MUSKEGON TWP. – Coming into their matchup on Tuesday, the Mona Shores and Reeths-Puffer girls basketball teams were on opposite ends of the standings in

Mona Shores was in first place with a one-game lead over second-place Wyoming with the regular season winding down. Reeths-Puffer sat five spots behind in sixth place. 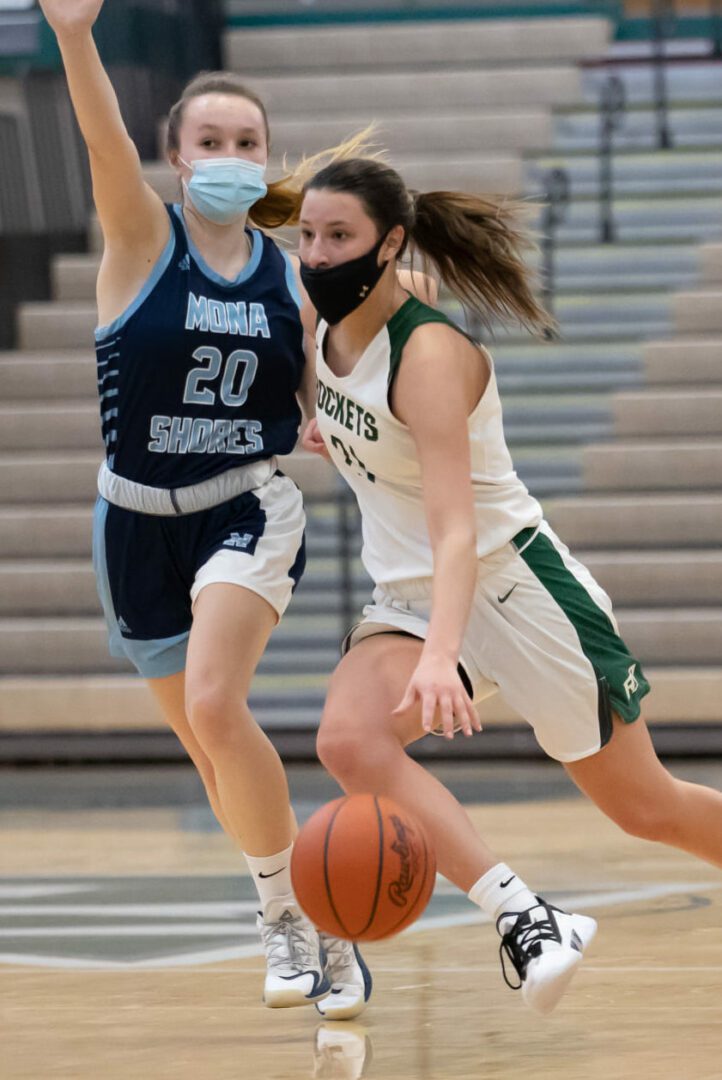 The first time the two teams met this season, the Sailors dominated in a 19-point victory, and most fans probably expected the same type of result.

But the rapidly-improving Rockets turned the tables on Tuesday, pulling off one of the biggest upsets of the season. They used strong execution and clutch free throw shooting to post a stunning 43-31 victory over the Sailors at Reeths Puffer High School.

When it comes to the Reeths-Puffer girls, don’t let the record fool you. The Rockets have been playing much better of late. On Feb. 23 they lost a nail-biter to Muskegon by two points. Four days later they lost a two-point game to Grand Rapids Union.

Last Thursday, the Rockets lost to Zeeland East in overtime, before defeating that team on Saturday.

“A lot of games have been really close,” R-P Coach Rodney Walker said after the game. “Being a young team, one of the things we have had to learn is how to win those close games.” 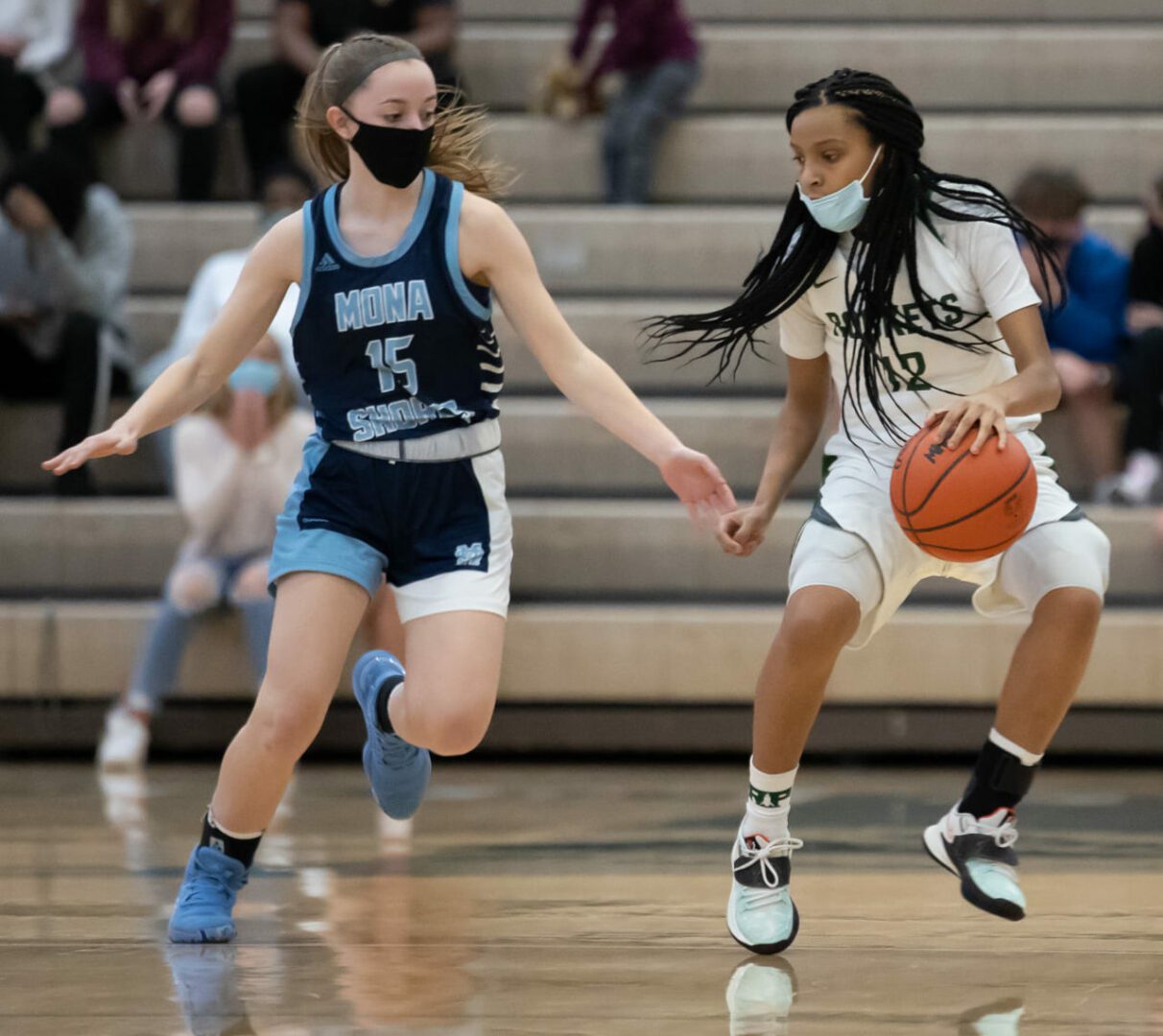 The Rockets held a 27-18 lead to start the fourth quarter. They got the ball and burned nearly a minute off the clock to start the quarter, before Coach Walker called a time out with 7:03 left.

“One of the things that we are trying to learn is clock management in a close game,” Walker said. “We are learning when it’s time to take a shot. One of the things we really focused on was shooting layups instead of jump shots, because we knew we were in the 1-and-1.”

R-P junior guard Arrionna Williams played a huge role down the stretch, recording six of her 12 points in the fourth quarter, with perfect 6-for-6 shooting from the free throw line.

Ally Sieber and Ariel Walker were both 2-for-2 from the line in the fourth quarter as well.

“We have been lacking leadership down the stretch, and she really stepped up and took ownership of our team on the court tonight,” Coach Walker said about Williams. “She got fouled a few times and made the free throws. That’s huge when you’re playing a team like Mona Shores.”

Despite the loss, the Sailors are still in first place, because they are the only team with nine conference wins at the moment. They are now tied in the loss column with Wyoming and Muskegon. 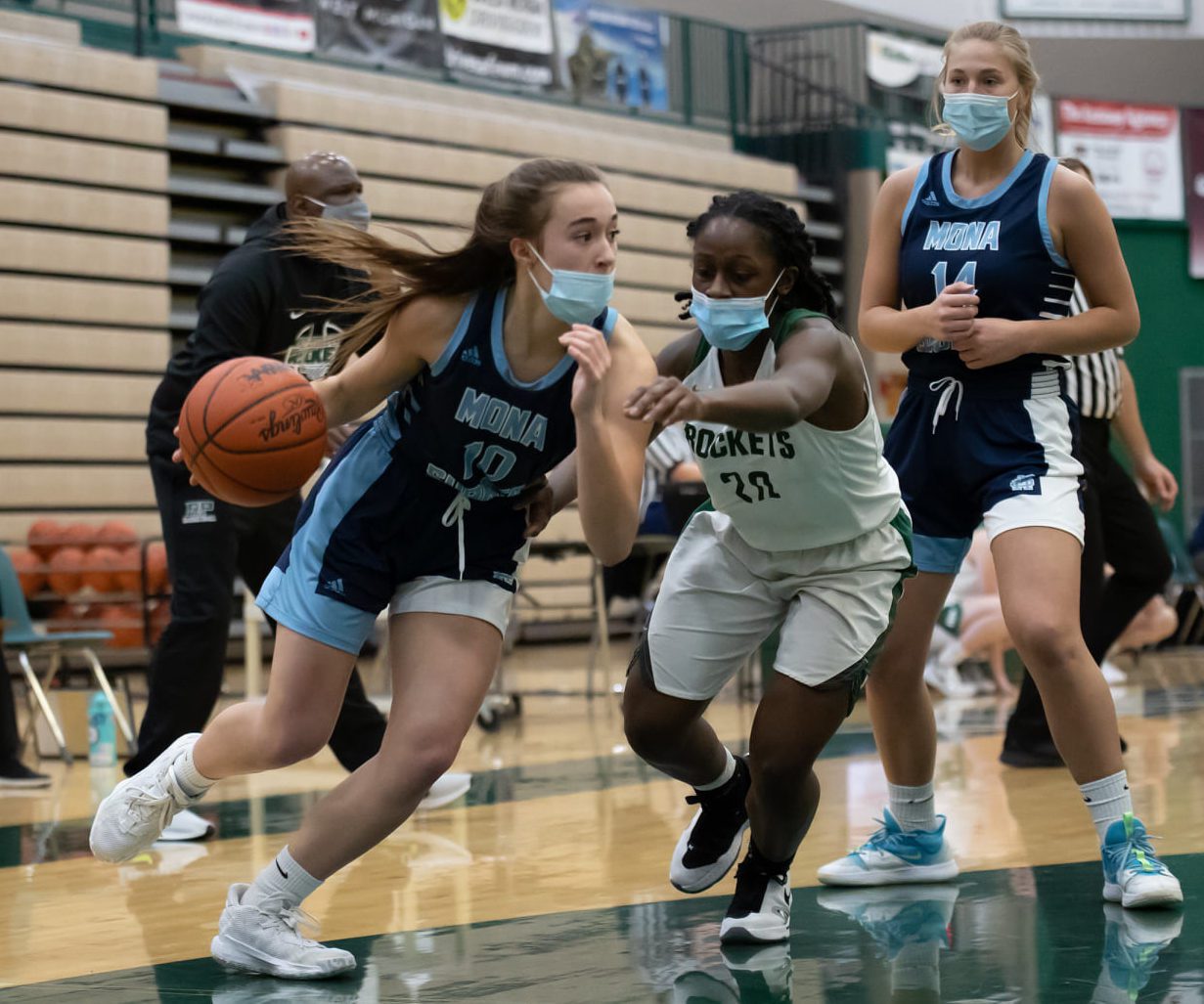 The Sailors still control their own destiny in the title race with remaining conference games against Zeeland East and Holland before finishing the schedule at Muskegon.

“It would be nice to have that one-game cushion,” Mona Shores Coach Mike Phillips said about the conference race. “We are in an extremely tough conference, and you never know on any given night. Every team at this point has lost to somebody.

“We’re in a spot where we can still control our own destiny, which is good, but just not as good as when we started the night.” 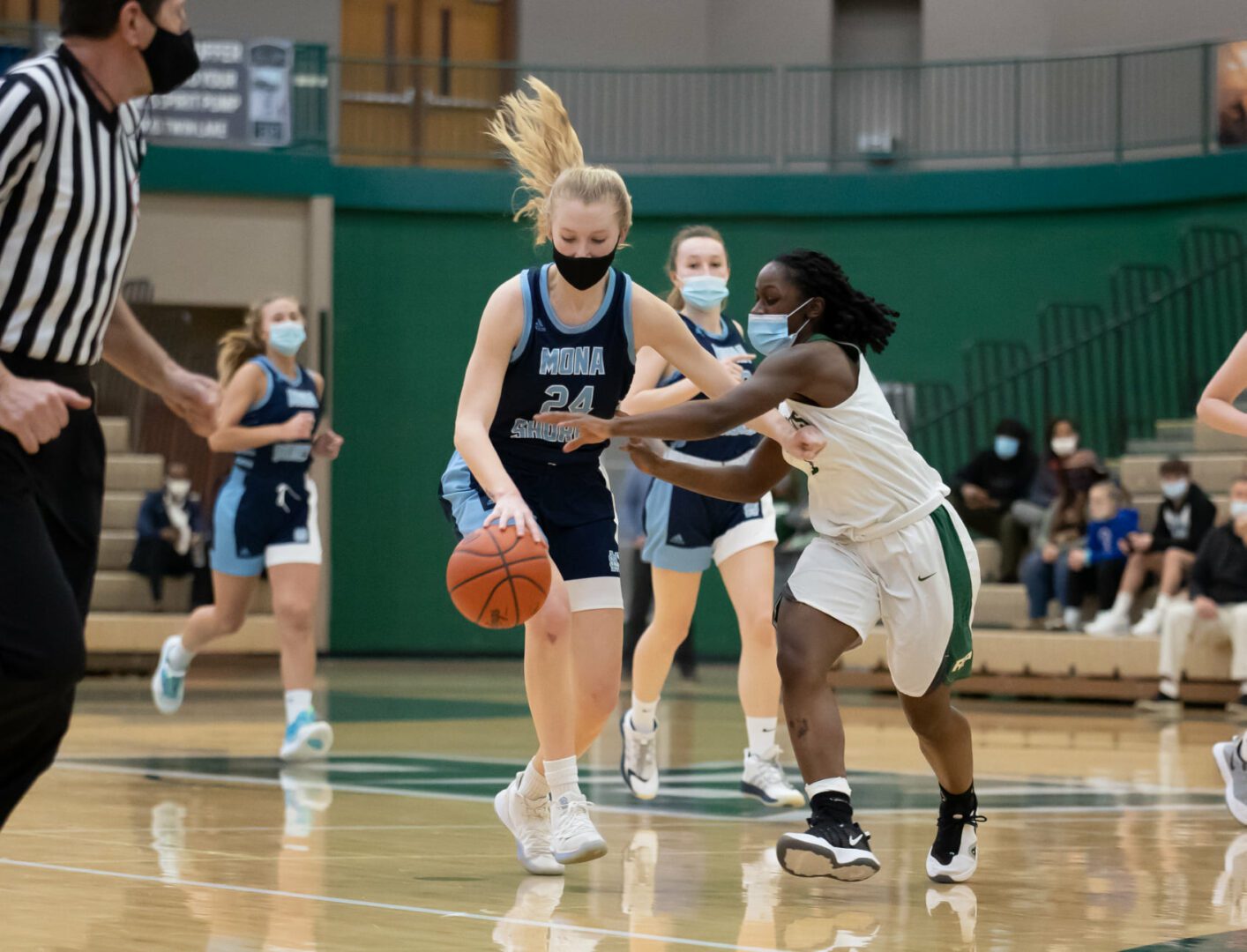 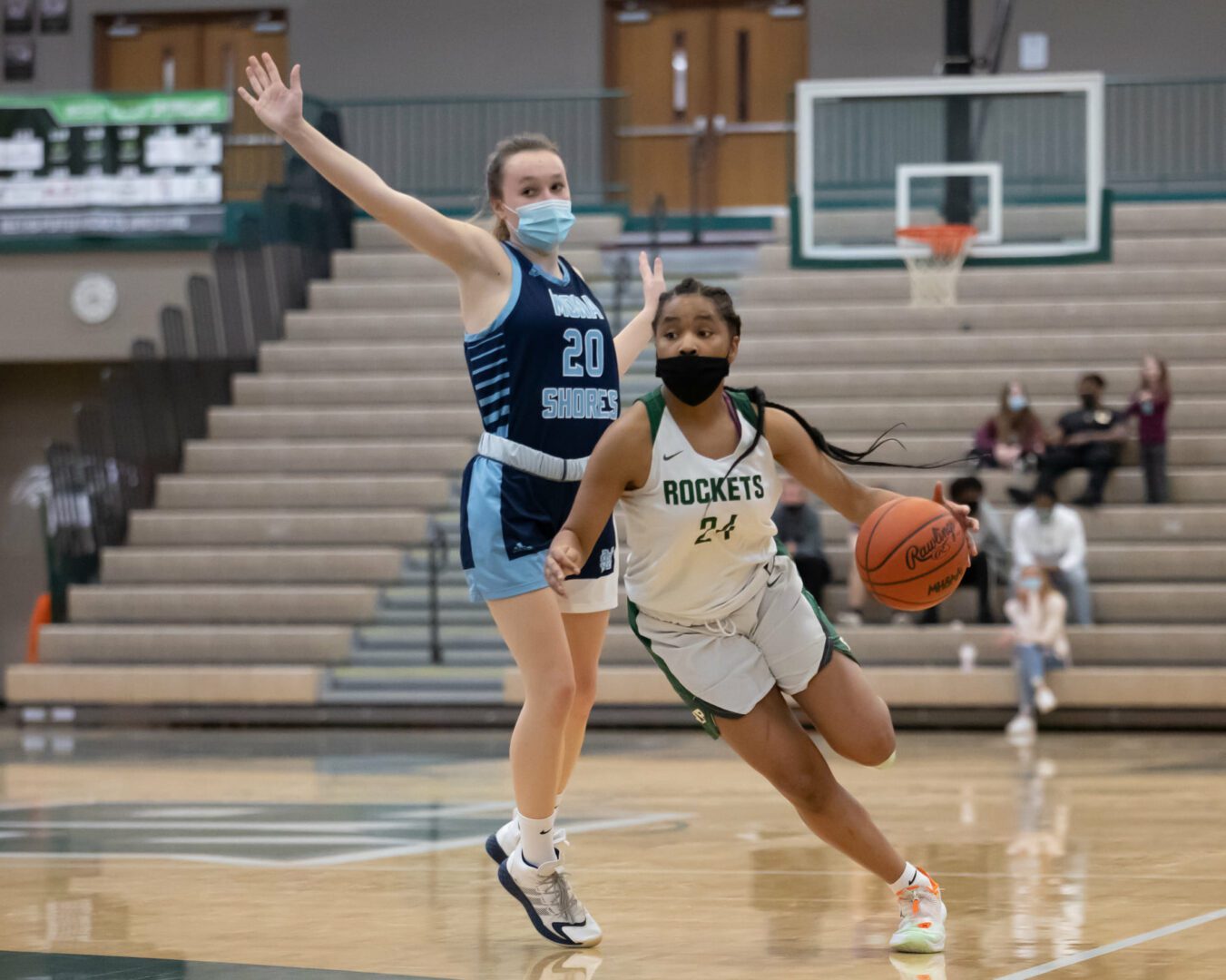 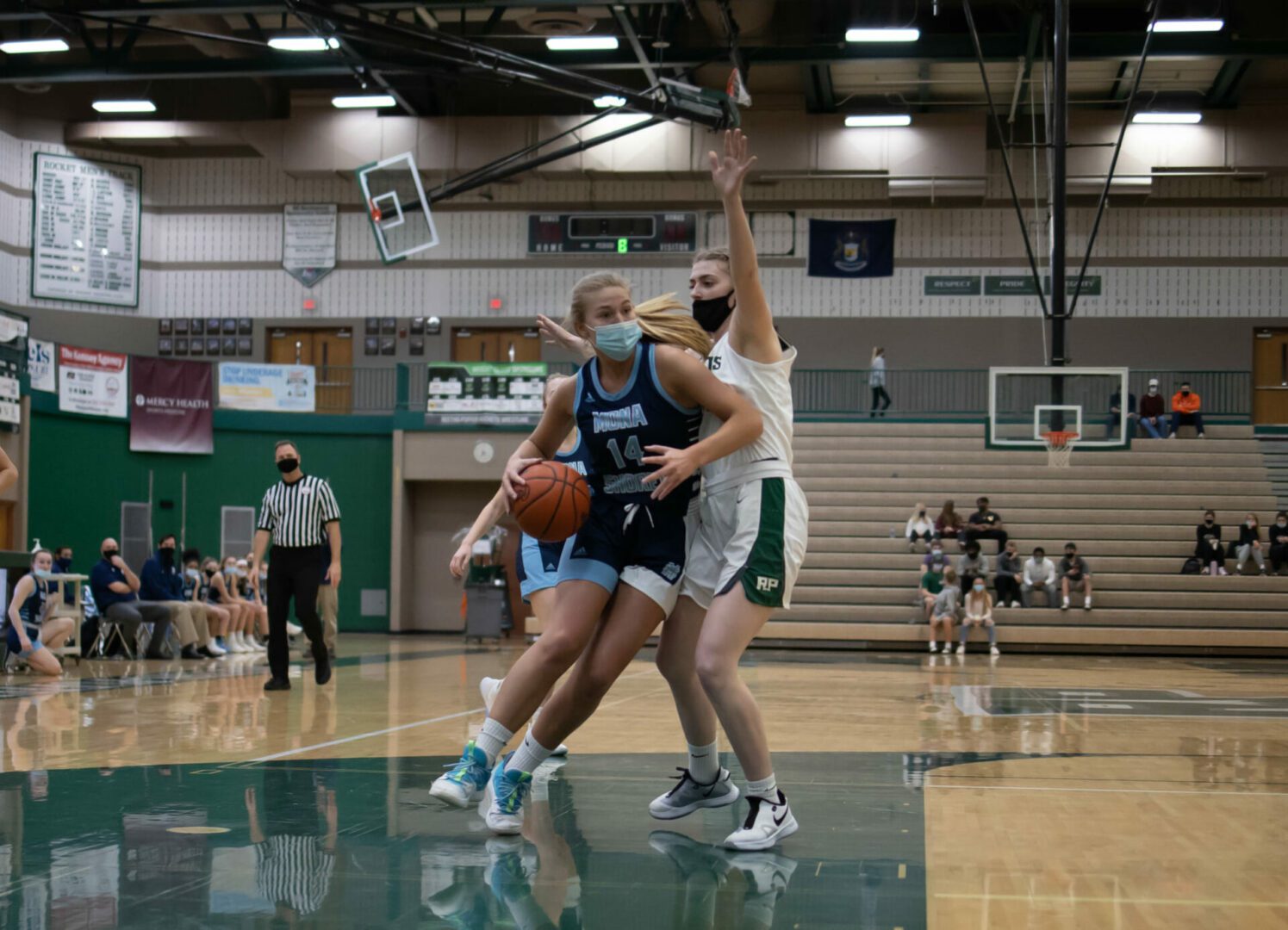