SPRING LAKE – The Spring Lake girls basketball team really needed a win, and the Lakers went out and got it on Tuesday the old-fashioned way – with stifling defense.

Spring Lake held Holland Christian to just four points in the first quarter and one in the second, en route to an impressive 47-29 victory at home in O-K Blue Conference action. 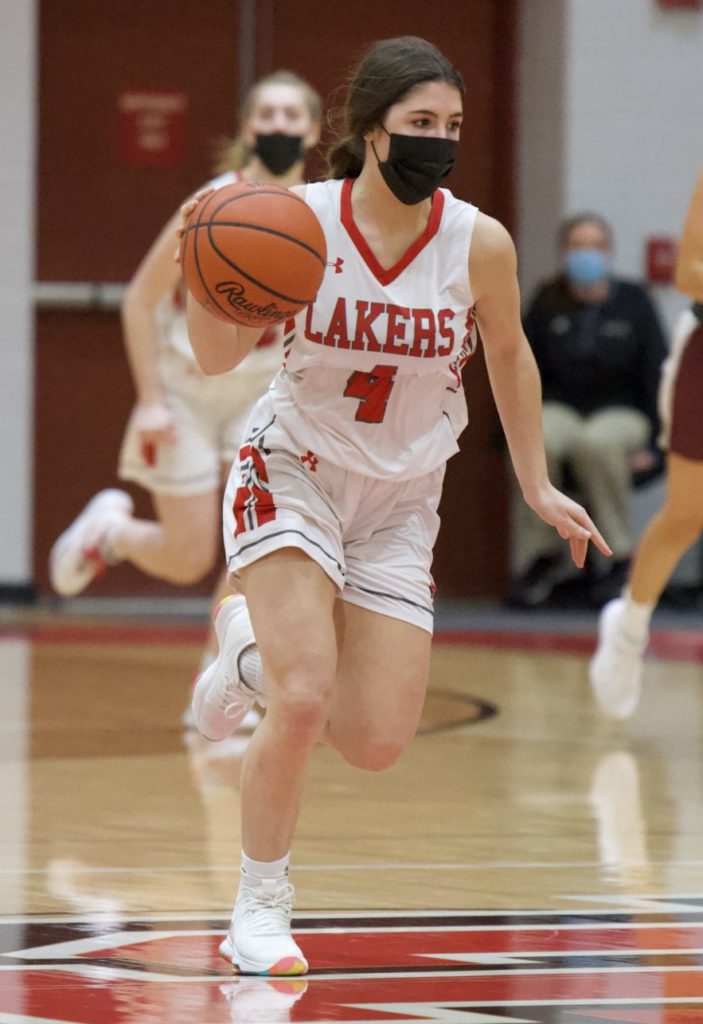 The stingy Lakers held Holland Christian to 21 percent shooting from the floor, and helped their own cause by gathering 12 steals that led to some east transition buckets.

The Lakers improved to 3-4 overall and 3-4 in conference play. They moved ahead of Holland Christian in the conference standings, with the Maroons dropping to 2-5 in the league.

“I’m not sure they actually understand how big of a win that was, because Holland Christian is a very good team,” said Spring Lake coach Rich Hyde about his players. “For us to set the tone defensively at the beginning of the game was just phenomenal.”

The 2021 season is Coach Hyde’s second year back with the Lakers girls varsity, after he took several years off. He said this season has tired him out more than previous years, but he also clearly likes his young team and is determined to help it develop.

“I’’ve been very, very fortunate to have a lot of great boys and girls playing for me over the years, and this is a group that is a very special group,” said Hyde, who has been coaching prep basketball for 25 years. “There’s a lot of kids they want to do well, they just might not be as experienced as some of the other groups.”

Hyde hopes Tuesday’s victory is a clear sign that his team has started to get into a flow, and can be more competitive in the second half of the very short season. The goal is to gain splits when they face the conference opponents they lost to in earlier in the season, then continue to push forward. 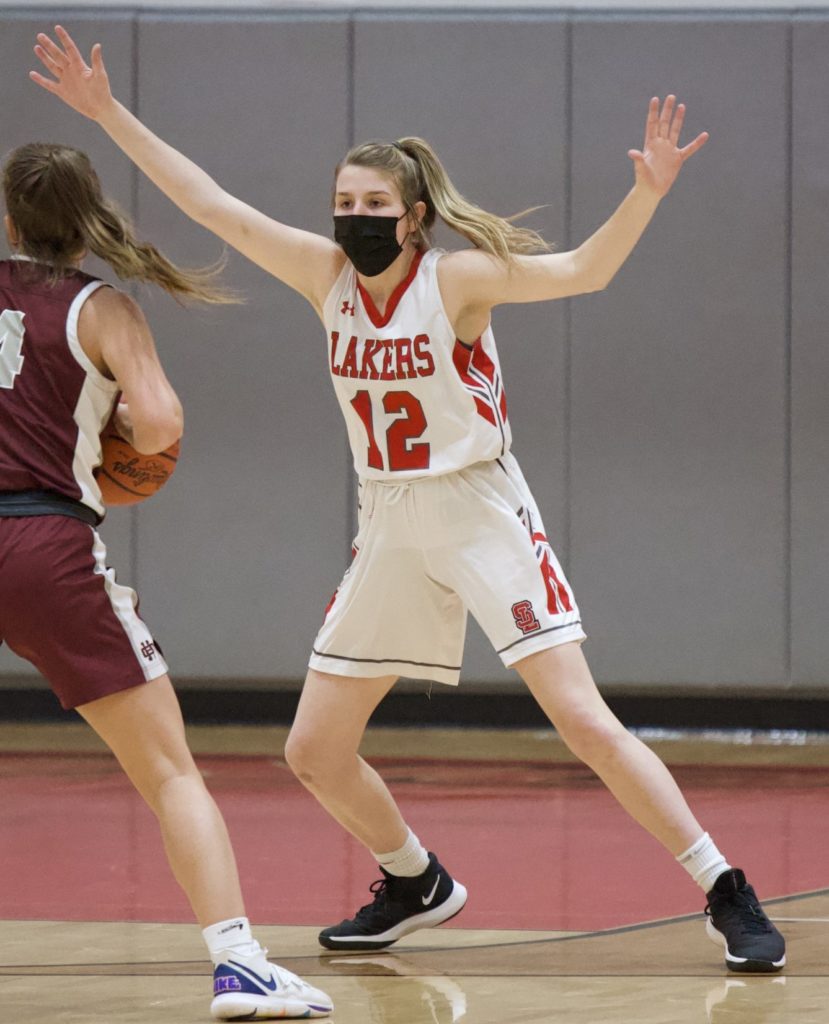 The first order of business will be trying to gain a season sweep over Holland Christian when they play the Maroons again on Saturday.

“Our goal is to get as high in the middle of the pack as we can,” Hyde said about the conference standings. “Were just trying to gun for the next person above us and trying to leapfrog one at a time.”

The game was never really close. The Lakers led 10-4 after one quarter and 22-5 at halftime. Zoe Walters led the Lakers with eight points in the first half while teammate Eryn Bouwhuis added four.

The contest was more even in the second half, with Spring Lake holding a 25-24 edge, but the first-half gap gave the Lakers more than enough breathing room to secure the win.

Spring Lake helped its own cause by sinking 17 of 23 free throw attempts in the game. 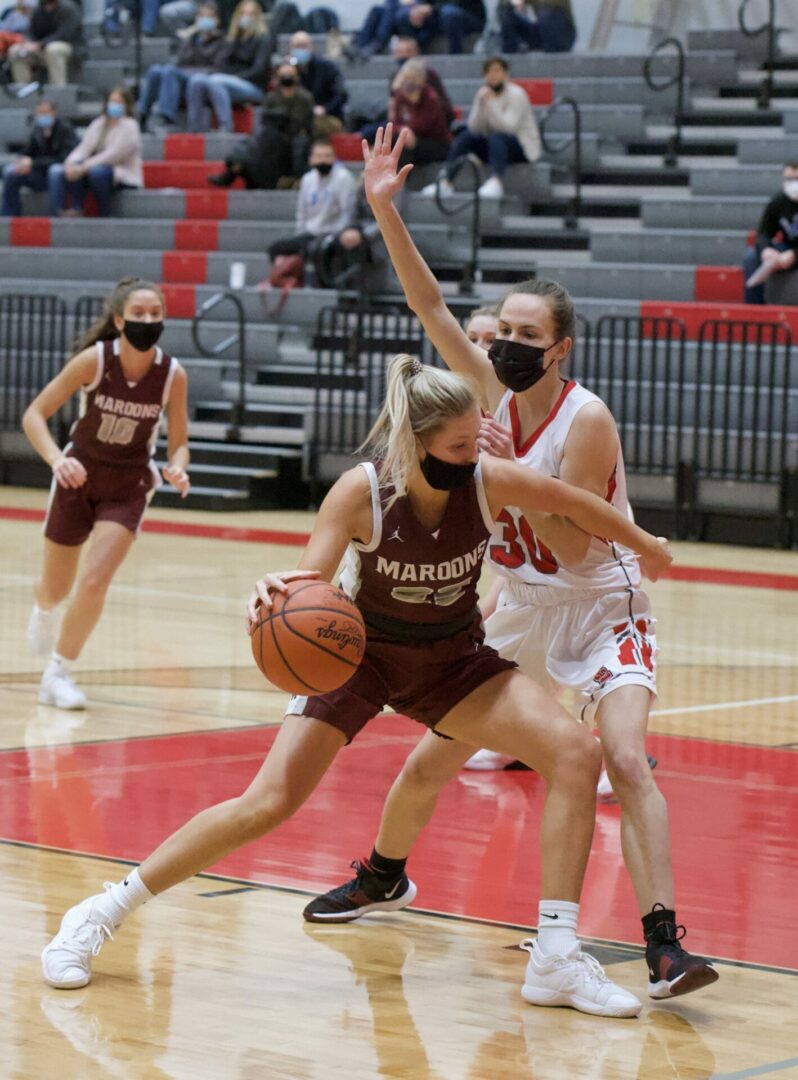 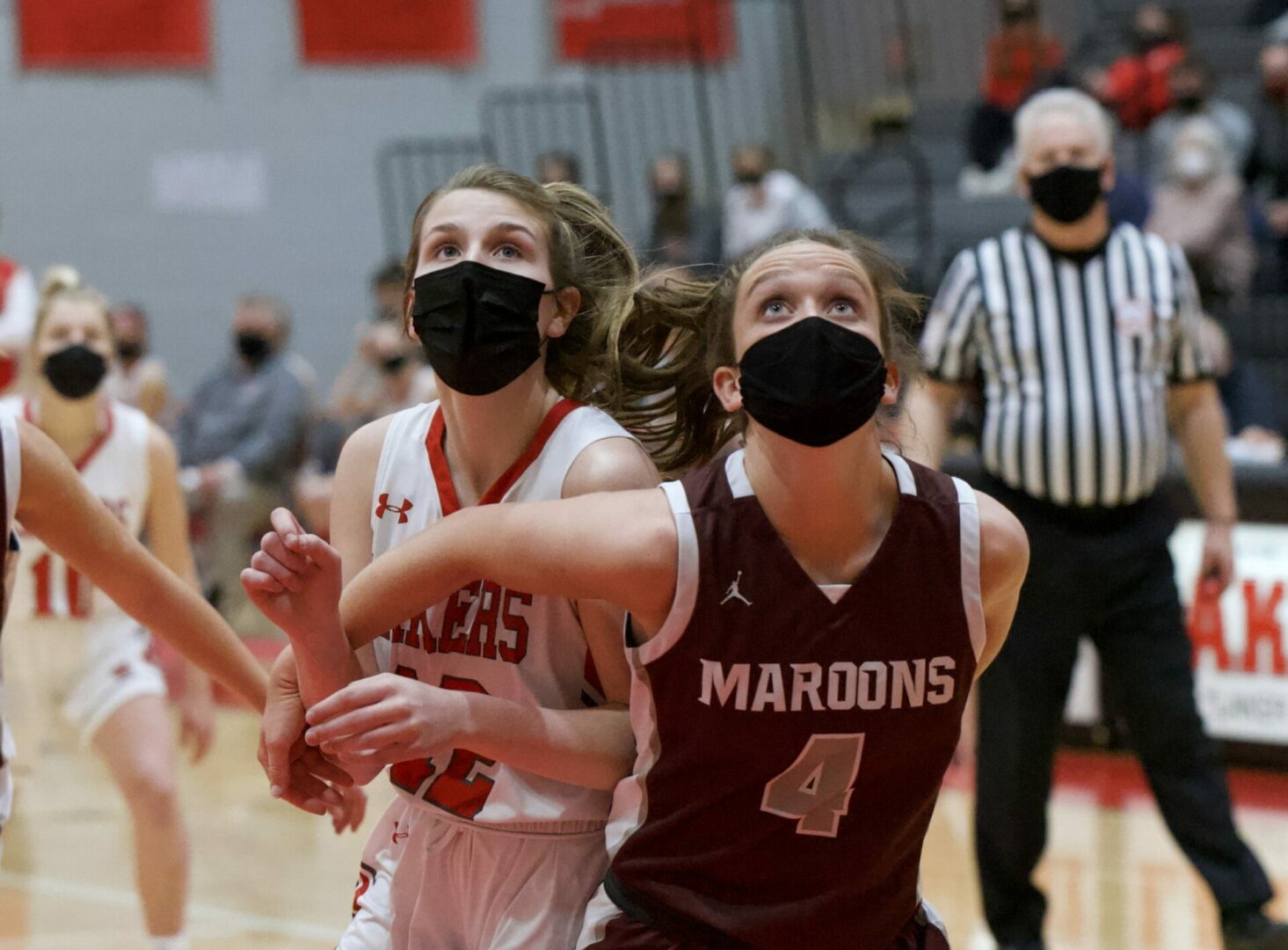 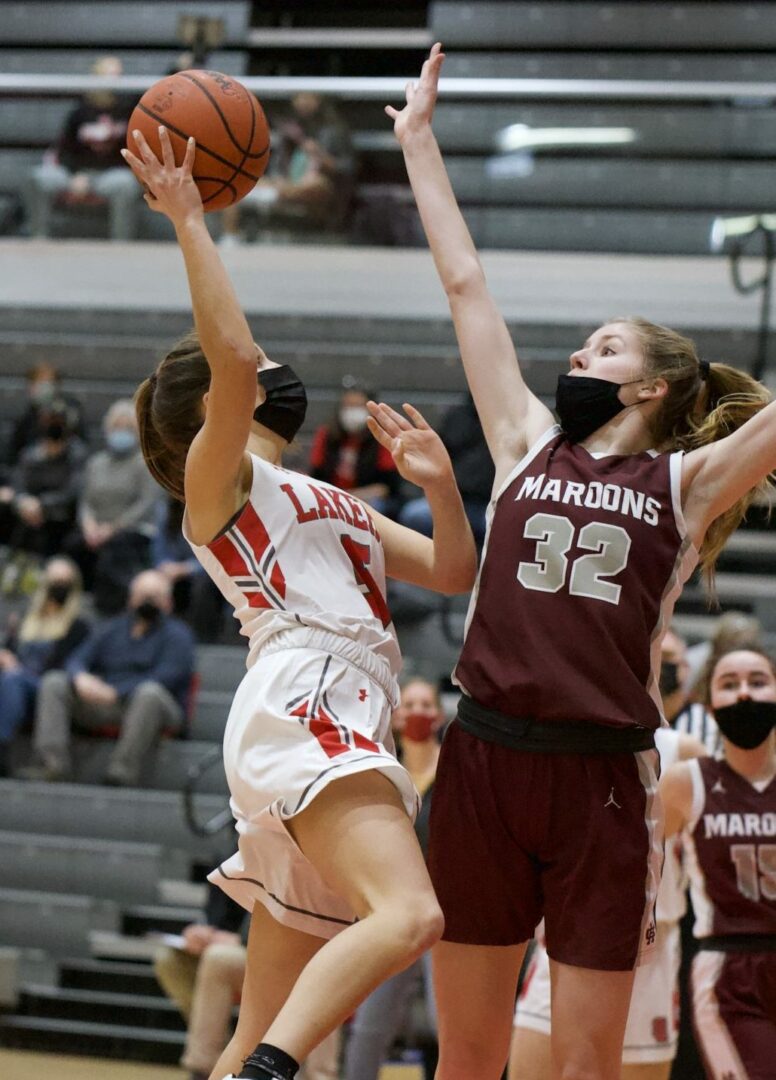 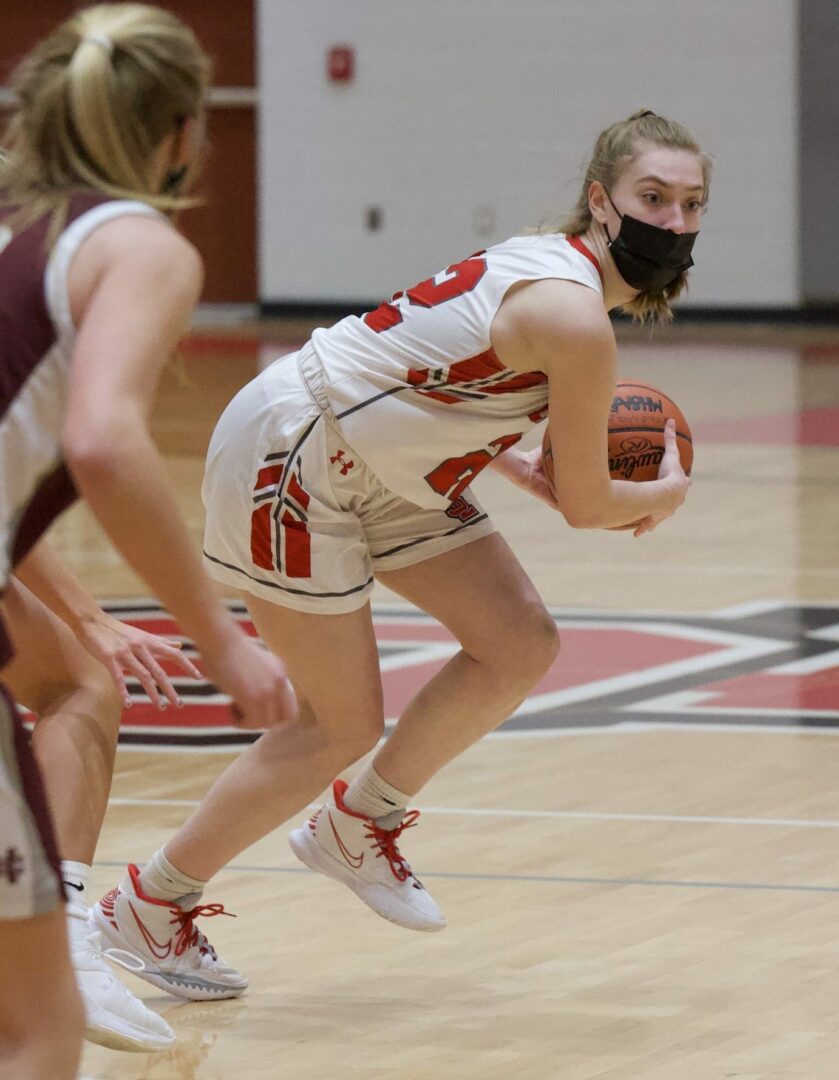 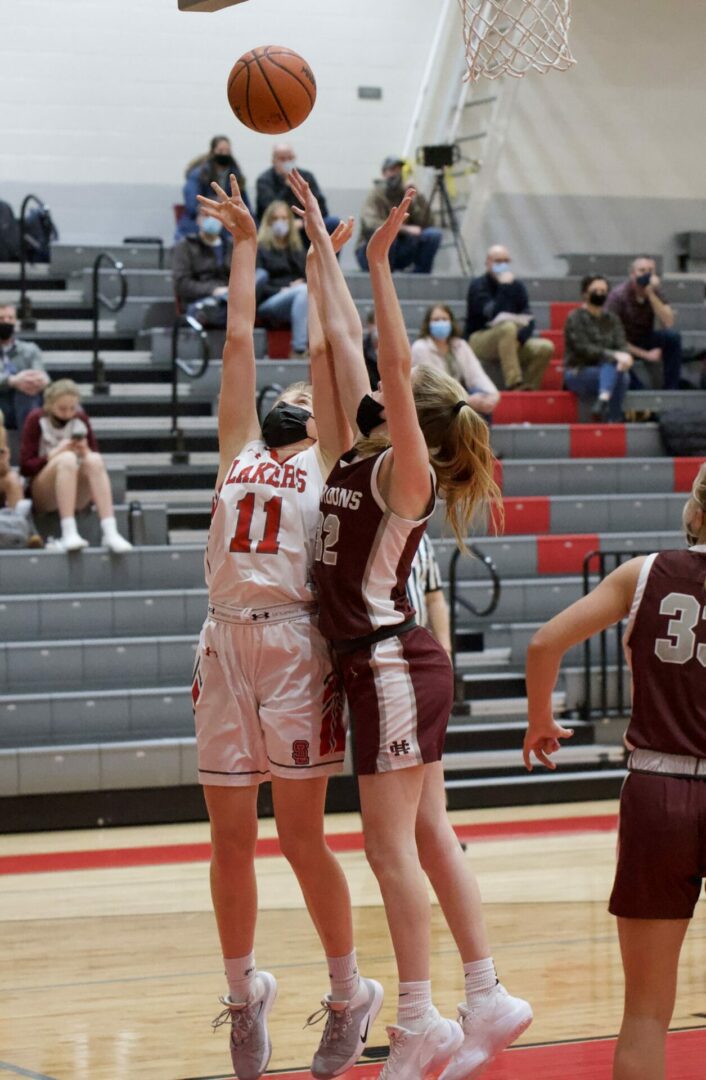 No. 11 Zoe Walters goes up for a shot in the lane for Spring Lake. Photo/Kelly Gates 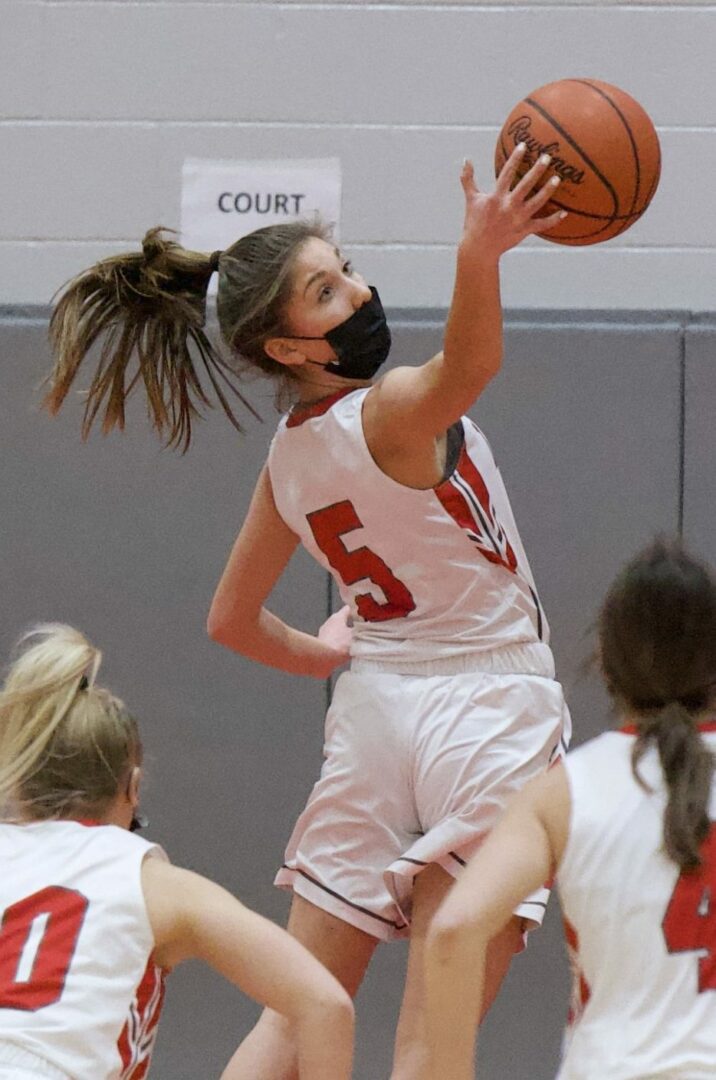 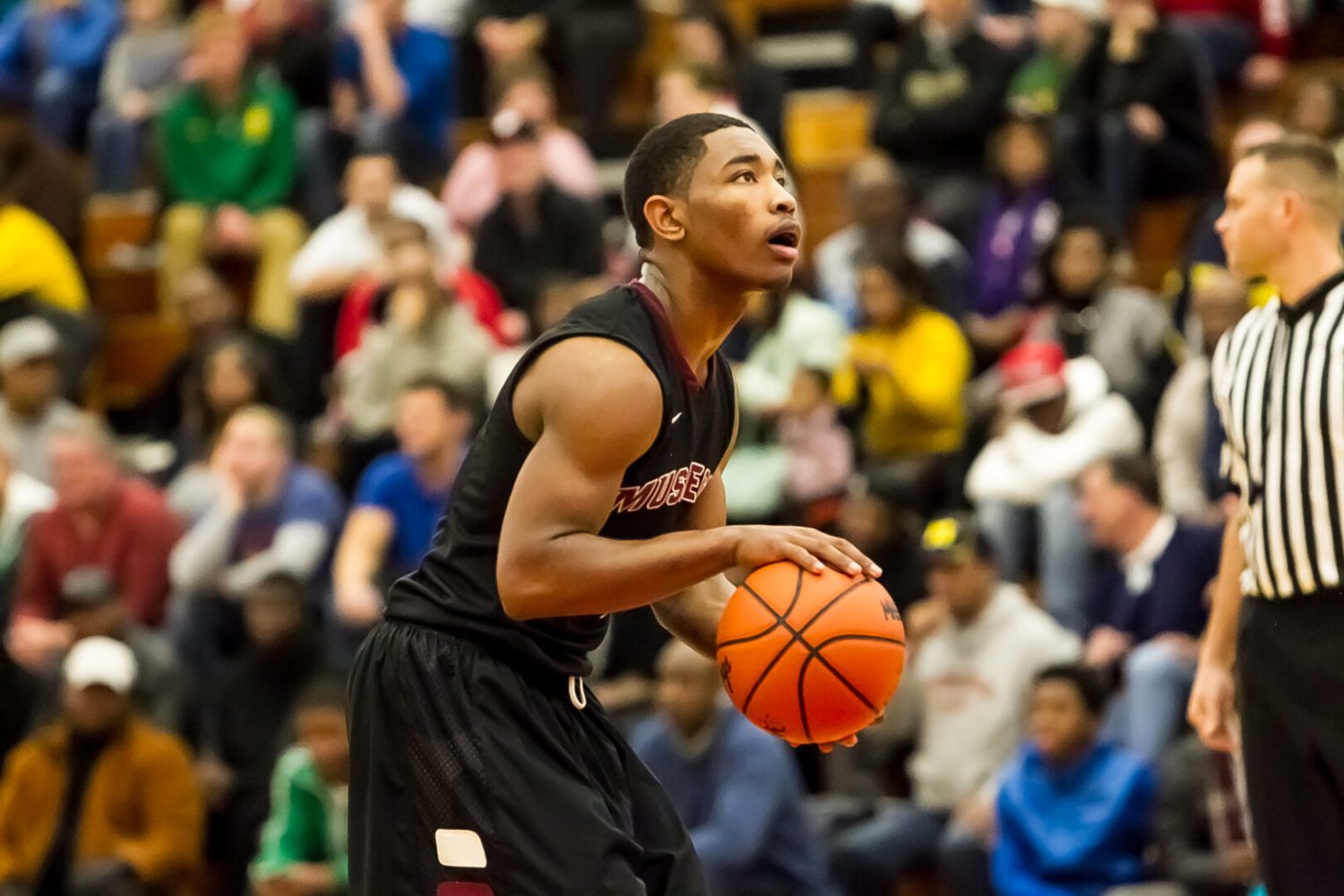