The Muskegon girls basketball team overcame a rough first quarter and edged out Reeths-Puffer 40-37 on Tuesday in an O-K Green conference matchup.

Reeths-Puffer led 13-3 after one quarter, but the Big Reds shut down the Rockets in the second, outscoring them 20-0 to take a 23-13 lead at halftime. 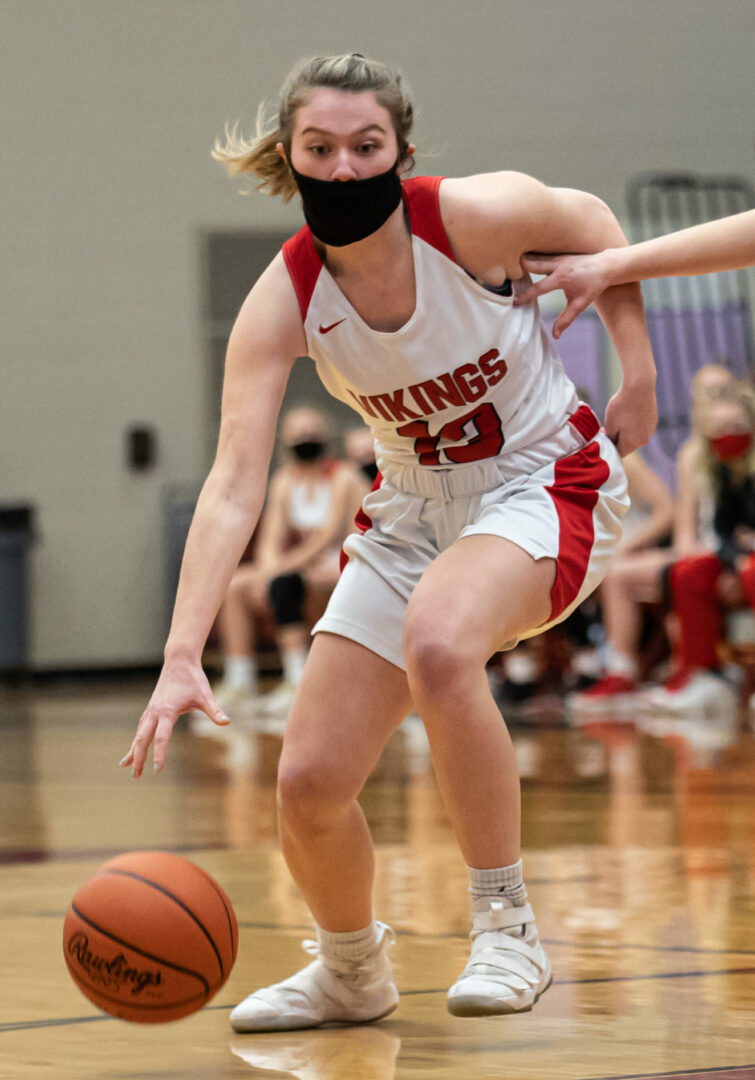 Makenna Russell dribbles into the paint for Whitehall. Photo/Tonya Pardon

The Rockets fired back in the third quarter and led 31-28 at the buzzer, but Muskegon prevailed for the win.

The Muskegon girls team did not report game information.

WHITEHALL 53, RAVENNA 19 – The Vikings used a big first quarter to roll past Ravenna, jumping out to a 17-4 lead led by 3-pointers from Kenzie Johnson, Charley Klint and Greta Hosticka. Johnson and Hosticka led Whitehall with 13 and 12 points, respectively. Karleigh Jeffries chipped in 11 points and Klint finished with seven points.

Whitehall led 23-10 by halftime and held the Bulldogs to two third-quarter points, taking a 37-12 lead into the final quarter. 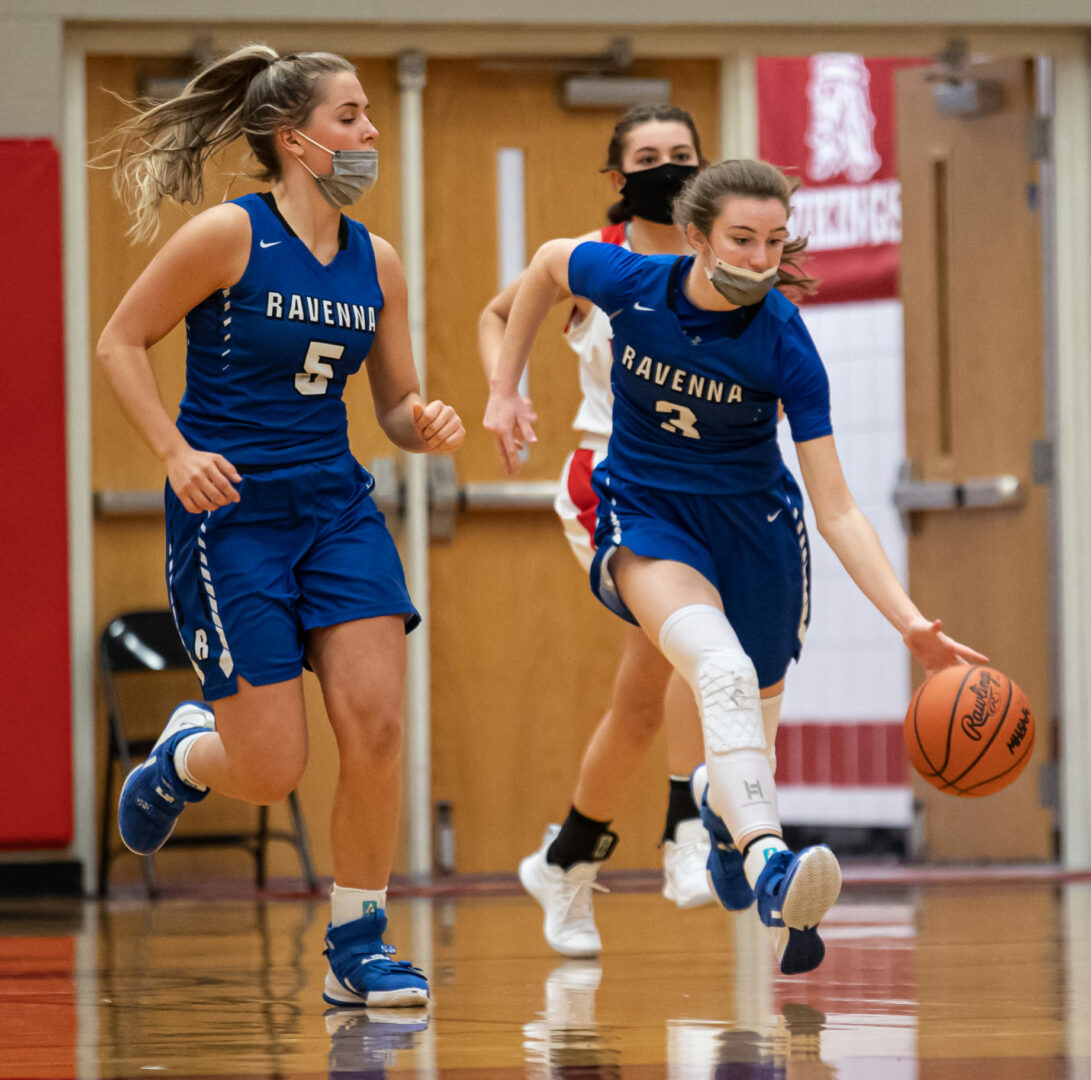 Emma Gillard dribbles the ball up court as No. 5 Laney Mabrito follows for Ravenna. Photo/Tonya Pardon

Ravenna was led by Tori Woodwyk with eight points while Emily Crowley had six points.

ALLENDALE 40, SPRING LAKE 26 – Allendale jumped out to a 17-4 lead after the first quarter and 27-6 at halftime. Spring Lake fought back in the second half, outscoring Allendale 20-13, but they were unable to overcome 24 turnovers and 20 percent shooting from the field.

The loss puts Spring Lake at 6-7 overall and in the O-K Blue.

HUDSONVILLE 56, GRAND HAVEN 30 – The Eagles outscored the Buccaneers in each quarter to take the win in the O-K Red conference. Hudsonville led 13-8 after the first quarter, 29-14 at halftime, and 43-22 at the end of the third. 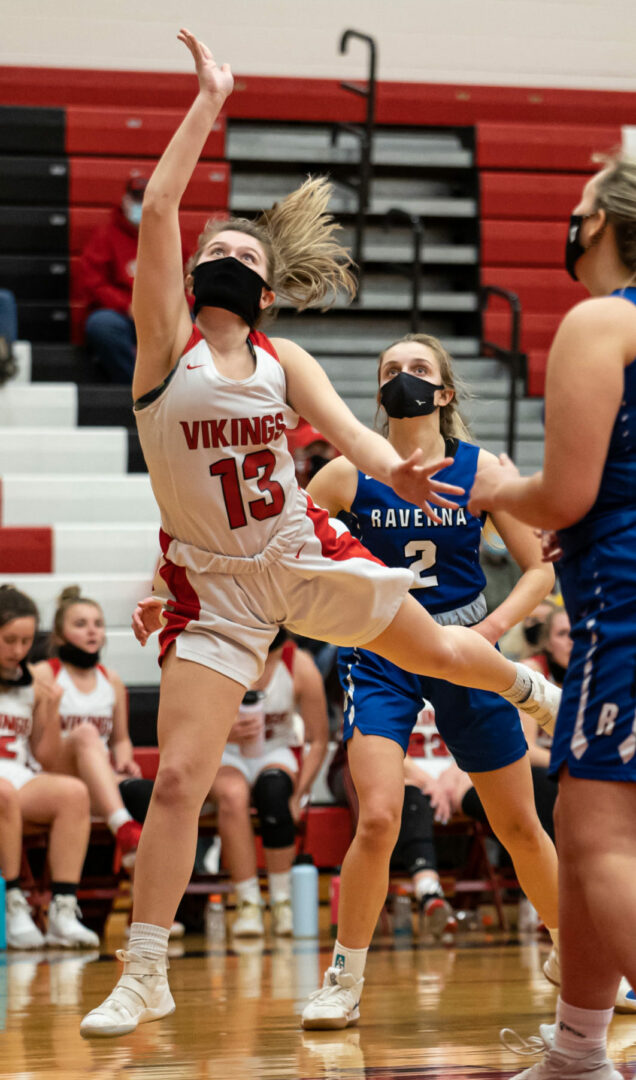 MaKenna Russell goes up for a Whitehall layup. Photo/Tonya Pardon

The Buccaneers fell to 3-10 for the regular season and in the O-K Red conference.

MUSKEGON CATHOLIC 46, MANISTEE 34 – The Crusaders ran away with the conference win by opening a 20-0 lead after one quarter. MCC led 29-7 at halftime and 36-14 after three quarters.

Claire LaVigne and Erin LaVigne each had 10 points for the Crusaders while McKenna Gentry added nine and Kathering Rauch scored eight points.

Ravenna’s No. 5 Laney Mabrito stands next to Whitehall’s Olivia Tjapkes and No. 3 Kenzie Johnson. Photo/Tonya Pardon

Kent City controlled the game the whole way, jumping out to a 21-5 lead after the first quarter and raising it to 31-14 at halftime and 58-28 after three quarters.

Kenzie Bowers was the high scorer for Kent City with 24 points, Jenna Harrison followed up with 12 points while Maddie Geers had 10.

HESPERIA 72, LAKEVIEW 20 – Hesperia had control of the game from the start, taking an 18-3 lead after the first quarter and expanding it to 30-9 at halftime and 55-15 after three quarters.

Charley Klint gets ready to take a free throw for Whitehall. Photo/Tonya Pardon

Emily Bayle was the star of the show with 24 points, seven steals, and seven assists, while Emmi Tinkham had 16 points and Emma Joppich added 13 for Hesperia.

The win puts Hesperia at 7-5 overall and 3-5 in the CSAA Silver.

Haley Zerlaut led Fremont with 21 points on the night while Calla Miller had a double-double with 14 points and 10 rebounds.

The Packers are now 5-11 overall and 5-8 in conference play.

Emma Gillard dribbles the ball up court as No. 5 Laney Mabrito follows for Ravenna. Photo/Tonya Pardon 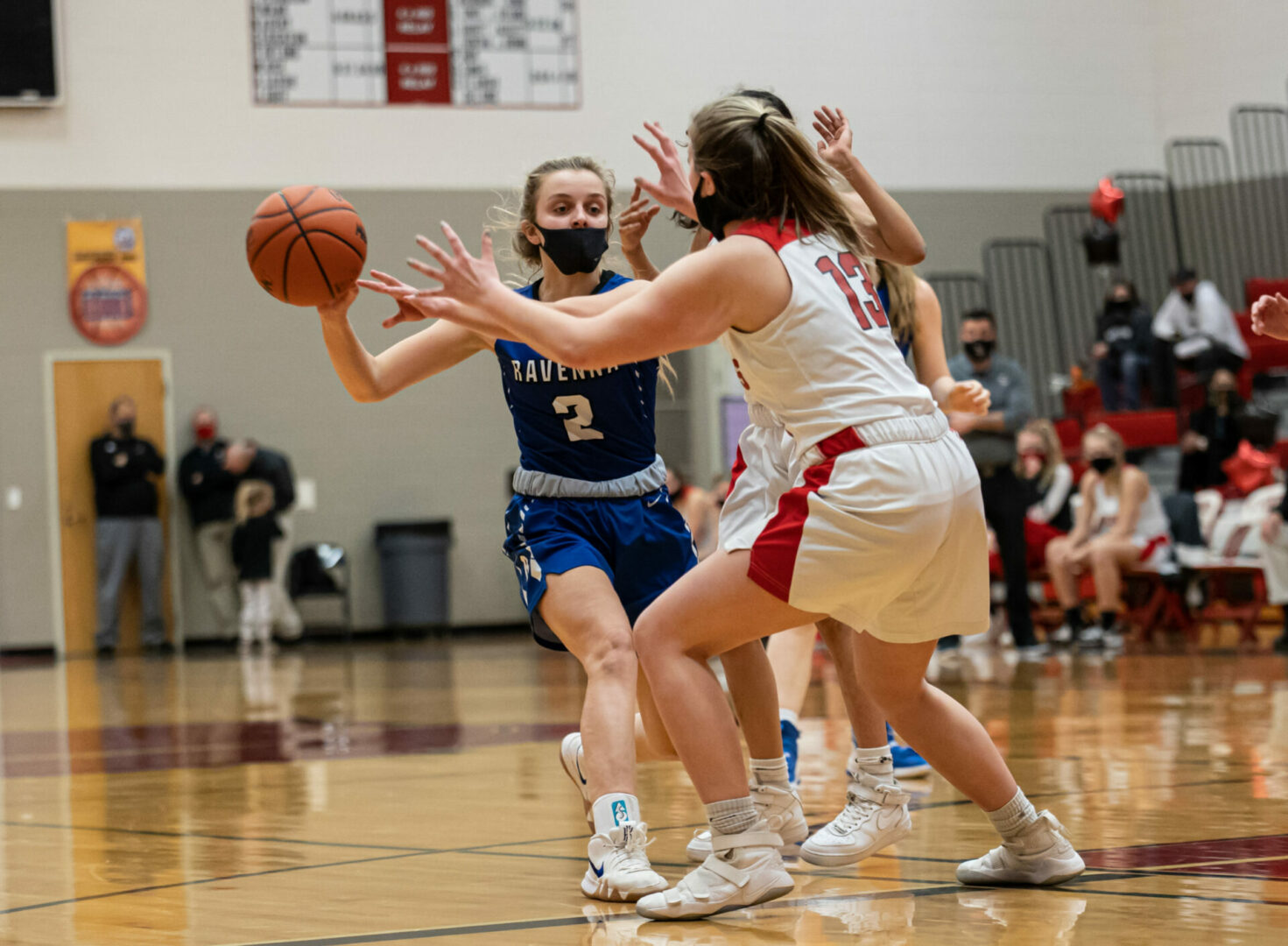 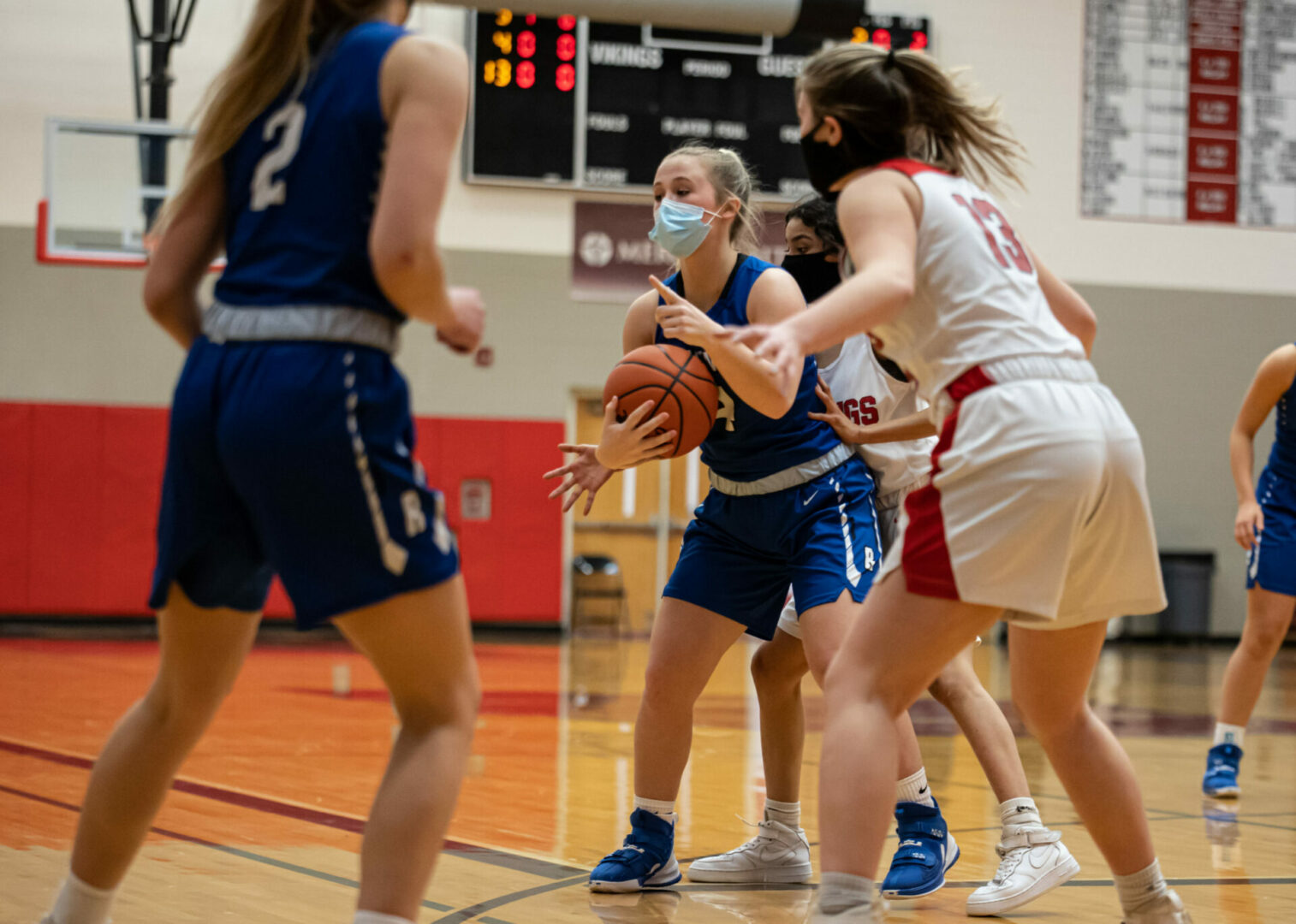 Madeline Kilbourne gets tied up by Whitehall with the ball. Photo/Tonya Pardon 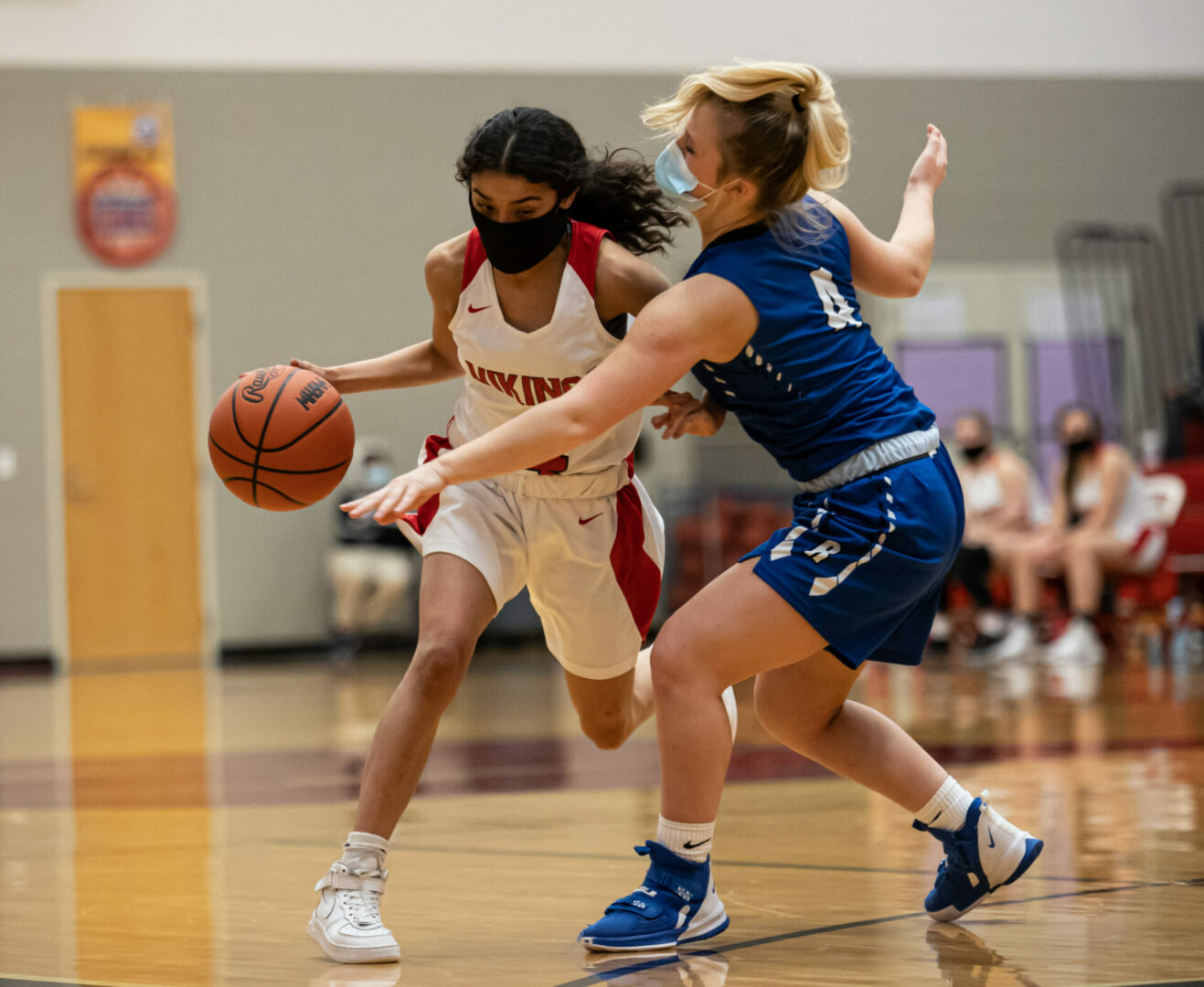 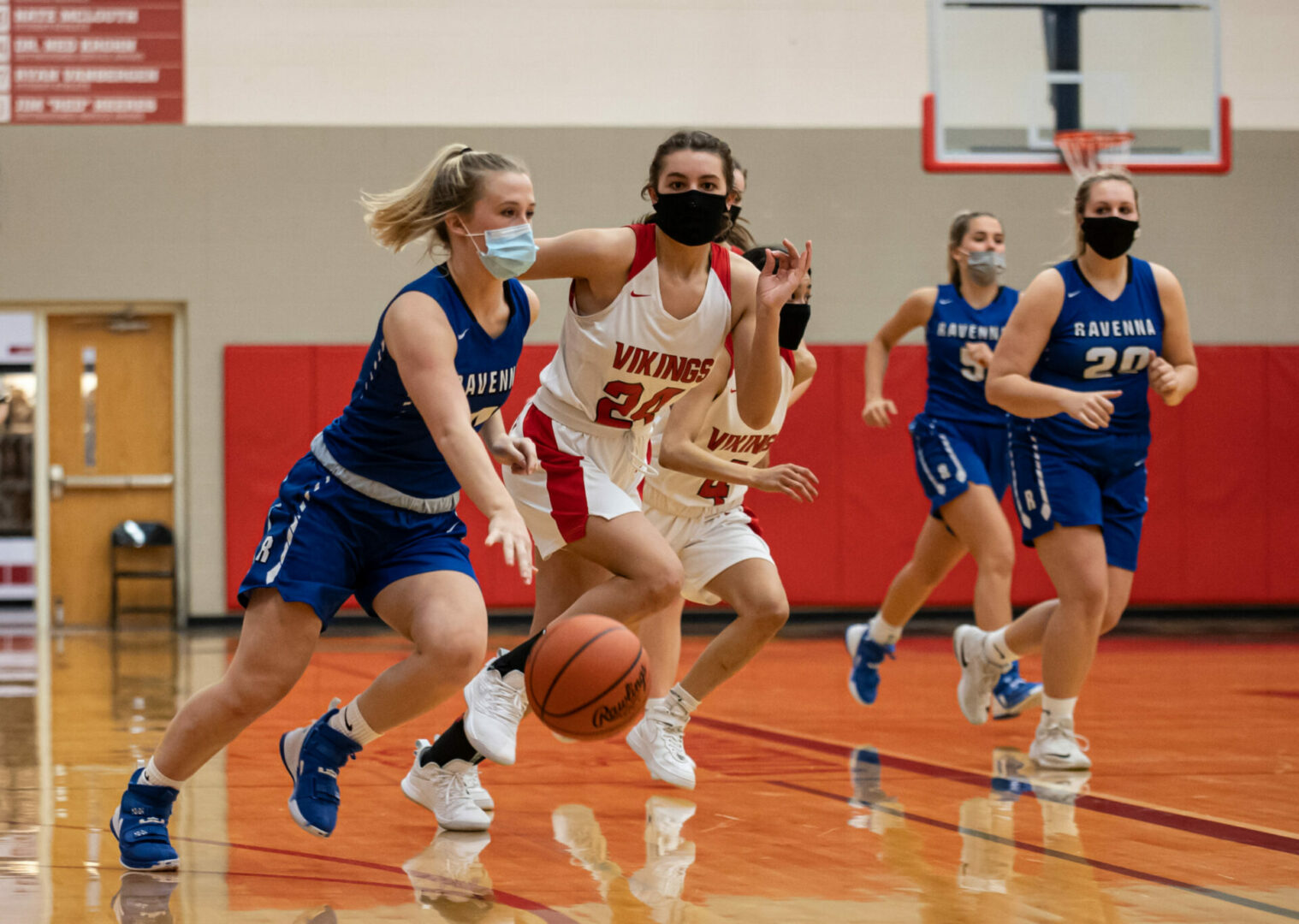 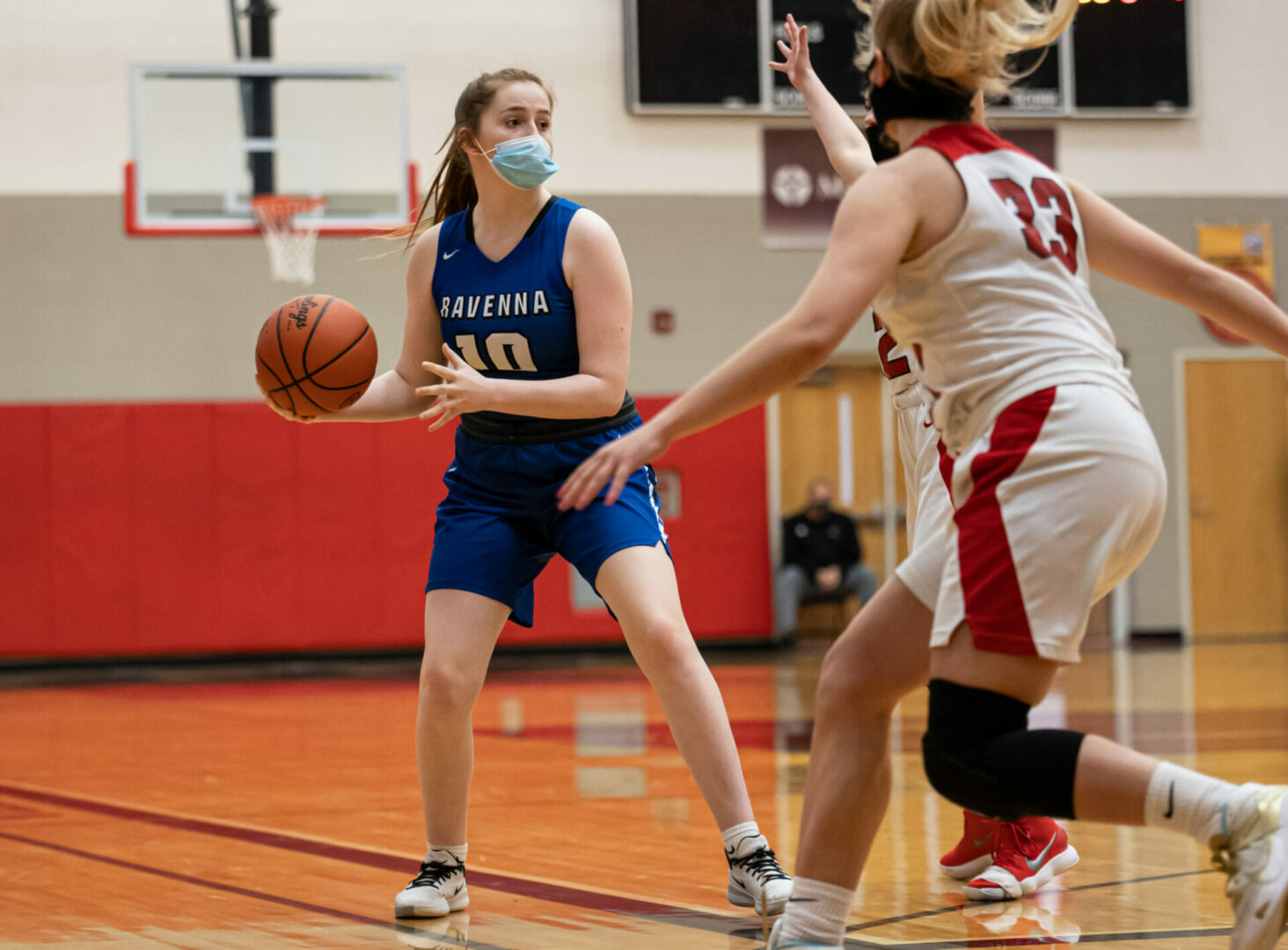 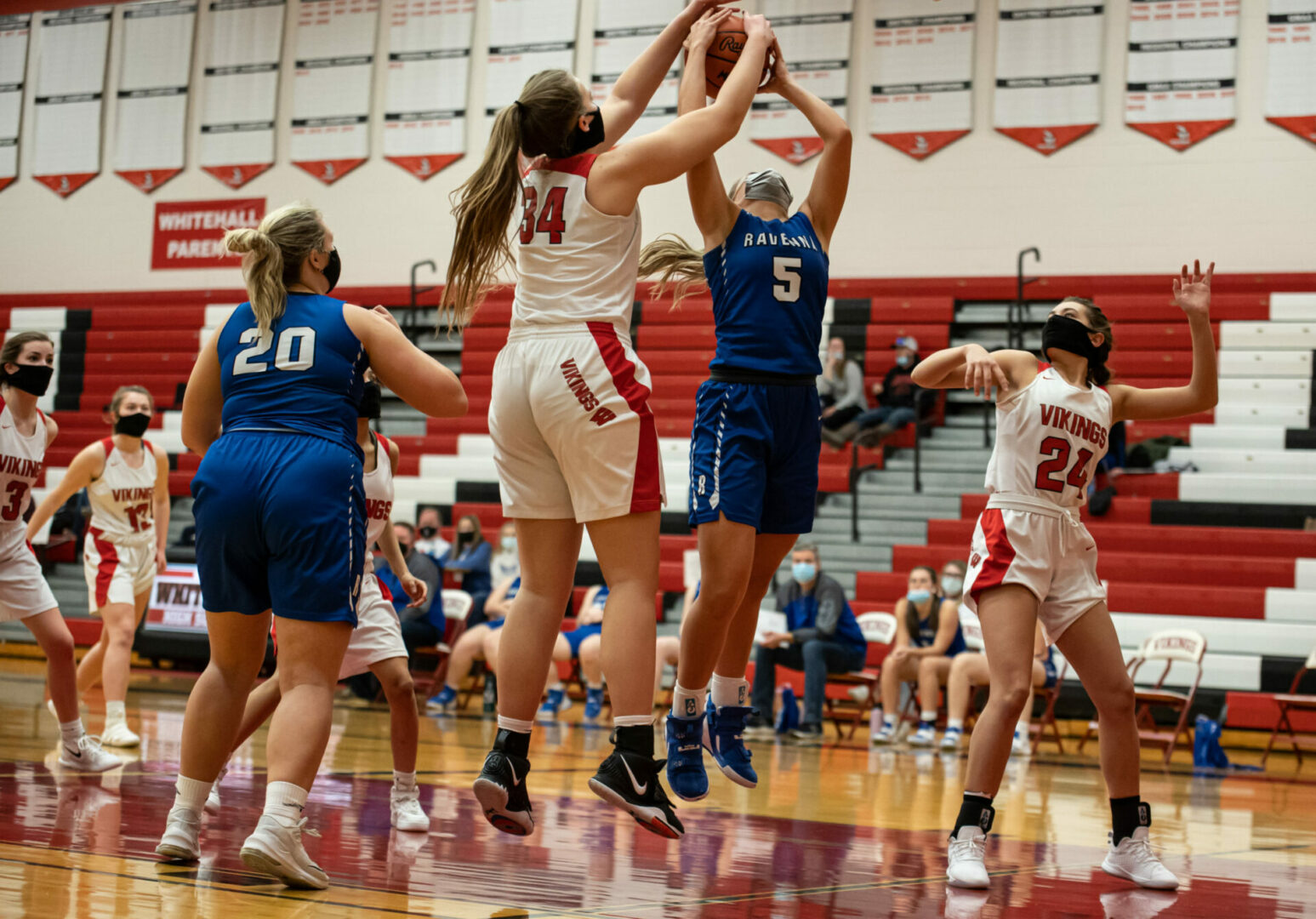 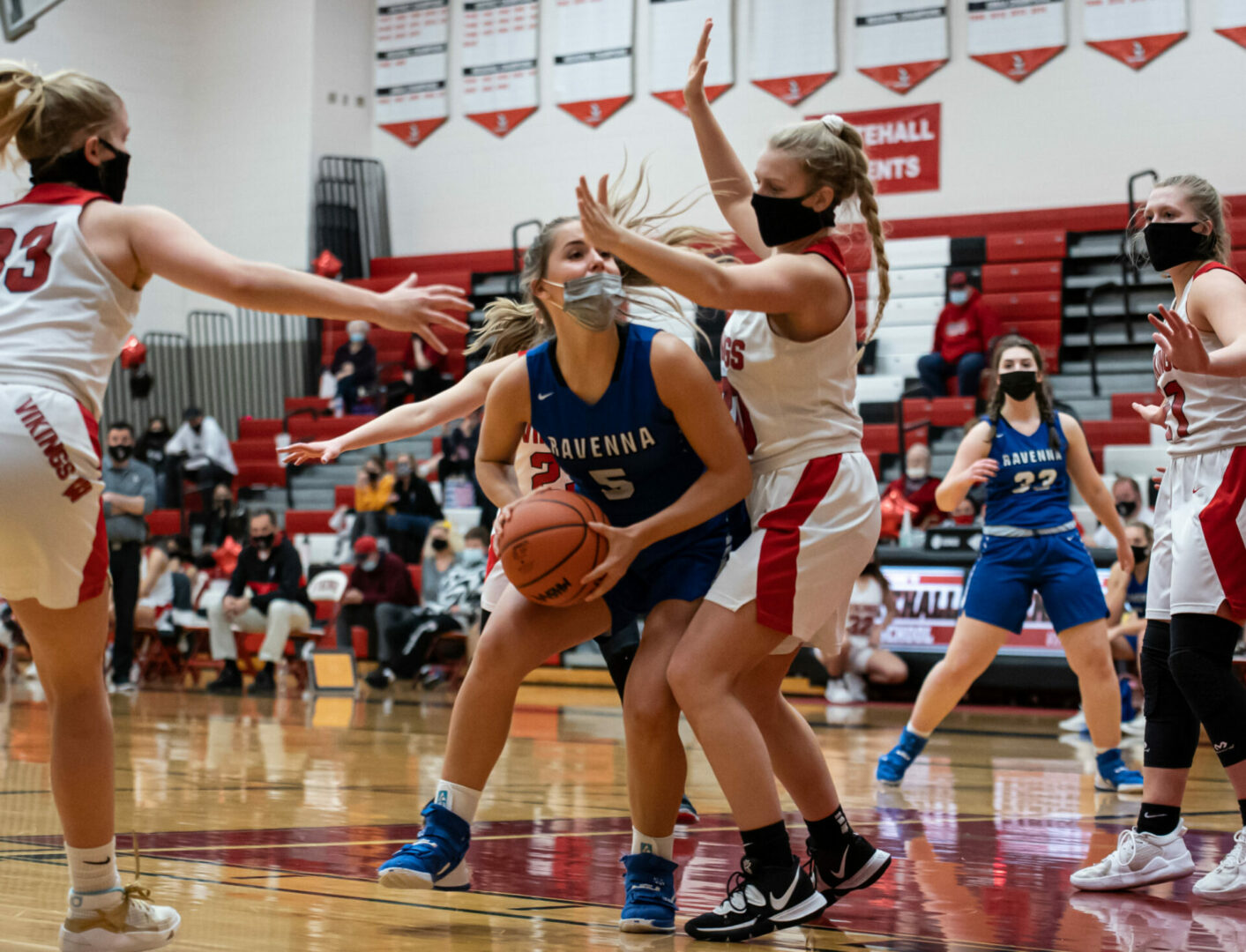 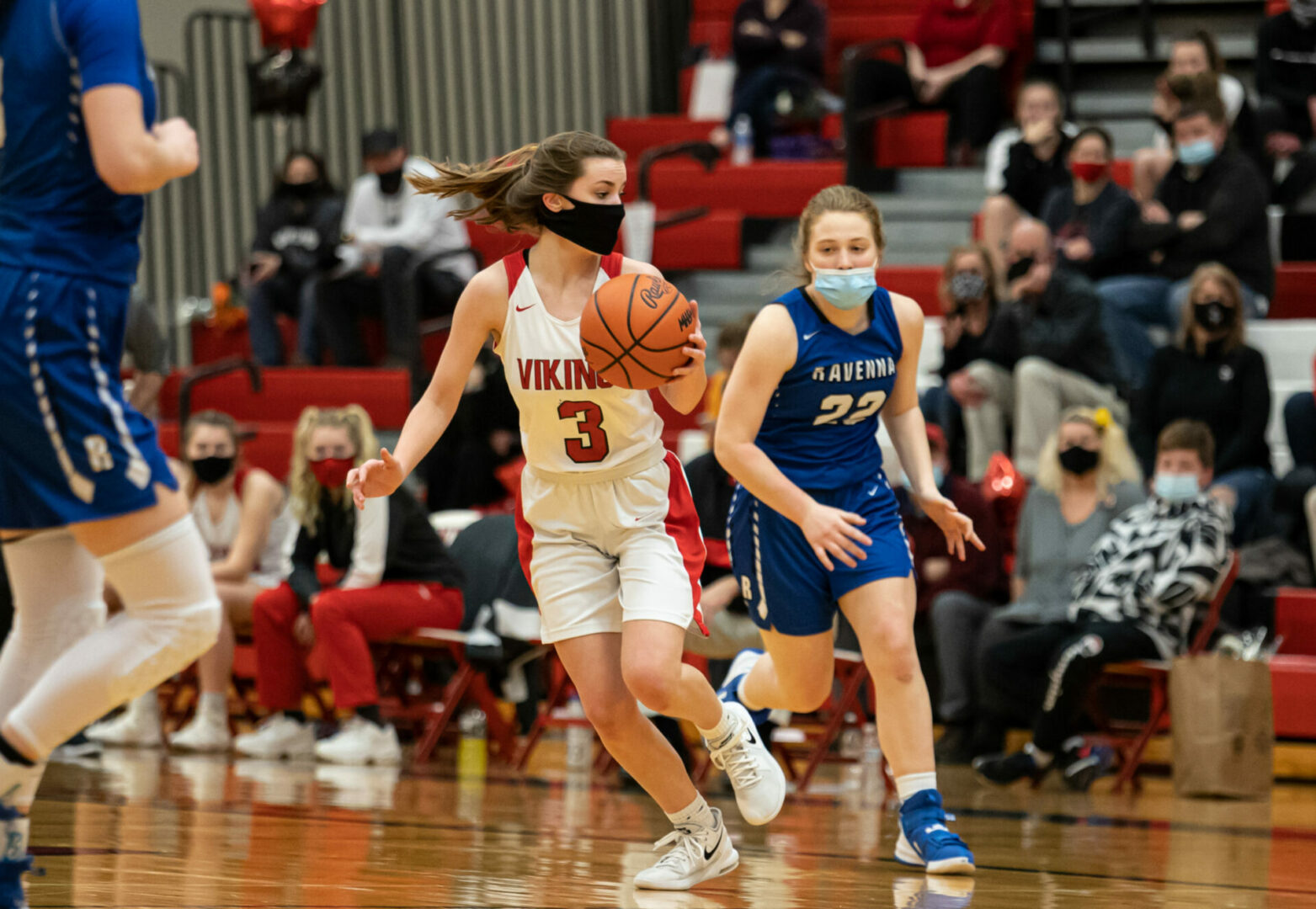 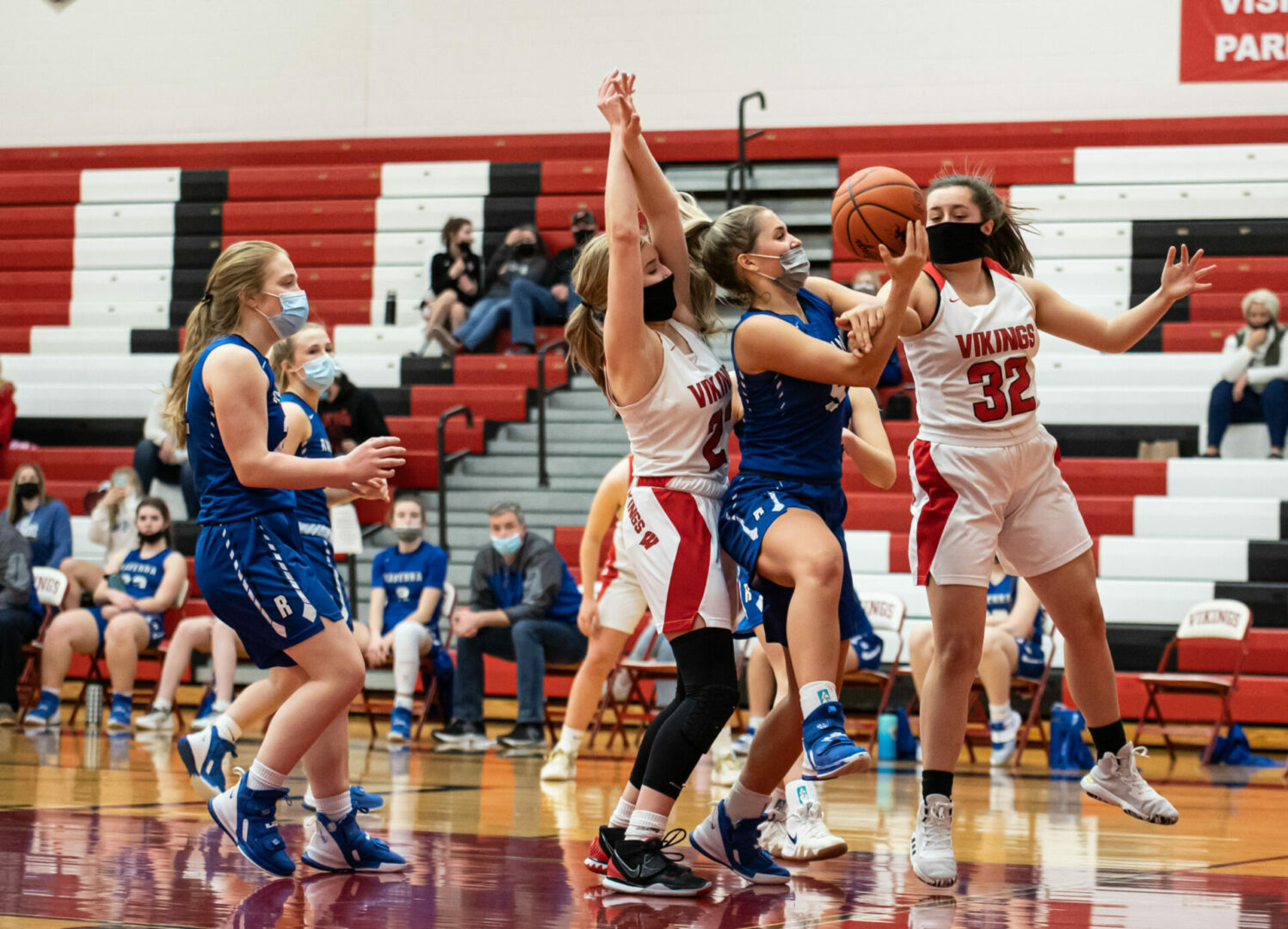 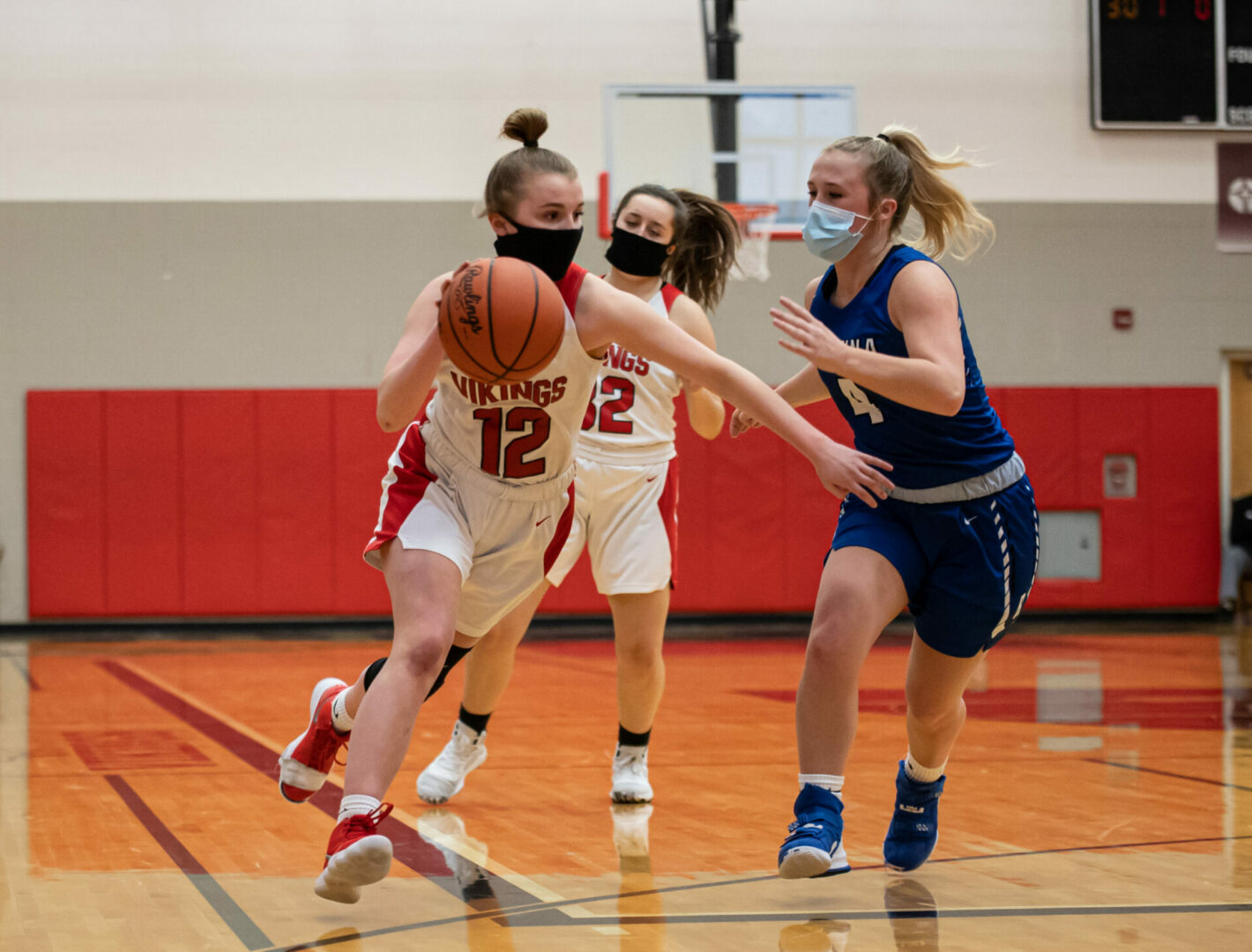 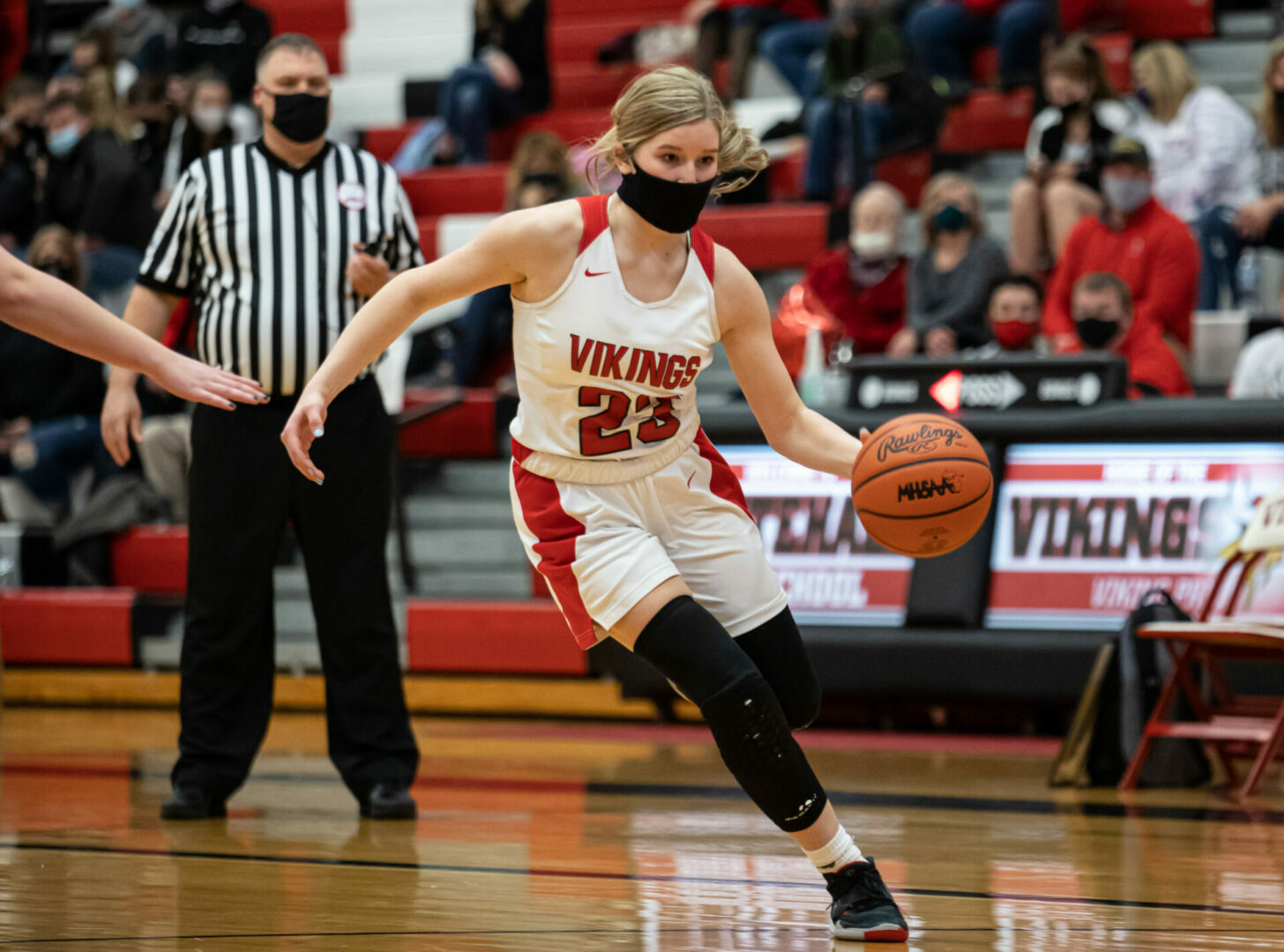 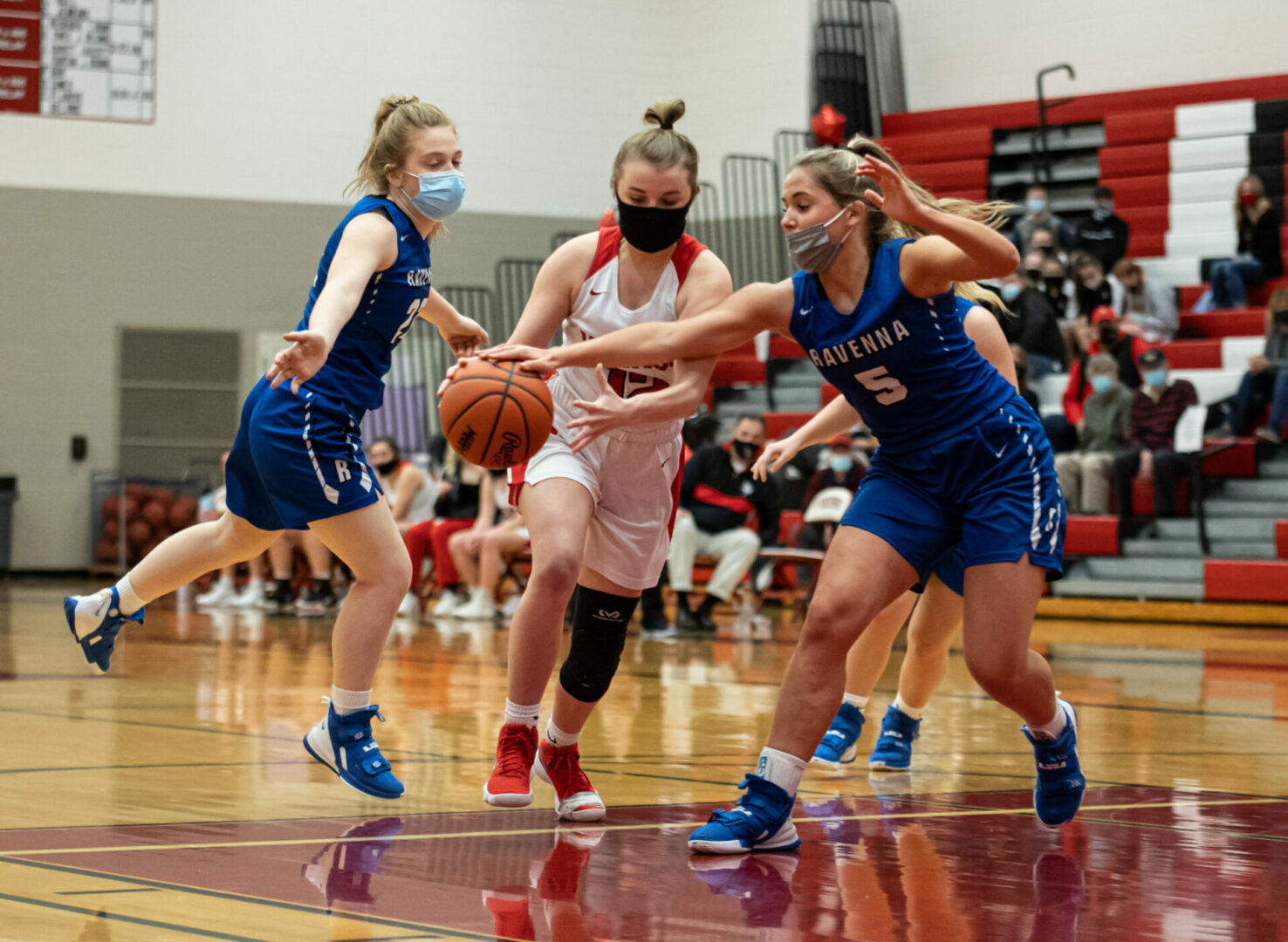 Cam Evans tires to find her way through the paint in front of Ravenna’s No. 5 Laney Mabrito and Tori Woodwyk. Photo/Tonya Pardon 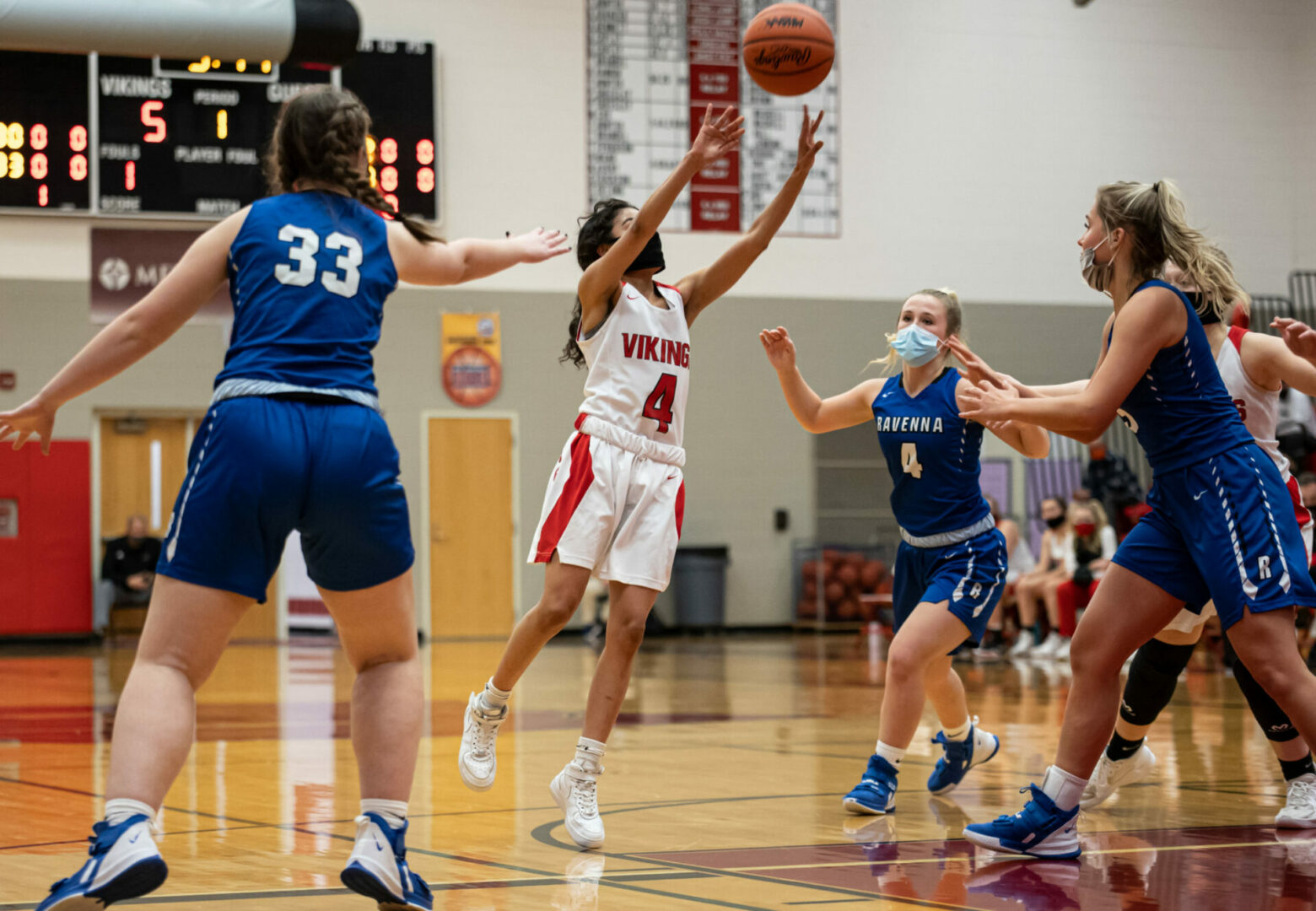 Pentwater volleyball opens season with losses to Evart and Shelby