MUSKEGON TWP. – There was little evidence of it in Game 1, but the young Reeths-Puffer softball team can definitely hit.

The Rockets lost the opener of a conference doubleheader to Mona Shores 4-0 on Tuesday, but then bounced back to produce an impressive 11-4 win in the nightcap on their home field.

Even though they have a lot of freshmen on the squad, things seem to be working out pretty well for the Rockets, who are now 6-3 overall and 2-1 in O-K Green conference play. Going forward, they believe they will go as far this season as their bats will take them. 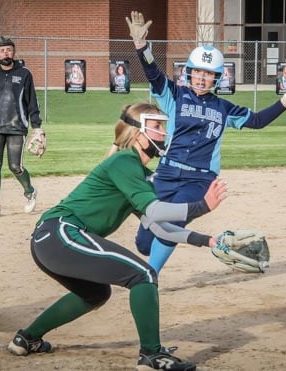 Mia Geoghan goes to slide at third base as Reeths-Puffer’s Megan Barnes gets ready to catch the ball and apply a tag. Photo/Joe Lane

“I think honestly our strength is hitting,” said Reeths-Puffer Coach Sarah Ferenz. “We couldn’t find it in the first game, but I think that that is going to carry us through the rest of the season, and hopefully it will get us a postseason district win, and regionals after that.”

The Rockets fell behind early in Game 2, but a five-run fourth inning blew the door open for the home team.

The Rockets piled up 12 hits in the game, with five of those coming in the decisive fourth inning against Mona Shores pitcher Kristen Hylland.

The game was tied 4-4 in the fourth when Megan Adams reached on an error and Kaley Jones knocked her in with a double. After that, the runs just kept coming as Paige Primmer, Alyssa Sahlhoff and Emerson Ruzzell all collected RBIs.

The Rockets added two more runs in the fifth inning when Paige Moss hit an RBI double and Ruzzell knocked Moss in with an RBI single. 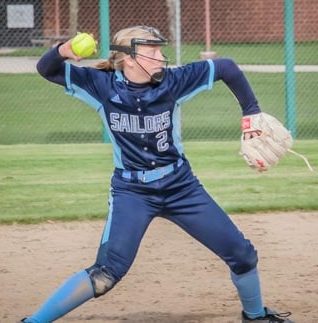 The key for R-P was making adjustments at the plate against Hylland, who shut them down in the first game and returned to pitch in the second game in relief of Mia Geoghan.

“They had their pitcher back in from the first game, and I think we were just finally able to make the adjustments at the plate, saying hands to the ball, and we came together as a team and cheered each other on,” Ferenz said.

On the mound for the Rockets was Caitlynn Duffey, who had six strikeouts while only walking one batter in a complete-game victory.

Jones finished with two doubles and a single for R-P while Moss had two singles and a double.

The Rockets had six different players reach base with hits.

Mona Shores is now 2-3 overall and 1-3 in conference play. The Sailors have a lot of  talented freshmen and sophomores, but Coach Sydney Tharp said there is still a learning curve for the youngsters.

“We need to work on how we’re going to respond to adversity, because when we get down, we gotta learn how to get the right mindset to come back,” Tharp said. “We’ve seen glimpses and we’ve been improving every game. We gotta learn to believe in ourselves and trust the process.”

The Sailors scored three runs in the first inning on RBI singles by Madison Mettler, Brooklyn Graham and Geoghan. The lone run after that inning came on an RBI single in the fourth inning by Graham. 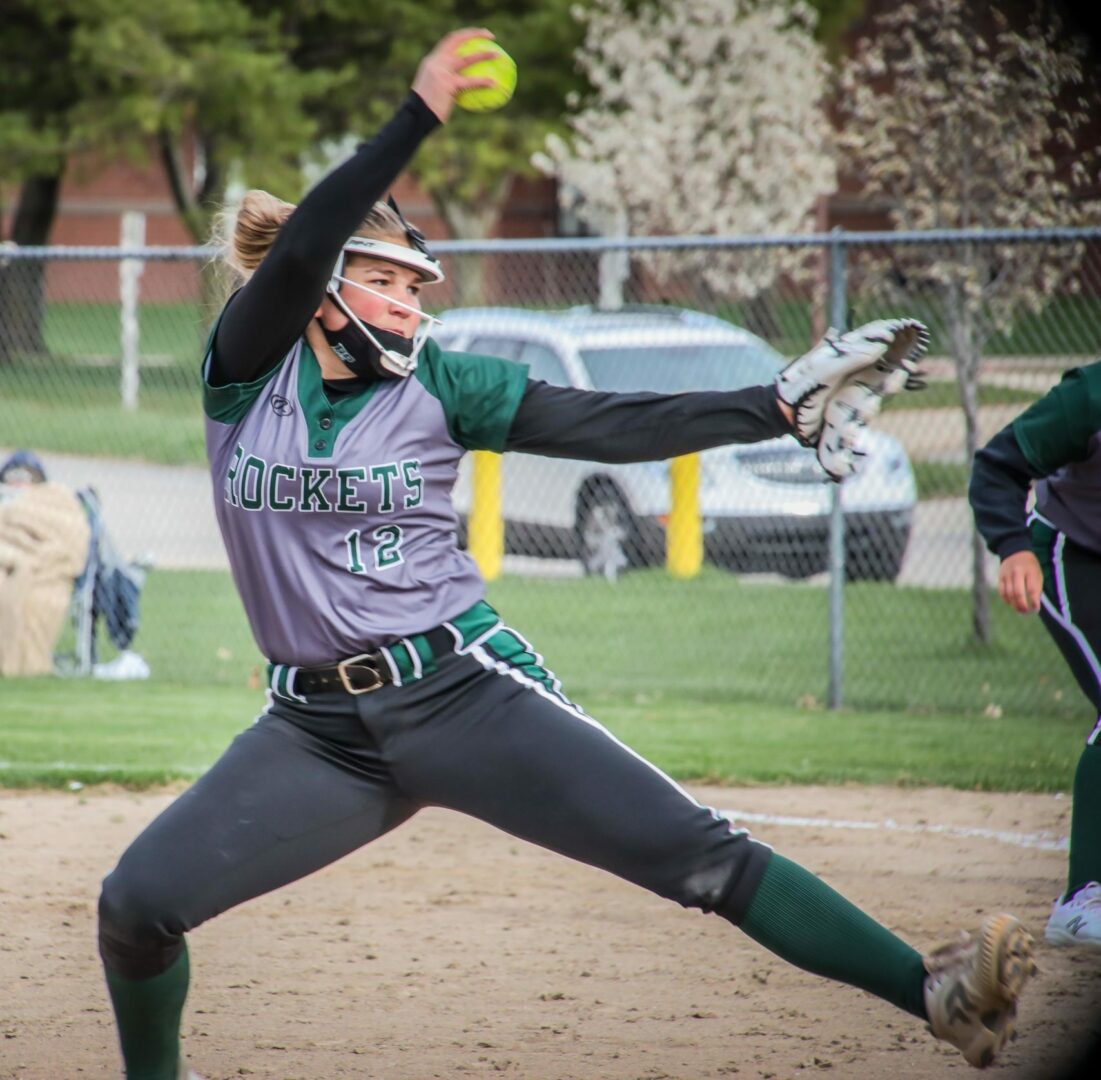 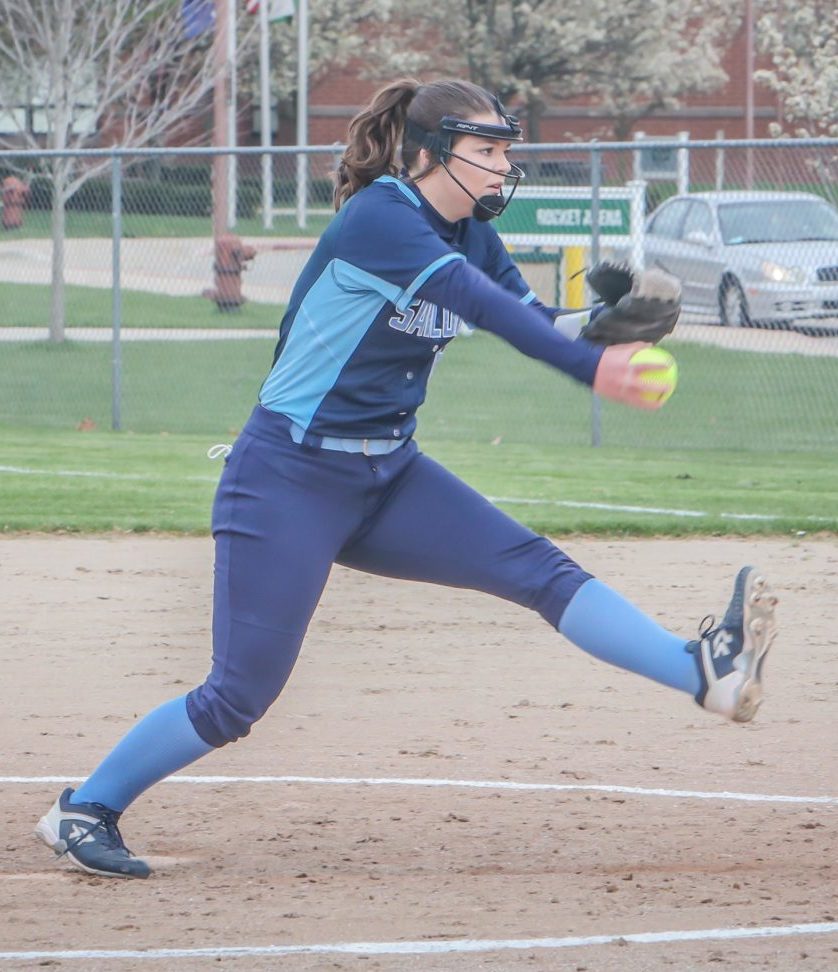 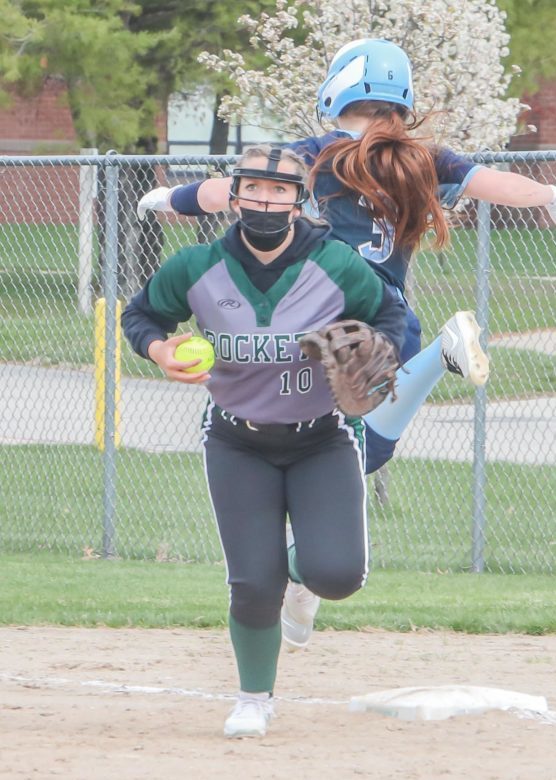 Emerson Buzzell makes out at first base for the Rockets. Photo/Joe Lane 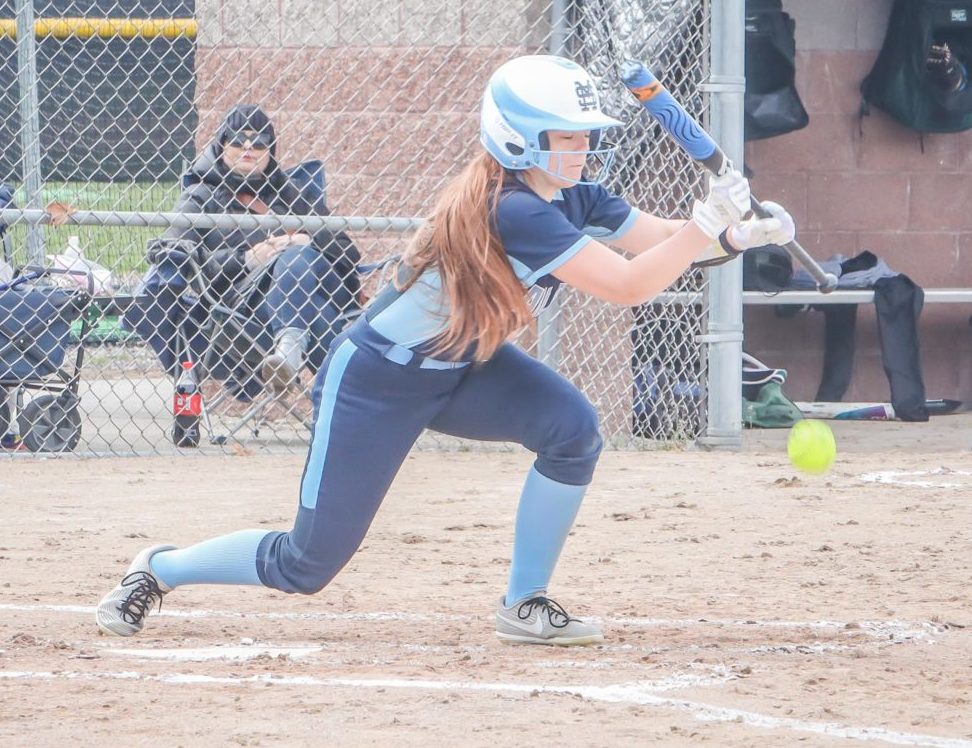