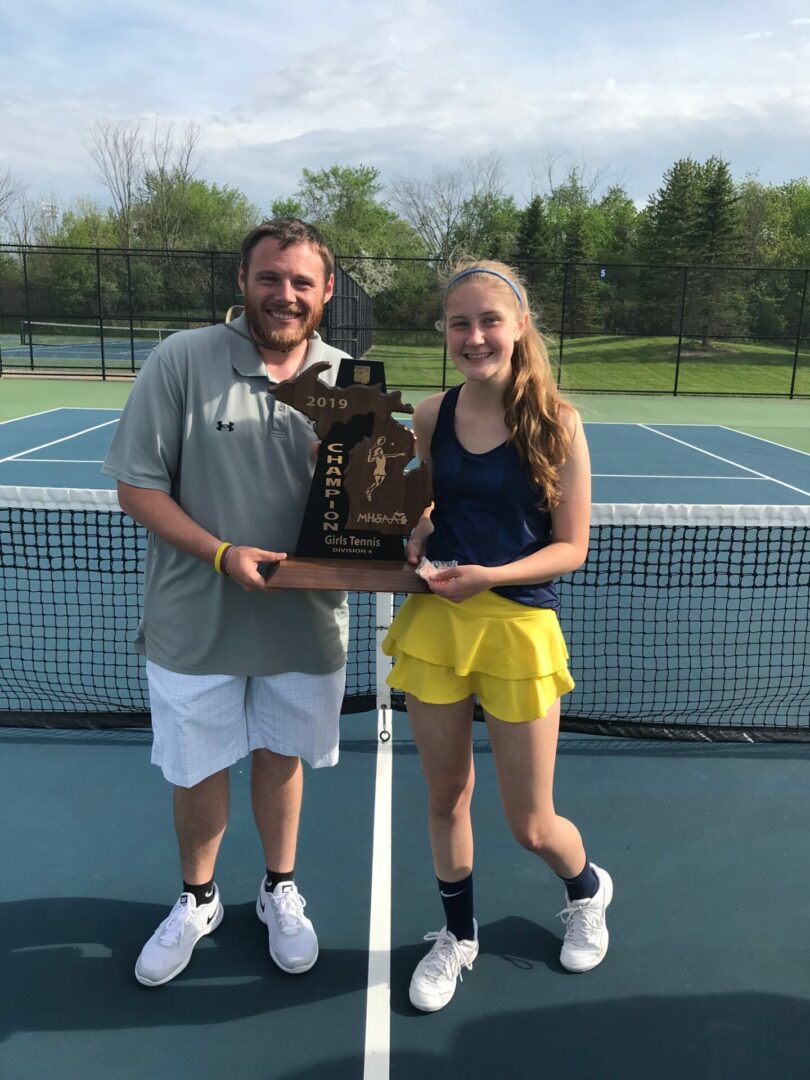 The one loss that the Norse suffered came against Traverse City St. Francis, the team that’s ranked above them in Division 4. The Norse fell 5-3 in that challenging match.

“We were pretty competitive,” said North Muskegon head coach Cody Liverance. “I was very impressed because they’re really talented, but we competed really well. We showed that we can play not only against any team, but in any conditions, because it was 39 degrees with 15 mile per hour winds.”

Liverance thinks his team is ranked so high because the Norse finished fourth in 2019 at the state finals, and two years later still have five players from that outstanding squad.

The 2020 girls tennis season was cancelled due to COVID-19.

“This whole situation is unique,” said Liverance about the makeup of his roster. “I knew I had five players back from that team, and they all had success two years ago. But I also now have seven girls who had never played a competitive high school match before.”

One returnee is No.1 singles player Alicia Hall, who currently holds a 9-1 record on the season, and was the No. 1 singles champion at the GMAA tournament in 2019.

“I think we’re hitting our groove,” said Hall about the current play of her team. “This weekend will be a great chance to prove that. We’ve got to continue our positive energy, and I’m really excited to go out and play.” 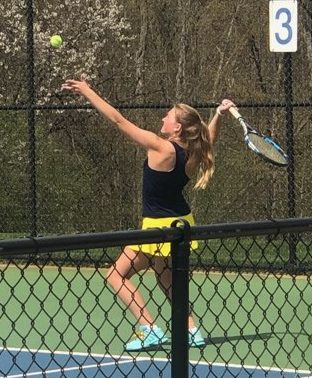 Gabby Gaston gets ready to serve for North Muskegon’s No. 1 doubles team.

Hall, who reached  the state quarterfinals at No. 1 singles two years ago, says the Norse very much want to win another city team championship, even though they may be competing for a far more exciting state championship in just a few weeks.

“We’ve talked a great deal about it going into the season,” Hall said about the GMAA meet. “It’s something that we always strive for. We’ve got to play our personal best, and that’s all we can ask for. We want to prove who we are as a team.”

Hall is not the only Norse tennis player with a strong record so far this season. Noa Bowen (No. 2 singles) is 9-1, Francine Vinson (No. 4 singles) is 6-3, the No. 1 doubles team of Gabby Gaston and Sarah Muzzy is 8-1, and the No. 3 doubles team of Ella Tarrant and Anna Toebe is 7-3.

There are a few losses sprinkled in for the players, but the Norse play the toughest schedule they possibly can.

While some teams may shy away from the pressure of high expectations, Liverance wants his team to embrace the challenge.

“I’ve told them that people think highly of them,” said Liverance, who started coaching the Norse girls in 2017. “I didn’t hide the expectations. We had a motivational talk about having a target on our backs. With the pressure, it’s a privilege because we’re expected to be one of the strongest teams in the state.”

Despite being the only ranked team coming into the weekend tournament, Liverance believes it will be a highly competitive day on the court.

“This seems like a wide-open event this year,” he said. “Whitehall has a strong team, and Mona Shores and Fruitport both have strong teams and flights. Reeths-Puffer has good athletes, as well. It just feels like a lot of schools will score well. We’ll be tested by strong competition.”