MUSKEGON TWP. – The Ludington girls soccer team is definitely in the hunt for a Lakes 8 Conference championship this season.

The Orioles left no doubt about that on Monday by shutting out previously unbeaten Orchard View 8-0 in a key conference matchup on the Cardinals’ home field. 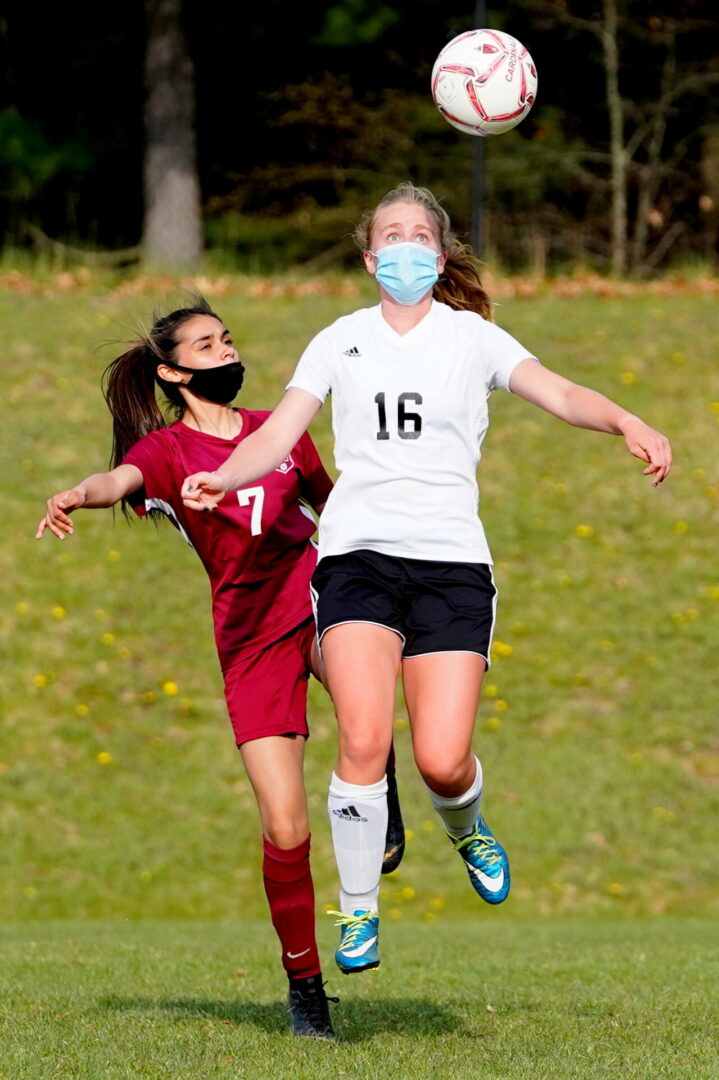 Ludington’s Kendall
Biggs gets up inside of OV’s No. 7 Kylee Carmean. Photo/Leo Valdez

Five players scored for Ludington, led by Anna Wietrzykowski, who finished off a three-goal hat trick when she scored near the end of the game. Hailey Stowe chipped in two goals for the Orioles.

Ludington improved to 5-3 overall, with a 3-0 record in the Lakes 8. Orchard View fell to 5-1 for the season, with a 1-1 record in conference play.

“We really controlled the ball, creating and connecting passes,” said Ludington Coach Kris Anderson. “We were able to make some break paths around them, and our back line turned everything from Orchard View away. We stopped anything they had and put the ball back up.”

Wietrzykowski got the ball rolling early for the Orioles, scoring her first goal just over two minutes into the game. Then Stowe made it 3-0, getting her first goal with 27:24 left in the first half, and adding another five minutes later.

“One thing we talked about before the game was to be more aggressive, and I felt we were more aggressive today,” Anderson said. “We were looking to attack once we got into that attacking third, rather than looking to make a pass.” 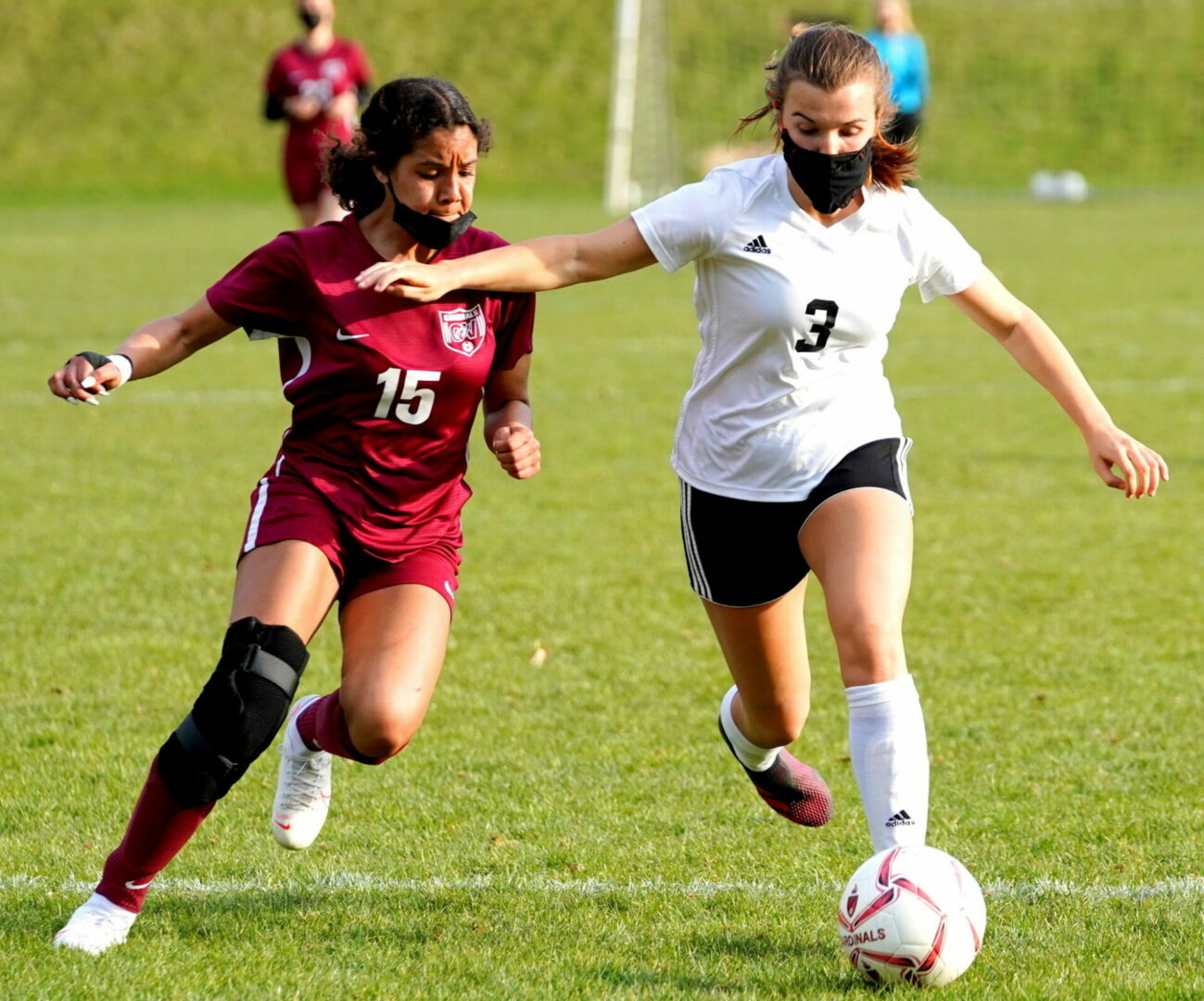 At 20:50, Ludington was awarded a penalty kick, and Orchard View’s goalie, Mackenzie Moore, switched out with Aubrien Coleman.

Ludington’s Kendall Biggs swept the ball past Coleman, putting Ludington up 4-0 with over 20 minutes left in the half. Moore took back her position in goal following the penalty kick.

The Orioles kept up the pace in the second half. Rylee Stone scored off a pass from Sophia Cooney with 35:45 to go to put the Orioles ahead 5-0.

Wietrzykowski put in her second goal off a pass from Stowe with 29:24 on the clock. Less than three minutes later, a corner kick went straight to Wietrzykowski, and she passed the ball to Cooney, who kicked it in to give Ludington a 7-0 lead.

Wietrzykowski completed her hat trick with 3:12 to go, knocking the ball off an Orchard View defender and into the net. That final goal put Ludington ahead 8-0 and ended the game by mercy rule.

Moore tallied a massive 19 saves for Orchard View against the intense Ludington offense. Ludington goalkeeper Keelyn Laird only had to make a single save,

The Orioles outshot the Cardinals 27-1.

“She played a good game,” Orchard View Coach Burt Wachter said about his goalie. “She came off her line when she was supposed to and made good decisions there.” 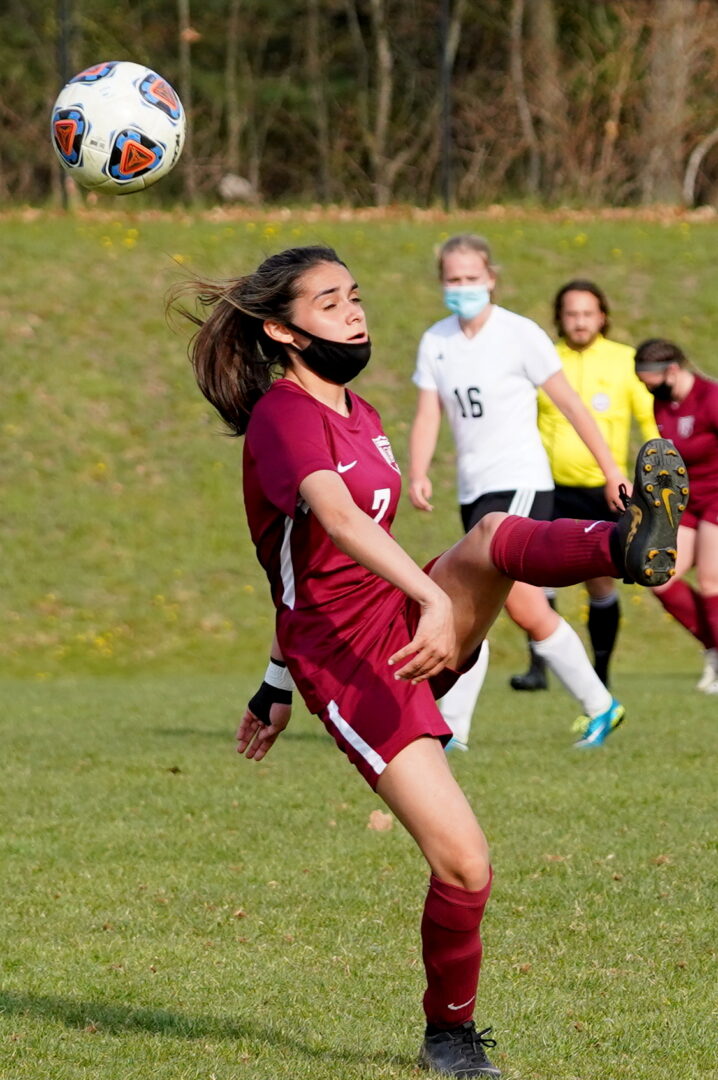 Maranda Baker sends the ball in the opposite direction for OV. Photo/Leo Valdez 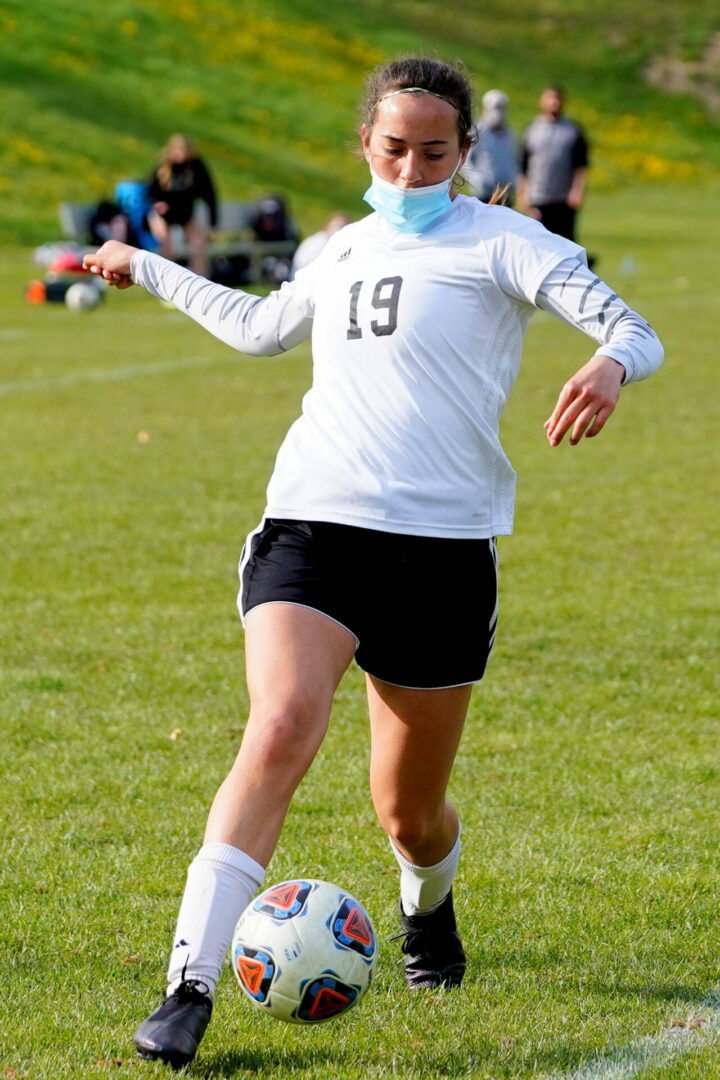 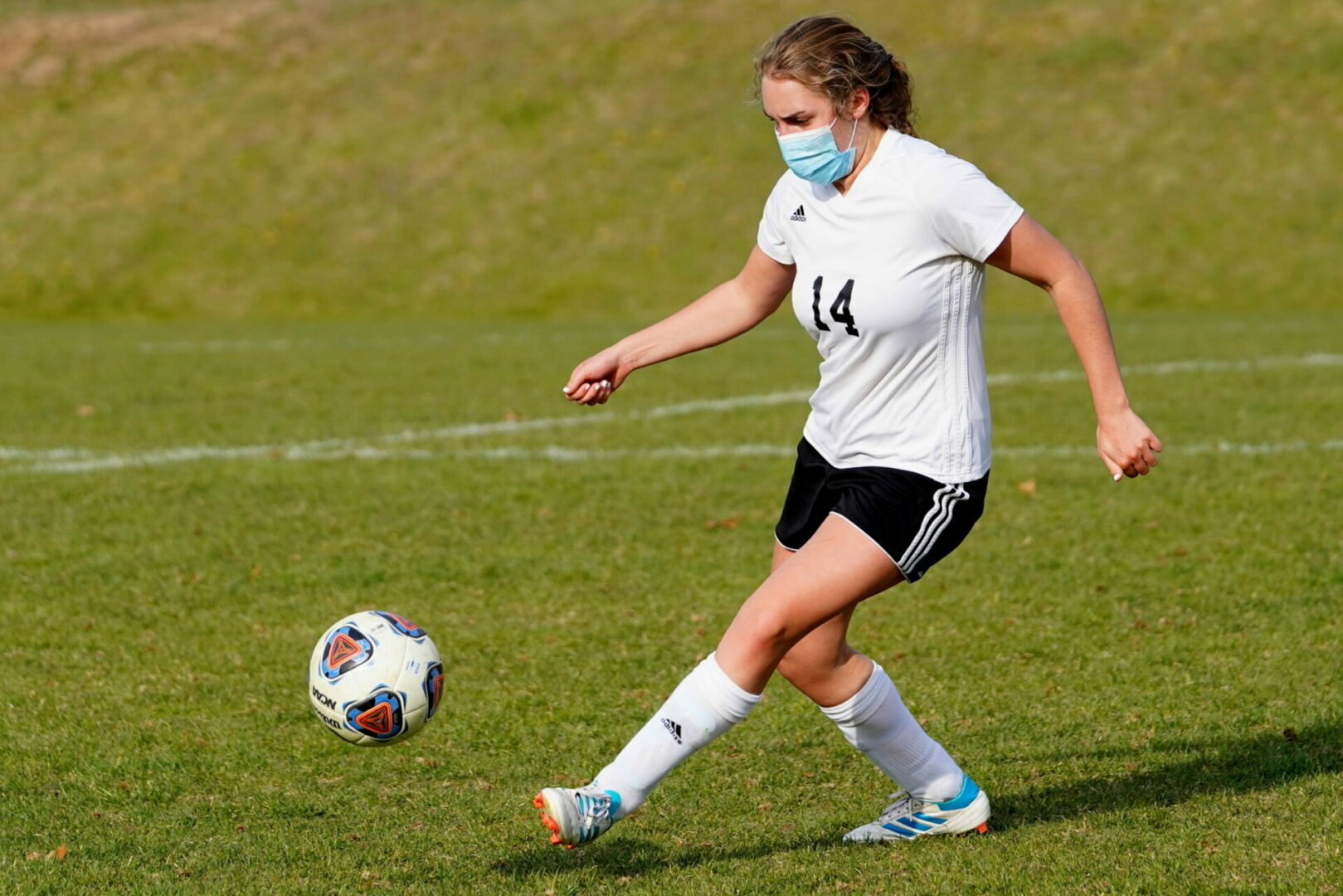 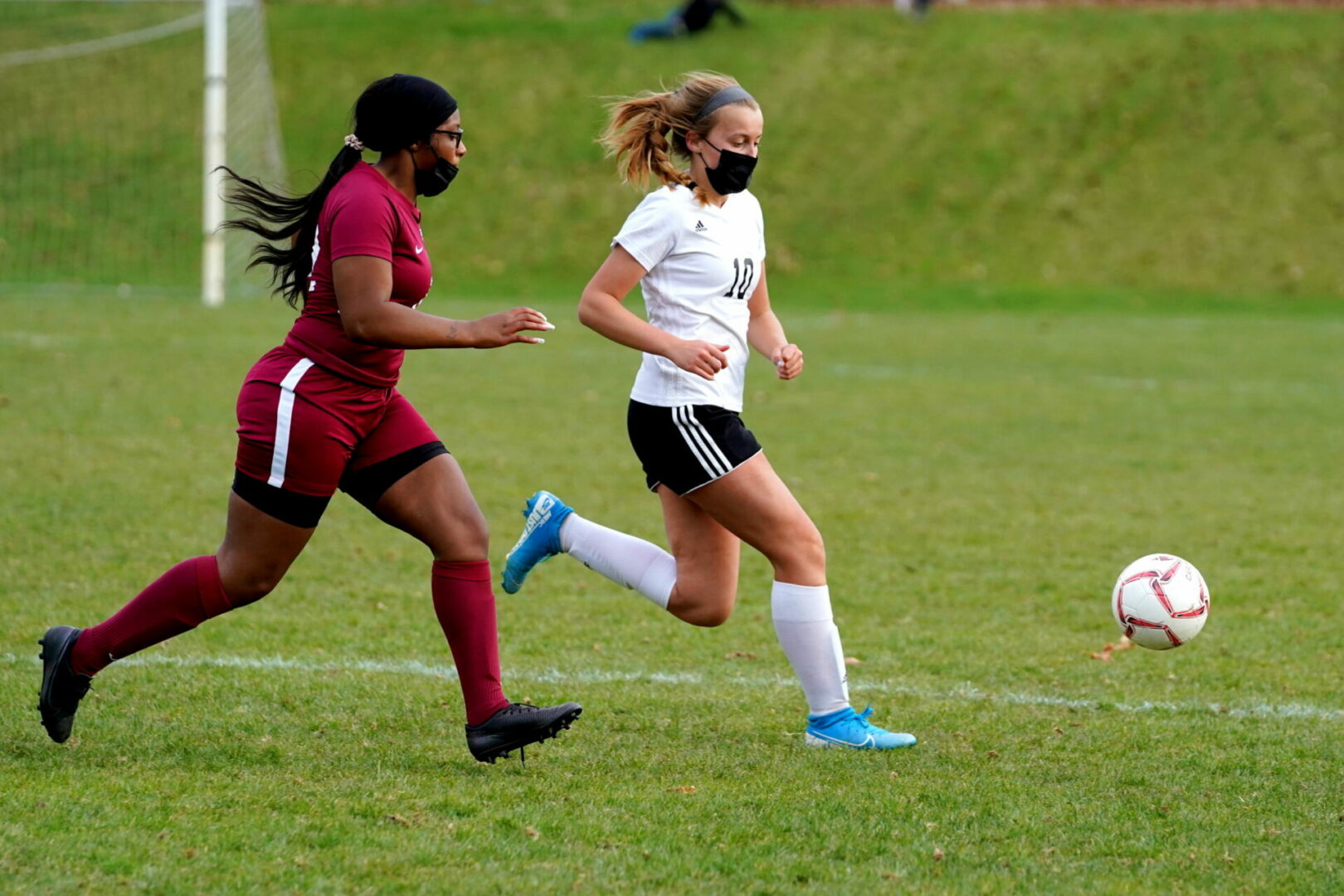 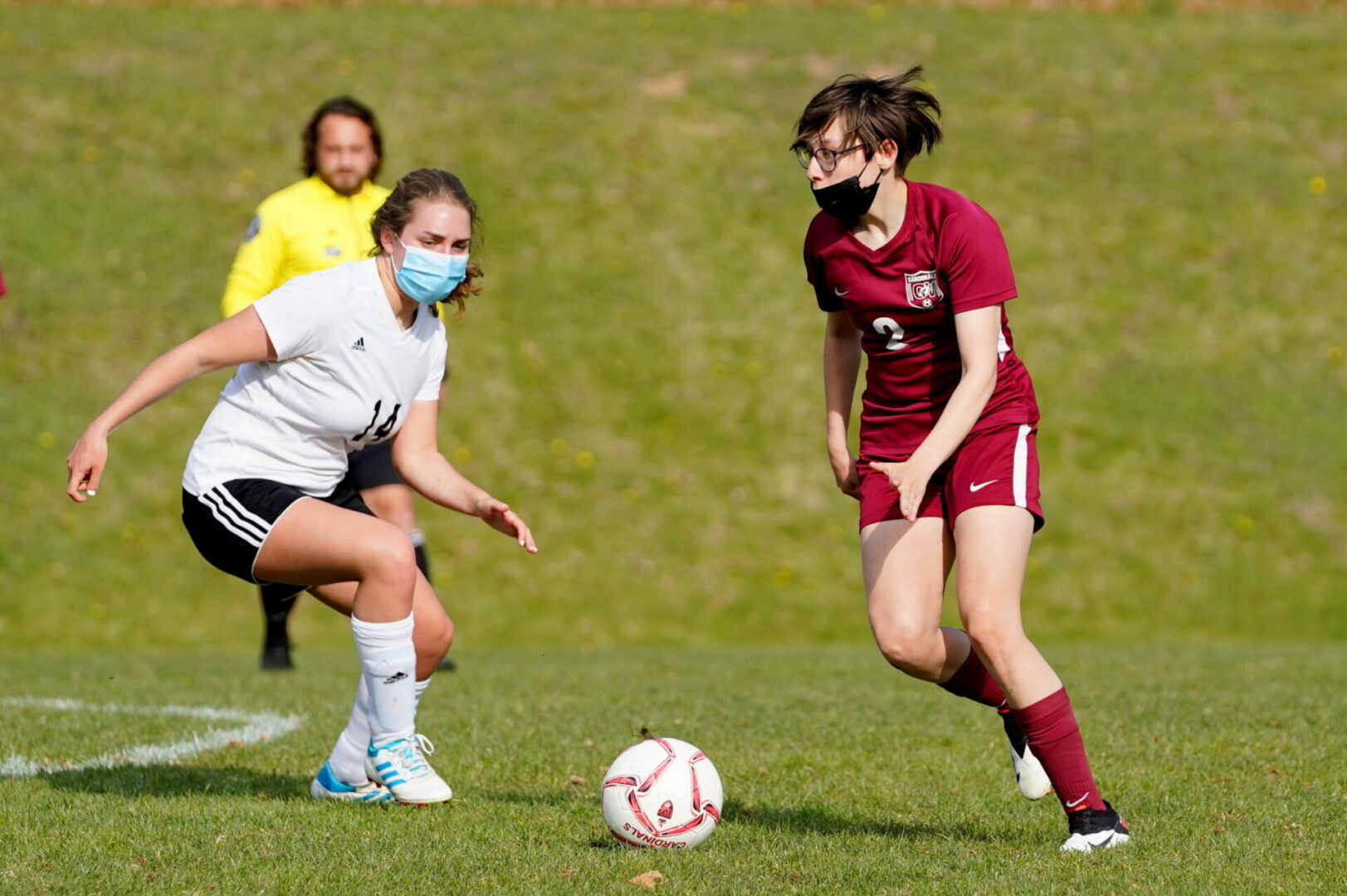 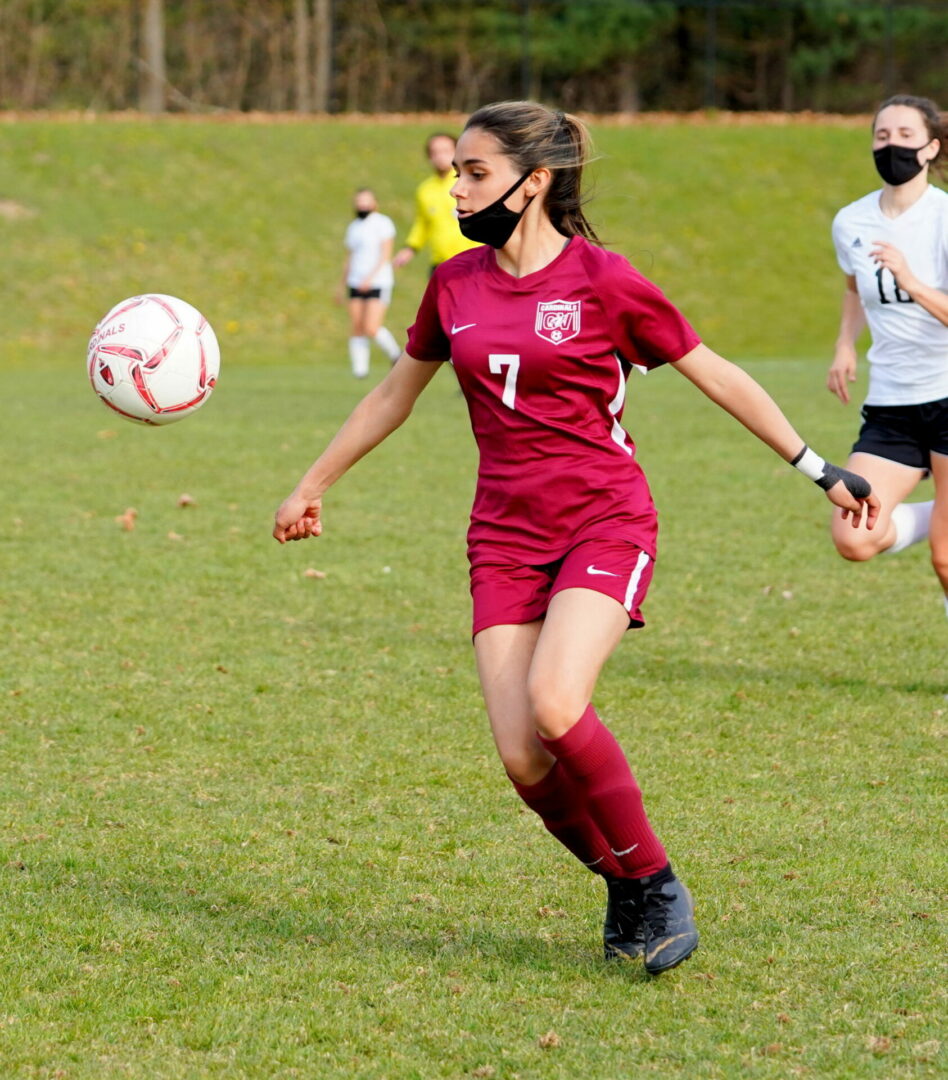 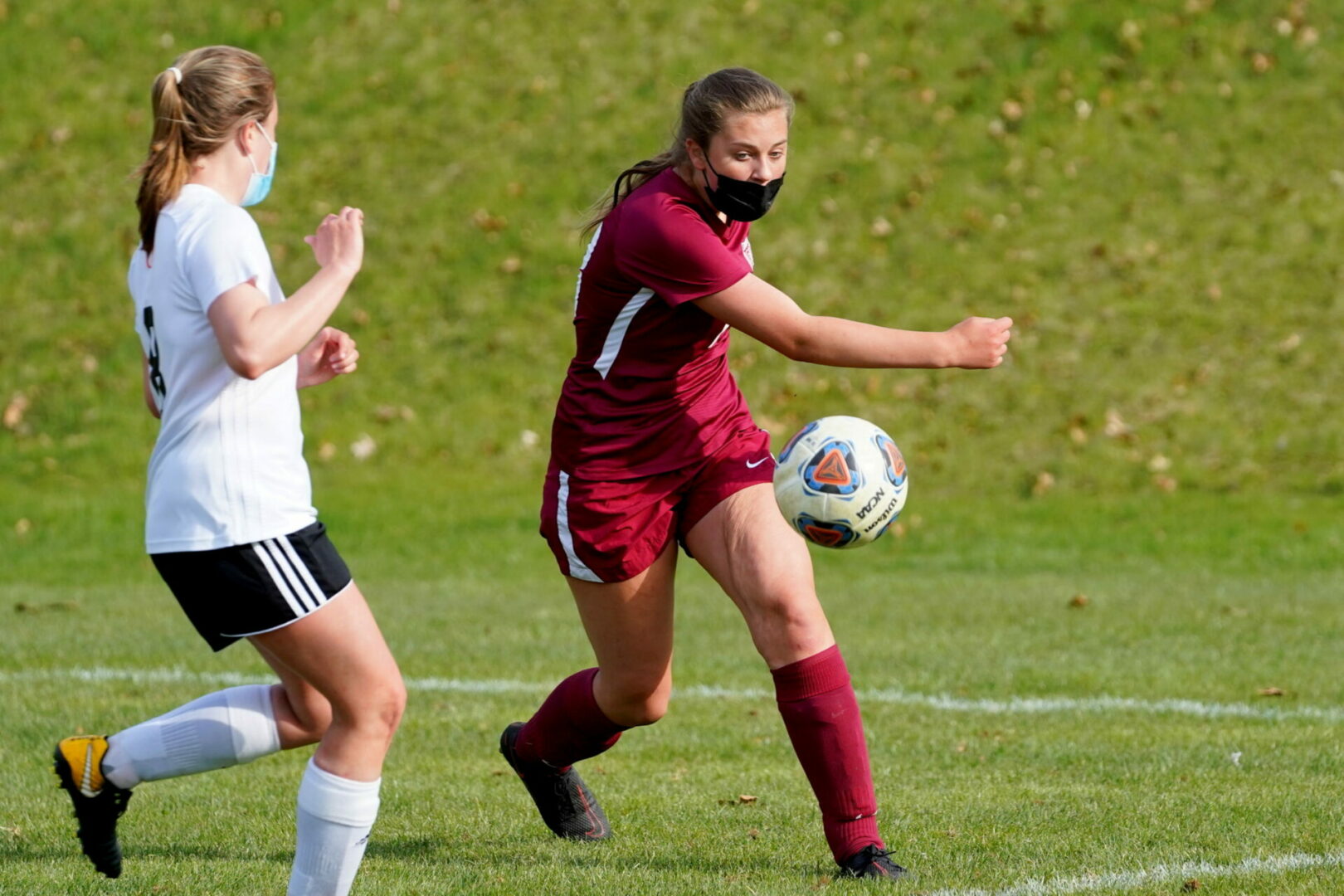