MUSKEGON TOWNSHIP – Ties are all too common in soccer, and painful for a team to accept.

Particularly when they come just an inch or two away from turning the tie into an impressive victory. 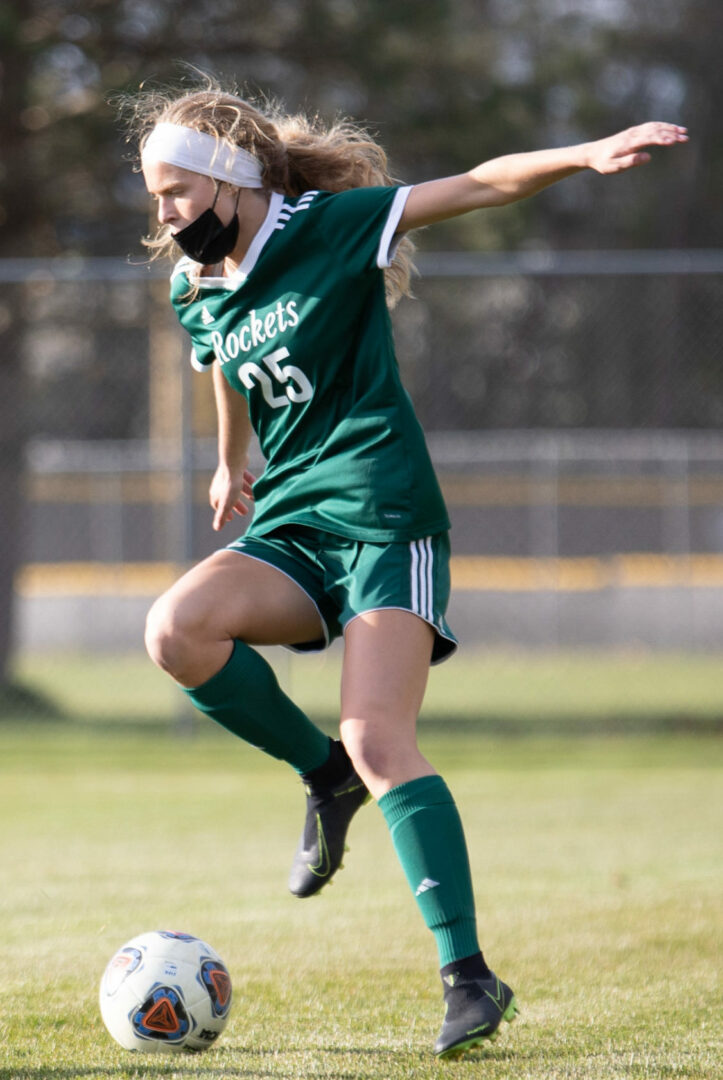 The Reeths-Puffer girls soccer team experienced that emotion on Tuesday in a 2-2 draw with a good Zeeland East squad in an O-K Green conference matchup on the Rockets’ home field.

Reeths-Puffer nearly pulled off the victory when Sophia Hekkema had a breakaway as the clock wound down, but hit the goal post with her shot with three seconds left.

So R-P had to settle for its fourth tie of the season and a lost opportunity to move up in the conference standings. The Rockets are now 4-1-3 in the conference (4-2-4 overall), and remain behind second-place Zeeland East, which is 4-1-1.

On the bright side, a tie against a conference contender is not bad for a team as young as the Rockets, who have 10 freshmen or sophomores on their 21-player roster. 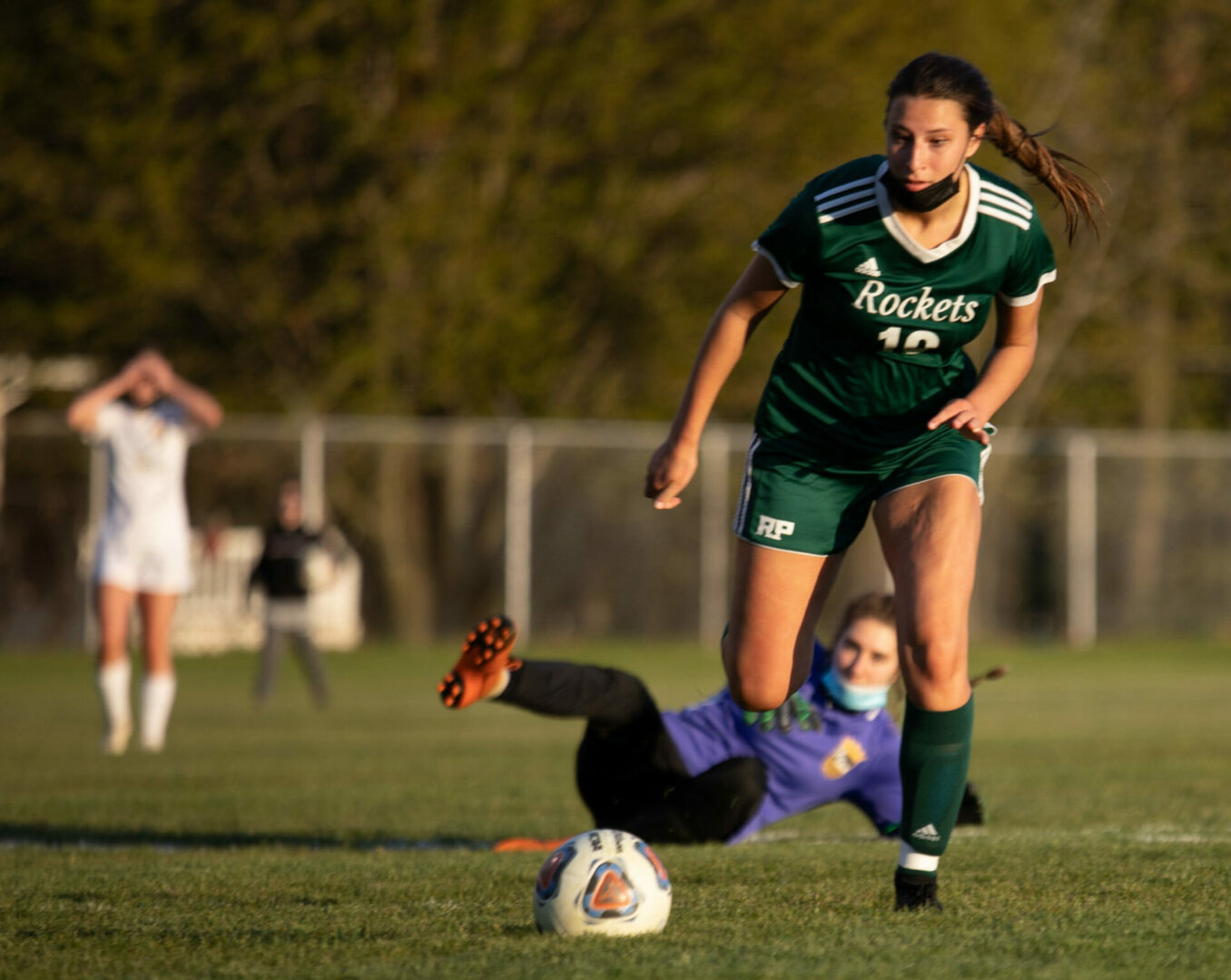 Sophia Hekkema gets past the Zeeland East goalie to find a goal for Reeths-Puffer. Photo/Tonya Pardon

“When you have four ties on the season, they can be agonizing,” R-P Coach Dillon McCarthy said after the game. “We are trying to put together a full 80 minutes, without the five to ten minute lapses. Nobody likes tying, but the girls have bought in. It’s good for them to see how close we are.”

“We talked about how we were going to set up our corners at practice,” Monette said. “One person on the six (yard box) and one on the goalie. I took the six, it was a good ball, I put it on frame, and it went in.” 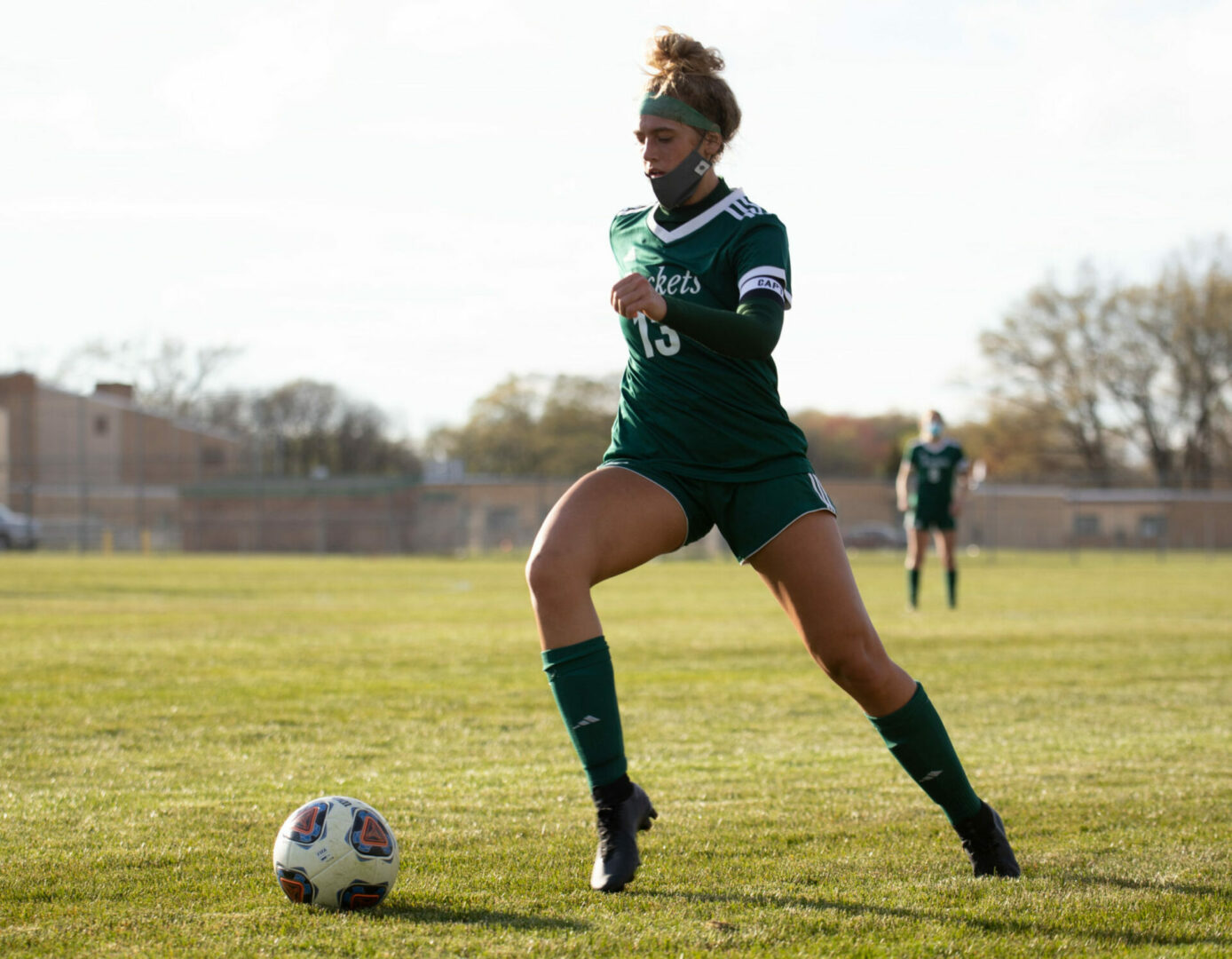 “Each time I look for McKenna (Monette), or anyone at the top of the key,” Dykema said about her corner kick that turned into an assist. “You can get a good angle on that header, and that’s where I tried to put it for her.”

Zeeland East’s Paige Westra scored the next two goals, with the first coming just over midway through the first half, and second coming about three minutes into the second.

Reeths-Puffer goalkeeper Ava Klopp made a couple huge saves in the second half to keep her team within one goal.

“When those crazy breakaways happen, my heart starts racing and adrenaline kicks in,” Klopp said. “I use the adrenaline to dive over and make some of the saves.”

With 19:55 left in the game, Hekkema stripped the ball from the opposing goalie and buried it into the open net to tie the game.

That led to Hekkema’s near miss in the closing seconds of the game, and the resulting tie. 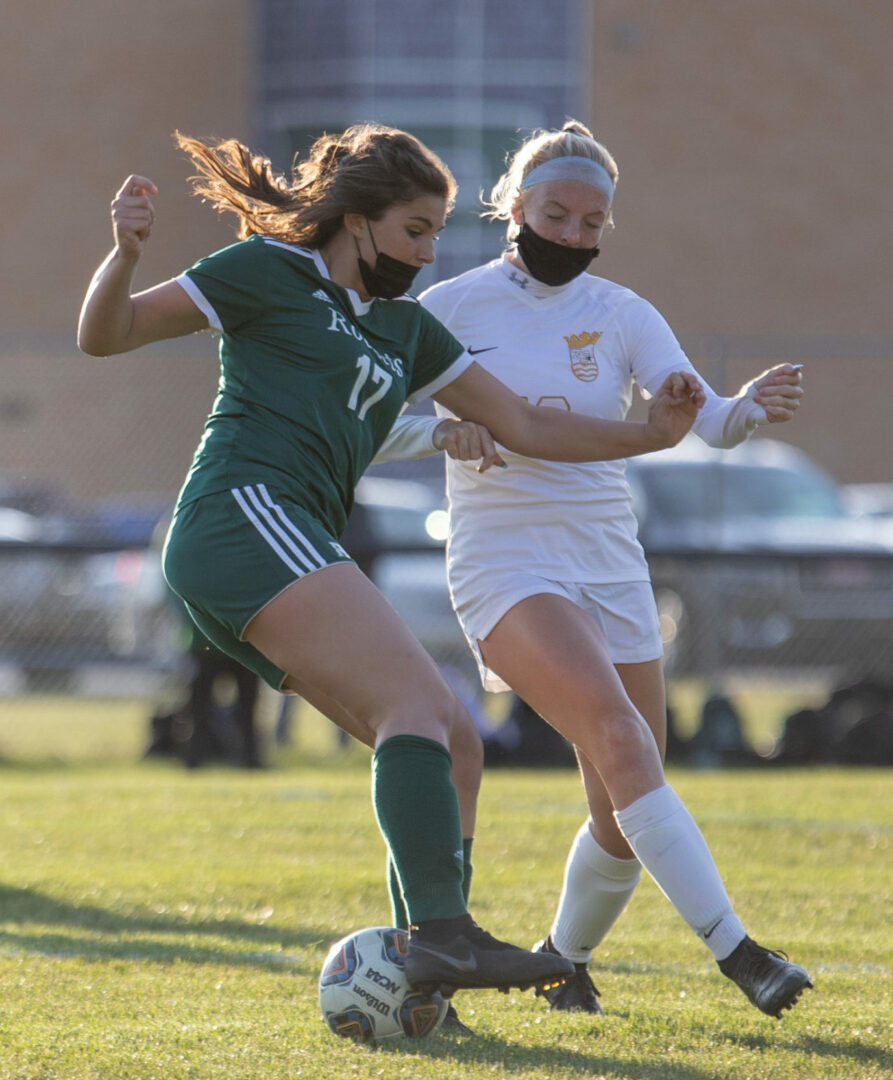 Klopp and Tessa Lamphere shared time in goal for the Rockets during the game, with Lamphere playing the first half and Klopp playing the second. Lamphere made six saves on seven shots, while Klop0 made seven saves on eight shots.

The Rockets were outshot 15-8.

Although they may not be able to catch first-place Mona Shores for the O-K  Green title at this point, there is still a lot that the young Rockets can achieve as they steadily improve this spring.

“Many of our goals are still in reach,” McCarthy said. “Maybe the regular season conference title is out of our reach, but we still have the conference tournament left, and a great opportunity to be playing our best right before districts.”

The Rockets remain confident that they are close to breaking through and living up to their potential.

“We may be young, but we can’t necessarily use that as an excuse,” McCarthy said. “This is varsity-level soccer, and these are varsity-level players.” 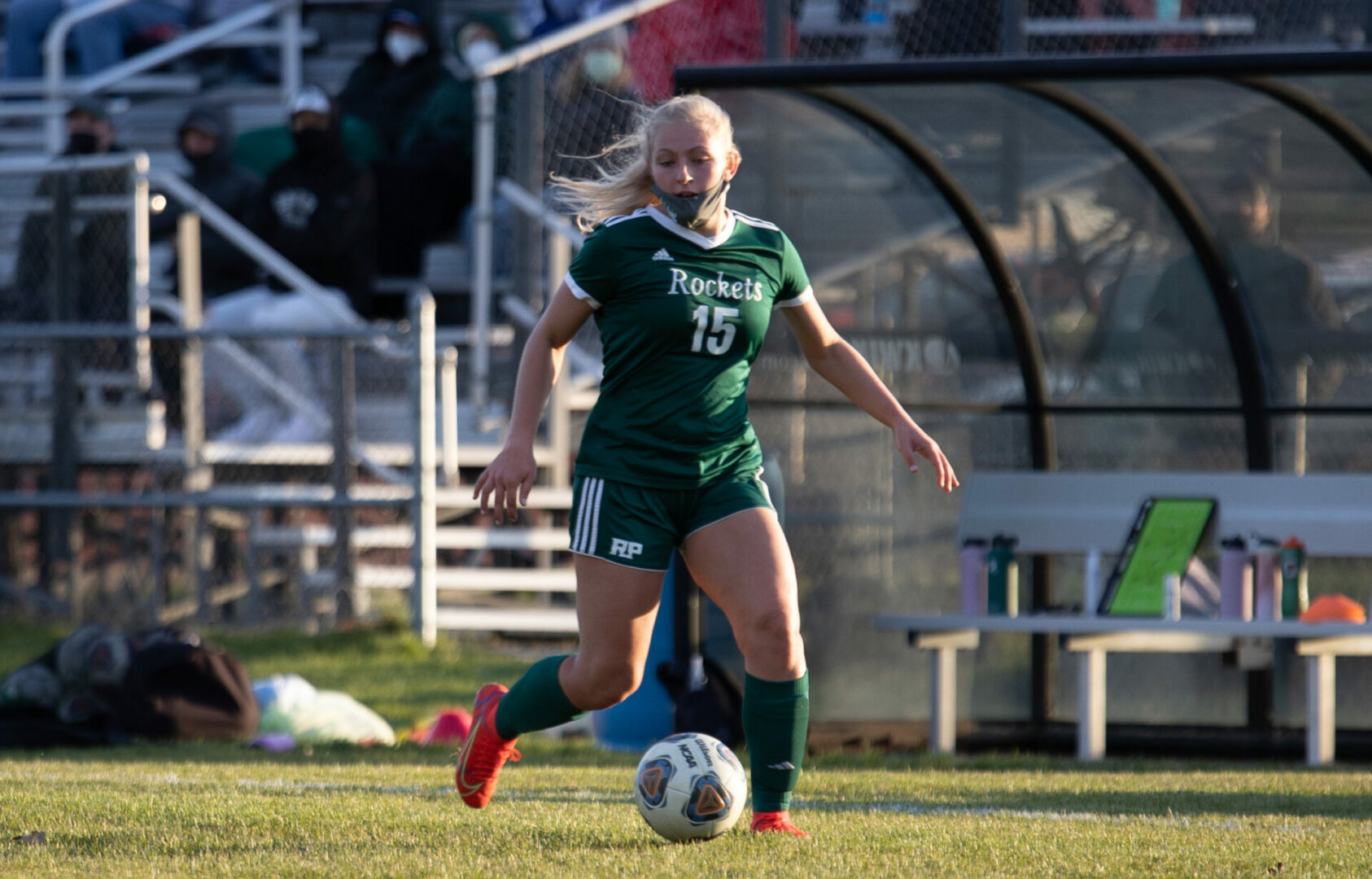 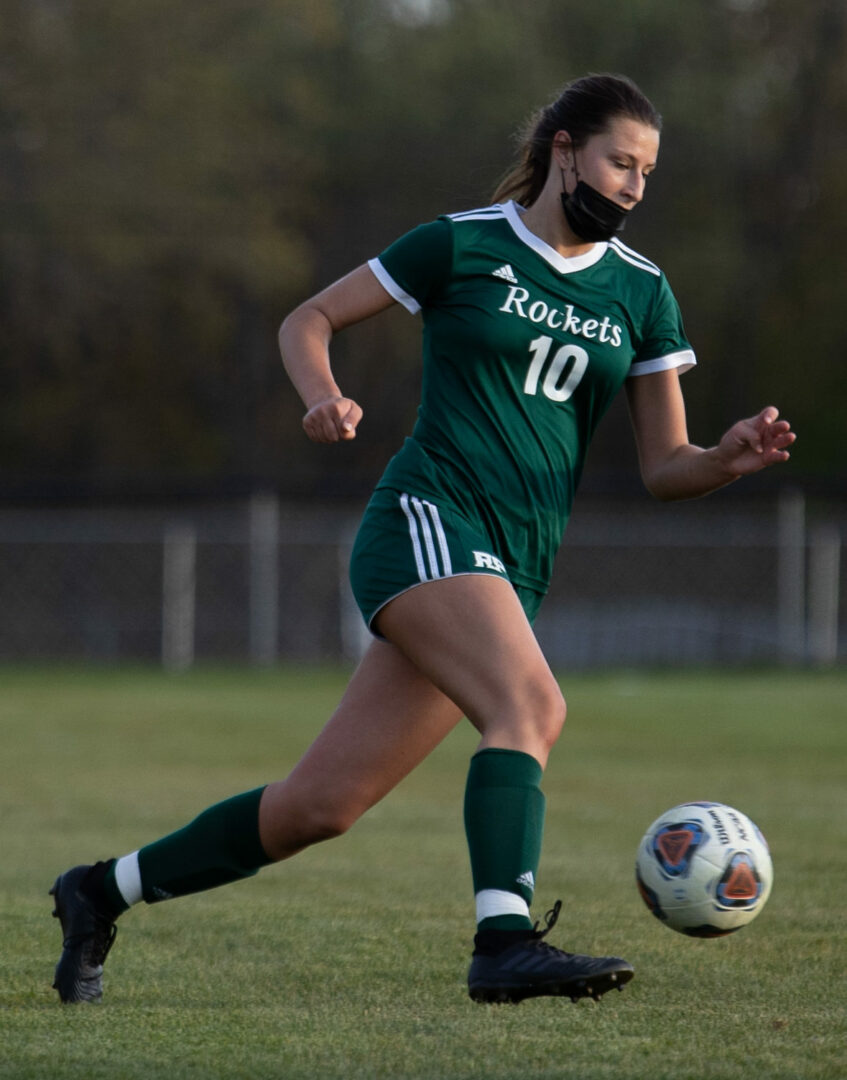 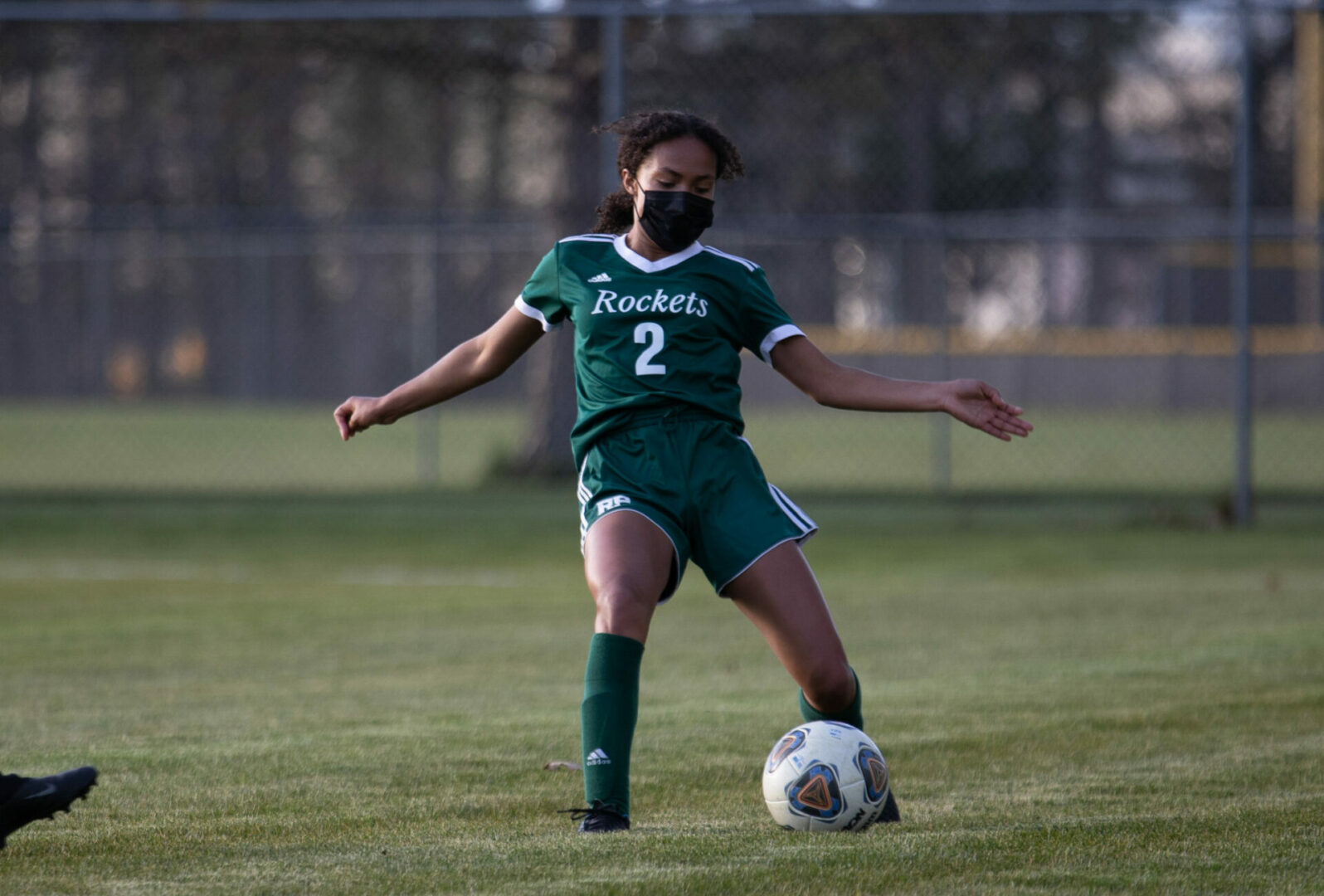 Alyvia Ackerberg gets ready to clear the ball for Reeths-Puffer. Photo/Tonya Pardon 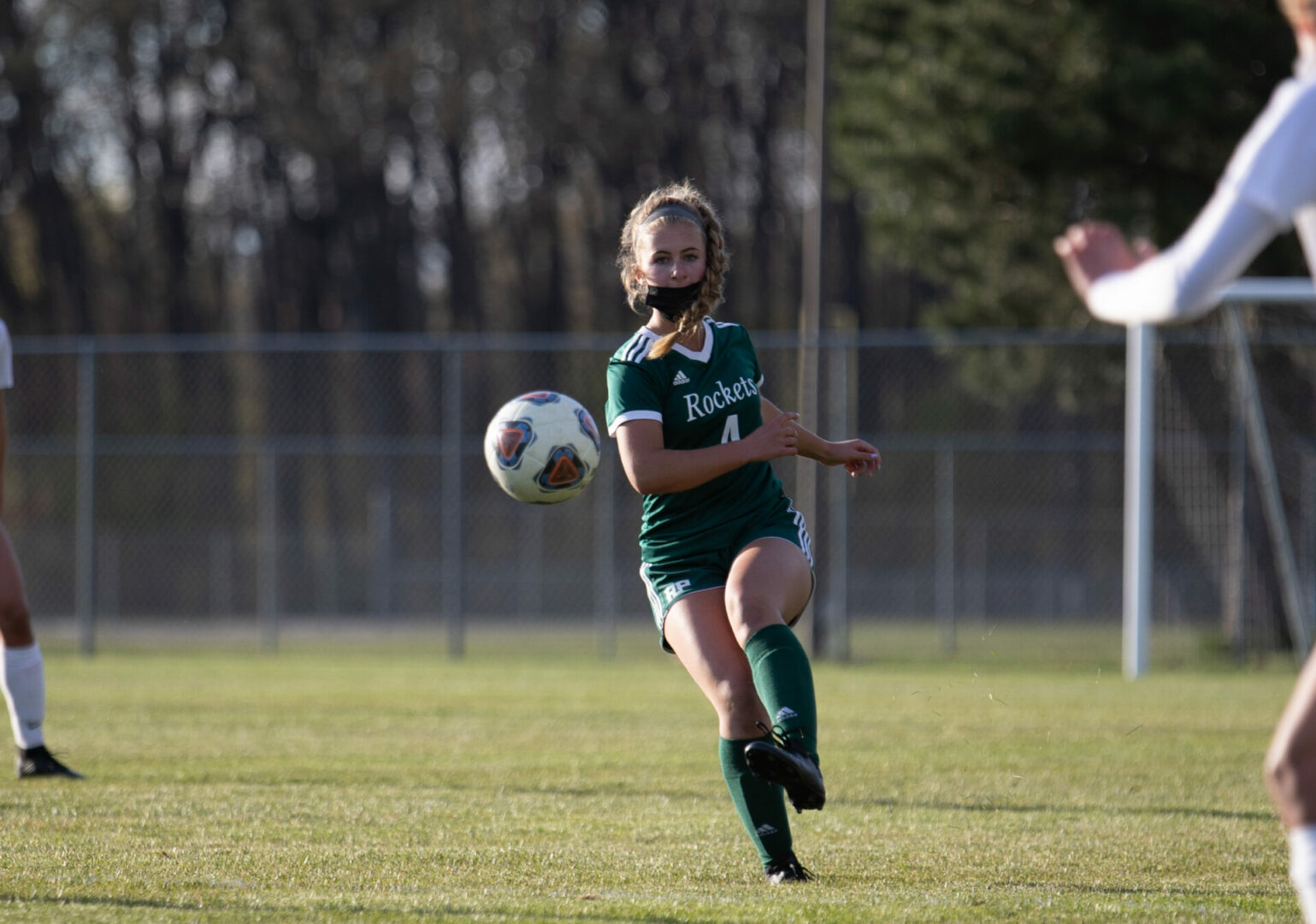 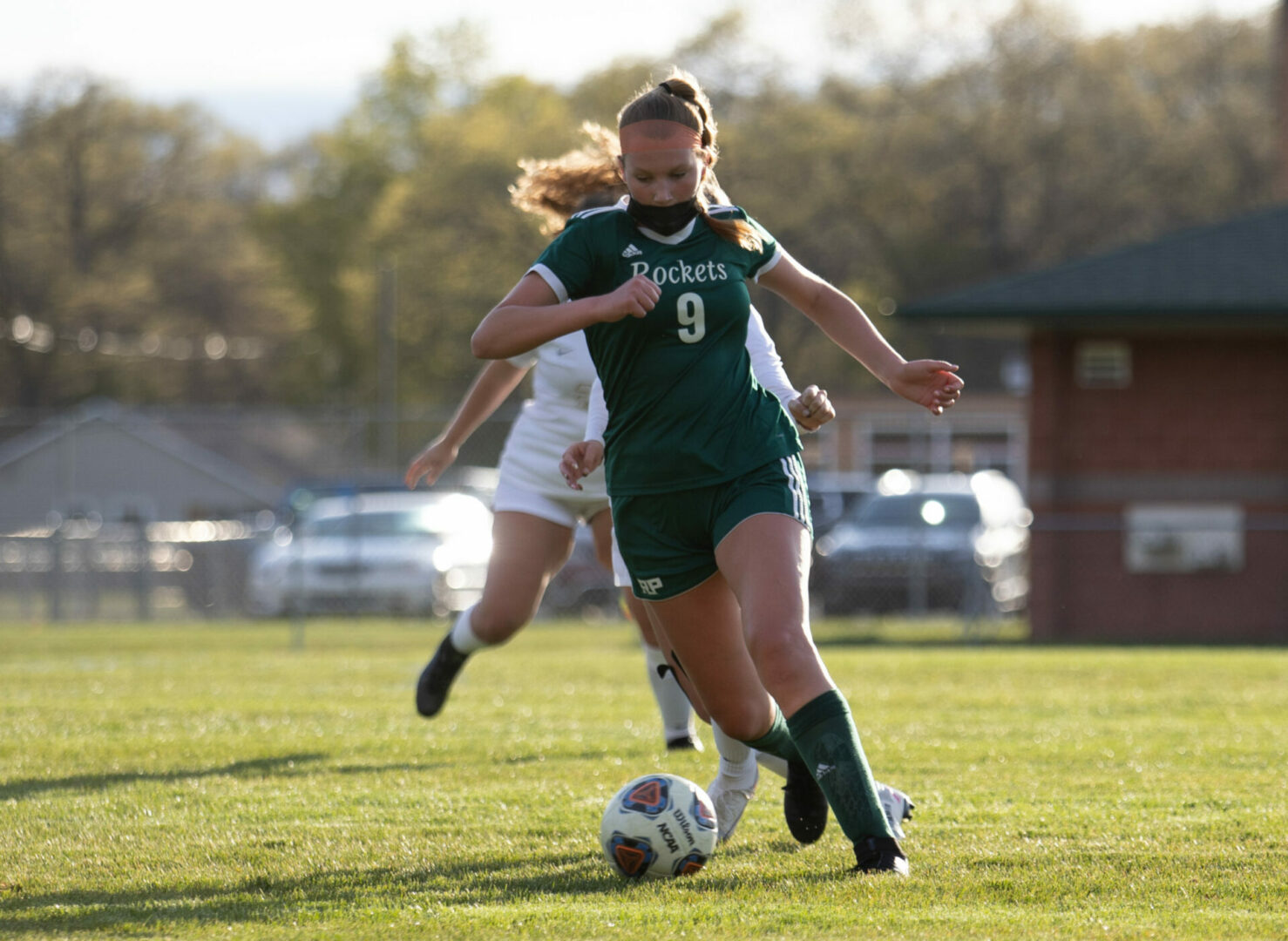 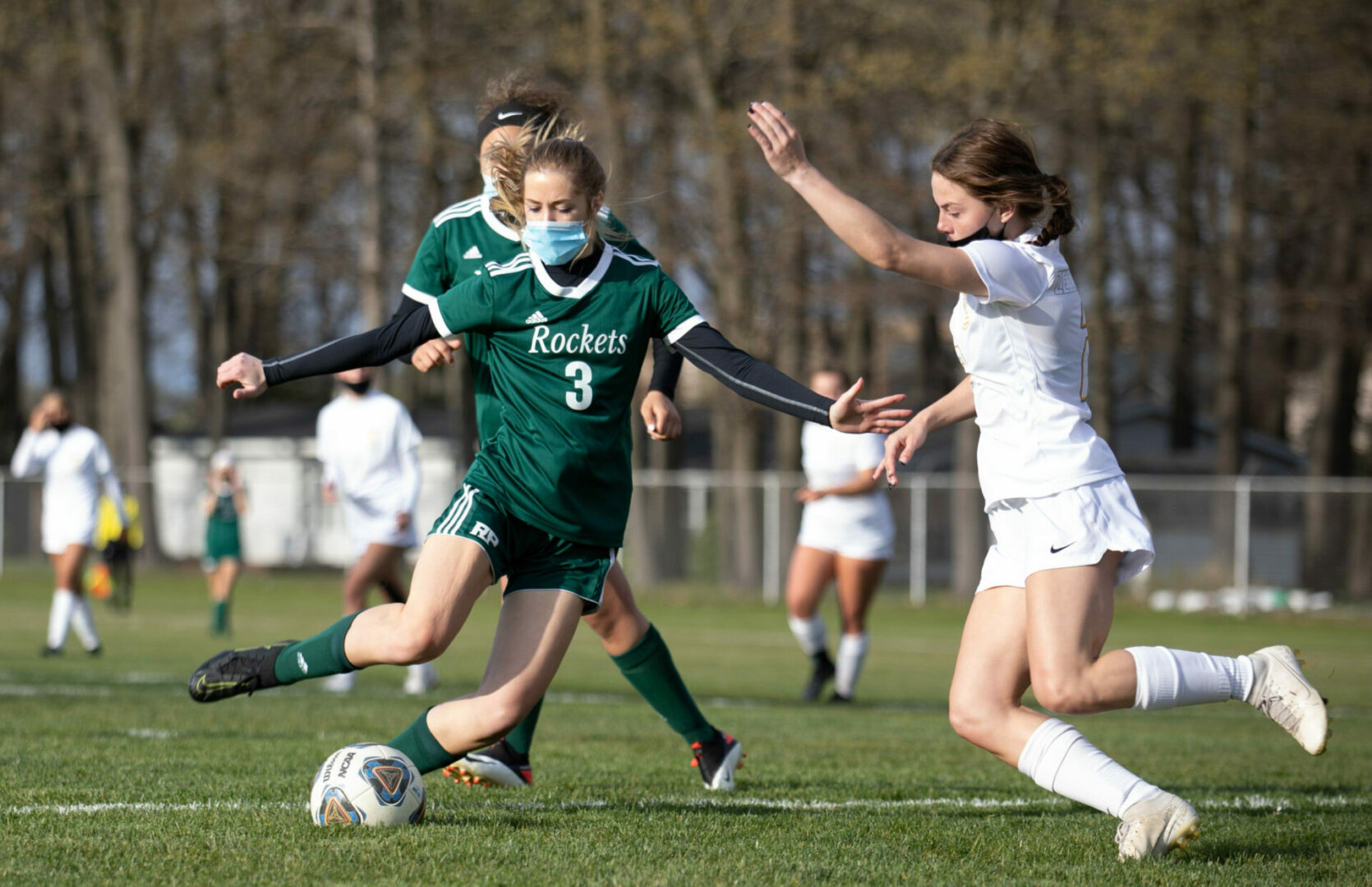 Reeths-Puffer’s No. 3 Alexandria Stephenson gets ready to take a shot. Photo/Tonya Pardon