LSJ High School Heroes of the Week: Ravenna’s Gillard is No. 1 for being the first pitcher to beat Oakridge this season

Entering Friday’s softball doubleheader showdown between Oakridge and Ravenna, no team had been able to keep pace with the Eagles, who were 21-0 with 19 wins coming by mercy rule.

But the Bulldogs stepped up to the challenge against the No. 1 team in the state, and handed Oakridge its first loss of the season, 7-3, to start the doubleheader. 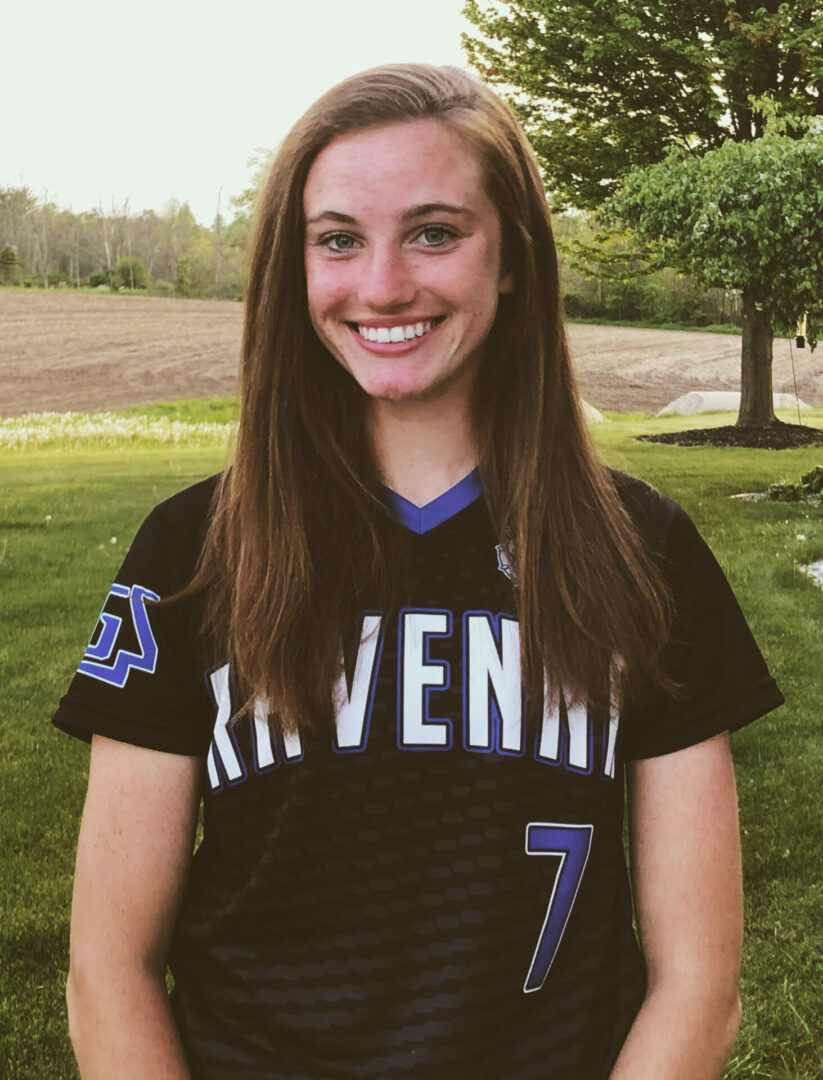 Pitcher Emma Gillard tossed a full seven innings, allowing three runs on five hits with 12 strikeouts against the mighty Oakridge offense. In recognition of the performance, Gillard is the LocalSportsJournal.com High School Hero of the Week for May 8-14.

“I knew it was going to be hard, but I knew my teammates were going to step up and show up to play,” Gillard told LSJ. “Credit to Oakridge, they’ve put on a show all year. I knew I had to hit my spots and have my changeup looking good to keep them off their feet.”

Gillard has handled much of the pitching duties for a Ravenna team that is having quite the season of its own, with a 14-3 overall record after Friday’s split with the Eagles. Gillard said her pitching record on the year is 12-3, but none of her wins stand out more than the win over Oakridge.

“It was so exciting,” she said. “It was like a dream come true. I’ll never forget the moment I threw that last pitch and knew what we had just done.”

As Gillard saw firsthand in the second game against Oakridge (a 13-4 defeat), shutting down the Eagles is no easy task. They have several hitters with power and high batting averages, led by Brooklyn Galdeen (.527 average, 7 homers as of May 1) and Jasmine Pastor (.492, 5 homers as of May 1).

“I knew Oakridge was going to hit the ball, I just had to keep them off their feet with my changeup, hit my spots whenever I could,” Gillard said. “I knew my defense would be there to help behind me and they were.”

Other top heroes of the week

2, Mikaylyn Kenney, Pentwater softball. Kenney starred for the Falcons in a doubleheader sweep of Mason County Eastern on Monday. In Game 1, Kenney tossed a four-inning no-hitter with eight strikeouts and collected two hits and four RBIs offensively. In the second game, Kenney allowed just one hit in six innings, striking out 18 batters. She had three hits and two RBI in the nightcap as well.

3, Maggie Evans, Whitehall soccer. Evans turned in another high-scoring performance with a career-high seven goals against Hart. She also contributed an assist in the Vikings’ 11-0 conference win.

4, Lilli Goodrich, Ludington softball. In a doubleheader sweep of Shelby last week, Goodrich contributed as a pitcher and hitter. She tossed a pair of complete games, totaling 22 strikeouts in 12 innings of work against just nine hits allowed. Between the two games, Goodrich had a single, double, triple and two home runs at the plate, driving in six runs.

5,  Jacob Irelan, Ludington baseball. Ireland pitched a one-hit shutout in the second game of a twin bill against Shelby Thursday, striking out six. He was also perfect at the plate, going 3-for-3 with a double, two RBI and four runs scored.

As demonstrated above, there were some great individual pitching performances for local softball teams last week. But several area teams also had the bats working, and put up some crooked numbers.

On Monday, Grand Haven scored 27 runs in a doubleheader sweep of Reeths-Puffer, while Pentwater totaled 30 runs in a pair of wins over Mason County Eastern.

Tuesday’s games upped the ante. Ravenna scored 28 in two games against Shelby, Oakridge crossed the plate 35 times in a sweep of North Muskegon, Fremont hit three grand slams as part of a 41-run day against Reed City, and Reeths-Puffer bounced back to drop 46 on Grand Rapids Union.

The scoring outbursts continued Thursday, when Ludington scored 30 in a doubleheader with Shelby and Hart slugged out 38 runs in a sweep of Manistee Catholic Central.

Spring sports standings are hard to track down, because so many teams play so many games on different days.

We’re still trying to come across some updated baseball, softball and soccer standings for the CSAA Gold and Silver divisions.. We have learned that the O-K conference does not release standings until the end of the season for any sport. The West Michigan Conference is not keeping standings or awarding championship trophies this season, due to COVID.

Special thanks to Orchard View Athletic Director LeRoy Hackley, who provided us with three sets of varsity standings for the Lakes 8 Conference, which are listed below. The team records presented are through May 13.

Update: Lumberjacks’ decision to fire Krygier due to “philosophical differences”

Wednesday wrestling roundup: Hart and Reeths-Puffer each go 2-0 on the night

Manistee to host Mason County Central against Cadillac in Class B regional finals, switched from Petoskey