Mona Shores soccer team uses a group defensive approach to keep opponents away from their goal, off the scoreboard

While that’s an amazing stat, Buikema isn’t sure it belongs to her. That’s because she has been protected by a defense that prevents opponents from taking very many shots, and therefore from having the chance to score very many goals.

Through May 8, for instance, Buikema had nine shutouts on the season, but had only faced 40 shots. 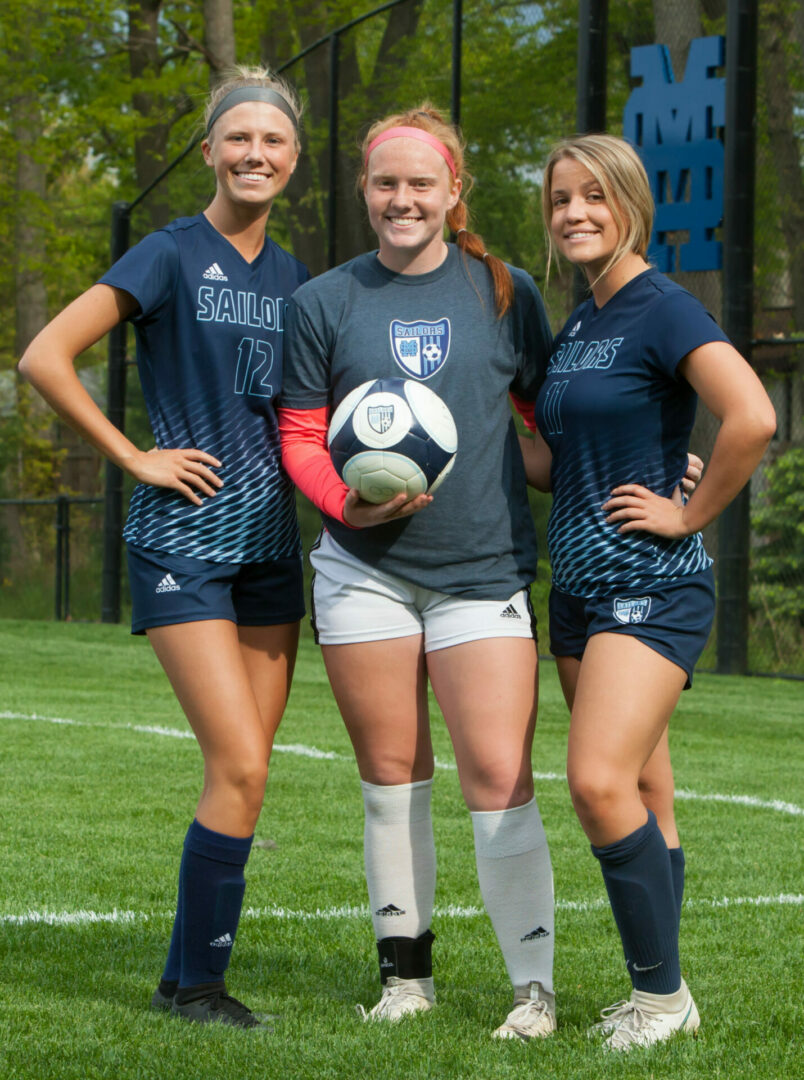 “I kind of feel like the shutout doesn’t go to me,” said Buikema, who got her 10th shutout on Tuesday night in an O-K Green Conference tournament first-round victory over Muskegon. “It goes to our defense really. I maybe have three touches in some games, and that might just be to clear the ball. I feel like those really belong to my defense who keeps me protected.”

This year Mona Shores has been extra stingy, only allowing eight goals in 16 games, which has helped the team post a 12-3-1 overall record and a perfect 8-0 mark in conference play, which may very well lead to an O-K Green championship.

All but two of the team’s victories have been by shutout. Two of the three losses could have easily been wins thanks to the greedy defense – a 1-0 shootout loss to DeWitt and a 1-0 loss to Spring Lake. The most goals they’ve given up is three in the season opener, and they have only allowed two goals in one game.

“We talk about it every day,” said Mona Shores head coach Dylan Darga about the defensive mindset his team plays with. “It’s about team defense and keeping teams off the scoreboard. It’s more of a mentality rather than any kind of job or responsibility.”

Darga is still very happy to have Buikema guarding the net, for those moments when dangerous shots find their way through.

“She’s a very confident kid,” said Darga about the junior goalkeeper. “She works hard and takes things serious. She doesn’t take any plays off, which is hard to do when she might only see a shot or two per game. But being the competitor that she is, she’s always ready.” 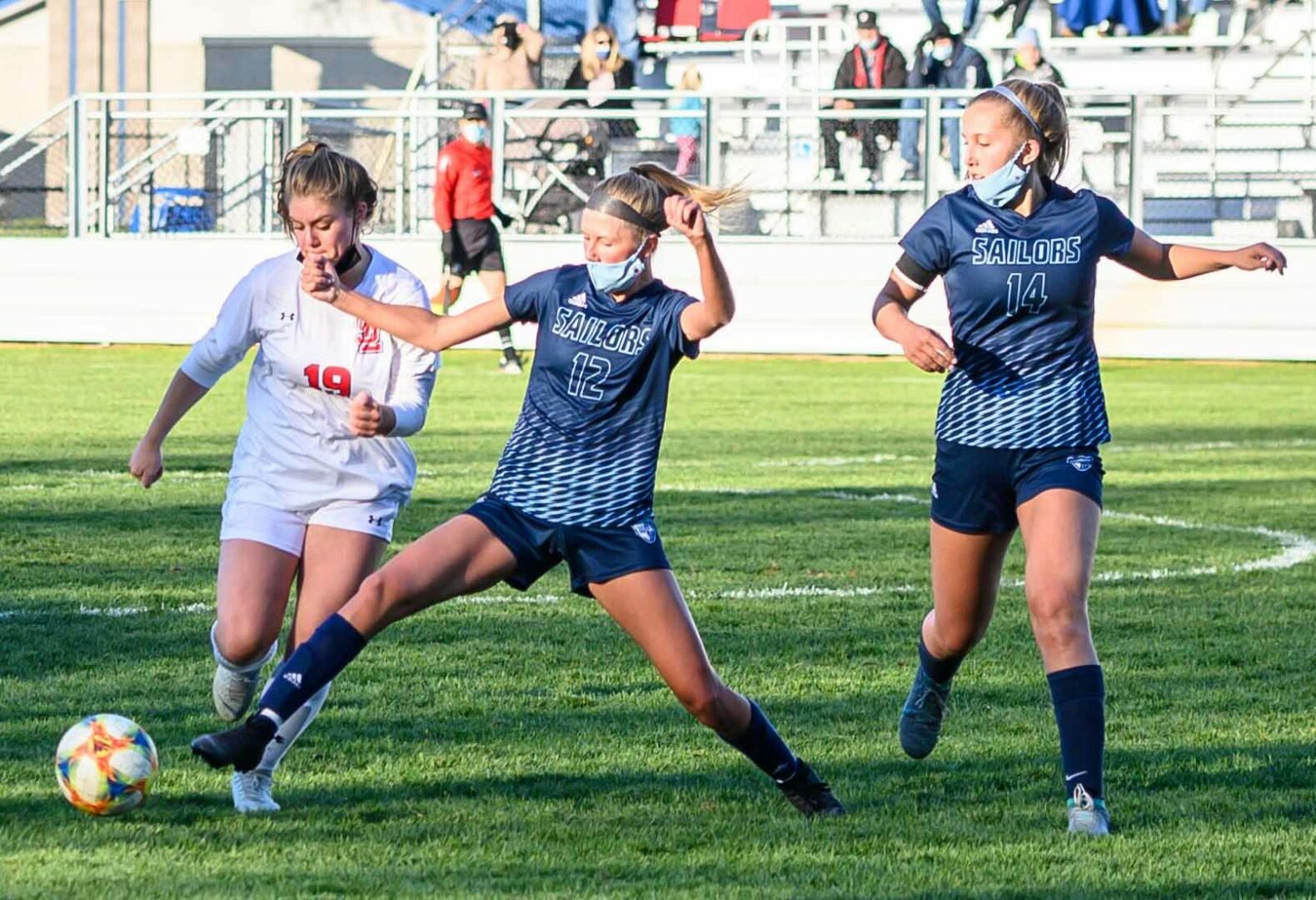 McCombs kicks the ball away from Spring Lake as No. 14 Anna Anderson follows nearby. Photo/Eric Sturr

That being said, Darga knows that a goalie’s best friend is a tenacious defense, and he’s been preaching that since he took over the program in 2017.

“All 19 players have really embraced the type of system we play,” Darga said. “They’ve done a really nice job of adjusting and it can be tough sometimes with different kids who play on different clubs with different styles.”

“It’s extremely fulfilling,” said Mikesell, who spearheads the defensive effort. “Getting a shutout is the biggest thing a defense can do. We’ve tried to shut teams down before they even get to our half of the field, and we’ve shown our ability to do that.”

“She plays a huge role,” Darga said about Mikesell. “She has been our rock back there for us. She does a really good job of controlling play and stepping up when she needs to. She’s really embraced her role and worked on being a vocal leader.”

The tough defense combines with a potent offense to give Mona Shores a deadly combination. The Sailors have scored at least five goals in eight different games, and have three 8-0 wins and two 9-0 wins. 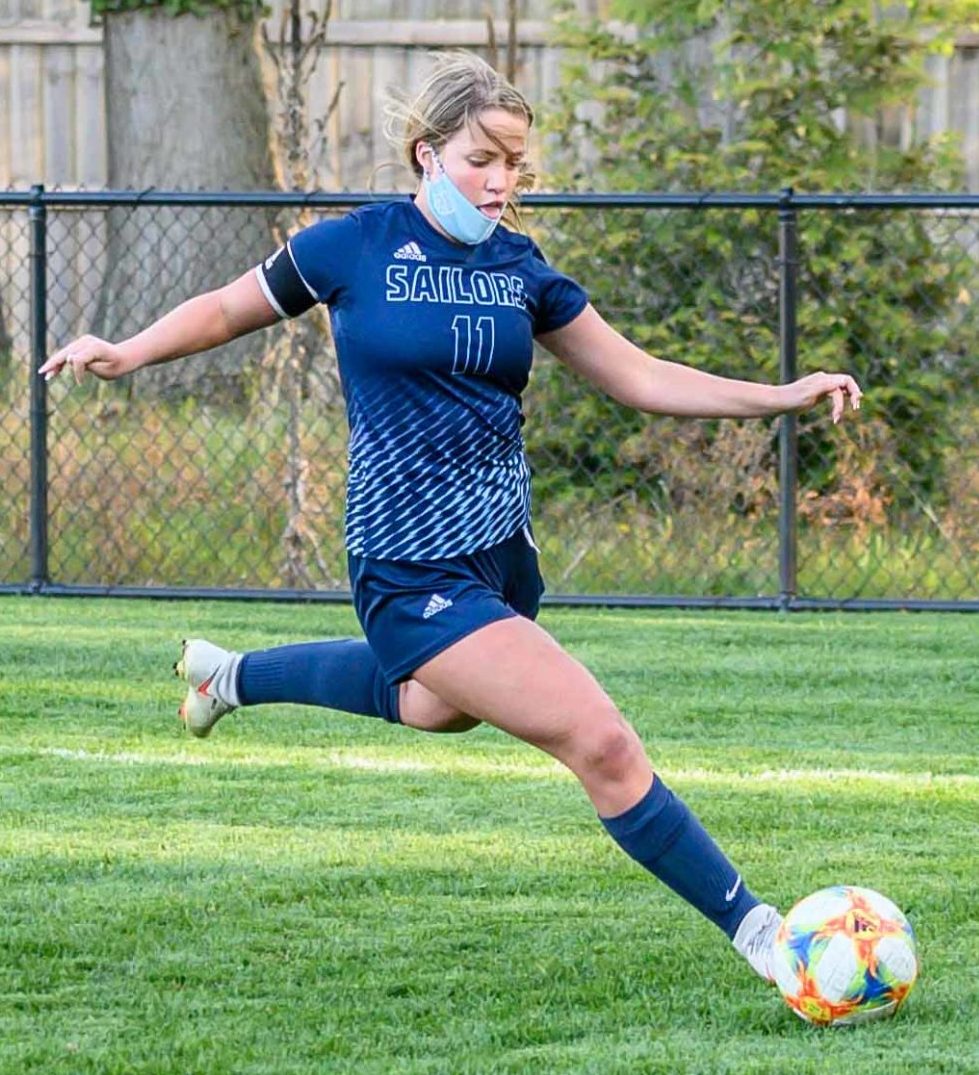 Mikesell gets ready to clear the ball for the Sailors. Photo/Eric Sturr

The team has a balanced offensive attack. Through May 8, Bri Wade led the team with 13 goals, Lyida Sowles had 11, Riley Rosenthal had nine and Mia Brown had eight.

The Sailors are hopeful that their style will lead to an overall conference title, including the O-K Green tournament title, which will be decided in the championship game next Monday.

“We haven’t really thought of ourselves as conference champs yet,” Buikema said. “We still have a lot of games and minutes to be played. We’re still training to win that conference championship, and our season depends on not making little mistakes.”

While the Sailors are currently focused on the conference tournament, on May 28 they will play their first district game in the state tournament, and they will have a chance to go as far as their talent – and defense – can take them.

That goal isn’t lost on Darga either.

“We’ve definitely talked about a district championship,” the coach said. “We talk about taking each day and practice one at a time, but we always think about that when we’re training or when we have success. It’s all building toward that.”