MUSKEGON TWP. – The Reeths-Puffer baseball team has been hot lately, and had an O-K Green conference championship in its sights headed into a Tuesday

A sweep of the doubleheader, then another victory over the Chix on Thursday, would have given the Rockets a share of the title.

Unfortunately for R-P, the plan was derailed right away with a pair of losses, 4-2 and 10-0, on its home field. Zeeland East clinched the conference title with the wins. 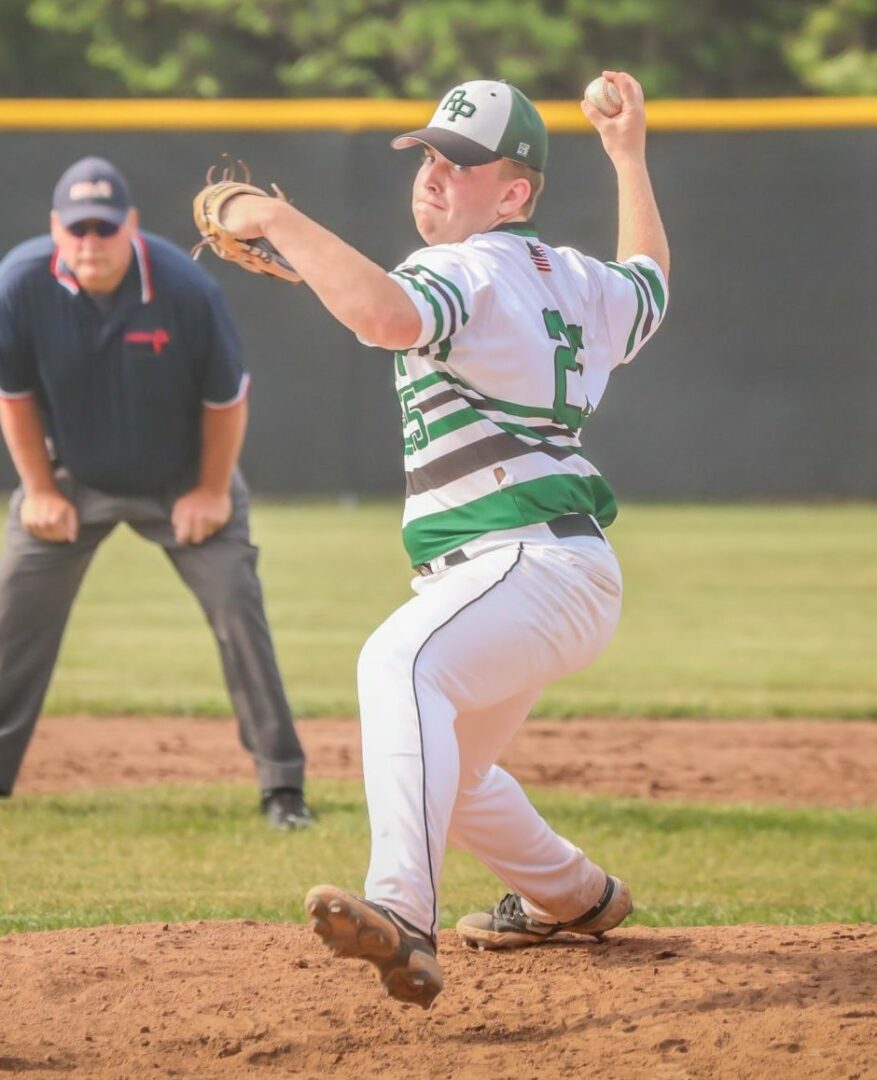 The losses were a bucket of cold water on a Rocket team that has been buzzing through its schedule in recent weeks, winning 19 of its previous 22 games.

Now the Rockets will turn their attention to next week’s Division 2 district tournament, which they are hosting.

“We’re still 20-9,” said Rockets head coach Butch Attig. “One of our goals was to win conference, we didn’t do that, so now we have a last goal of hoisting the district trophy on our home field. I think we can do it. I’m very positive about it, but moving forward Thursday and next Wednesday, we’ve gotta get better.”

Pitching has been a strong point for Reeths-Puffer this season, but it’s two top hurlers, Ryan Barmes and Kaleb Mitchelson, took the losses in Games 1 and 2, respectively. 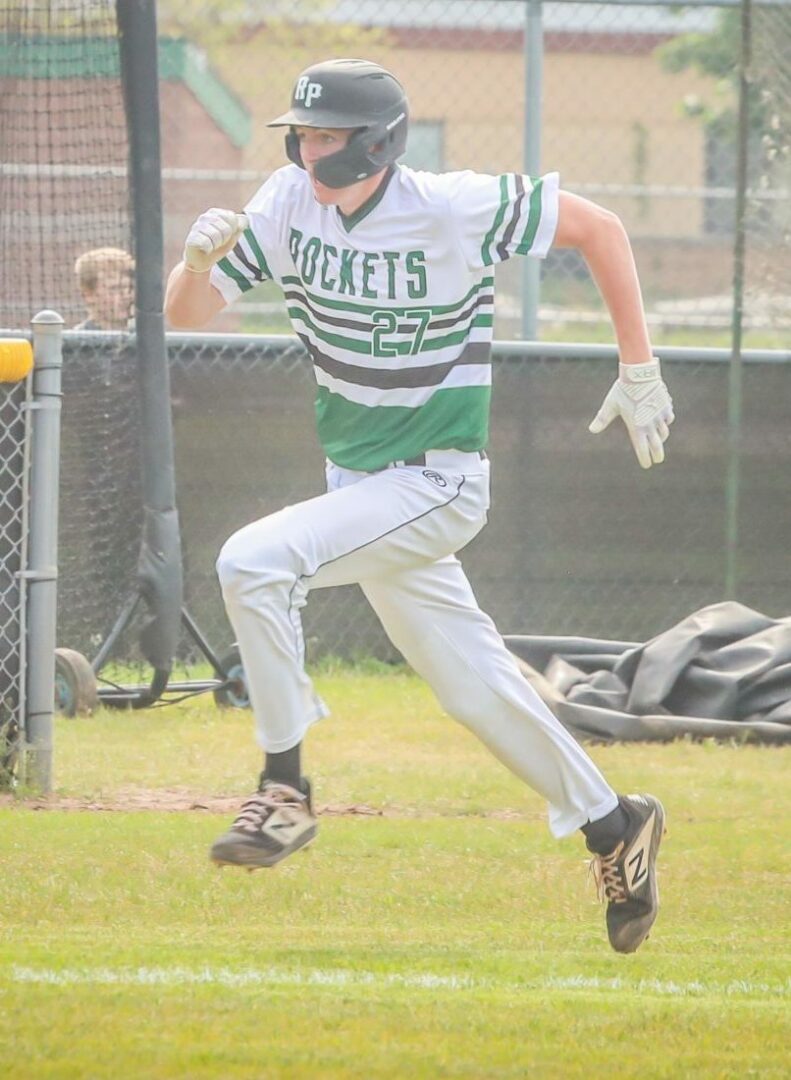 Kendall Smith runs to first base for the Rockets. Photo/Joe Lane

Mitchelson pitched 3 2/3 innings, striking out two and walking none, but allowing 10 hits. Kendall Smith relieved and pitched the rest of the game.

The bats were also cold, with the Rockets managing only one hit in the second game, a double by Alex Johnson in the third inning.

Although the night was a disappointing in the win-loss column, all was not negative for the Rockets, who honored six departing players on Senior Night.

“Our seniors, and everyone’s seniors, didn’t have a season last year, and to honor them tonight feels a little emotional, because these kids have been playing baseball since they were seven, eight years old,” Attig said.  “I wanted to have a positive for them. It was a good night, especially for the parents.”

The Rockets plan to sharpen up their game again as they prepare for the one-and-done postseason tournament.

“This is a game of failures,” Attig said. “We took a couple steps back tonight, so I’m looking for our (starting pitcher)  on Thursday to be more efficient, and I’m looking for us to go up to bat with a purpose. It’s the small things that we do that are gonna push us forward and make us better.”

Risers settle for a tie with Toledo, barely miss out on final league playoff spot