NORTON SHORES – At the beginning of the season, the Mona Shores boys golf team set out to become comfortable in uncomfortable situations.

That means the Sailors had lots of tough tournaments scheduled, against top opponents from around the state, and knew they likely would not win them all. But by playing against the very best, they figured they would be toughened up by the time the state regionals and finals rolled around. 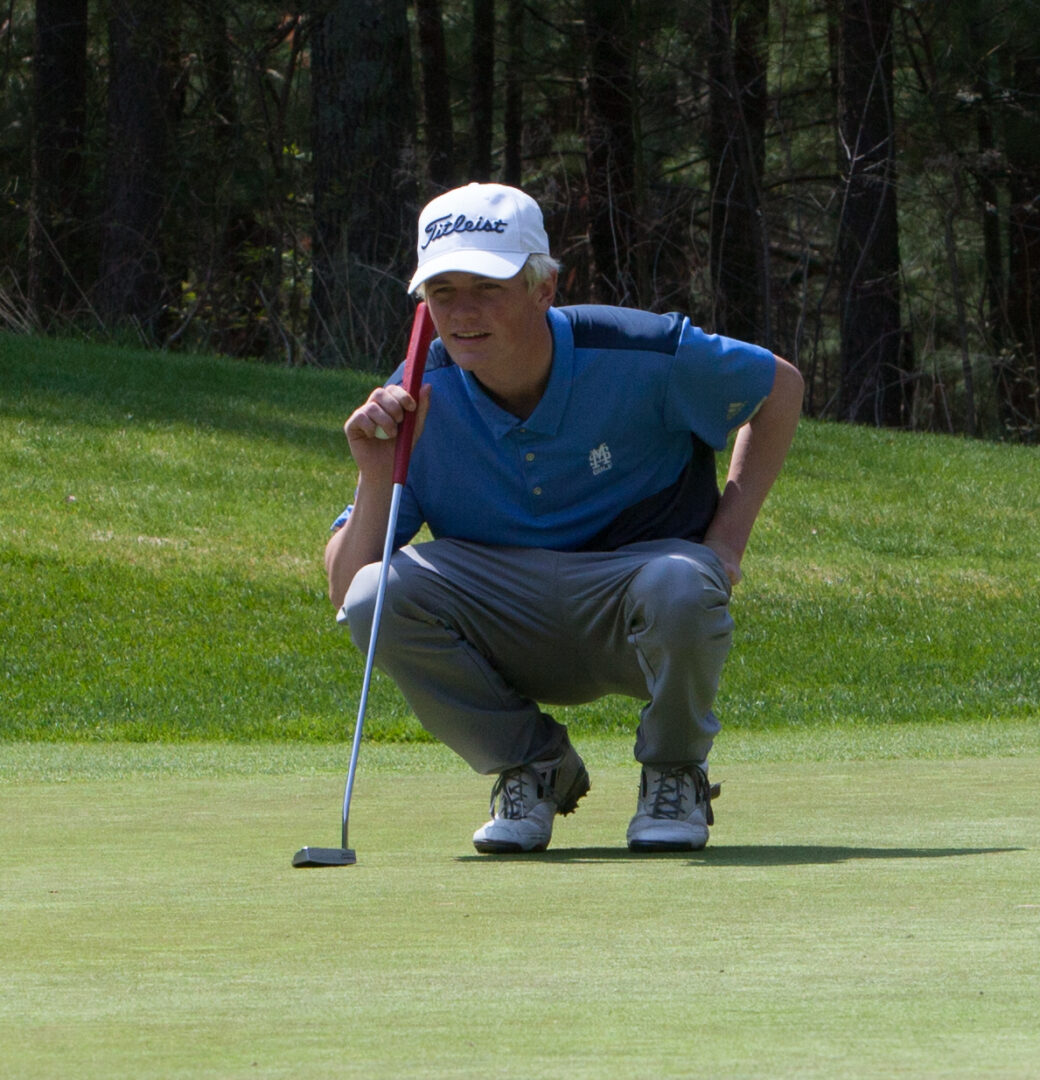 “If you had told me before the season that we’d finish second in these events, I’d have been pretty happy,” said Mona Shores Coach Scott Volkmann.

Those finishes have kept the Sailors near the top of the state rankings in Division 1. Earlier in the season they were ranked No. 1, and now they are No. 5.

Now the trick will be to turn that lofty ranking into lofty accomplishments, like perhaps winning the school’s first boys state golf team championship since 2005. If they could pull that off, the Sailors would be the second Muskegon County team to win a state golf title this academic year, joining the Montague girls team, which won it in the fall.

“I think it’s going well,” Volkmann said about the season so far. “We played some big events early to get them tested. We wanted the guys to get comfortable with being uncomfortable. That way it should be easier in the postseason, and I think it’s helped so far.”

The reason that the Sailors are having so much success is that they’re a well-balanced squad with more than enough depth. The Sailors don’t have one team star – they have a bunch of them. 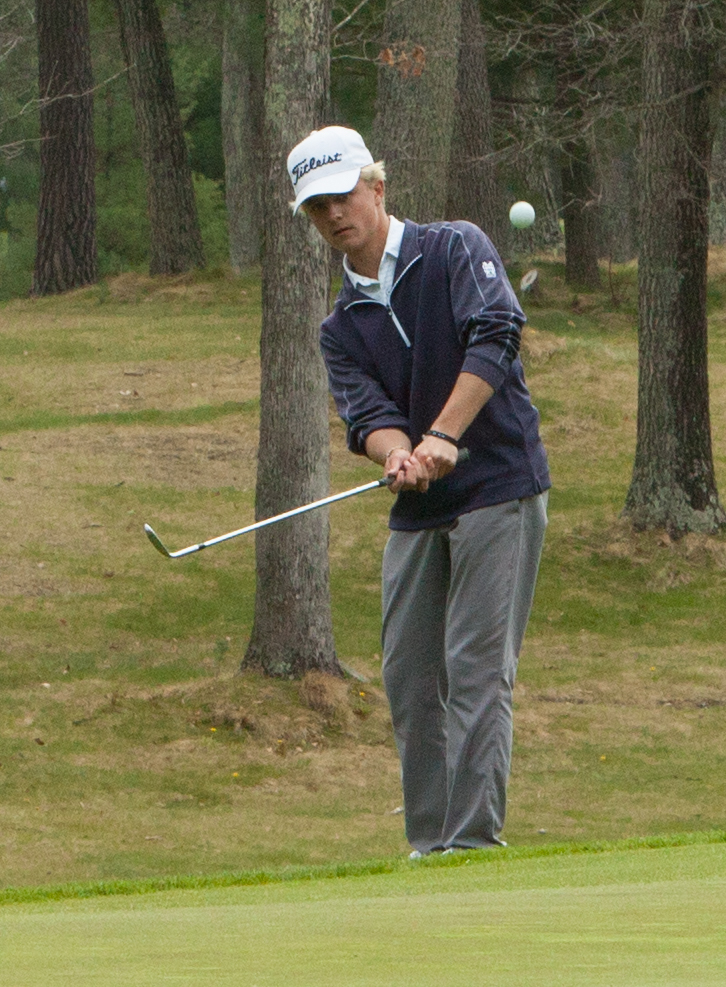 Nicholas Taylor chips from off the green for Mona Shores during the GMAA city tournament. Photo/Jason Goorman

Seven Mona Shores players are ranked in the top eight in the O-K Green conference in average scores this season, which explains why the Sailors have won all five conference tournaments so far.

There is a down side to being so balanced and dominant, because only six players from a team can compete in any given event, and only the top four scores count toward the team total.

“It’s unfortunate really, because we have six or seven guys who could make individual all-conference,” Volkmann said. “I feel bad for our sixth guy sometimes, because if you’re not shooting 80 or below, guys are coming for your spot.”

But Knowlton says there is definite value to having skilled teammates who push each other throughout the season.

“I take a lot of pride in it,” said Knowlton about being one of the top players in the conference. “I always want to be the lowest score on the team, which I think everyone does, and that’s why we’re as good as we are. We’re all a little selfish, but very much team players. We want to beat each other and the other teams at the same time.”

Mona Shores ran away with the team title by 48 shots, finishing with a total of 297 while Reeths-Puffer was second with 345.

While the Sailors are competitive with one another, they’re still a tight knit group, and that should make a big difference in a few weeks, when they pool their talents in an attempt to win team state honors.

The Sailors also have a very bright future, regardless of what happens the rest of this season, because only one player, Andrew Taylor, will be graduating this spring.

“They’re a tremendous group of kids,” Volkmann said. “They’re respectful and they work hard. They ask good questions and joke around. It’s really been awesome, and you don’t get a group like this very often, so it’s been good.” 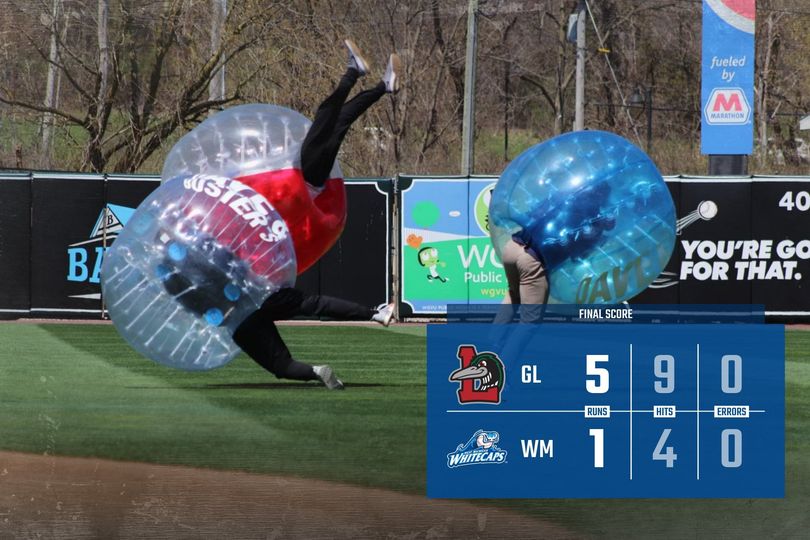