MUSKEGON TWP. — You never know how a season is going to unfold, especially for a young team that didn’t play last season due to COVID-19.

Even for a team with a recent track record of success like Spring Lake’s girls soccer team, there are unknowns. The Lakers had five freshmen with a lot of playing time, and it can be tough to win consistently with young players in big roles.

But the Lakers managed to prevail, winning their fifth straight Division 2 district title by defeating Fruitport 4-0 at Reeths-Puffer’s Eric Marcil Field on Saturday. 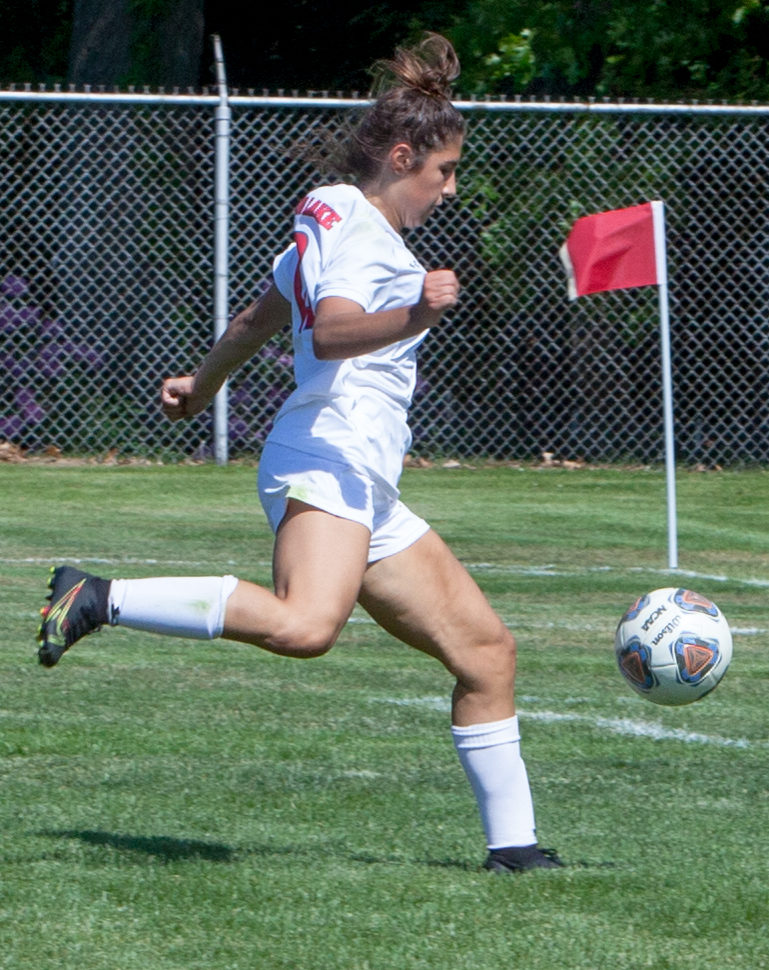 “We kind of always expect to win districts because that is where we set our goals,” said Spring Lake coach Becky May. “But on the other hand, I started five freshmen and I don’t think there was another team in the district or conference that came close to that.”

The Lakers are now 13-3-2 on the season and will play East Grand Rapids on Tuesday at Cedar Springs in the Division 2 regional semifinals.

Saturday’s game was scoreless during the first 24 minutes of play before the flood gates opened a bit for the Lakers.

Junior Meah Bajt opened the scoring on a breakaway with 15:49 left in the first half to give Spring Lake a 1-0.

One minutes later, during a corner kick by Spring Lake, Trojans starting goalkeeper Haylee Westcomb was given a red card for an unknown infraction, disqualifying her from the rest of the game. 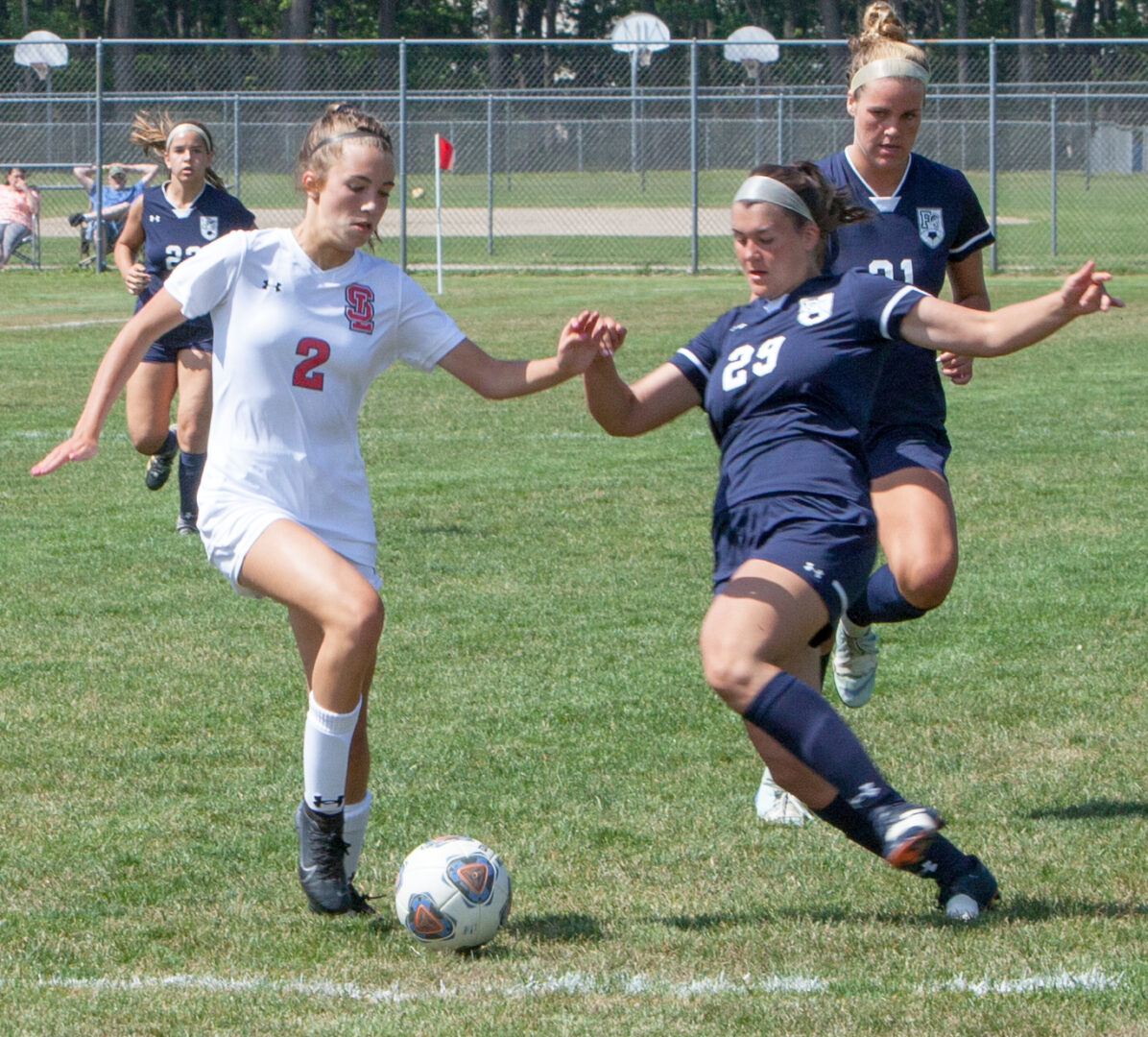 Ella Andree pushes the ball as Fruitport’s No. 29 Chloe Glynn goes in for a slide tackle. Photo/Jason Goorman

Fruitport replaced Westcomb in the net with freshman Riley Kettel and had to play the rest of the game one person short on the field.

The Lakers took advantage right away, scoring on a free kick from Eryn Bouwhuis with 14:39 left in the first half to increase the lead to 2-0.

Spring Lake continued to pressure the Trojans late in the first half with eight consecutive shots on goal.

The Lakers finally connected with 2:23 left in the first half as Bajt scored her second goal of the contest to give Spring Lake a 3-0 lead.

Spring Lake held the three-goal advantage at halftime while outshooting the Trojans by a 14-1 margin.

The Trojans managed to hold Spring Lake throughout most of the second half, allowing just one goal on nine shots.

Bajt completed a hat trick with her third goal with 21:56 left in the second half to close out the scoring. It was Bajt’s second district title after winning as a freshman two years ago and it was extra special for her after missing out last season.

“It was definitely a great reward because we didn’t know what we were coming back to this season with a lot of seniors leaving the program,” said Bajt. “Our team was really young and had a tough conference this year which prepared us for districts.”

The Trojans finished their season with a 4-13 overall record. 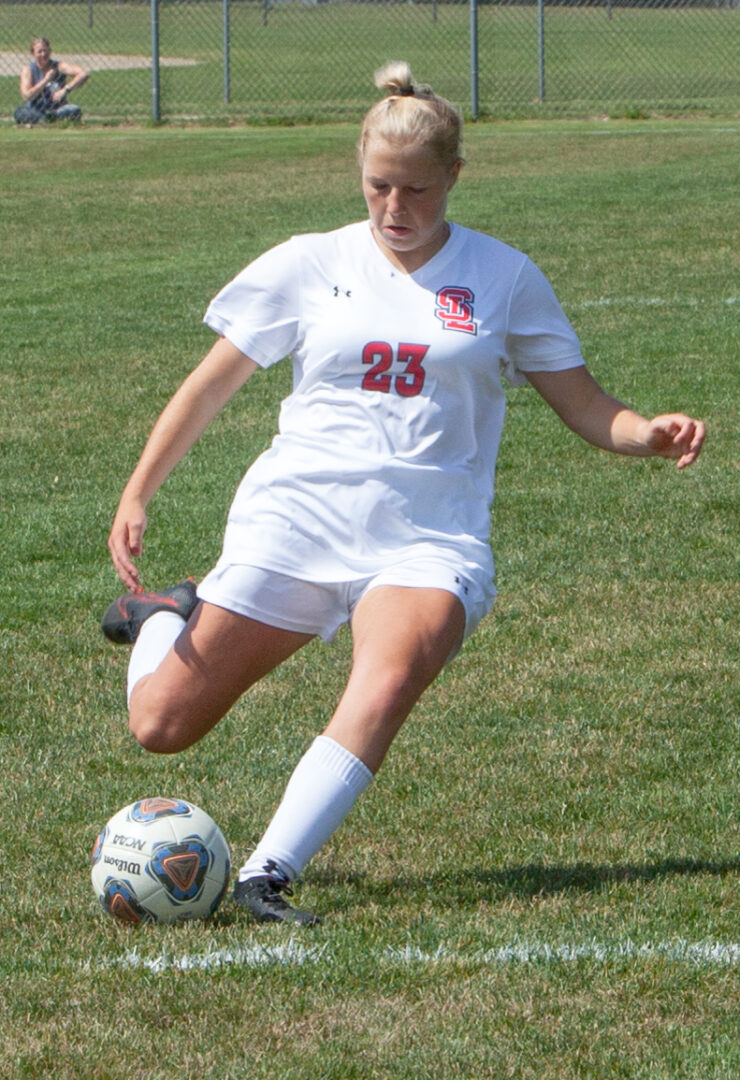 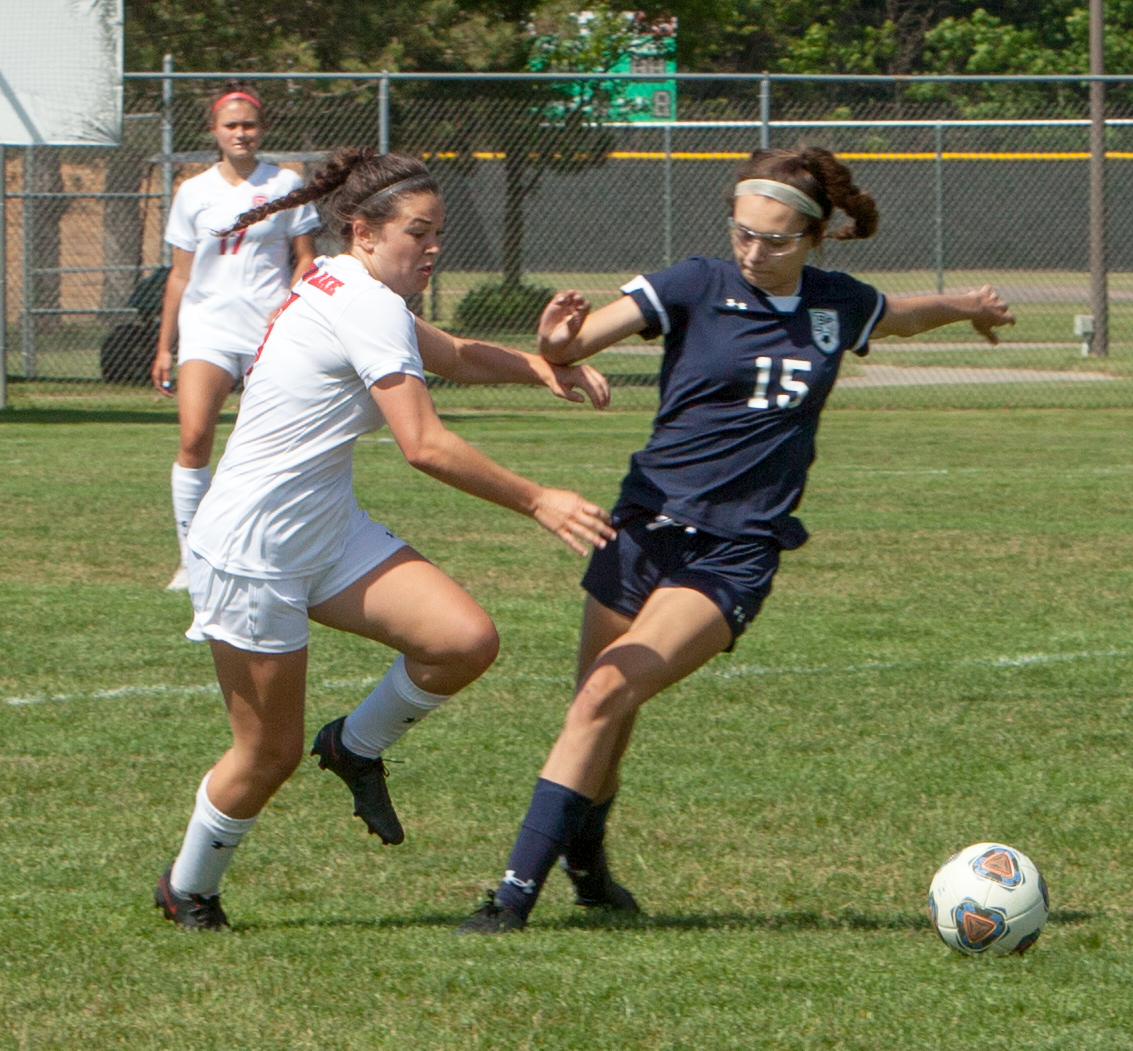 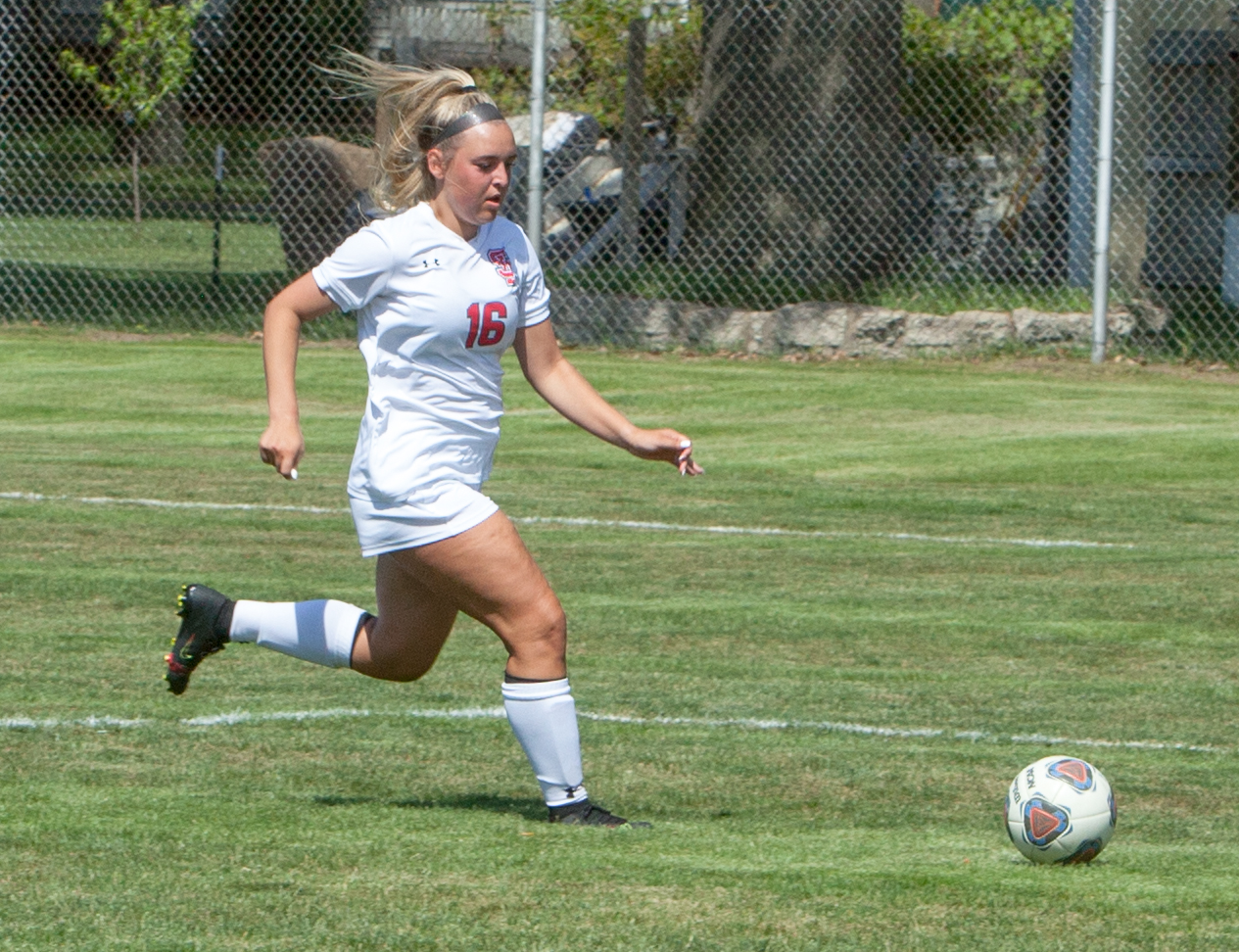 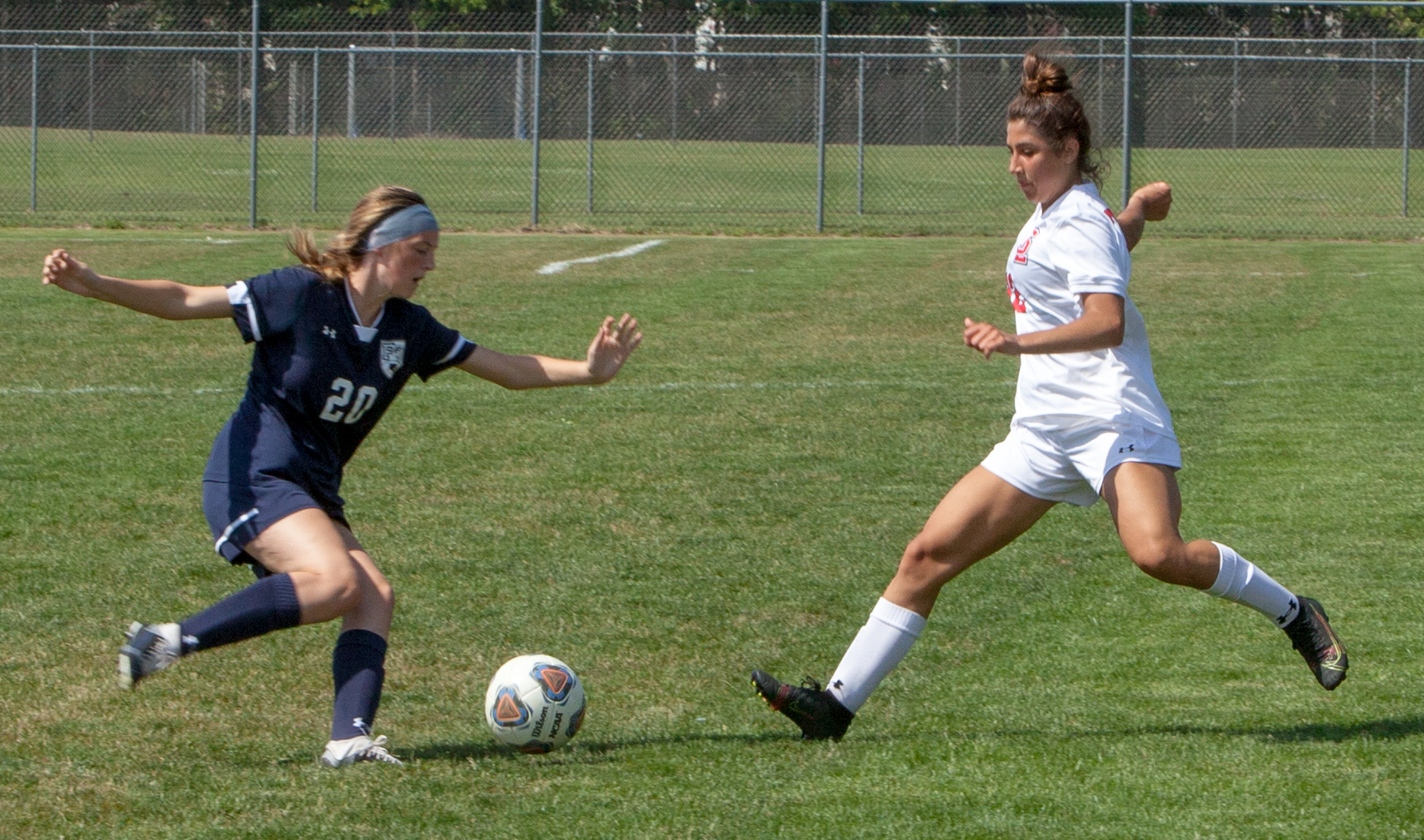