MUSKEGON – Of course all winning streaks must come to an end.

But it sure will be nice when the Muskegon Clippers,  unbeaten on the road,  finally get a victory at home.

After losing their opening game of the season at home, the Clippers went on the road and ripped off five straight victories. That winning streak ended on Friday with a painful 15-5 loss to the Michigan Monarchs at Marsh Field. The game only lasted five innings due to the league’s 10-run mercy rule. 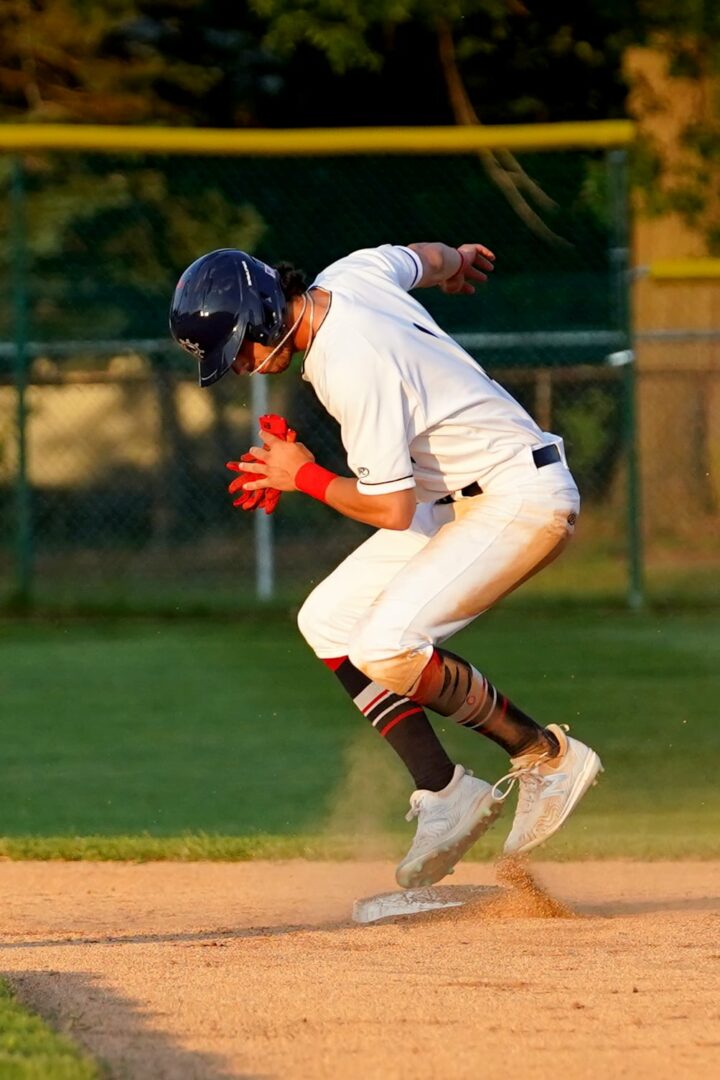 Crew Cohoes pops up after sliding into second base for the Clippers. Photo/Leo Valdez

Muskegon, 5-2 on the season, now returns to the road with a doubleheader against the Jet Box Baseball Club on Saturday. Game 1 is slated to start at 2:35 p.m. while the nightcap is slated for 5:15 p.m.

“The last five ball games, we won the first inning in just about every one of them,” said Clippers manager Walt Gawkowski. “Tonight, it was one of those days where, if you play this game long enough, that is going to happen to you, and you’re going to be on the other end of some of those too. It was very disappointing and discouraging.”

The Monarchs scored four first-inning runs, on a home run by Nelson Padilla, a wild pitch, a ground out by Dillon Kark and a pass ball.

Muskegon responded in the bottom of the first with an RBI single from Noah Marcoux, who was responsible for all five Clipper runs.

The Monarchs added two in the second to take a 6-1 lead on a sacrifice bunt and another wild pitch. They added another two in the third frame on an RBI single by Nicholas Dardas and an error to increase the lead to 8-1.

The Clippers cut their deficit to 8-3 in the bottom half of the third inning on a two-run homer by Marcoux.

The Monarchs responded with another two runs in the fourth on a double by Kark and single from Trenton Neuer to gain a 10-3 advantage.

Muskegon added another two runs with a two-run double from Marcoux in the fourth to cut the deficit to 10-5.

The Clippers had a great opportunity to get back into the game in the sixth inning with the bases loaded and nobody out. But Monarchs relief pitcher Ahmad Haraji struck out the side to keep Muskegon from taking advantage.

“We had the middle of the order coming up, and those guys have hit lately,” Gawkowski said. “Today it just didn’t happen, and this was a missed opportunity.”

The Clippers allowed five runs in the seventh inning, which ended the game. The Monarchs scored two runs on a single from Anthony Sharkas, an RBI single by Ryan Missal, and run-scoring walks from Cory Taylor and Dardas.

Muskegon failed to score in the bottom half of the seventh, which led to a 10-run mercy rule finish. 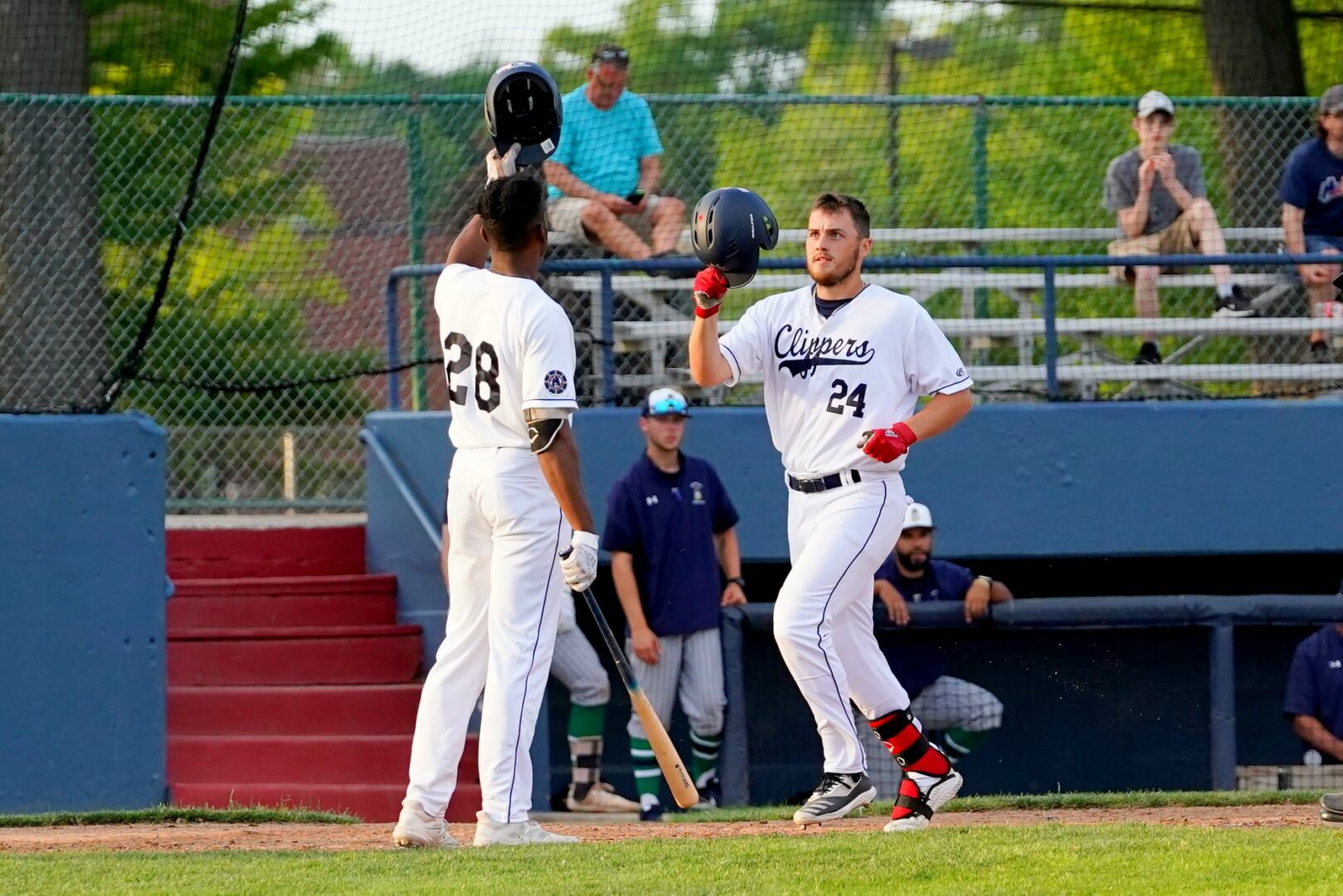 Noah Marcoux is greeted by No. 28 Tre Jones as Marcoux crosses home plate after belting a homer for the Clippers. Photo/Leo Valdez 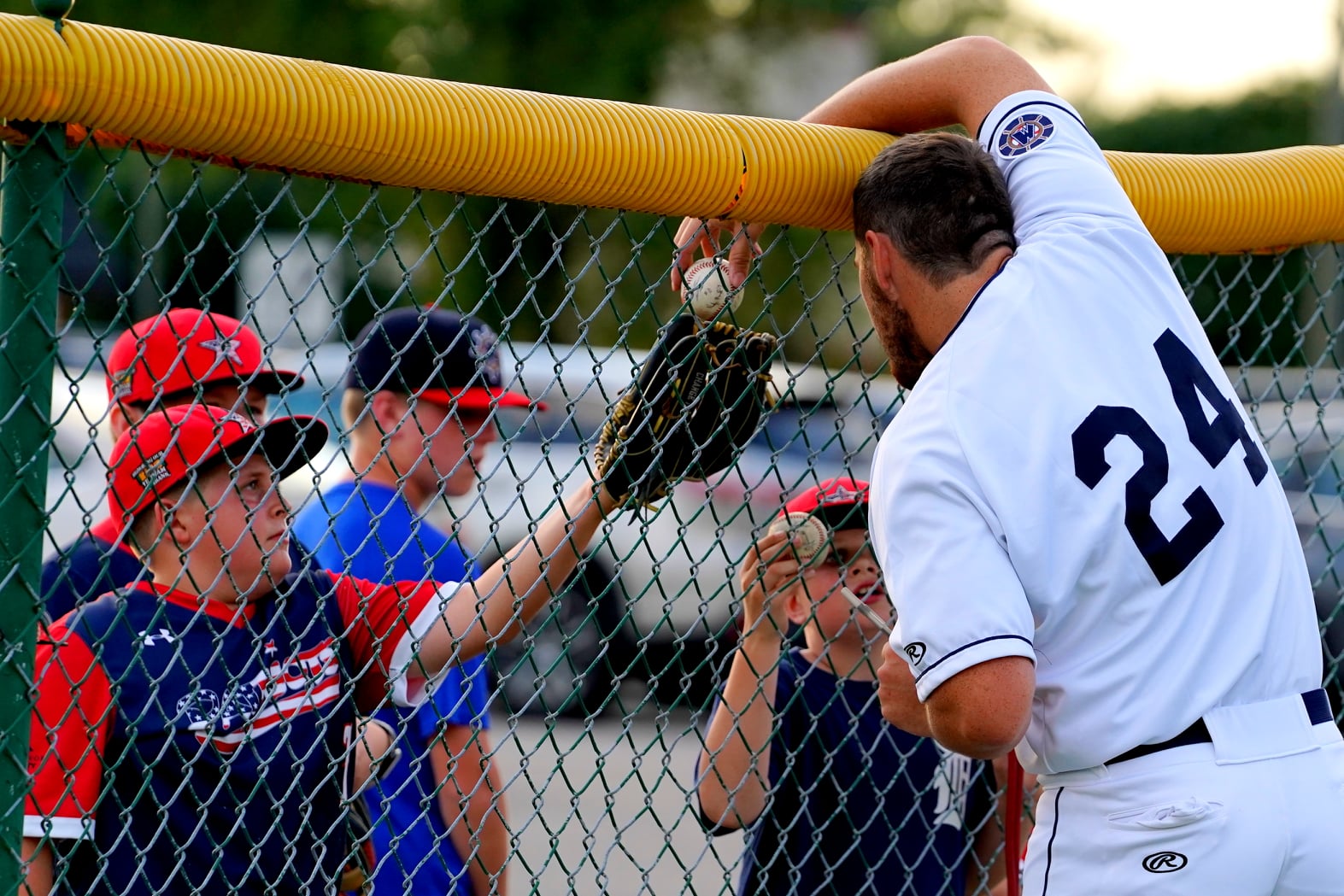 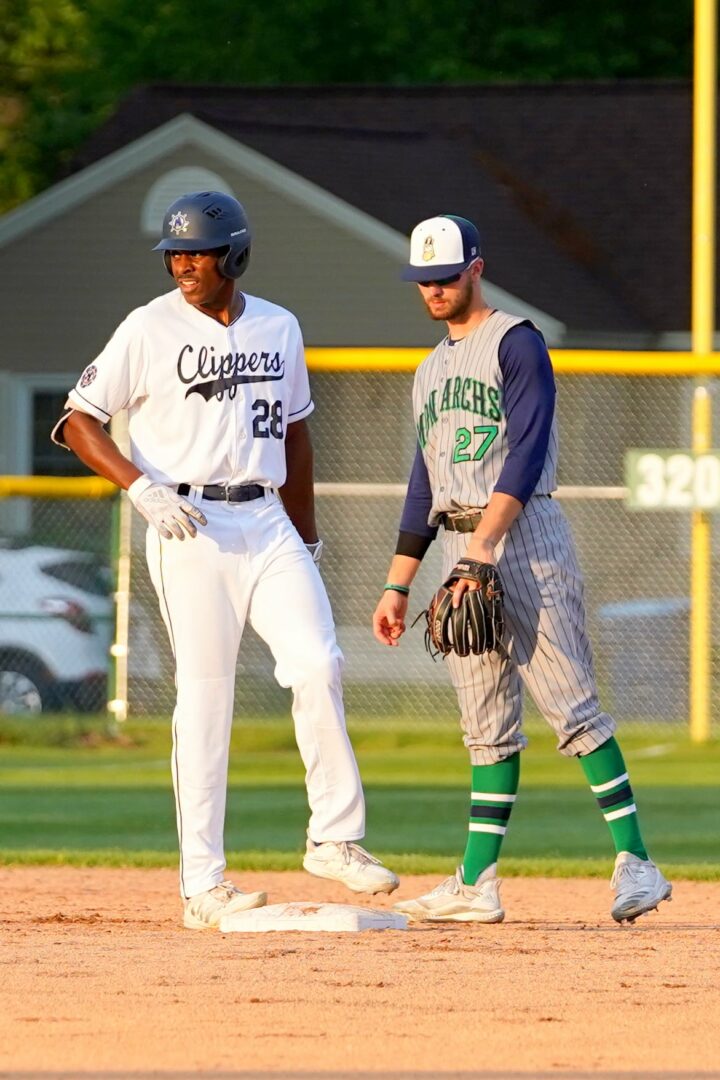 No. 28 Tre Jones looks to his bench after reaching second base for Muskegon. Photo/Leo Valdez 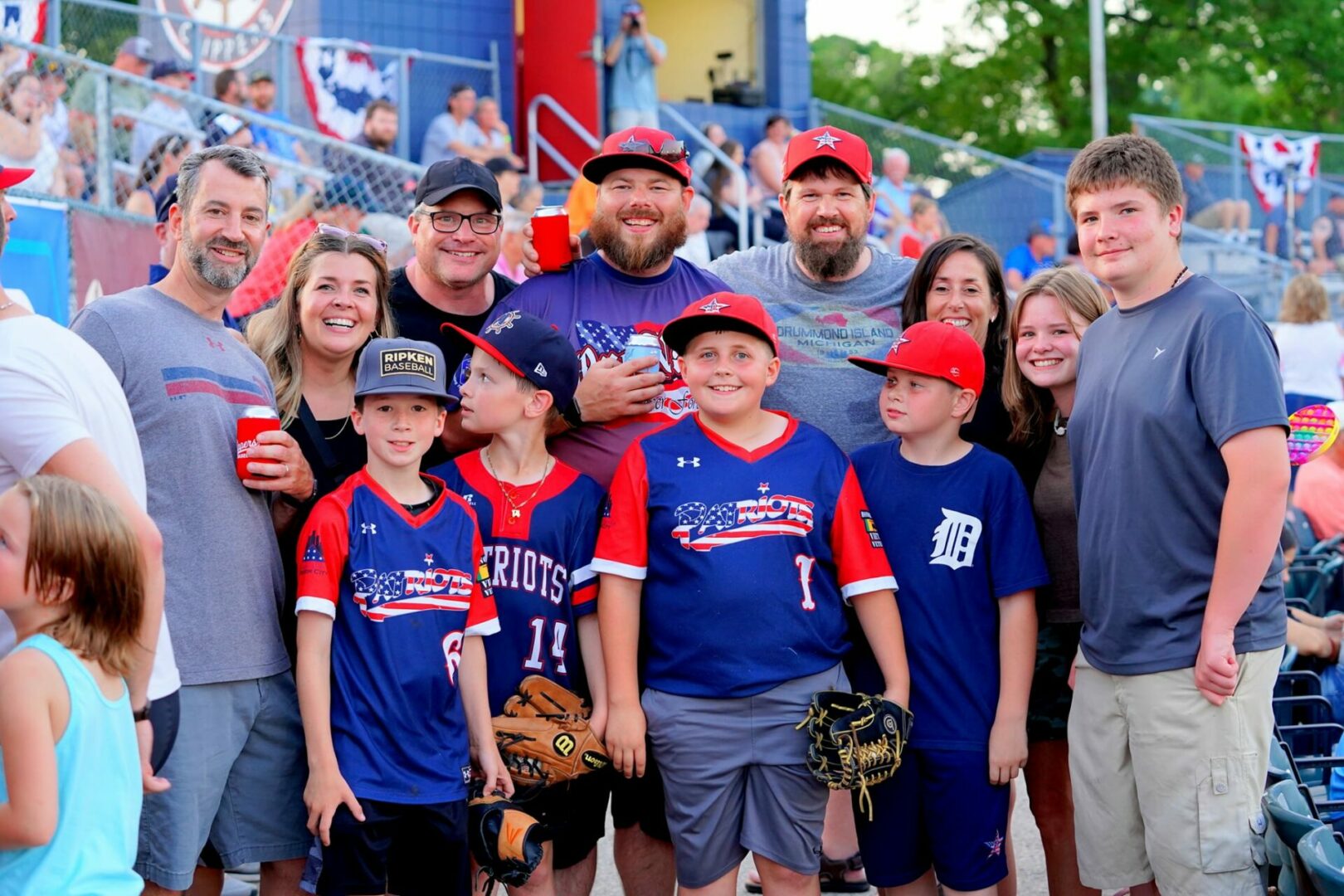 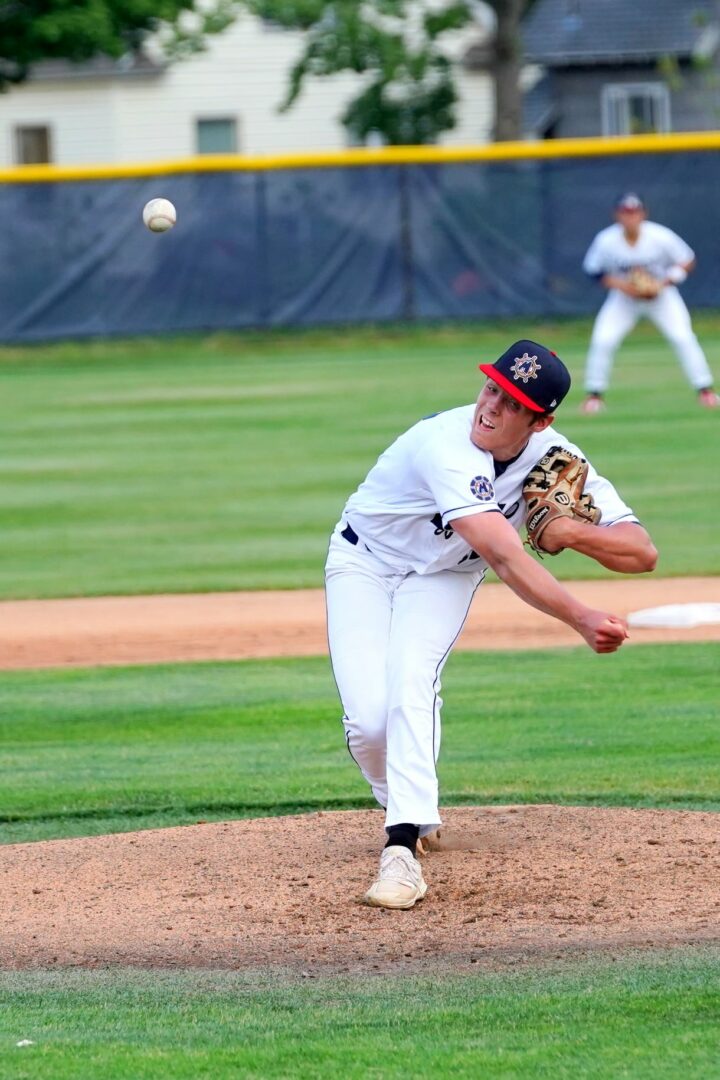 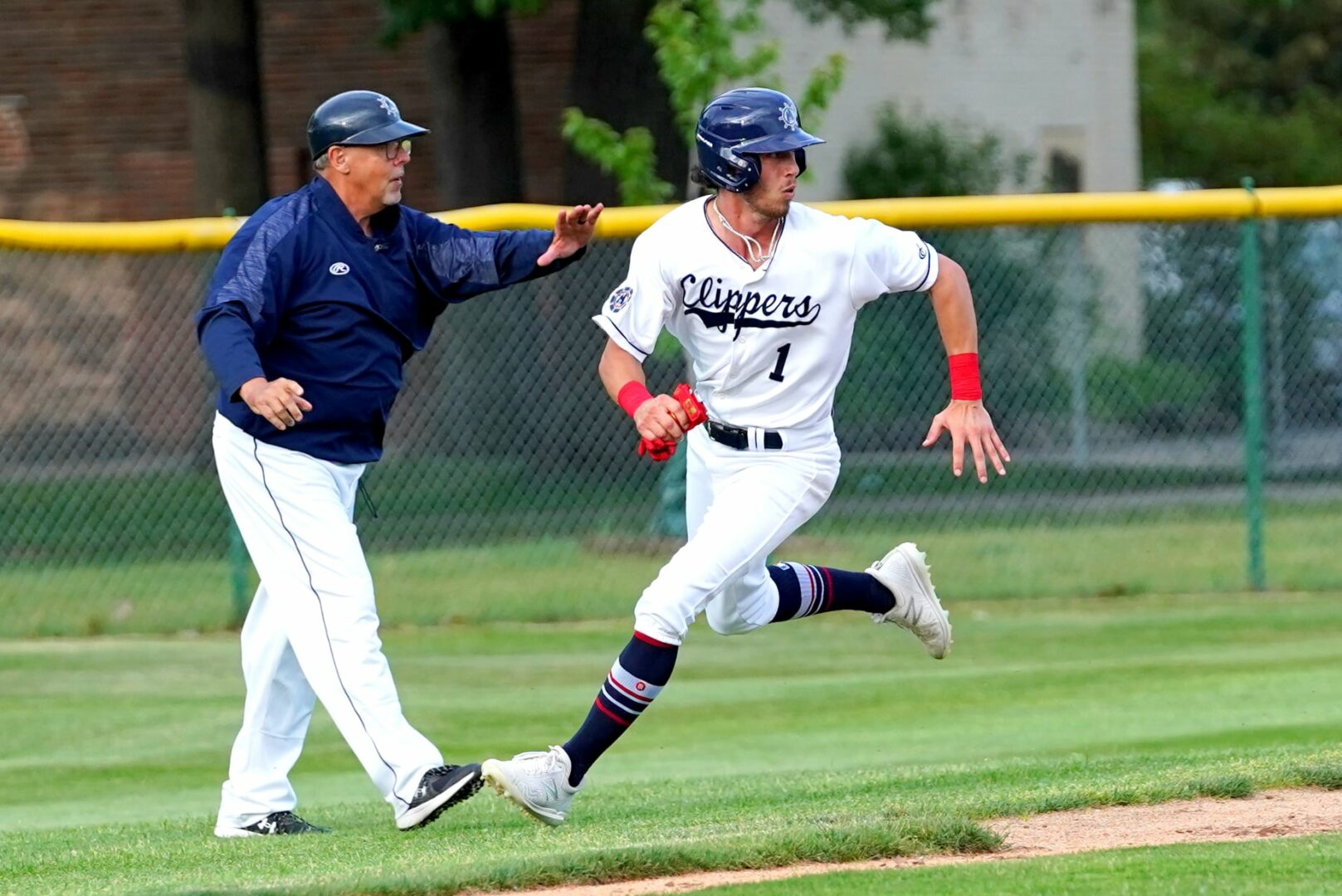 Crew Cohoes is held up at third base by coach Brian Wright. Photo/Leo Valdez 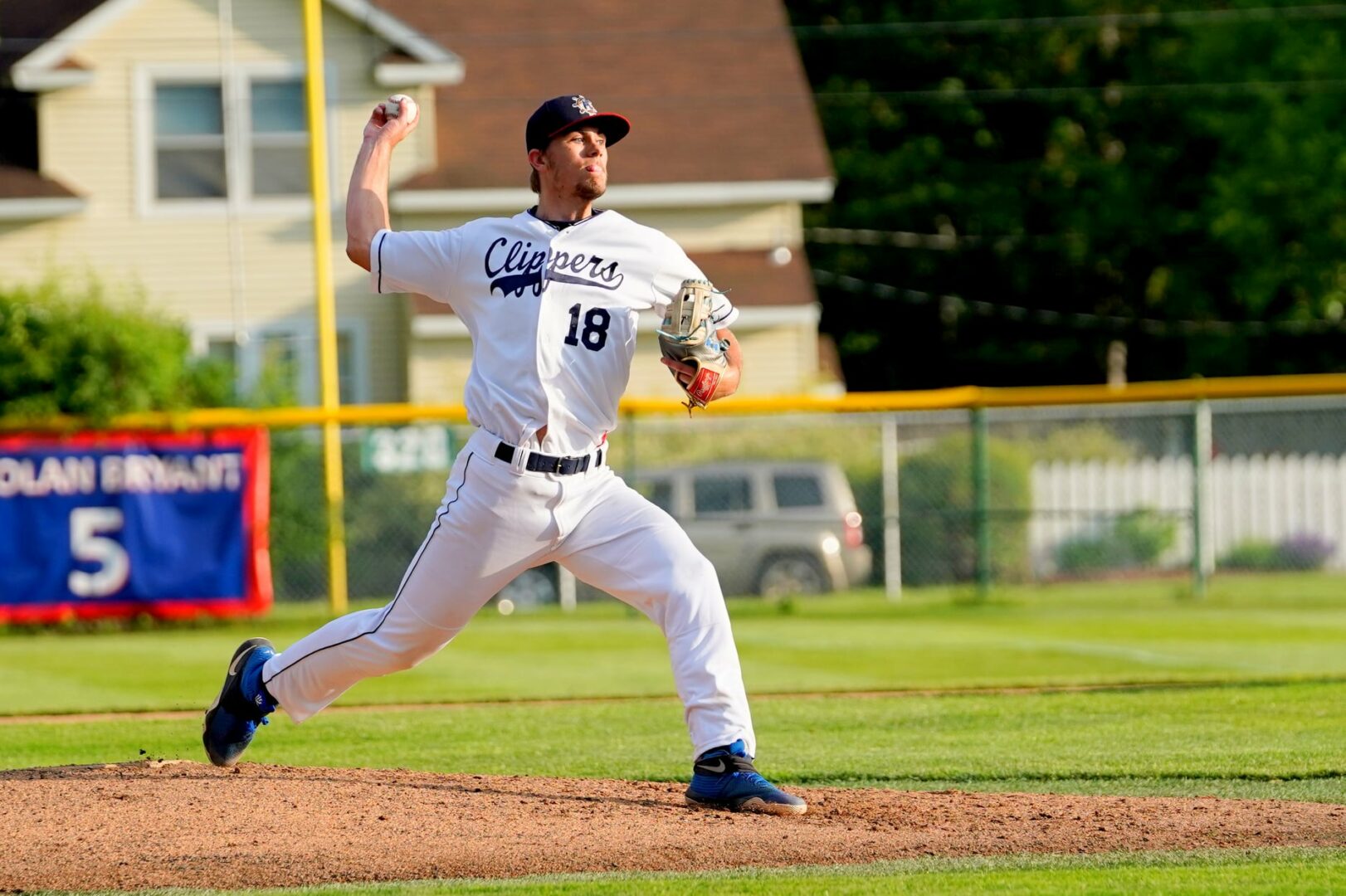 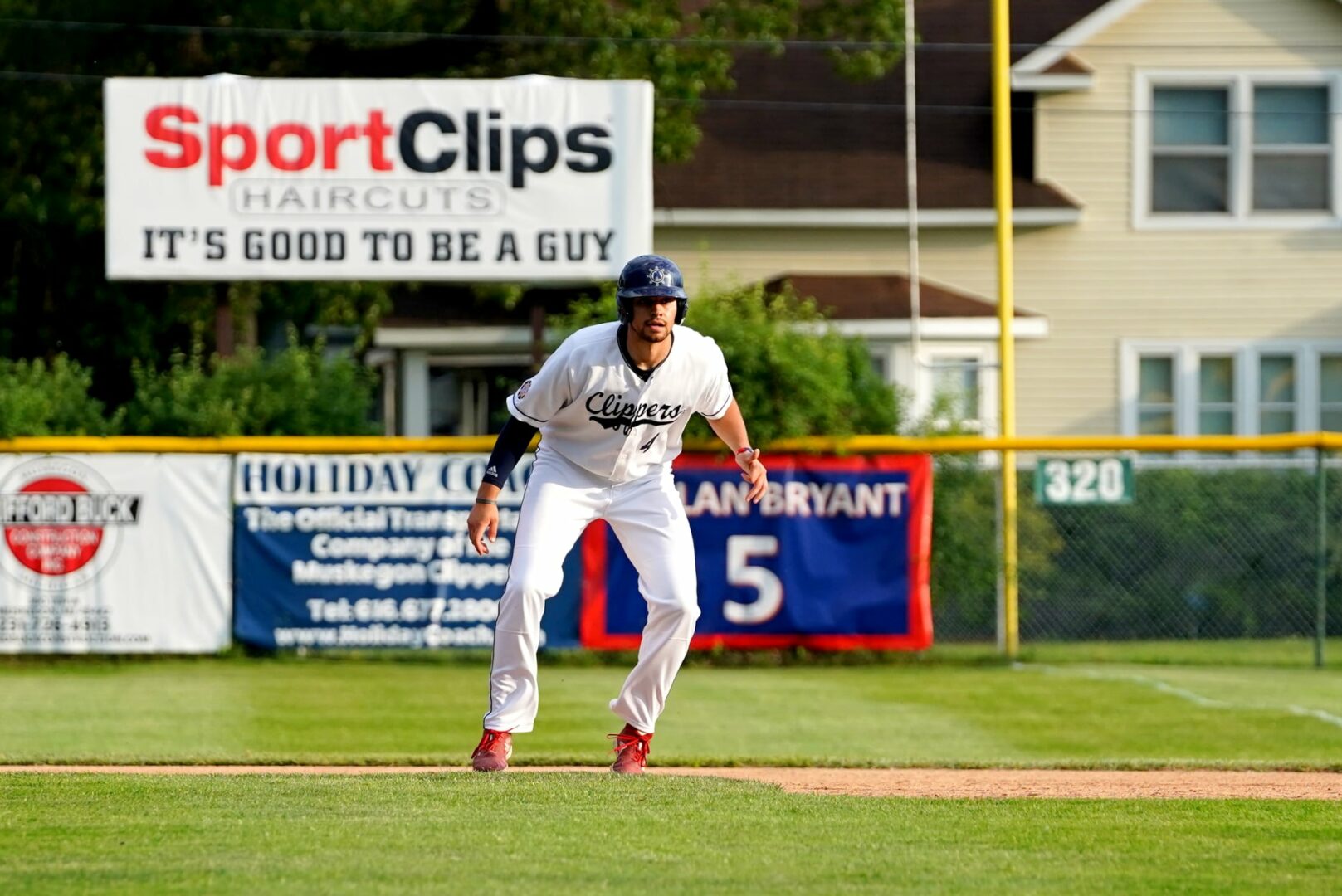