The hard-fought 2-1 win over arch-rival Mona Shores gave the Rockets its first district title in 20 years.

“I’m emotional right now, because these kids believed,” R-P Coach Butch Attig, who missed the start of the season while recovering from back surgery, said after the win. “These kids believed. I don’t think a lot of people around thought that we could do this.

“It’s been a great run and I’m excited. I think for the future, this is a statement that Reeths-Puffer baseball is here. I just can’t be any happier for our seniors who have never hoisted a trophy.” 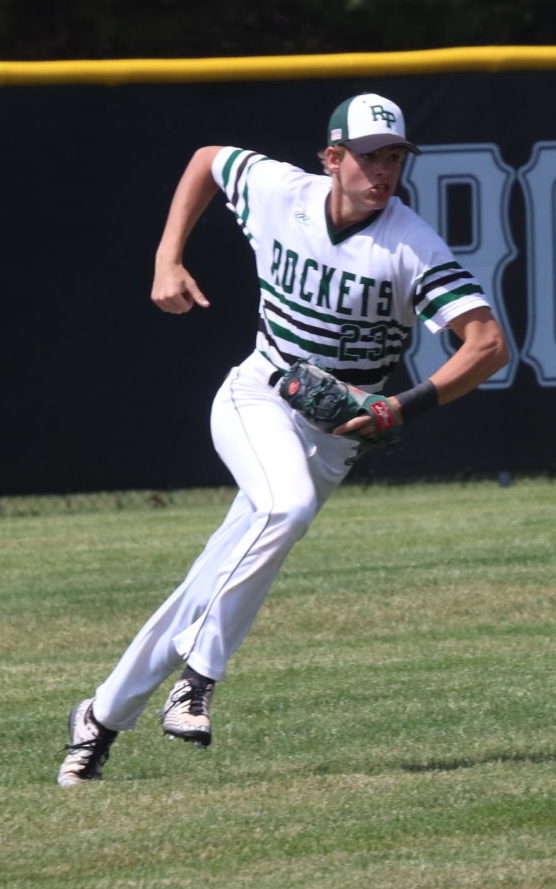 Reeths-Puffer’s Ayden Willacker sprints in after making the final out for Reeths-Puffer. Photo/Joe Lane

The Sailors didn’t make it easy on the Rockets, though. Trailing 2-0 entering the top of the seventh (and final) inning, Mona Shores mounted a rally.

Mark Konecney reached on an error to start the inning, followed by a strikeout. Reid McAvoy was hit by a pitch before Jason Anderson laced an RBI single to right-center to make the score 2-1.

A base hit from Jaxon Huffman loaded the bases and chased R-P pitcher Ryan Barmes from the game.

Attig brought in senior Kendall Smith to protect the Rockets’ slim one-run lead with the bases loaded and one down. Smith struck out the first batter he faced before inducing a fly out to left field to end the game.

The district title is another step in a resilient journey for the Rockets this season. The team started just 1-4 while playing without Attig in the dugout. Since he returned, the team has gone 21-6 and has come together as a group. 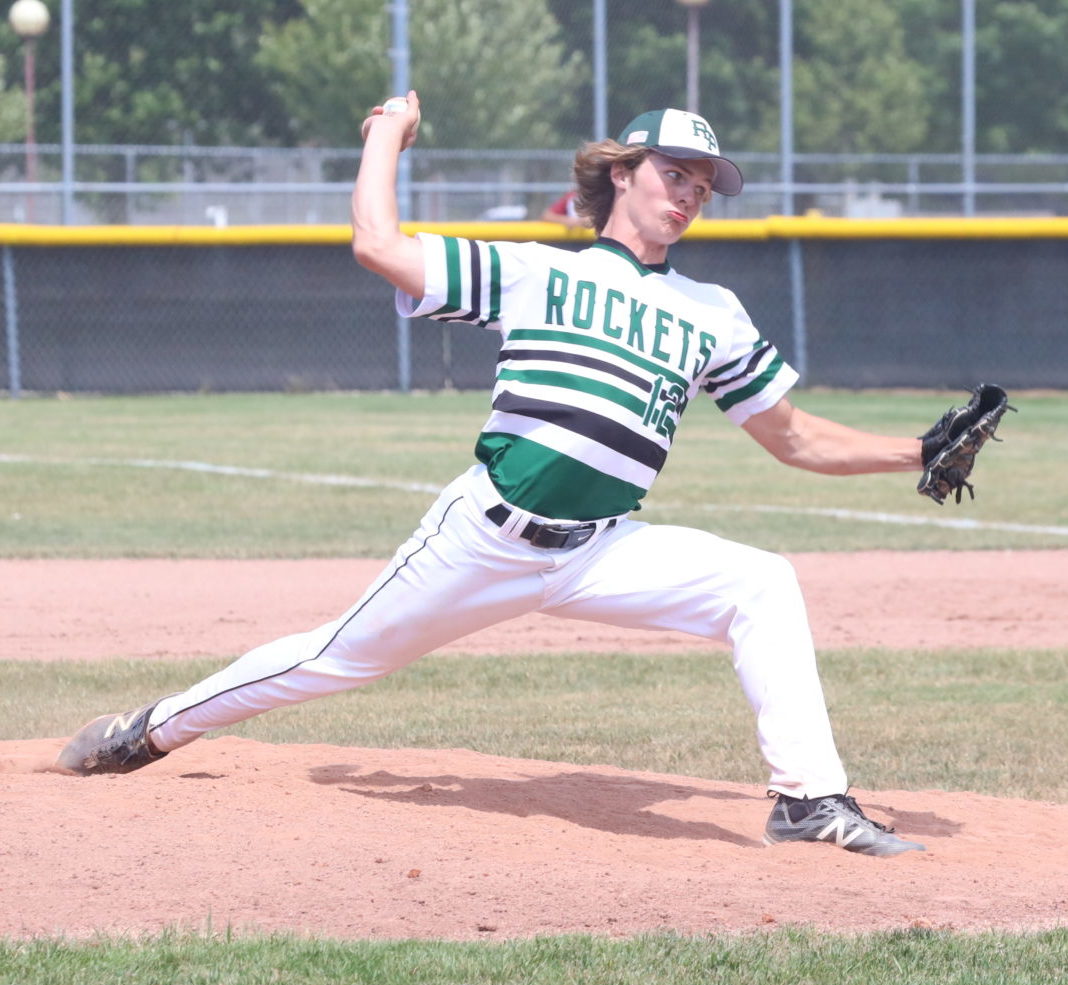 “Even starting out the season the way we did with the cold start, we knew we were getting to play baseball and do what we didn’t do last year,” Smith said. “We were playing not only for (Coach Attig), but we’re playing for Reeths-Puffe, we’re playing for our guys. There’s a tight bond that pushed us through that, to get us where we are now.”

“Where I was in the hospital, and where I am today, to be able to be here, it’s been a journey,” Attig said. “I knew this team was special, especially our seniors. We just did it. I’m so proud of these kids, every one of them. They’re so coachable, that’s why we’re where we’re at today. ”

Attig also highlighted his assistant coaches Brandon Becklin and John Johnson for stepping up to lead the team while he was away.

Reeths-Puffer scored the game’s first run in the bottom of the fourth. Kaden Edwards tripled with one away and scored on a clutch two-out RBI double by Alex Orchard.

The Rockets added another run in the fifth, aided by a Sailor miscue. Ayden Willacker reached second base on a throwing error with one out. Brody Panozzo followed with an RBI single in the next at bat.

Senior pitcher Kaleb Mitchelson, who has been battling a shoulder issue, got the start on the mound for the Rockets, working with a 24-pitch limit. 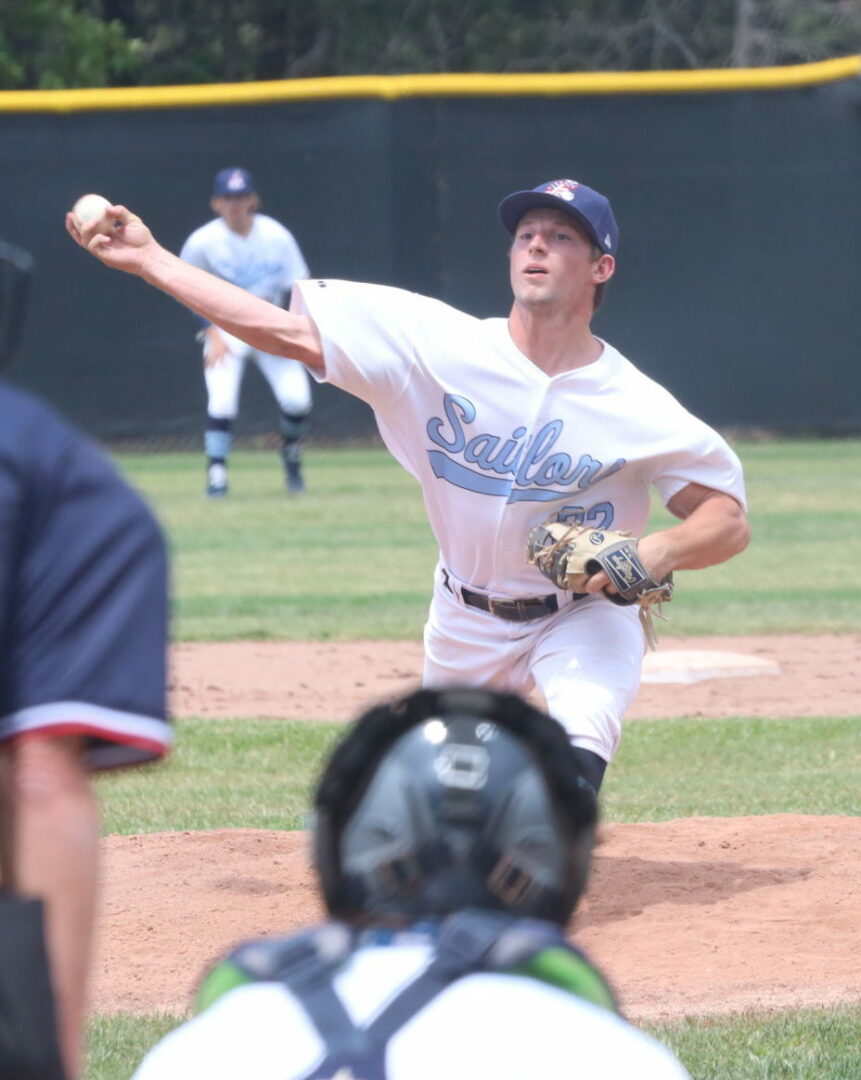 Brady Rose comes around with a pitch for Mona Shores. Photo/Joe Lane

Mitchelson managed to toss 3.1 innings with no runs allowed before giving way to Jeremy Ardshahi in the fourth. Ardshahi faced one batter, issuing a walk, before exiting with an apparent injury.

Barmes then stepped in for R-P and pitched a strong 3-plus innings to earn the win. He struck out seven batters, including two each in the fourth, fifth and sixth innings, and retired the first eight hitters he faced.

Barmes ran into the jam in the seventh before Smith came in to earn the save.

Brady Rose took the loss for Mona Shores, pitching five strong innings. The senior faced the minimum of nine batters through the first three innings, but allowed a run in the fourth and fifth innings, with the latter being unearned.

Reeths-Puffer advanced to the championship game by defeating Grand Haven 3-1. Mona Shores, which finished the season 25-10, beat Muskegon 15-0 in its semifinal.

The Rockets, 24-10 on the season, advance to play Zeeland West in a regional game Wednesday at Reeths-Puffer. The Dux took two of three regular season meetings between the teams, which were R-P’s first three games of the season, played without Attig in the dugout. 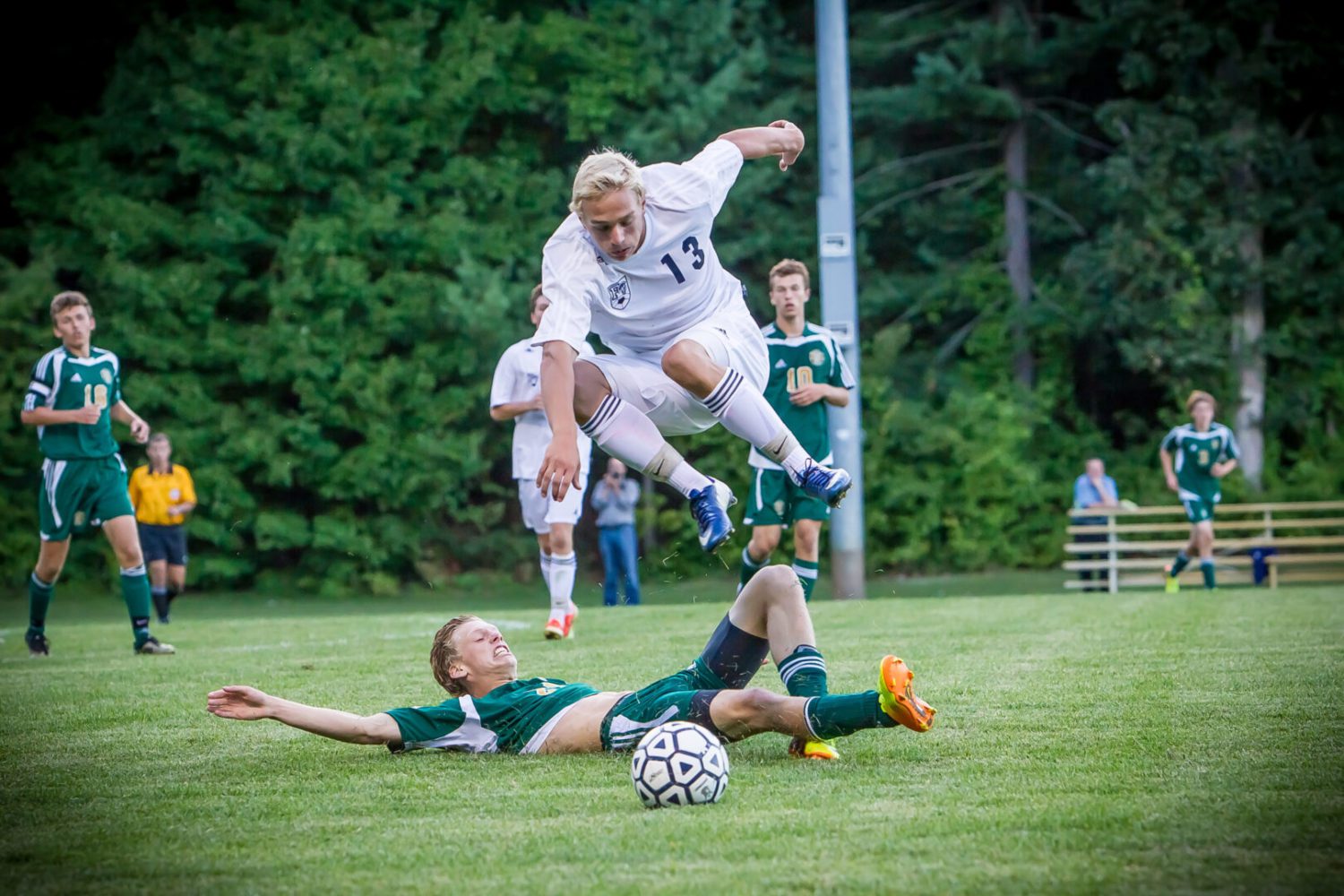