CEDAR SPRINGS – The Spring Lake girls soccer team may not have controlled the ball very much on Tuesday, but when the Lakers got opportunities, they made the

most of them in a 4-1 victory over East Grand Rapids in a Division 2 regional semifinal game.

The Lakers converted two corner kicks and one free kick into goals, and as a result are headed to the regional finals, which are also the state quarterfinals. 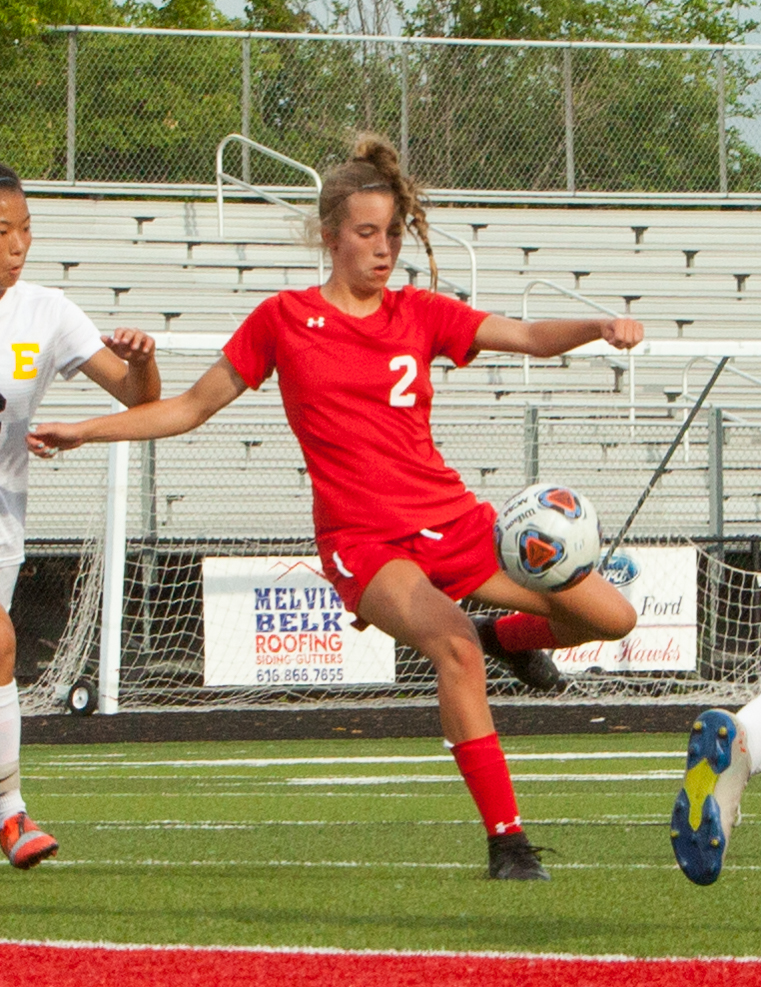 Ella Andree gets ready to volley a shot for Spring Lake. Photo/Jason Goorman

“I don’t know that we out-possessed them, but when you got a nose for the goal the way some of my girls do, it can make up for some poor play,” said Spring Lake Coach Becky May.

The first 20 minutes of the contest were scoreless, before the ball started bouncing the Lakers’ way.

Spring Lake junior Meah Bajt took advantage of a Pioneer turnover, weaved her way through the defense and scored about midway through the first half, giving the Lakers a 1-0 lead.

East Grand Rapids responded in the 28th minute with a goal from Maddie Kelsch to tie the game at 1-1.

Spring Lake took control with a quick scoring burst in the closing minutes of the first half.

With just 4:16 left, junior Reese Shelton took a corner kick and passed to senior Taylor Yanke, who headed in a goal to give Spring Lake a 2-1 lead.

Just 41 seconds later, senior Kate Lewkowski took a free kick from about 35 yards out that found Bajt, who headed the pass into the net to give Spring Lake a 3-1 lead at halftime. 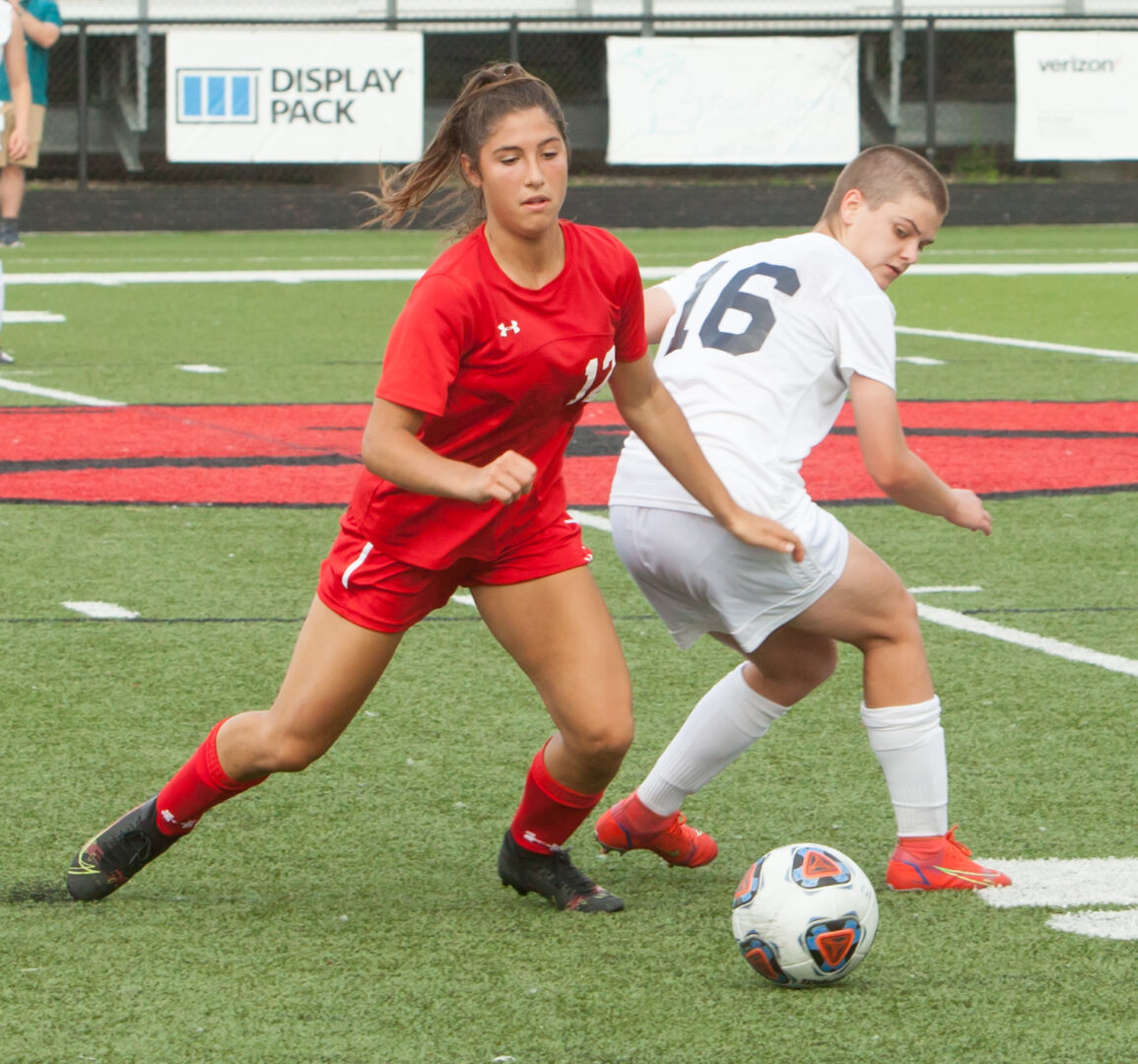 “It was awesome,” said Bajt about her team capitalizing on set pieces. “We knew what we needed to do because we weren’t going to get as many through balls. We knew we had to capitalize on corners and set pieces.”

The lone goal of the second half came with just 3:56 left in the game when a corner kick by Spring Lake was headed home by Zoe Komar.

Each team had six shots on goal, with Lakers goalkeeper Jessica Stewart making five saves in the victory.

On Thursday, the Lakers will make their fourth straight regional final appearance, but for the first time in that streak won’t face Forest Hills Northern. That familiar rival is in Division 1 this season, a fact that doesn’t bother the Lakers at all.

“We’ve lost the past three years to Forest Hills Northern,” Bajt said. “So now we have these two teams left and it should be a good game. I think we’re ready to finally win a regional.” 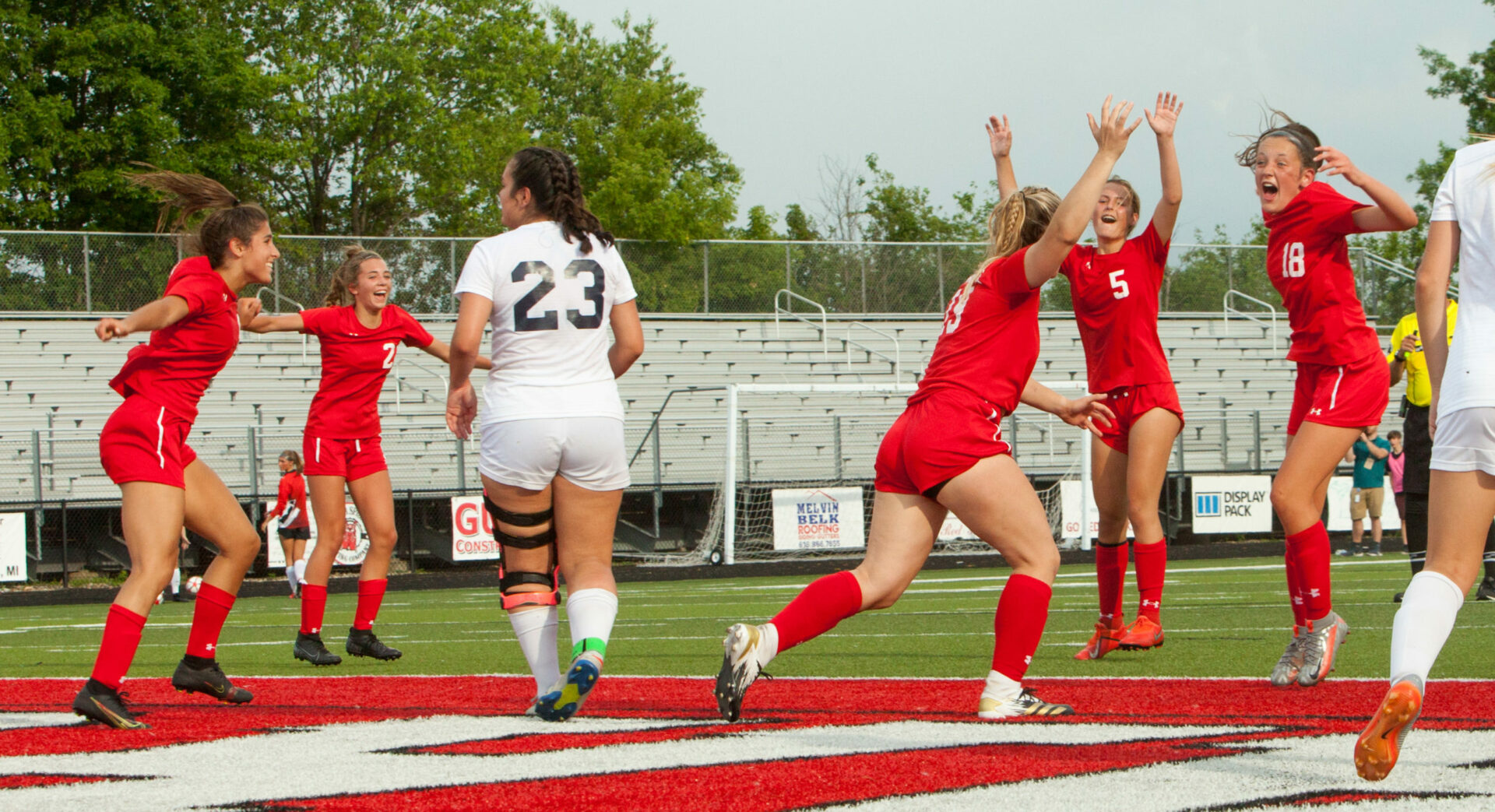 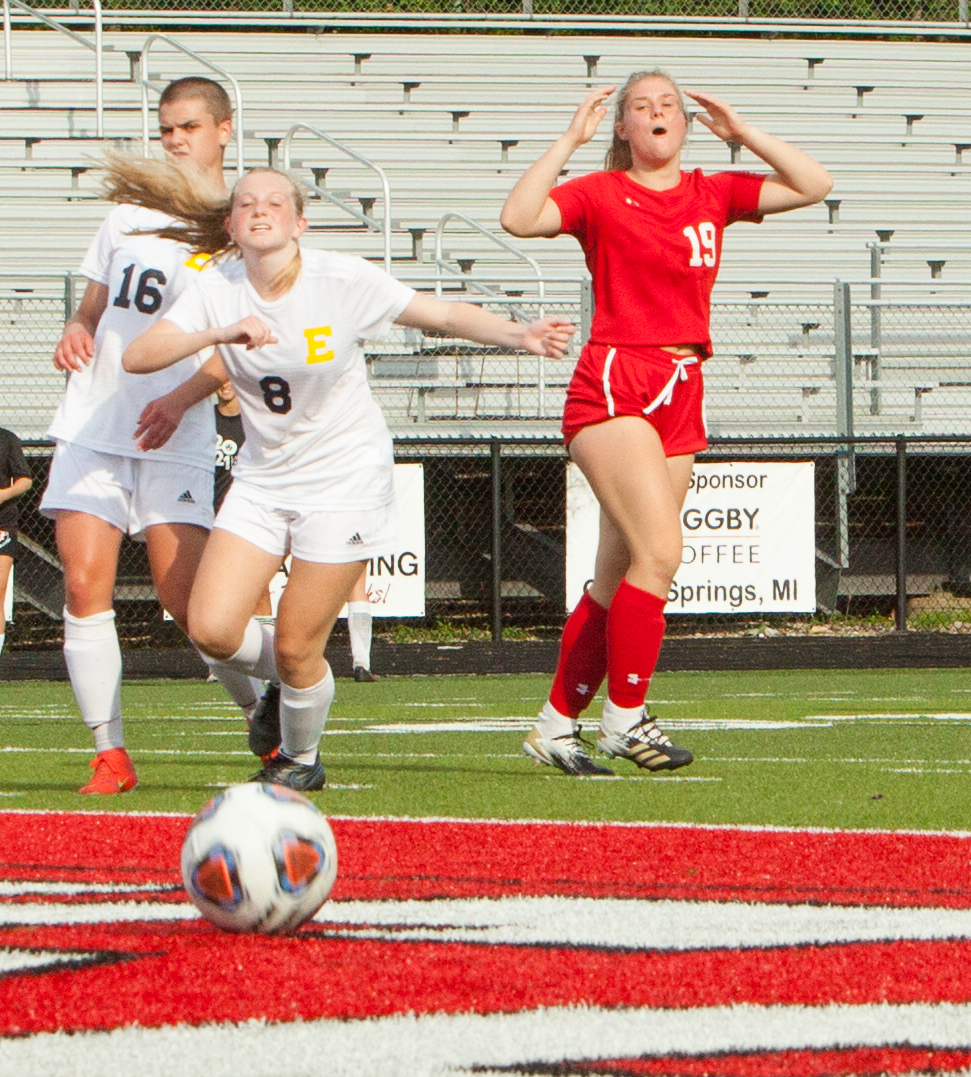 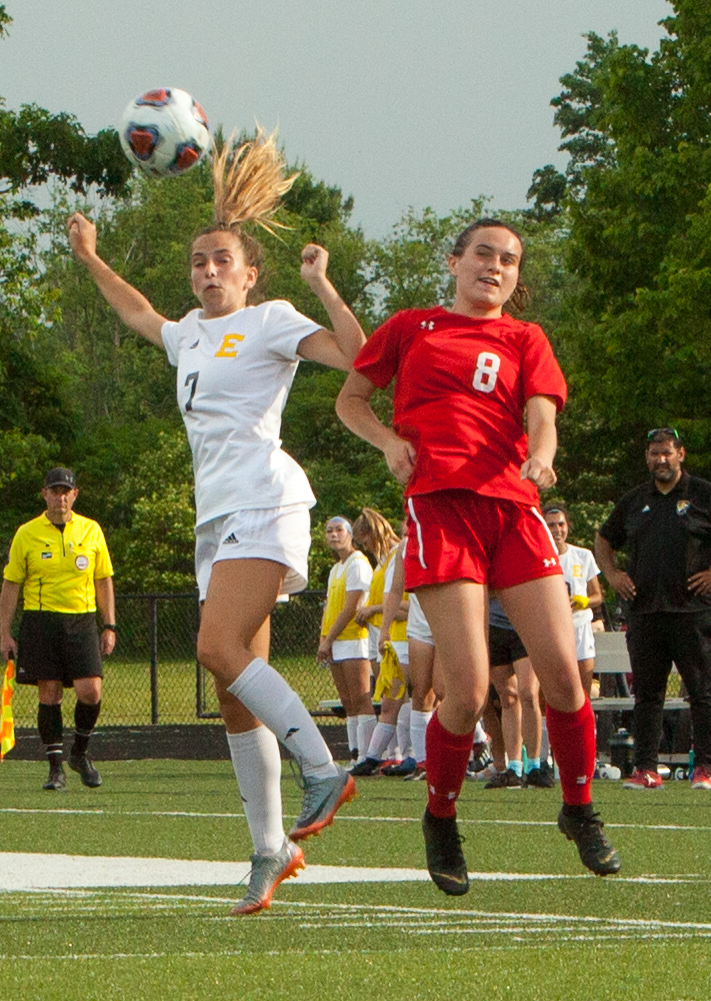 Spring Lake players go to greet the rest of the team on the field after posting the win. Photo/Jason Goorman 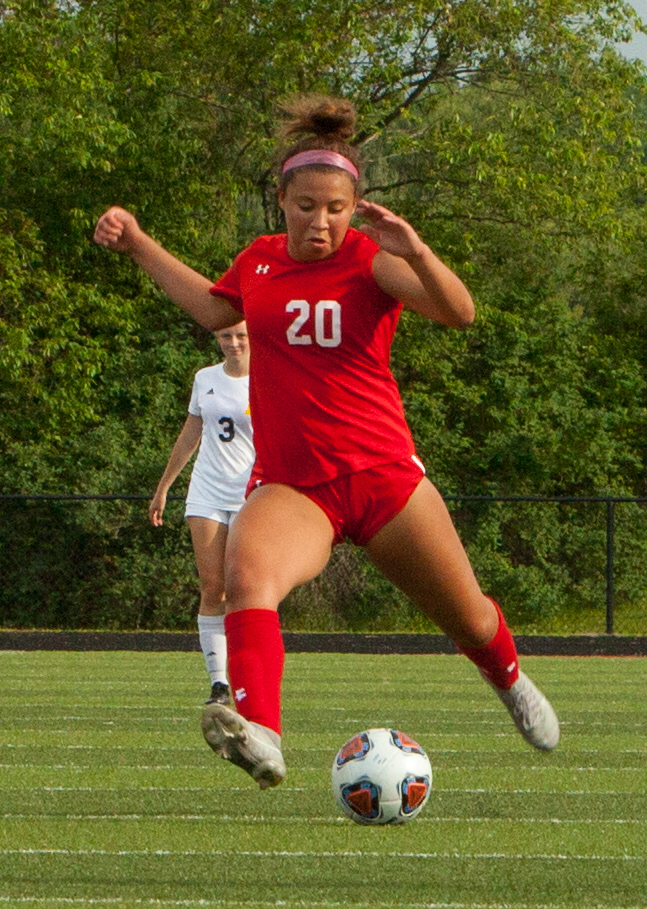