MUSKEGON TWP. — A young Grand Haven softball team made an impressive statement on Saturday by winning the Division 1 district championship at Reeths-Puffer in dominant fashion.

Grand Haven opened the day with a 16-6 win over Mona Shores and claimed a district title with a 13-3 victory over West Ottawa in the championship game.

The Buccaneers, who don’t have a single senior on their roster, claimed their first district title since 2016 with the win. 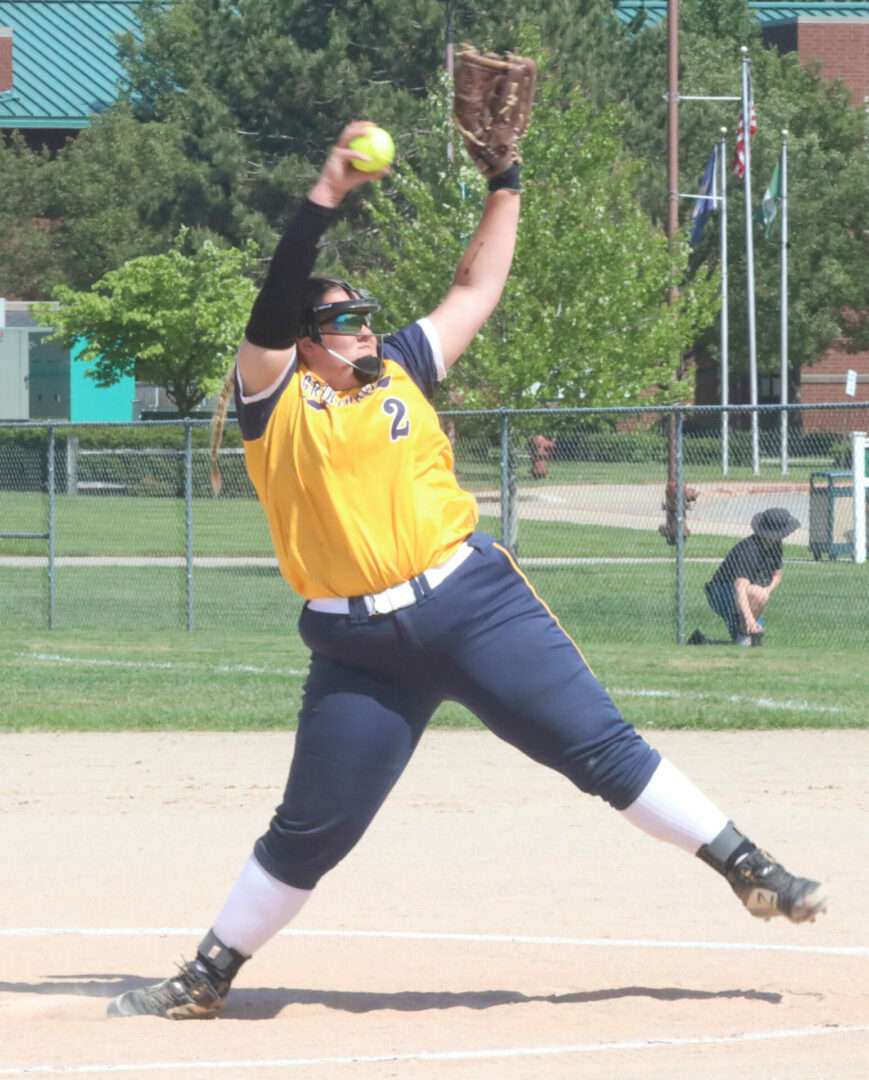 Hannah Bowen winds up wth a pitch from the mound for Grand Haven. Photo/Joe Lane

“It’s been a while,” Grand Haven coach John Hall said. “It’s unreal. It means a lot. We’ve got a great group of girls and we’ve played some really tough competition.”

“She was great,” said Hall about Bowen’s pitching performance. “She is probably our best control pitcher. She can work inside and outside. She was absolutely what we asked her to be in the second game of a hot day.”

Grand Haven jumped out to a 2-0 lead in the first inning when Emily Walcott scored on a West Ottawa error and Regan Riemersma singled home Veda Vargas.

The game remained 2-0 until the Bucs added five runs in the fourth inning to make the score 7-0.

In the inning, Kendall Pahl walked and stole two bases before coming home on an error, Bowen helped her own cause by plating two runs on a single, Gianna Romanelli scored on a wild pitch and Walcott had an RBI single. 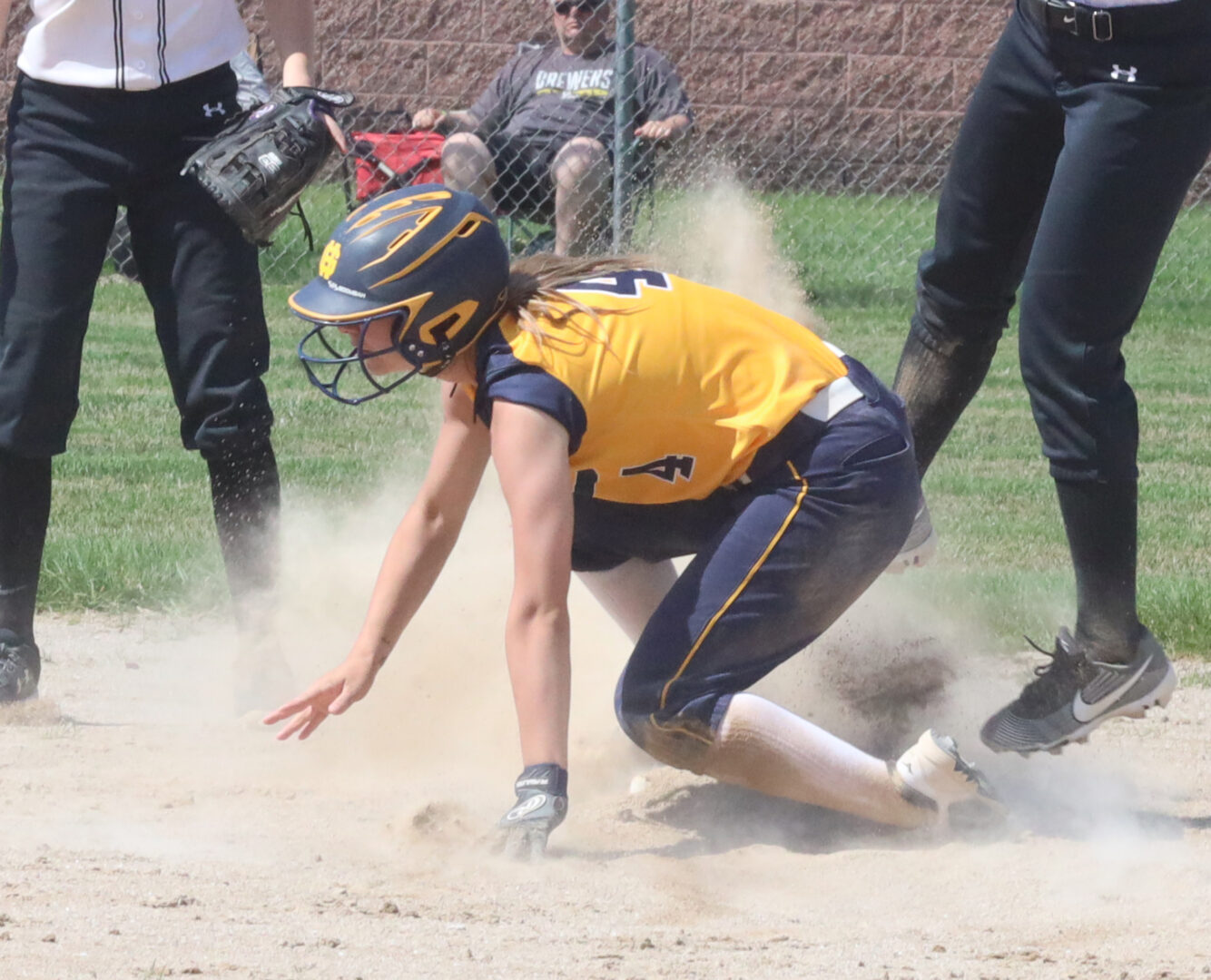 Abby Teske slides safely into second base for the Bucs. Photo/Joe Lane

“It’s pretty special,” Bowen said about supporting her efforts as a pitcher on the offensive side. “It felt really good. I’ve been struggling at the plate, so it was good to get a solid hit.”

The Panthers plated three runs in the home half of the fourth inning to cut the Grand Haven lead to 7-3.

In the fifth inning, the Bucs offense once again got going, scoring six runs to make the score 13-3. Skyler Covelli, Samantha Franz and Claire Rademaker each had RBIs for the Buccaneers in the fifth inning.

The Bucs were able to keep West Ottawa off of the scoreboard in the fifth inning, claiming the victory via mercy rule.

The Buccaneers will next play in the Division 1 regional next Saturday at West Ottawa High School in Holland.

“They get tonight,” said Hall about how long his team will celebrate before turning their attention to the regional semifinals. “After that, we start to work again.” 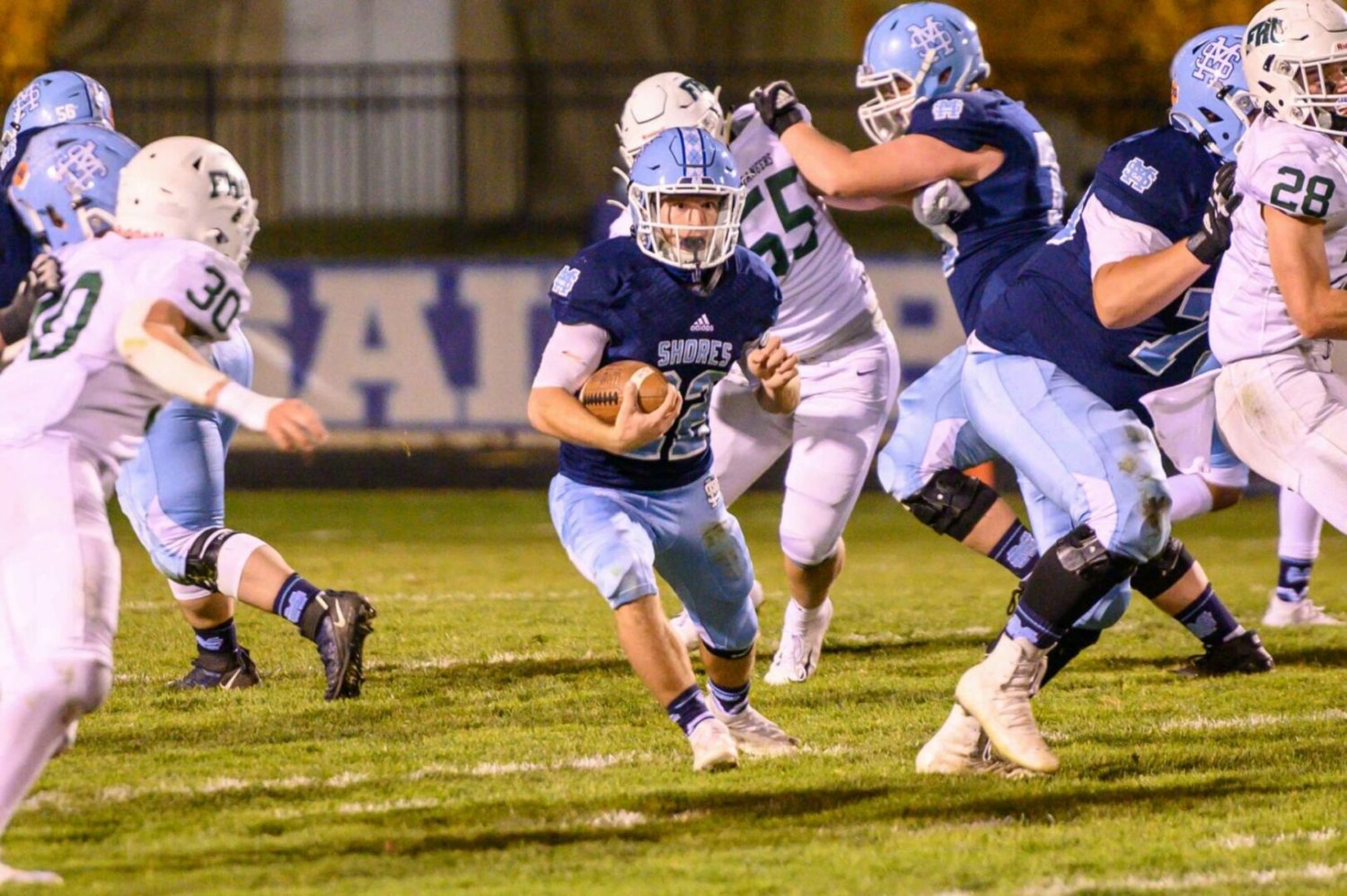