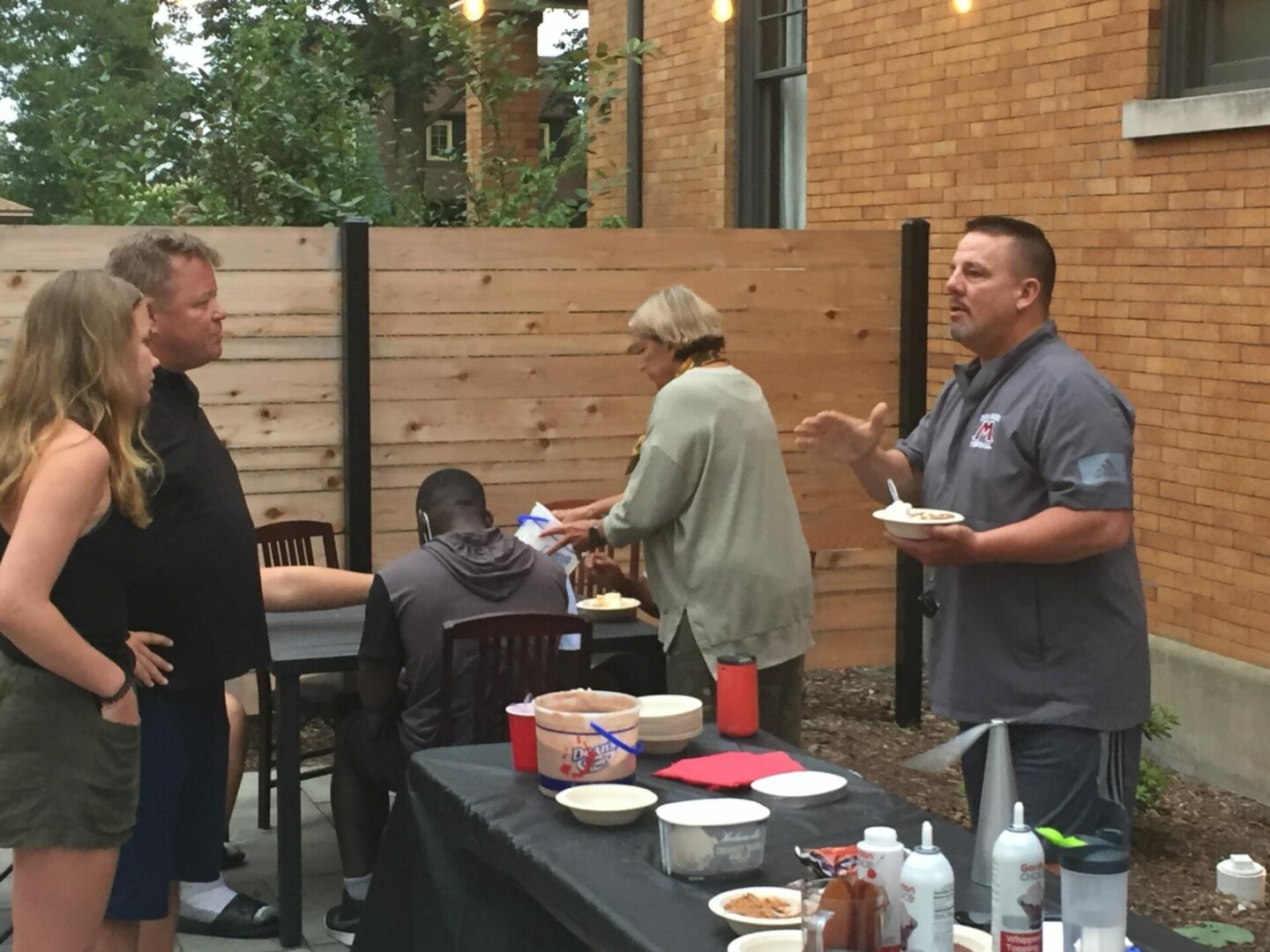 Fairfield and his staff breaks down the tape from the last game and looking at tape on the upcoming opponent. It’s a meeting that typically lasts about two hours.

What happens after the meeting shows the community spirit that surrounds the Big Reds’ football program.

Local businessman Bob Garretson and his family treat the team to “Sundaes on Sunday.”

“Sundaes on Sunday” started in 2019, when the Garretson family moved into their home on Jefferson Street, within walking distance of Muskegon High School. Bob’s wife grew up in the home they currently live in, and is a Western Michigan Christian graduate. Bob is a graduate of Columbia River High School in Vancouver, Washington, the University of Washington and The George Washington University.

According to Garretson, his mother-in-law, Sherry Becker, came up with the idea of the “Sundaes on Sunday.”

“Sherry was the instigator of our Sunday team gatherings,” Bob Garretson said. “Most Sundays we have a whole host of neighbors that also bring brownies or topping’s and stop by to talk with the team.”

While Garretson and his family, have been actively involved in Big Reds athletics for a few years, Sherry has been involved a lot longer.

So what was the thought process of having the Big Reds football team gather together for ice cream sundaes, along with a variety of toppings on a Sunday afternoon?

“We wanted the Muskegon Big Reds to know how important they were to the community, not just on Friday nights, but as a symbol of excellence for Muskegon,” Garretson said. “We wanted to thank them for the work they put in.”

Garretson is happy to have the Sunday event back for 2021, after a year off in 2020, due to the COVID-pandemic.

He talked briefly about building relationships with the staff and players.

“It’s great,” he said. “Both years we’ve done it, we’ve gotten to know the players, gotten to celebrate their victories and participate in their lives. In many ways, through “Sundaes on Sunday, we’ve also had the opportunity to be more involved in some players lives, Drew Ward and Demetrius Walker particularly. We look for ways to support the work Shane (Fairfield) is doing. Our daughter is putting together a tutoring program for Big Reds needing some additional help with school and we have also supported the Big Red Foundation, allowing Shane to help kids make it and succeed in college.”

As far as the main goal, Garretson says that is pretty simple.

“A thank you to the Muskegon Big Reds to let them know that the local community supports them and all the things they do for Muskegon.”

Check out the photo’s below from Craig Beilfuss. 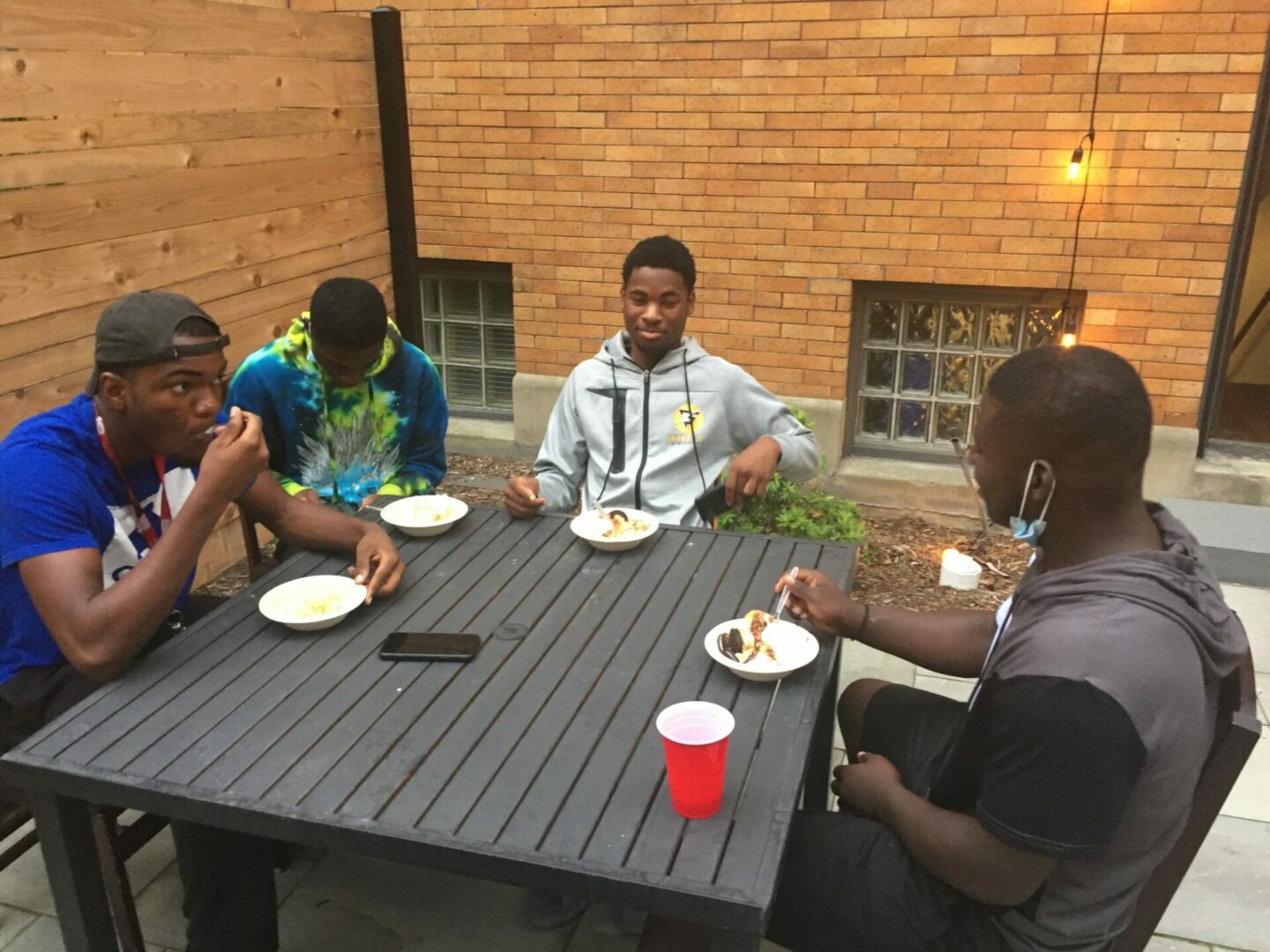 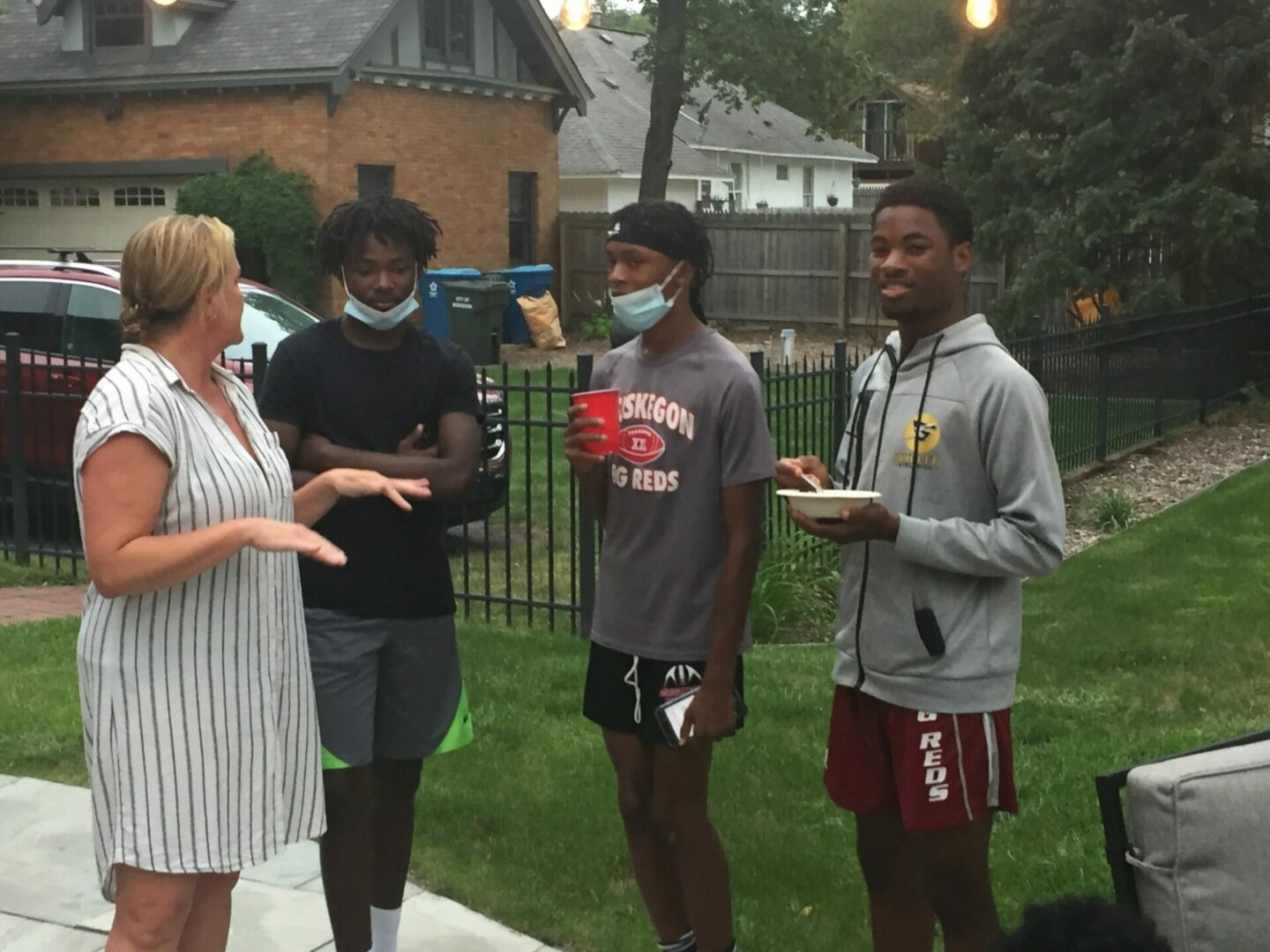 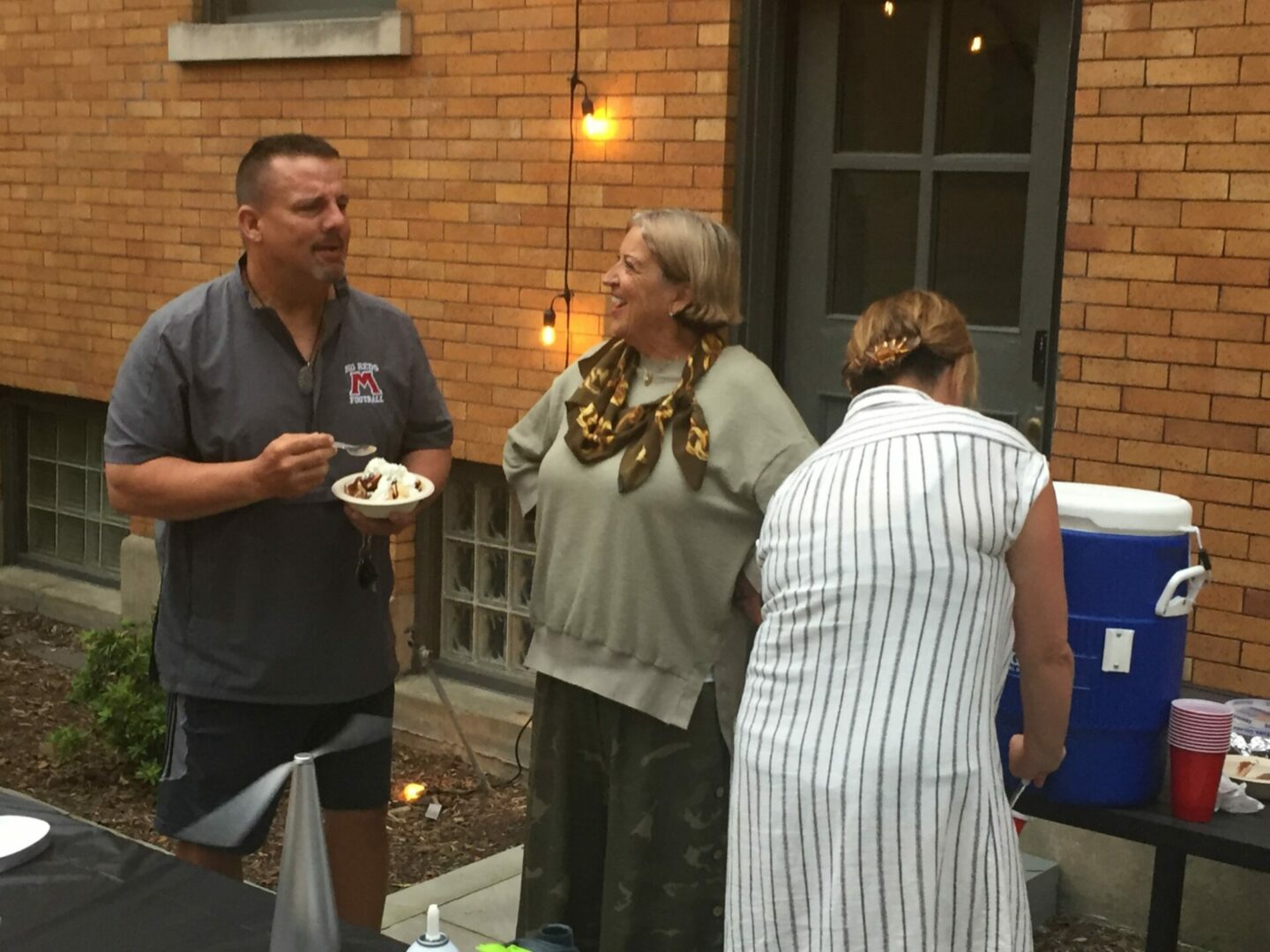 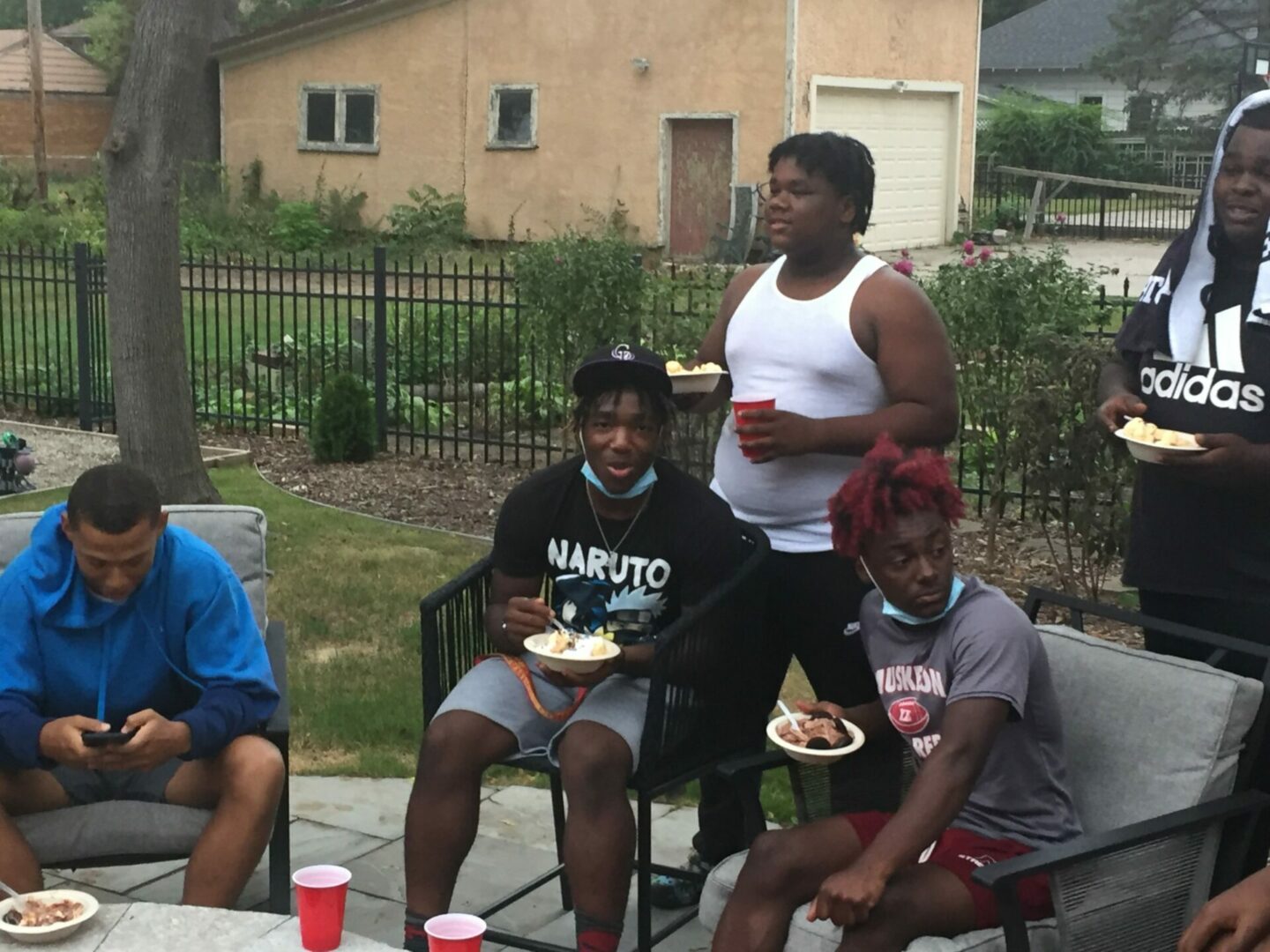 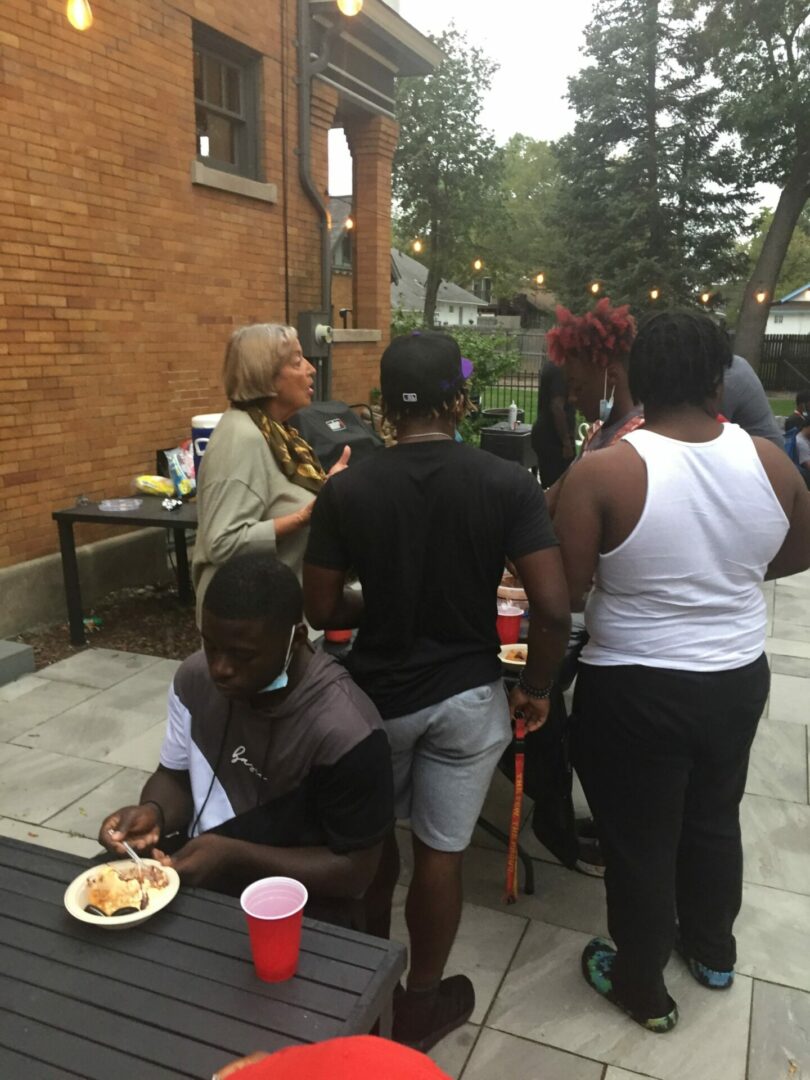 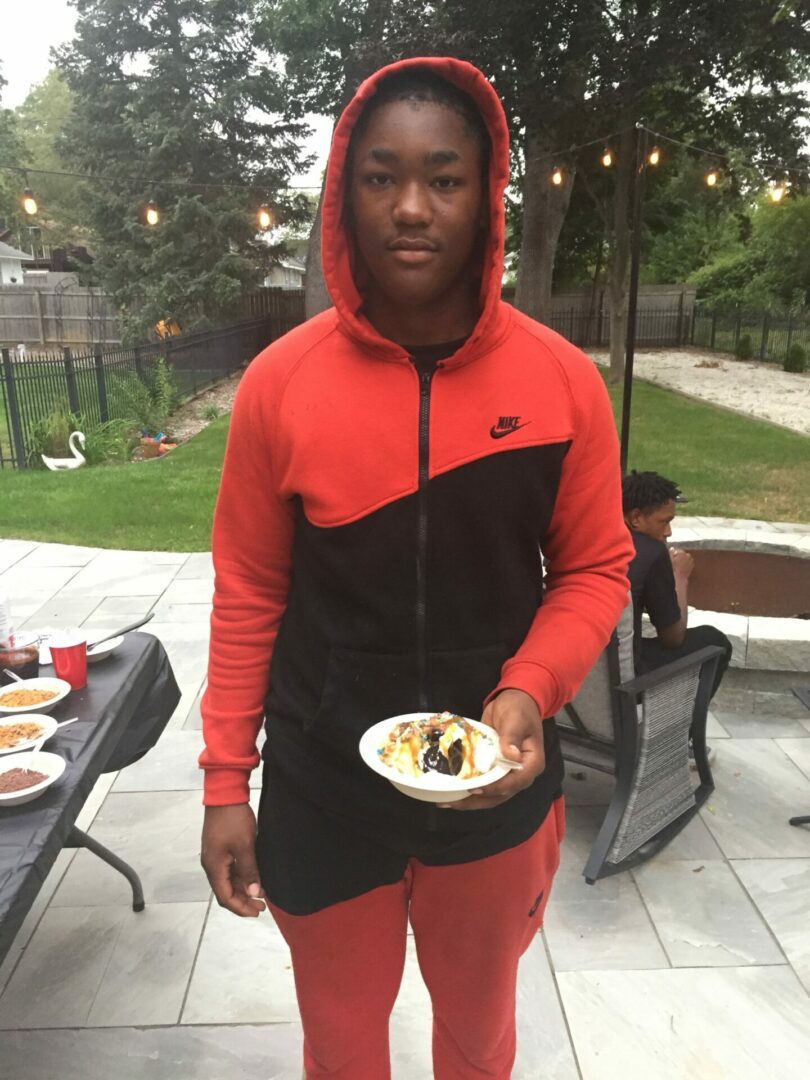 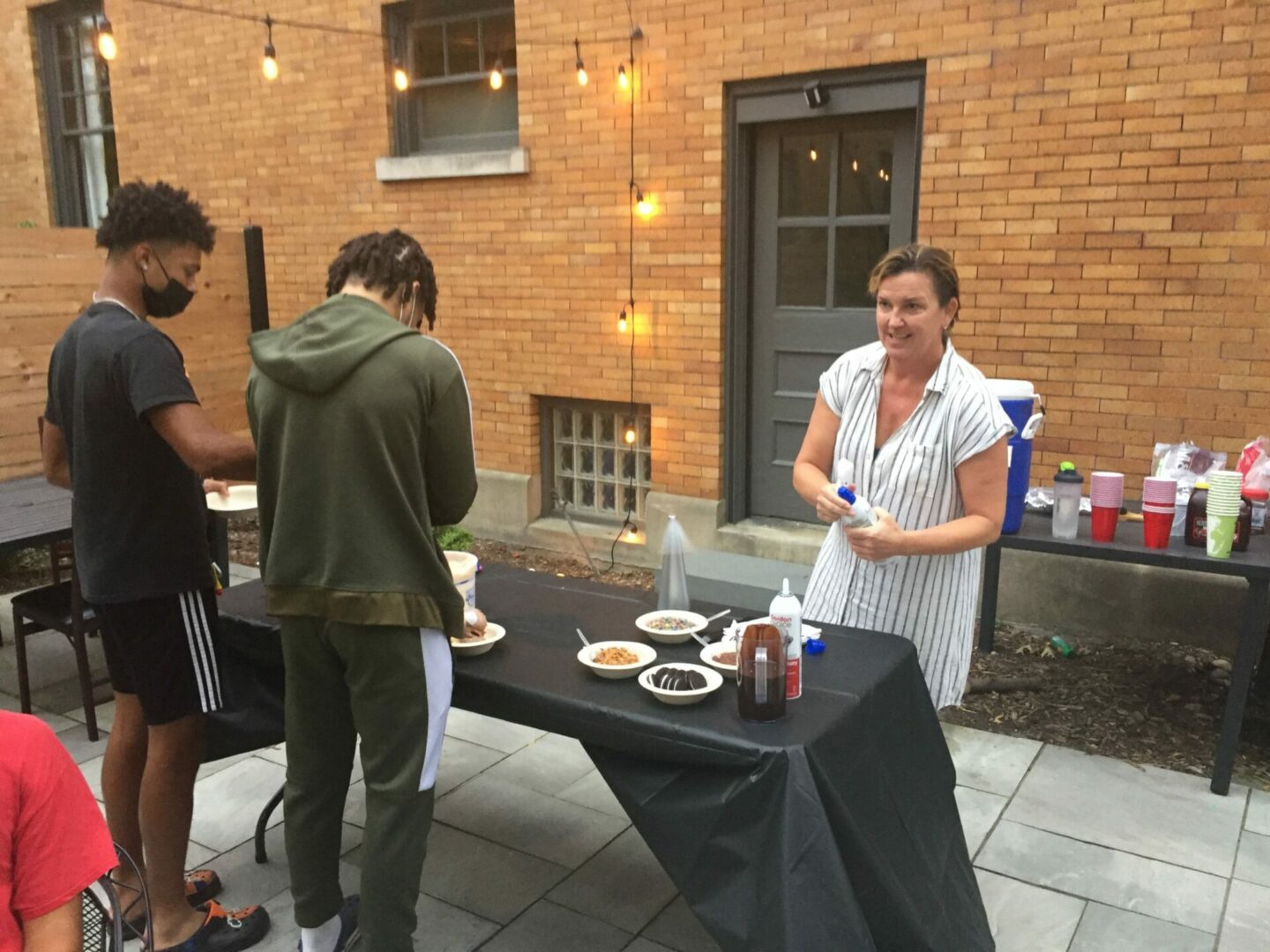 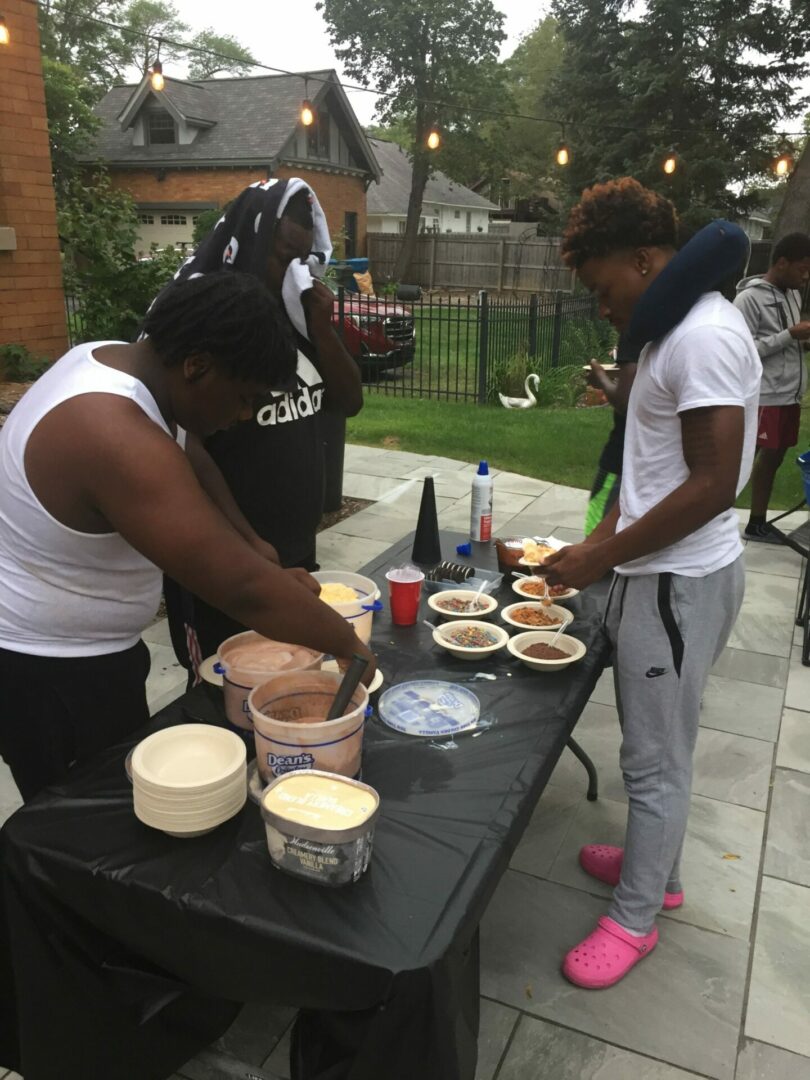 With Brandon Moore at the helm, Montague runs over Orchard View, 49-0