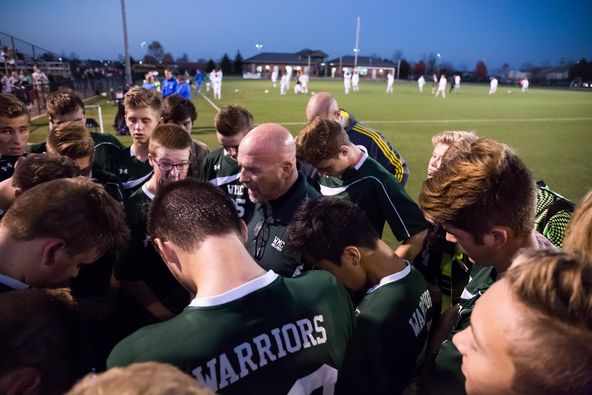 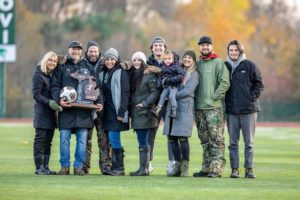 Hulings began his high school coaching career in 1994 as the girls coach at Fruitport High School.

His Trojan teams won 10 conference championships and six district titles. His record during his 18 years in charge was 213-118-25.

In 2005, David took the boys job at Western Michigan Christian. In his second season at the helm, he guided the Warriors to the state title game, where they suffered a 3-1 setback to Allen Park Inter-City Baptist. The following year, Hulings led the Warriors to the first of his three state titles, a 2-1 victory over Auburn Hills Oakland Christian.

Hulings coached the WMC boys 15 seasons. During that time, the Warriors boys teams won 10 conference championships, 10 district titles, 7 regional titles, were state runners-up twice and won 3 state titles. When he stepped down after the 2019 season, his record with the WMC boys was 252-72-18.

His final game as the Warriors head coach was his third state championship, a 1-0 shootout victory over Grosse Pointe Woods University Liggett.

In 2012, Hulings added the WMC girls to his coaching duties. During his time there, his teams compiled a record of 100-38-15 including six conference championships, five district titles and two regional titles. 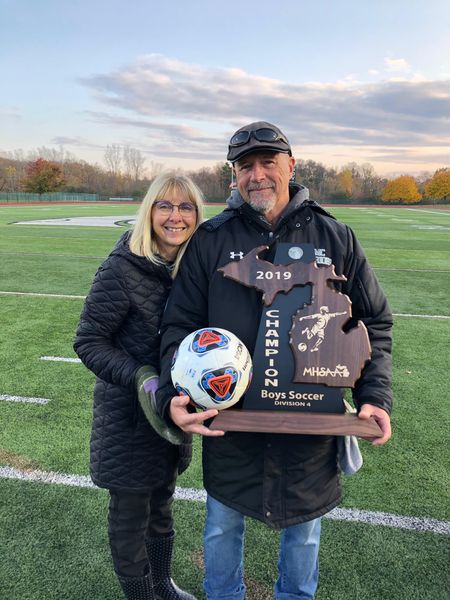 Risers lose a tough one, 13-6, to defending champion Chicago Mustangs