One person’s dream is another’s misery.

In sports, fans and athletes share this truth together. 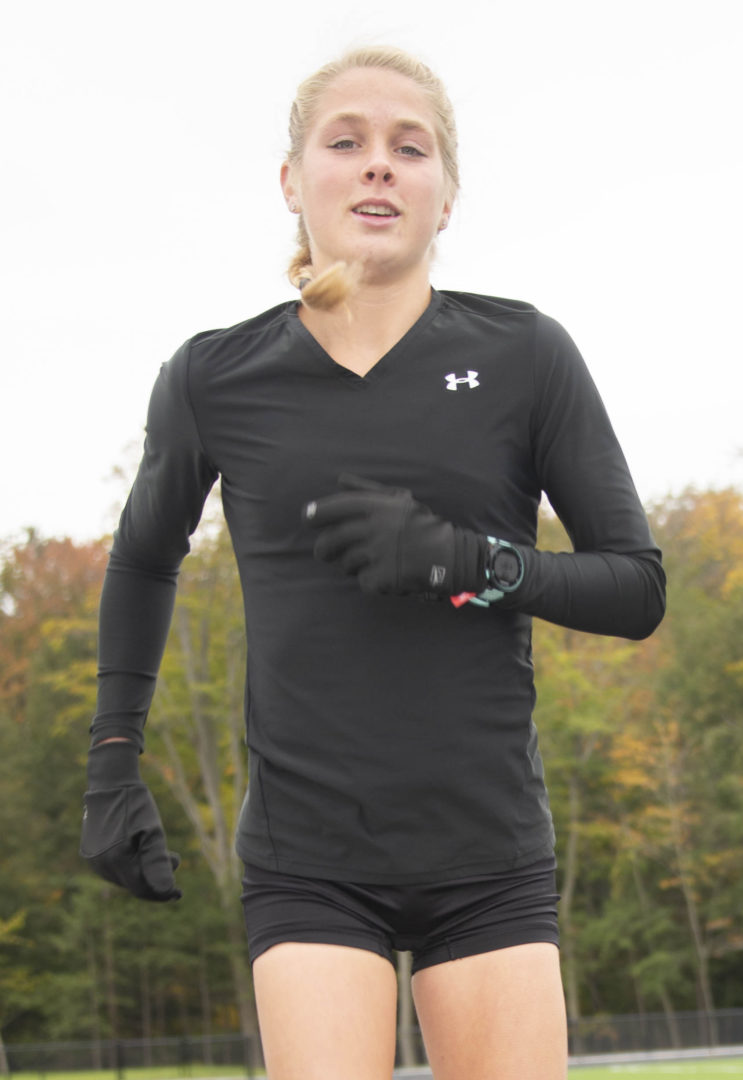 There are fans who dream of running in a single race, but can’t hardly put one foot in front of the other. And then there are runners who get completely frustrated at the idea of turning in an unsatisfactory time.

World-class runners are constantly analyzing the statistics of time so they can know if they have what it takes to beat anyone.

This near unquenchable desire to be the best is the real battle Western Michigan Christian senior cross-country runner Abby VanderKooi is up against.

The 3-peat state champion and two-time All American, wants nothing more than to turn in her best time.

Vanderkooi has faced little challenge on the cross country courses around the state in her past three seasons. The two-time Michigan Gatorade Girls Cross Country Runner of the Year won the Division 3 state championship last season by 53 seconds.

With accolades like these, it is no wonder she is still not satisfied.

“In every race, I push myself hard,” said VanderKooi who admits her senior season has been her biggest challenge. “But being content that (even though) I’m not running as fast as I push myself, God has a plan.”

One plan that was put in place for Vanderkooi is running with her sisters. 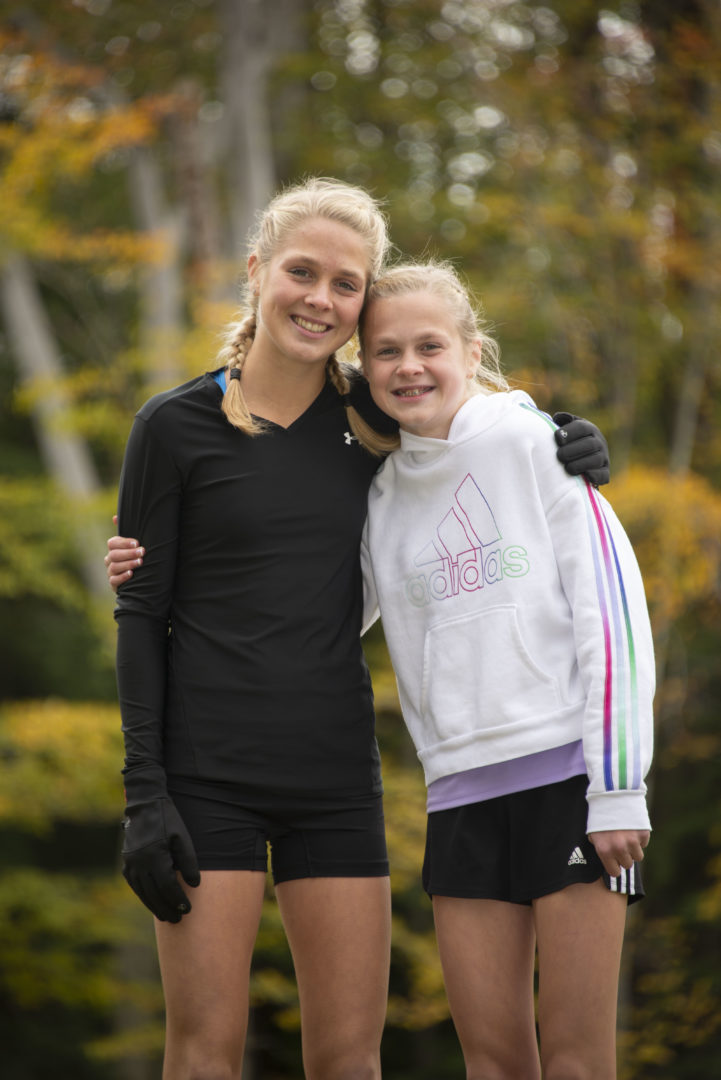 In her freshman season, she ran with her older sister Sarah VanderKooi. Now she is running alongside her youngest sister, WMC freshman Grace VanderKooi.

“I really love my family,” said Abby who also has two older brothers. “It’s fun to experience running together.”

But as the postseason fast approaches, younger sister Grace might not be running alongside her big sister.

Grace has been battling a stress fracture in her femur and is questionable for Saturday’s regional meet.

“I am hopeful our team can reach the state meet so Grace can run there,” said VanderKooi about Grace who might be recovered enough to participate in the state finals should the Warriors advance through regionals.

Managing the health factor is something Abby has learned to deal with and is no doubt coaching her little sister on.

Abby said that she has battled through a broken toe injury from last track season and recognizes that she has risen above it.

She still won a state title in the 3,200-meter run in the spring and she has won race after race this fall. 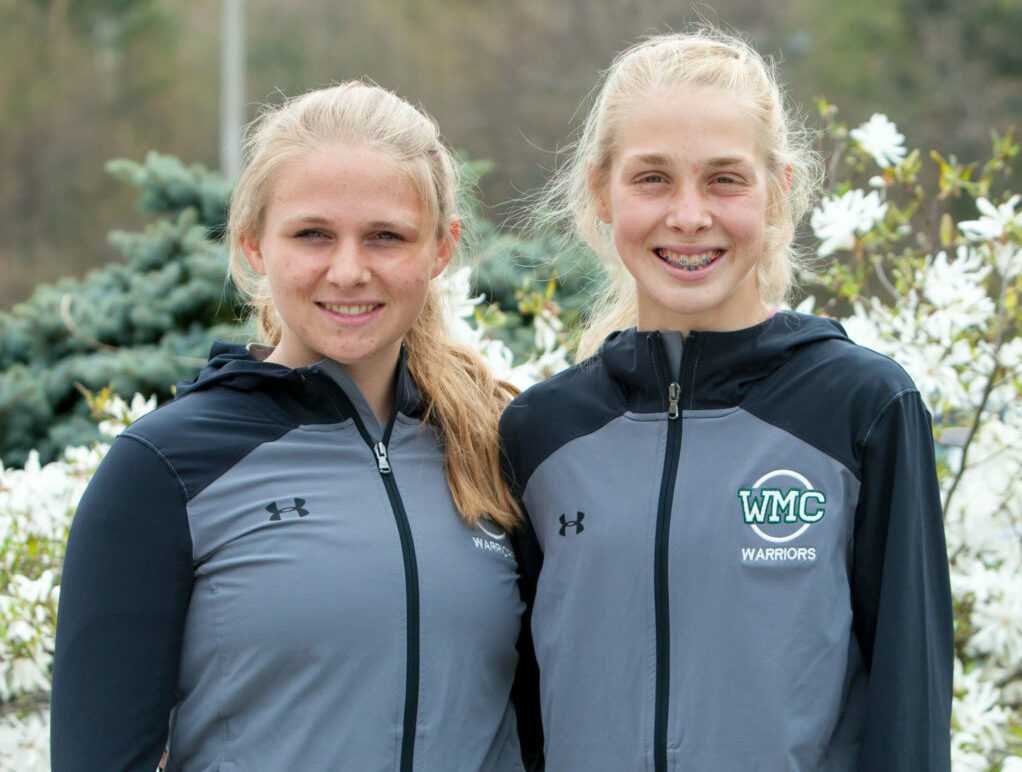 But it (left toe) just hasn’t felt the same as when the 17-year-old senior went out and broke the cross country state finals record with a 17:12.5 for the Division 3 state title at Michigan International Speedway last season.

“I’m used to winning by great margins and running in the 17s constantly,” Abby said.

To be clear, runs that make VanderKooi disappointed are dream races for many others. And she recognizes that.

WMC coach Greg Gould said that, with a successful runner like VanderKooi, it’s difficult to come up with fresh training routines. But the family angle is one he recognizes for Abby. 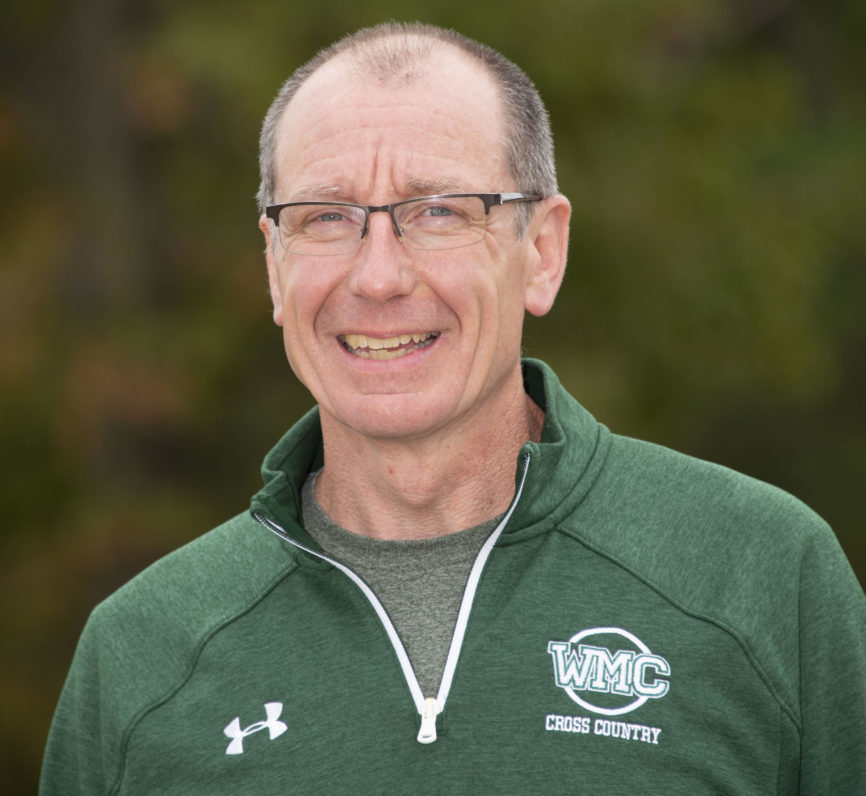 “There’s no lack of motivation,” said Gould. “She knows what she’s prepping for.”

With the challenges Abby has faced, both her and Coach Gould are hopeful she and her Warrior teammates are ready to peak coming into the postseason.

The first postseason step is with Saturday’s regional meet at Allendale.

Even though Abby has been here and done this before, Gould and VanderKooi are confident the focus will be right where she left off last postseason.