“Every year is another year and a new experience with different kids and stuff,” Tatro said. “Every year is a blessing. We just have good kids coming through the program. The kids in the sixth, seventh and eighth grade get involved.”

Hart dominated both races, with the girls leaving no doubt in topping runner-up Benzie Central, 38-62, while the boys also left the field in its wake with 40 points. Benzie Central was second with 84. 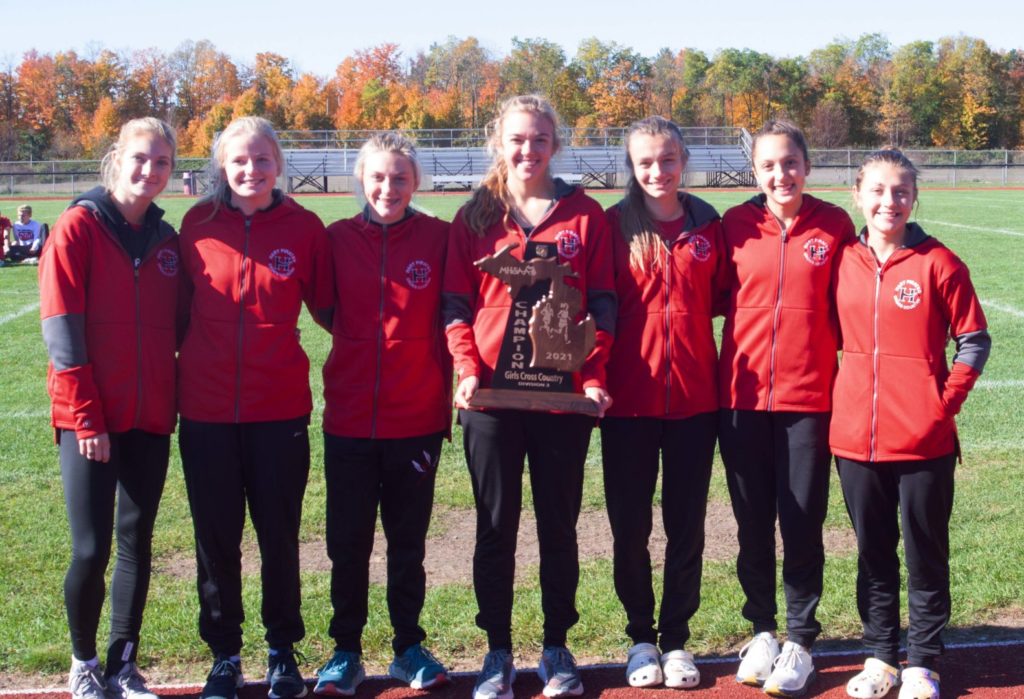 In the girls’ race, the Pirates had their usual solid grouping with freshman Jessica Jazwinski claiming the individual regional champion with a time of 17:43.17. behind her were teammates, sophomore Alyson Enns, who was second in 17:55.80 and senior Audrianna Enns, who finished third in 18:00.52.

Also finishing in the top 10 for the Pirates was freshman Lexie Beth Nienhuis with a seventh-place finish in 19:44.10. Shelby junior Emma Soelberg was 10th in 20:25.42. The top 15 runners qualify for state as individuals, as well as a few extras.

“We work on trying to stay group tight,” Tatro said. “Everybody working together and working off each other. Just trying to stay as close as we can and as tight as we can.

“The competition is always good here at Benzie,” Tatro said. “Benzie is always a school to look out for. They have such a great tradition in cross country. We know we’re always in a race when they’re involved.

“Hats off to Manton, they had a real good race today. We’ll see them at the state final.”

Manton’s third-place finish qualified them for the state finals. Rounding out the top teams were Reed City in fourth and Manistee in fifth. Other area teams included Shelby in 10th and Mason County Central in 11th.

The Pirate girls are chasing their fifth consecutive state championship. The boys finished second at the state final last year and are anxious for another shot.

They’ll get that chance after taking first place as a team in the boys’ portion of the event. The race began with overcast skies, but ended in bright sunshine. 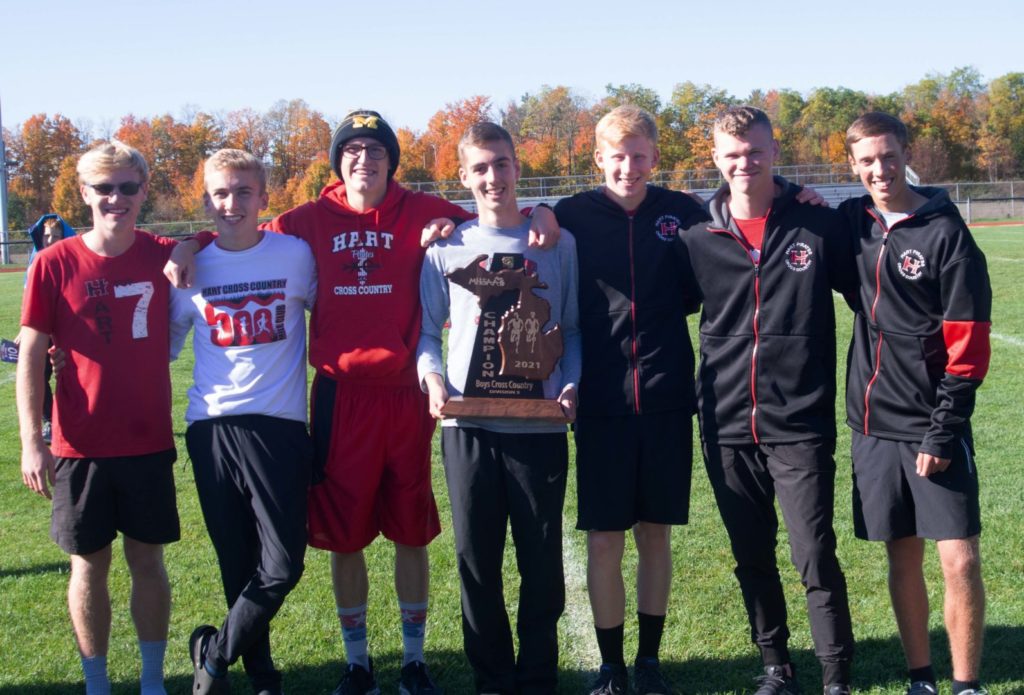 Hart’s first runner across the finish line was junior Clayton Ackley, who was third in 16:27.20. The Pirates occupied the next two places, with senior Noah Bosley fourth in 16:36.11 and junior Wyatt Dean fifth in 16:37.78.

“The boys didn’t have quite the grouping the girls did, but they had enough,” Tatro said. “Clayton has been a solid leader all year long and the guys depend on him to be right up there.

“But, it’s always about team effort and that’s what we get year in and year out.”

Now, it’s on to the state final.

“The key is keeping everybody healthy over the next week,” Tatro said. “We had a couple kids struggling with minor injuries today and hopefully we can get them healed up.”

Manton also qualified for state as a team with a third-place finish. Rounding out the top team finishers were Reed City in fourth and Manistee in fifth. Other area teams included Shelby in eighth and Hesperia in 11th.