HOLLAND — Mona Shores bounced back from a disappointing loss last week against rival Muskegon with a blowout victory against the Holland Dutch.

Sailors’ quarterback Mark Konecny tossed five touchdown passes — all in the first half — helping the Sailors roll to a 76-24 victory.

The Sailors also had two long touchdown runs of 64 and 45 yards by Dahmir Farnum, as well as a 35-yard touchdown sprint by Brandon Bankard, and a 1-yard sneak by Konecny.

Mona Shores’ scores in the second half were a 53-yard touchdown run by Landon Thalman, and a 12-yard score by Jon Gemzer.

Mona Shores closes its regular-season schedule next week against Wyoming. 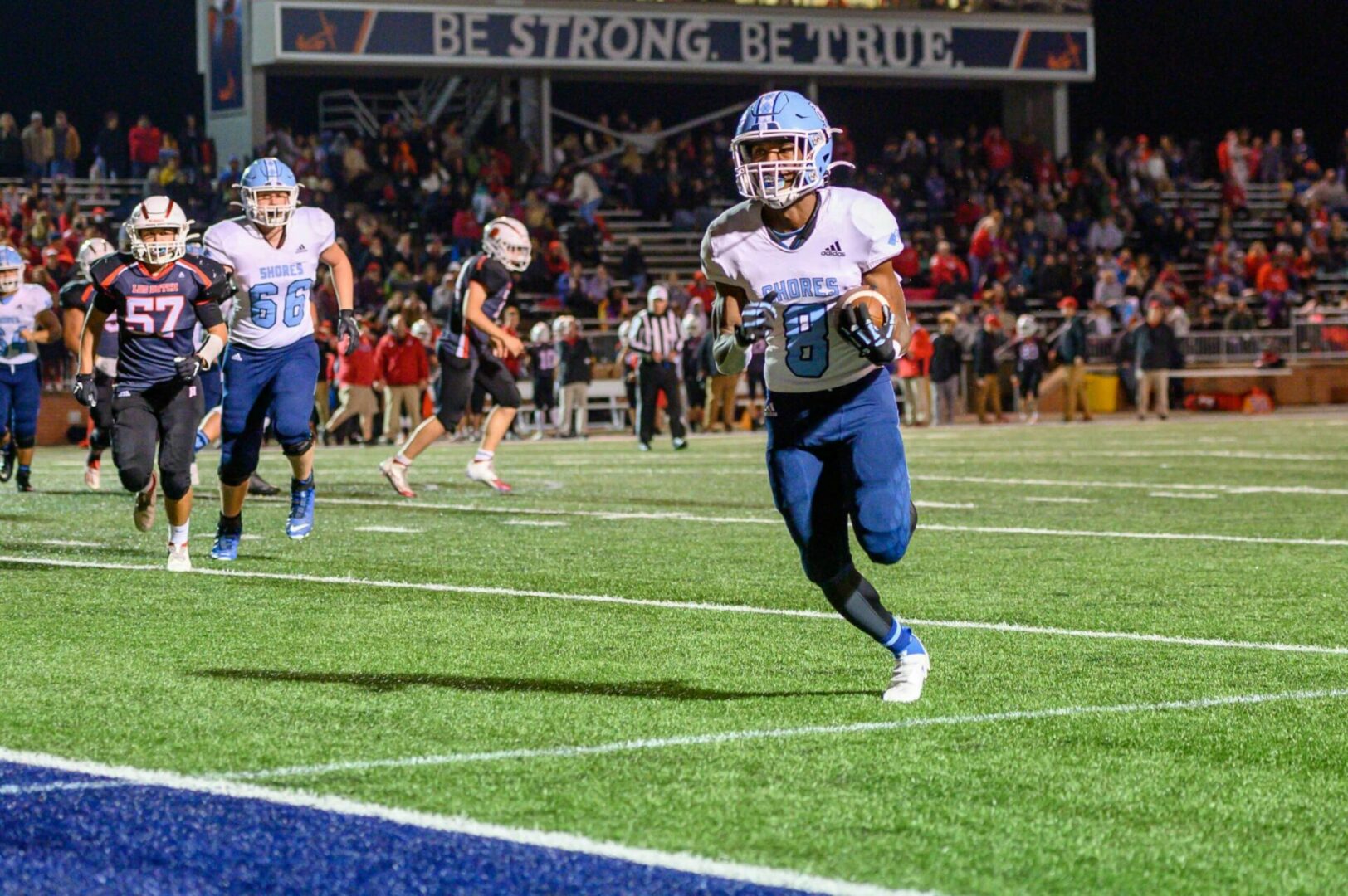 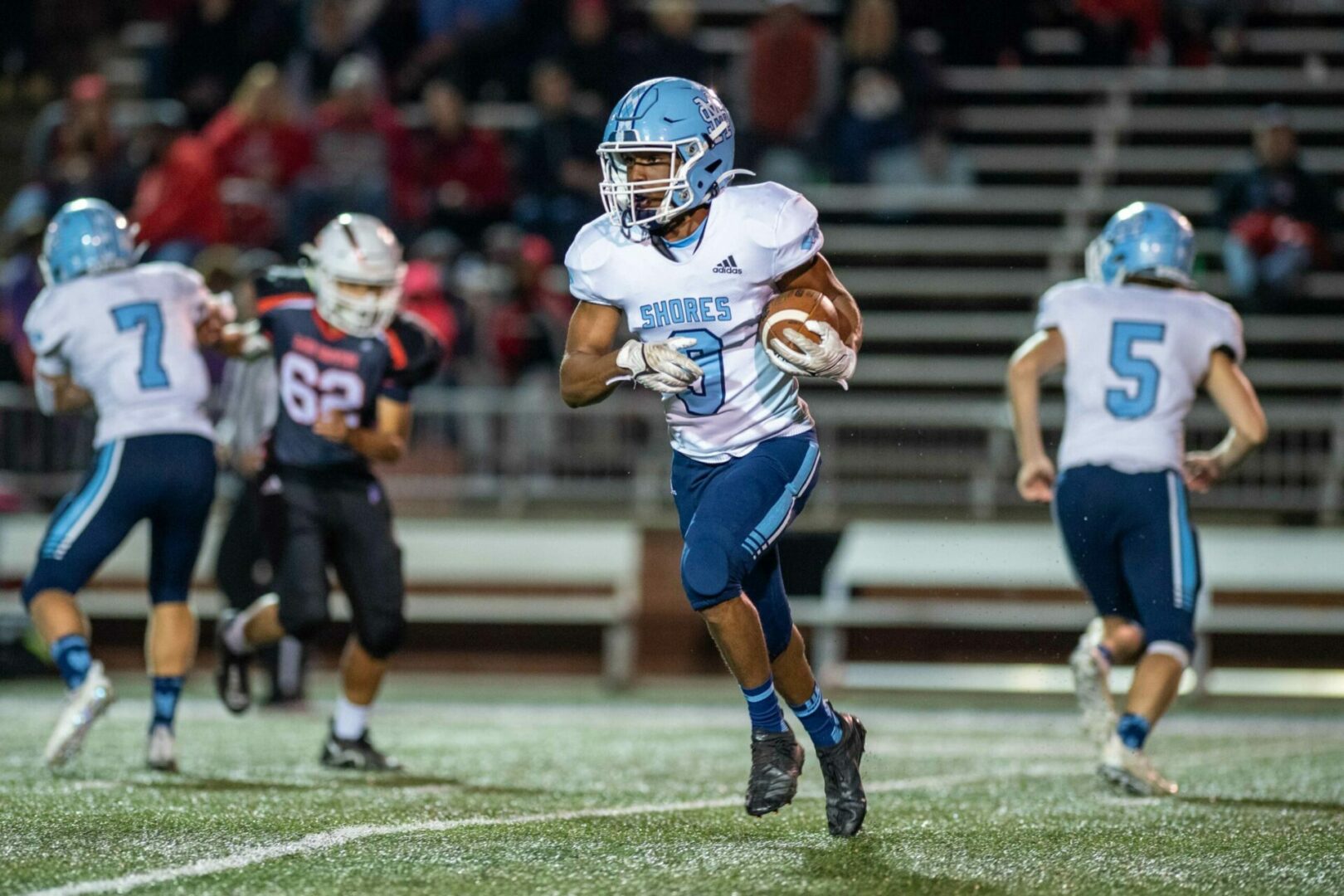 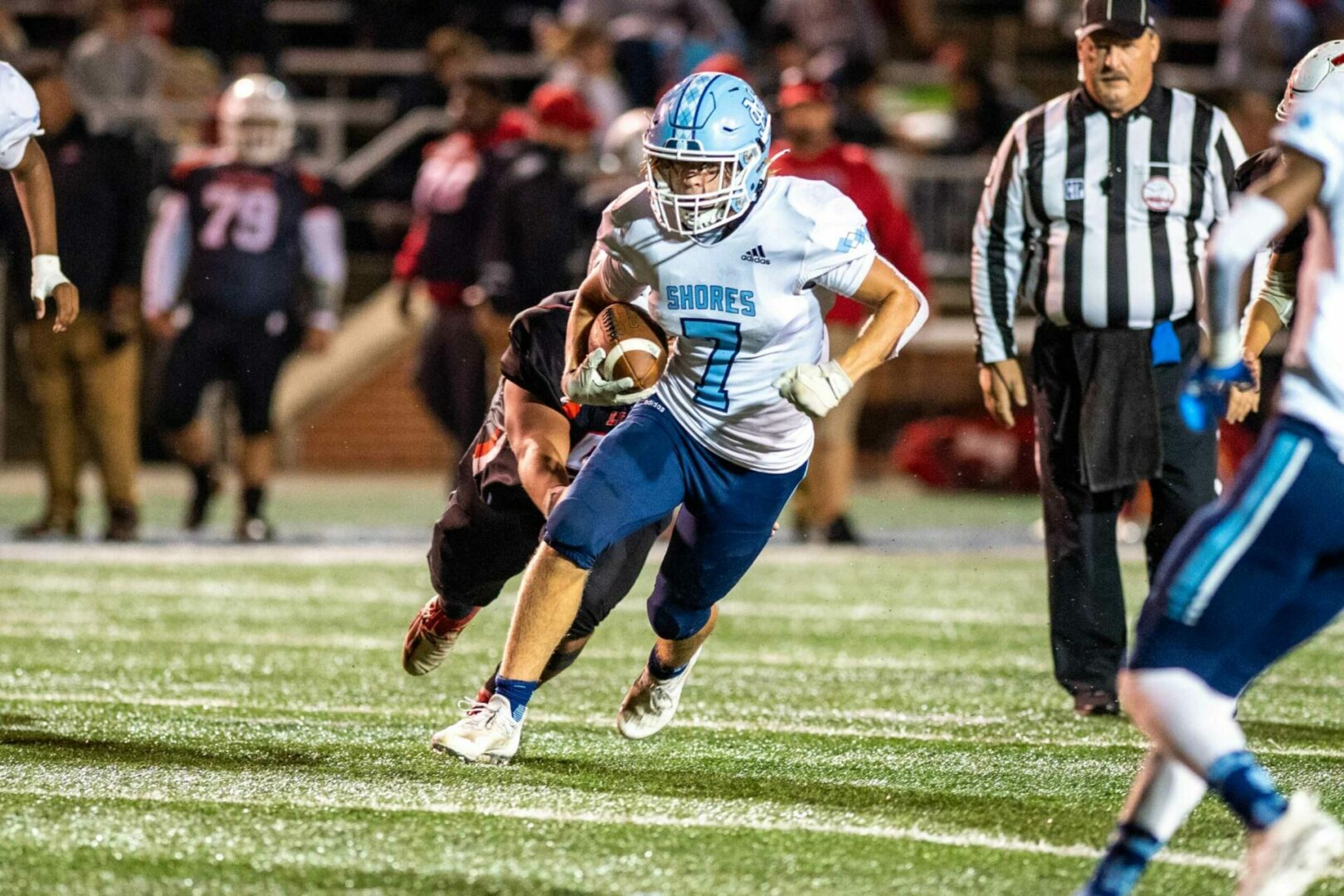 Brandon Bankard rips off a long touchdown run for the Sailors. Photo/Eric Sturr 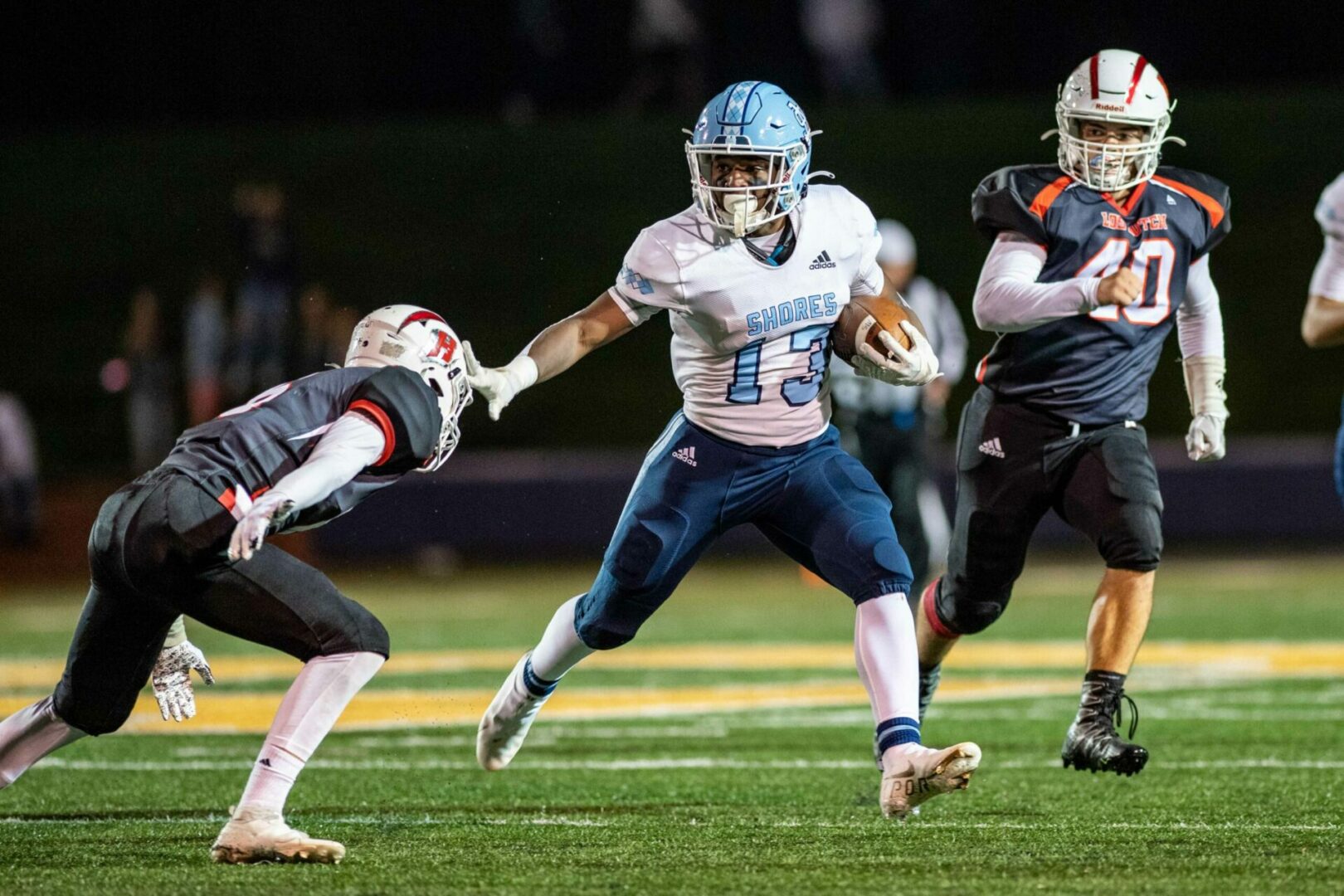 Dahmir Farnum makes the defense miss as he rips off a long run. Photo/Eric Sturr 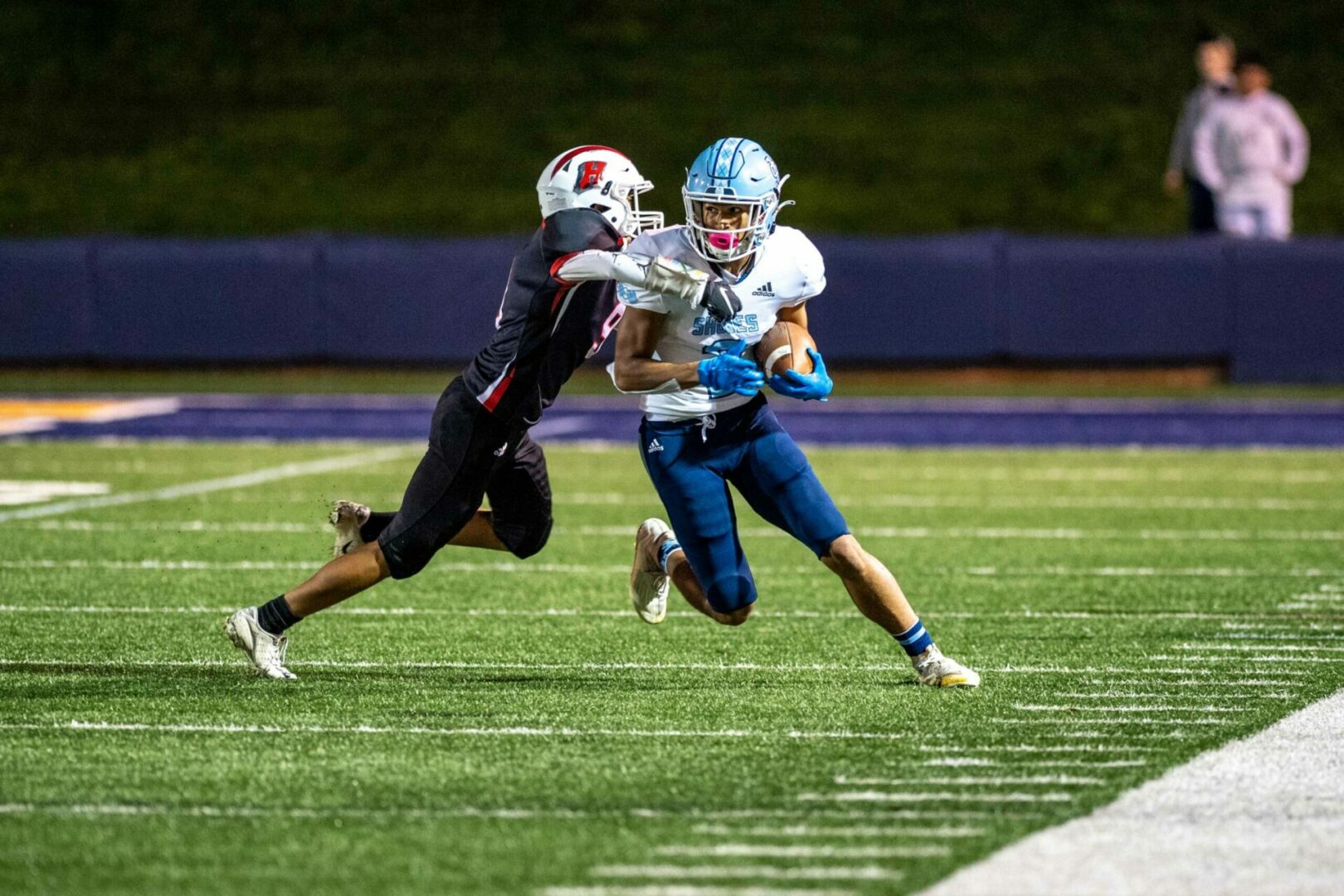 Jaylen Vinton breaks tackles and weaves through the Holland defense for a big gain. Photo/Eric Sturr 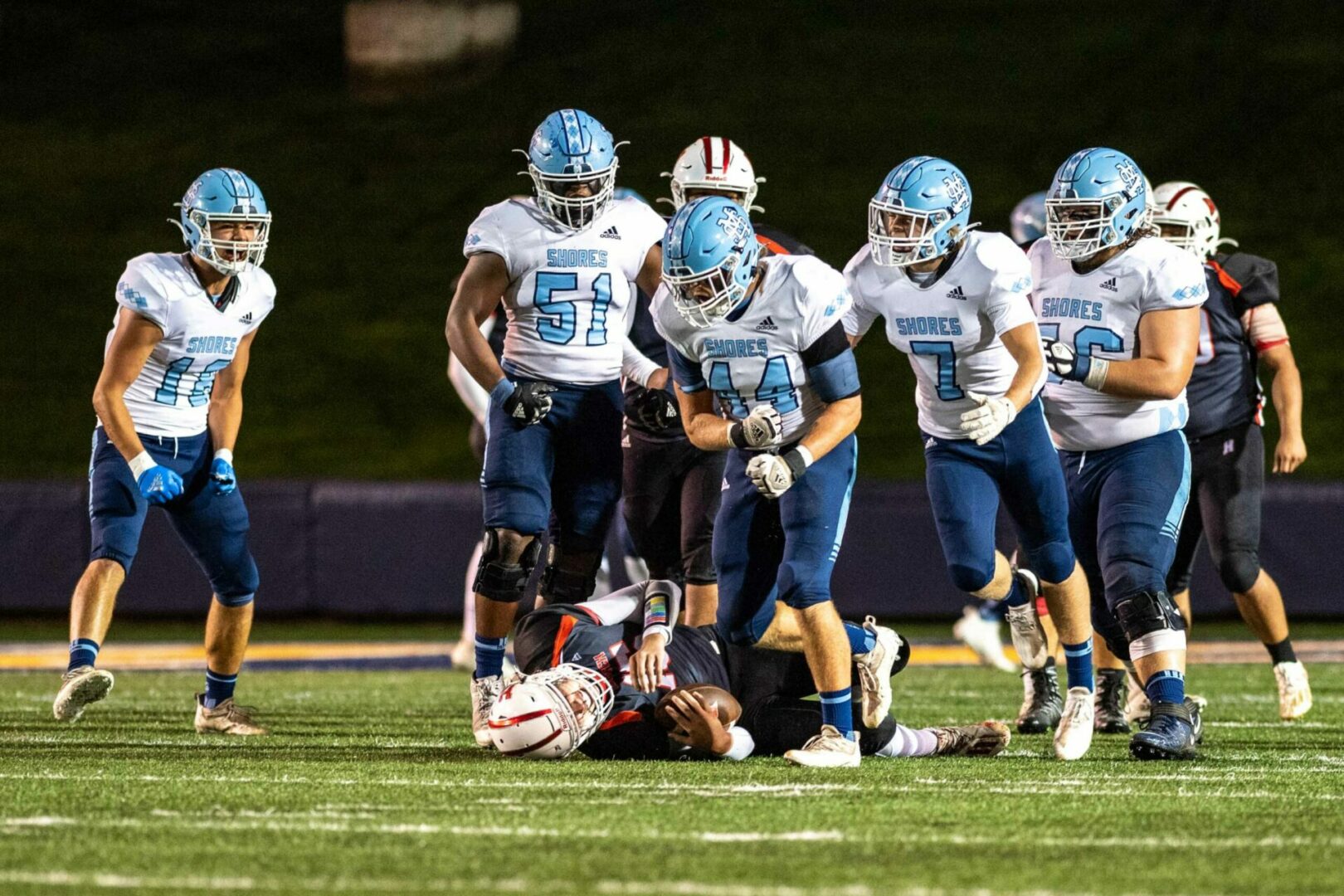 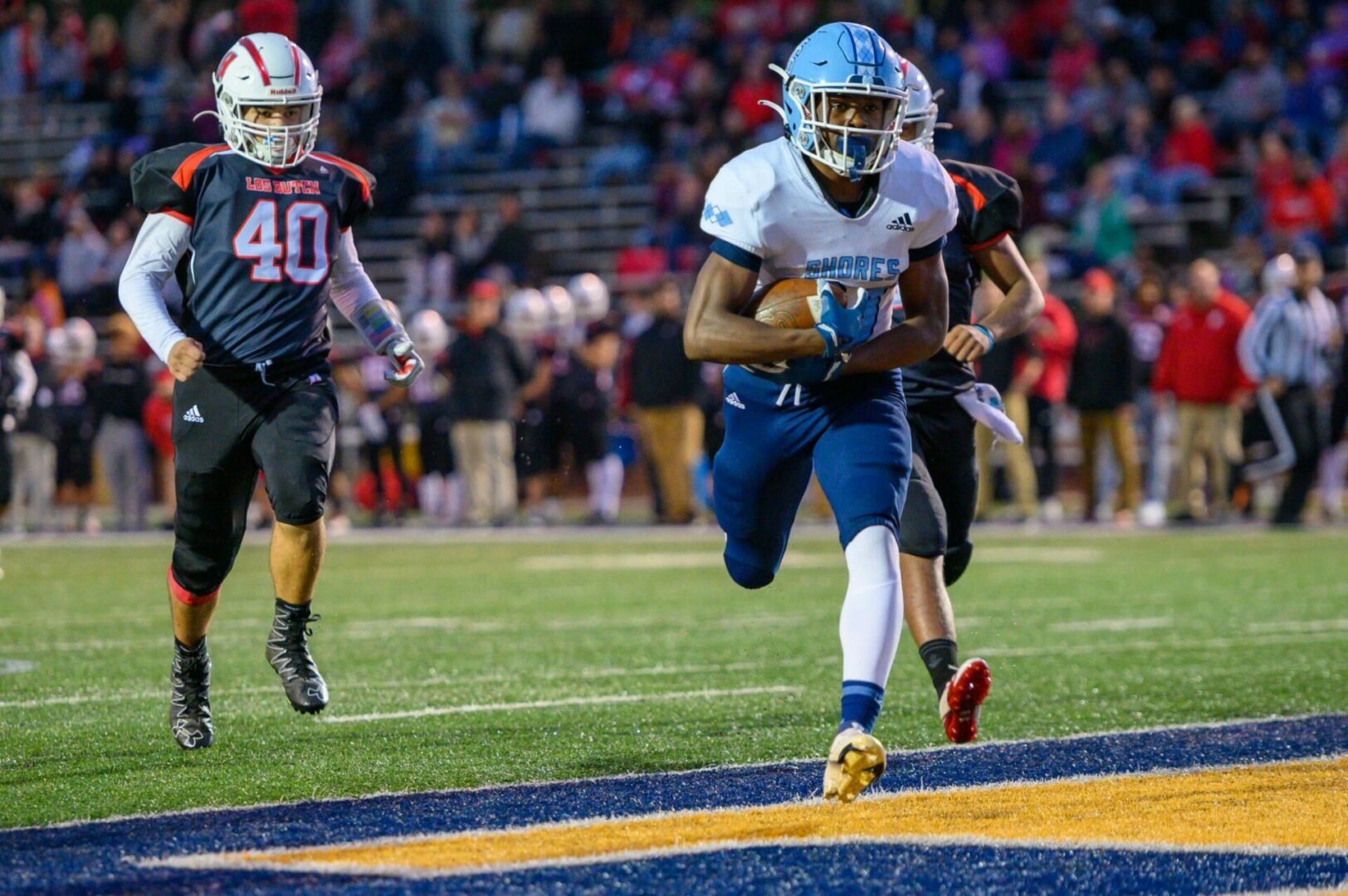