That is what the Muskegon Community College women’s soccer team is saying after the Jayhawks captured its third-straight Region 12 championship on Sunday. 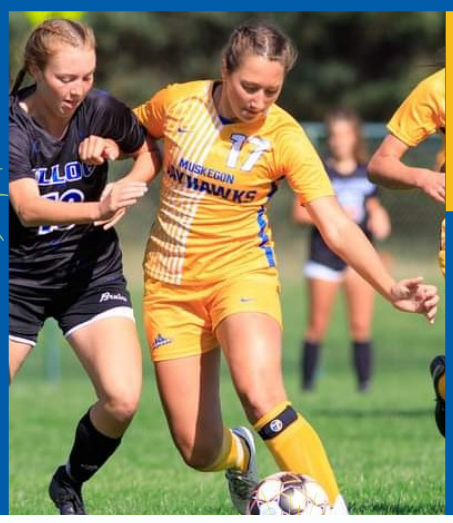 MCC defender, Maddi Papenhagen (in action above), was named Tournament MVP. “She’s a dominant defender, quietly doing her thing. She’s the last to seek out recognition but this award is 100% earned,” quoted MCC’s Facebook page about Papenhagen.

The No. 10 ranked Jayhawks struck down Schoolcraft in overtime with an exciting, 2-1, shootout win. The victory places MCC in the NJCAA National Tournament in Wichita Kansas on November 15-20.

Nora Brown was the hero in regulation scoring MCC’s lone goal off a Sammhy Hecht assist.

MCC fought back to defeat Schoolcraft, trailing 1-0, before Brown’s tally.

In the shootout, Taylor Noble, Kendall Jones and Hecht all made their kicks from the line to clinch the huge victory.

Goalkeeper Tara McGrath had two saves for the Jayhawks win.

Photos of the five players can be seen below and were taken by Scott Van Tamelen. 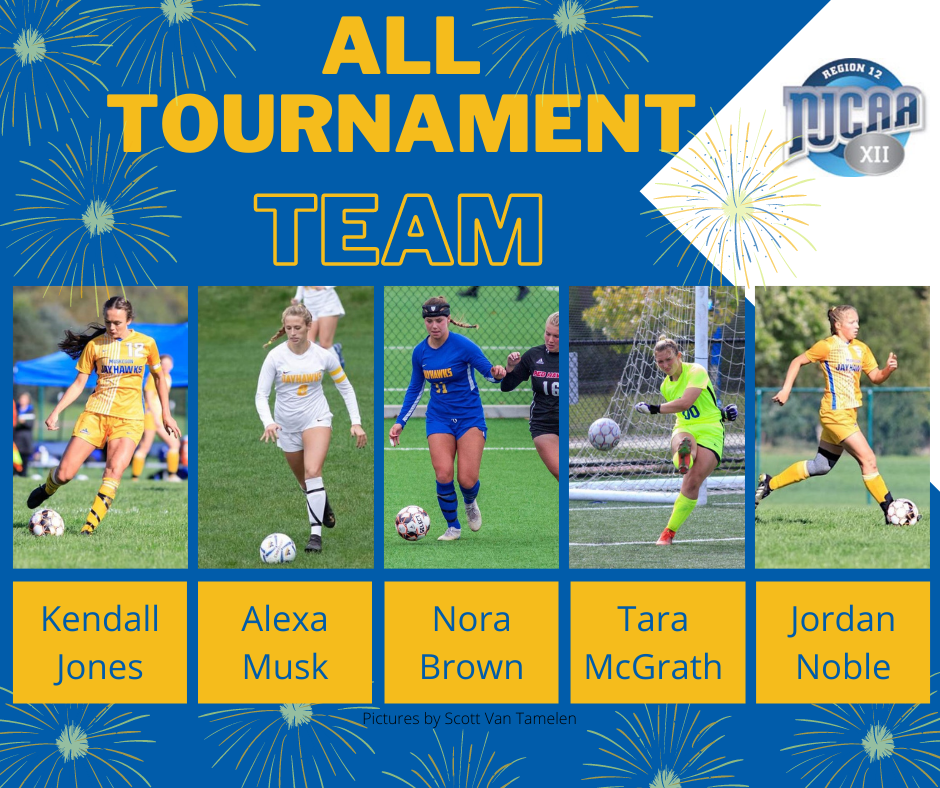