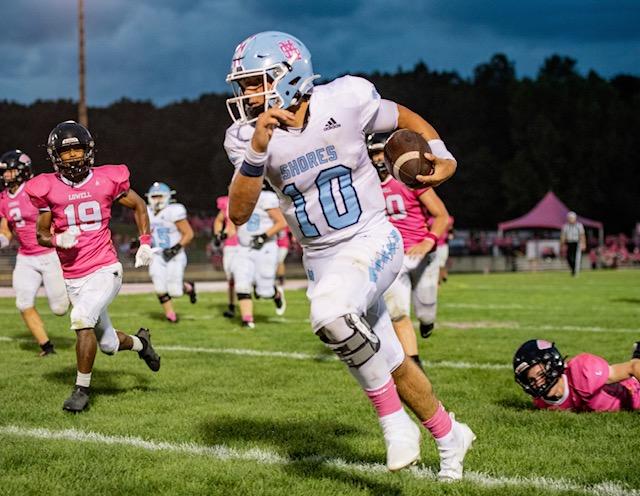 Mona Shores knows exactly what to expect from Caledonia in the Division 2 district title game on Friday night.

“Caledonia wants to run the football and they do it with a 1-2 punch with their running back and quarterback,” Mona Shores coach Matt Koziak said. “They are very good at running inside and outside. They can also hurt you with the pass if you commit too much to the run.”

A district trophy is on the line for the game, which will be played at Grandville High School due to poor field conditions at Caledonia’s home field. Game time is 7 p.m.

It’s shaping up to be a challenge game for the Sailor defense so execution is key if they want to move on in the playoffs.

Each team comes in with an 8-2 record and a three-game winning streak. The Sailors offense has been more productive, scoring 206 points over that three-game span for a 68-points per game average. Defensively they’ve allowed a total of 31 points.

The Sailors have scored 468 points this season for a 46.8 points per game average.

On the flip side, the Fighting Scots have scored 96 points over their last three games, but they’ve allowed 40 and outscored their opponents, 32-13 on average.

“What we need to do is create some turnover, and get them in third-and-long situations,” Koziak said. “We also have to match their physicality.”

The Sailors had to hit the road last week too, but Koziak isn’t going to stew about it.

“It is what it is,” he said. “We did not do enough this season to host playoff games, so we have to be successful on the road.”

Because of the pandemic, everyone was allowed in the playoffs last year. The Fighting 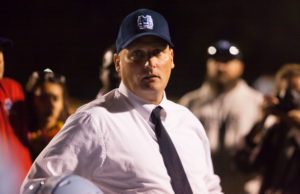 “We did not do enough this season to host playoff games, so we have to be successful on the road.” (Mona Shores head coach Matt Koziak) Photo/Jason Goorman

Scots last appearance in the post-season before that was 2014.

Caledonia coach Derek Pennington holds a lot of respect for the Sailors’ program.

“They have a very good, and explosive, offense,” Pennington said. “They were impressive on defense last week, shutting down Forest Hills.

“Our three keys to winning will be running the football effectively, stopping Mona Shores on first down and getting them behind schedule on offense, and lastly we need more explosive big plays then they produce.”

Pennington isn’t concerned about where the game is played.

“We can really only focus on controllable factors,” Pennington said. “Last week we learned that we need to come out and play well right from the beginning.

“We started slow versus Byron (Center) and dug a hole. We need to play a full 48 minutes versus Mona.”

Big Reds respond to a challenge from East Grand Rapids, pull out a 28-10 win