MANISTEE – In the end Ludington’s youth couldn’t match up against Cadillac’s experience, and that was the telling point in Wednesday night’s MHSAA Division 2 girls volleyball district tournament in Manistee.

But the Orioles threw a scare into the Vikings when they battled back to very nearly pull out a big win in the third set that would have extended the match.

Cadillac’s experience showed through, however, as the Vikings weathered the storm and held off the Orioles for a 25-19 victory that sewed up a 3-0 conquest. 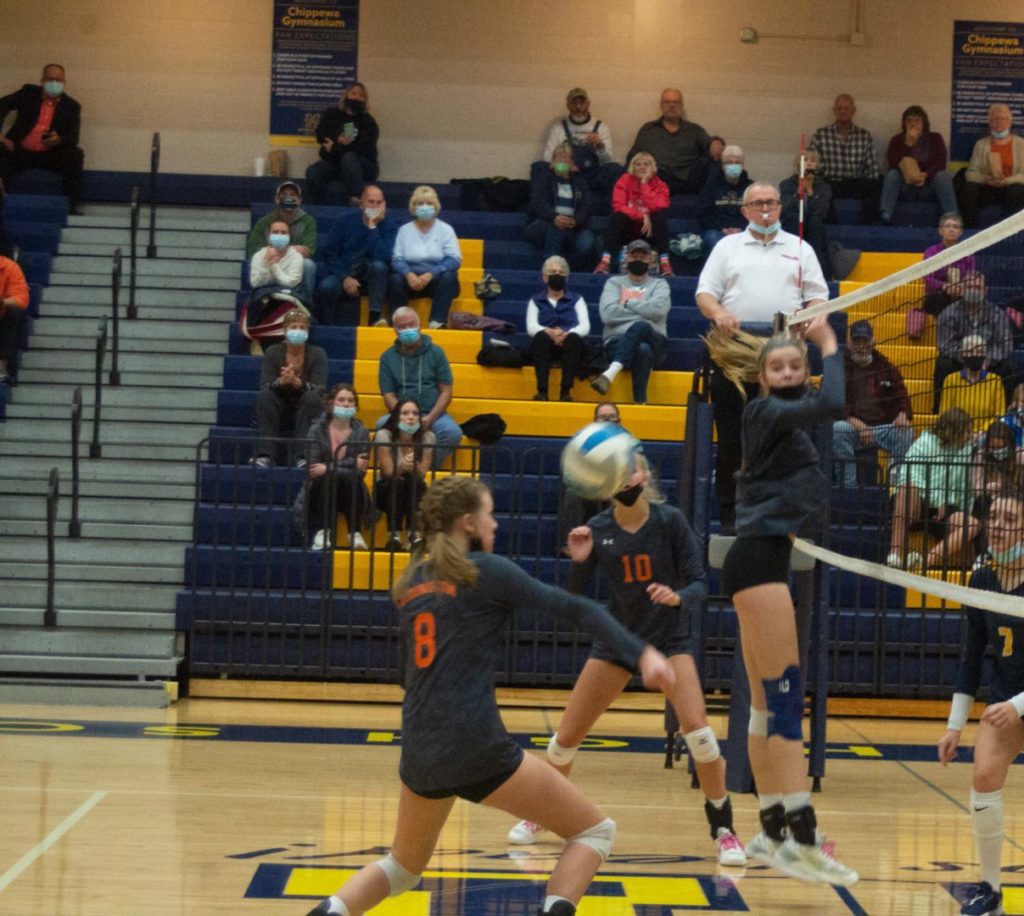 Showing respect for the Orioles’ blocking ability up at the net, Cadillac appeared to back off and not be quite as aggressive hitting, preferring to push the ball across rather than pound it over.

“We expected No.7 (Cadillac senior Renee Brines) to tip a lot,” Ludington head coach Rebecca Vaara said. “I thought we did a decent job.

“It’s hard when  you’ve got teams that you’re blocking against all year that are hitting hard, and then you’re switching it up for a tip for one team,

“And I’ve got young girls that, I thought, adjusted really well for the experience that they have, But I do think part of that was they know we’ve got a strong blocking team,”

Ludington trailed the Vikings by 10 points, 16-6 in the first set before the Orioles rallied to cut the defict to six, 19-13 but could get no closer.

The Orioles kept the score close throughout the second set, but could never make the necessary run to overtake Cadillac after a 1-1 tie, never trailing by more than seven points and often closing within four several times.

Cadillac found itself in the unexpected position of trailing early when the Orioles took a 4-2 lead. The score was tied five times, the last at 11-11 before the Vikings edged out to a 15-11 advantage.

The Vikings stretched their lead to five points, 16-11, but they couldn’t shake the Orioles, who continued to come back at them at every turn.

Ludington erased the deficit and eventually tied the set at 17-17. It was tied again at 18-18, but the Vikings went on a 7-1 run to close out the set.”Cadillac is a great team,” Vaara said. “They are always able to control the ball on their side of the net. We’re working on it, and we’re getting experience.

“I think a lot of the girls, it’s the first time playing in districts and so they were a little shell shocked when they first came out for the first (set), and I’m like ‘It’s just like any other set girls. We just play our game. Worry about that.’

“But, it takes a little while sometimes when you’re a younger and you haven’t been there. Because of COVID last year we weren’t in districts, so that took some of my girls out from having that experience. The piece that we’re sometimes lacking is the want to get that ball, and to move our feet, and do all those things. I really liked that I saw that all coming together that last (set).

“There is a difference there of having a team full of seniors, and a team with two seniors. Definitely a difference in that experience level.”

Keelyn Laird, a junior, paced the Orioles with six blocks and she had a solid floor game with nine digs while she also had six blocks and one assist. Ludington sophomore Maddy Vaara was the leading hitter with eight kills and contributed 11 assists, one block and two digs.

Zoe Voss, one of just two seniors on the squad, had two kills and three digs. The other senior, Madisyn Wysong, had six digs, and freshman Jordyn Anderson had four assists and five kills.

“I think it just took us awhile to get there,” Vaara said. “We’re slow starting, but they did pull it around there and I did like to see a lot of things they were doing.

“They showed a lot of strengths. We just have to work on some little pieces and I think it will be great next year.”

“Zoe brings this great energy and excitement to the team,” the coach added. “Madisyn brings this kind of calm, that no matter what chaos is happening around her she is just calm and ‘I’m going to get the next pass.’ We’re going to miss them tons.

“I am excited that at least there’s only two of them going, so at least I have a lot of girls staying and planning to work really hard and focus, so I’m excited.” 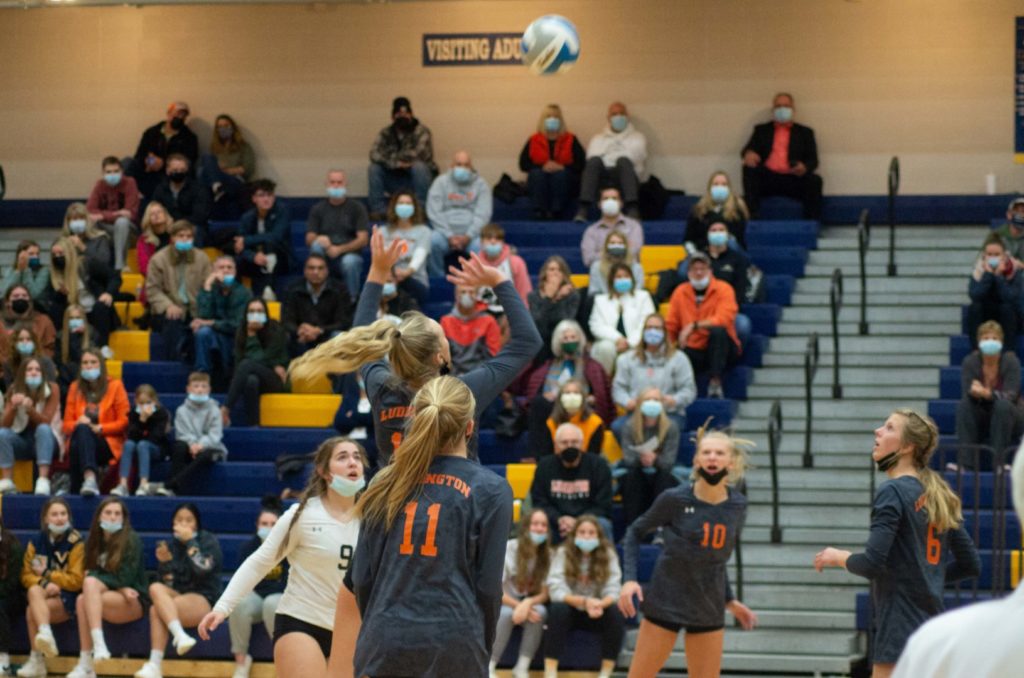