Advancing past districts has been the norm for the Muskegon Big Reds, winners of nine straight district football championships.

The Cedar Springs Red Hawks played spoilers, snapping that streak with a 21-14 victory at Hackley Stadium.

The first quarter was a defensive struggle. The only threat of a score was when Cedar Springs Antwaun Nicholls broke through the line heading for a touchdown before Damari Foster chased him down.

But the Big Reds defense held as they stuffed Aiden Brunin on 4th and 2 in the red zone.

Cedar Springs opened the scoring up with a 3-yard TD run by Ryan Mitchell. Muskegon quickly responded as Jakob Price found the end zone on a 64 yard run. Both teams went into the half, tied 7-7.

The Red Hawks received the ball out of the break and quickly scored as Ryan West bursted through the middle of the defense for a 50-yard touchdown run.

Muskegon was driving in the red zone but the Red Hawks defense stood tall, stopping the Big Reds on 4th down.

Cedar Springs next possession deep in the end zone resulted in a punt but the punt by Aiden Bruinin completed flipped field with a 81 yard punt.

Big Reds couldn’t muster up any offense and had to punt. Ryan West’s 65 yard TD run put the visitors up two scores in the fourth quarter.

Big Reds found the end zone with a Jakob Price 14 yard touchdown run. With the momentum shifting the Big Reds defense created a turnover after Myles Walton intercepted the ball. The momentum was short lived as the Big Reds fumbled the ball midway fourth quarter.

Cedar Springs controlled the clock settling for a 4th down field goal attempt inside the 10 yard line to go up 10 but the attempt was no good.

Muskegon had less than 40 seconds to find the end zone but time ran out on the Big Reds effort.

A strong senior class surrounded by tons of youth for Muskegon saw their season come to an end at home.

“I am not ashamed or disappointed,” said Coach Shane Fairfield whose Big Reds had reached the state finals 7 out if the last 10 years. “There is not one kid that didn’t play with all their heart. I don’t want to see this senior class go but we always tell them is that I’m not your coach anymore, but I’m you’re friend forever.”

Cedar Springs led the total yards of offense against Muskegon, 330-284.

Uncharacteristic miscues stalled some Big Reds drives and the Red Hawks controlled the clock limiting possessions in a game that came down to the wire. 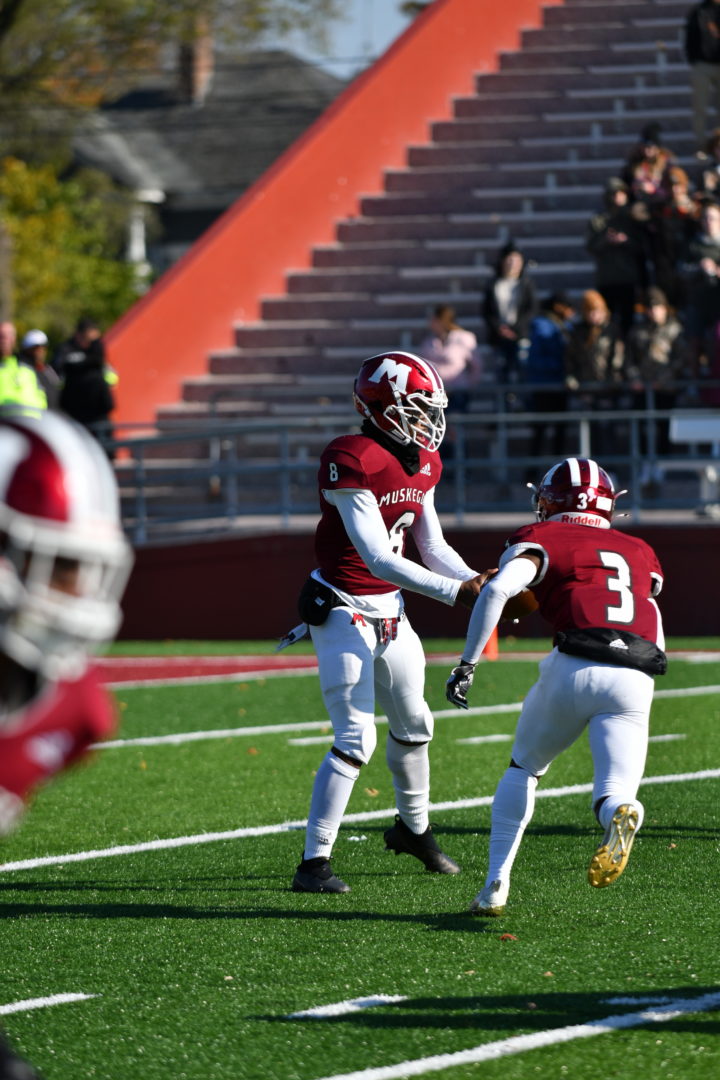 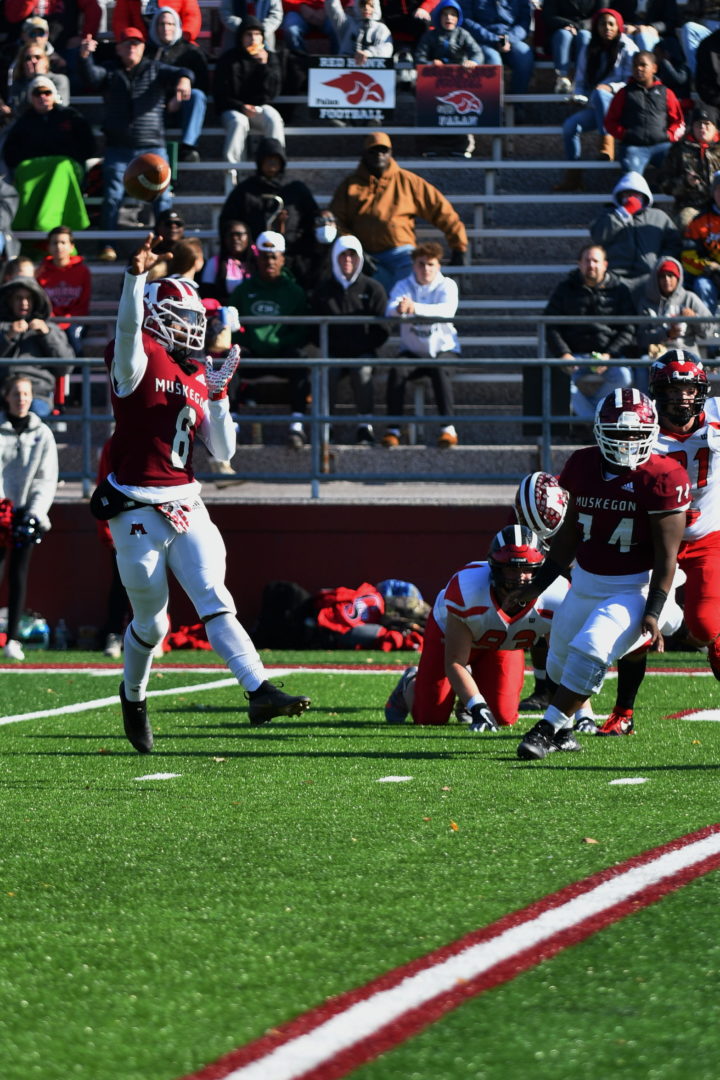 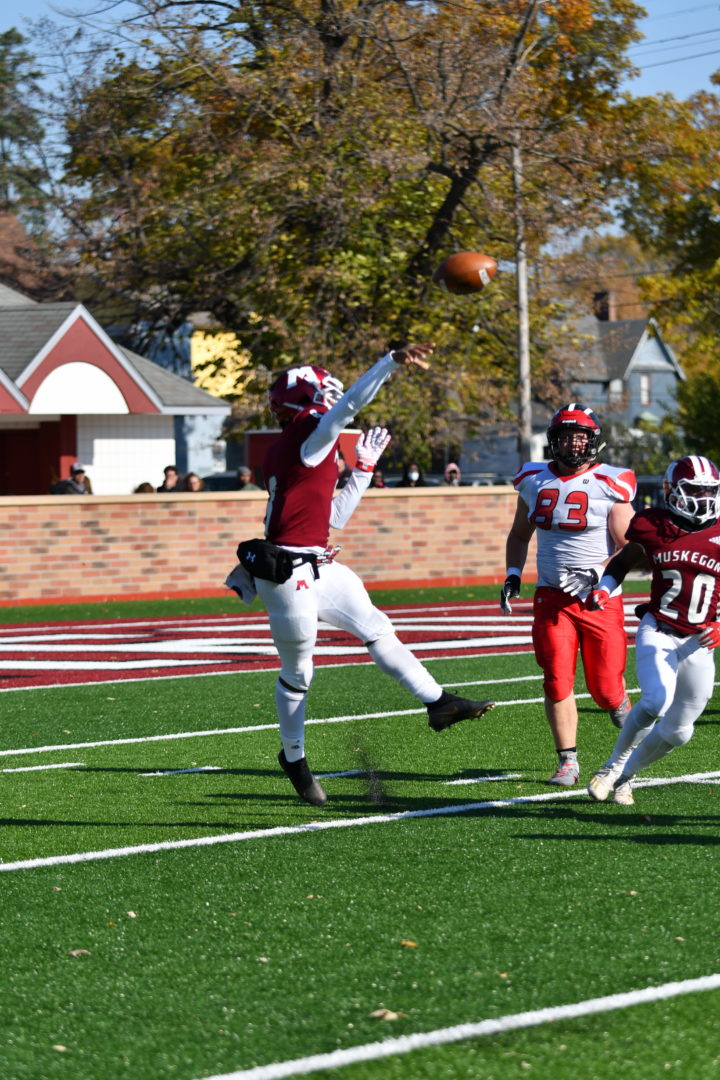 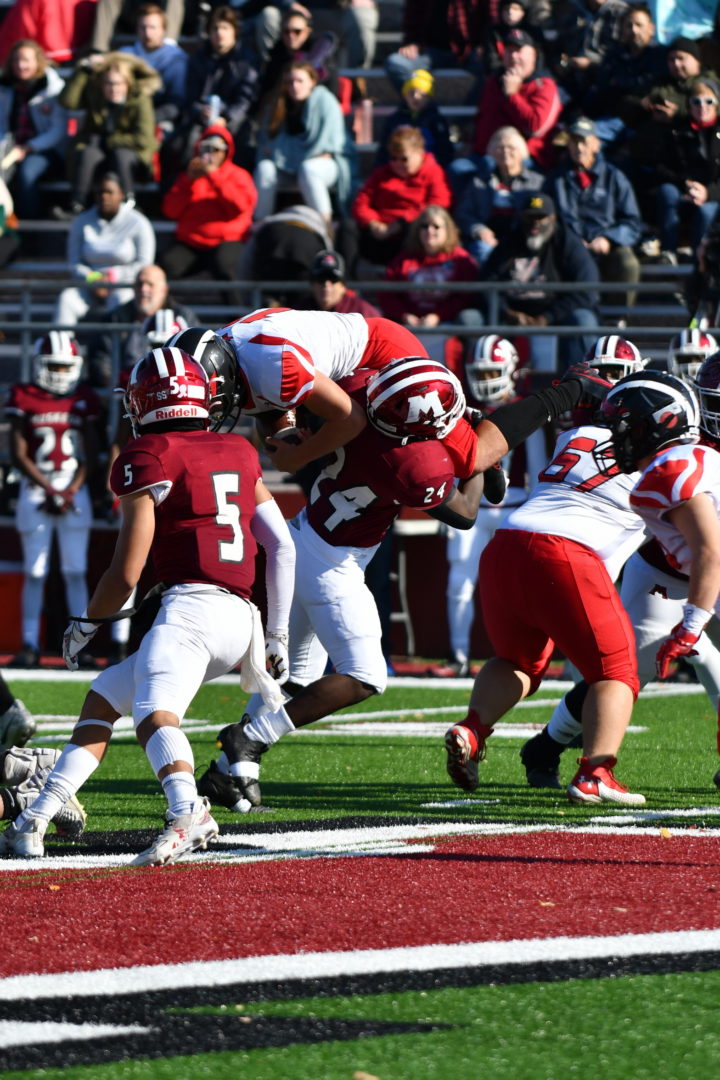 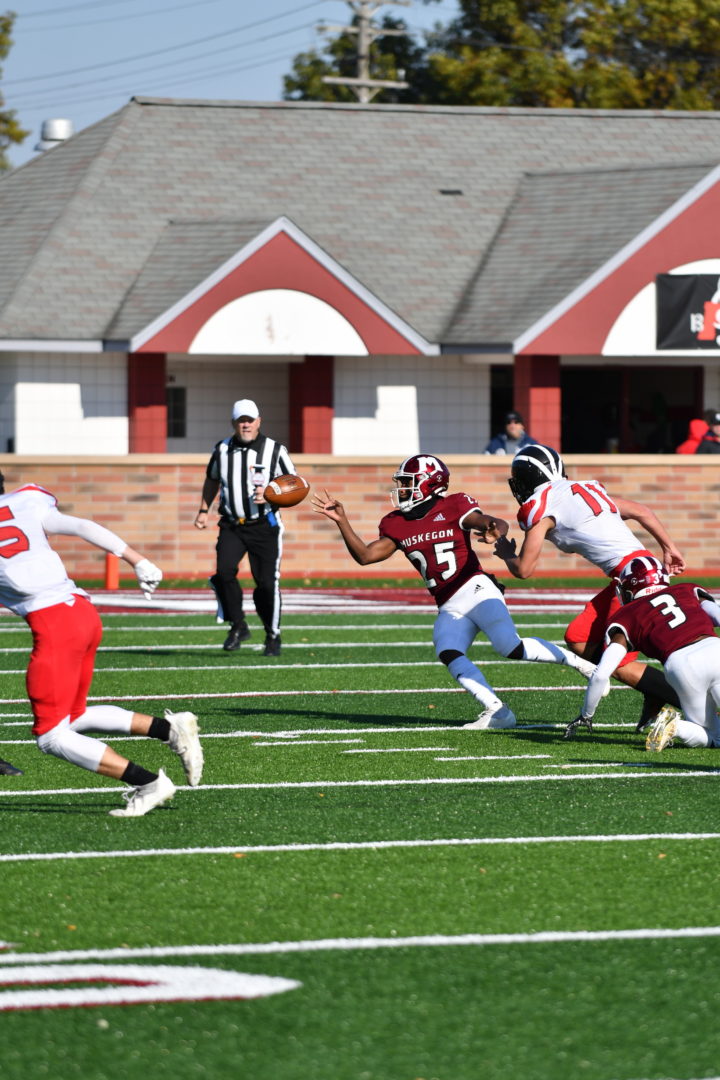 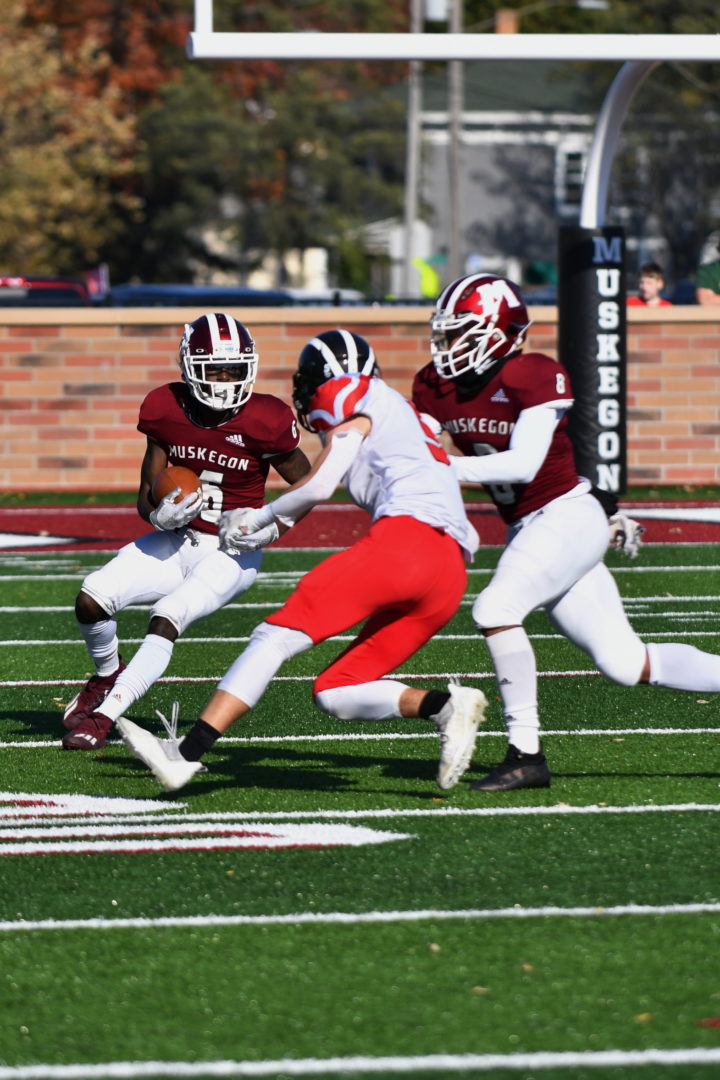 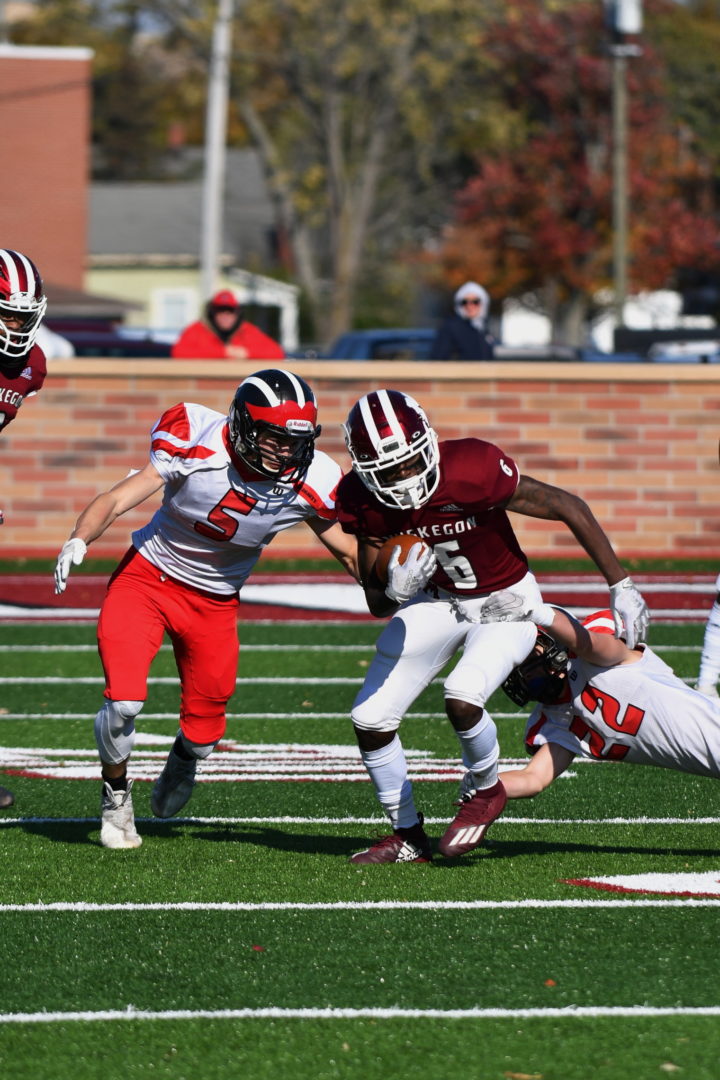 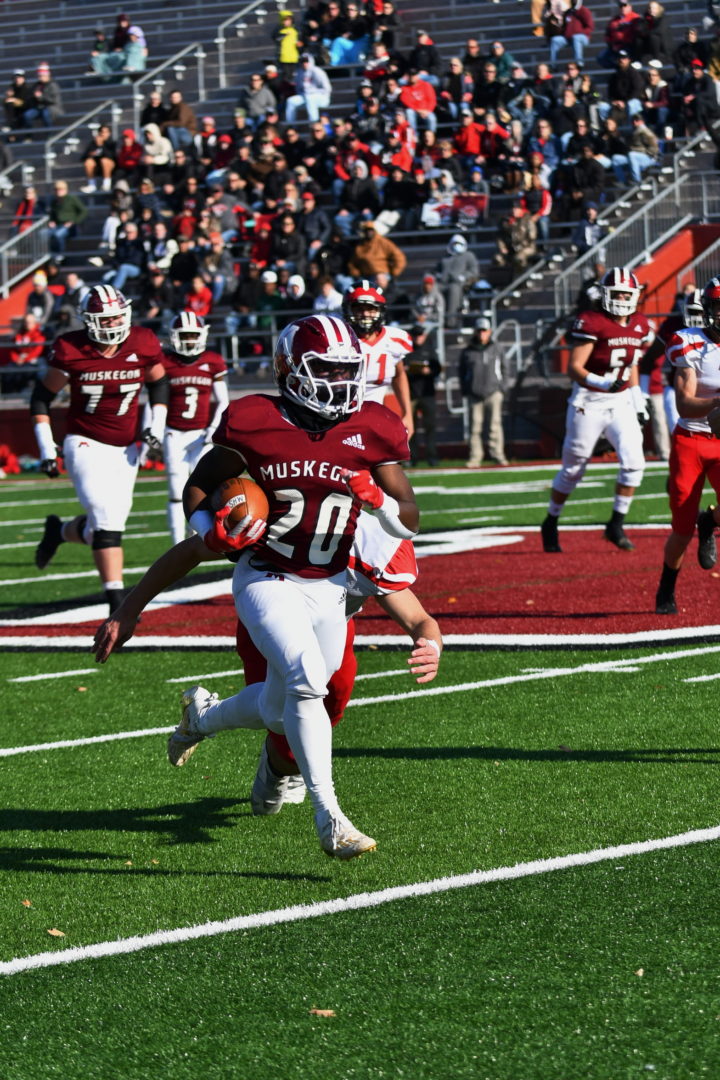 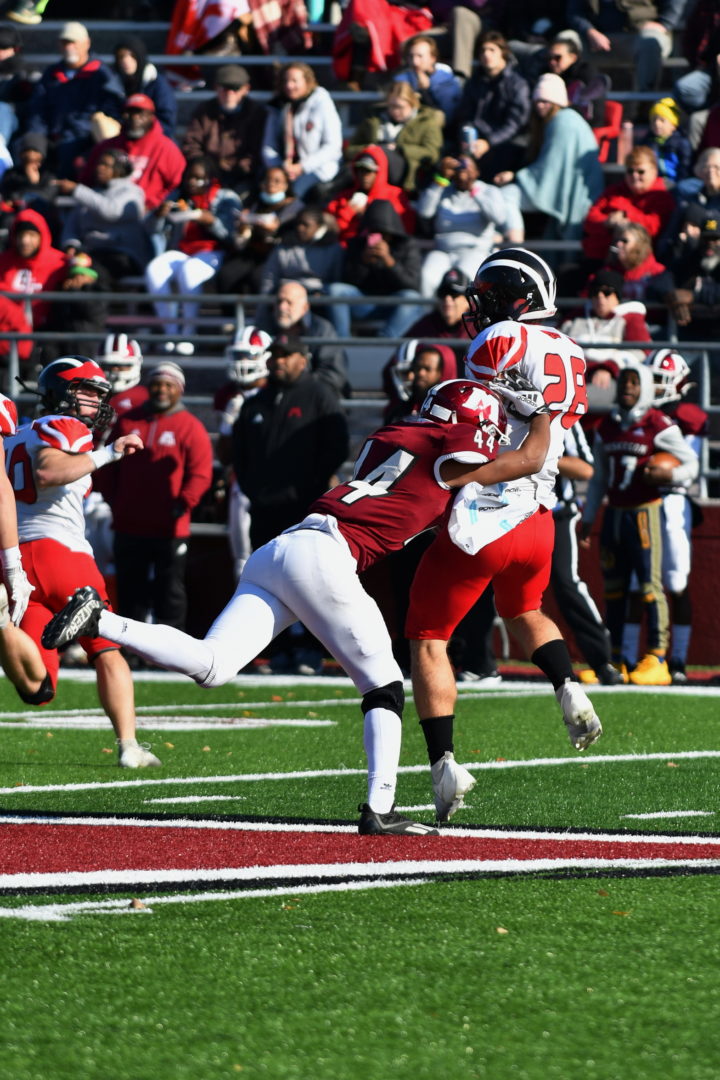 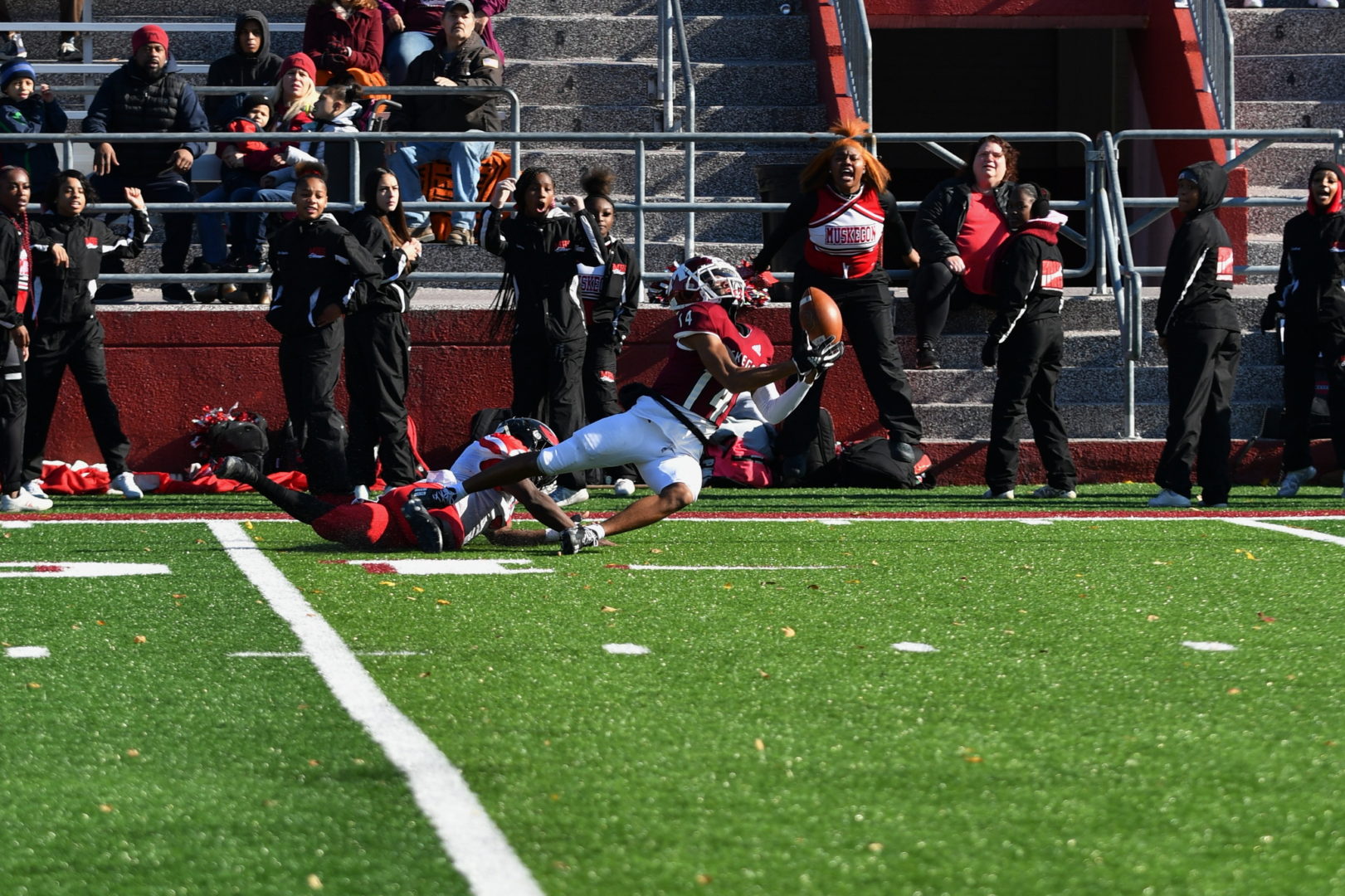 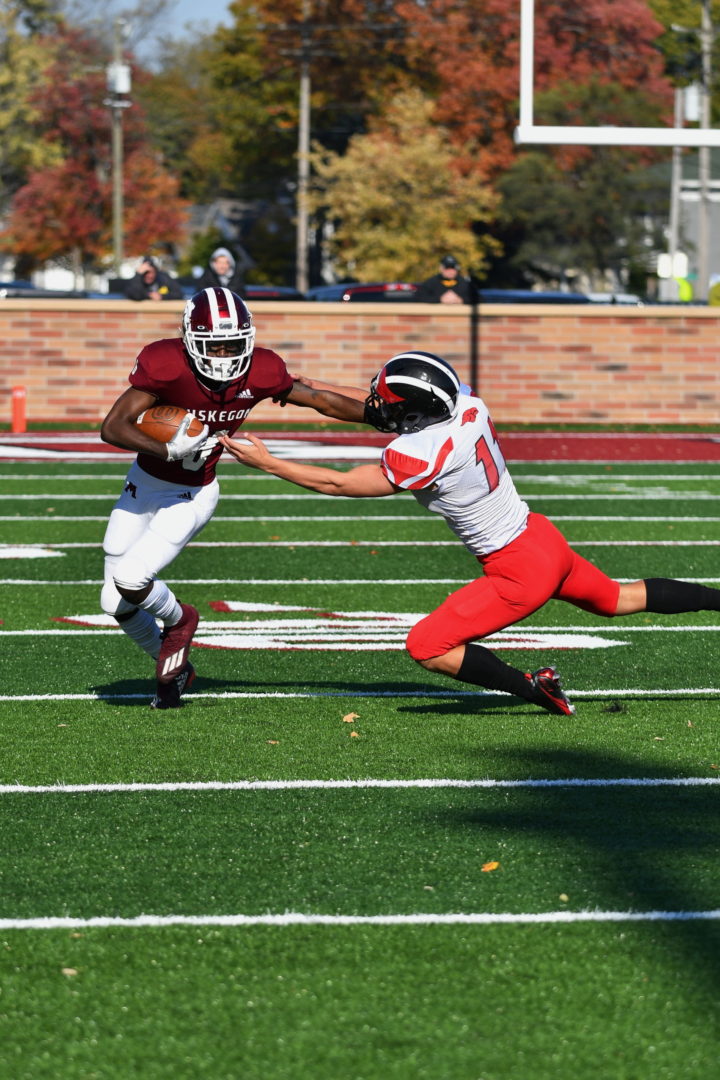 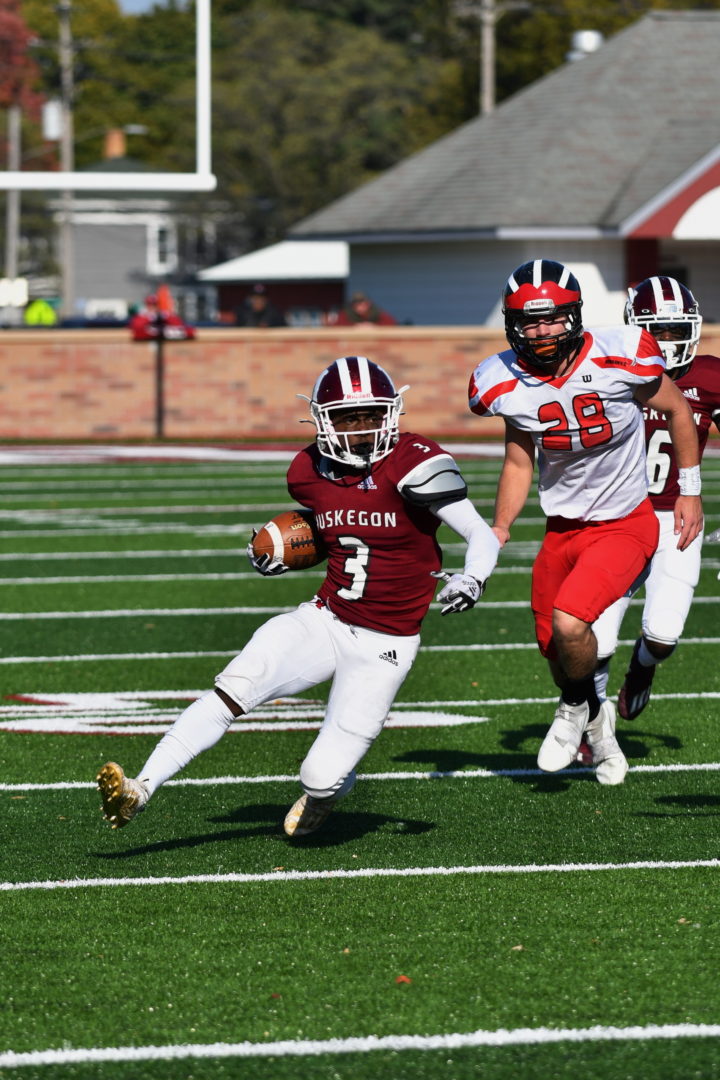 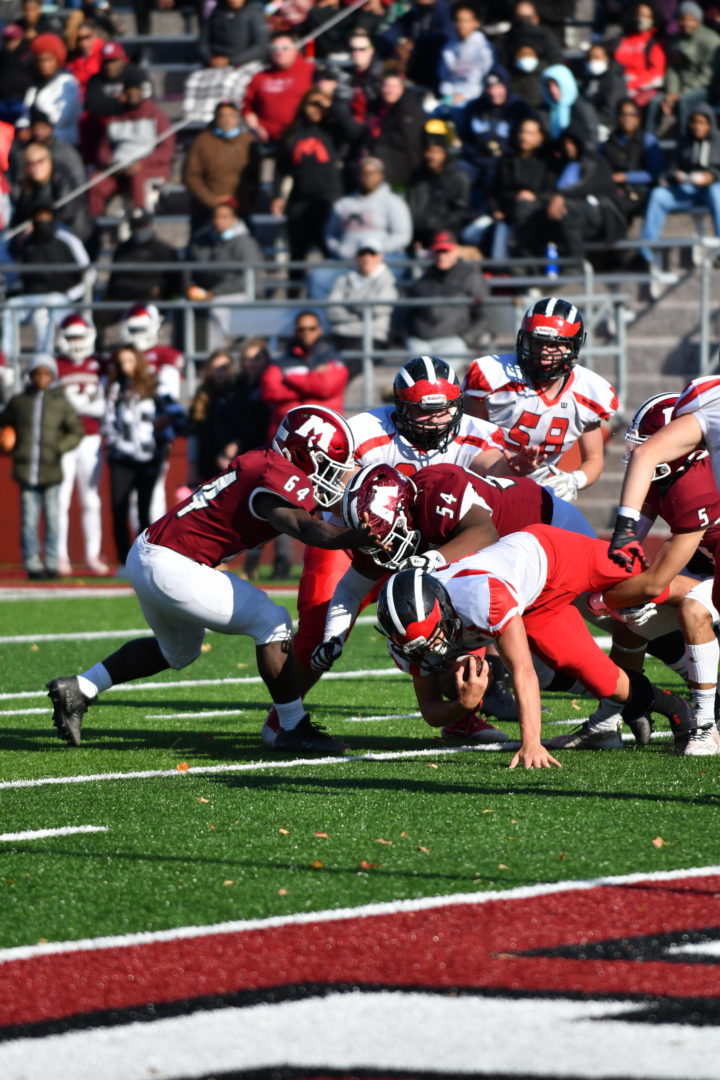 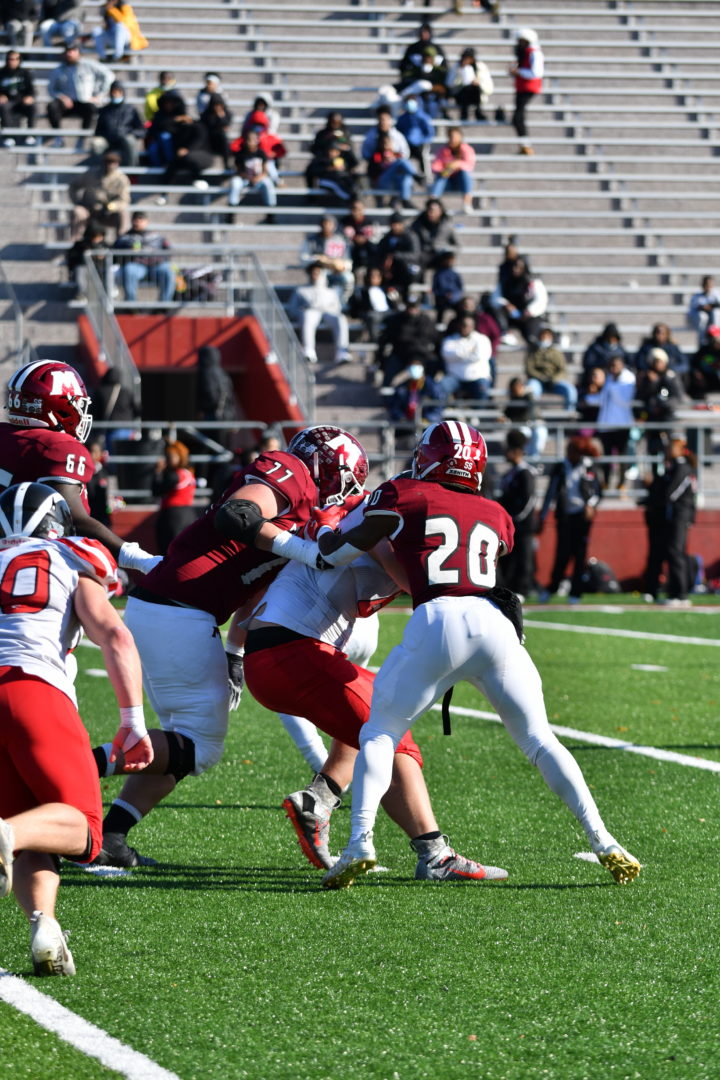 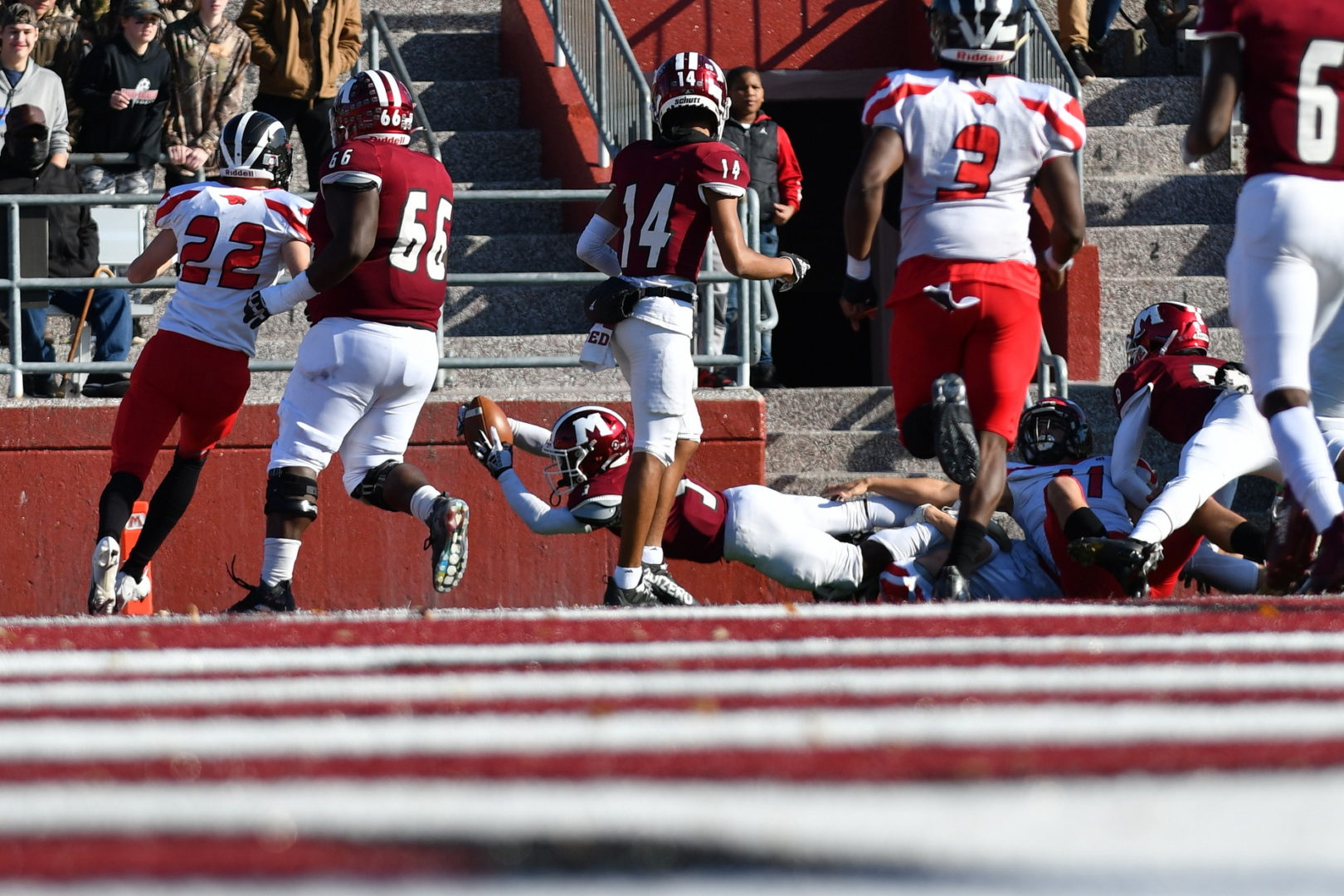 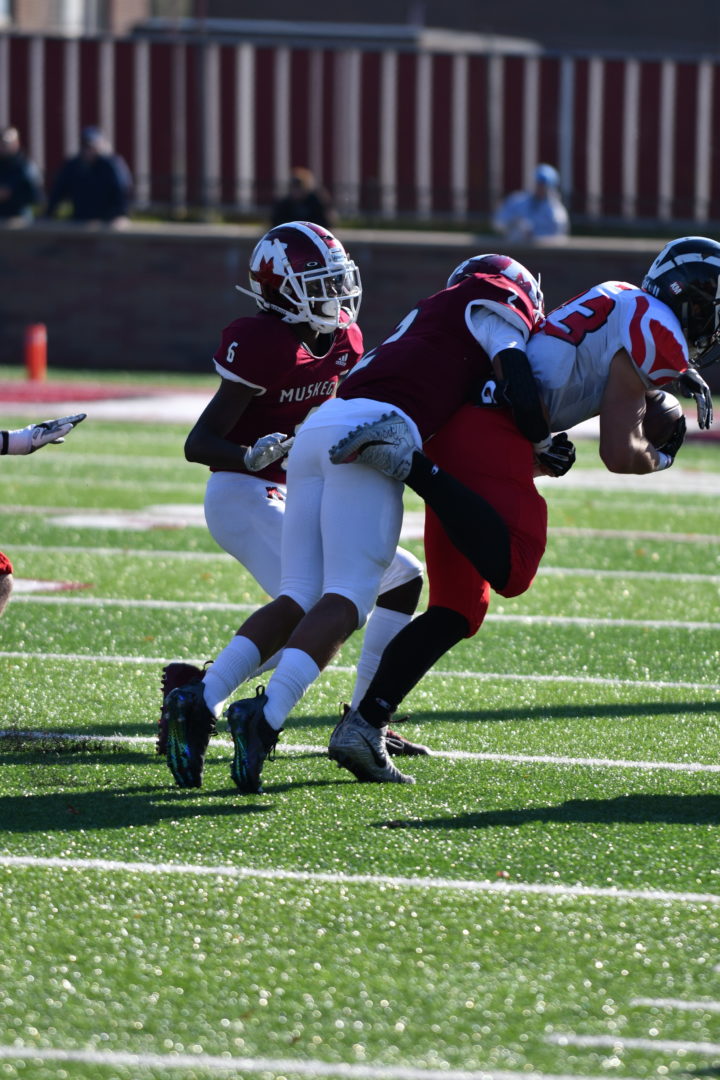