Cinque Moody, now known as Mr. Moody, Dean of Students within the Grand Rapids Public School District, laughs as he explains his desire to replace newspaper clippings lost over time. They detailed his prep days at Muskegon Heights. Also known to many as “Coach,” those clippings might help him plead his case when he mentions that he once played sports.

“I picked up a couple pounds after high school. Today, you coach the kids, or you meet new people, and you tell them, ‘Hey, I used to do pretty good at football back in the day.’ And they look at you like, ‘What position you play … tackle?’”

“I live in Grand Rapids now. I’m always talking (to my friends here) about football when I was younger,” said Caviness recently. “But they didn’t get to see me play. They don’t believe it. They want to see the film.”

Local football fans will certainly recall the 1992 Heights Tigers. Caviness was an All-Area quarterback who threw for more than 1,400 yards on the year. Moody was named a unanimous All-State selection as a defensive back. While Moody did patrol the Tiger’s secondary, and patrol it well, it was his ability to run, pass, catch, and return punts that created a nightmare-come-to-life for opponents.

Strolling Back in Time

After losing their opener, the Tigers snagged eight straight victories in 1990, winning the Seaway Conference then qualifying for the MHSAA playoffs for the first time in school history. But the postseason ended quickly as they lost in the opening round of play. Heights posted a dismal 2-7 record in 1991.

Glen Metcalf, entering his 17th year as head football coach at the Heights, saw promise in his senior-oriented 1992 squad.

“I think this group will execute a lot better this year,” the coach told The Muskegon Chronicle before the season. “We have to get the ball to Moody as much as possible. He can break the big one for us.” Moody, now a senior, had been called up to varsity as a sophomore.

Caviness, also a senior, was named the team’s quarterback. He had started just two games at the position as a junior. “We feel good about Ronnie,” continued Metcalf, noting Caviness’ improved confidence operating under center. “He has a very good arm…”

The season started well as the Tigers banged out three quick wins. Heights showed its big-play ability immediately, as Moody returned a punt for a touchdown, going 85 yards in a 32-0 thumping of Oakridge in the opening week. Conference wins over Fruitport and Fremont came next. Mark Johnson returned a kickoff for an 80-yard TD against Fruitport, while Moody grabbed a screen pass from Caviness and took it 57 yards for a touchdown. “Speed kills,” said Fruitport coach Steve Wilson following the game. “We just couldn’t keep up with them.”

But the Tigers dropped the next two games, first to Pete Kutches’ Reeths-Puffer squad, 27-26, then to Greenville, 25-24, in overtime. Heights led Puffer 14-6 at the intermission on two Moody touchdowns. A 63-yard Caviness-to-Calvin Jones TD in the third upped the score to 20-6. Then things fell apart. Held to 77 rushing yards in the first half, the Rockets gained 250 in the final 24 minutes, posting 21 unanswered points along the way.

“The Tigers played the entire second half without all-purpose athlete Cinque Moody who broke a finger and may be out for the season,” noted Chronicle Sports Editor Cindy Fairfield.

“When Cinque got hurt, it took a lot from the team,” said Caviness, recalling the injury. “He was a catalyst. It seemed like we didn’t have anybody to take his place. We let Puffer come back. That’s when Demarko Hill rushed for 200-and some yards. In the first half, Cinque was stopping Demarko. (But) when Cinque got hurt, it seemed they got momentum…”

Played before 2,500 fans at Philips Field in the Heights, the Tigers scored late in the fourth to pull within a point, but Puffer’s Stacy Starr put a stop to the heroics, extinguishing a 2-point conversion attempt. The Rockets then ran out the clock for the win.

Metcalf’s crew beat Spring Lake in Week 6, but suffered a surprising Homecoming loss to Ludington the next. Things didn’t look much better in Week 8 as they trailed favored Orchard View, 14-0, midway through the first half. John Shillito’s Cardinals, 5-2 on the year and fighting for a spot in the postseason, had completely stuffed the Heights’ running game. Without Moody, OV held the Tigers to a meager 17 rushing yards on 20 attempts on the night.

So, Heights was forced to the air. Caviness completed a 47-yard pass to Jones setting up their first touchdown before the half. Mark Johnson tied the game on a 1-yard run in the third. Maurice Sain led the Heights with 70 yards receiving, but it was a 22-yard scoring pass on a five-and-out to Deitrice Murdaugh in the final frame that allowed the Heights to escape OV with a 20-14 win.

Suddenly, the Tigers were playoff contenders, with Moody scheduled to return for the season finale.

“When we played Catholic, it was a rivalry,” remembered Moody. The Tigers and Crusaders had faced one another each season from 1955 to 1964, before the game disappeared from schedules. The crosstown showdown was resurrected in 1988, and victories were split evenly over the following four contests. “We didn’t want to lose to Catholic because some of our kids from the Heights ended up going to school over there.”

Catholic had won both the 1990 and 1991 MHSAA Class C championships and needed a win versus the Tigers to keep slim hopes alive for a run at a third-straight title. In pregame coverage for that Saturday afternoon contest at Kehren Stadium, Crusader Coach Mike Holmes expressed concern with stopping Caviness.

“He’s the best quarterback we faced all year. We have to stop the big play.”

A 46-yard touchdown toss to Jones opened the Heights scoring. Moody added a pair of short TD runs, giving the Heights an 18-14 halftime lead. A 74-yard scoring strike from Caviness to Moody midway through the fourth upped it to 24-14, silencing Crusader fans. Momentum shifted when Catholic scored with 2:11 remaining, and then recovered the ensuing on-side kick. But a Crusader pass, tipped by Sain (currently the Chief of Police in Muskegon Heights) and picked off by Jermain Poindexter with 17 seconds left ended hope. With the win, the Tigers edged OV for a spot in the Class B playoffs and the team hit the road the following Saturday for another game, this one some 60 miles away.

At Belding High School, Tiger players and fans were greeted by a running sprinkler system, watering a football field that had not been mowed and was made muddy with a week’s worth of practice by the Redskins.

Designed to slow the Heights, the host aimed to take full advantage of playing at home. “We don’t have the kind of back who can break a 75-yard run,” Belding coach Irv Sigler told The Chronicle. Belding ran the deceptive Wing-T offense to perfection and were absolute masters at hiding the football against their black jerseys and orange pants.

It worked, at least to a degree. According to Chronicle coverage, Belding outrushed Heights, 287 to 246 that afternoon, and matched the Tigers yard-for-yard through the air. Caviness was under constant pressure, threw three interceptions, and connected on only three of 11 tosses for just 41 yards. However, one pass, a 25-yard TD throw to a wide-open Moody in the corner of the end zone early in the fourth quarter gave the Tigers a 22-19 edge. The score held late into the game. Moody had also scored both earlier touchdowns, one from 54 yards out where he slashed his way across the muddy midfield, then down the right sideline.

Still, with under a minute to play, Belding had possession and a shot to win.

“We made sure we tackled everybody,” said Moody. “I remember I told people on the team, ‘If you see somebody’s grandmother sneaking to the bathroom, you gotta tackle her too,” he added, laughing. “She might get the ball.’”

A huge fourth-down stop by senior Karriem Watson sealed the Heights victory before around 4,000 fans.

“I remember away games, looking into the stands and seeing our community show up for us,” said Watson from Chicago, now a research scientist and chief engagement officer with the National Institute of Health’s All of Us Research Program.

Three Seaway Conference teams advanced to the state semifinals the following week as Puffer, Fruitport, and the Heights all won their regional final contests. Johnson and Sain scored TDs for the Heights in a 12-6 win over Byron Center before a crowd of 6,000. Another fourth-down stop, this one by Jones in the fading seconds of the fourth quarter, 6 yards shy of the end zone, secured the win, sending the team to the U.P. for a battle with Kingsford at the Superior Dome in Marquette. 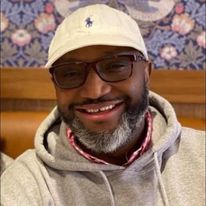 That trip, a 12-0 loss, was the end of the run. The pride and the pain are still palatable in the voices of both Moody and Caviness, nearly 30 years later. 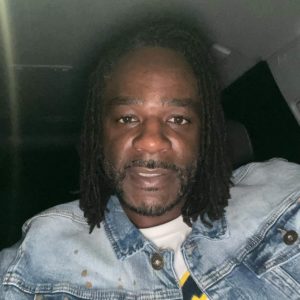 The Flivvers, playing in their third straight MHSAA semifinal, had been to the Silverdome for the state finals in 1990, and were just 60 miles from home.

In both players’ eyes, that helped their opponent.

“We stayed in a hotel,” recalled Moody. “We stayed out pretty late. This was the farthest we had ever gone.”

It was a new experience, not just for the players, but for the coaching staff as well.

“All that played a role in our focus,” said Caviness, discussing things he’s thought about ever since. “A coach that’s never been there doesn’t know how to tell a team to go to sleep, to prepare for the biggest game of our lives.”

Kingsford shut down the big-play ability of the Heights with regular blitzes, a strong secondary, and double coverage of Moody.

“They did a good job of keeping pressure on me all game,” Caviness told The Chronicle. “They never gave me a chance to set up and throw the ball all day.”

“They put us out of the playoffs,” stated Moody, flatly. “They were tough. People said we made it to the ‘Dome,’ but that wasn’t the ‘Dome’ we were looking to make.”

Still, all cherish the experience.

“It’s good every now and then to go down memory lane,” says Caviness, obviously enjoying the walk.

“I have fond memories of the friendships formed and the life lessons learned from having teammates who became lifelong friends,” adds Watson.

Moody gets to share a common experience with his son, Dahaviel, who plays for Grand Rapids Christian. The Eagles recently eliminated the Tigers’ old conference foe, Spring Lake, from the current postseason. Sharing the experience with immediate family is new for Cinque, as his mother passed away when he was in the fifth grade, then he lost his father before his senior year.

Caviness’ father – the man he was named after – was in prison, and never saw him play.

He has strong words for today’s athletes.

“I feel that kids have better opportunities today. Now kids have a path to make it to any type of college they want to (attend). We’ve got a good crop of talent coming out of Muskegon, and the doors are open to let them do anything they want in life. It’s about having the opportunity to go to school, getting your school paid for, scholarship-wise, and to better yourself in life.

He doesn’t want them to waste it.

“Make sure you’re working academically and take advantage … We didn’t have this when (we) were growing up.” 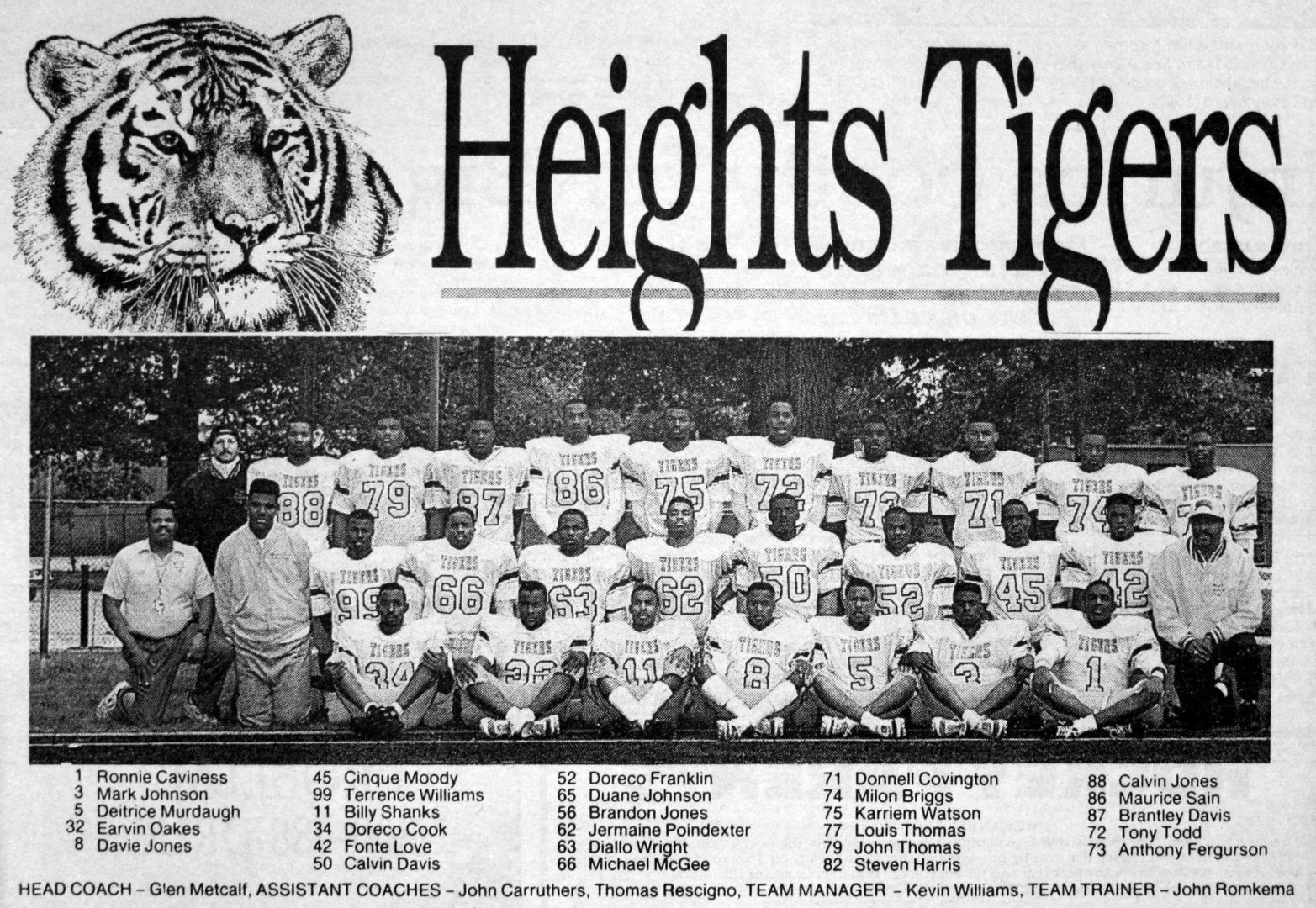