Starting on the right foot is not easy to do when trying to win a regional volleyball title. 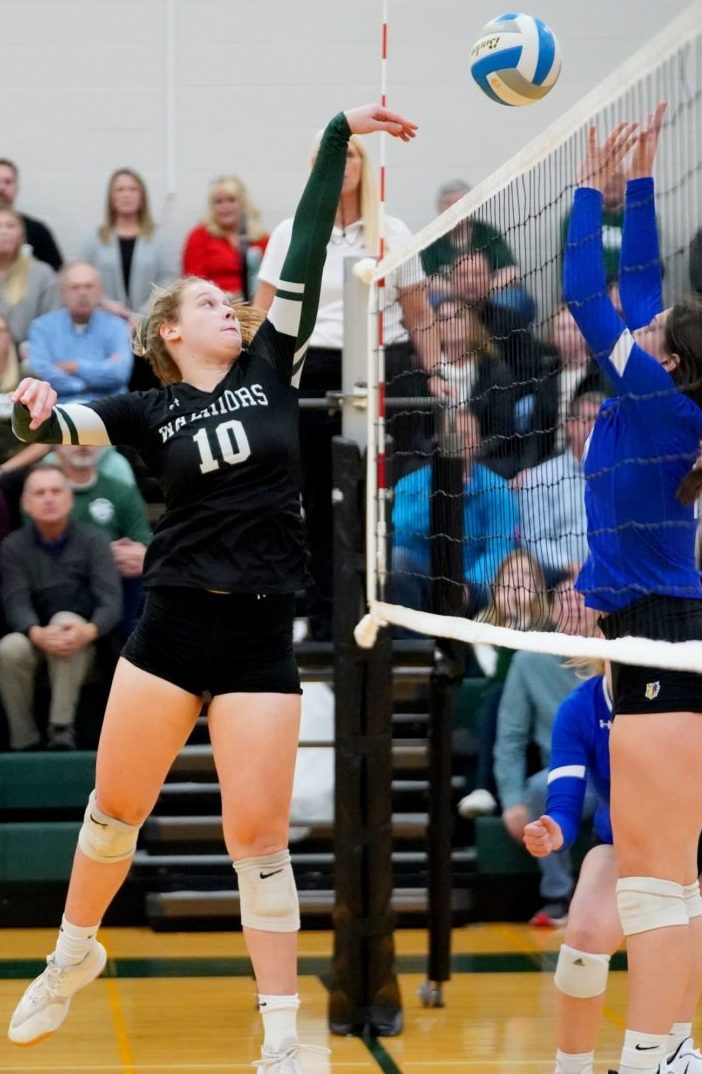 WMC’s Libby Mast goes for a kill at the net. Photo/Leo Valdez

The deeper a team gets into the MHSAA state tournament, the better the competition.

Western Michigan Christian did not let a scary opening set stop it from capturing the Division 3 regional title on its home turf on Thursday.

The Warriors topped Grand Rapids NorthPointe Christian 3-1, but from the looks of the start of the match, the title looked anything but secure.

WMC captured the first point of the match on a play from senior power hitter, Kyla Wiersema. Infact, Wiersema tallied the Warriors’ first three points. But soon after, the Warriors started to see a deficit.

NorthPointe Christian, led by junior hitter Cathryn Haven, built a 19-10 lead off of Haven’s tough net play and WMC was on its heels gasping for air.

“I talked to them about halfway through it and I said ‘let’s push them over the net and block them a ton’, and then once we started pushing it over, then we had a comeback,” said WMC Coach Trent Smillie who last captured a regional title with WMC in 2019. “They had such a big run at the beginning that we couldn’t come back from that.”

The Warriors did manage to score nine more points after the big deficit, but fell to the Mustangs in the first set, 25-19.

Those rally points were what WMC needed. Plus it was able to shut down Haven’s net attacks. 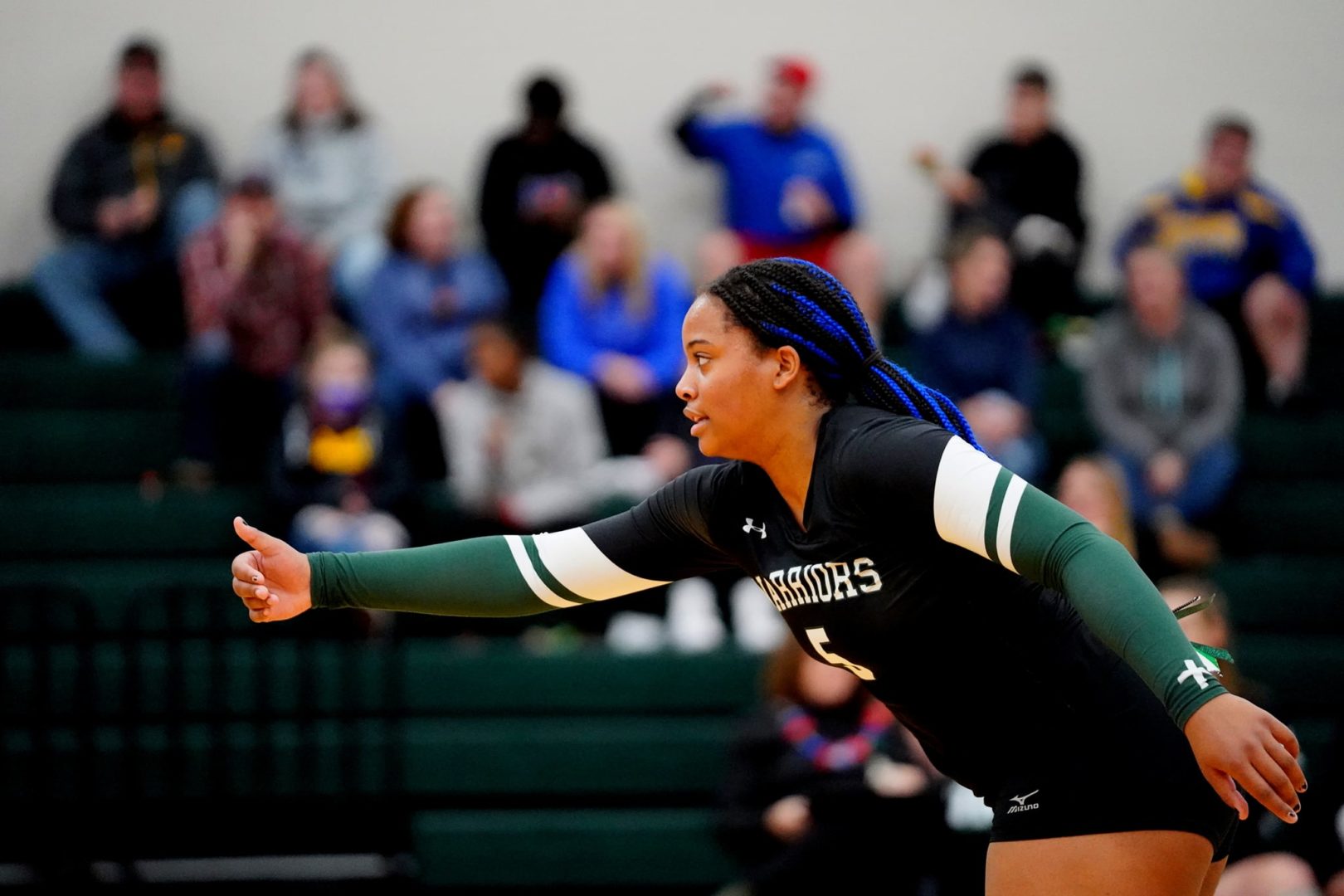 Warrior setter Kendal Young gives a thumbs up after her team earned a point. Photo/Leo Valdez

“She’s a good hitter,” said Smillie about Haven’s kills in the opening set. “But we sent Maddie Wiersema after her.”

Of the nine points WMC scored before the end of the first set, three came off of blocks on Haven’s attacks. Maddie Wiersema was a big part of that intimidation.

The Warriors came out much more in tune for the second set, building a 9-4 lead off inspiring play from Kyla Wiersema who scored five of WMC’s nine first points off kills and a block.

Warrior senior Libby Mast also stepped up to give her team a 15-9 lead, getting points off a pair of kills and a block.

WMC was not ready to pull away though as NorthPointe rallied back to cut its deficit to 15-14.

Warrior freshman Abby Leffring stepped up getting a pair of kills on backside sets from junior Kendal Young and WMC led 20-14 and pulled away with a 25-18 win. 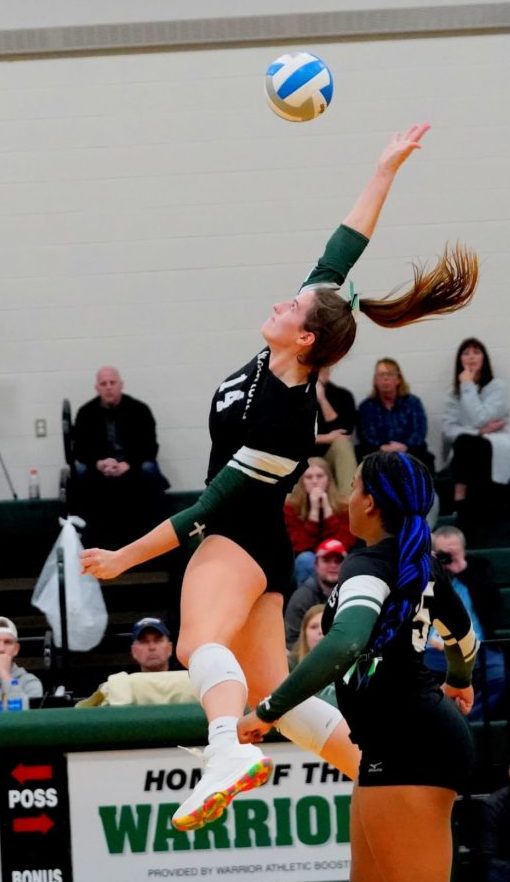 Kyla Wiersema goes for a kill for the Warriors while Kendal Young watches. Photo/Leo Valdez

Then came the third set.

“She’s a spitfire and energy that all the other girls draw off from,” said Smillie about Breuker’s play on the night. “She’s one of the smartest kids I have ever coached and she’s never played club volleyball and she’s doing better than all the other liberos can do it, nine months out of the year.”

Breuker put together a pair of aces in the 11-0 run while Maddie and Kyla Wiersema cleaned up at the net with Young setting them up.

“We were behind in the past two sets, so I was just thinking we’ve been in a hole and I need us to start strong in the beginning,” said Breuker about her serving during the 11-point Warrior run. “I am just so thankful for our team and having a team around me that every single person wants to work hard in practice and be the best for each other.”

WMC eventually went on to win the third set 25-10 and never lost control from that point on.

In the final game, the Warriors built a 15-7 lead off of massive net play from the Wiersema twins and Mast and also kills from the other freshman, Hannah Heiss.

“Our underclassmen are the key of our team this year,” said Breuker about Heiss and Leffring’s play in the win. “We’ve had a lot of the same returning girls except for those two freshman who have joined us and their attitudes are just amazing.”

The Warriors never looked back in the fourth set, walking away with a 25-15 win.

Heiss tallied the winning point and the celebration started soon after.

WMC’s win advances it to Tuesday’s Division 3 quarterfinals at Hamilton High School where it will face Watervliet at 7 p.m.

Check out more photos from the action shot by Leo Valdez. 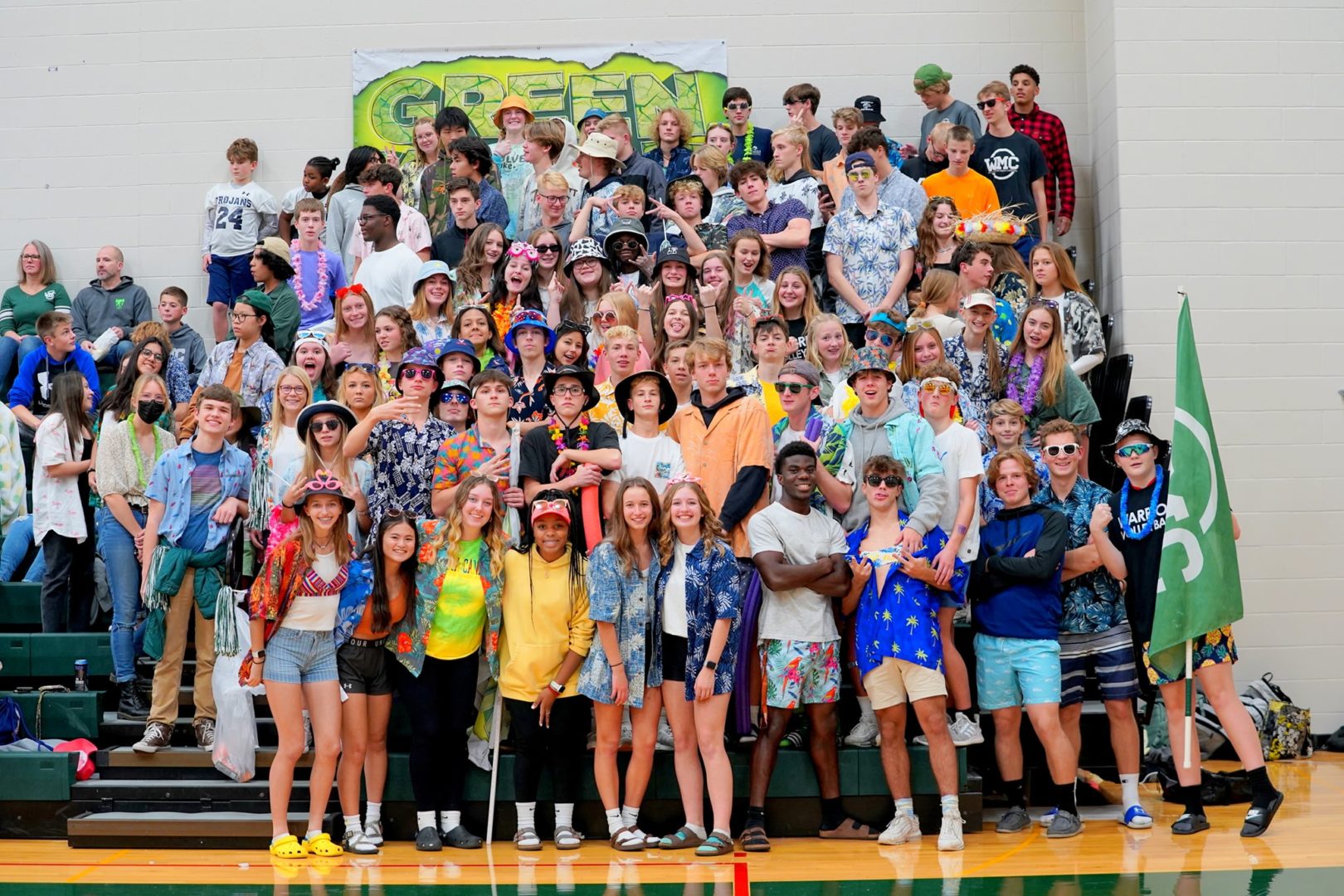 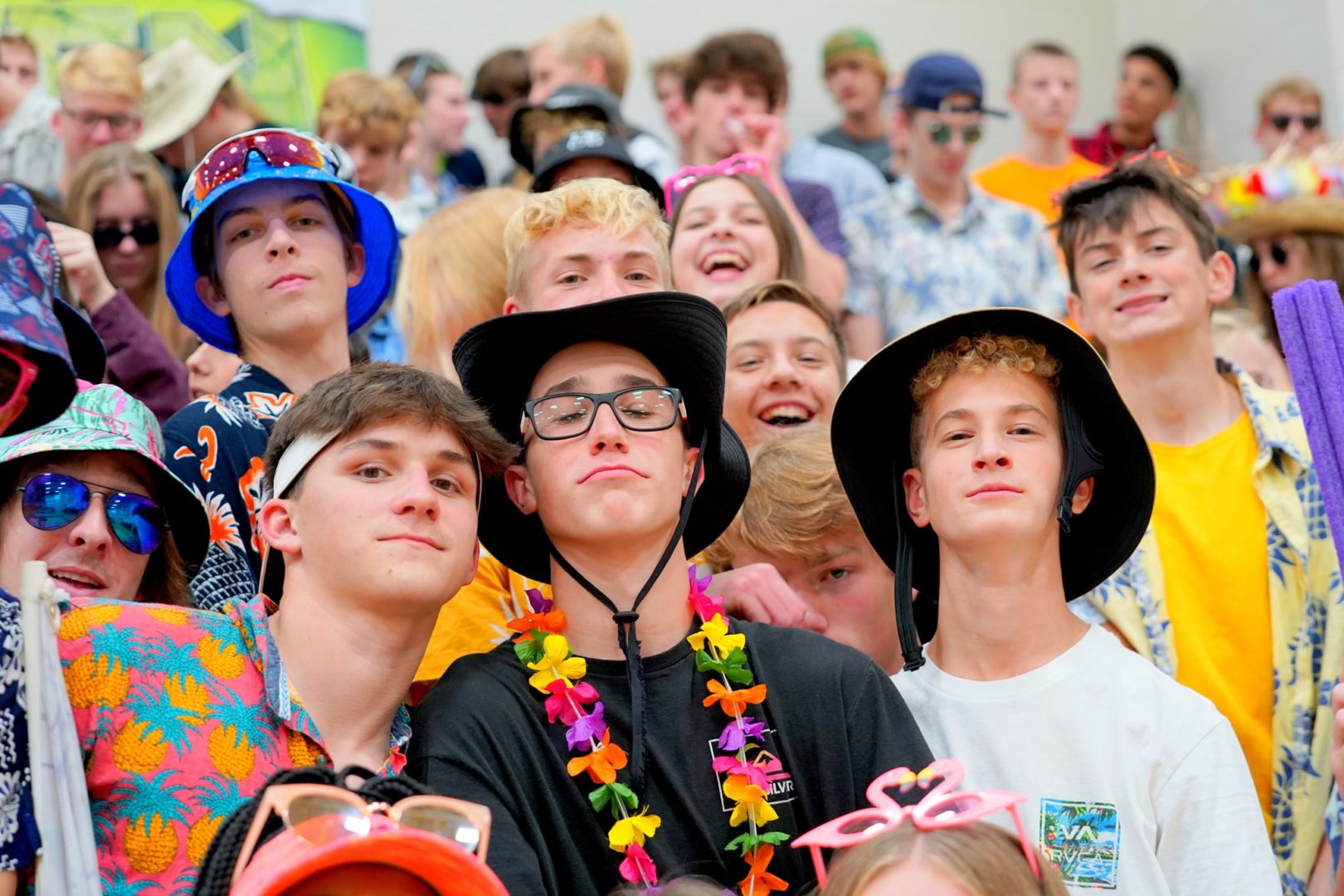 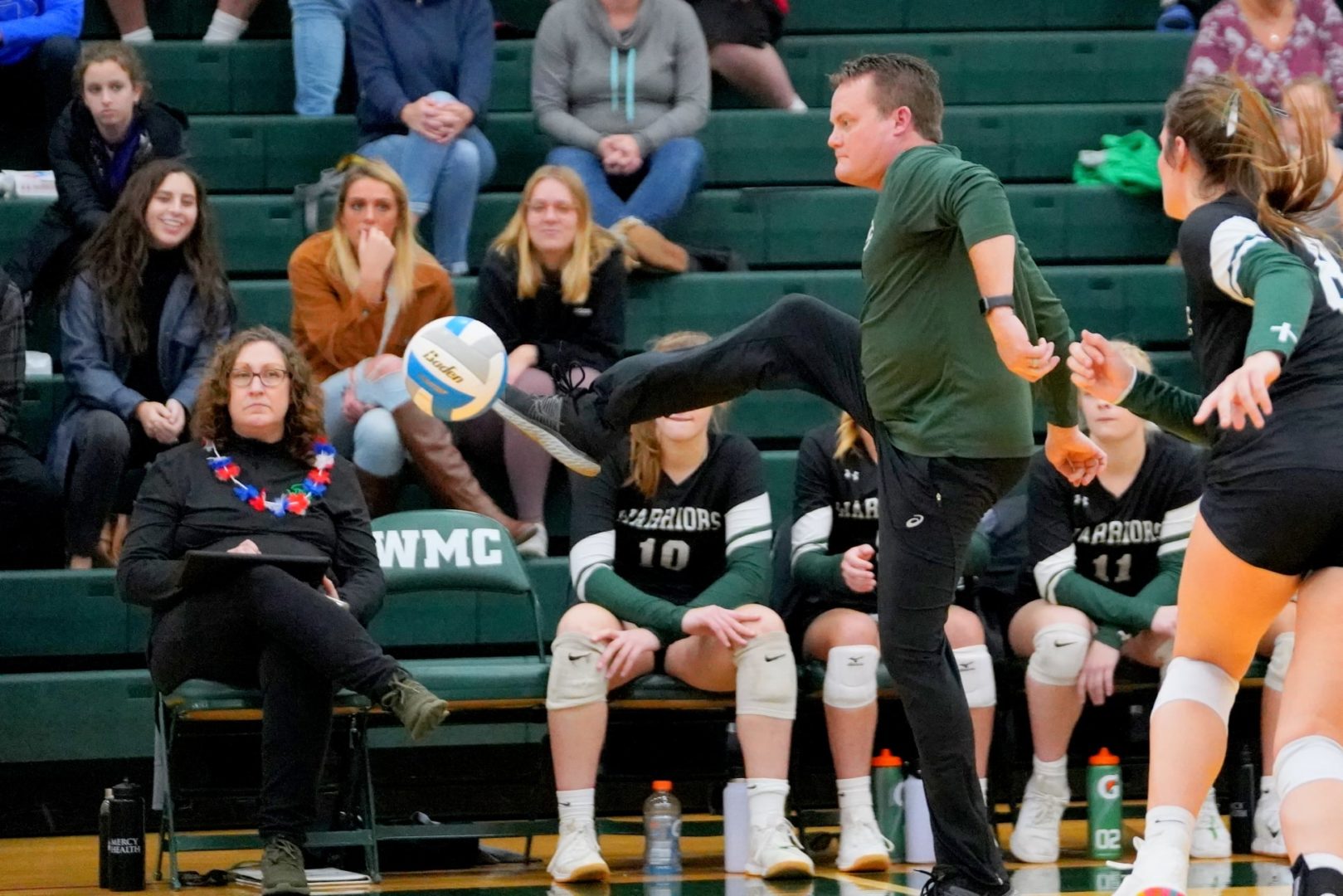 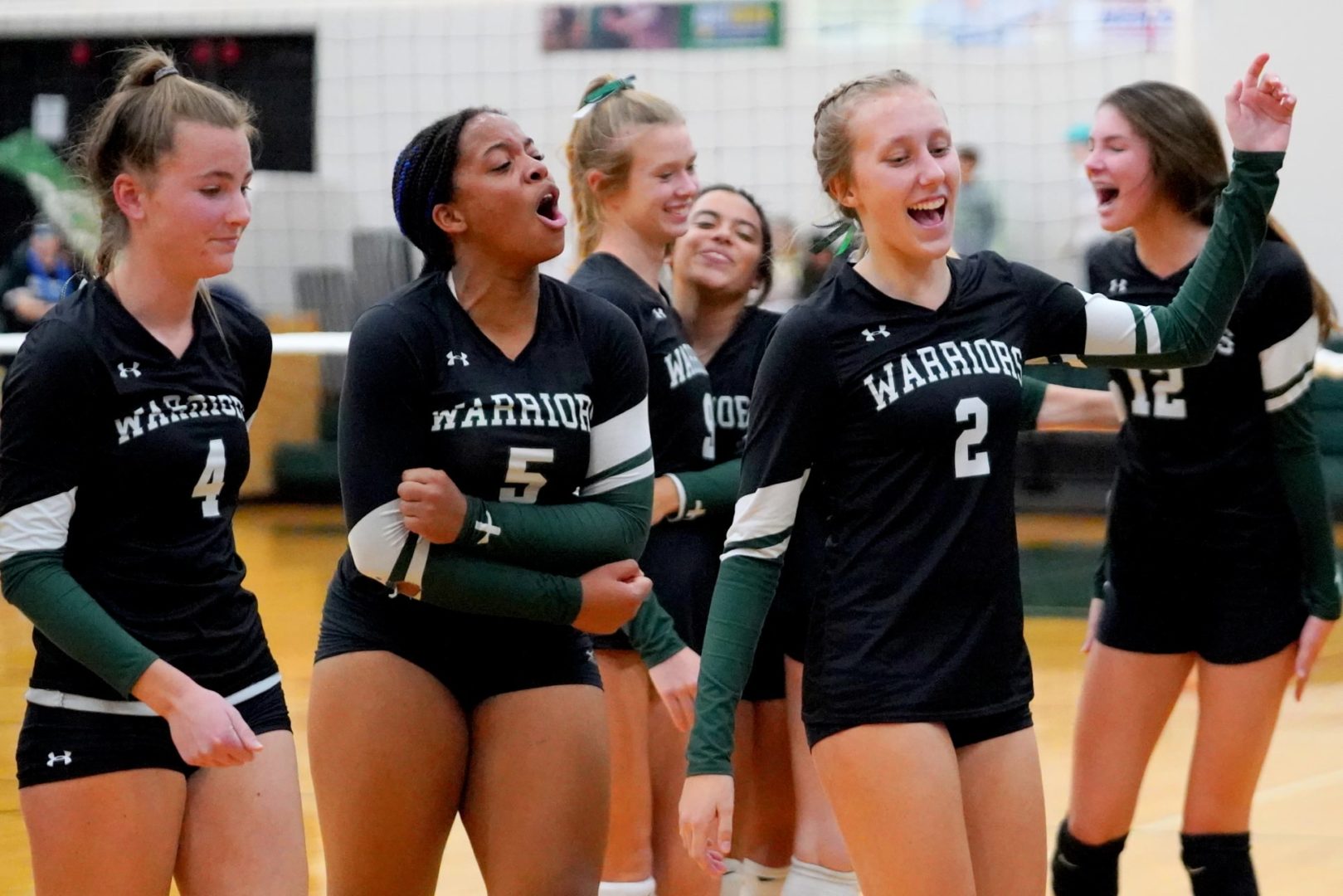 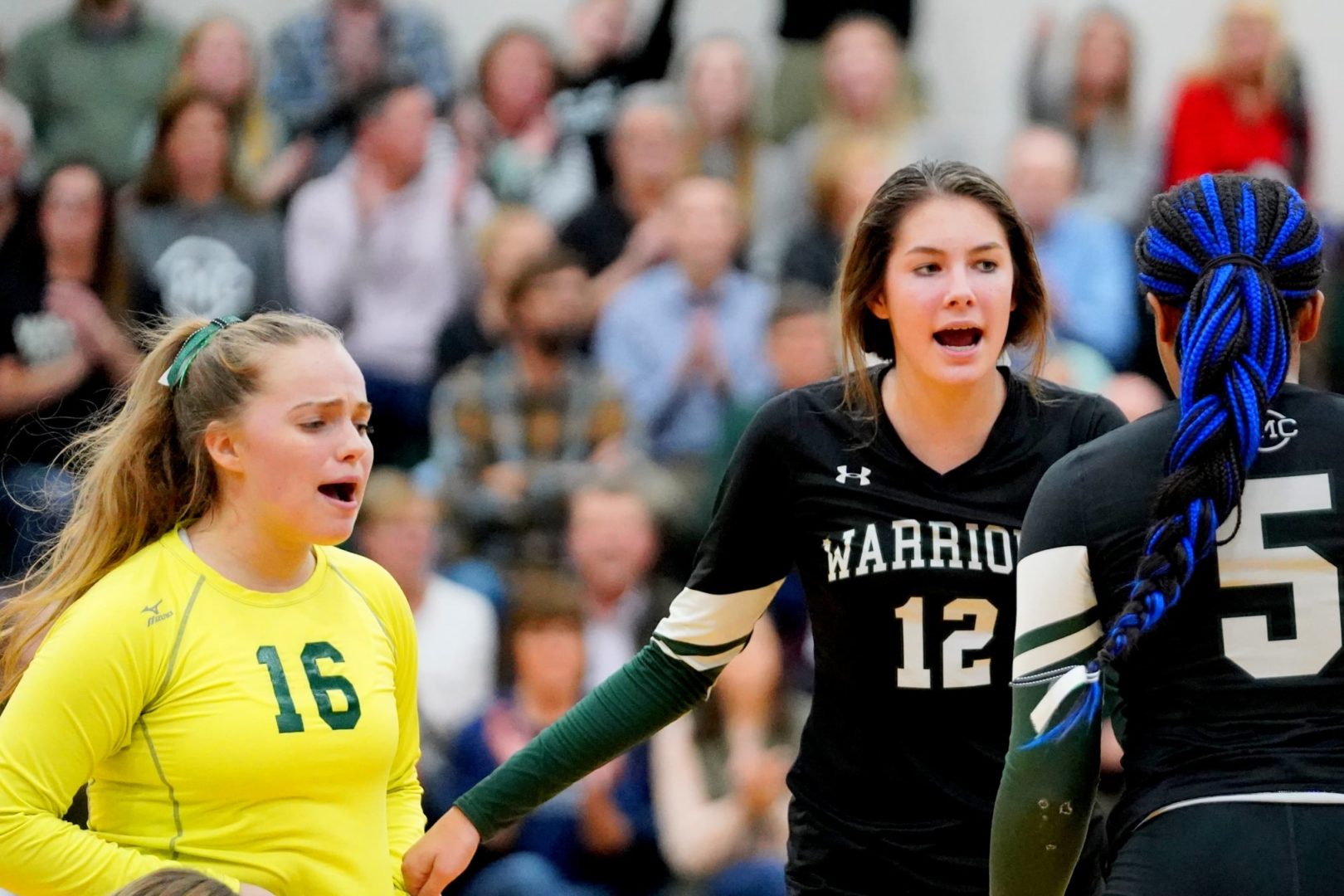 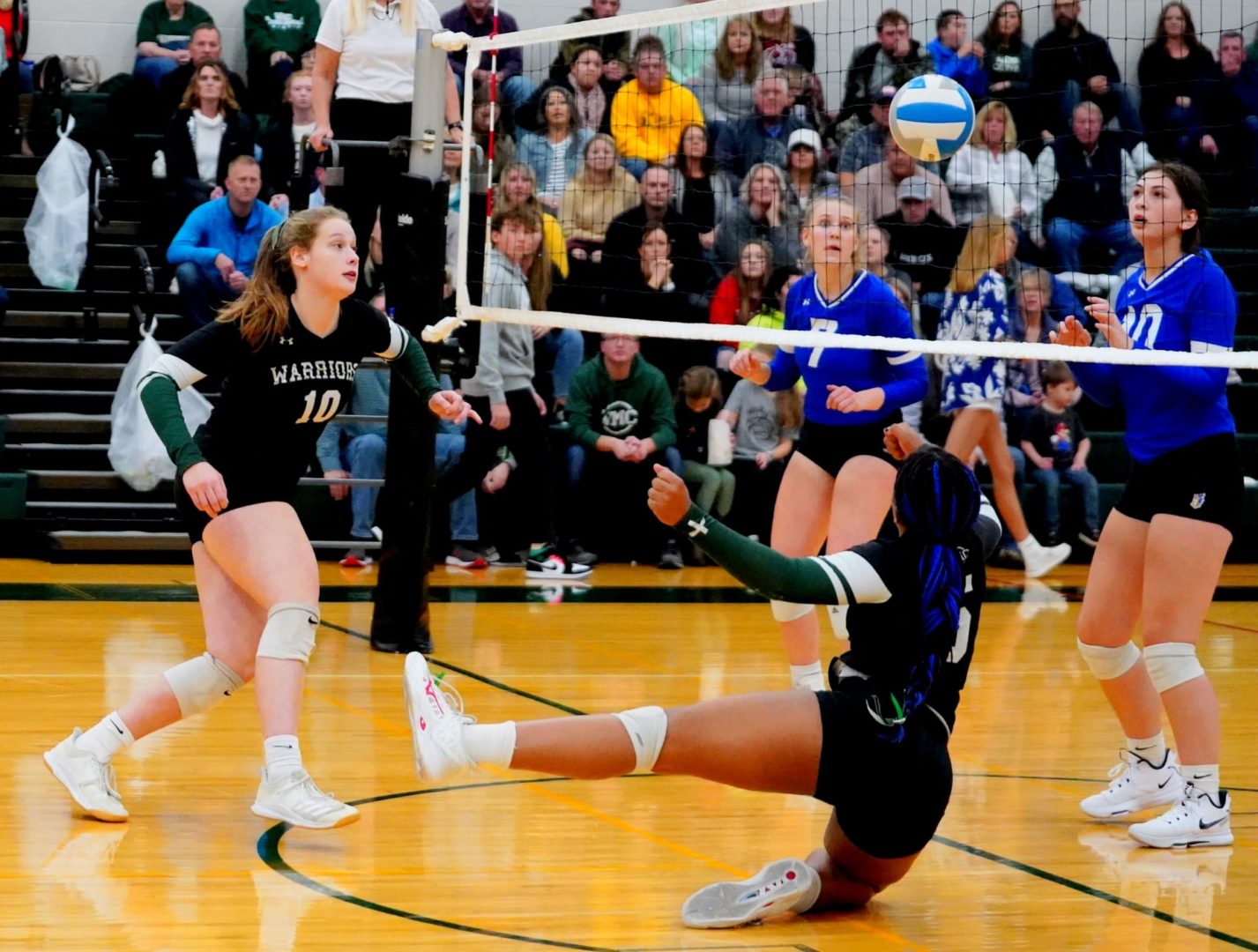 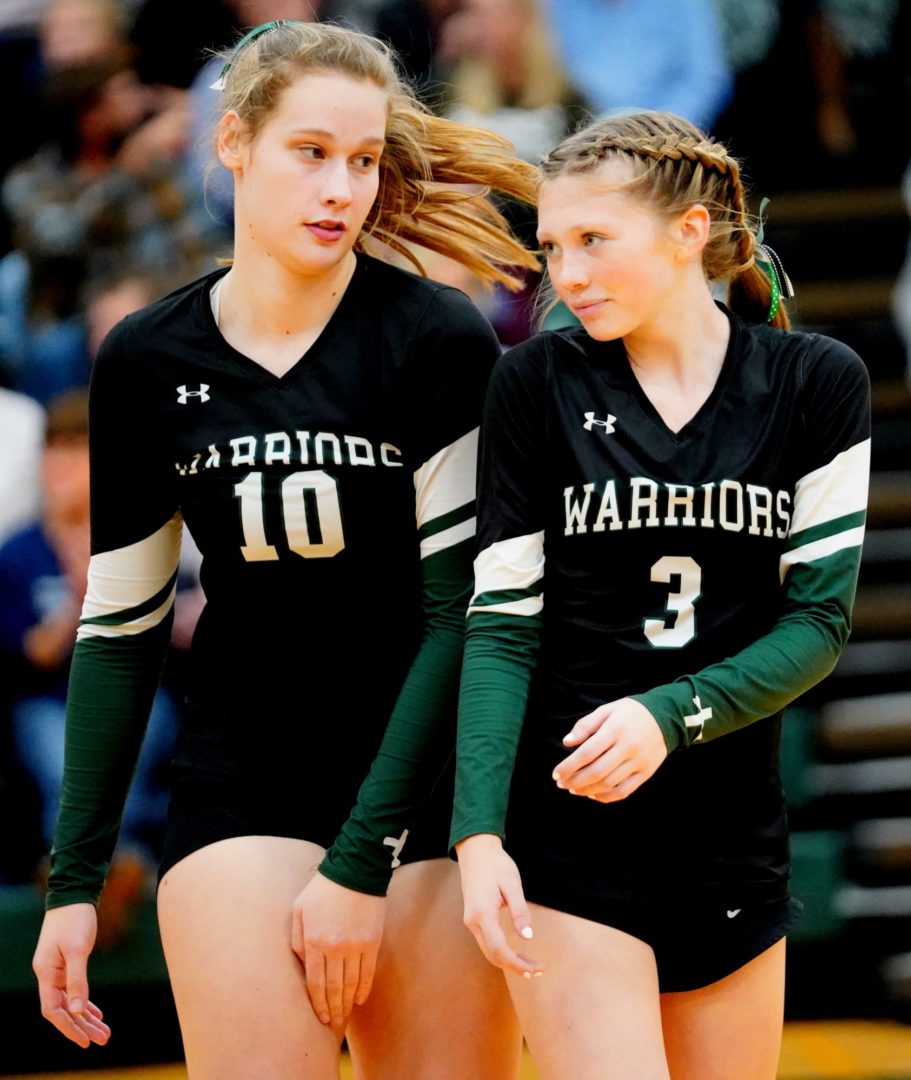 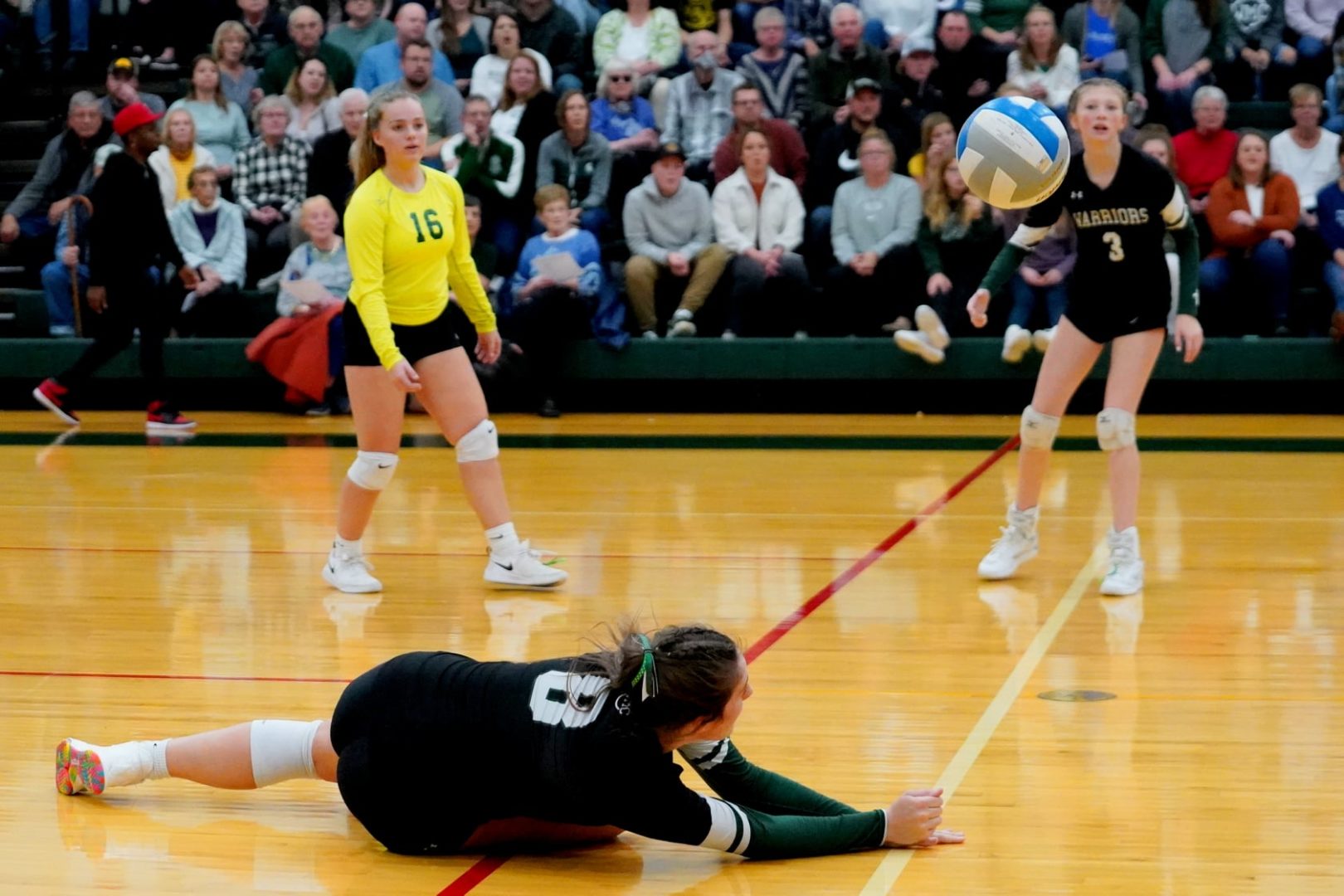 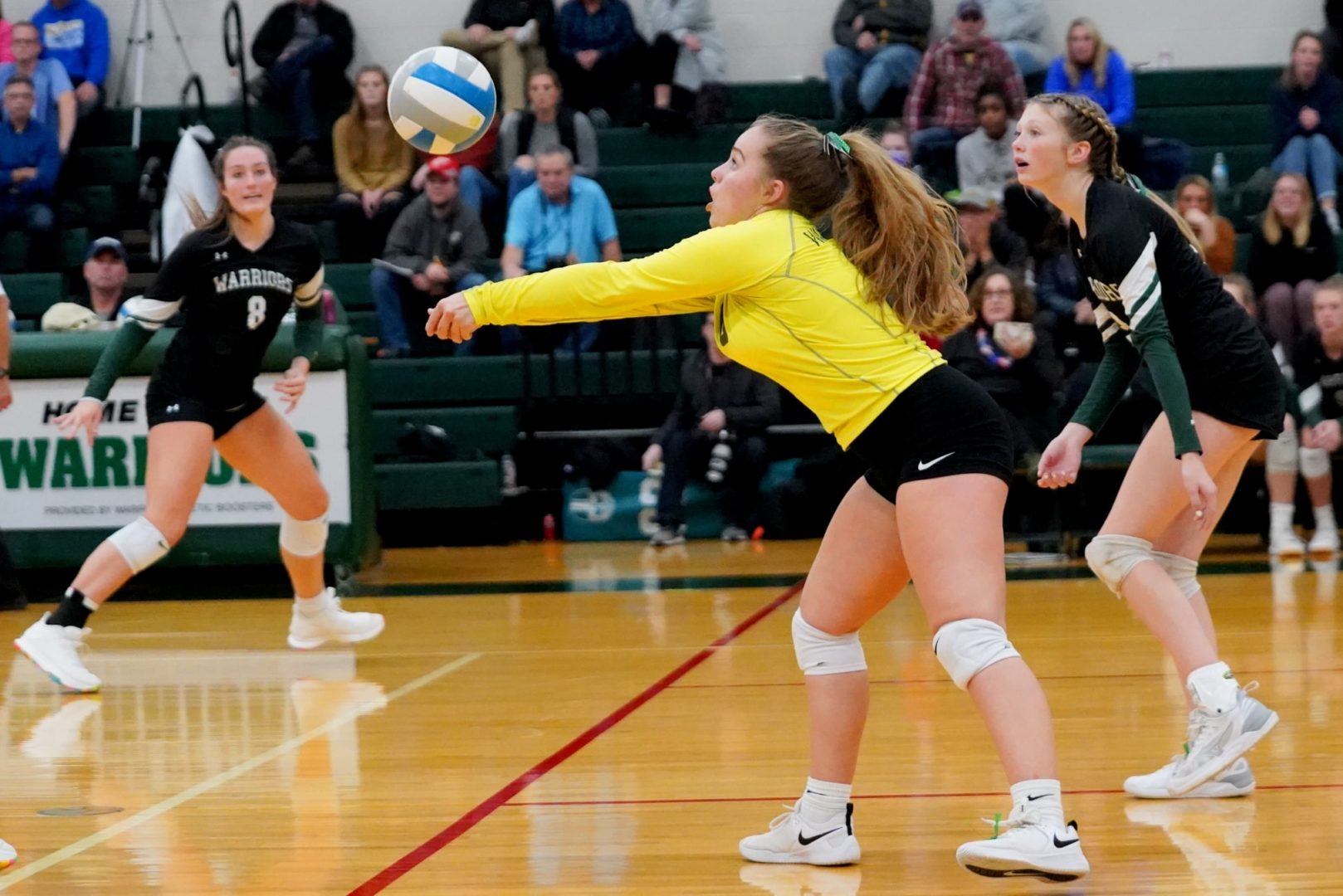 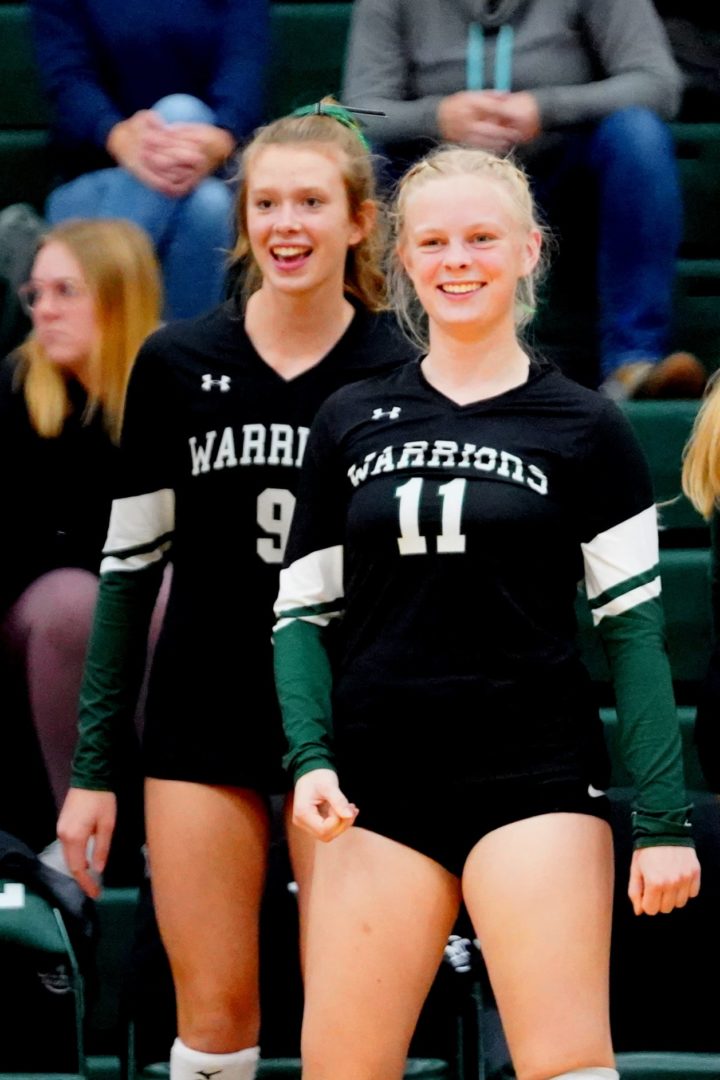 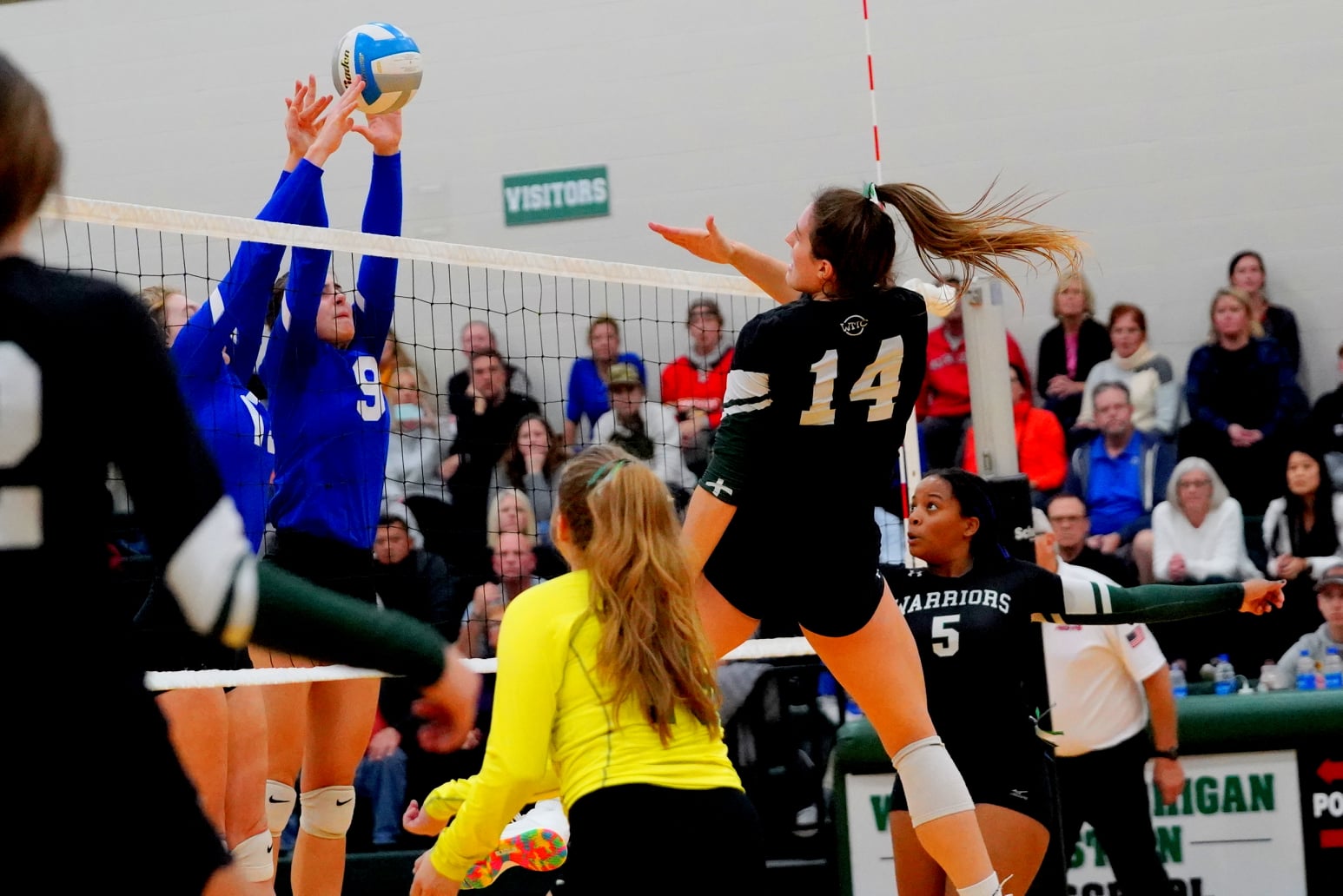 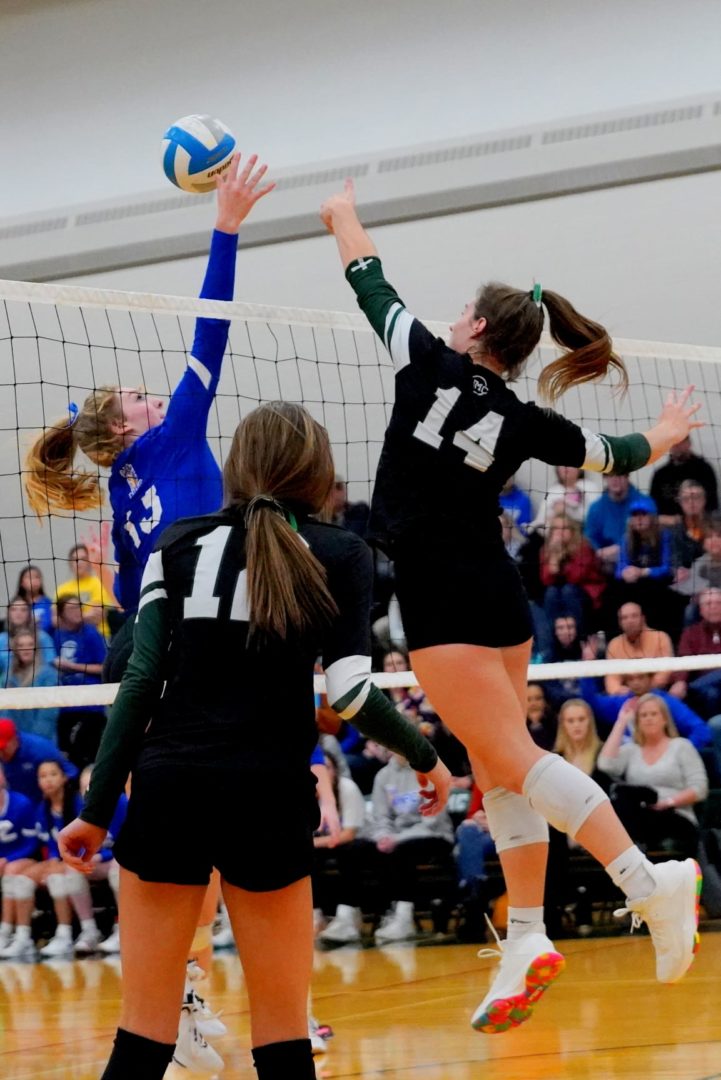 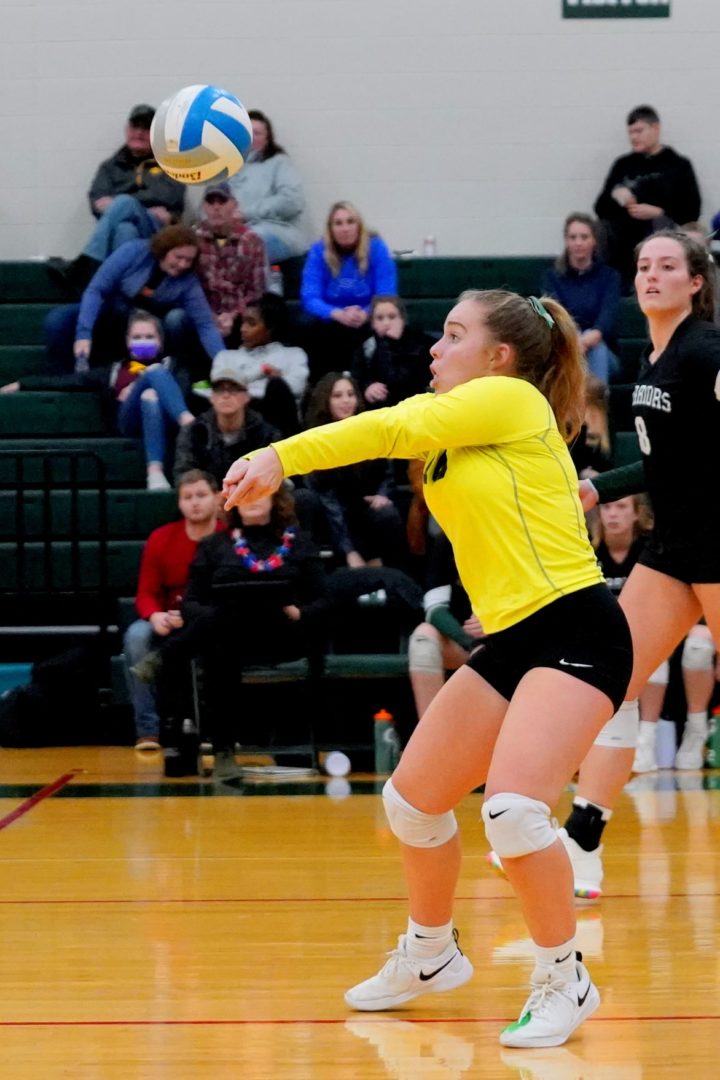 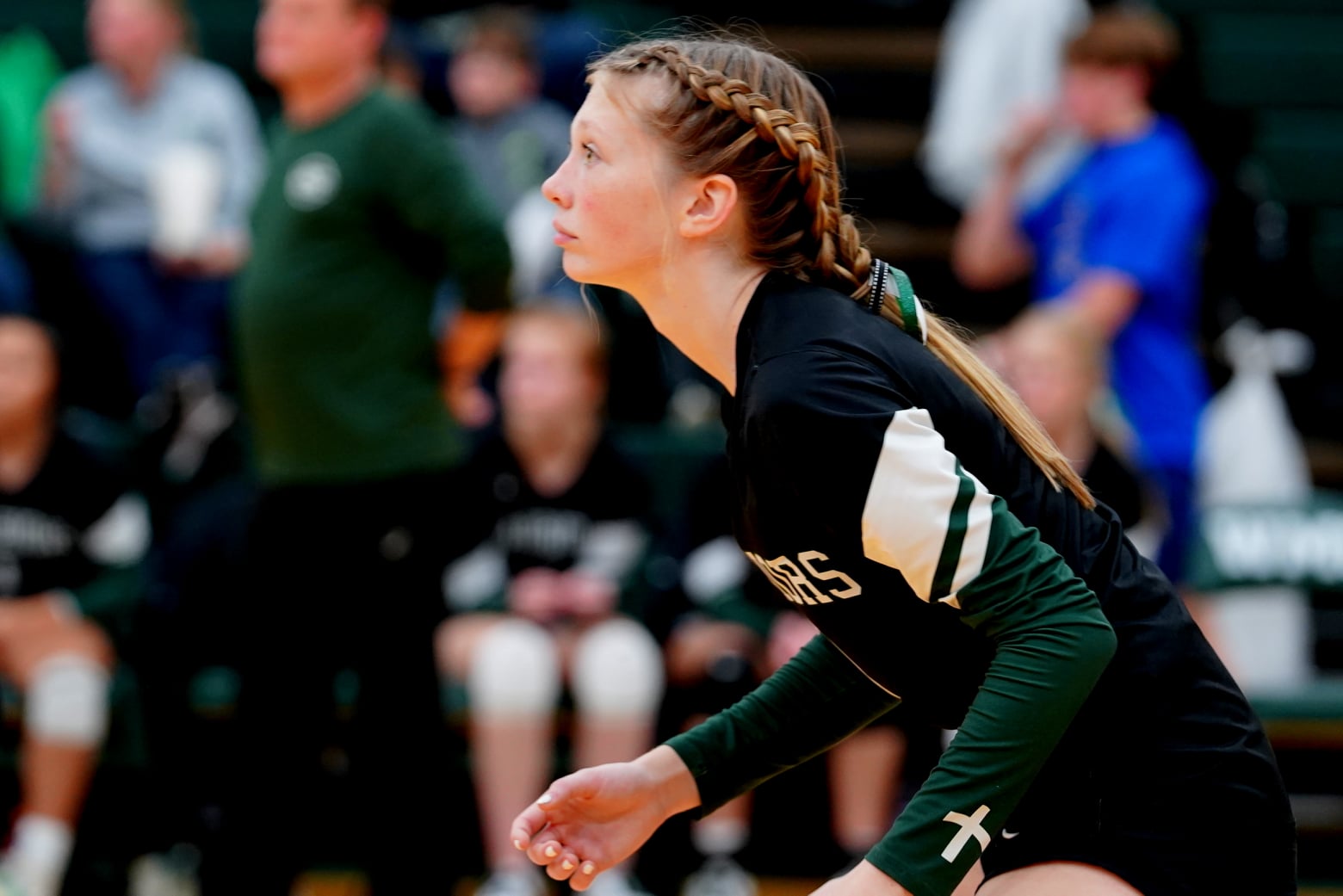 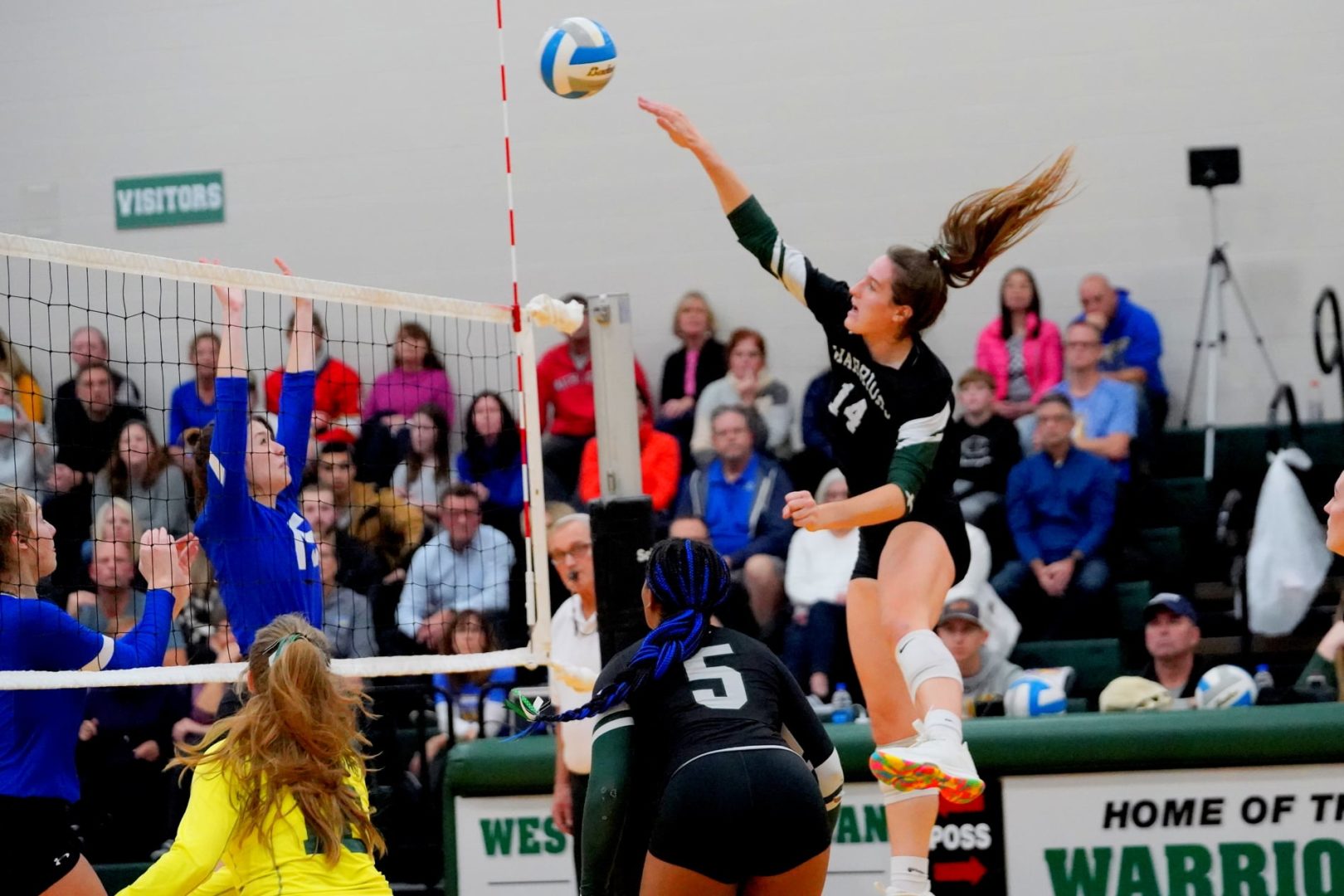 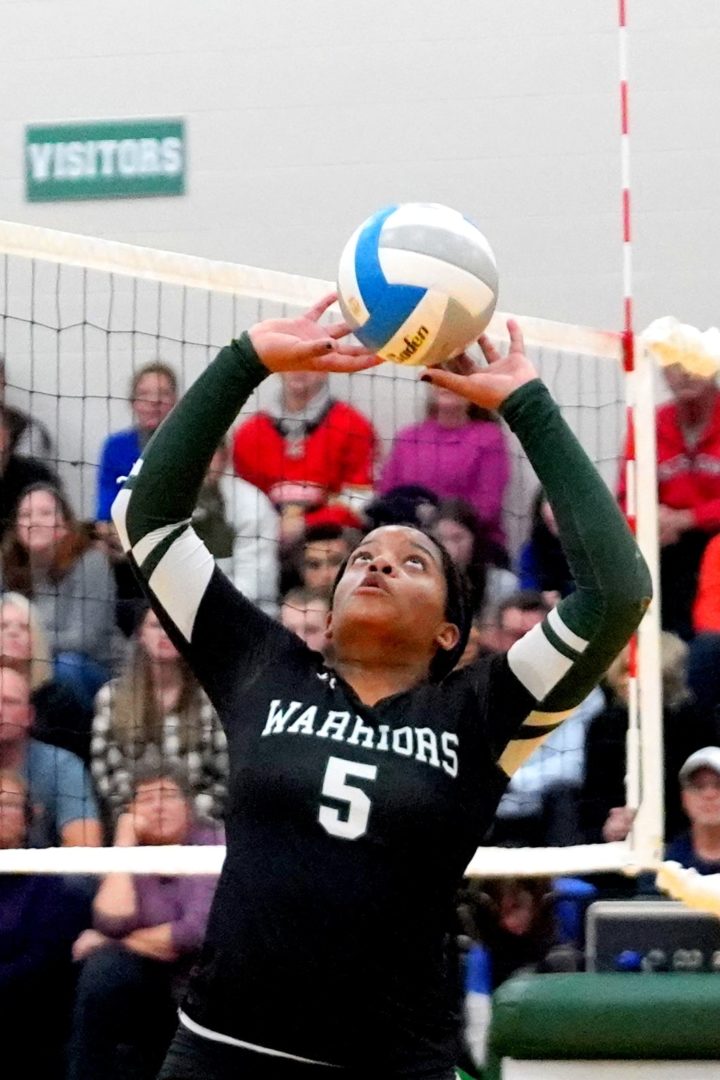 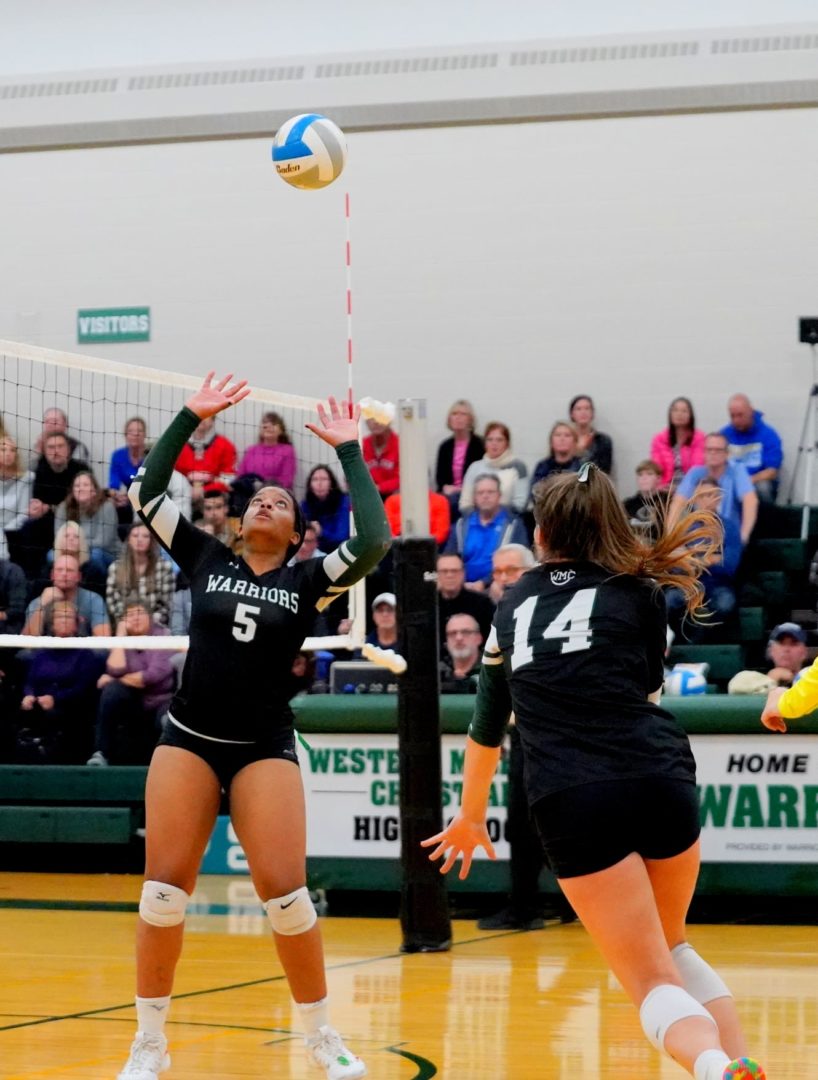 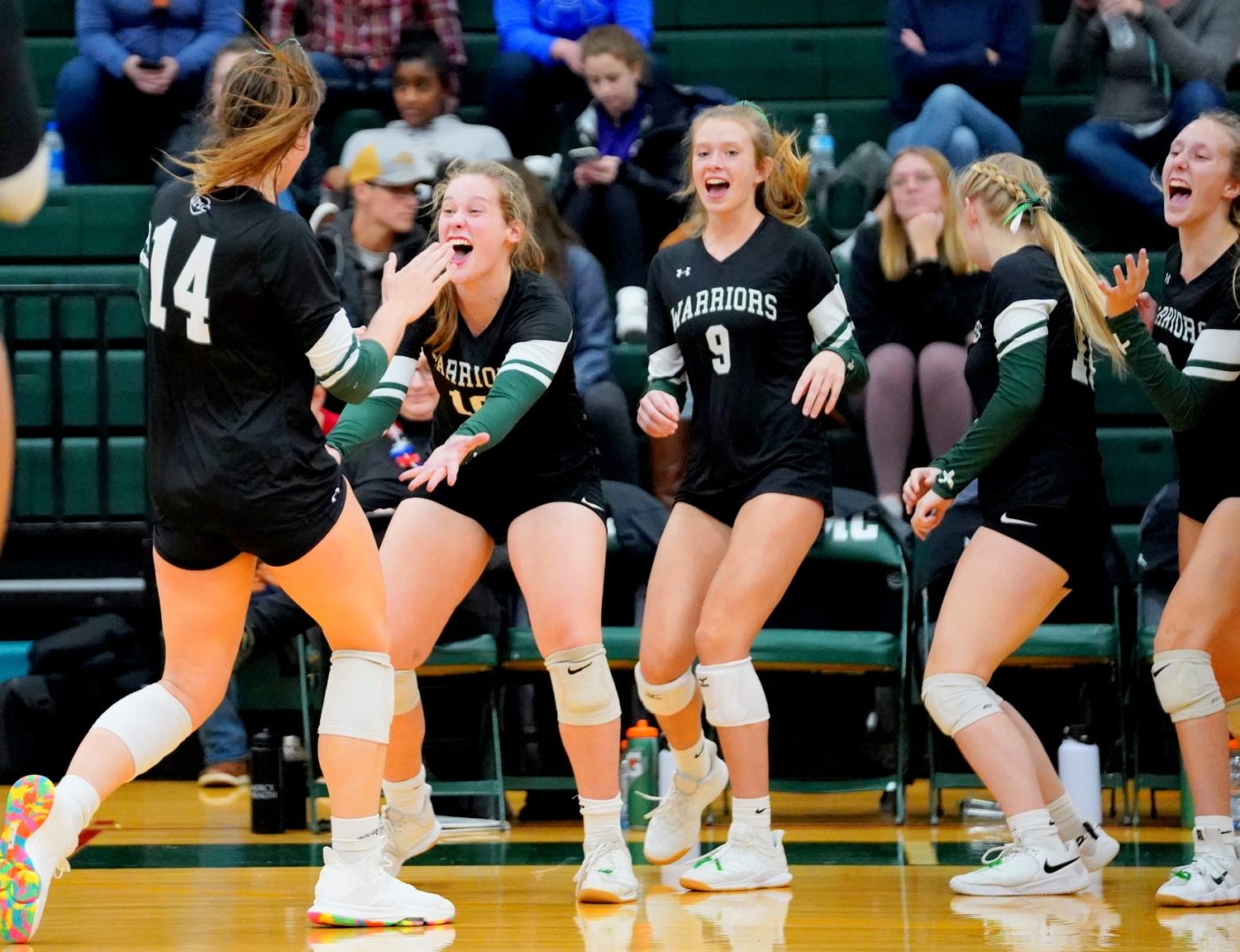 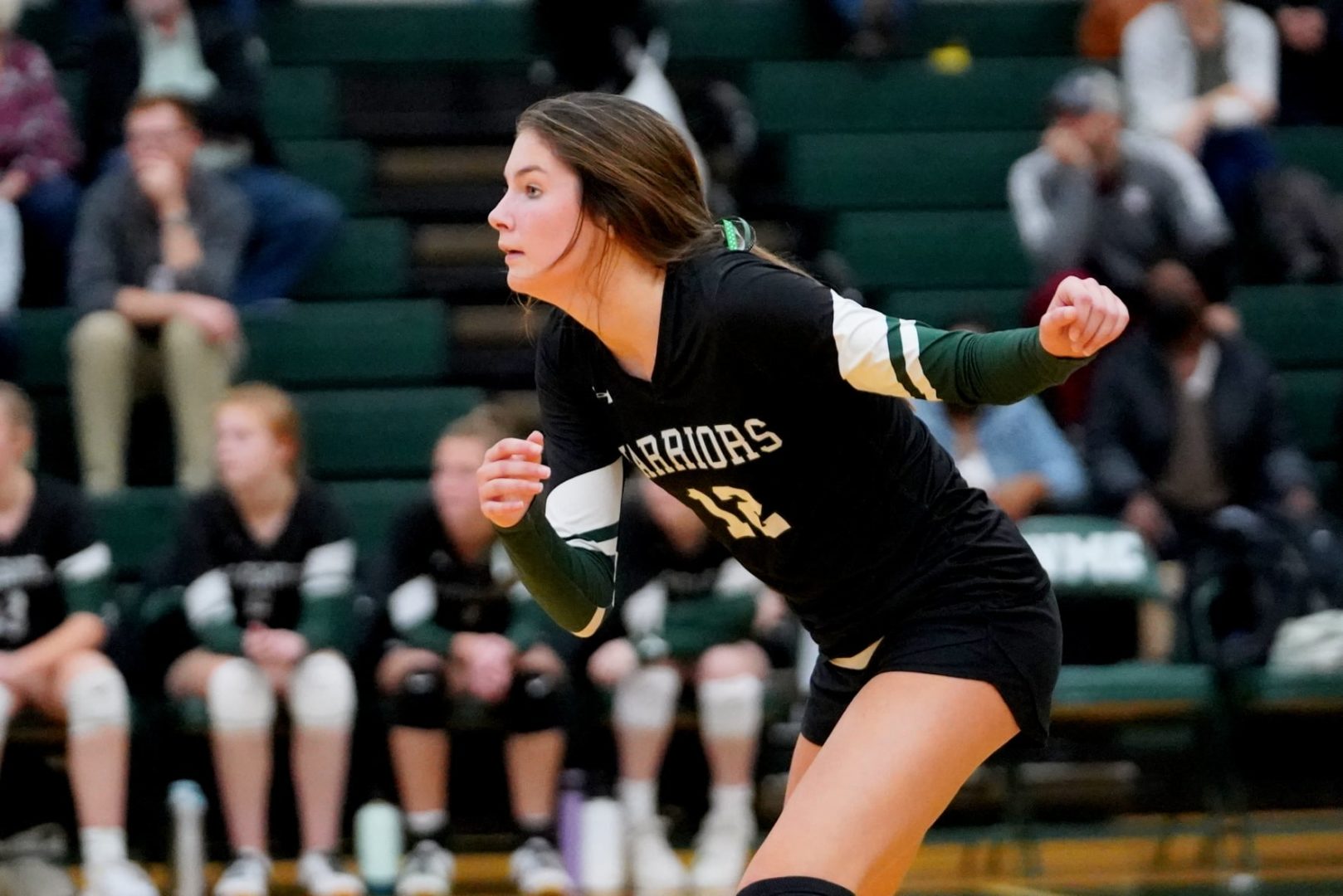 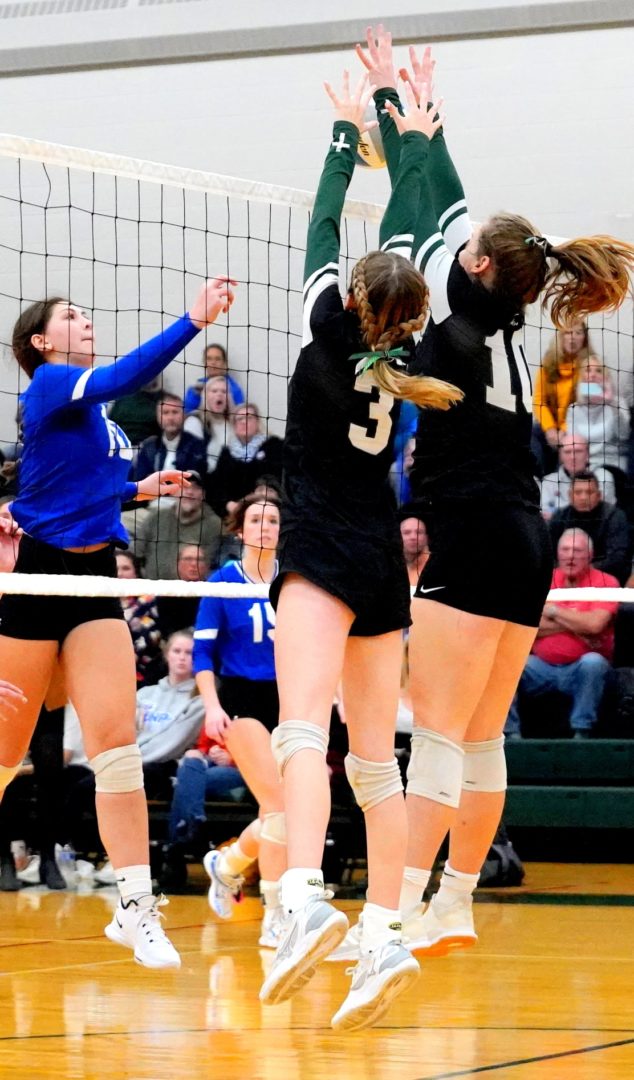 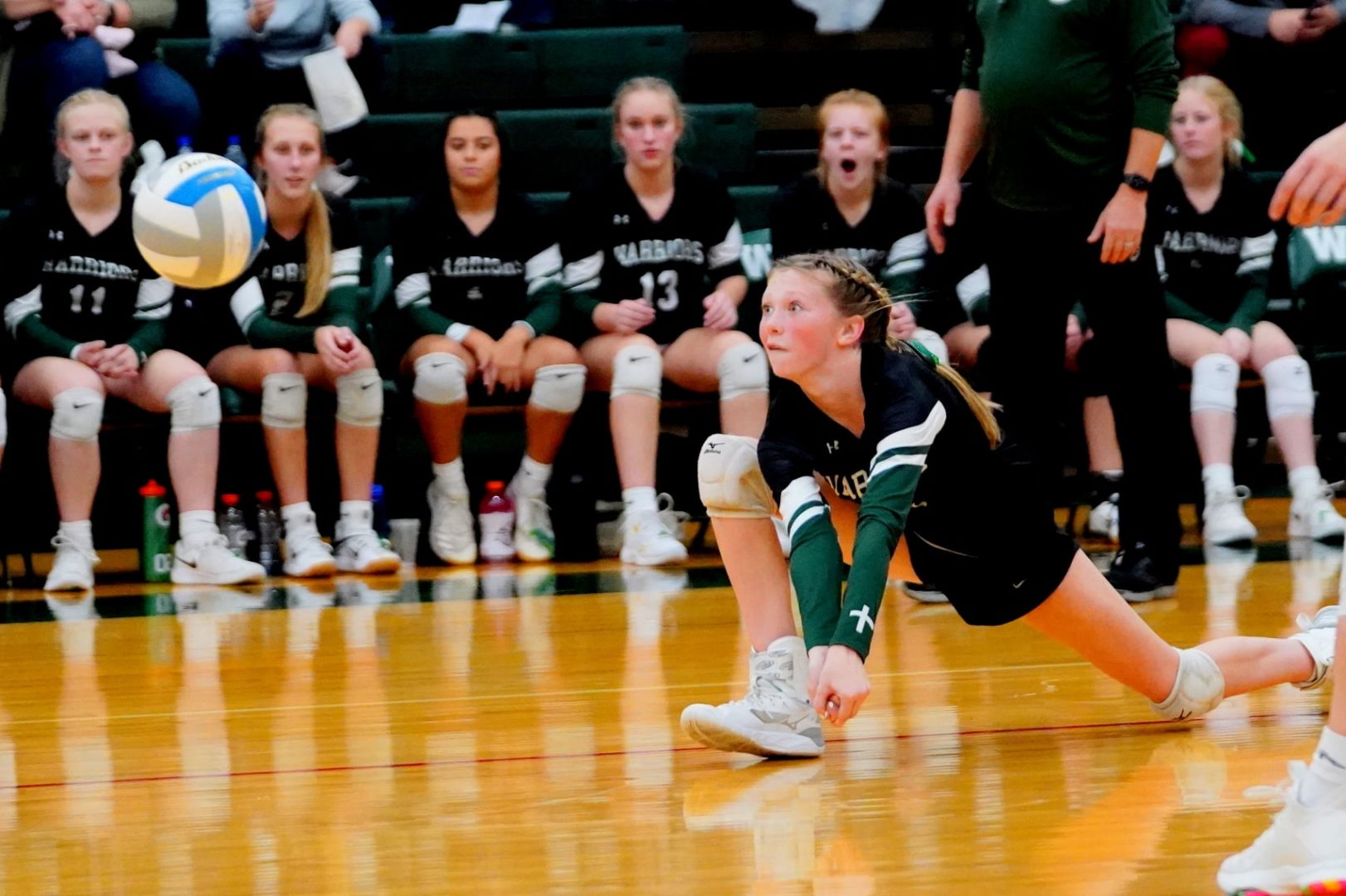 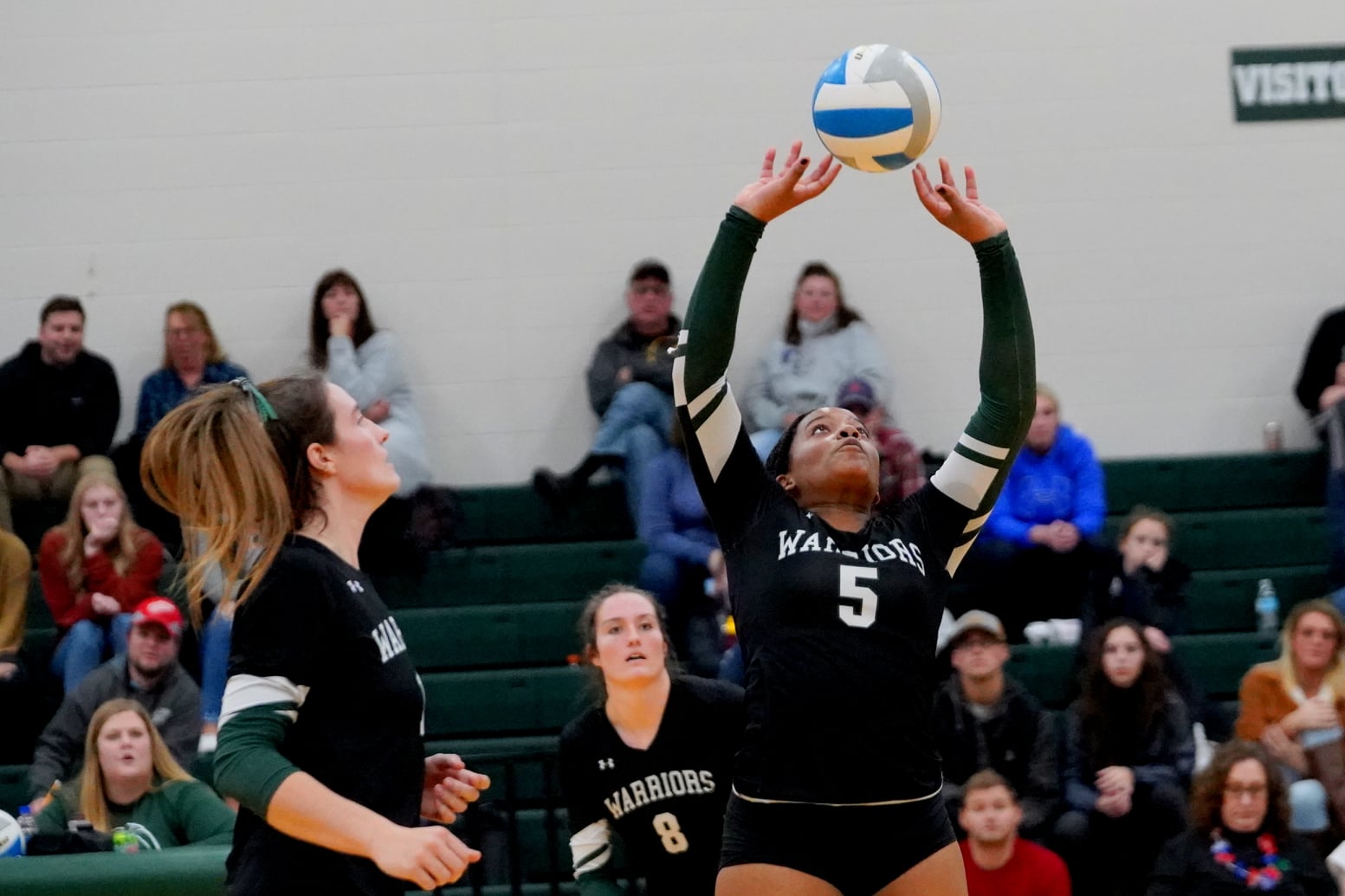 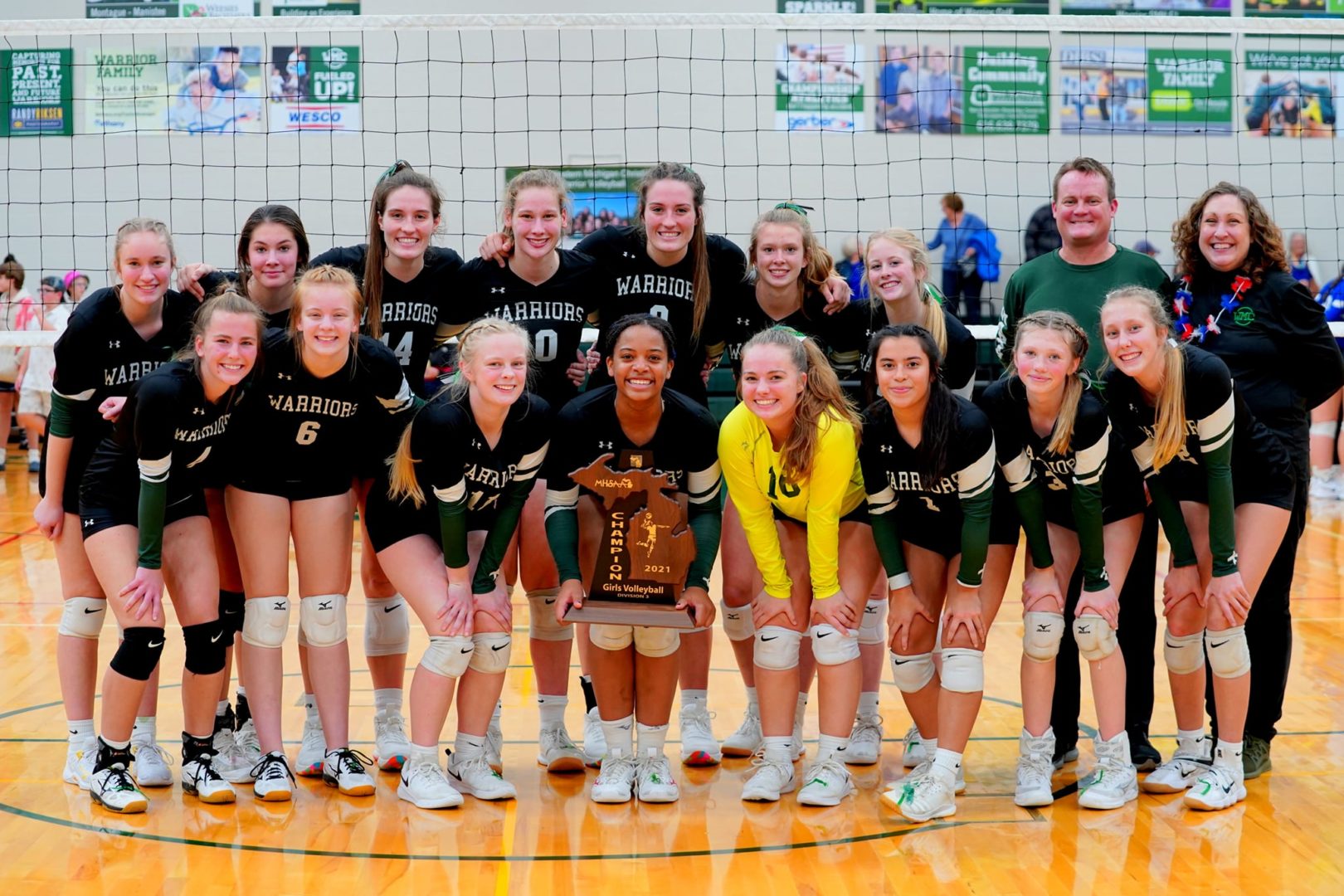 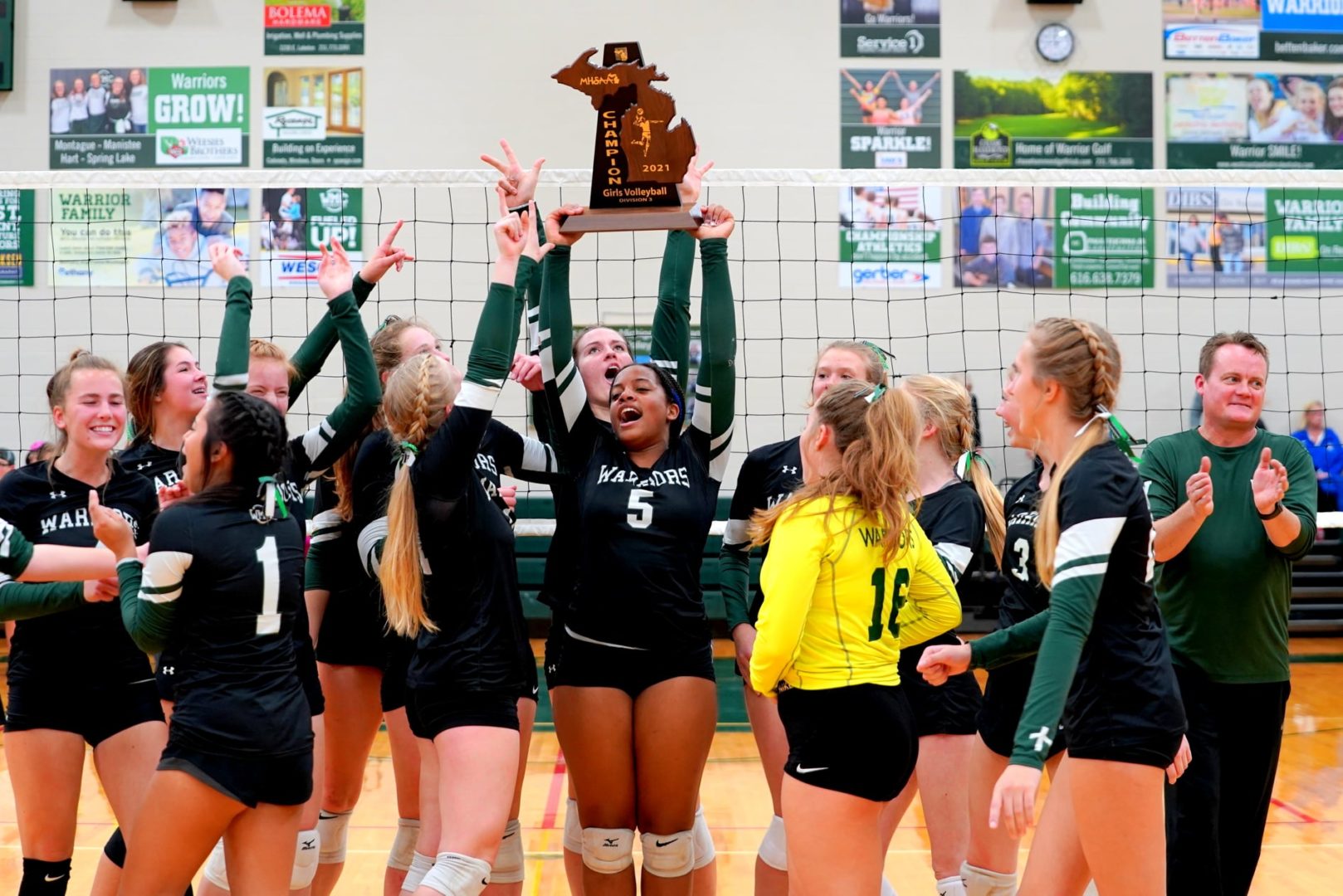 Whitecaps drop a Sunday game to Lansing, fall to third place in standings