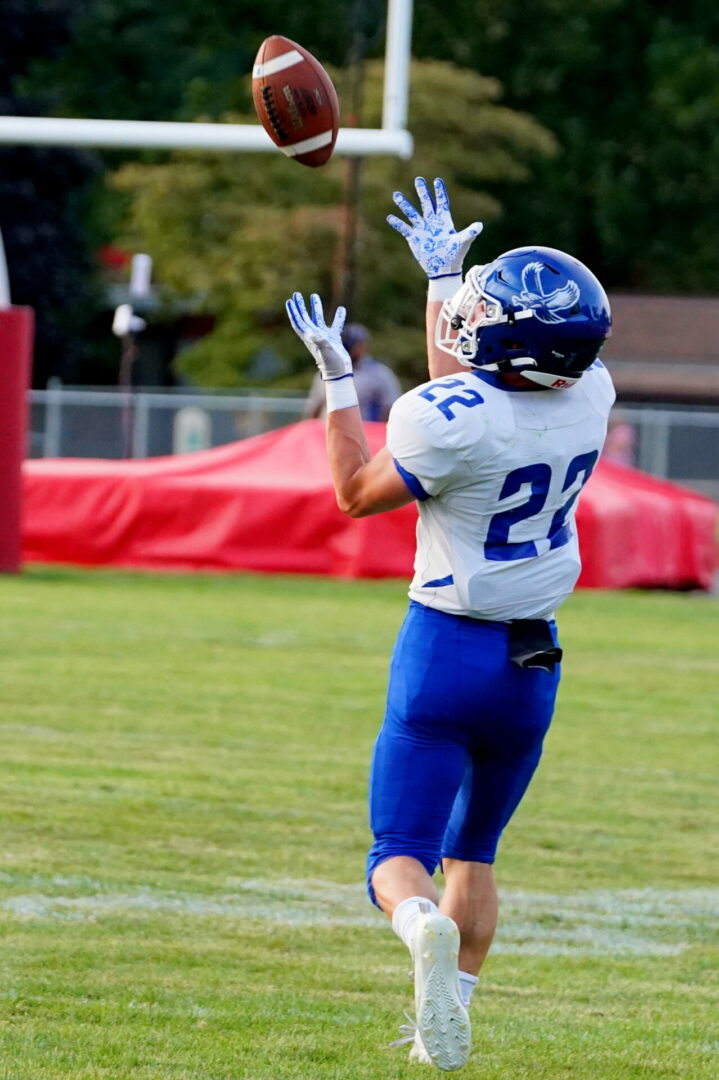 When it comes to success in the high school football playoffs, the Oakridge Eagles have had their share over the years. In fact, the Eagles have been in the post season every year since 2004.

Enjoying the moment and the added games is something Oakridge coach Cary Harger stresses to his team, which faces the Howard City Tri-County Vikings in the second round of the playoffs. The Vikings come into the game as the top seed in the Division 5 district.

“I recently told our guys that it can be very easy to look at our history and take making the playoffs for granted,” said Harger. “I don’t want them to take it for granted because it is special for this team, with these guys.”

The Eagles have captured three district championships and one regional crown under Harger’s tenure and he looks to continue that trend.

While Tri-County has the home-field advantage, Harger believes his team will clear that hurdle.

“It’s playoff football,” Harger said. “Wherever the field is there will be white lines with the same dimensions as usual. Our fans always travel very well.”

The Vikings, on the other hand, are thrilled to be at home for such a crucial game for the community to be a part of.

“It is huge that we get to host,” Vikings coach Phil Butler said. “This was one of our goals to be a one seed and we accomplished that. We are excited for our community and school, but know the task is huge.”

Butler knows exactly what his team is up against with the Eagles.

“They are athletic and physical,” Butler said. “they do a lot of things on offense and get the ball to their best athletes. On defense, they fly to the ball and are very aggressive.”

One of those weapons on offense is Corey Vanderputte, who ran wild a week ago in the first-round victory.

Despite some mistakes made in the Eagles’ victory over Big Rapids, Harger believes his team can look past and take a clean slate into the next round.

“We need to take advantage of correcting our mistakes while we still can and continue to improve,” Harger said. “I want to make the most out of every opportunity we have together.”

The most important thing for the Eagles is to reflect and learn from last week and beyond.

“Take the feeling of the playoff win and keep that as motivation to do your best to prepare and play this week,” Harger said.

Tri-County comes into the contest with a 9-1 record.