Tim Genson’s legacy is one of longevity, success at Mason County Central

SCOTTVILLE — Tim Genson is what you would call a mainstay when it comes to Mason County athletics.

Genson is in his 30th year as the athletic director and he’s about to embark on his 23rd year as the boys varsity basketball coach. The Spartans opened at home Dec. 7 against visiting Fruitport Calvary Christian.

He still has the first notes hand written on a piece of paper from a legal pad detailing his first practice on Nov. 15, 1993. It is carefully preserved and taped to a file cabinet in his office. 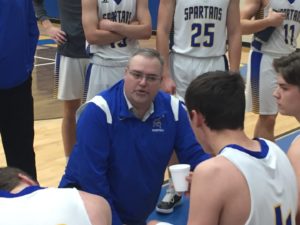 “I came across that in one of my files a couple years ago,” Genson said. “I posted it up to kind of remember. I haven’t changed a whole lot.

“I just use different ink and align it a little bit differently and stuff like that.”

Genson was the coach until 2009, when his son Noah – who just turned 25 two weeks ago – began playing middle school sports. Genson admits he was getting a bit tired and stepped away from coaching for a few years.

“When you do athletic director and you coach a sport like basketball, it weighs on you after a little time,” Genson said. “My son was growing up.

“It’s funny, he and my wife (Carrie) were more upset with me stepping away,” he said. “I coached seventh grade basketball when I was 18 years old. I was going out to West Shore (Community College).

“The timing was right (to step away from coaching). I never had a desire to coach Noah, because I started coaching long before he was around.” 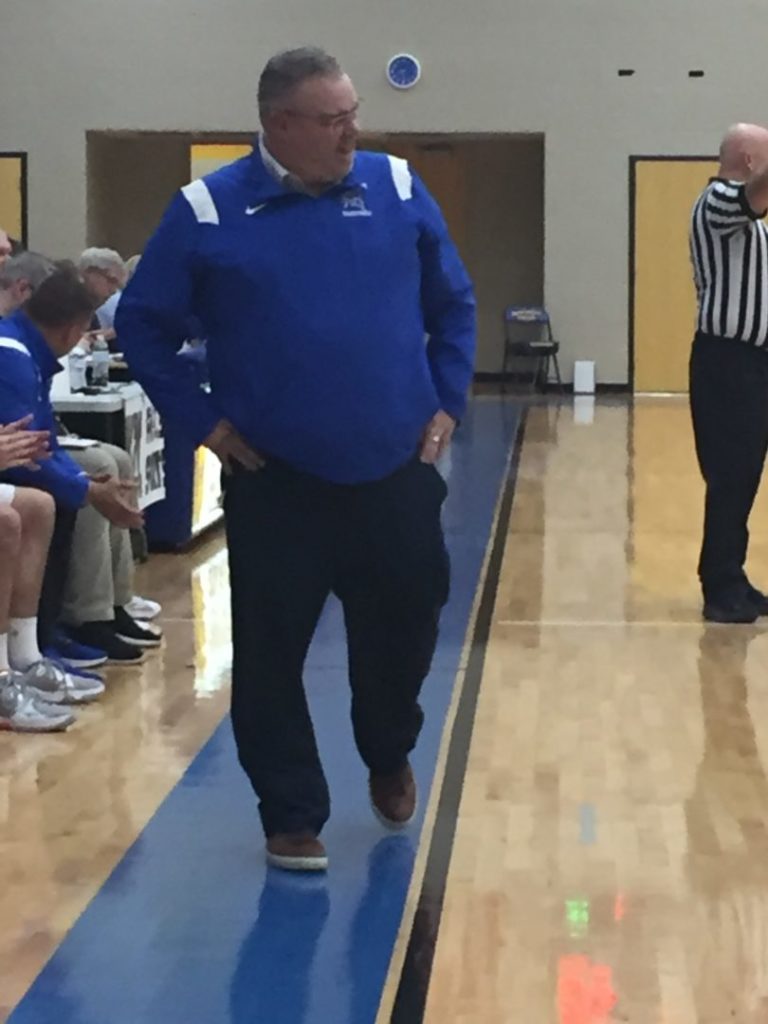 After attending WSCC, Genson went to Central Michigan University, where he graduated in 1990. He majored in political science and minored in history. Genson was hired at Mason County Eastern as a long-term substitute teacher and coached junior varsity basketball.

Later, he coached the junior varsity at MCC. In the late summer of 1992, he was hired as the part-time athletic director at the Scottville school. The next year he also started teaching government for a portion of the day, as well as coaching the varsity boys. He did not coach for the next six years, focusing on teaching and his job as athletic director.

In 2015, Genson’s son graduated from high school. Jeff Tuka, one of Genson’s former players, was coaching the Spartans, but the moved into an administrative job in Muskegon as a middle school principal.

Again, the timing was right for Genson.

“So, 2015 rolled around and I thought, ‘You know, there’s still a little itch to scratch,'” Genson said. “But, I wasn’t 100 percent sure. “I wanted to make sure I wanted to be back. The funny part, the excitement to do it has actually done this (raising his hand in an upward arc). Even when we weren’t going to be real good, I’ve still looked forward to the kids, the challenge, the excitement and the practices.

“It’s the practices. It’s not the games. Games are easy to get excited about. It’s the out of season, the practice. Those are things that you’ve got to want to do, because that’s what you do a lot more of.”

Genson’s teams have won more than 300 games, two regional titles (1997 and 1998) and made an appearance in the MHSAA state championship game. The Spartans have also won eight districts, including last year when they won only one regular-season game, and five West Michigan Conference championships.

Time and experience is a good teacher for coaches as well as players, Genson said.

“I think there’s a lot of ways I’m a better coach than I was when we were going down to the Breslin Center,” he said. “You have to know who you need to pat on the back, and who you have to get in the ear.

“It’s been a cool experience. The kids, your assistant coaches, the people that have helped you over the years … that’s what it’s about.” 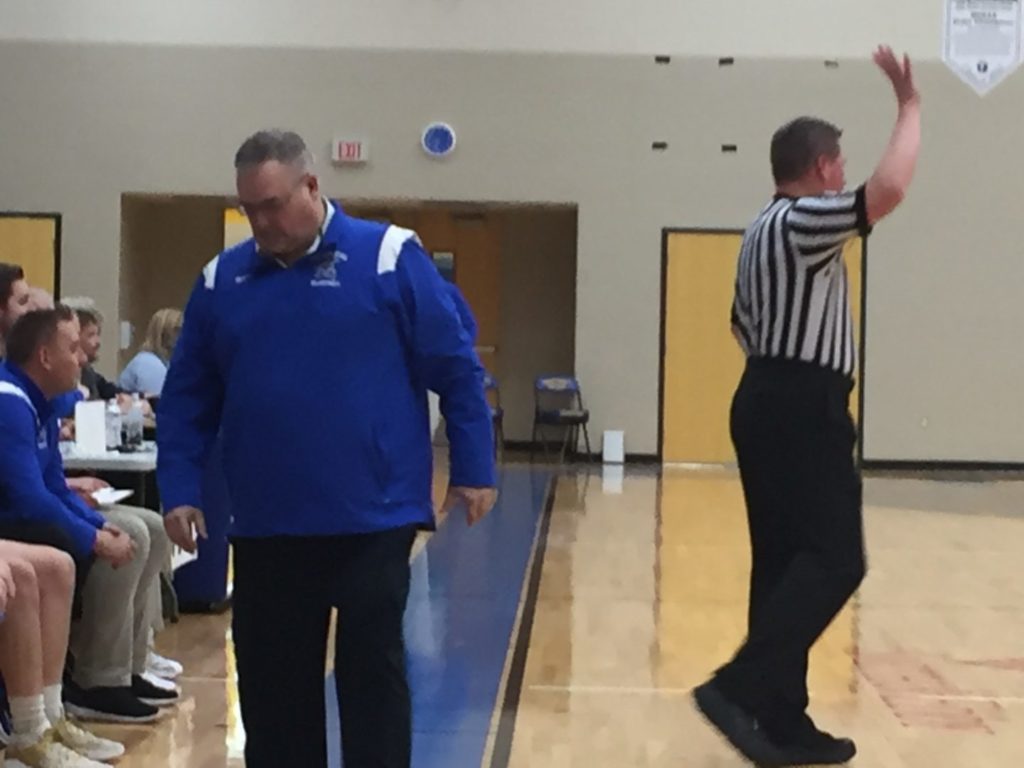 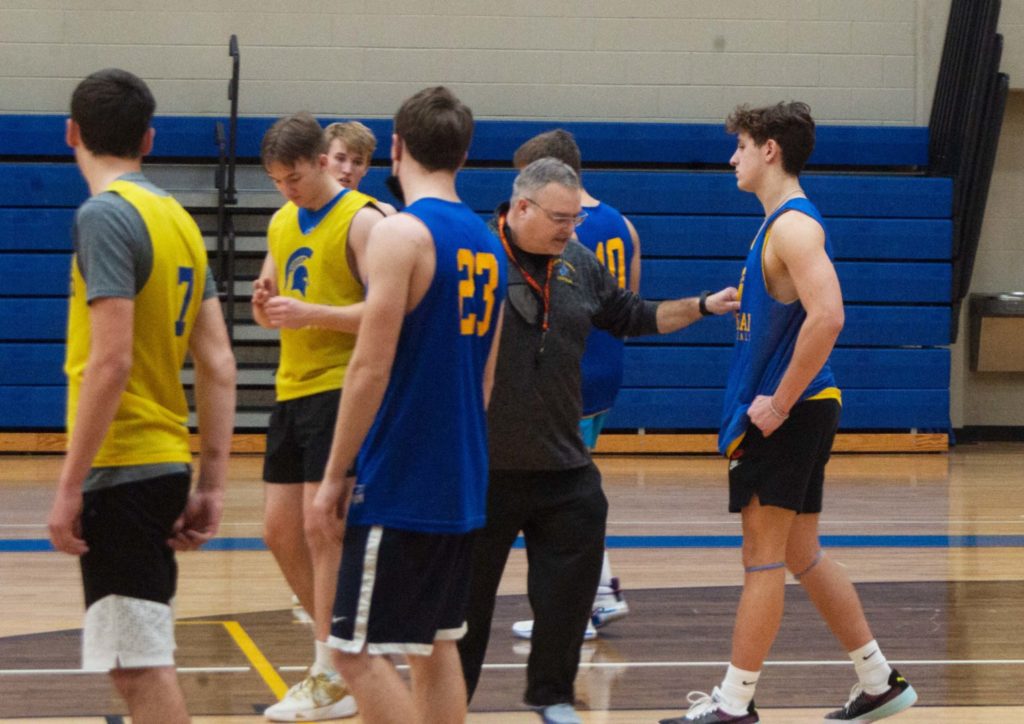 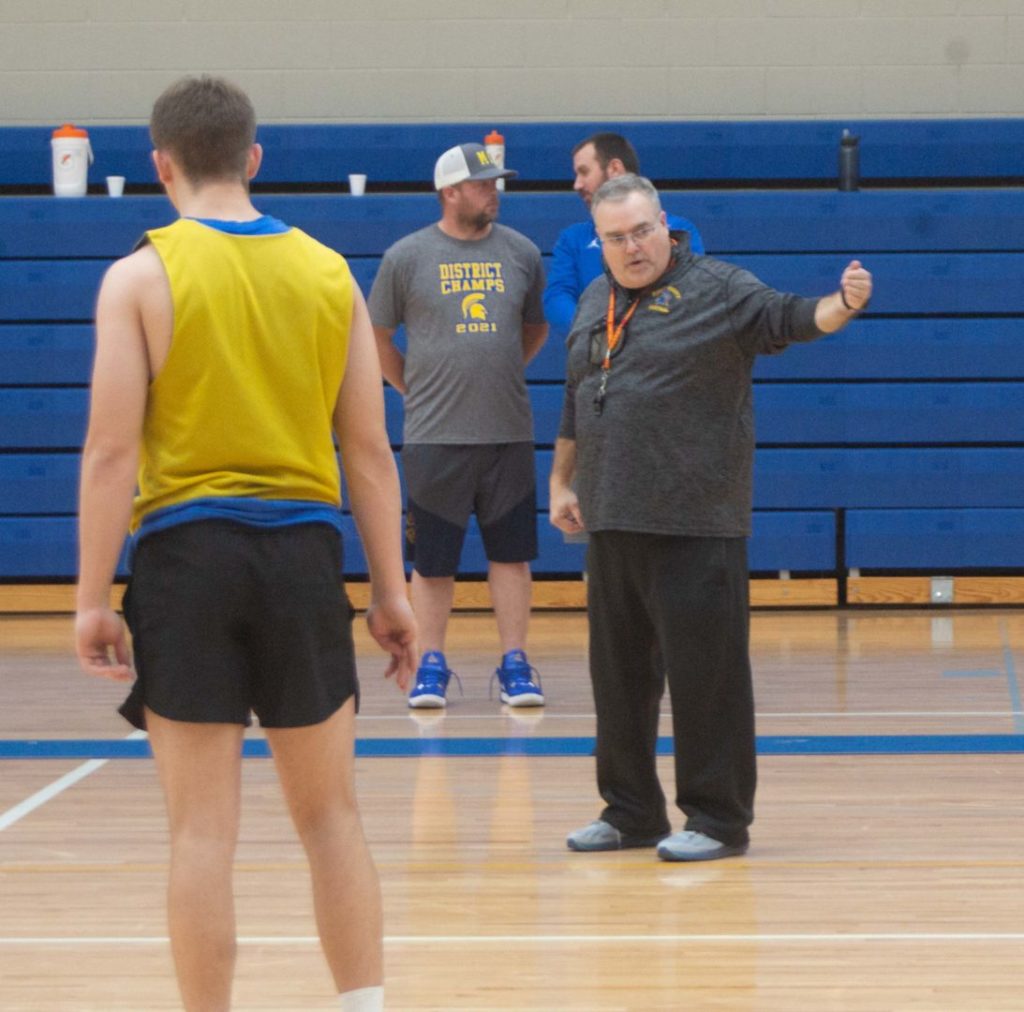 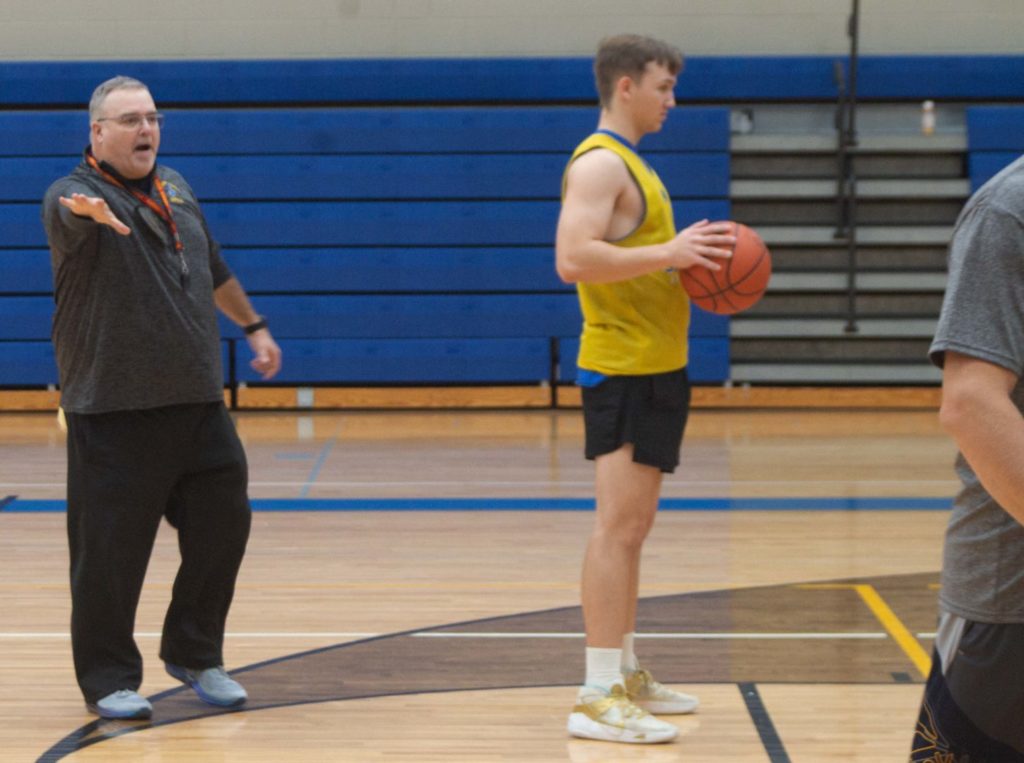 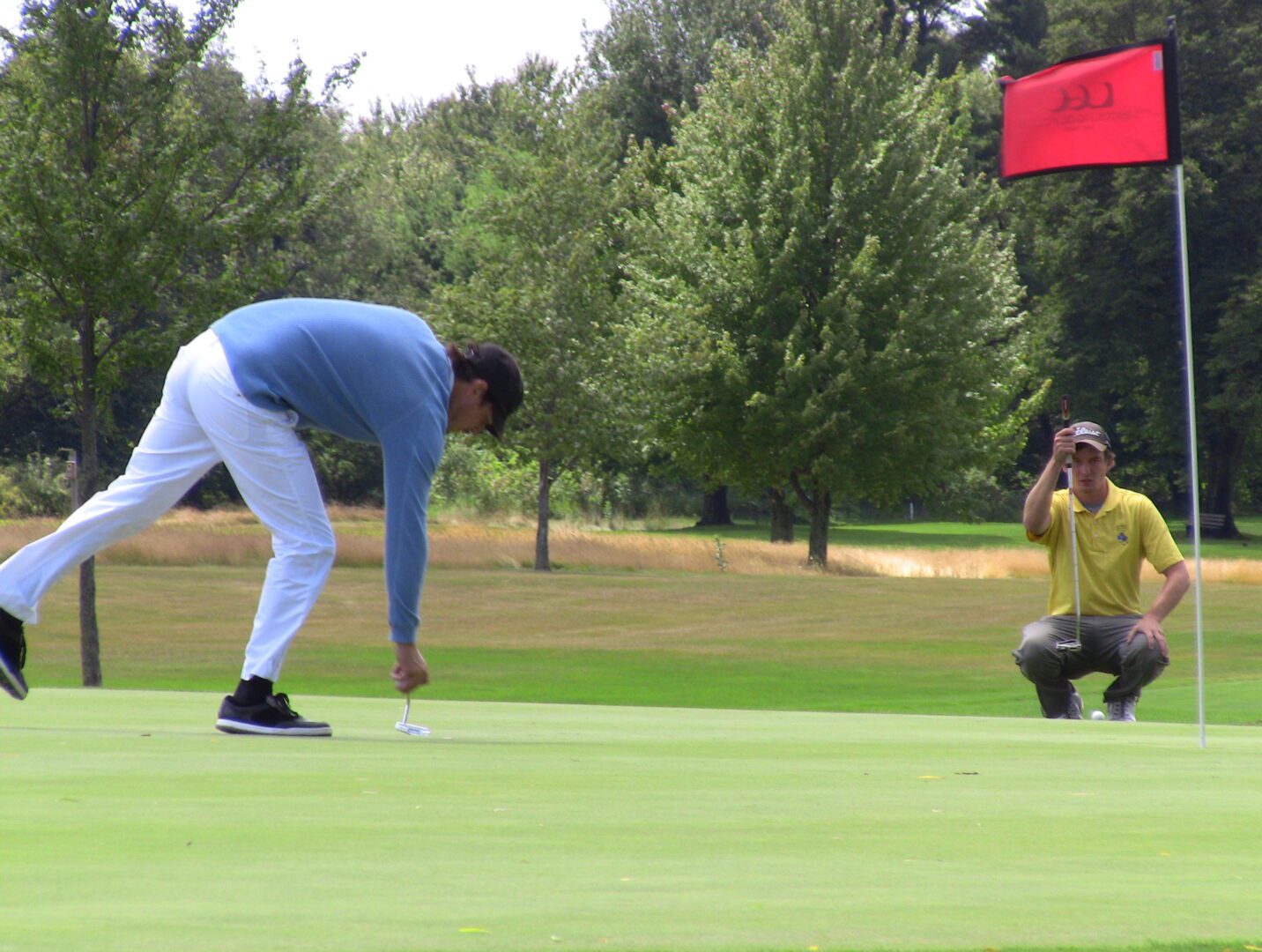