ALLENDALE—The Whitehall Vikings boys basketball team struggled offensively in a Wednesday matinee non-league game in Allendale at Chuck Pierce Court, where the Falcons controlled the game from start to finish with a commanding 65-35 win.

Whitehall, playing without head coach Christian Subdon, who was serving a mandatory one game suspension, after being ejected in a game last week against North Muskegon, never had the lead on Wednesday. They went over 11 minutes without scoring in the first half and Allendale never looked back.

The Falcons would score the first 9 points of the second stanza and hold Whitehall scoreless until Jack McDowell hit a free throw with 1:09 remaining in the first half. Allendale closed out the half on a 8-3 run to take a commanding 33-10 halftime lead.

The Falcons continued to increase there lead in the third quarter outscoring the Vikings 16-7 in the quarter. 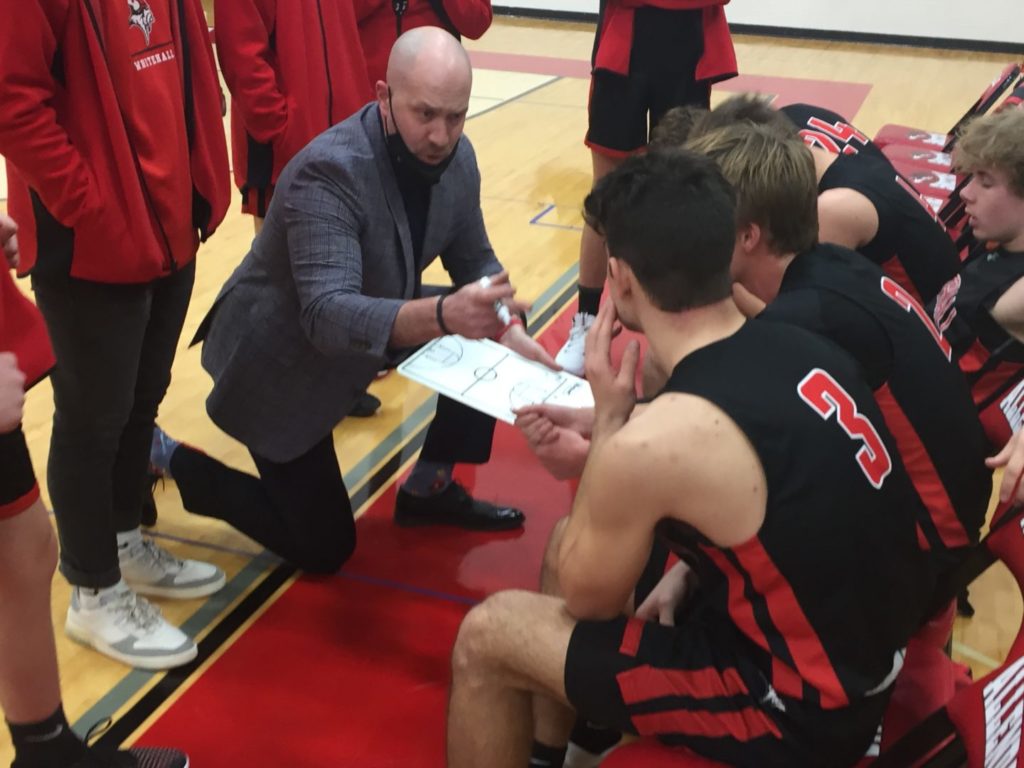 Ethan Impens led the Allendale scoring attack with 11 points, followed by Easton Tolson with 10 points. Eleven Falcons would find the scoring column for the Falcons.

Whitehall saw its record drop to 2-2 overall and is 1-1 in West Michigan Conference play.

The Vikings will return to action on Tuesday, January 4 when they play host to arch rival Montague, who will bring a 4-0 perfect record into the game.