SCOTTVILLE — Lakeshore spotted visiting Southgate United a quick one-goal lead, but the co-op ice hockey team stayed within striking distance the entire game but gave up a couple of late goals in falling, 5-3 at the West Shore Community Ice Arena in Scottville.

The Badgers were still missing a couple of skaters, and had played the night before in a 6-1 loss to Cadillac. But their slow start had nothing to do with being fatigued.

Southgate’s senior forward Ashton Petrarca is the state’s leading scorer, so Badgers coach Bill Shriver decided to put Mason County Central senior Russell Schade on him one-on-one in an attempt to shut him down.

“We shut him (Petraca) down, which took Russell out of the play. So, then we said ‘To heck with it’ and decided the second period just to turn him loose.

“As you could see, it opened up the game, because they both skated hard and played very well. But, that was probably the best team game we’ve played all year.” 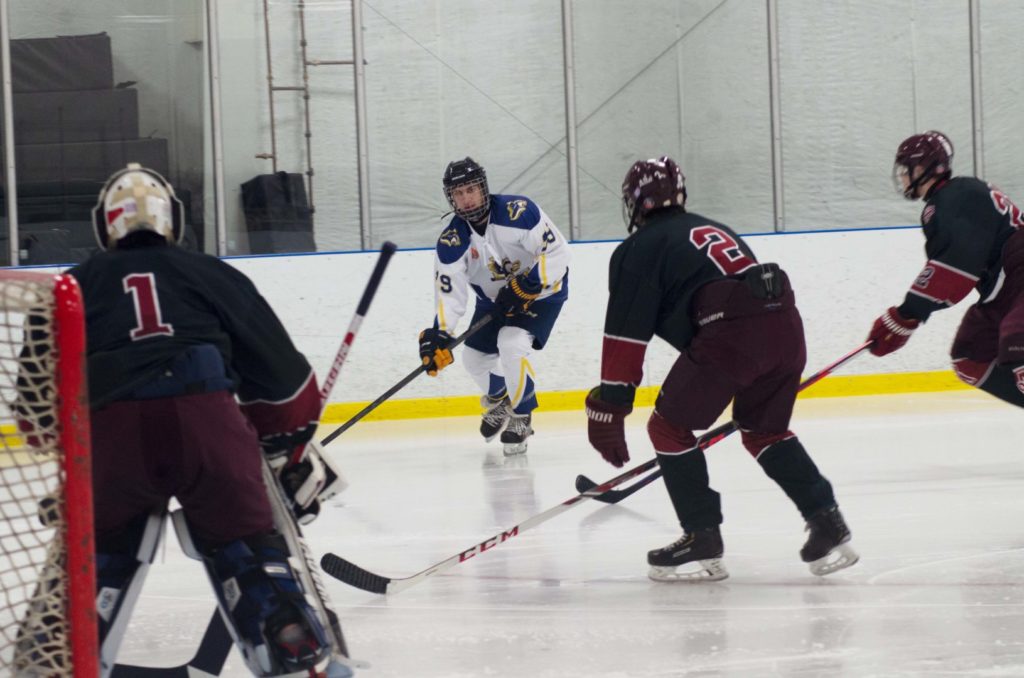 The two teams engaged in a scoreless battle for a large part of the first period, until Ludington senior Luke Larr took a two-minute penalty for tripping with 4:57 left and put United on the power play.

United capitalized on the extra-man opportunity just seconds later to take a 1-0 lead at the 3:58 mark. Petraca was credited with the assist on the goal. That’s where the score stood at the first intermission.

Lakeshore rallied to tie the game, 1-1, at 13:31 of the second period. Larr made amends for his penalty by ripping a laser from off the left circle. Mason County Central junior Austin Quillan had the helper.

Southgate presented the Badgers with a power play opportunity less than a minute later, but Lakeshore failed to score with the man advantage.

The Badgers hung tough defensively, however, and kept United out of the net through the rest of the second period until it finally broke through for a goal with 1:43 left and took a 2-1 lead at the intermission.

United extended its lead to 3-1 four minutes into the third period. That could have been the final nail for Lakeshore, but the Badgers struck for two straight unanswered goals to knot the score, 3-3 with 7:18 left in regulation.

Bear Lake junior Bryce Harless nailed the first goal off a pass from Ludington junior Ryan Mirretti at the 12:31 mark, and Mason County Central sophomore River Claveau scored the other with Schade getting the assist. United scored two unanswered goals, the last coming on a power play, to pull out the win.

“Everybody was involved,” Shriver said. “We just had a lot of opportunities. For a small group, they have some really good players.

“We stayed out of the box, for the most part (six penalties, to just three for United). We know that’s the deal.”

Lakeshore is next scheduled to play at Tawas on Friday and Saturday, Jan. 21-22 before returning home for their last series at West Shore on Jan. 28-29.

Photos below are courtesy of Greg Gielczyk 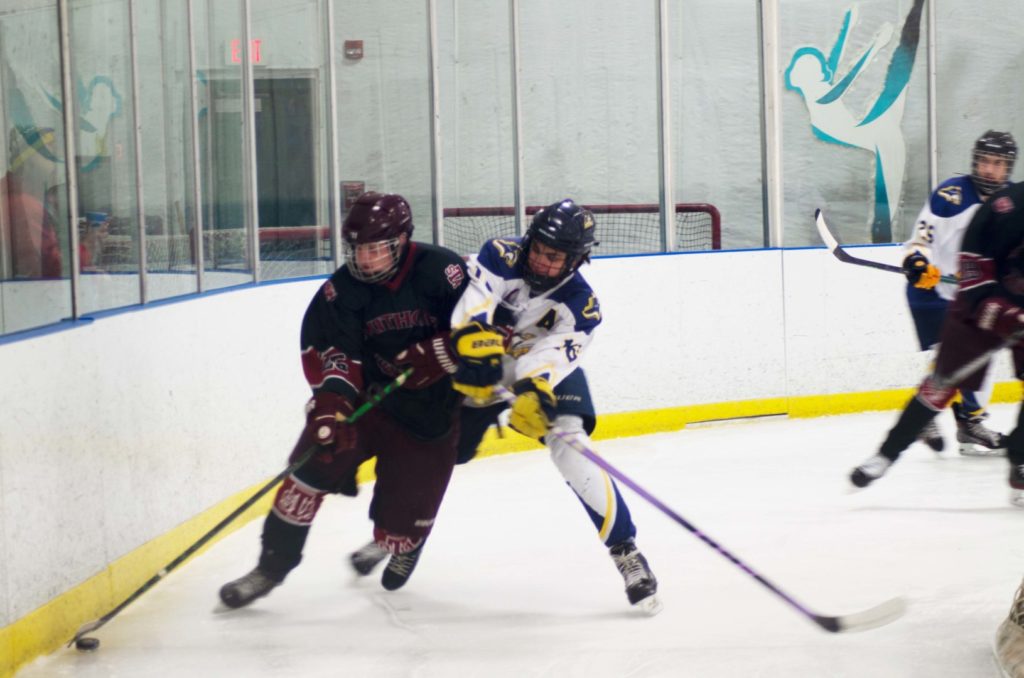 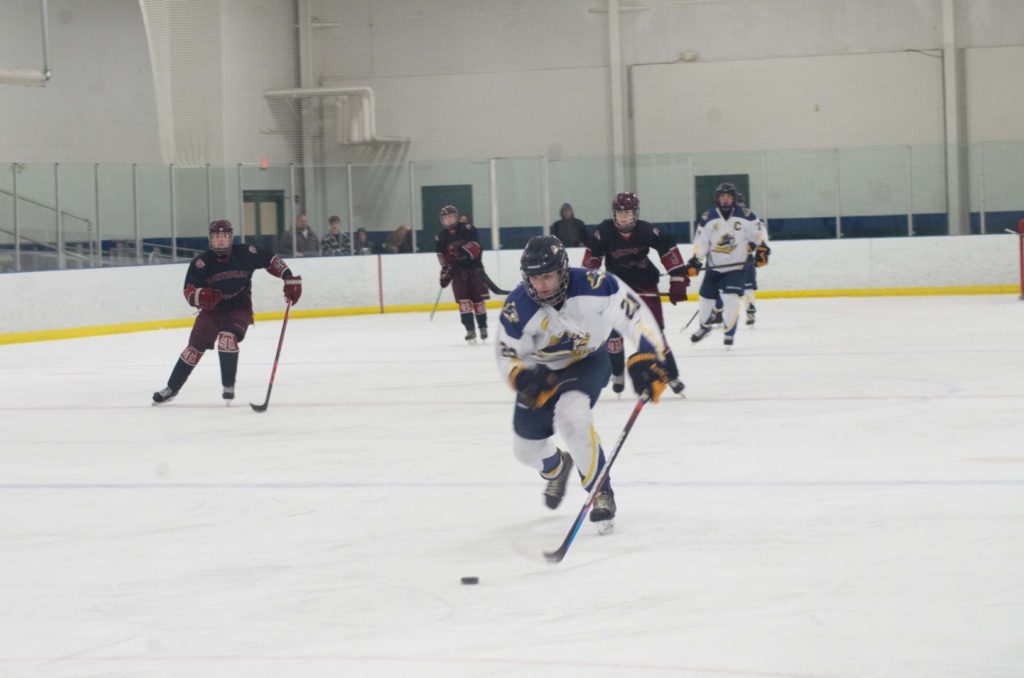