When the Muskegon Risers come home to play at Mercy Health Arena, they don’t just play to win. They play inspired.

That type of effort was on full display when Miguel Flores and the Muskegon squad stepped on the pitch wearing the big Risers’ Green on Saturday.

Flores, a Muskegon Big Red alum, entertained fans with an incredible hat trick performance that was capped off by a game-winning goal as the Risers fought back for a 7-6 overtime win over the Cincinnati Swerve.

Again for a second home stand in a row, Muskegon showed fans they are a gritty team.

The Risers battled back from a 6-5 deficit with less than two minutes remaining. They won in similar fashion against Chicago back on January 8 with a one-goal win.

While the back and forth game had 13 lead changes, no one in attendance can deny the performance witnessed from Flores.

The forward created multiple scoring opportunities for Muskegon and nearly could have finished with all seven Muskegon goals.

He had two one-on-one break away opportunities in the second period that were narrowly thwarted by very crafty Cincinnati saves. Flores also rattled both goal posts on a single shot, not once, but twice in the fourth quarter.

Flores’ first goal came in the opening quarter when the Risers trailed 2-1 after they split a pair of Swerve goals with a Steve Merker tally. Merker created his own chance on a stolen through-pass he turned into a 3-on-2 opportunity which he then converted into the upper left 90 for the Risers.

Flores lasered a shot into the very top upper-90 as well for his 10th goal of the season and an even 2-2 tie.

Muskegon fell behind 3-2 at the close of the first quarter but its defense stepped up and shut out the Swerve in the second quarter.

Taichi Yamada gave the Risers a 3-3 tie with 26 seconds left before halftime. The Japanese native tallied the goal in his first game as a Riser with a flying kick off a bouncing loose ball.

Cincinnati answered its quiet second quarter with a 4-3 advantage just two minutes into the second half.

Muskegon finally took its first 5-4 lead of the night on Francesco Calabrese’ first goal of the season, a minute into the fourth.

But Cincinnati responded in a big way, gaining a 6-5 lead on two goals that happened less than a minute apart and only seconds after the Risers took their first lead of the contest.

Flores again sparked the Risers after taking such a big hit. He rattled a shot that bounced off the far post and then near post, only to not find the net. The six-year Riser blasted a shot that hit off the Swerve goalie, and then off each post again but out of the net.

Finally, Brandon Edwards tied the score 6-6 after Flores chipped a pass across to Adam Knight who headed the ball to Edwards in front of the net.

Muskegon was able to put the game away in overtime with Flores’ game winner.

Check out photos from the night shot by Jason Goorman. 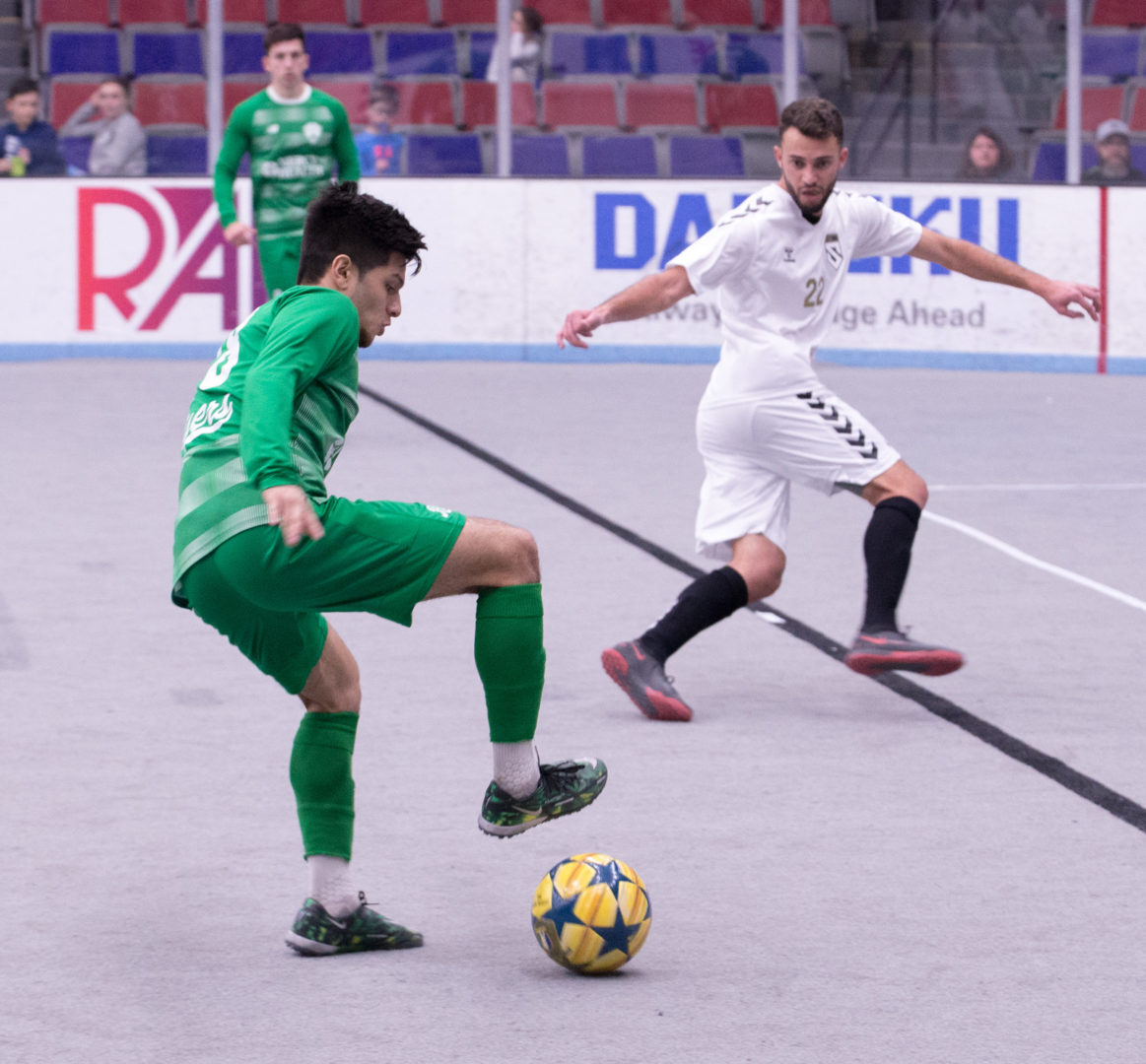 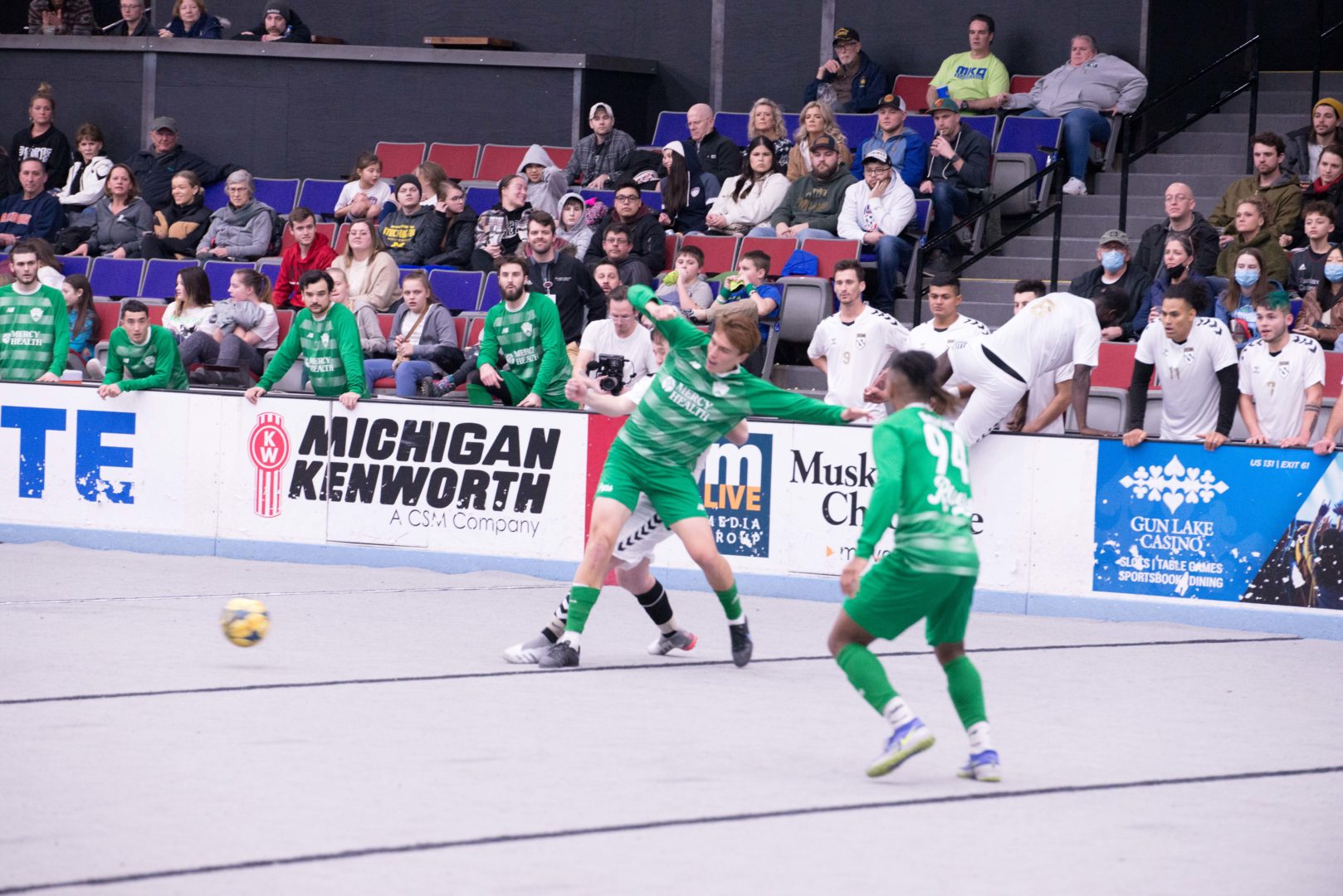 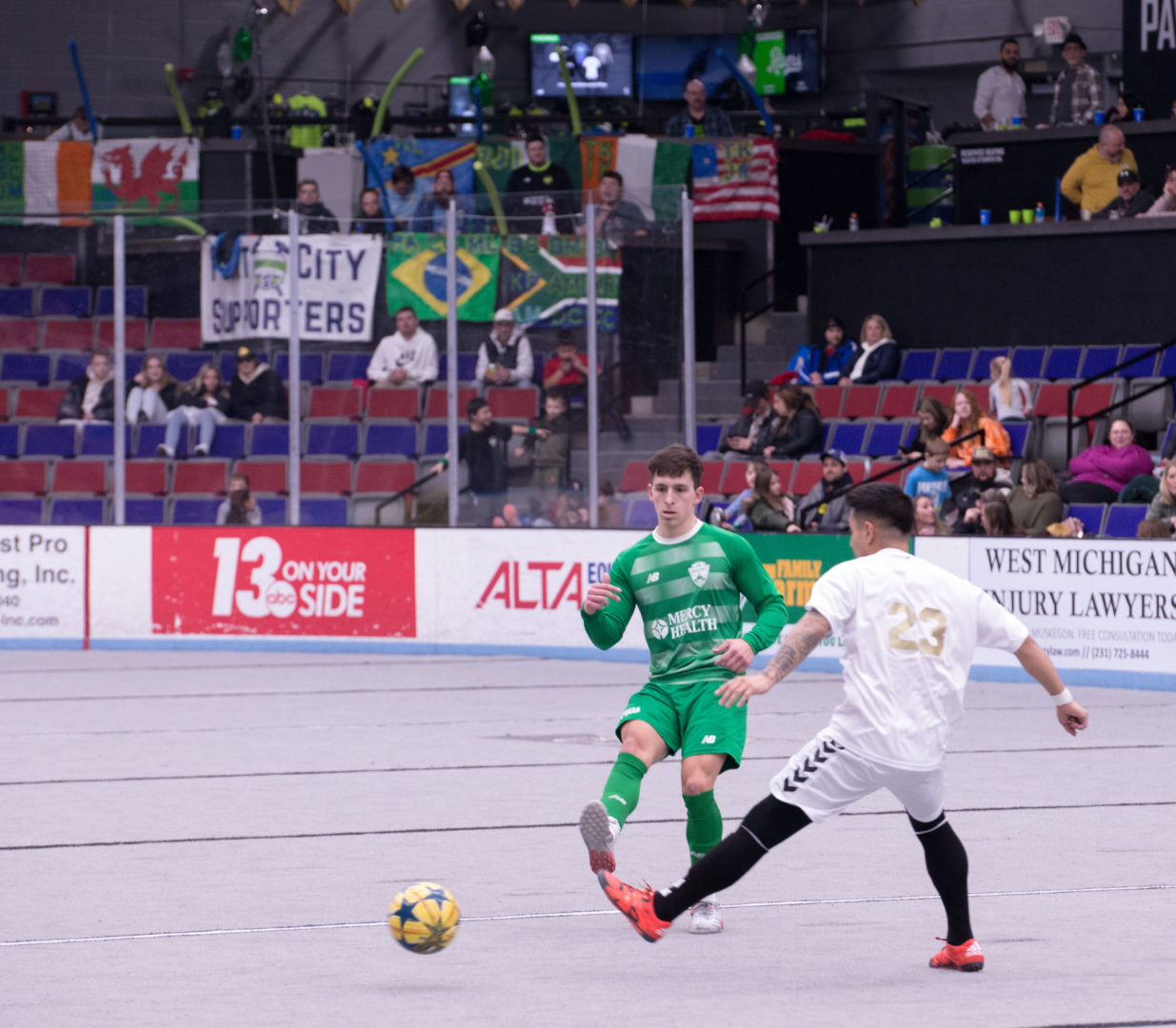 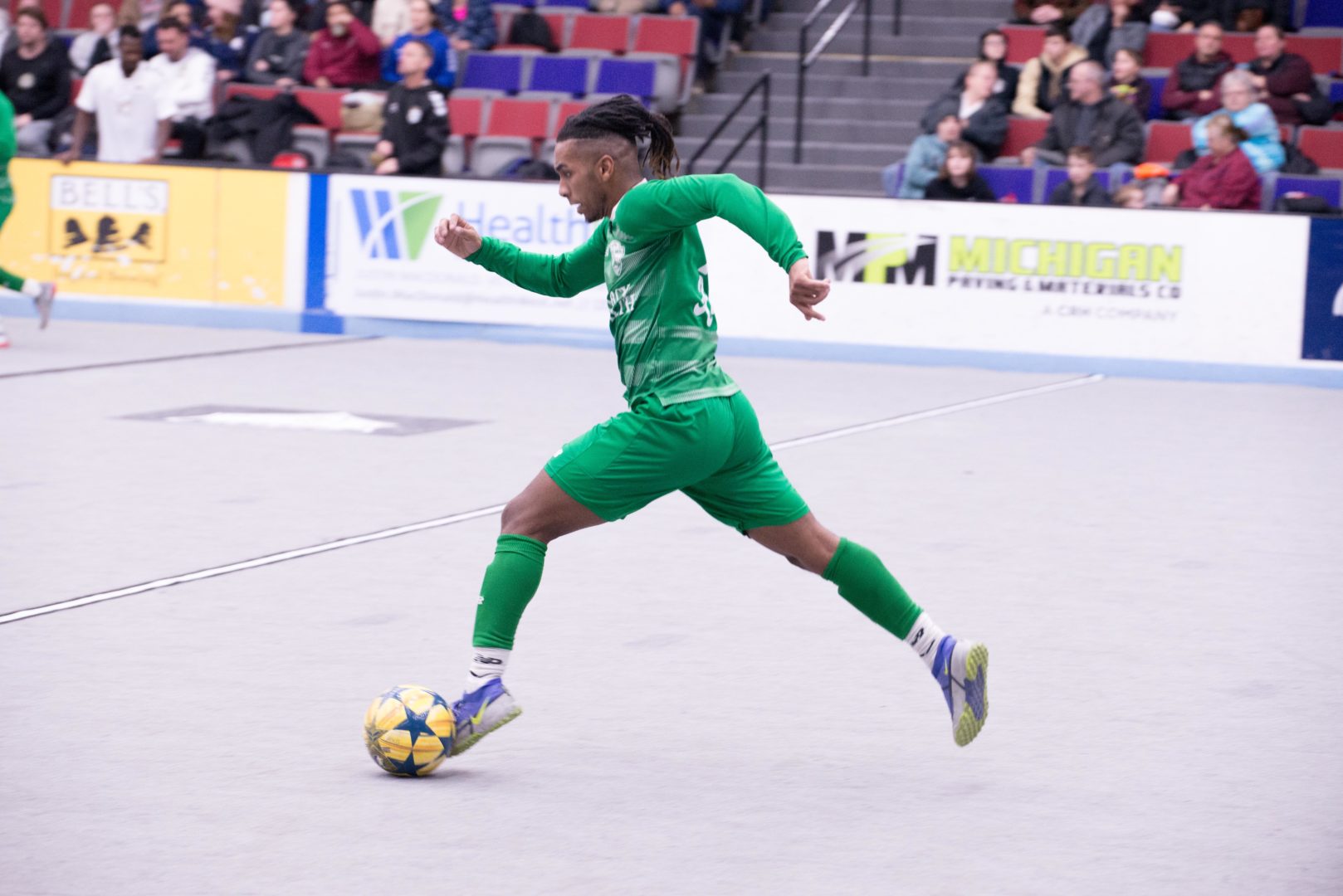 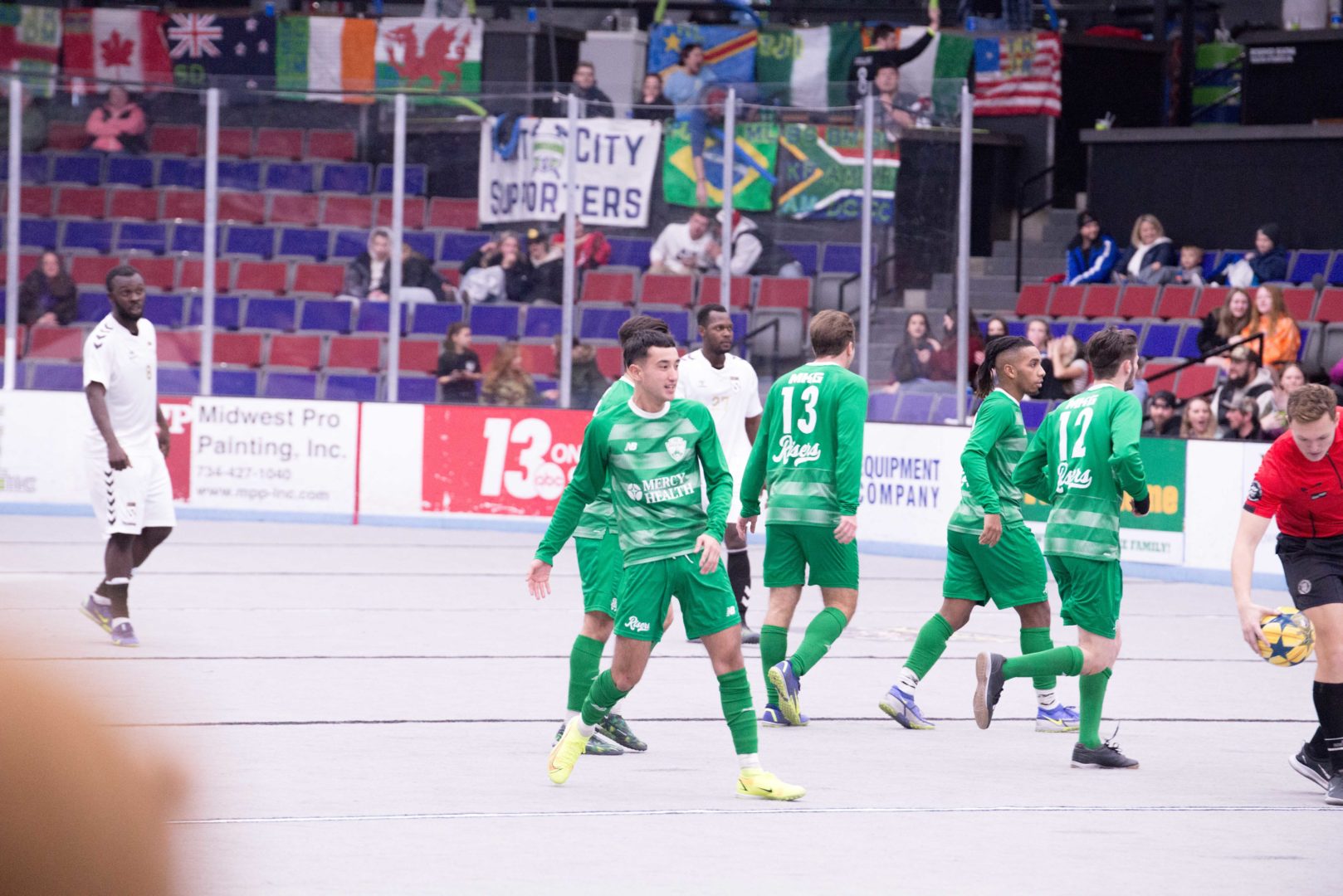 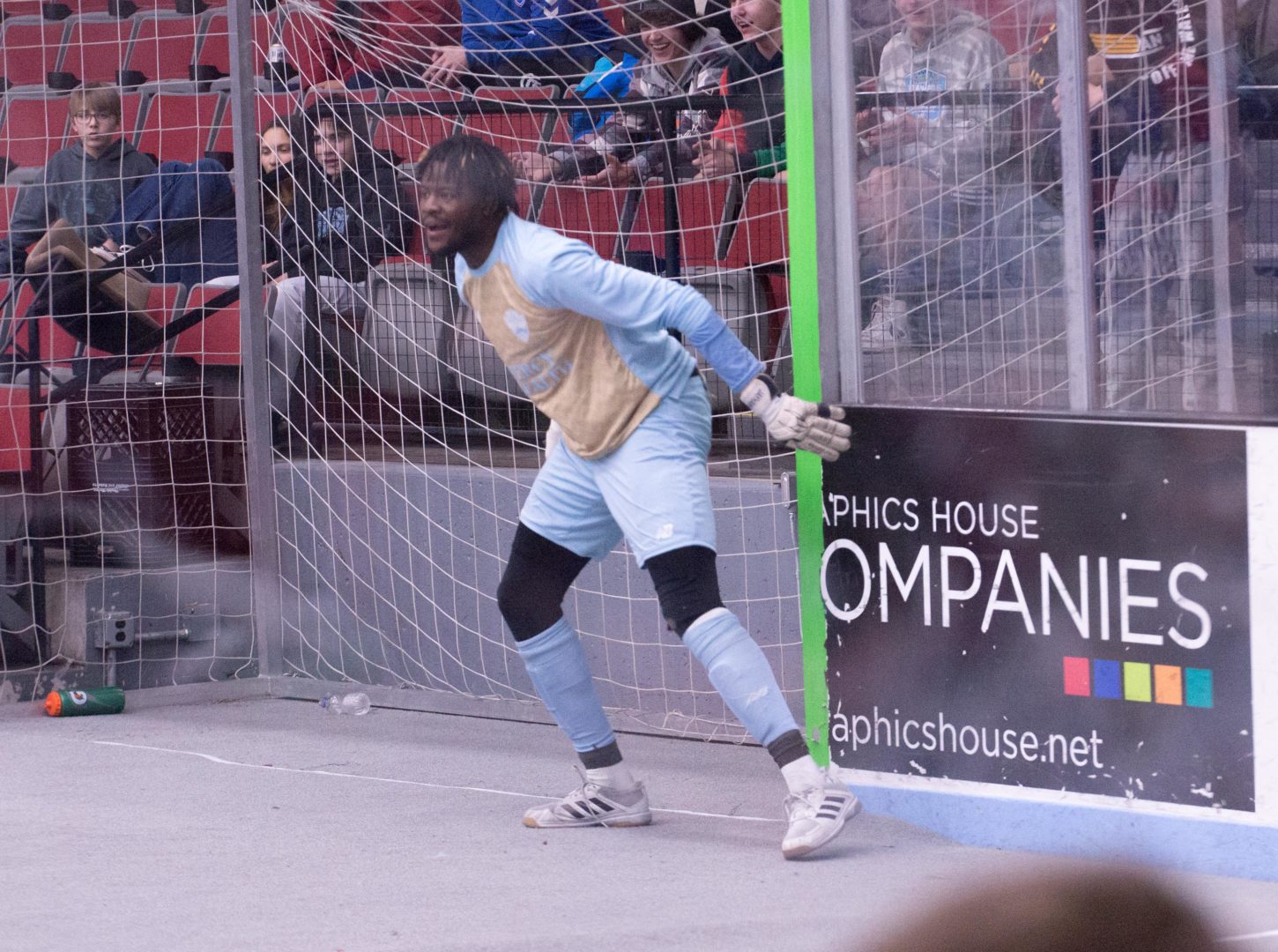 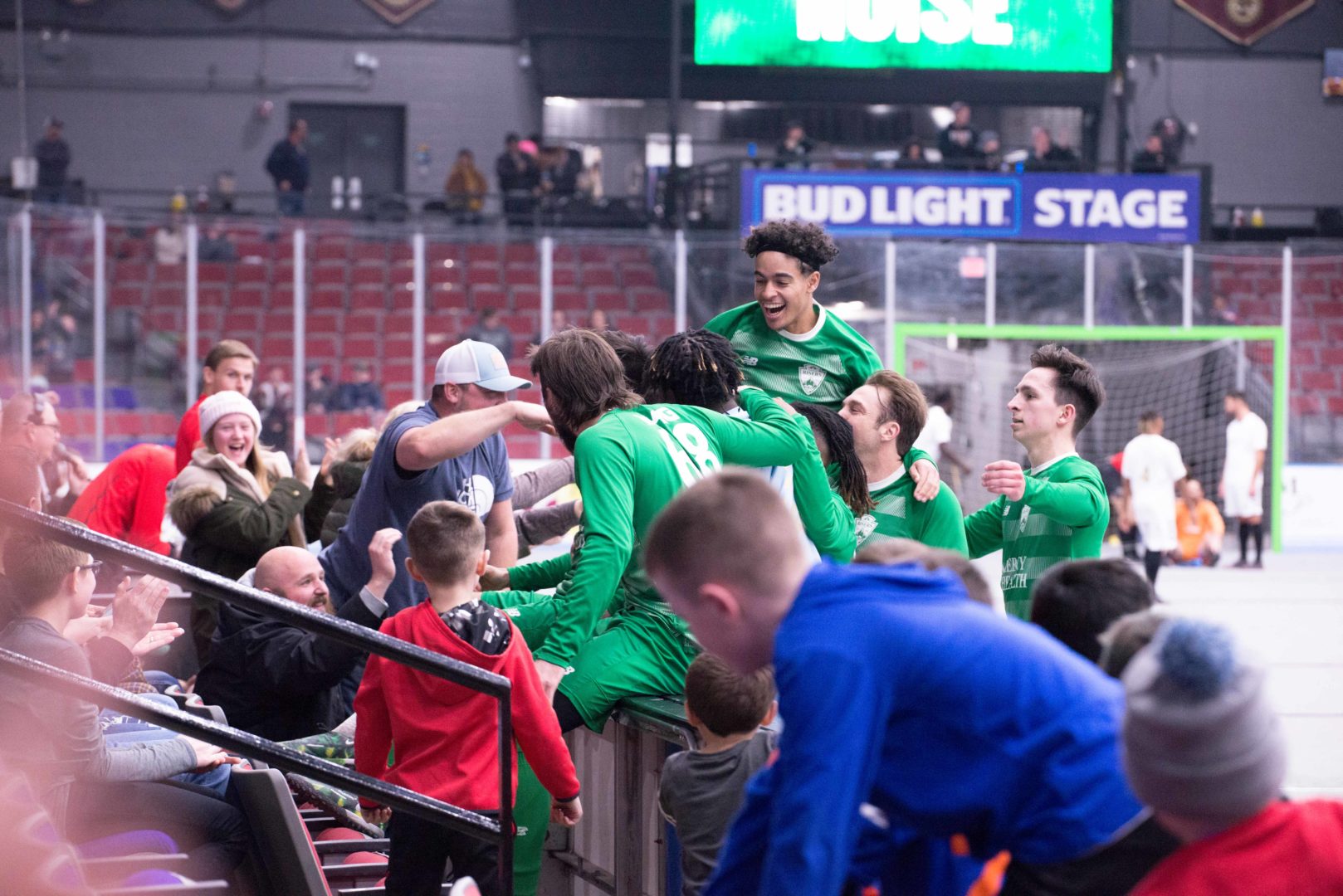