WHITEHALL — Whitehall’s boys basketball team boosted its record back to the .500 mark Tuesday night with a 53-43 West Michigan Conference win over Montague at home.

The win lifted the Vikings to a 3-3 overall record for the season, and it improved their conference record to 2-1 for a second place tie with the Wildcats. Montague suffered its first loss of the season and is 3-1 overall.

Whitehall got off to a good start, especially defensively, and closed the first quarter with a 12-6 lead. The Vikings outscored the Wildcats, 12-10 in the second period to take a 24-16 halftime lead.

But the Wildcats turned the tables on the Vikings in the third period, outscoring them, 11-9 to shave the deficit to six points 33-27 entering the fourth.

The Vikings pulled away with a 20-16 scoring advantage in the final eight minutes. 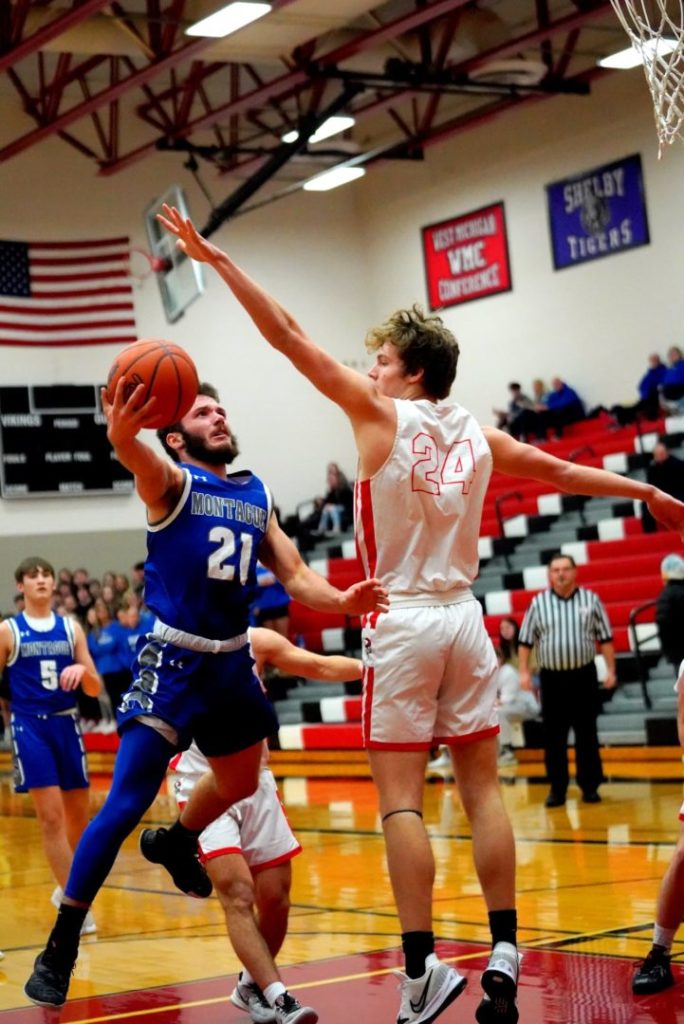 Kyle Stratton paced the Vikings with 16 points, and he added four steals and three assists. Freshman Camden Thompson scored nine points, ripped down 10 rebounds, dished out four assists in his first game back from injury,

Leading scorer for the Wildcats was Tugg Nichols with 13 points. He was followed by Tate Stine who had 11. Isaiah Atchison contributed seven, Braeden Johnston added six, Rodney Brassfield four and Colton Blankstrom two.

Brassfield led the Wildcats with nine rebounds, Johnston hauled down eight, Stine had six and Archison five. Johnston and Stine each had three assists and Johnston had two steals.

The Wildcats are next scheduled to play at North Muskegon on Friday night, while the Vikings make a road trip to Hart the same night.