Mona Shores hockey split its weekend efforts in Trenton on Friday and Saturday.

The Sailors topped Brother Rice on Friday with a 4-2 winning effort but fell 7-5 to Trenton on Saturday.

Trent Benedict put in a pair of goals while Jack Reelman and Jake Nanna each scored in Mona Shores’ win over Brother Rice. Goalie Carter Detloff came through with big saves in posting the win.

Landon Taylor led the Sailors in Saturday’s loss with a pair of goals while Jack Reelman, Brayton Conrad, and Trent Benedict each had tallies.

The now 17-4 Mona Shores team is still buzzing after clinching the O-K Conference Baum Division championship. The Sailors cinched the title up with a 5-2 win over Forest Hills North Eastern on January 29.

Trent Benedict found the back of the net twice in the title-winning game against FHNE. Zach Leibrandt, Jake Nana and Ty Langlois each scored goals for the Sailors.

Detloff posted the win in goal for Mona Shores.

Mona Shores next plays on Friday against visiting East Grand Rapids and travels to Lowell on Saturday.

The Sailors are now 7-3 in their first 10 games of 2022 and have just three games left before Division 1 regional action starts up February 24 at Lakeshore sports arena. 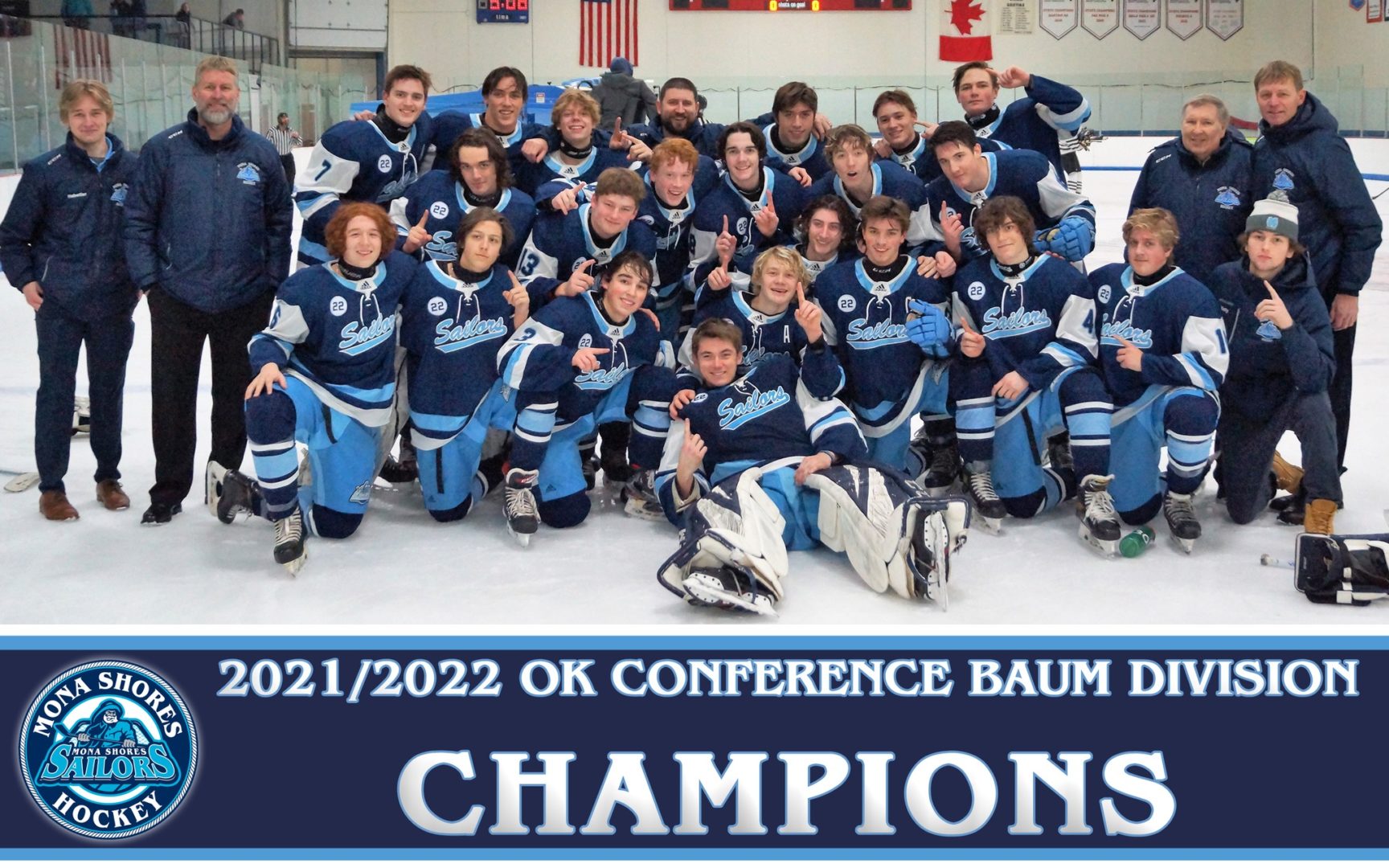