MANISTEE — Pentwater’s girls basketball team has had a rough season, and it didn’t get any better Tuesday night when the Falcons made a road trip to Manistee Catholic in a Western Michigan D League game.

With a makeshift lineup necessitated because several players had missed practice for various reasons, and keeping senior big Mikaylyn Kenney under wraps since she is coming off a concussion, the Falcons had a hard time keeping up with the league-leading Sabers.

The Sabers jumped on the Falcons early, racing out to a 14-0 lead and never looked back as they rolled to a 46-22 victory.

“Kaylyn coming off that concussion, I really wanted to play it safe with her,” Pentwater coach Joe Gorton said. “I didn’t want to run her too hard. I just really wanted to get her some minutes.

“Especially knowing with the big lead that they had, I didn’t want to chance more injury to that head going into districts, to my detriment but I really wanted to play it safe.

“We’re playing for game 21 right now. We’re out of the conference race, so we’re just getting ready for districts. Beyond that, we had some absences at practice, so I had to have some kind of unorthodox practices.”

As a result, the Falcons weren’t nearly as prepared for the Sabers as Gorton had hoped they would be, and game planning couldn’t take place the way he wanted it to.

Manistee Catholic junior Grace Kidd rattled home a 3-point shot from out of the deep right corner to start the game, and it was downhill for the Falcons after that.

The Falcons trailed, 17-1 after one quarter and never recovered. Pentwater managed to find the basket more often in the second period, but still was in a deep hole, 30-8 at halftime. It was 38-12 after three.

The Sabers (11-2 overall and 10-2 WMD) were led by Kaylyn Johnson with 19 points while Kidd popped in 16, including two 3-point baskets while Leah Stickney added eight.

Pentwater dropped to 2-11 overall and 2-9 in the WMD, and is next scheduled to see action Thursday night at home against Mason County Eastern. 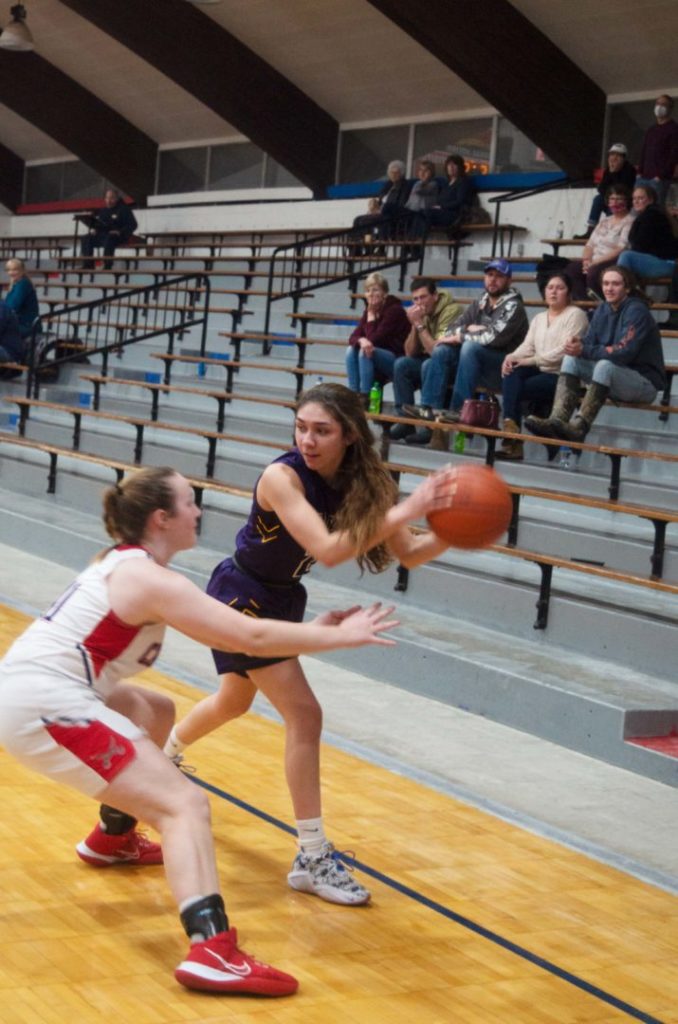 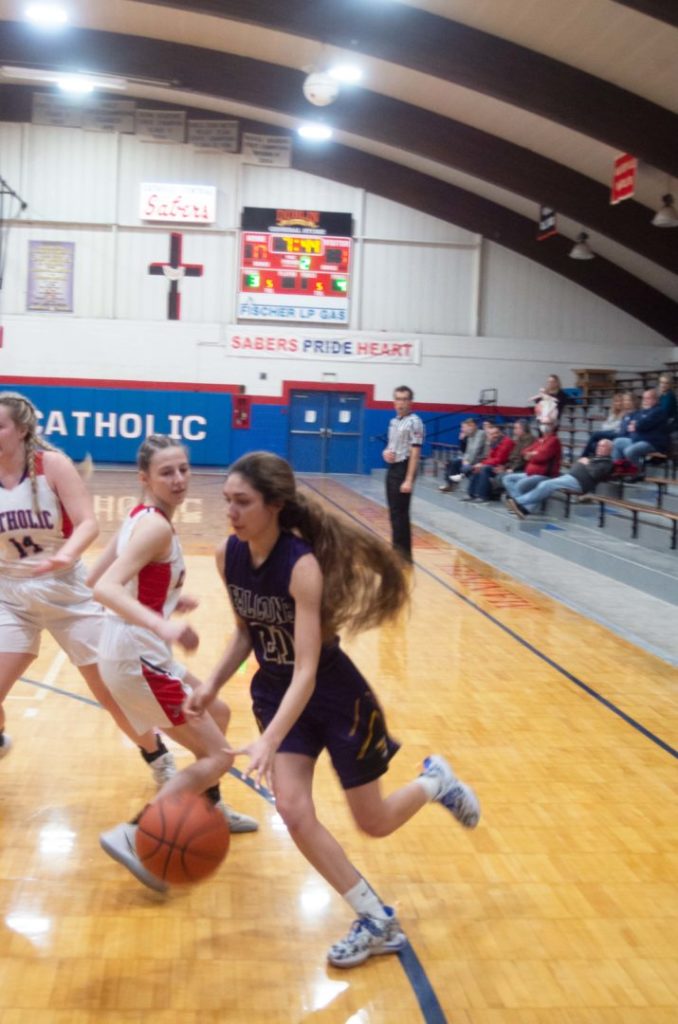 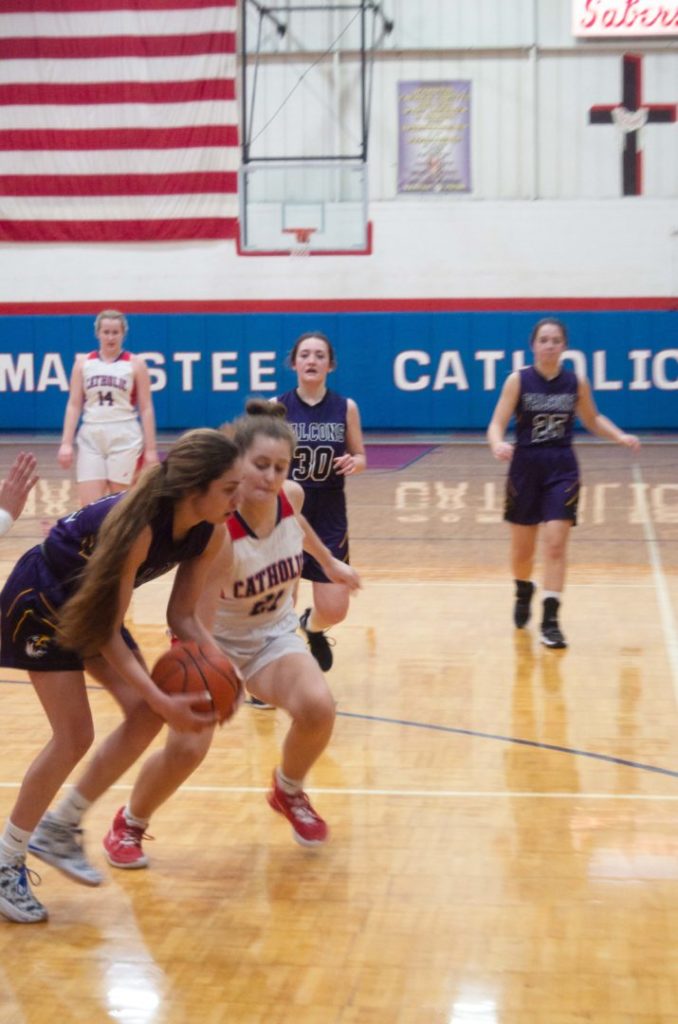 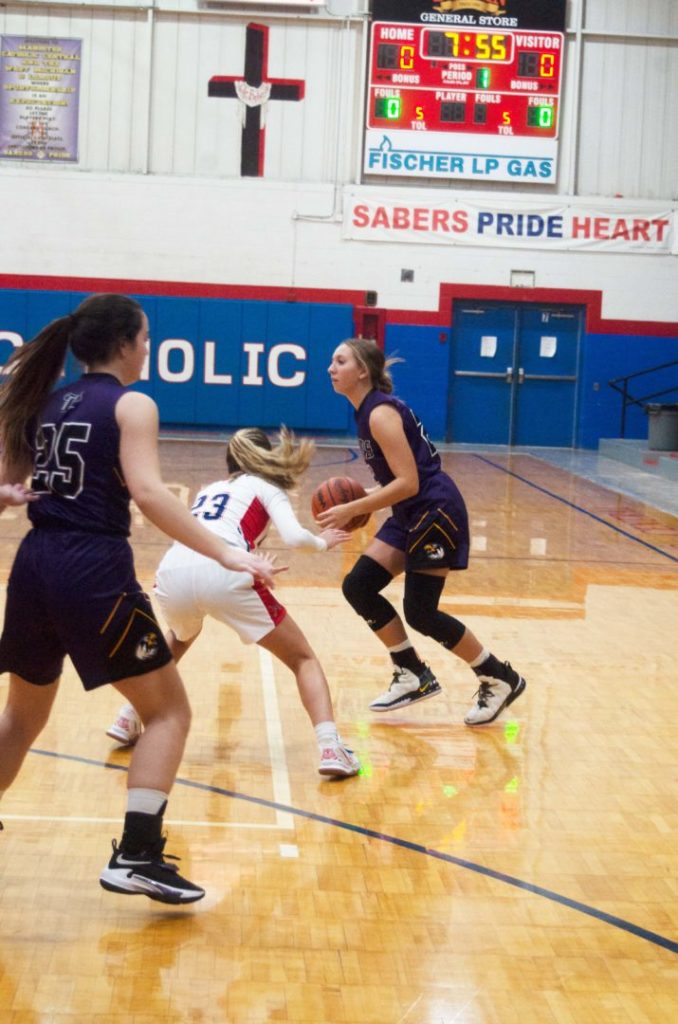 Pentwater volleyball team opens with a win on the road