Jacob May headed for Spring Arbor

FRUITPORT–Fruitport Calvary Christian’s Jacob May will continue his basketball career next season at Spring Arbor University.

May played a crucial role as a leader both on and off the court for the Eagles. He led the Eagles to a solid 16-6 record by averaging 14 points and seven assists. The Eagles reached the Division 4 district finals before falling to Muskegon Heights.

“He’s the quarterback of our team,” Calvary Christian coach Brad Richards said. “Very few players will ever match Jacob’s work ethic in the off-season to work on his game and improve. He has a motor that won’t quit. He just never leaves the gym.”

May garnered second team all-conference honors and was instrumental to the Eagles earning their first-ever mention in the Associated Press state rankings. 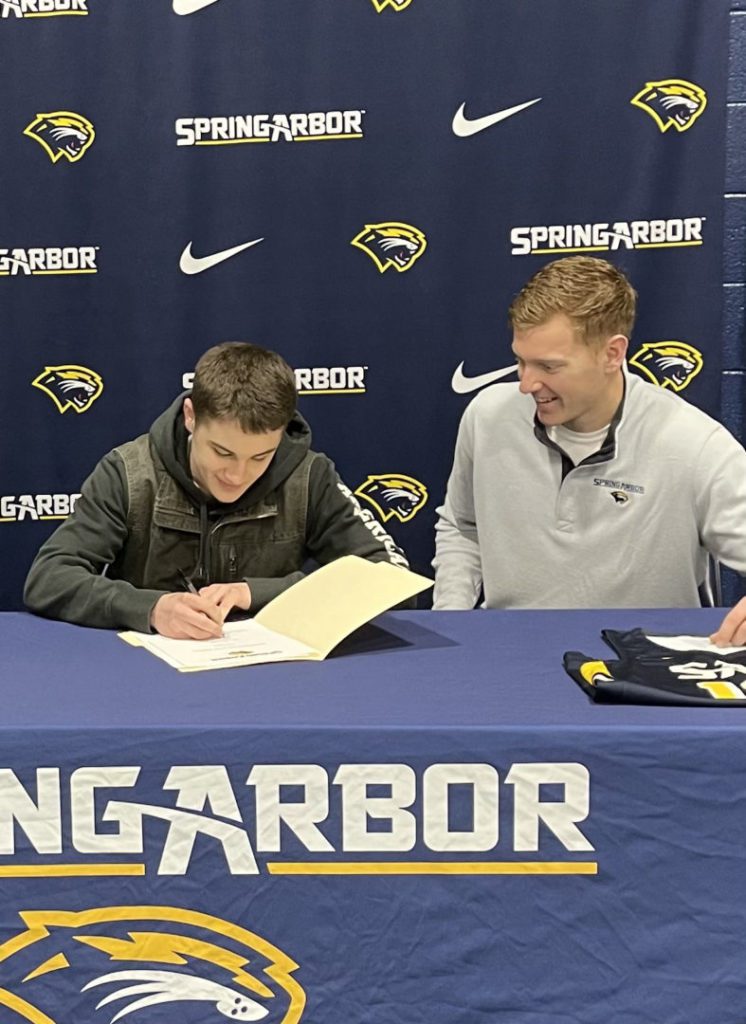