SHELBY – Sometimes the best advice comes in the simplest forms.

For senior guard Joseph Hayes, when he’s feeling the butterflies flutter in his stomach for some pressure-packed free throws, his coach at Shelby High School, Rick Zoulek, will occasionally give him advice that he must have picked up somewhere along the way during his 37 years of coaching experience. 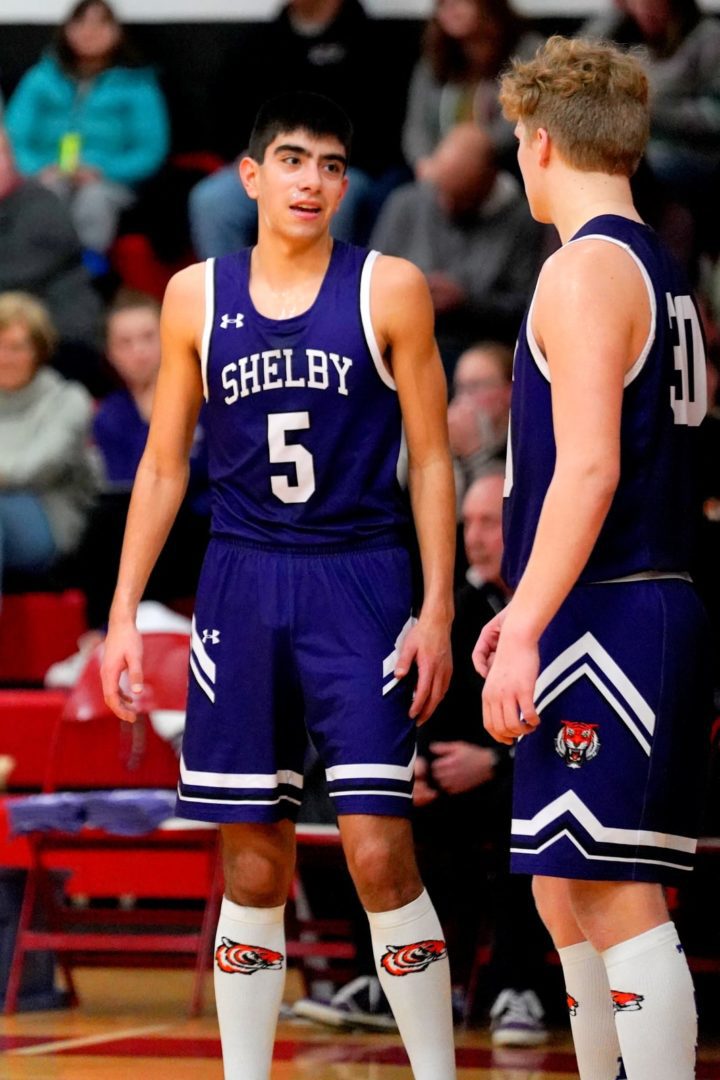 “He’ll just tell me to smile,” said Hayes. “And just by doing that, it helps calm me down.”

Hayes and the rest of his teammates have had a lot to smile about this winter for a rejuvenated Shelby varsity boys basketball team, which at 12-8, is sporting their first winning record since the 2015-16 season.

Hayes, as a senior leader, has been the catalyst for the Tigers’ success, elevating his game in numerous areas, including being one of the most accomplished scorers in the West Michigan Conference. Hayes is the top scorer in the league at 23 points per game, which includes a 40-point outburst against rival Hart on Jan. 28. He’s also averaging nearly eight rebounds, 2.3 assists and 2.3 steals per game.

Standing at 6-foot-1, Zoulek said Hayes won’t blow the doors off with his athleticism, speed or leaping ability, but he possesses the intangibles that allow him to flourish.

“He’s put in a lot of time in the off-season,” Zoulek said. “He played in a travel league during the summer, and in the fall, he’d come in twice a week before school to work on his game.

“He just finds ways to score. He’ll hit a couple threes, he’ll hit some free throws and he’s not afraid to get into the lane and draw contact. He just has an uncanny way to find ways to finish. He’s a tough guard.”

Zoulek said this about Hayes on the bus ride home on Feb. 24 after he had scored 27 points and grabbed 20 rebounds in a non-conference win over Orchard View, so the praise is definitely validated.

Hayes agreed with his coach’s assessment, saying he takes pride in beating opponents by “playing smarter.”

“I’m not the fastest out there, but I know when to attack and do other things that help my team win,” Hayes said. “Things like knowing how to draw contact when bigs are trying to block me when I’m driving.” 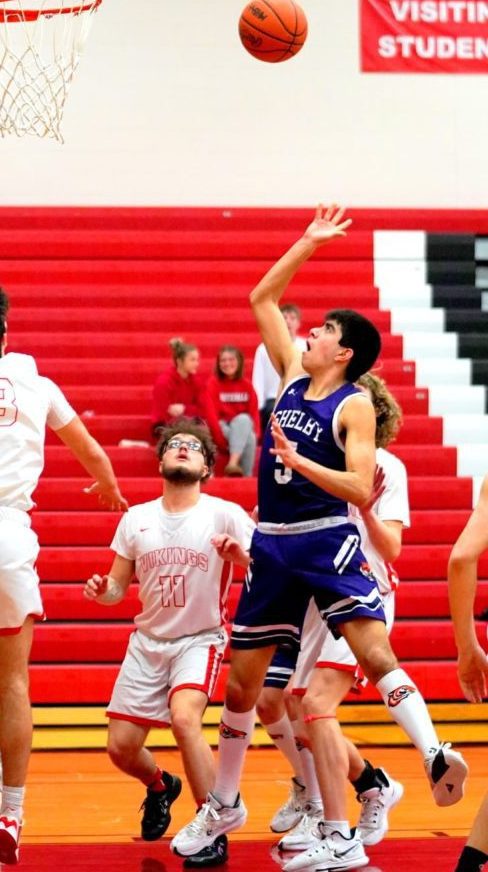 Hayes said what’s more important than filling up the stat sheet is bringing success to Shelby, especially in the postseason. So far, a district championship has eluded Shelby during Hayes’ career. As a freshman, the Tigers were upset by Hart; as a sophomore, Covid-19 shut down the season before the district finals could be played; and as a junior, the Tigers suffered another upset loss, this time to Muskegon Catholic Central.

This year, Zoulek said his team has been better at winning close games, which could serve the Tigers well in tense moments in districts. The Tigers received a first-round bye, and will face the winner of North Muskegon or host Western Michigan Christian on March 9 in the district semifinals. On the other half of the bracket, Holton will face the winner of Hart or Hesperia.

“We’re handling the ball better, and our guards are handling the press and getting into the open floor much better this season,” Zoulek said. “Our turnovers are way down. Still, we don’t have a lot of size and we’re not deep. We have three sophomores, three juniors, two seniors and a freshman.”

But Hayes said he loves the “togetherness,” of this year’s squad.

“We celebrate each other’s success,” he said. “I’d say a few differences with this team is our team chemistry. We’ve got guys who know how to fill their roles and everyone is playing up to their potential.”

Junior post Bishop Lee has been a good sidekick to Hayes, as he’s averaging around 12 points and 10 rebounds a game.

Embracing the team aspect of the sport is something Hayes learned when he first started playing under his uncle as a first-grader in a White Lake youth league. Although he also plays soccer and baseball, Hayes said by the time he was an eighth-grader, basketball was his No. 1 love. He’s been on varsity at Shelby since a freshman and Zoulek said he really started to come on during the second-half of his junior season.

“Once he gets a little stronger, he could be even better, if he wants to keep playing (at the next level),” Zoulek said.

Hayes said he’s reached out to Grace Christian University in Grand Rapids, and Michigan Tech University to see if their coaches would be willing to take a closer look at his game. Maybe they’d even notice a smile or two at the free throw line.

Check out a few photos of the Tigers during the regular season, shot by Leo Valdez 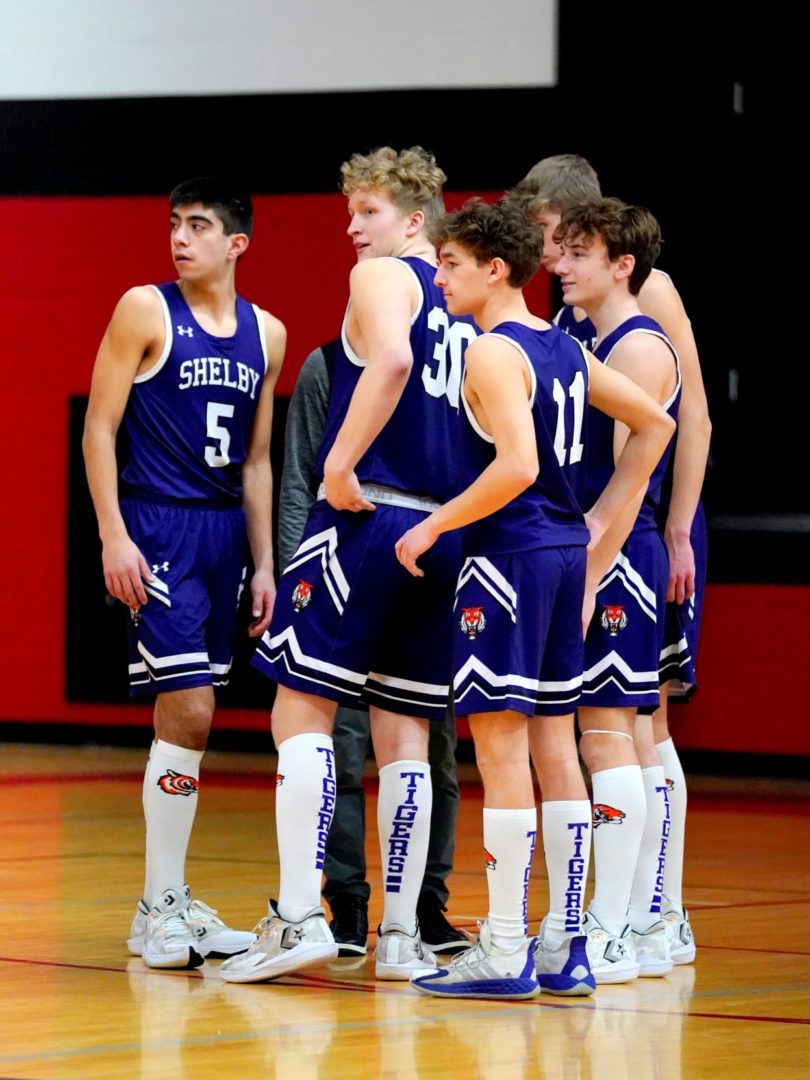 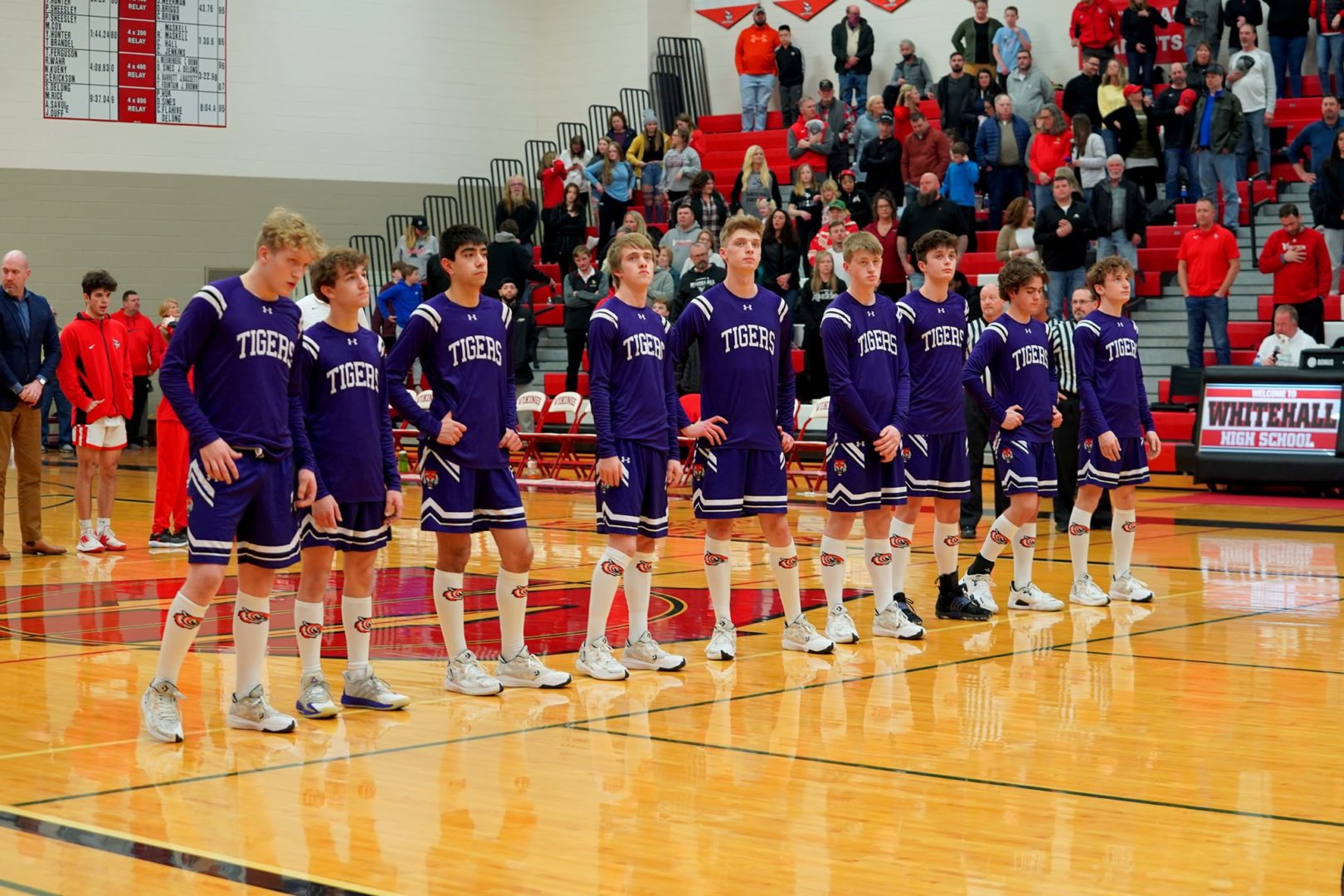 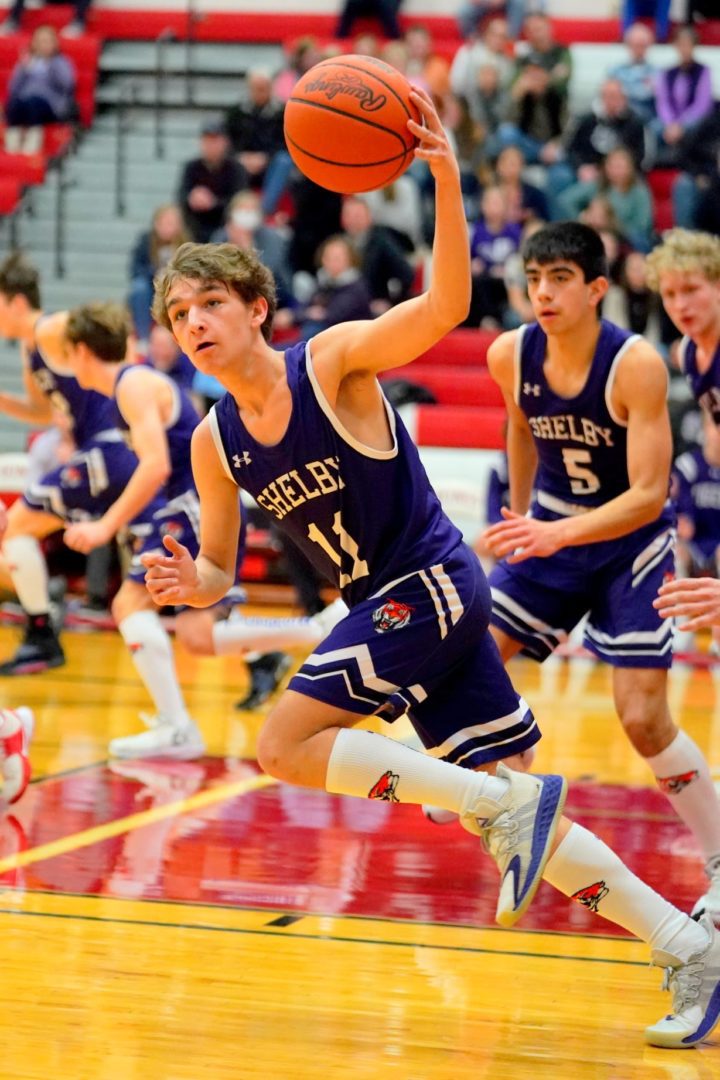 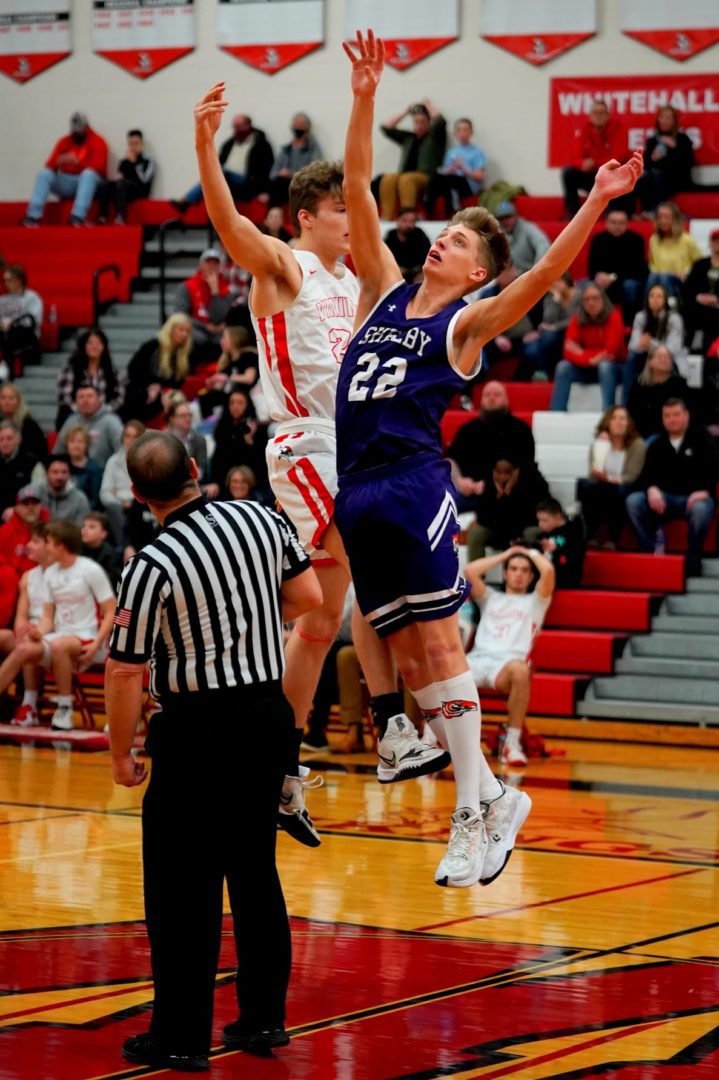 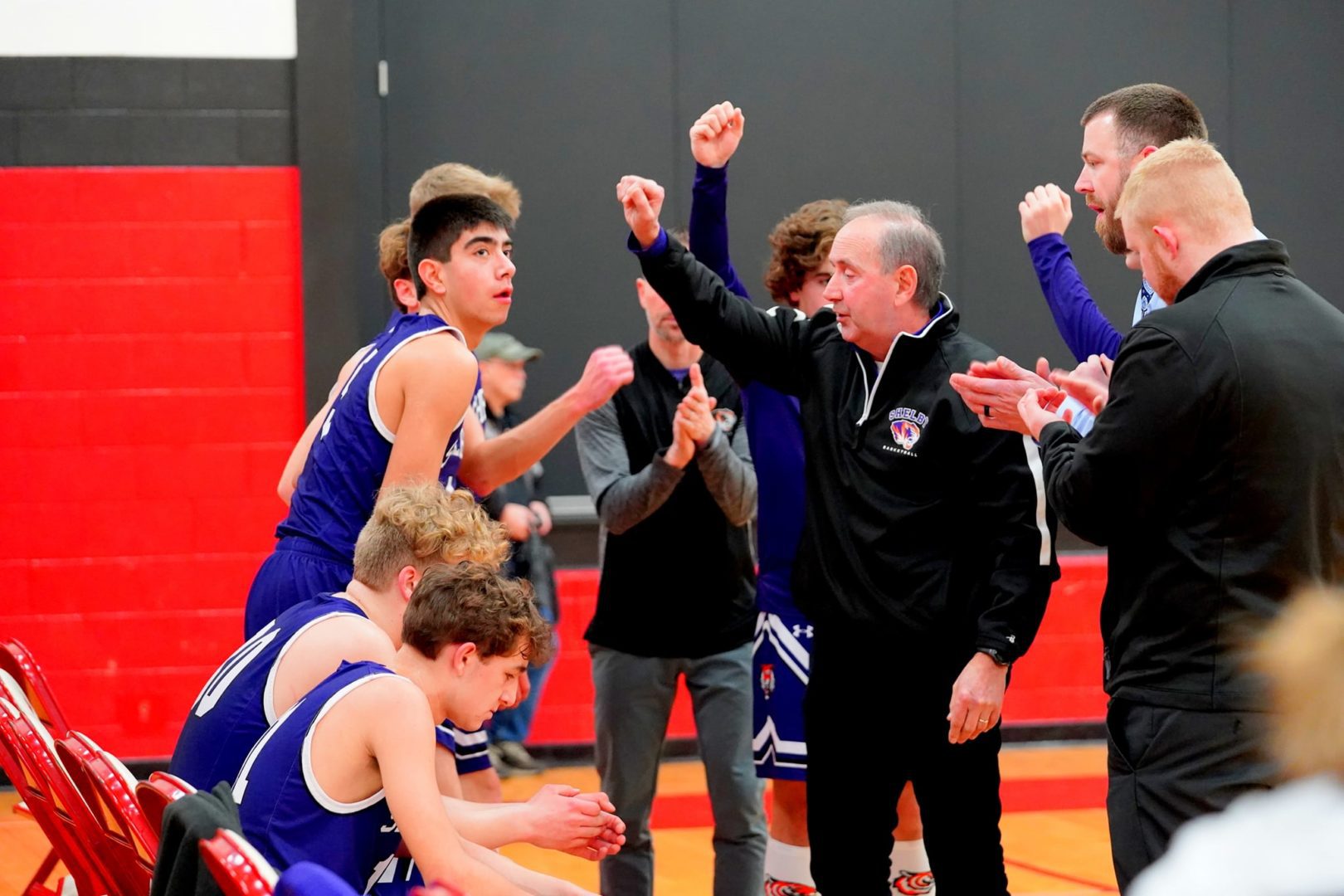 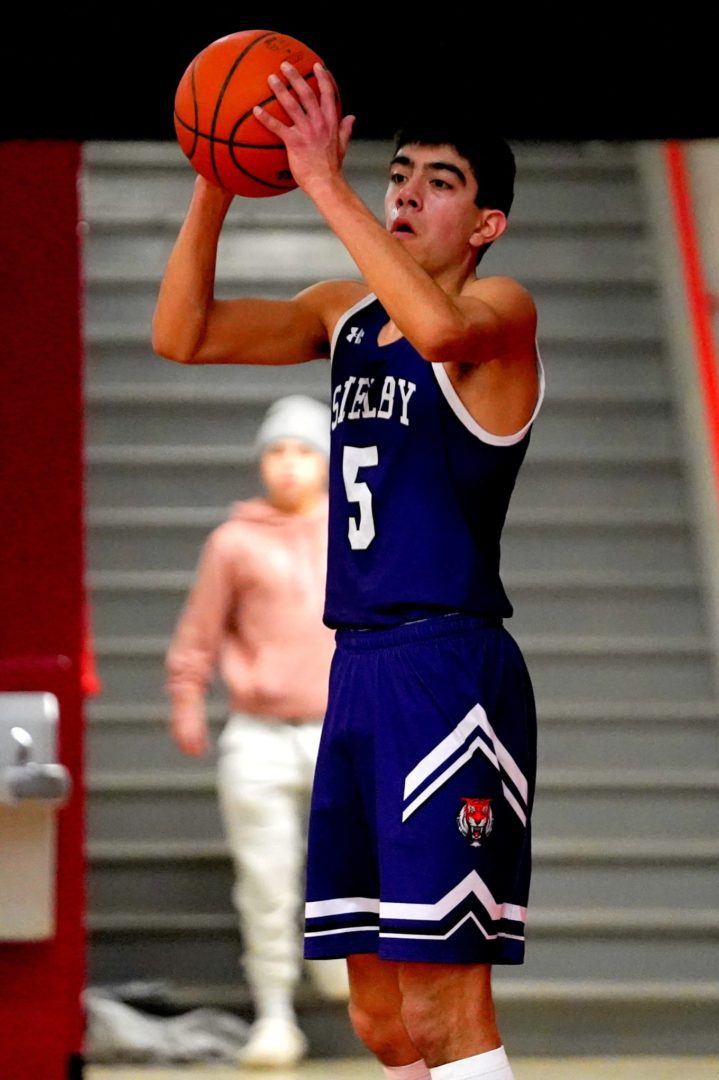 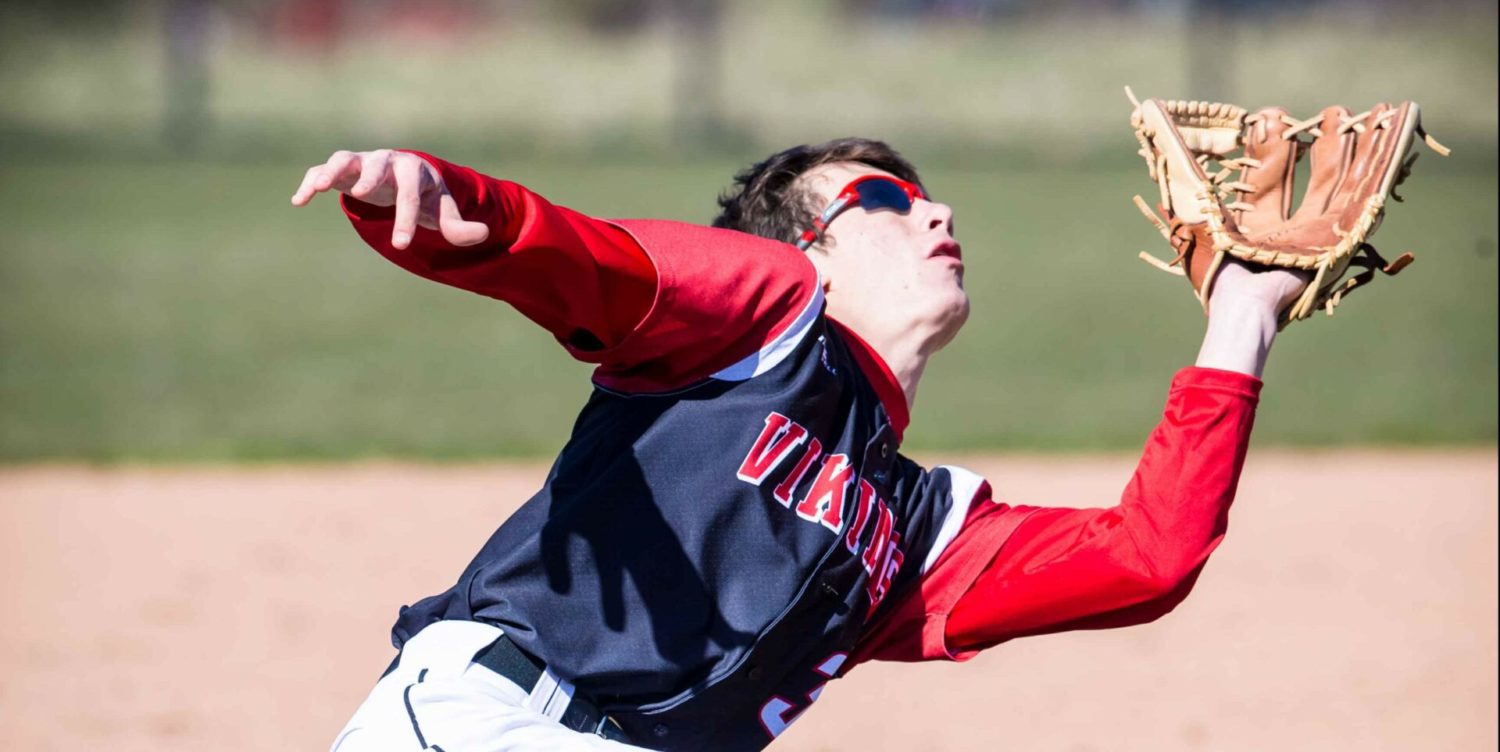