MUSKEGON–For the second time in school history, the Mona Shores baseball team will play at the home of the West Michigan Whitecaps.

The most recent OK Conference championship for the Sailors was in 2019 when they split the OK Black division title with Jenison, and they have won the last three Greater Muskegon Athletic Association championships.

As of the date (Monday, April 18) the Sailors are 7-0 on the season with a 3-0 record in the OK Green division. The strong start this season has been paced by the following individual performances:

Junior Jaxon Huffman is 3-0 this season with 34 strikeouts, 6 walks, and zero earned runs through 14 innings. On Tuesday, April 12th against Grand Rapids Union, Huffman tied the school record for strikeouts in a game with 17, a record that goes back to 1965.

Tickets & Parking: General admission tickets will be $7 per person. Cash will be accepted at the gate but spectators can also purchase tickets via GoFan using the link below. There will be no charge for parking. Spectators are advised to park in the south lot and enter the venue through Gate A.

Concessions:  Concessions will be available from LMCU Ballpark staff.  Be advised that concessions are cashless.  No alcohol will be served.

Livestream:  Sailor Nation Sports Network will be streaming the game live from their YouTube page: https://www.youtube.com/c/SailorNationSportsNetwork

From the North (Traverse City):

Take 131 South toward Grand Rapids to Exit 91 (West River Drive.). Take a left at the light and the ballpark will be on your right.

From the East (Lansing / Detroit):

From the South (Kalamazoo):

Take 131 North through Grand Rapids until you get to Exit 91 (West River Drive). The ballpark is straight through the light. 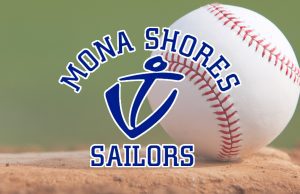 Whitehall wrestling squad advances to the state title match for the first time in history, before falling to powerful Dundee