The Major Arena Soccer League 2 crowned its 2022 champion on Sunday afternoon with the conclusion of its final-four weekend. 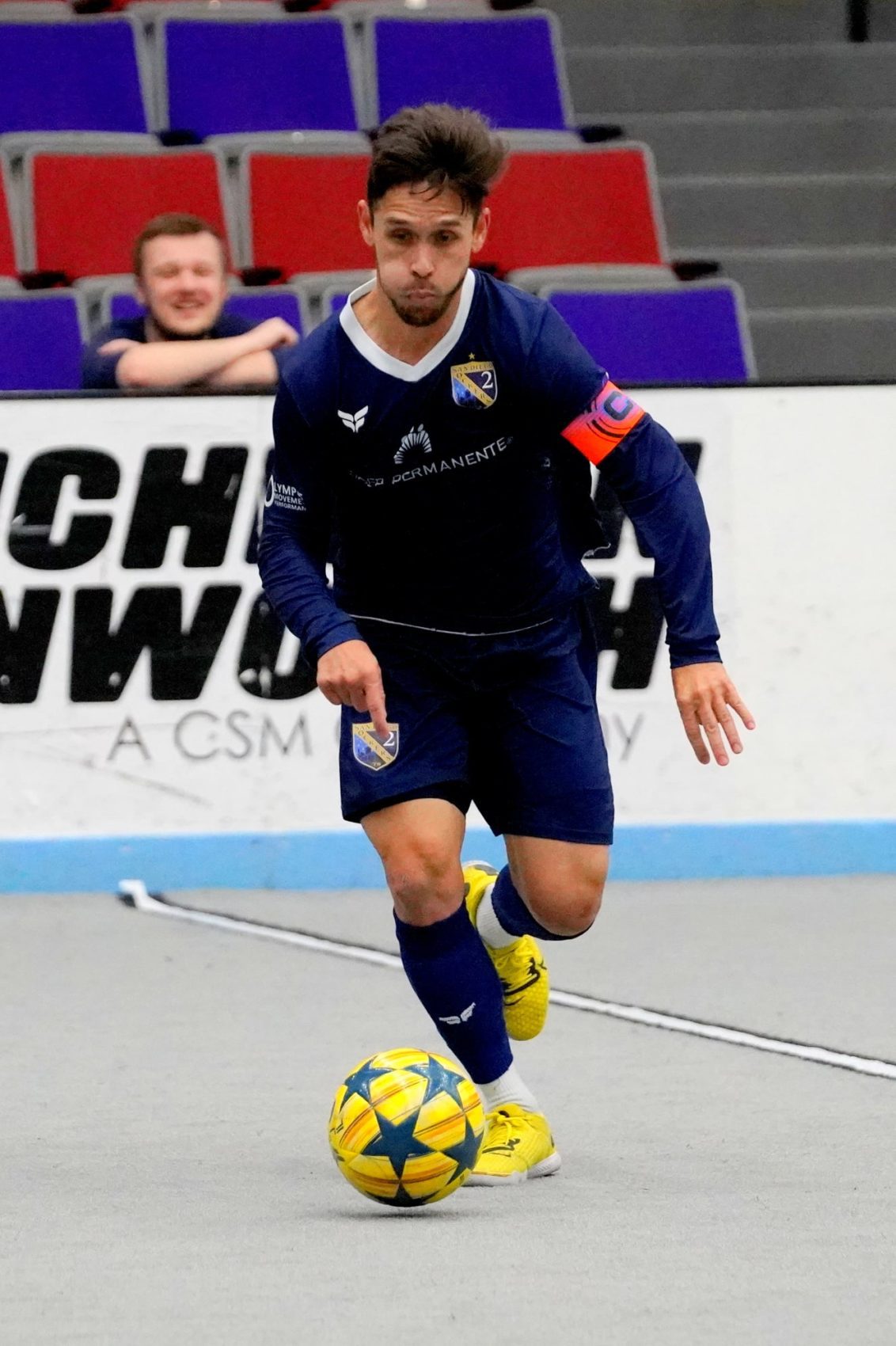 Using a big first half from forward Hiram Ruiz, the Sockers battled past Cleveland to win the title. Ruiz tallied his team’s first three goals of the game to pace the Sockers to a 4-3 lead at half time.

“Every time, I feel good for the team and organization,” said Ruiz about each goal he scored. “I play in the middle and to win the final is awesome.”

Cleveland battled back against the Sockers, getting a 2-1 lead with five minutes left in the first quarter.

Ben Hryszko tied the score, 1-1 for Cleveland, by taking a bouncing pass along the boards and volleying it into the upper-90. Mikey Derezic put the Crunch up 2-1 when he found the corner of the goal with five minutes left in the first quarter.

But Ruiz responded for San Diego with a goal to close out the opening quarter and then tallied the opening goal of the second quarter, giving the Sockers a 3-2 lead.

Cleveland again tied the score on Derezic’s second goal of the half, this time off a head ball that was just out of the reach of San Diego goalie, Gerardo Olvera.

Ismeal Rojo took the air out of Cleveland’s sails when he put his San Diego team up, 4-3 with 13 seconds left in the first half.

The two teams battled evenly to start the second half and Cleveland nearly struck first when Admir Suljevic hit the post halfway through the third quarter.

Luis Perez gave San Diego the lead for good, 5-3, deflecting a Rojo shot into the back of the net. 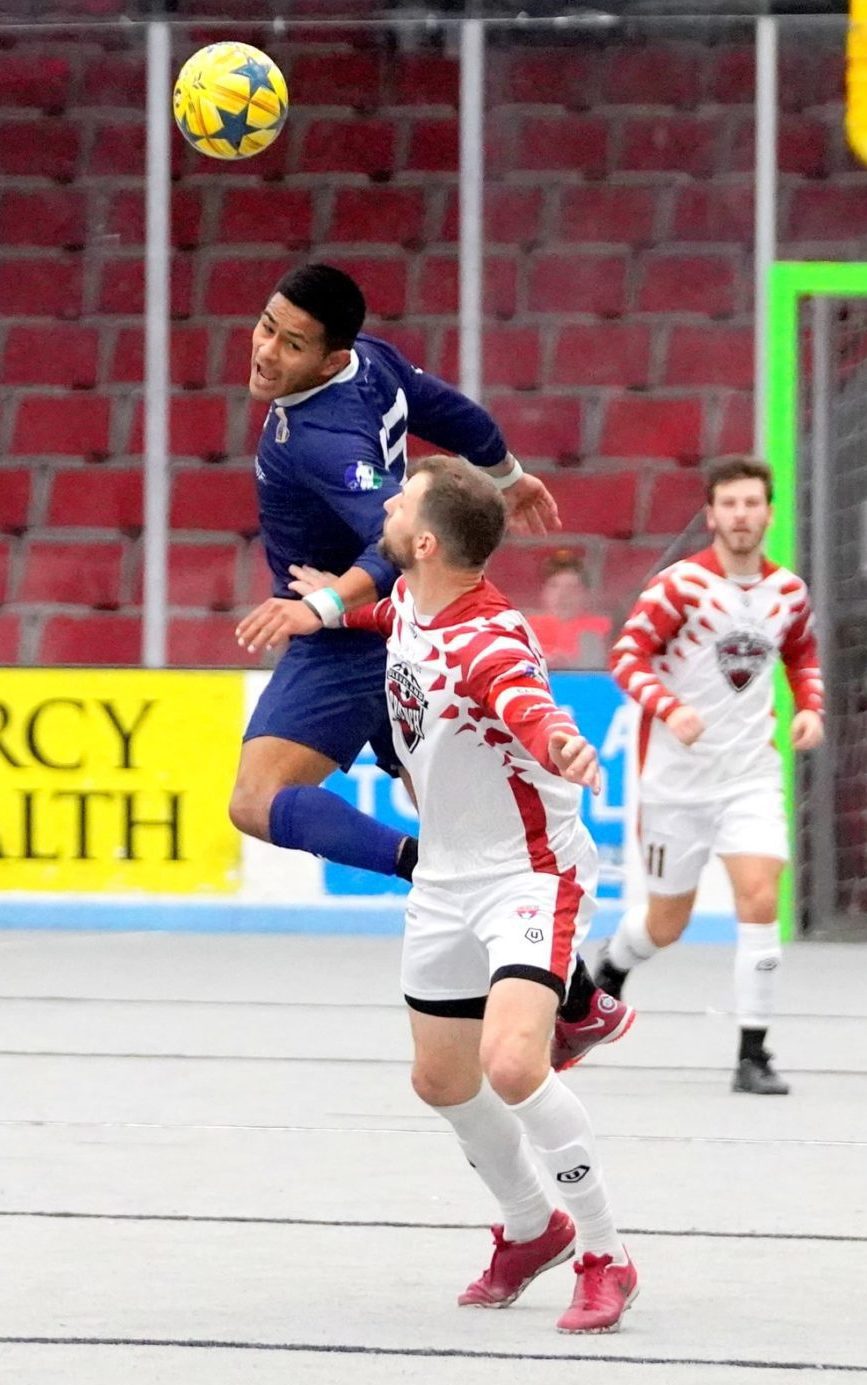 San Diego tacked on another goal in the third from Alaberto Catellanos and finished off the Crunch with Rojo’s second goal of the night as time winded down.

“We didn’t need to score more goals at the point,” said San Diego Coach Louis Kastelic about his team’s 6-3 lead it built in the second half. “We needed to be solid, be patient and we worked it out.”

Derezic completed the hat trick for Cleveland, scoring his team’s lone goal of the second half.

“Keeping the ball away from them, have control as much as possible and we had to capitalize on the opportunities we had,” said Kastelic. “I was very proud we followed along to the game plan.”

The championship game capped off an exciting weekend of soccer in Muskegon. The Muskegon Risers nearly reached the finals but succumed to Cleveland on Friday.

“The atmosphere here on Friday was electrifying,” said Kasteic about the crowd at the Risers’ game. “I was impressed with the fans and families and how well the team connected with them.” 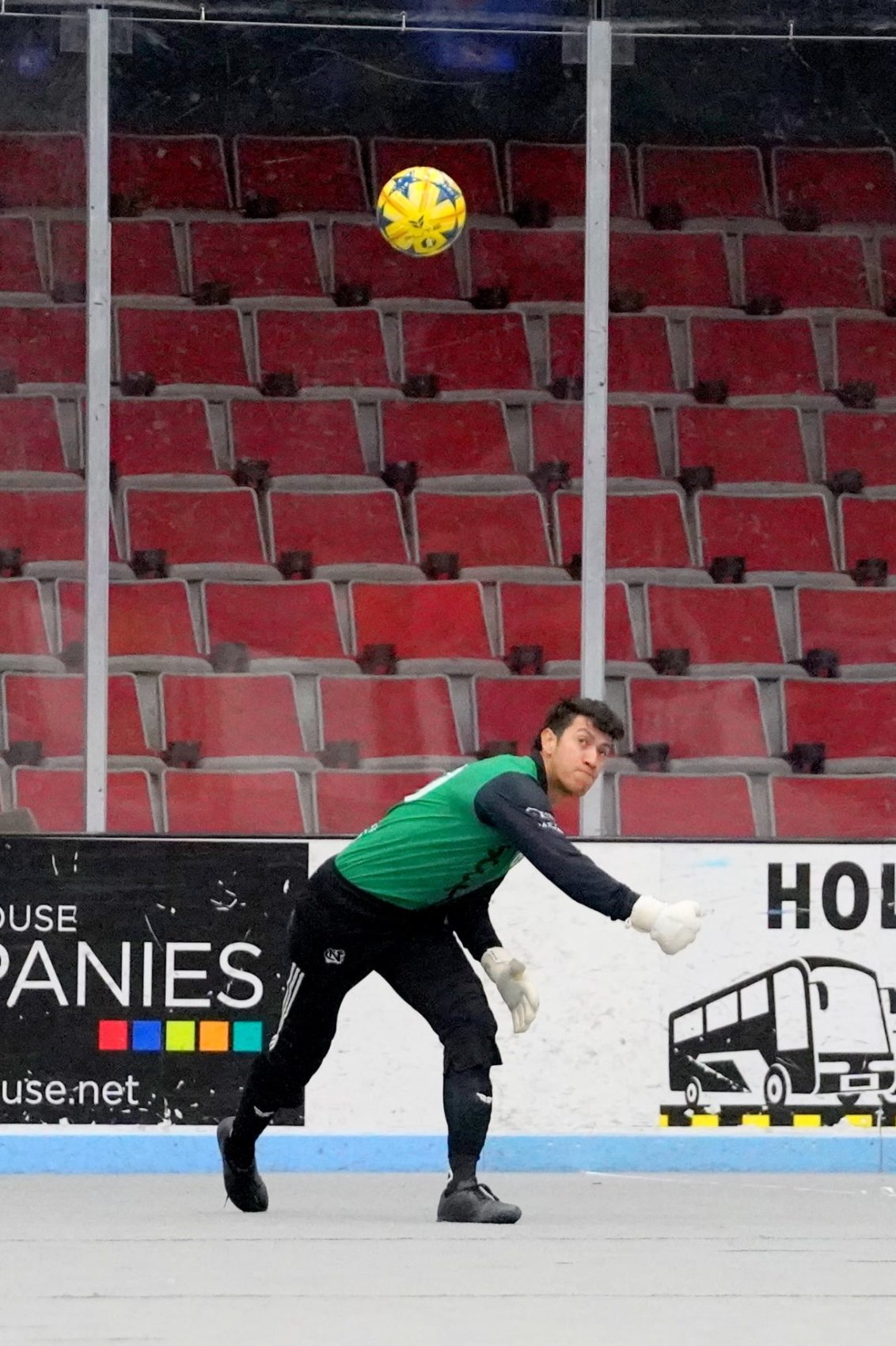 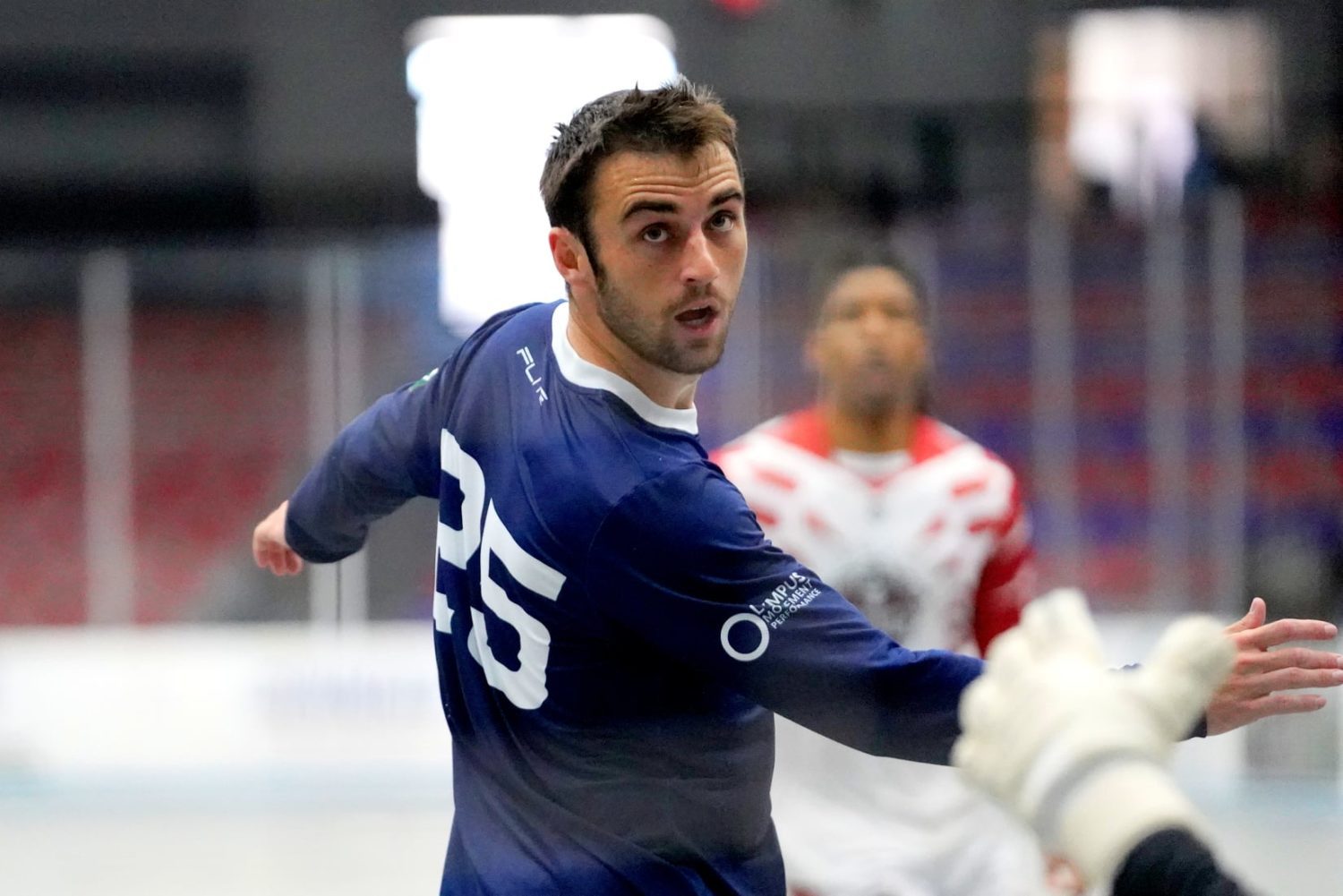 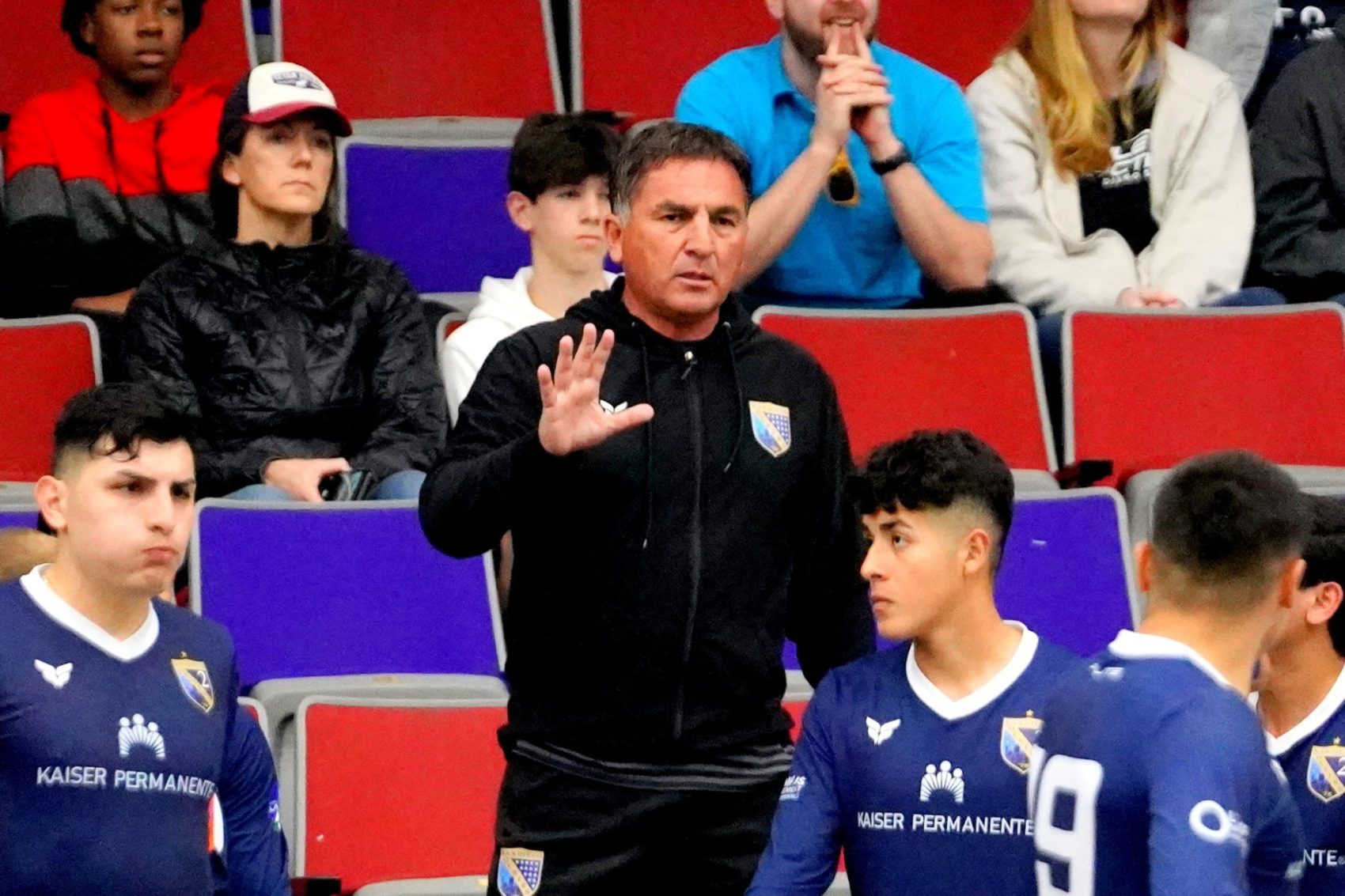 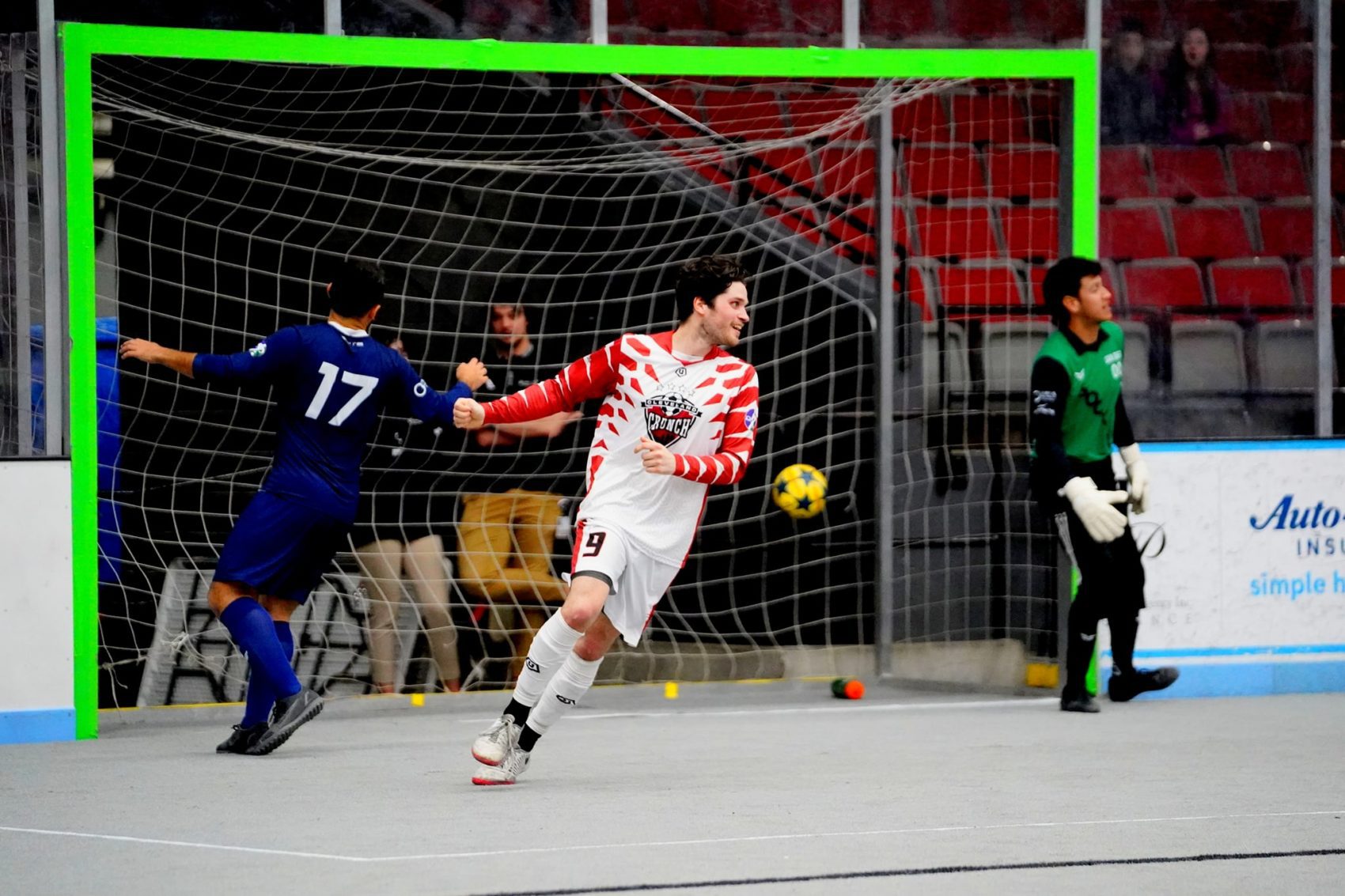 No. 9 Kurt Rainey looks back at his teammates after a Cleveland goal. Photo/Leo Valdez 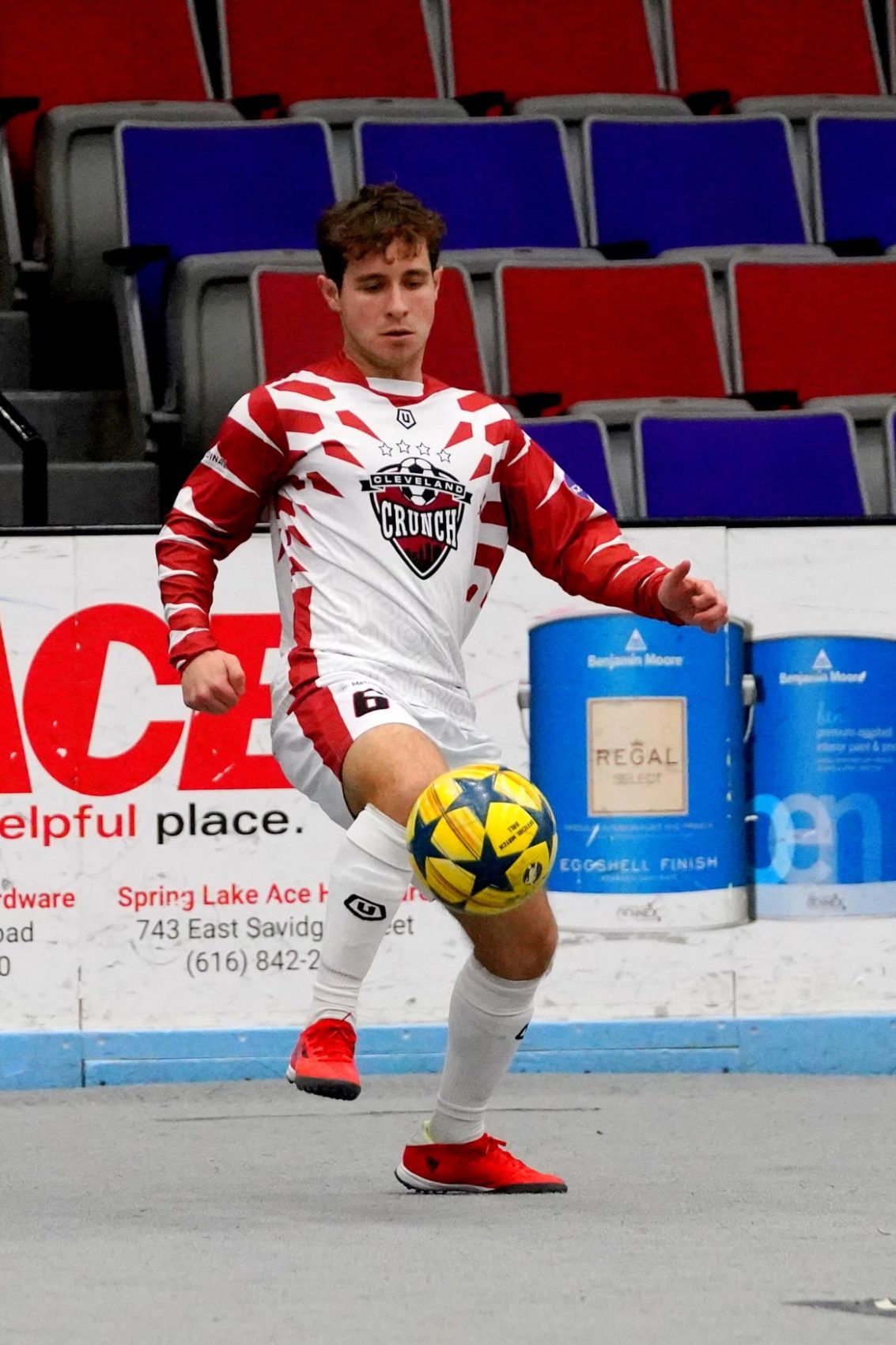 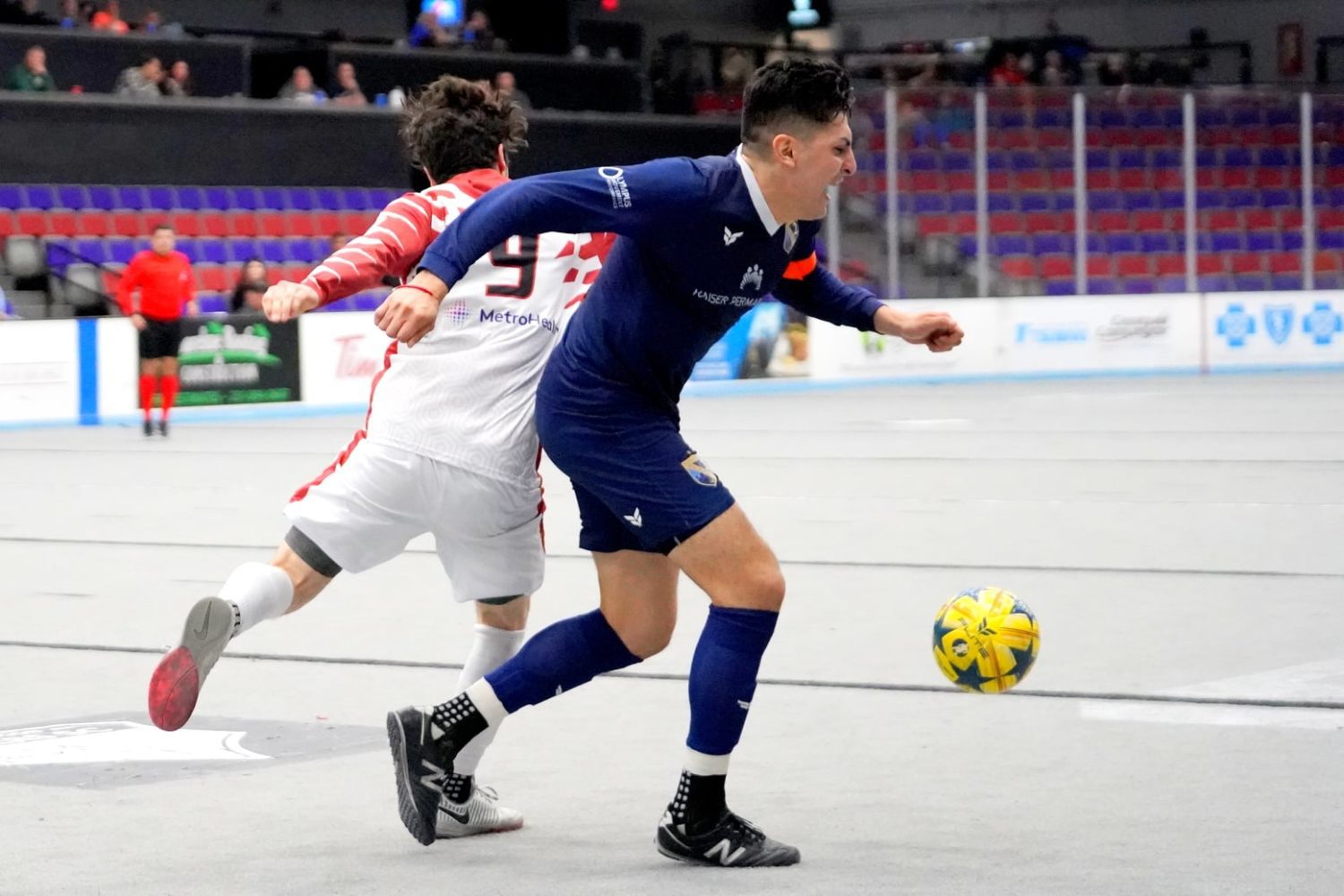 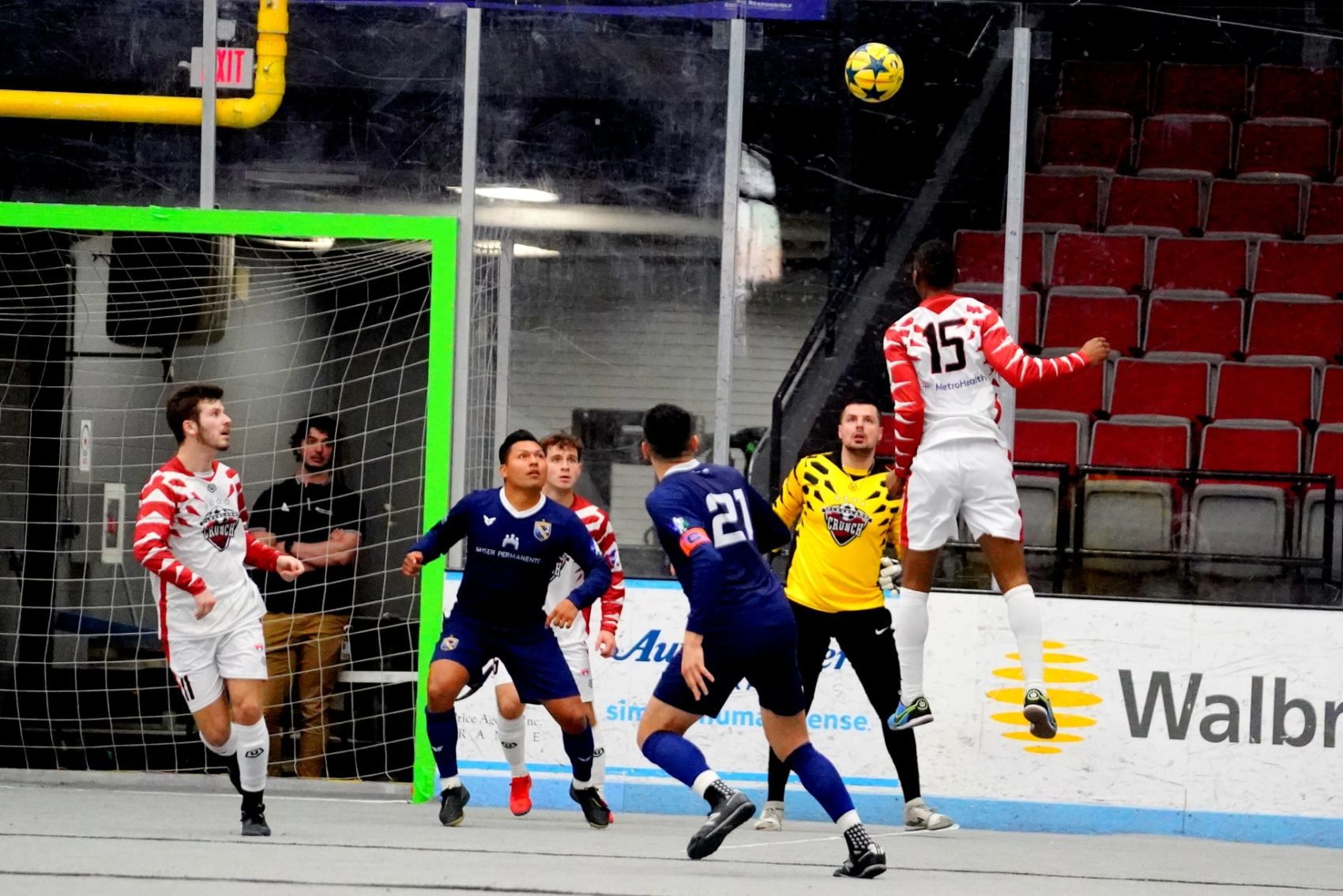 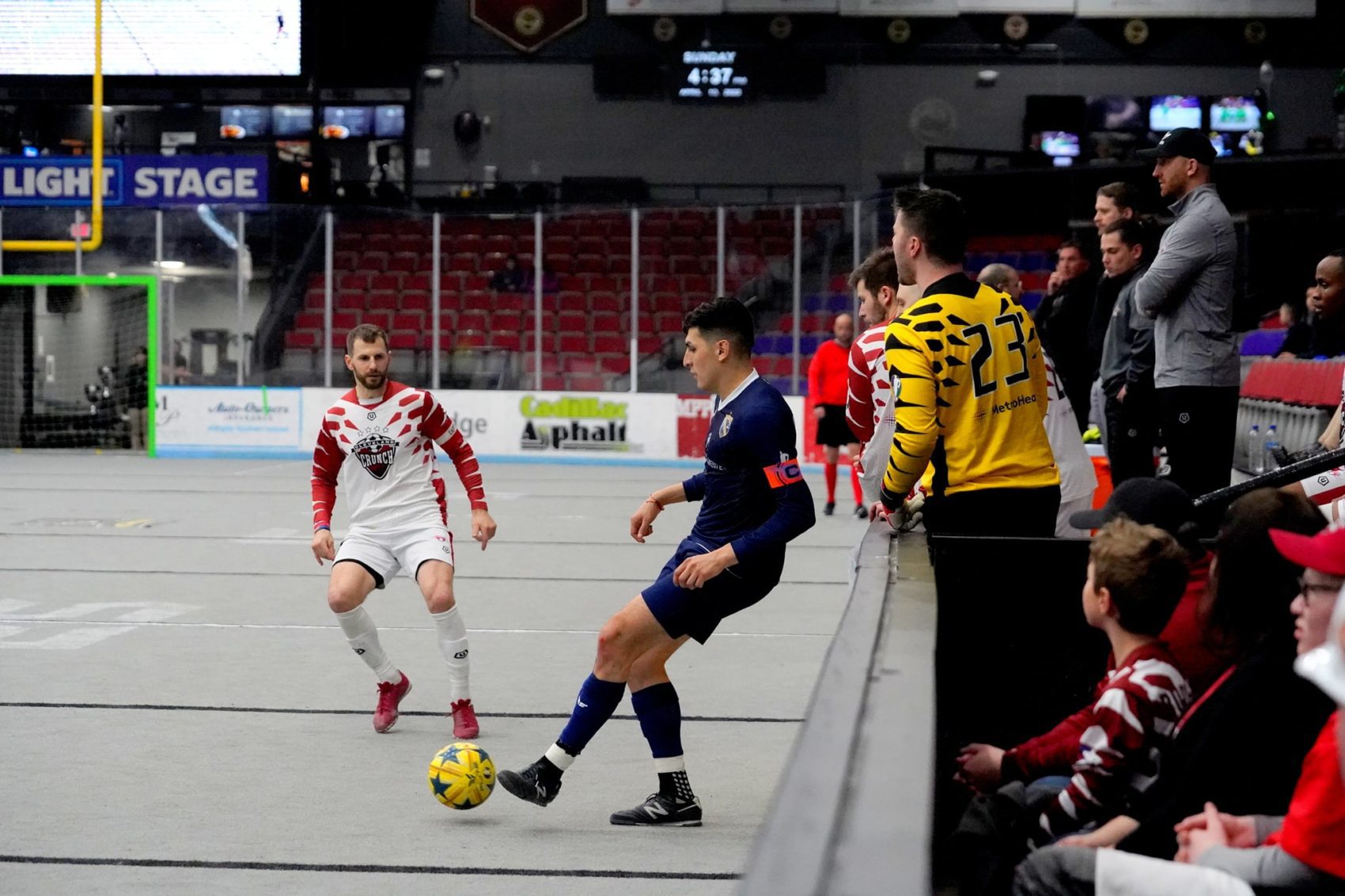 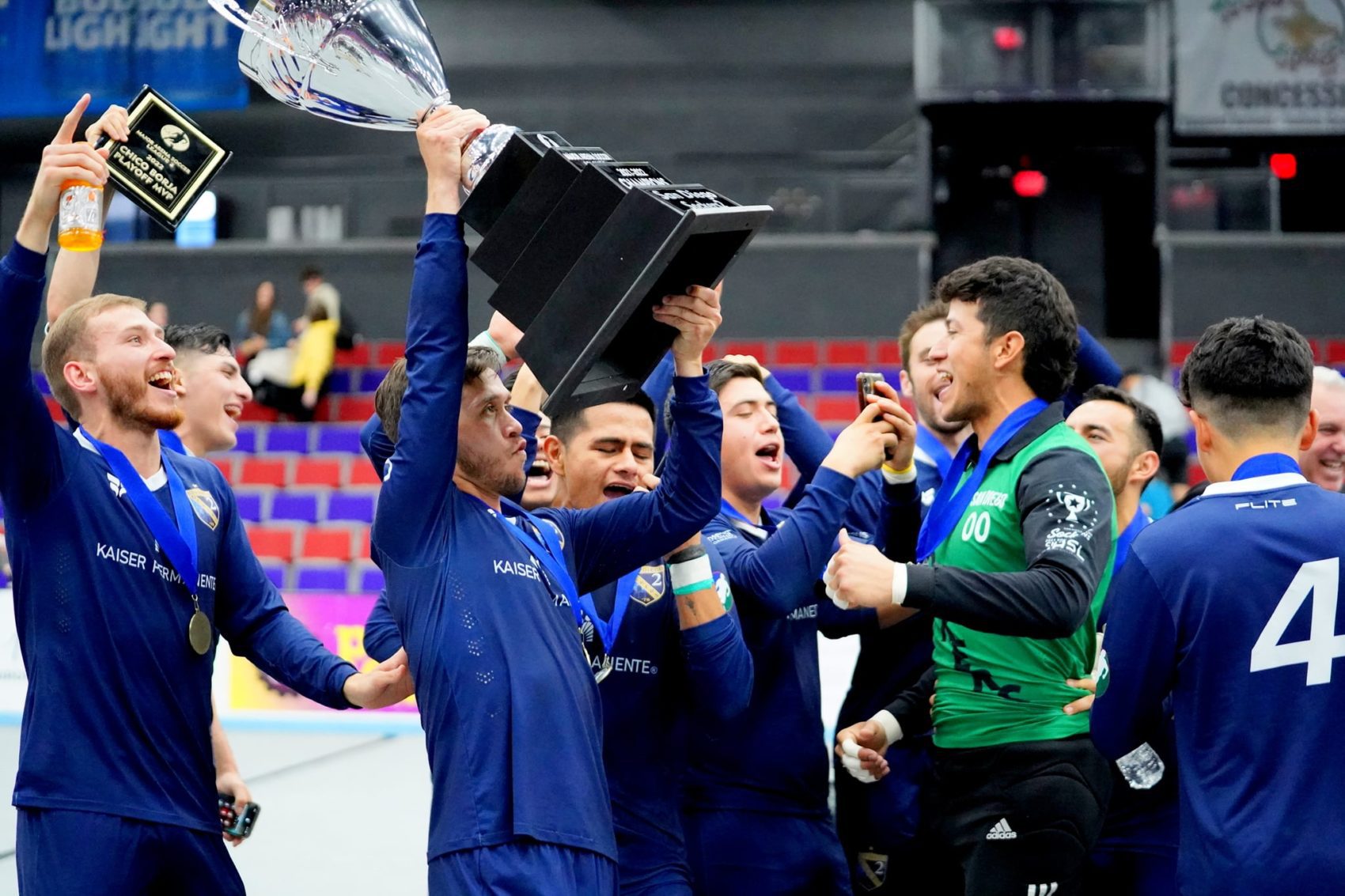 Flagstead leads Montague over Whitehall in Class B volleyball semis