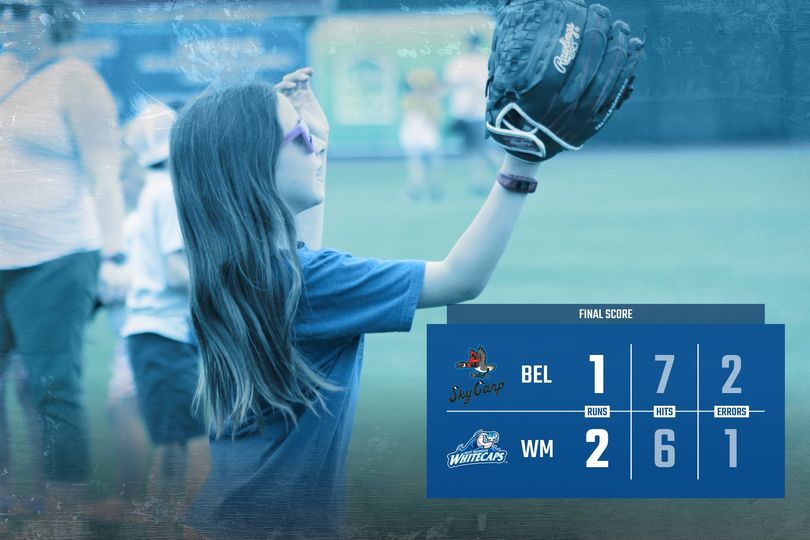 COMSTOCK PARK, MI – In a low-scoring duel, the West Michigan Whitecaps outpitched the Beloit Sky Carp in a 2-1 win in front of 6,857 fans Sunday afternoon at LMCU Ballpark.

Whitecaps starter and Tigers Top-10 prospect Dylan Smith silenced the Sky Carp, tossing five innings while allowing one unearned run as ‘Caps pitching held Beloit to an 0-for-4 mark with runners in scoring position on just one strikeout in the slim victory.

LMCU Ballpark saw nearly 22,000 fans come through its gates during the weekend in West Michigan.

Sky Carp outfielder Davis Bradshaw crossed the plate on a fielding error in the second inning to put Beloit in front 1-0. Beloit managed only one base runner through the following three innings.

Bryant Packard evened the game on an RBI-single in the fourth before Josh Crouch lifted a sacrifice fly, scoring Corey Joyce and forging the Whitecaps in front 2-1.

Tanner Allen and Marcus Chiu laced back-to-back base hits before Angeudis Santos drew a walk to load the bases with two outs in the seventh inning.

However, the Sky Carp didn’t capitalize as Nasim Nunez grounded out to end the bases-loaded jam and keep the score at 2-1.

‘Caps relievers Angel Reyes and Andrew Magno combined for two innings of shutout baseball to secure the ‘Caps first series win since the first six-game set against the Lansing Lugnuts.

Beloit starting pitcher Zach King (1-2) allowed two runs through five innings in his second loss of the season, as Smith (3-3) picked up his third win. Magno pitched a scoreless ninth in collecting his third save.

The Whitecaps struck out a season-low one batter in what turned out to be an unconventional victory.

The West Michigan Whitecaps hit the road to Parkview Field in for a six-game series against the Fort Wayne TinCaps beginning Tuesday at 6:35 pm. Righty Ty Madden, a Detroit Tigers Top-10 Prospect is scheduled to pitch for West Michigan. Broadcast coverage with Dan Hasty starts on the Whitecaps Baseball Network at 6:20 pm. Get your tickets for all 2022 home games now at www.whitecapsbaseball.com.