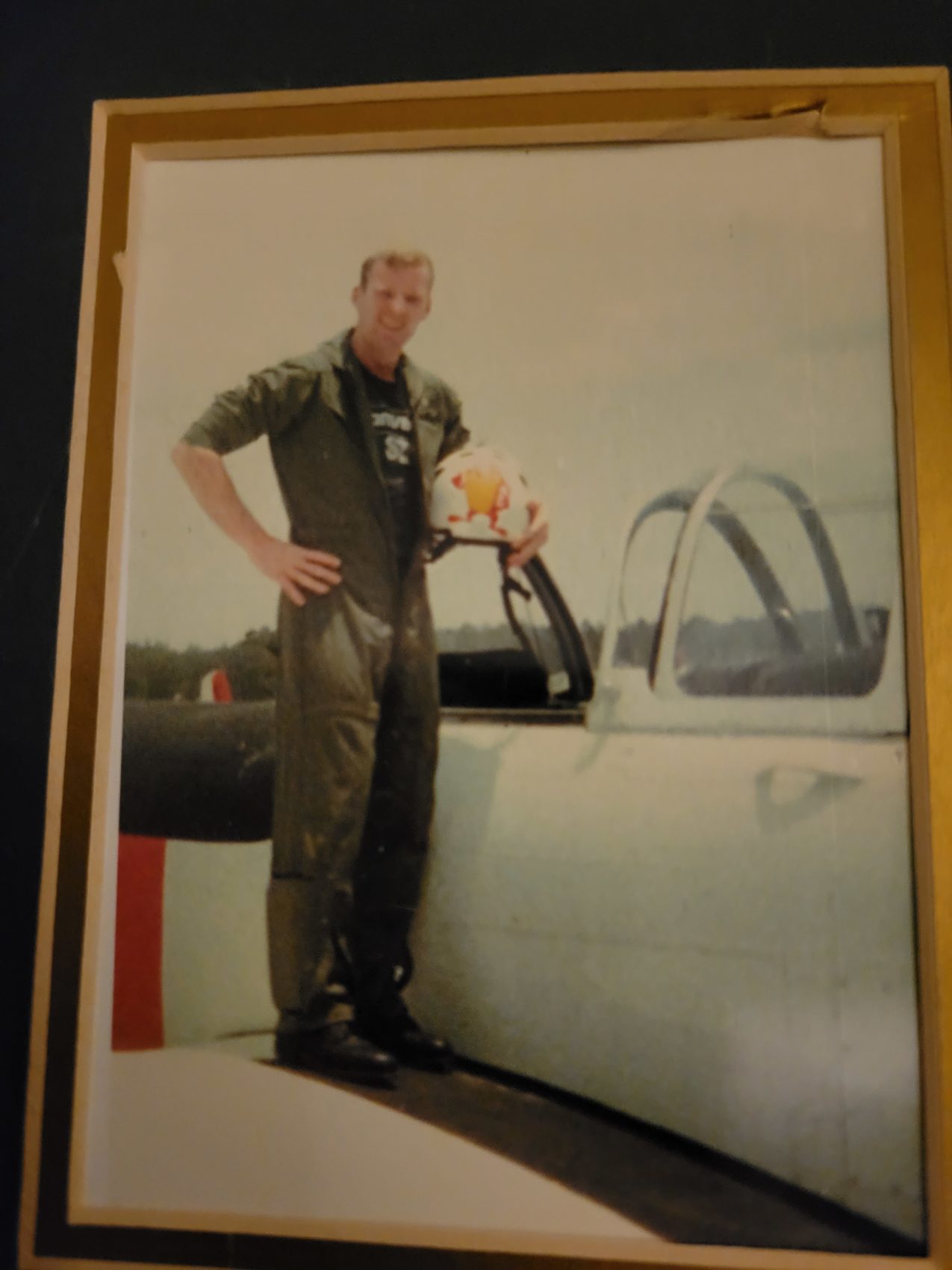 NORTON SHORES–Former Spring Lake and Western Michigan Christian Interim athletic director, Cavin Mohrhardt, served both in the local community as well as serving his country as a member of the United States Marines Corps for 21 years.

Prior to joining the military, Cavin graduated from Alma College with a BS and played college basketball and ran track. He also went on to receive a Masters at Western Michigan later in his academic career.

“All of my educational experiences were great,:” Mohrhardt said. “Spring Lake was an excellent school with great teachers and coaches that prepared me for college and life. Alma was a great fit for me and allowed me to participate in two sports, basketball and track. Again, the facility and coaches were personal and cared about students.”

In 1986, Cavin returned to Spring Lake and was hired by his former high school football coach, Tom Hickman, to serve as a study hall monitor and coach track, JV basketball, and JV football. In 1987, Mohrhardt was named the varsity coach for the Spring Lake boys basketball team as well as the assistant athletic director. In 2003, Cavin was named the athletic director and retired in 2021. He was recently named the interim athletic director at Western Michigan Christian and plans to retire for a second time shortly. Recently, WM Christian did fill its AD vacancy.

As previously mentioned, Cavin began his teaching career as a study hall monitor while he was going back and getting his teaching degree. Then, he taught 8th grade Health and PE for 18 years. After accepting the AD position at Spring Lake, he moved up to ninth grade to continue teaching.

“In reality this is my second retirement,” Mohrhard said. “ I retired from SL in 2021 and became the interim AD at Western Michicgan Christian in January for this short time. When I retired from Spring Lake, my wife, Pam and I did some traveling. We spent a month traveling the Route 66 route and visiting our son in California and many of our friends throughout the Midwest. We hope to travel and volunteer in the upcoming months and years. Maybe even get back into coaching?”

Mohrhardt also said that his coaching career helped him during his time in the Marines and vice versa. Both careers taught Cavin leadership, patience, team building, flexibility and ownership. Taking care of the people that take care of you and others.

Mohrhardt was especially thankful for his family during his career.

“My wife, Pam, of 33 years is a remarkable woman whom I could have never done what I do without her support and understanding,” Mohrhardt said. “She was there at every game and understanding when I was not home at nights or on weekends. She never said anything when I would take off on the weekends, twice a month, to go to Chicago to my squadron for drill weekends. I have two boys that she raised as fine young men. CR and Christian. CR is out in California and Christian is a teacher, coach, and assistant AD at Western Michigan Christian. It has been a fulfilling time being able to work with him these past few months.”

Cavin’s has some sage advice to offer current and future coaches and high school athletes.

“Have fun doing what you do,” he said. “The most important thing is not always about you but the athletes you are coaching or the teammates you have on your team.”

Thank you to Cavin for his service in the military and in the local communities.