Know them, if not by name, then by their spirits 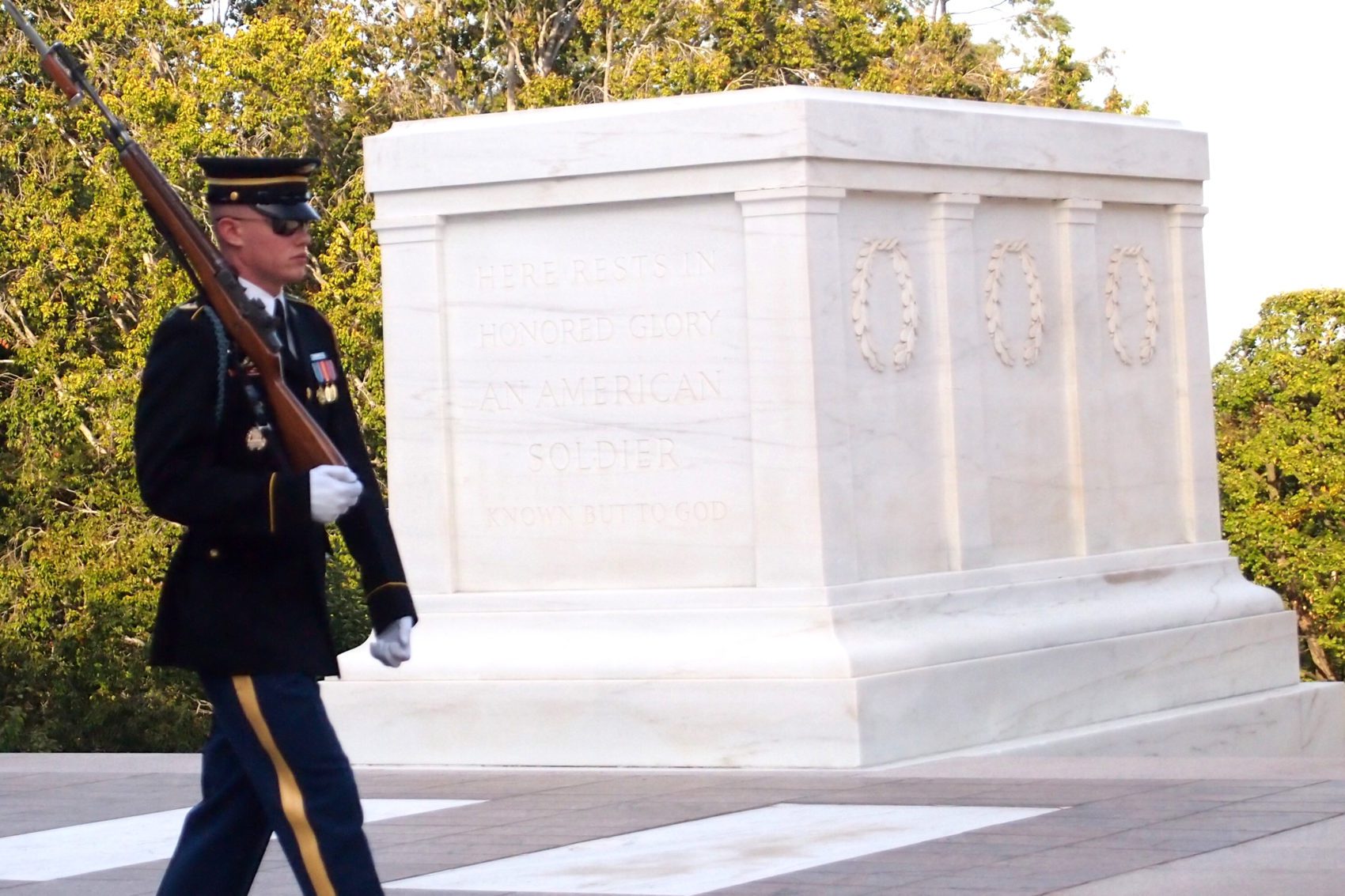 The silence of Arlington National Cemetery takes your breath away.

It chokes you. It brings you to your knees in tearful homage. And then it chokes you, again.

Teenagers and farmers and firemen and factory workers and teachers and writers and doctors and mechanics and the shy and the exuberant and those who lived alone and those who had spouses and children and so many more – civilian-soldiers all – lay at rest, more than 400,000 of them, across our national cemetery’s hallowed 625-acres.

Beautiful souls rest there – souls of sacrifice and honor.

Eight years ago my wife and I visited Washington, D.C., along with my brothers, Dan and Mike. I was so overcome in my visit to the cemetery our first day that I returned the next day, and again the day after that.

And I hope to go back.

There are tens of thousand of cemeteries all across America – large and small, city-plotted and country-side, public and private – that provide sections dedicated to those who gave their last full measure of devotion, as praised by President Lincoln.

Cemeteries like Lakeview Cemetery in Ludington, the largest of more than 30 known cemeteries laid out across a patchwork of public and private burial locations across Mason County, and where this time of the year – Memorial Day weekend – life of an eternal notion takes on added significance.

More than 1,700 veterans of the Civil War, Spanish-American War, World War I, World War II, Korean War, Vietnam War, Gulf War, War on Terrorism, and more, are buried in the Ludington Lakeview Cemetery, including eight from the Civil War who are buried beneath headstones that read, quite simply and most poeticly, “Unknown,” and who are looked over by a larger-than-life statue of a G.A.R. soldier, a citizen-soldier who served in the Grand Army of the Republic of the Northern Army.

The “Unknown” are never forgotten, whether in Washington, D.C., Ludington, or elsewhere.

Inscribed on the Tomb of the Unknown in Arlington is this eloquent 12-word epitaph: “Here rests in honored glory an American Soldier known but to God.”

And the Sentinels Creed – the sworn oath – of the 3rd U.S. Infantry Regiment which is known as The Old Guard assigned to stand watch over the Arlington Tomb, reads: “My dedication to this sacred duty is total and wholehearted. In the responsibility bestowed on me never will I falter. And with dignity and perserverance my standard will remain perfection. Through the years of diligence and praise and the discomfort of the elements, I will walk my tour in humble reverence to the best of my ability. It is he who commands the respect I protect. His bravery that made us proud. Surrounded by well meaning crowds by day alone in the thoughtful peace of night, this soldier will in honored glory rest under my eternal vigilance.”

The “Unknown” of war are so respected and so revered that this nation – and other nations – honor them in stone and continued comradeship. At Arlington, soldiers of The Old Guard have stood watch over the Tomb of the Unknown every minute of every day – no matter the weather – since 1937.

Memorial Day, which was originally known as Decoration Day urging citizens to decorate the graves of those who died in war, approaches. It was, and still is, a day set aside to remember and honor those who died in battle – the known and “Unknown.”

… and all other citizen-soldiers – known and “Unknown” – who rest in eternal peace so that we may live in the same – peace.

Whatever you do on Memorial Day, whether it’s just sitting back and relaxing, going to a parade, going to the beach, having a picnic or whatever, remember the reason for the day and those who served and died.

And if you don’t believe in a Greater Being, in God – that’s your free-will decision – at least believe in those who will be remembered on Memorial Day.

Know them, if not by name, then in spirit – their spirits.

Editor’s note: David L. Barber is a retired journalist living in Manistee. He will provide occasional feature stories and columns for various Shoreline Media publications. He can be reached at [email protected]

Column and photo used with permission