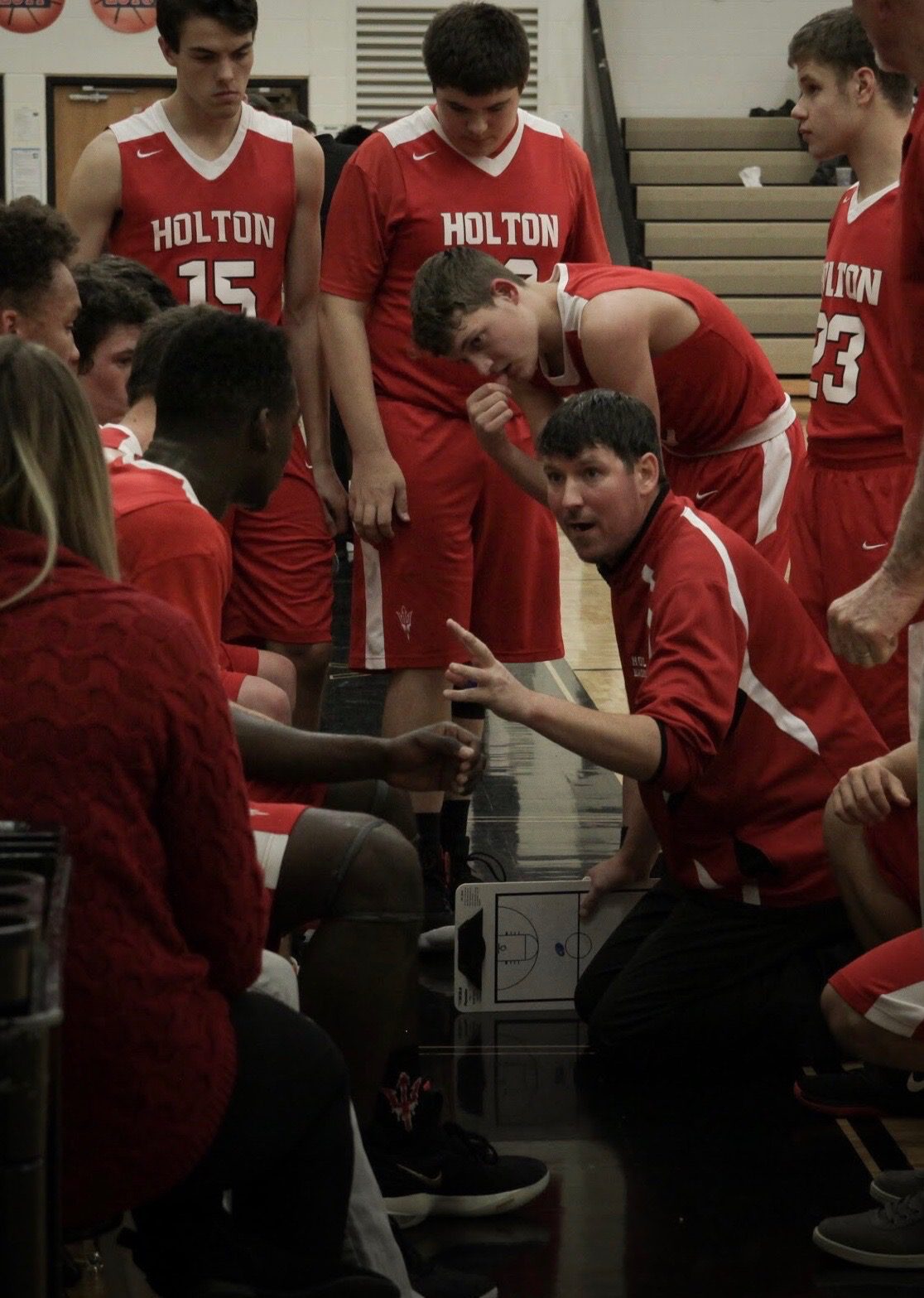 That all changed three weeks ago when he was named the head coach at Ravenna.

When he learned of the opening at Ravenna, he was quick to add his name to the list of candidates.

It was an easy decision for him, since he lives in the community and has watched a lot of the Lady Bulldogs’ games since his oldest son is a freshman and plays junior varsity ball. Besides, his girlfriend is a basketball player.

“So, I watched them quite a bit, and I even got to watch middle school games,” said Houseman. “And I thought ‘You know, if that job ever comes open, I think I could help them.’

“Sure enough, this spring it did come open. I threw my name in the hat, and was fortunate enough to get it.”

A substitute teacher at Ravenna, he knows a number of the players he’ll be coaching and is confident that there are a number of good female athletes all the way down into the elementary level.

“Offensively, we run a lot of motion stuff against man and zone. Everything’s based on principles.”

Houseman is blessed with the presence of seven seniors on the team, including Emma Gillard, Kara and Kendra Postema, Olivia Porter, Lexie McMahn, Brynn Kantola and Hope Hulka.

“We also have some younger ones, too, that I think are going to be contributors,” Houseman said. “I’m excited about what we can do. They haven’t had a ton of success the last few years, but I think we can flip this pretty quick with them.”

Houseman, 41, and his wife, Amanda have three sons — JJ Houseman, a freshman, Matthew in the eighth grade and Benji in the third grade.

Larionov mimics his famous dad with OT goal, giving the Lumberjacks a 4-3 win over Dubuque