NORTON SHORES — Western Michigan Christian won the final Lakes 8 Activities Conference championship at home Tuesday in dramatic fashion, scoring the winning run in the bottom of the seventh inning for a 6-5 walkoff win.

The game was a makeup of a game that was rained out earlier in the season.

Ludington struck first, pushing across two runs in the top of the first inning, and added another in the third.

But, the Warriors came back to tie the game, 3-3 in the bottom of the third. After the two teams exchanged runs in the fifth and sixth innings, leaving the game tied 5-5. 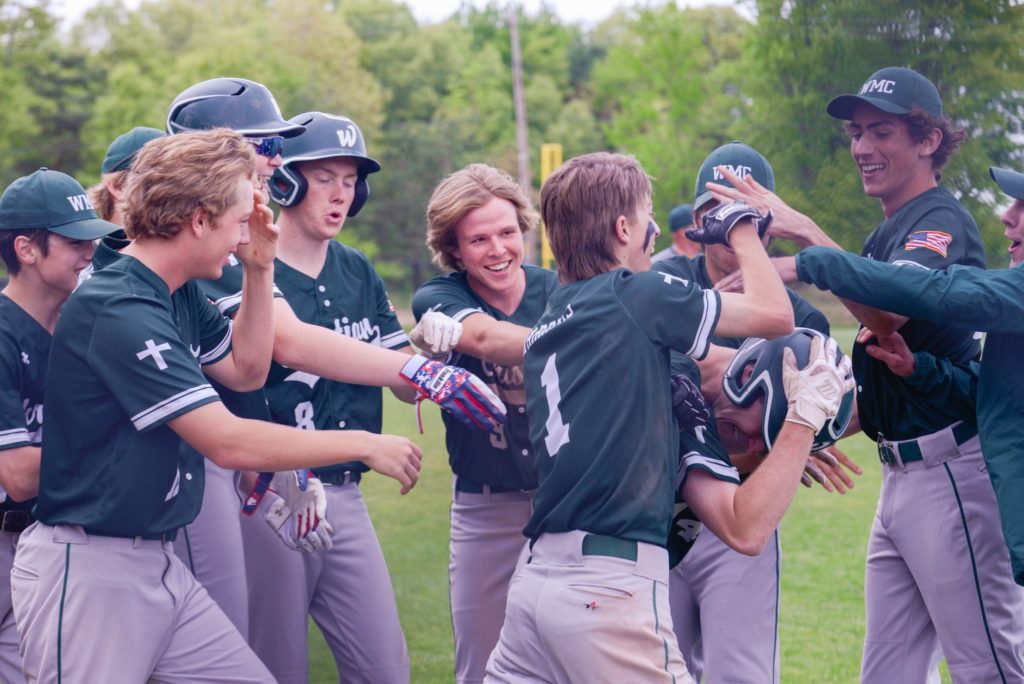 “These boys play hard and never get down, and I feel we are peaking at the right time. A big shout out to all the fans for supporting us tonight.”

Gabe Hogenson went 2-for-4 with one RBI to lead the Orioles at the plate.

“Today stings,” said Ludington head coach Evan Kroeze. “It was a perfect storm of not making the big play when we needed to, compounded with some outside factors that affected the game. Our attention now is focused on getting ready for the district on June 4.”

The Warriors finished the Lakes 8 schedule 11-1, while the Orioles closed their league season 10-2 and ended the regular season 16-9. 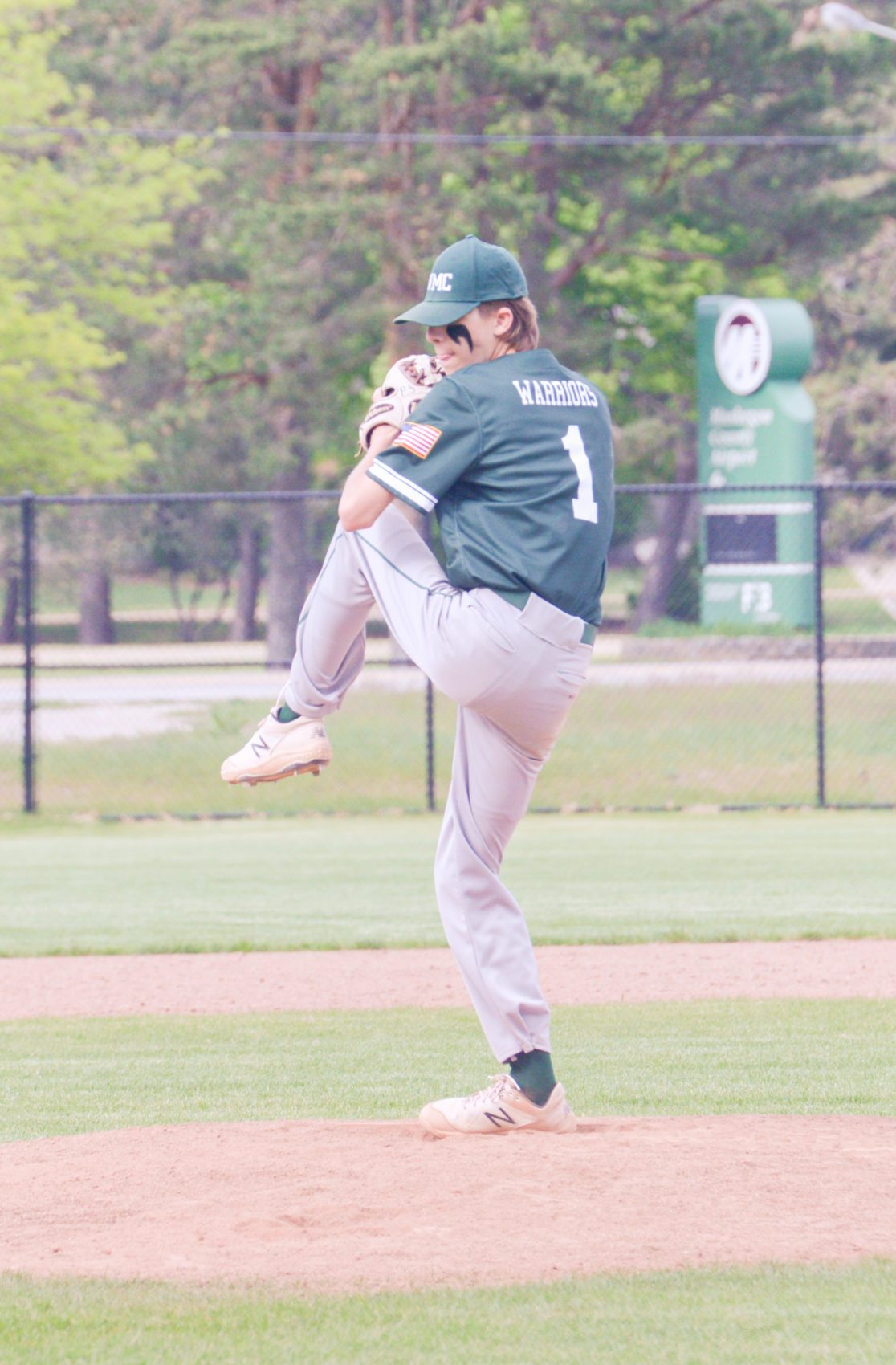 Sam Sipe gets ready to deliver the pitch for WMC. Photo/Jason Goorman 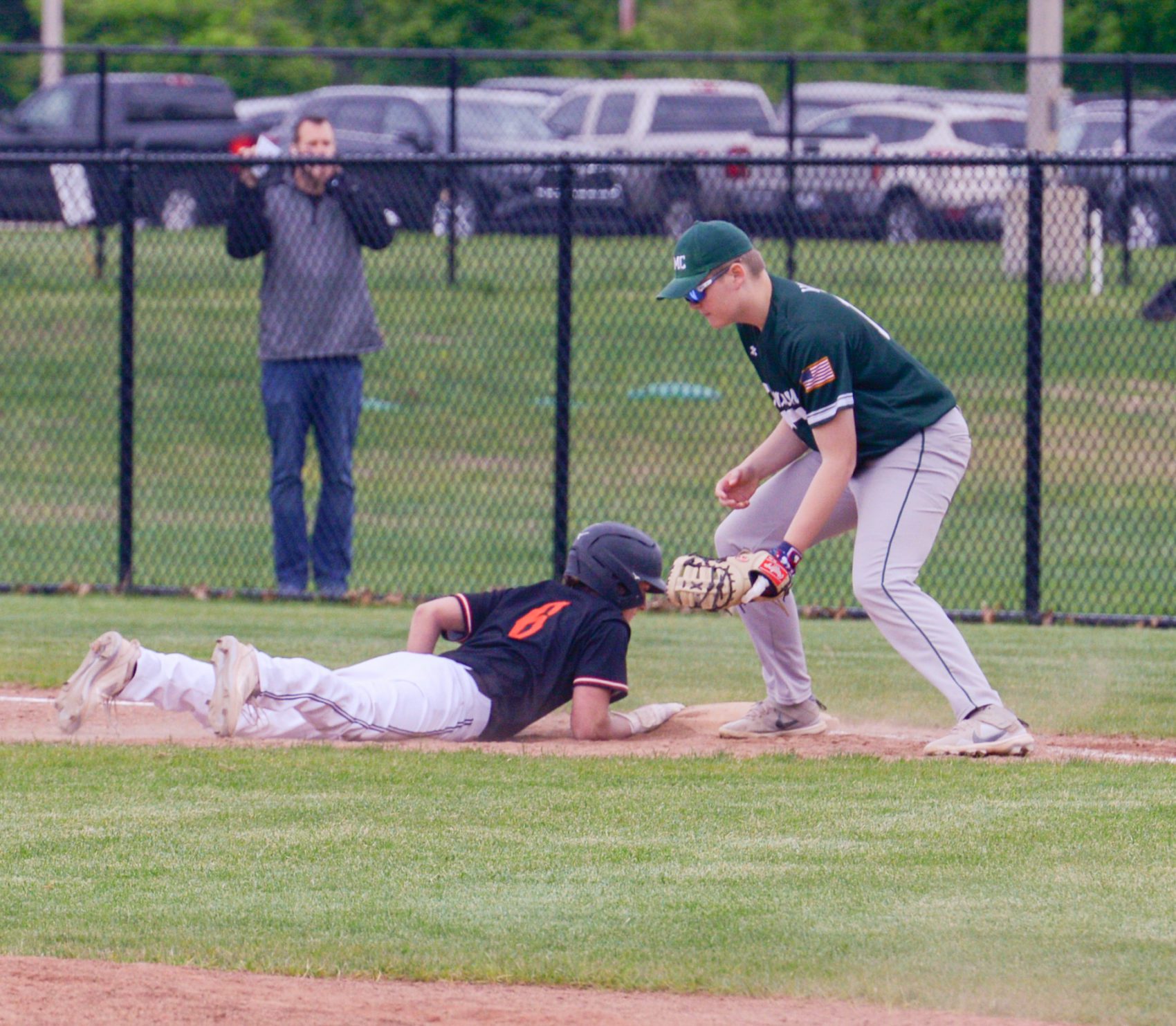 Ludington’s No. 6 Jonathan Weinert gets back to first base before WMC’s Alex Wagenmaker can make the tag. Photo/Jason Goorman 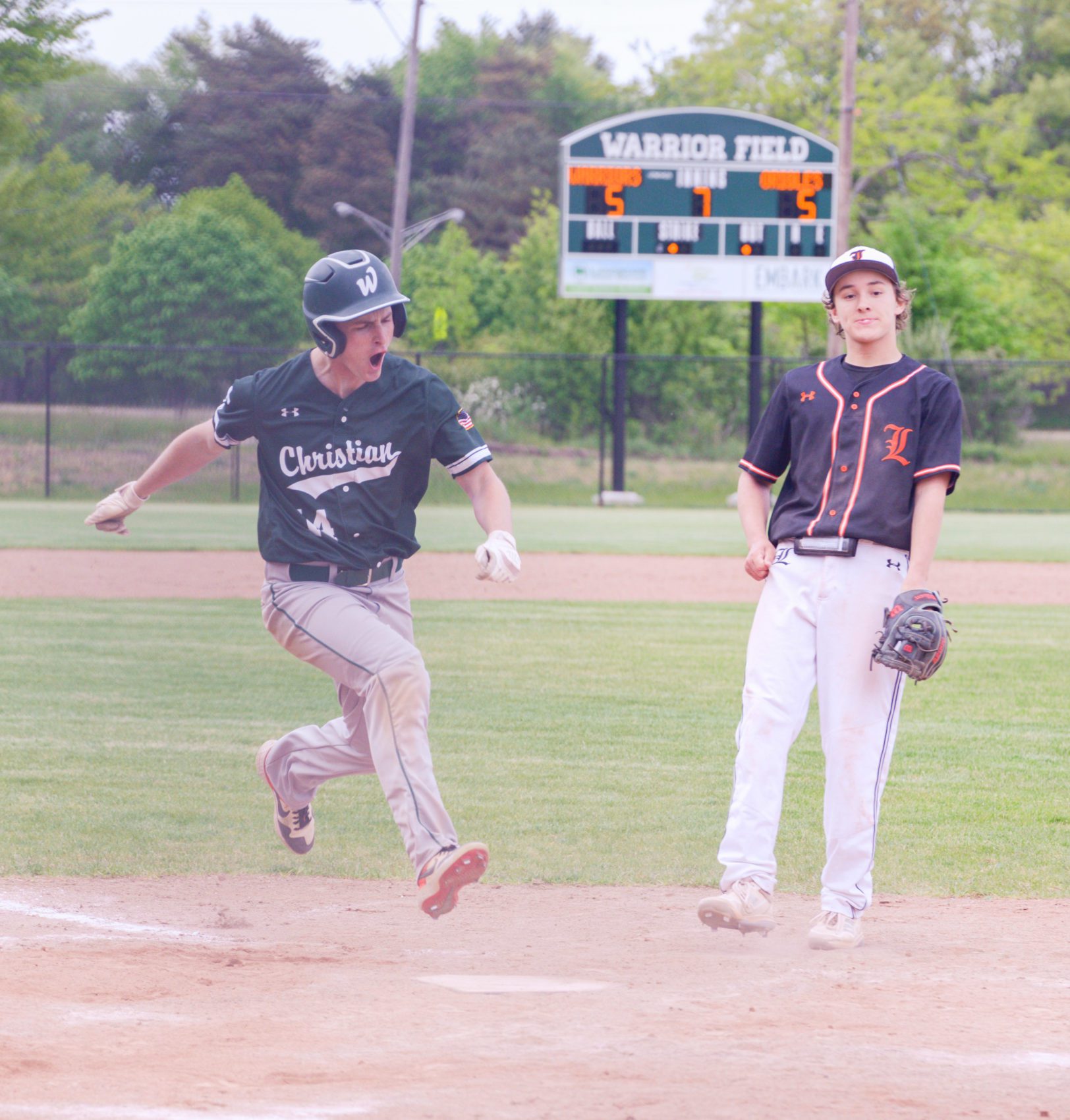