Soccer official Todd Mines banks on his faith, military experience to carry him through life’s journeys 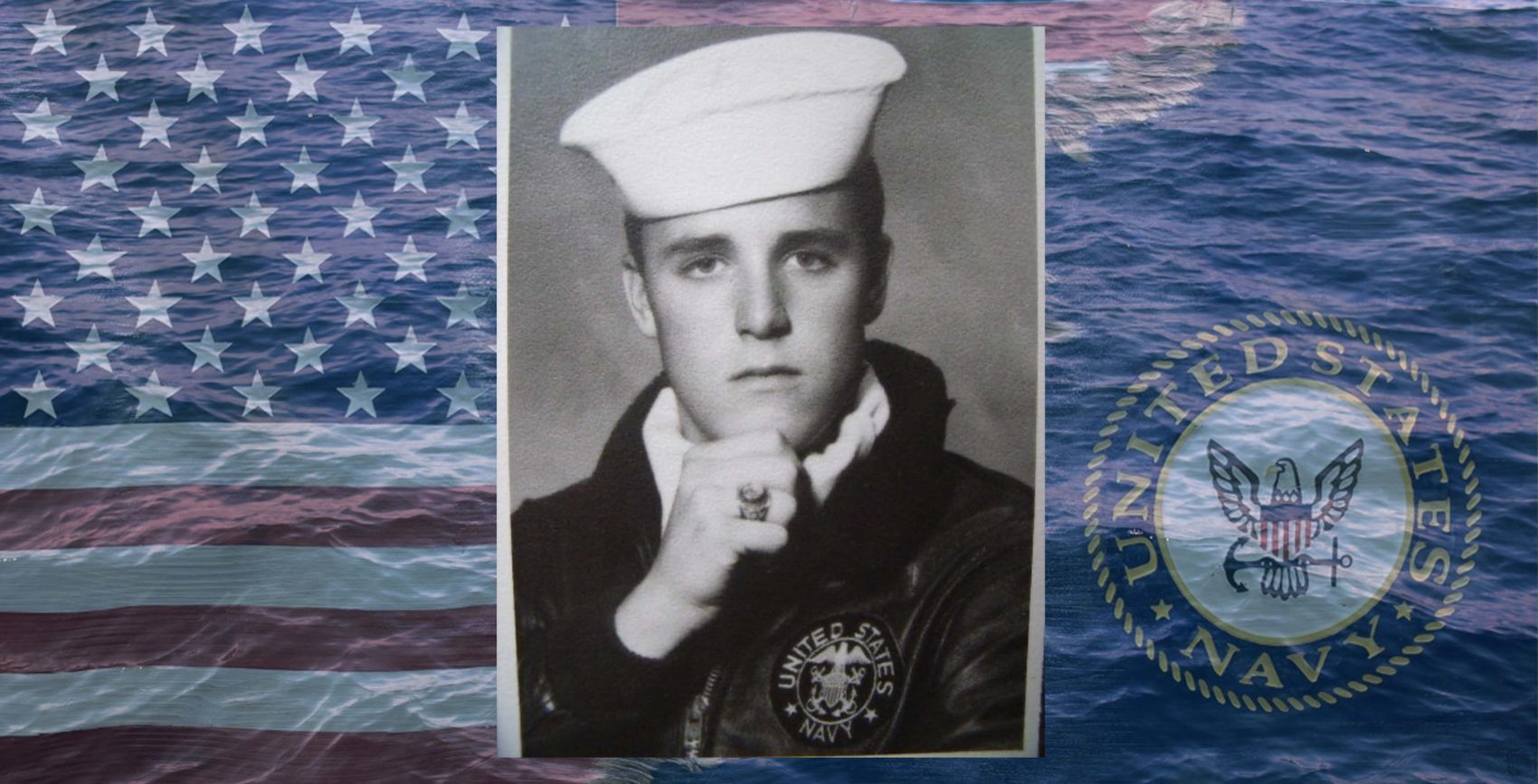 MUSKEGON — Todd Mines went into the Navy right after graduating from Oakridge High School in 1986.

He served his country for eight years before leaving the service in May, 1994.

His first duty station was in Whidbey Island, Washington, in Puget Sound, north of Seattle, working as an electrician on radar jamming jet airplanes.

“We trained the pilots to take off and land from an aircraft carrier,” said Mines. “I was able to go out on about 10 different aircraft carriers, but it was only like for a week at a time.

“Then when I re-enlisted, I was stationed out in Barber’s Point, Hawaii,” he said. “That was nice. I did 4 years out there. I did two deployments during Desert Storm from there on P3’s, the sub hunters.”

Mines spent a lot of time in Japan, however, he did have one deployment in Arabia.

“I am considered a combat vet because of my deployment to Arabia,” Mines said. “I was on an air base working on jets so they could fly their missions.”

One time, though, Mines admits to being really frightened while aboard the USS Constellation.

Since the carrier was only going to be at sea for 10 days, it had only a skeleton crew. While they were out to sea, the carrier caught on fire.

“A bunch of us guys that weren’t trained on fire fighting on a ship had to step up,” Mines said. “I remember being in waist high water, probably two or three decks down holding a fire hose, spraying on this boiler that was glowing red, with an oxygen breathing apparatus on.

“I was thinking, ‘Holy crap, man, this is scary.’ But our air wing got a letter of commendation from the admiral just for the simple fact that we weren’t trained and we stepped up and helped out with that fire.”

Mines was amazed at the aircraft carriers and their capabilities.

“I got to see an F-14 take off the flight deck with his after burners on, which was really cool,” he said. “We were able to see a Fourth of July display off of the USS Enterprise. There were just some great experiences.” 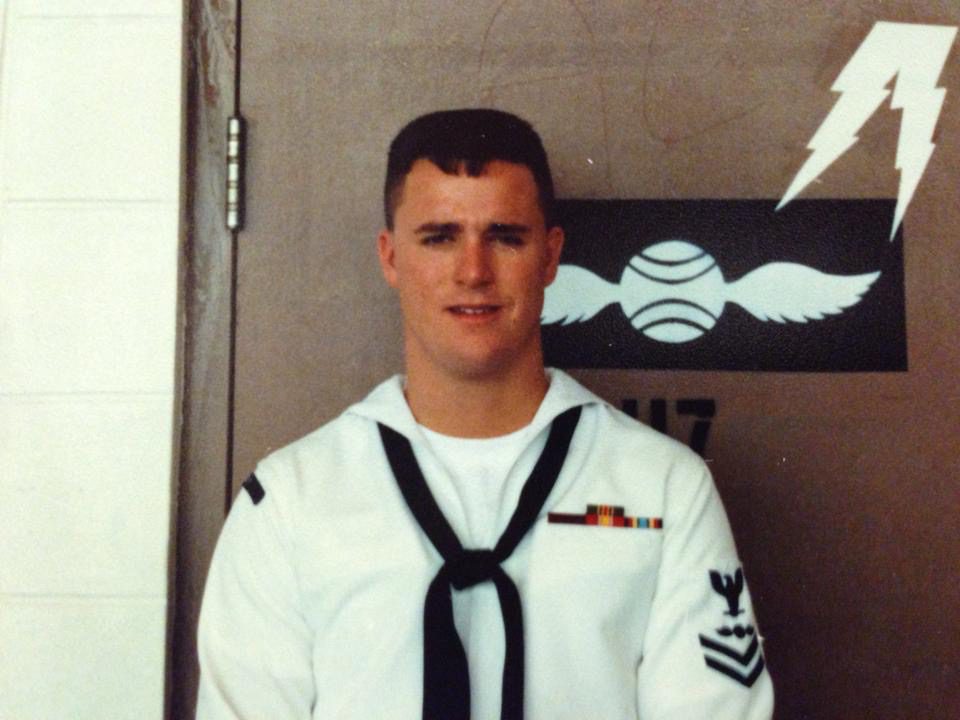 Mines was actually planning on doing 20 years, but when it came time to renew his contract at the end of 8 years, they were getting ready to go back out to Desert Storm.

He decided to pass.

Mines, who did not go to college, got his insurance license in 2010 and now works for Anchor Insurance, where he figures on staying until he retires. He is able to work alongside his brother, Jim.

“I wasn’t a star by any stretch of the imagination,” Mines said. “My brother (Jim) was the star basketball and baseball player. I played and was always just kind of a support role kind of guy.

“I liked the challenge, I loved my coaches,” he said, “You learn a lot of different things that you don’t realize when you’re in the moment. Whenever I go for a run, I can just hear my cross country coach telling me ‘Don’t stop. If you stop, you’re not going to get back going again.'”

Mines, 53, has been a soccer official since 2004 when his kids started playing.

His kids, Bailey and Dylan, Western Michigan Christian. Dylan played 4 years of varsity at WMC and then 4 seasons  in college at Adrian.

“I kept doing that just because I love doing it,” said Mines. “What do I love the most about it? I’ve always liked to do things outside of work that totally take my mind off of outside interferences.

“Because when you’re refing a soccer game, it’s 80 minute of constant focus on what you’re doing,” Mines said. “You don’t think about anything else. I like that aspect of it. I take a lot of pride in how I ref, to make sure that I call a good game and that I don’t miss a call.”

How much longer will Mines ref?

“I’ve been thinking about that, but then the other day I refed with two 70-year olds,” Mines said. “We average about four miles a game. I love the exercise aspect of it. I work in an office, so it forces me to get out and exercise.”

Mines said he has started rendering the salute to the flag during the National Anthem, which veterans have been invited to do in recent years.

“It’s nice because right after that a lot of the players and coaches will say right away ‘Thank you for serving,'” said Mines. “It’s kind of cool.”

Mines has had several  medical issues, the most serious came in 2020 when COVID hit when he was diagnosed with aplastic anemia, which is similar to leukemia, but is not cancerous.

“My bone marrow quit producing white blood cells and platelets,” Mines said. “I didn’t know how bad it was. I had gone months feeling this way and I just thought it was something to do with age.”

Mines ended up at the Univesity of Michigan and spent two weeks getting treatment. The procedure calls for putting blood into a horse and the horse produces anti-bodies for the human blood

“They take the blood back out and separate those anti-bodies, and put them in me. That treatment doesn’t work on most people, but on me, it worked 100 percent.”

When he returned to Michigan for his quarterly checkup, the doctor told Mines that his case was rare since they found  no trace of the anemia in his blood.

Mines credits his faith with seeing him through the health crisis.

“Absolutely,” Mines said. “I believe in Christ, and He’s my ultimate healer. Obviously I’m thankful for all the humans that interacted with that, but I believe in a higher power, too.”

Mines also suffered a heart attack back in January.

But now he’s back on the field doing what he loves doing. 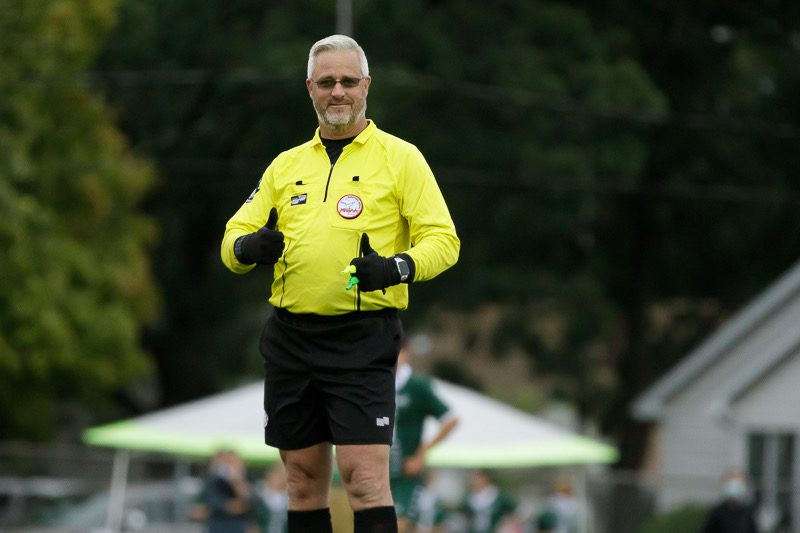 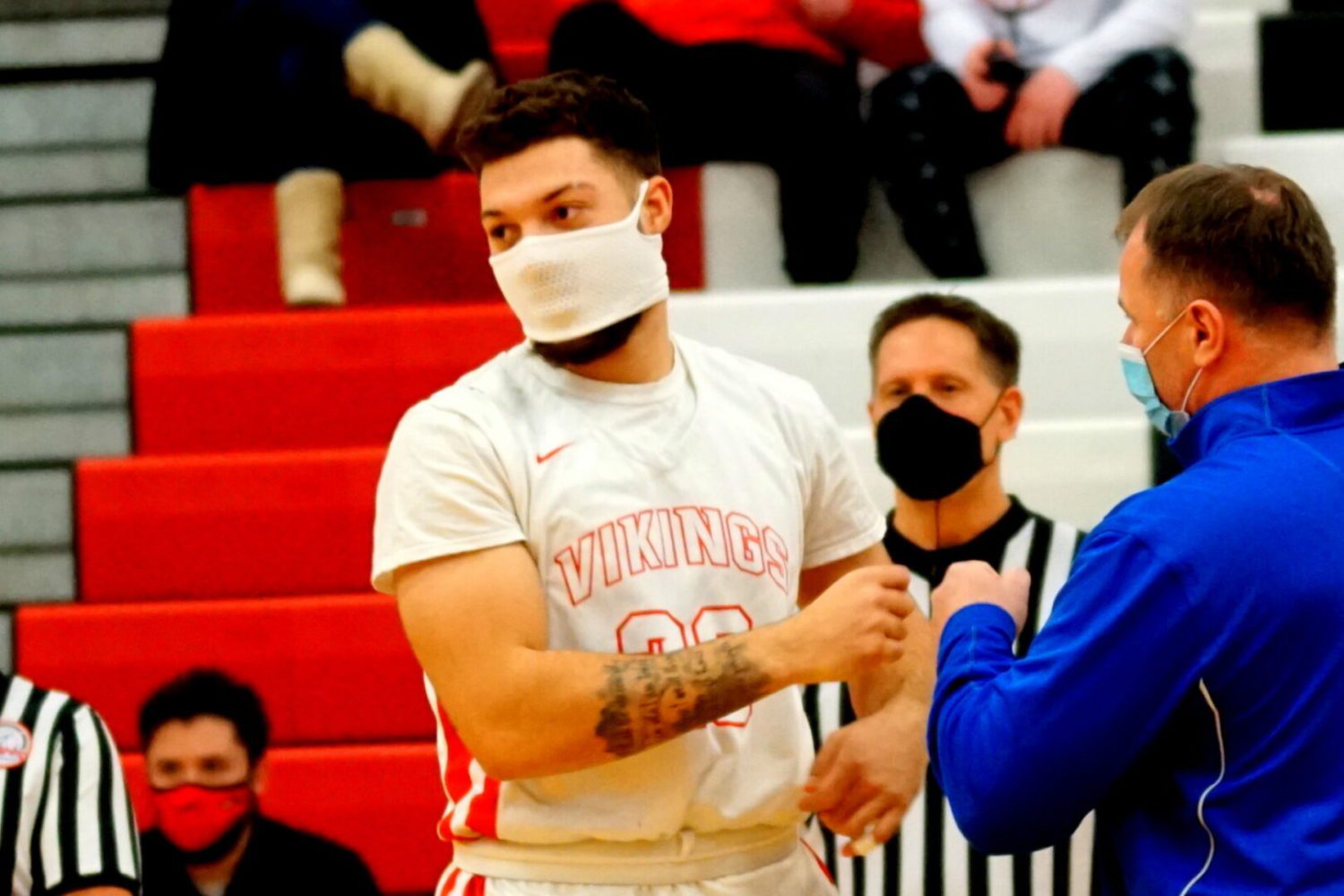