It took one offensive play for the West Michigan Ironmen to walk away victorious over the Kentuckiana Kurse at Mercy Health Arena on Sunday afternoon.

Fans could say the Kurse were cursed the second they stepped onto West Michigan’s turf in the Ironmen’s 62-0 blowout win. But to the players on the field, a win is never determined by one touchdown play.

“It was a little fun, we enjoyed it,” said first-year Ironmen linebacker, Joshua Holley about his team’s all around play. “To be honest, today was a defensive lineman day. They were eating today, I love it.”

West Michigan’s defense played nearly flawlessly, getting the Kurse to go four and out on almost every drive while also coming up with five sacks and a pair of pick-six touchdowns.

“If I was in that situation, I would just keep pushing, you never know what can happen,” said Holley about how he would have handled the blowout situation had he been playing for Kentuckiana. “There’s a lot of time on the clock, you just keep fighting.”

Holley and the Ironmen continued fighting and continued to lead from the defensive end, as the Balitmore native led West Michigan with seven tackles.

West Michigan’s offense took off from the moment it caught the opening kickoff, as Mike Wynn ran 40 yards on the game’s first play.

Ruby Colston capped off the play with a 10-yard touchdown run for a 6-0 Ironmen lead and eventual blowout win.

West Michigan pounded its way to a 20-0 first quarter lead and led 33-0 by halftime.

Carder hit Sterling Alexander for three scoring catches of 7, 6 and 4-yards and also connected with Wynn on a 15-yard scoring pass.

Defensiveback Hakeem Stokes put West Michigan up 40-0 on a 37-yard interception return in the third quarter.

The Ironmen special teams stepped up on the ensuing kickoff, forcing a safety on the Kurse for a 42-0 lead.

Carder and Wynn made the Kurse pay even harder on the next West Michigan possession, connecting on a 49-yard touchdown pass and a 49-0 lead.

Ryan Williams boosted West Michigan’s defensive attack even more with a 23-yard pick-six and a 56-0 lead.

Alexander capped off Ironmen scoring on an 8-yard pass from Carder with a minute left to play in the game.

“For the most part, by the second half you could tell,” said Ironmen offensive lineman Anthony Younger who was also celebrating his 1-year wedding anniversary with wife, Morgan. “She has been a lucky one for me, she’s been there for every single game. To have that, that well of a connection, it’s super special.”

The Ironmen’s front line and defense dominated the Kurse, giving up just 18 yards of total offense.

“It’s a great brotherhood, it’s like no other connection with this team,” said Younger about the team’s front line connection. “We work hard every day, we have all been putting in the work and we just feel lucky to be playing.”

West Michigan was more than lucky on the day scoring on every possession except for a fumble on a snap that caused the team’s only turnover of the night in the third quarter.

Carder finished the game 6 of 9 passing for 89 yards and led with 17 yards rushing.

Wynn finished with a pair of touchdown catches while Alexander hauled in four TD’s.

Check out photos from the afternoon game, shot by Leo Valdez. 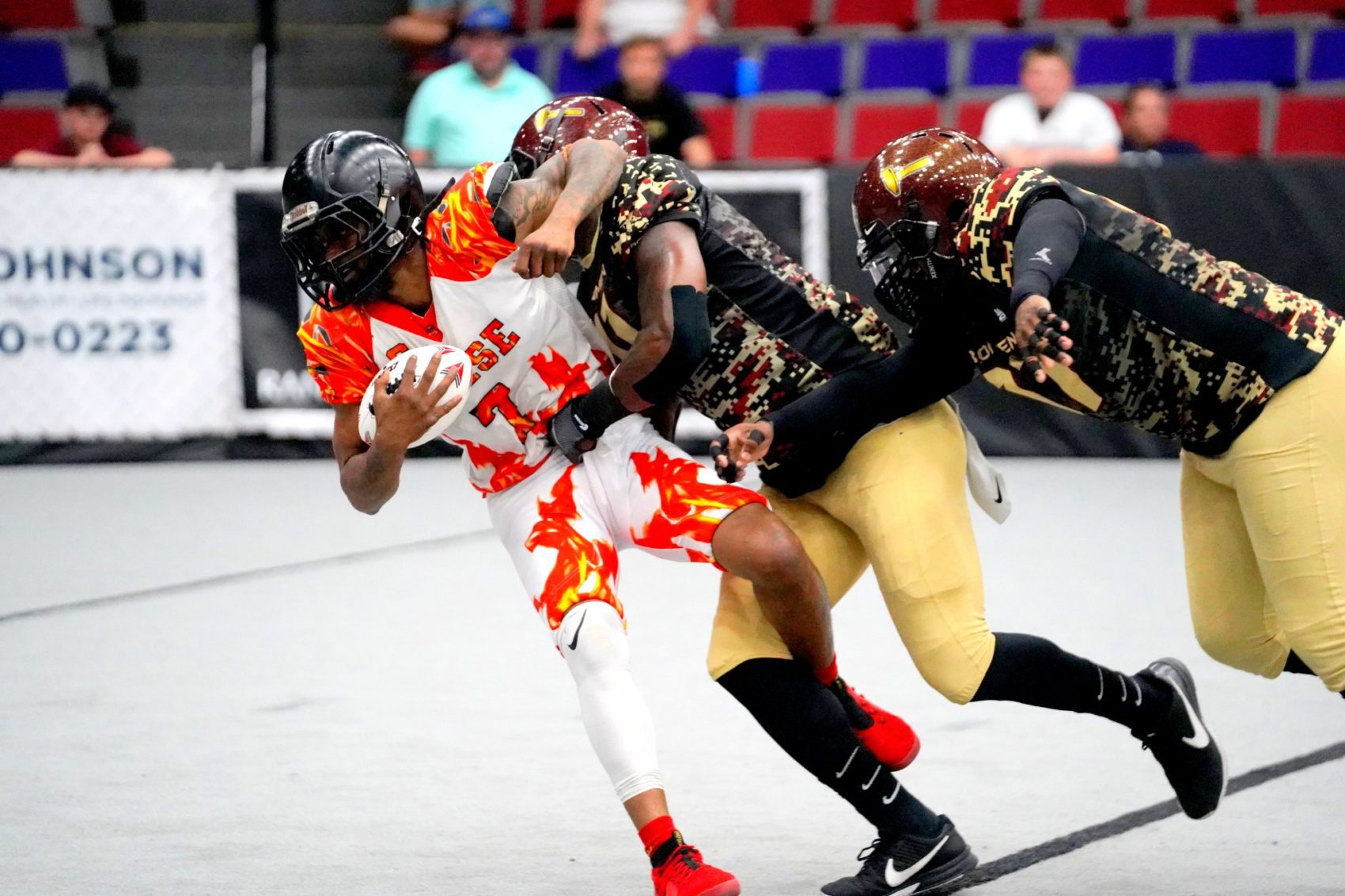 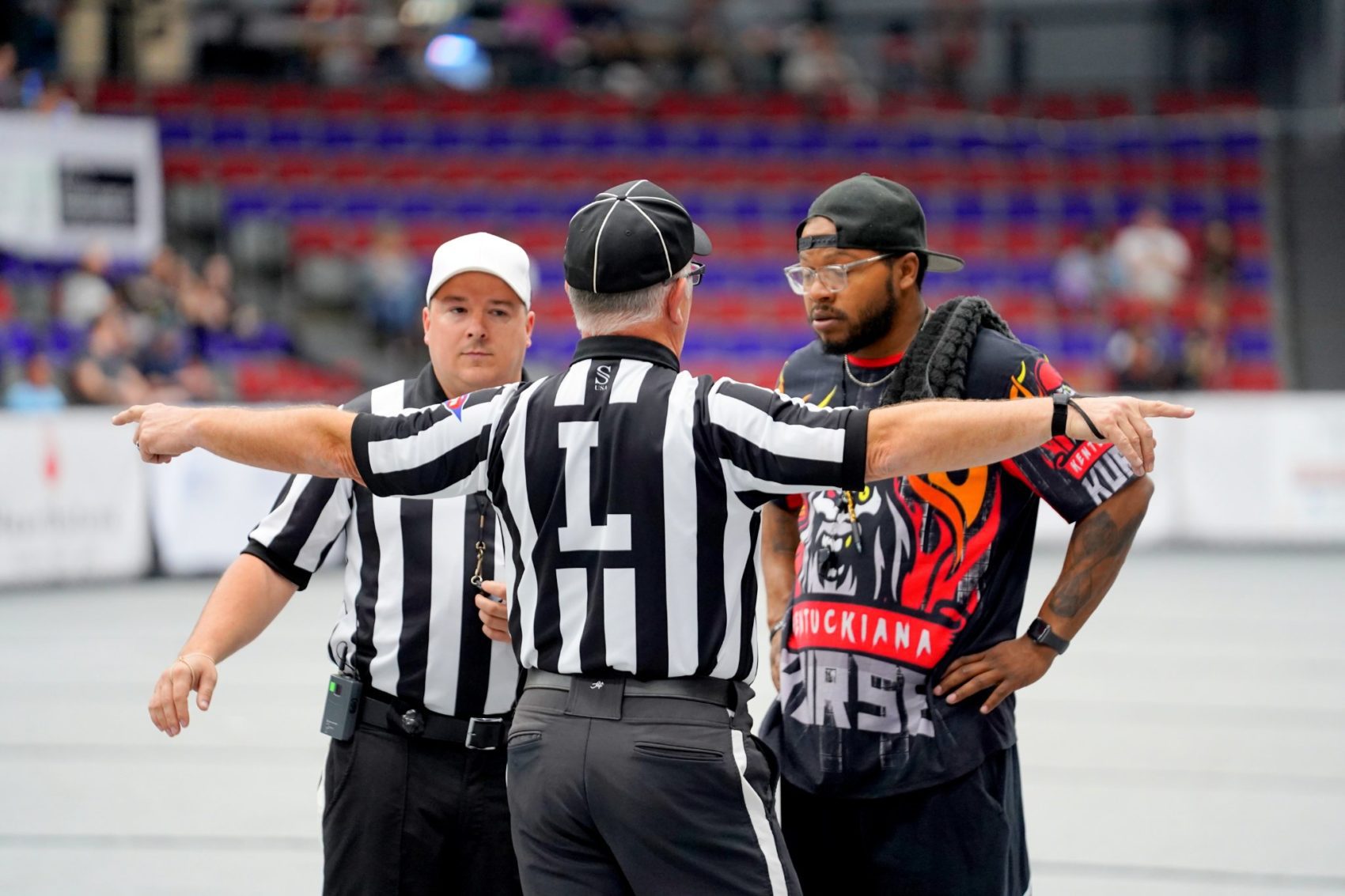 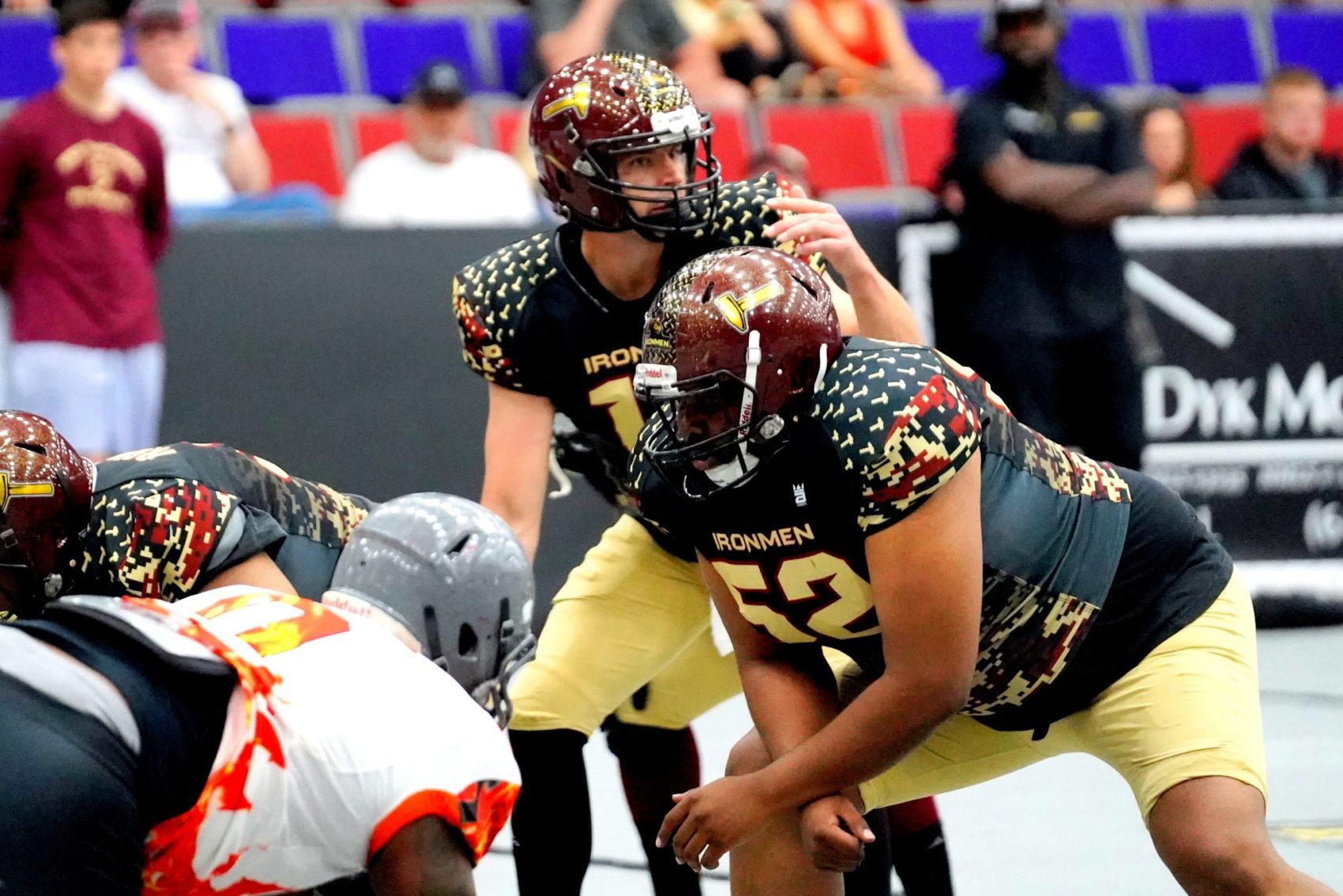 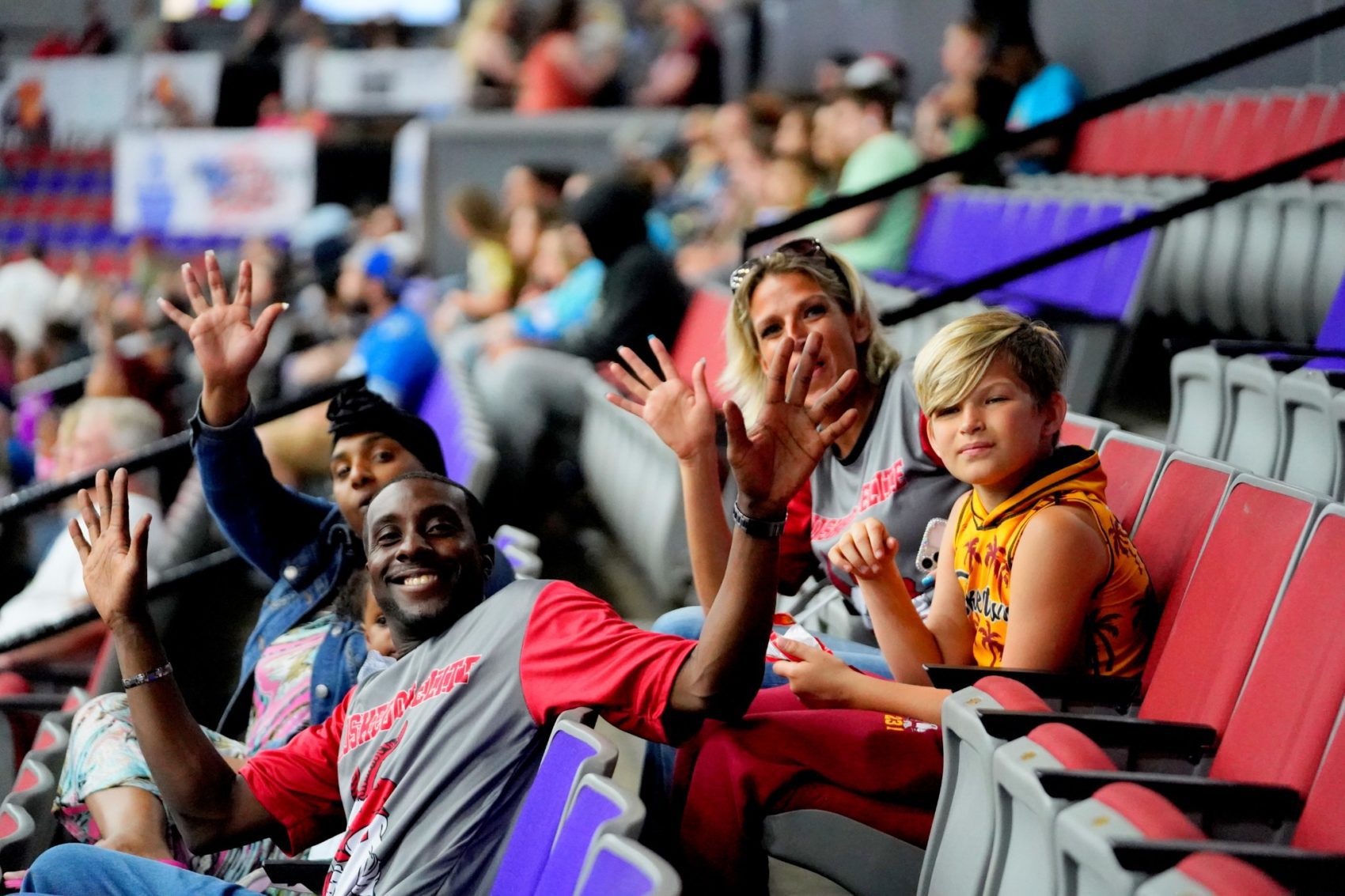 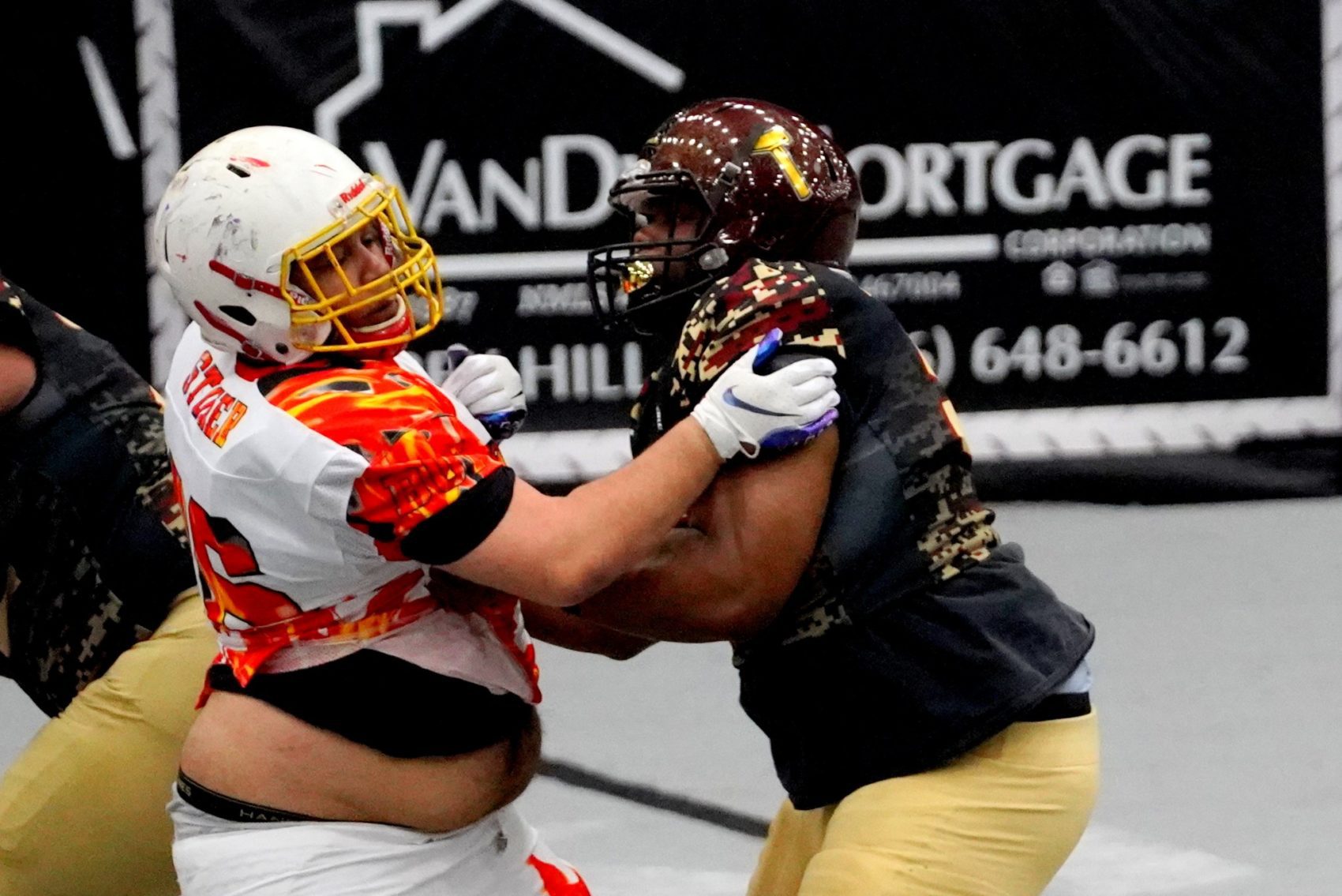 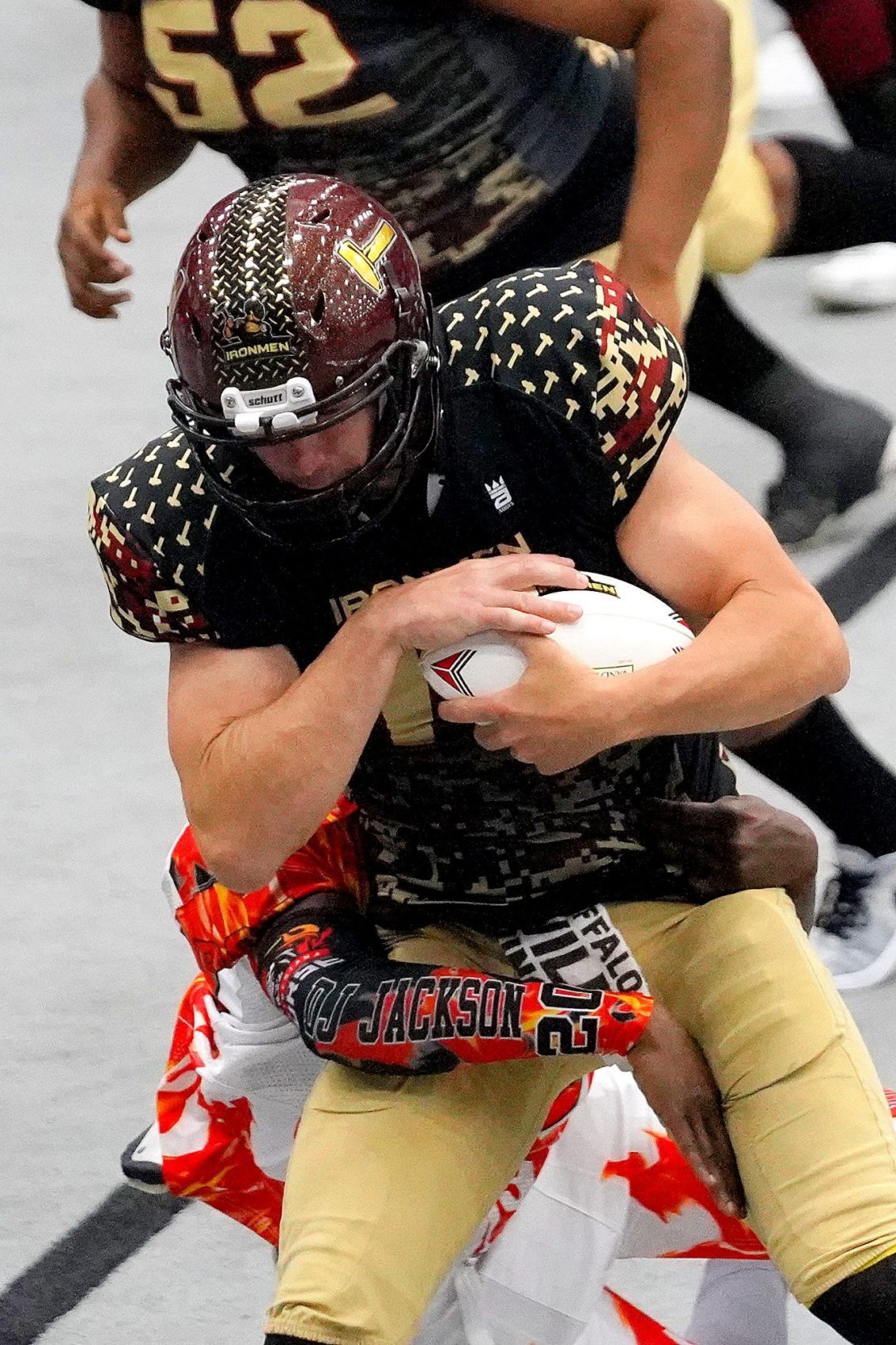 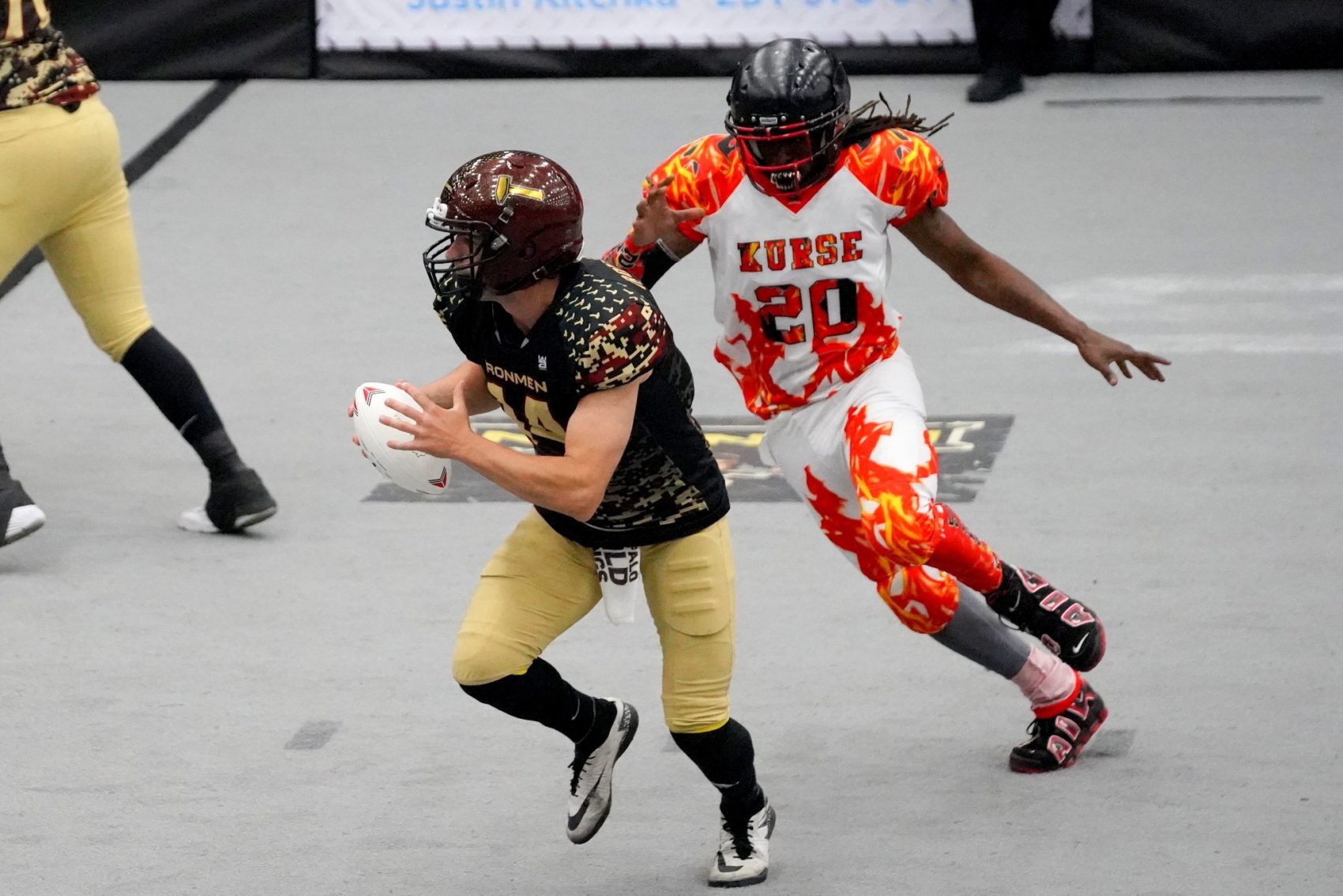 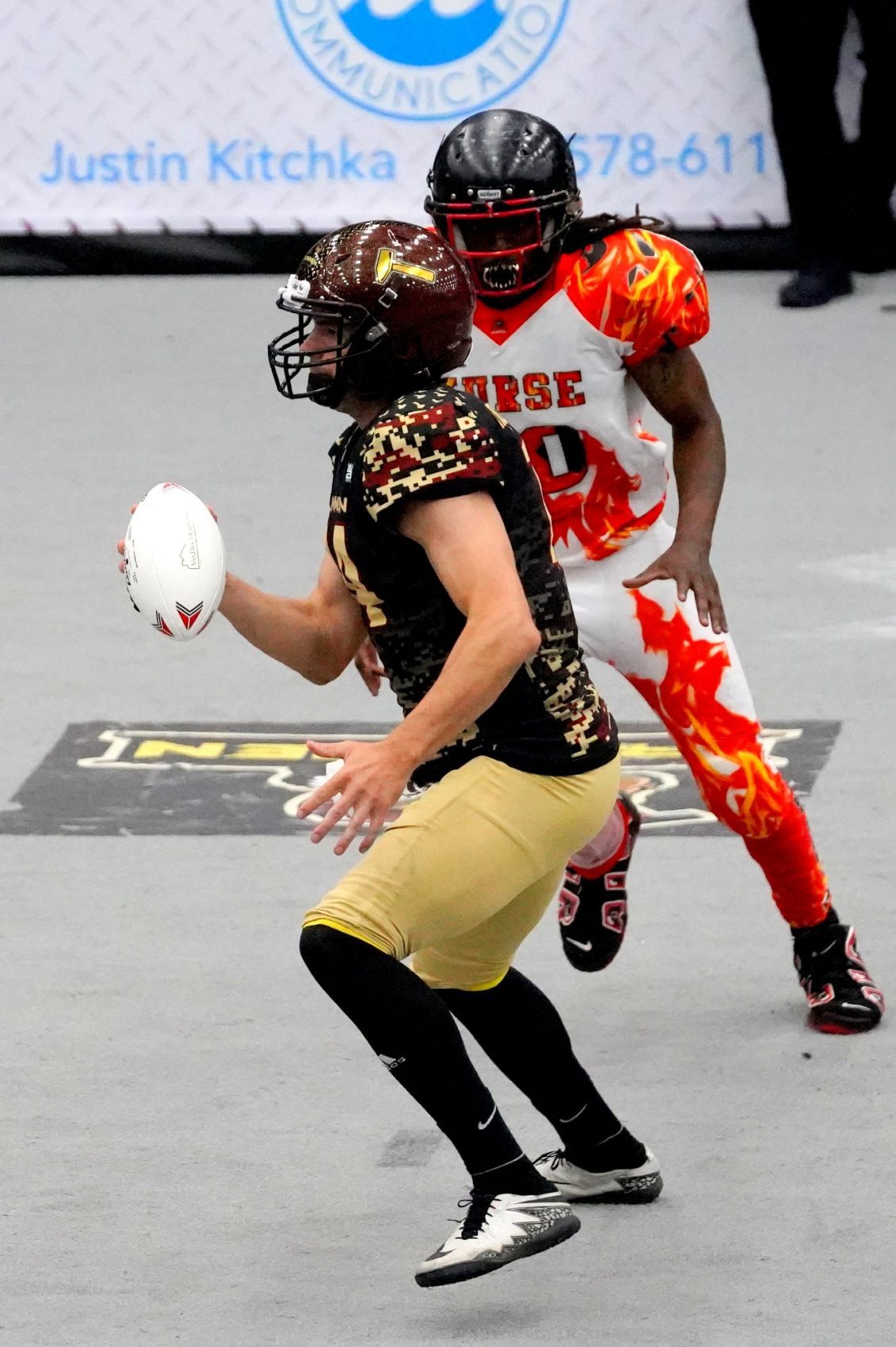 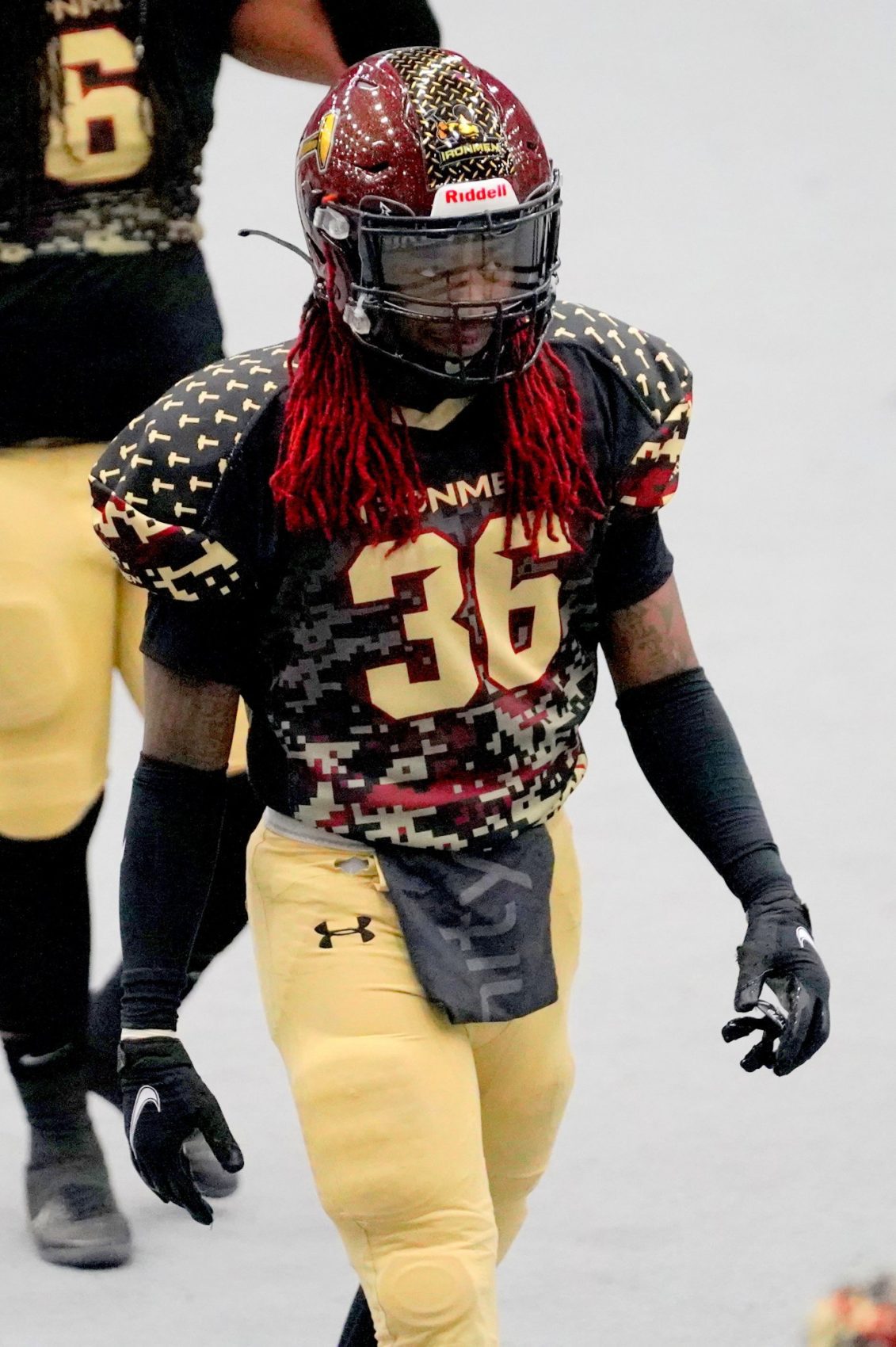 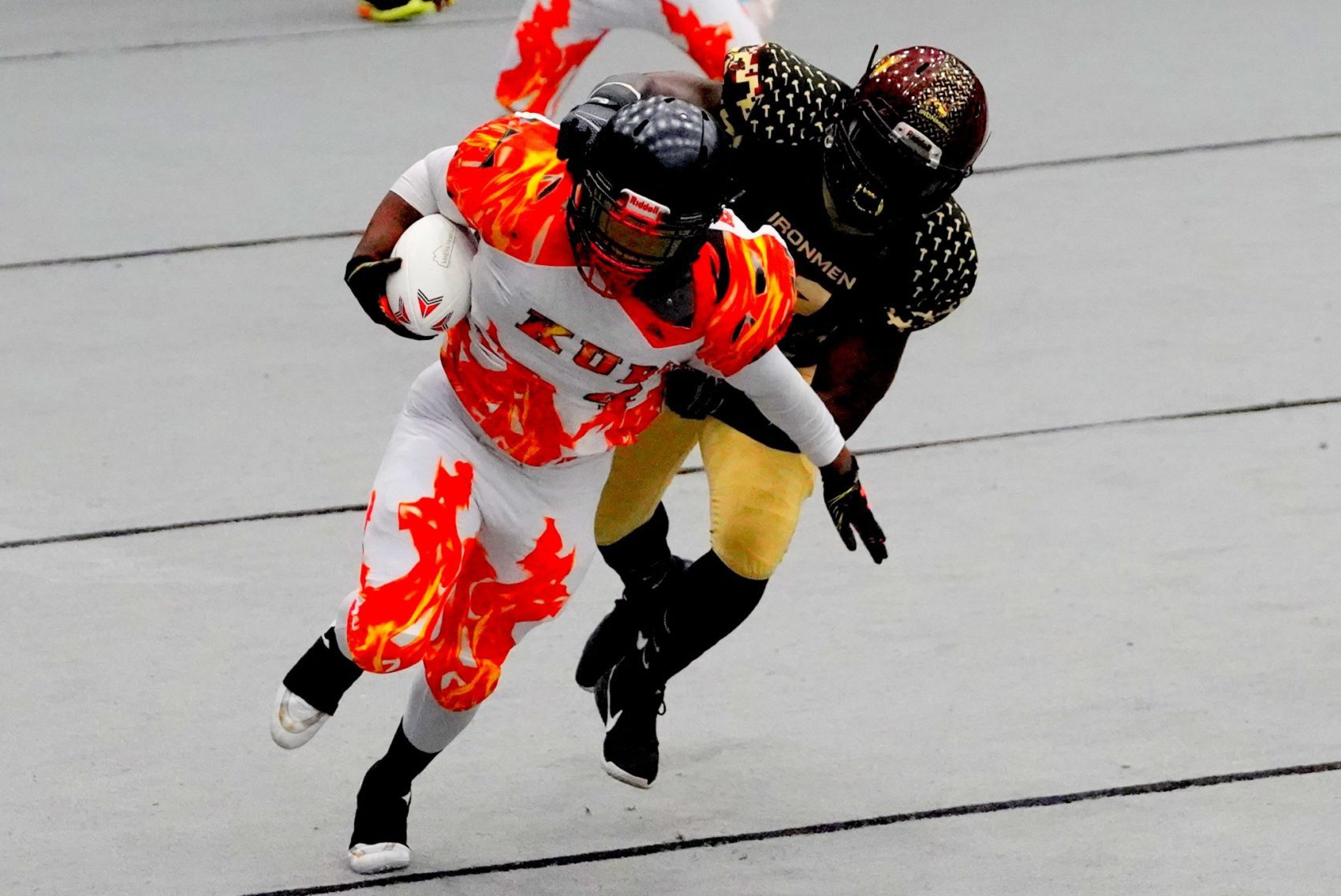 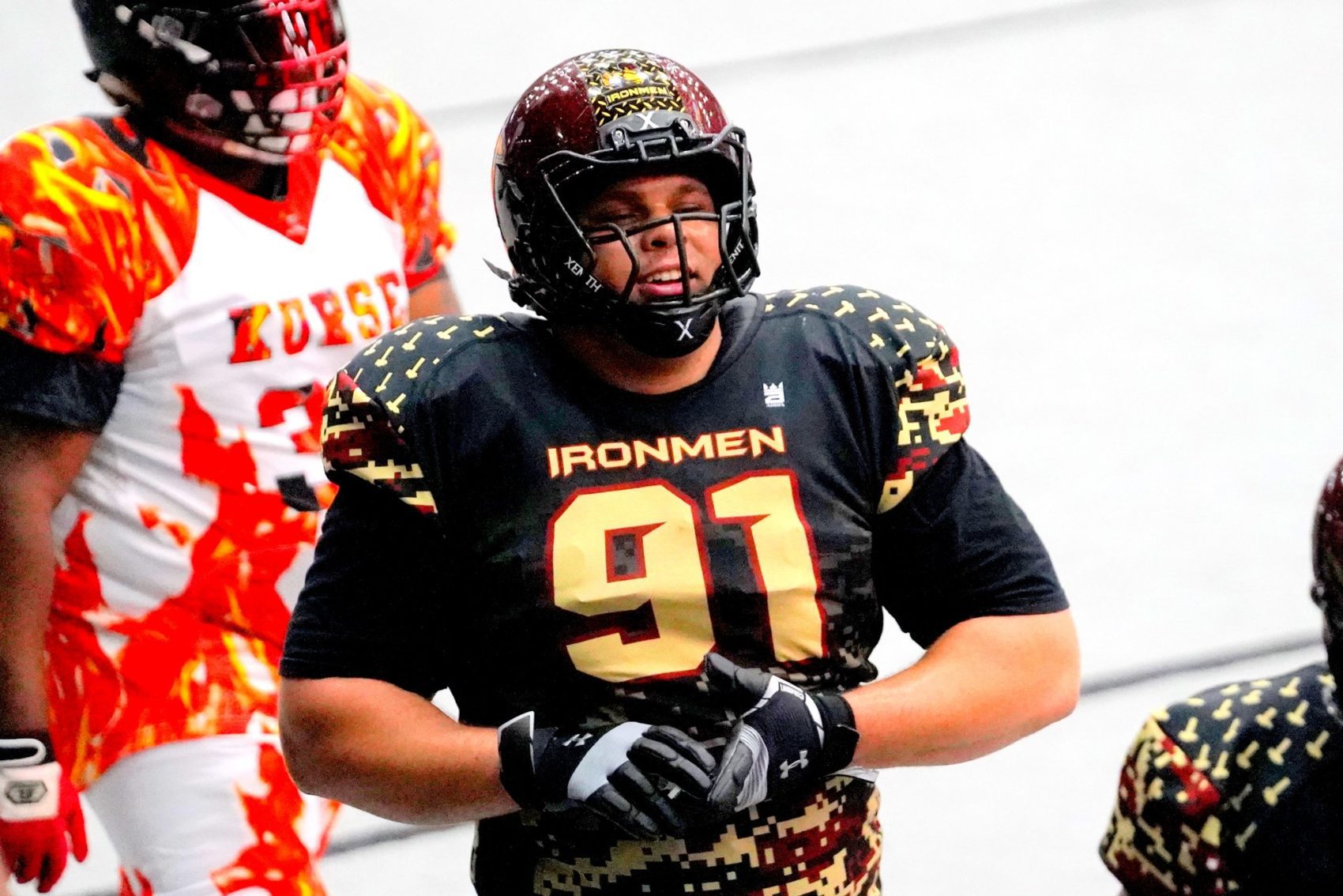 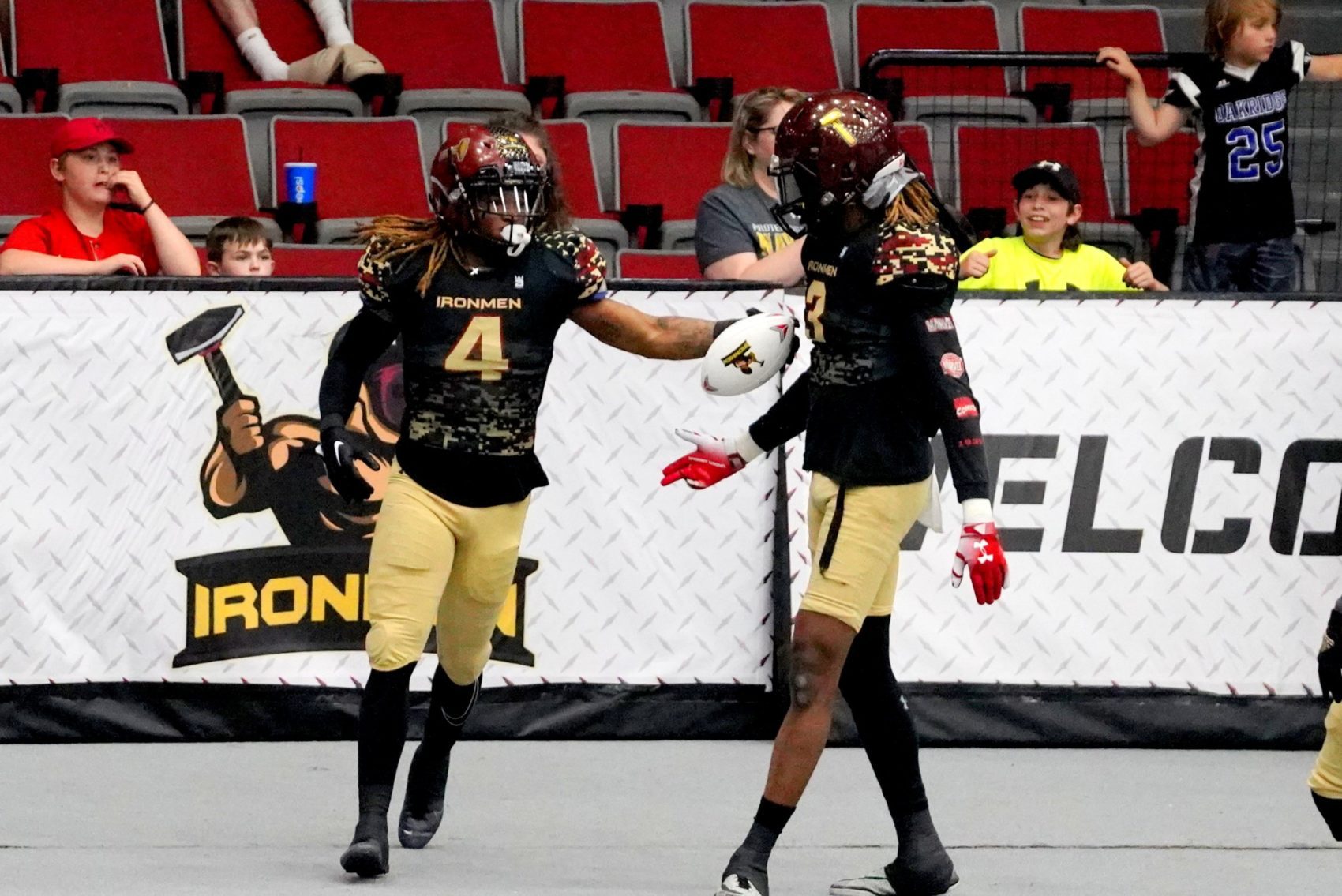 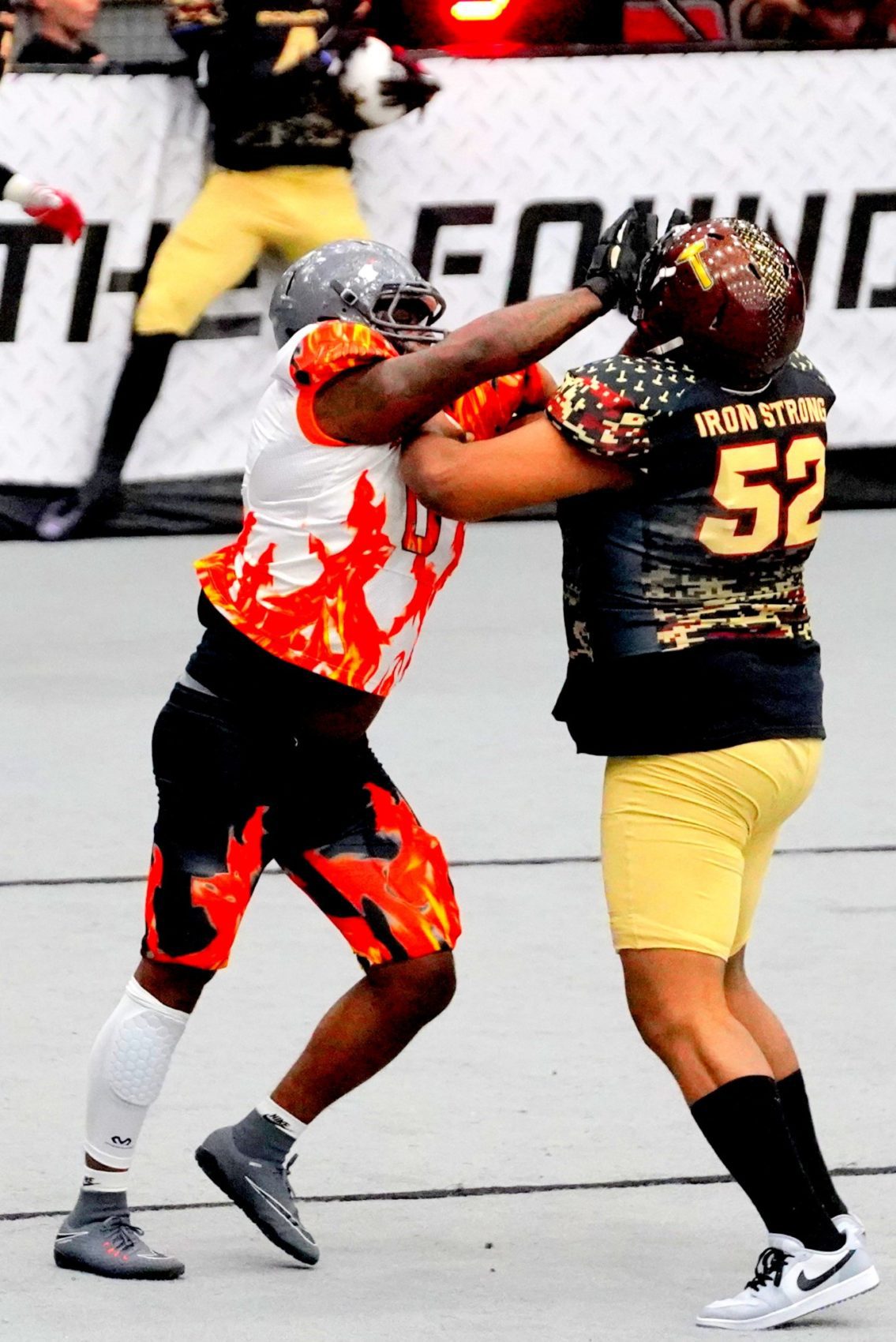 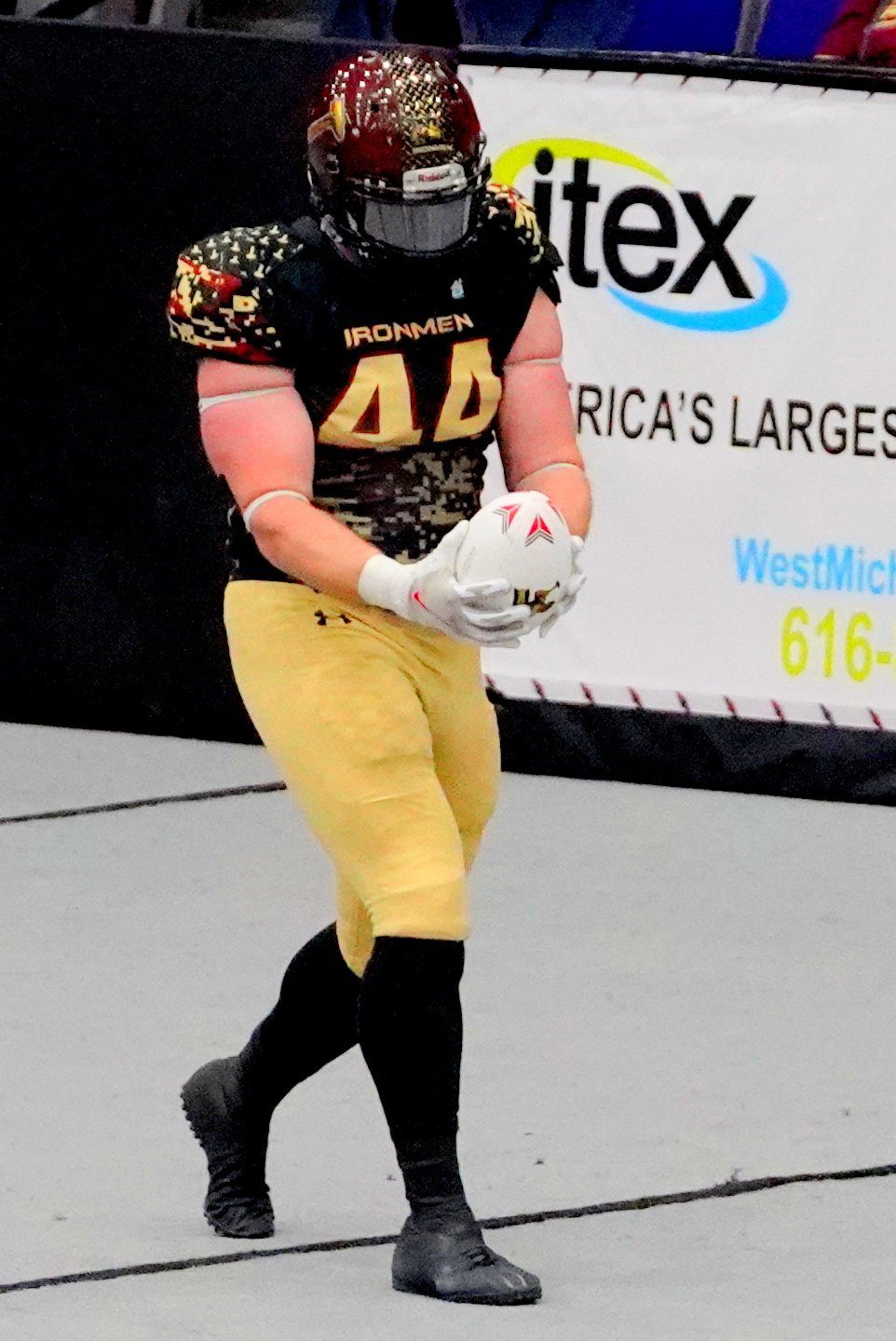 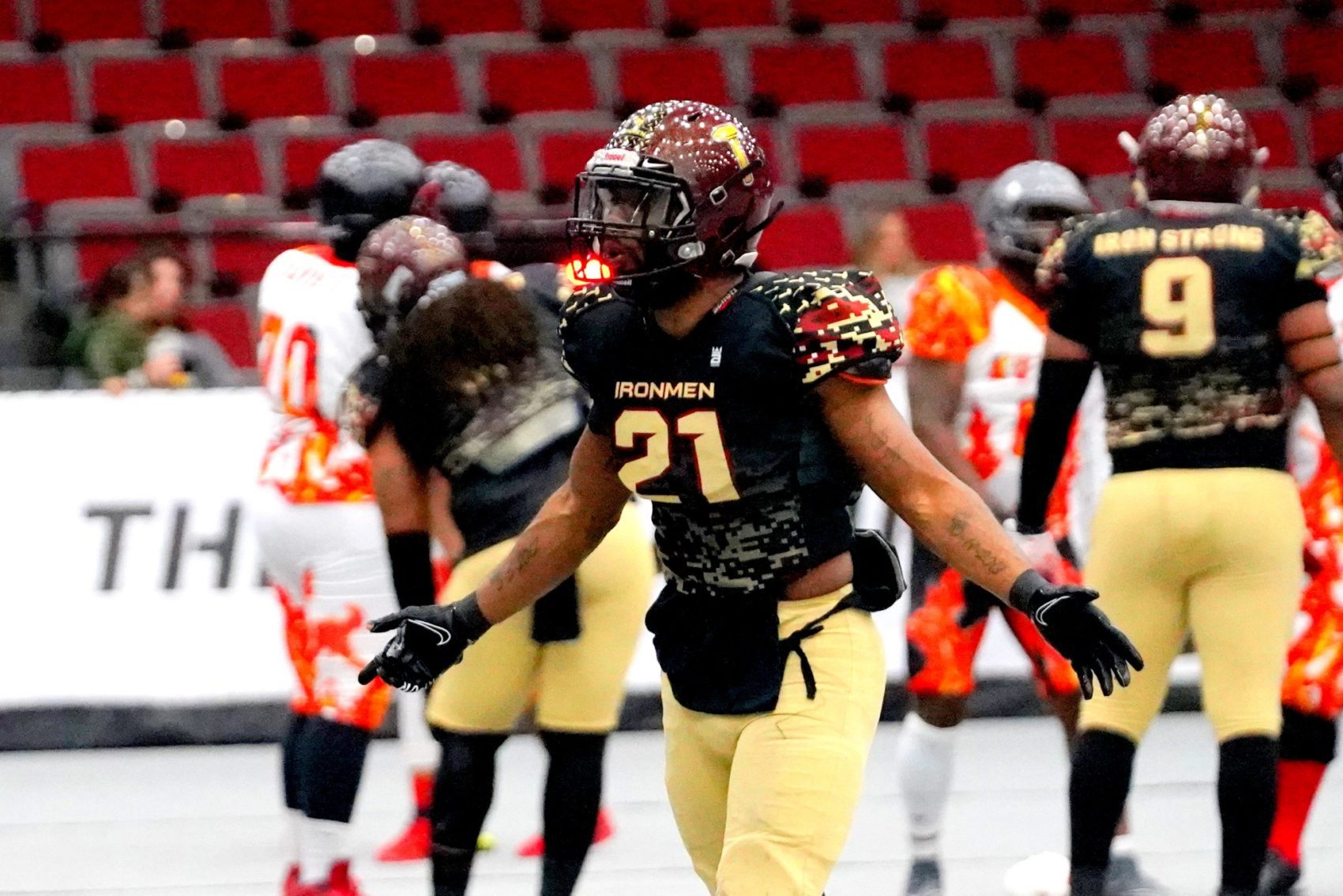 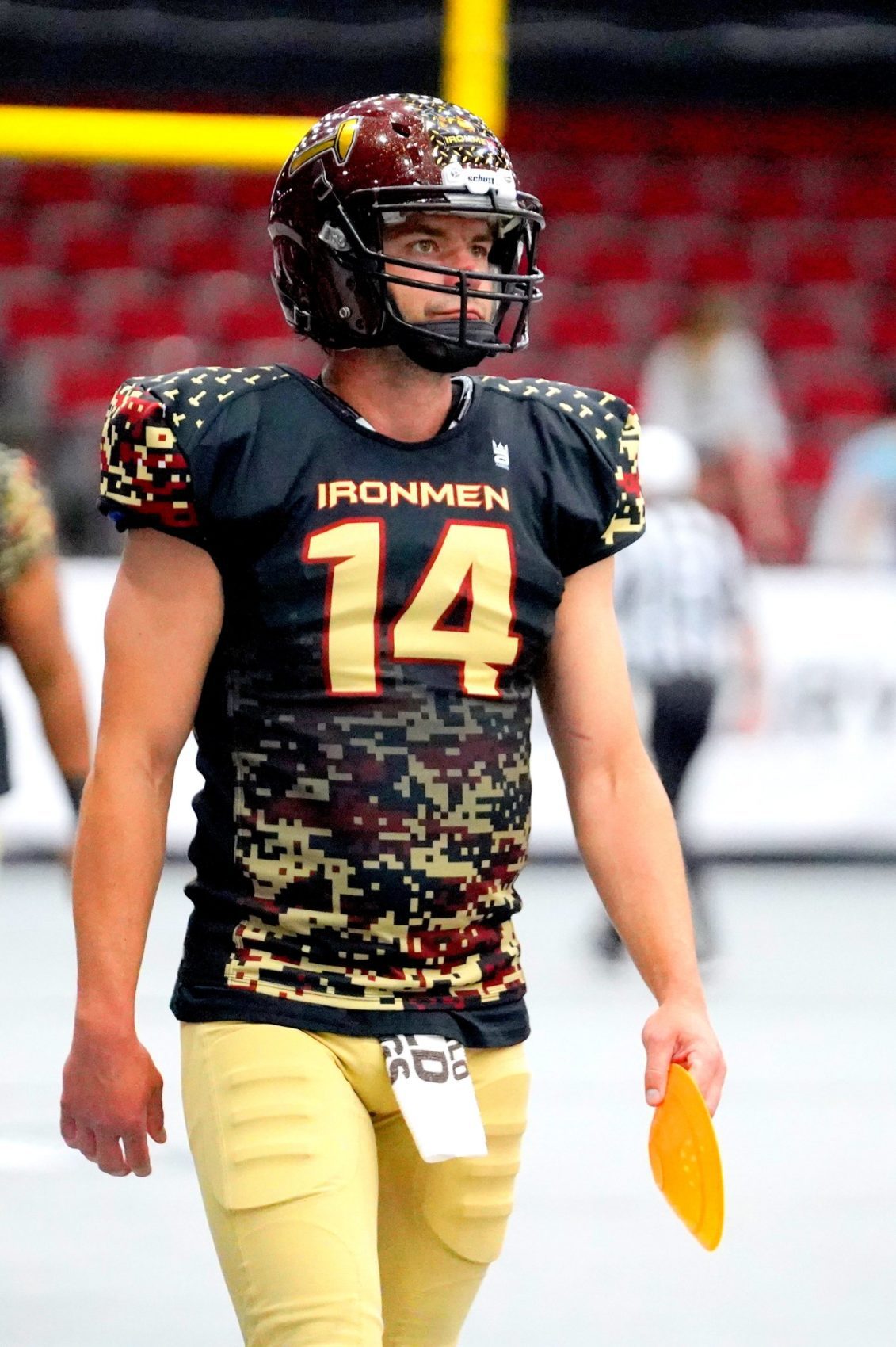 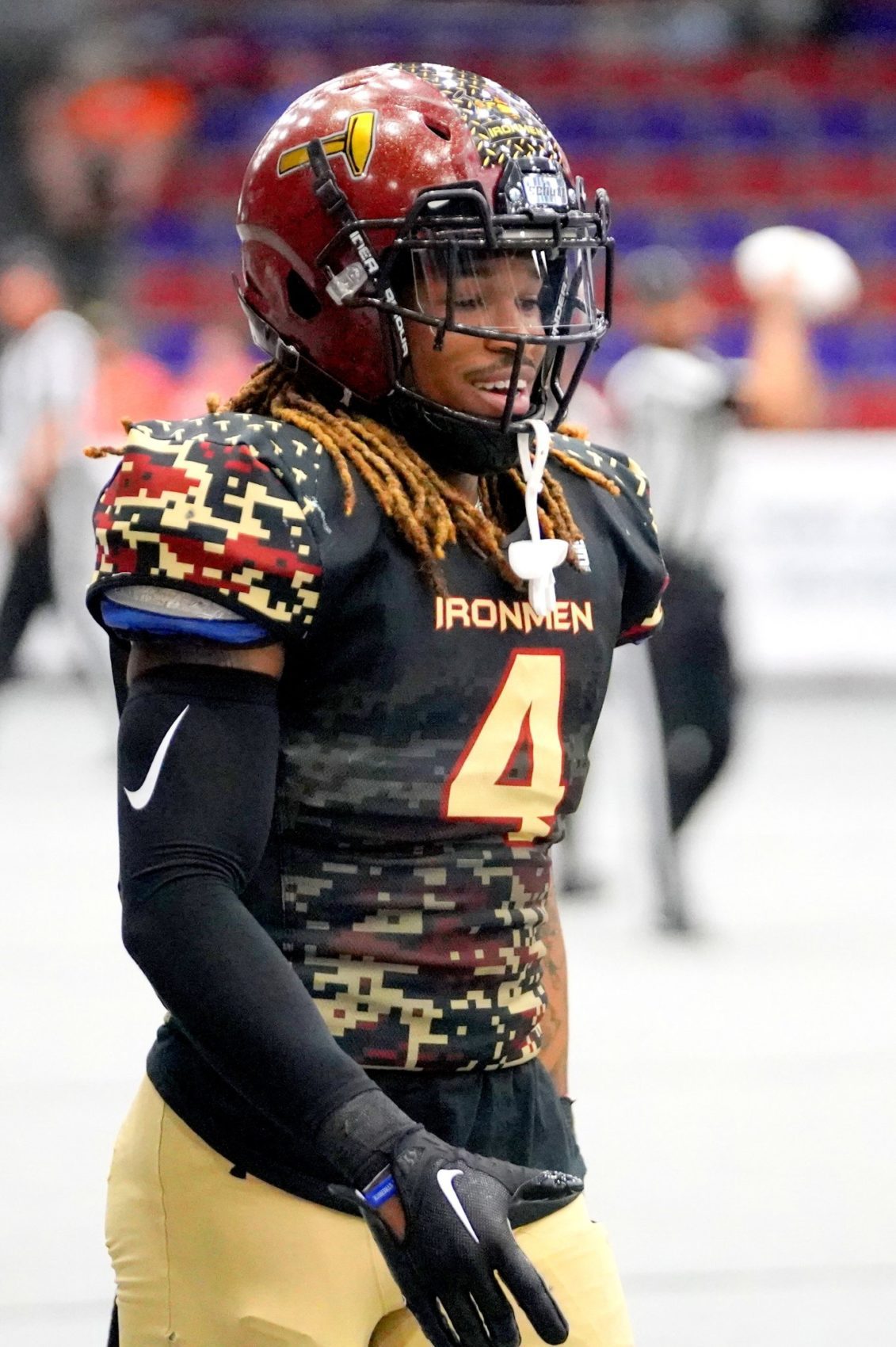 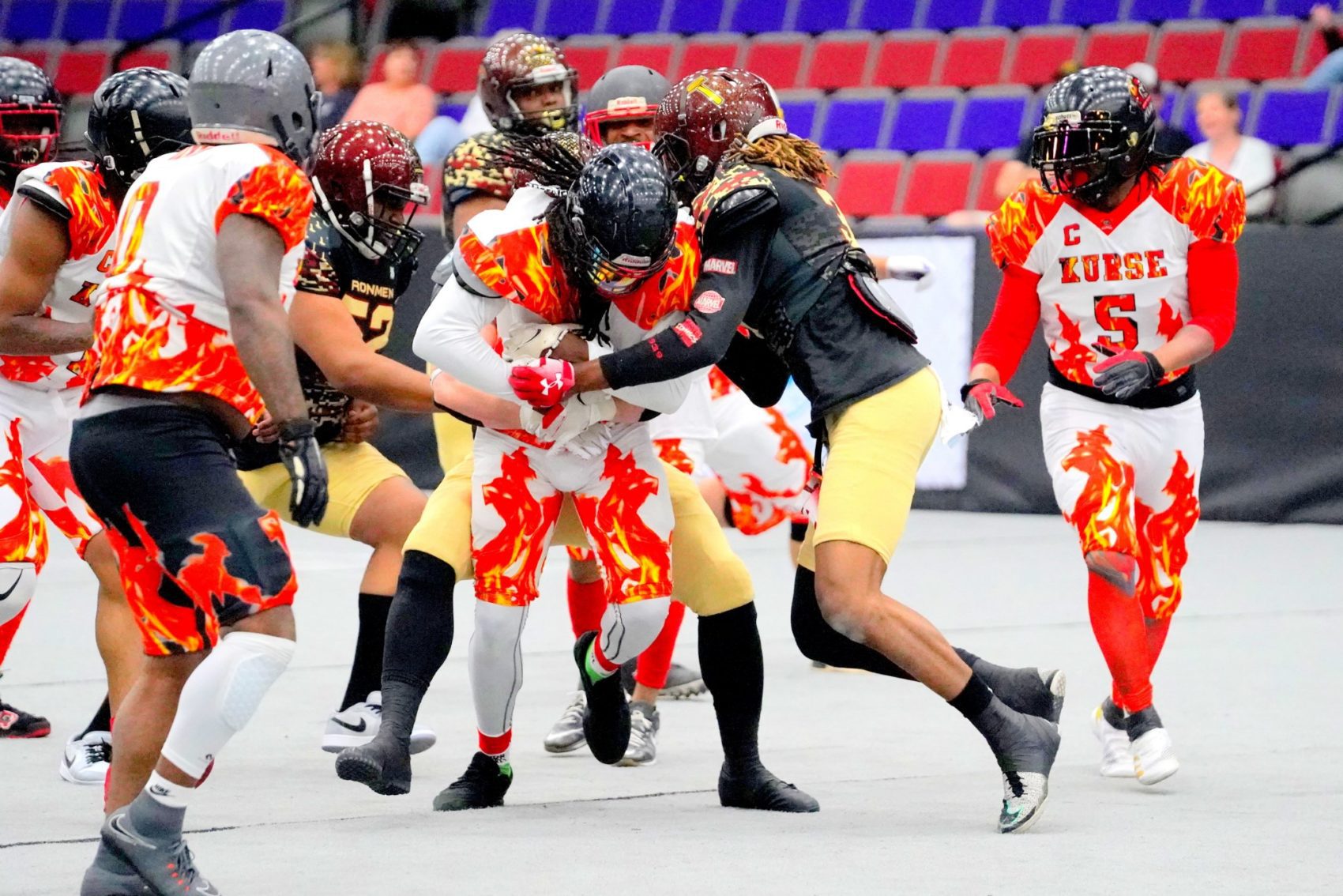 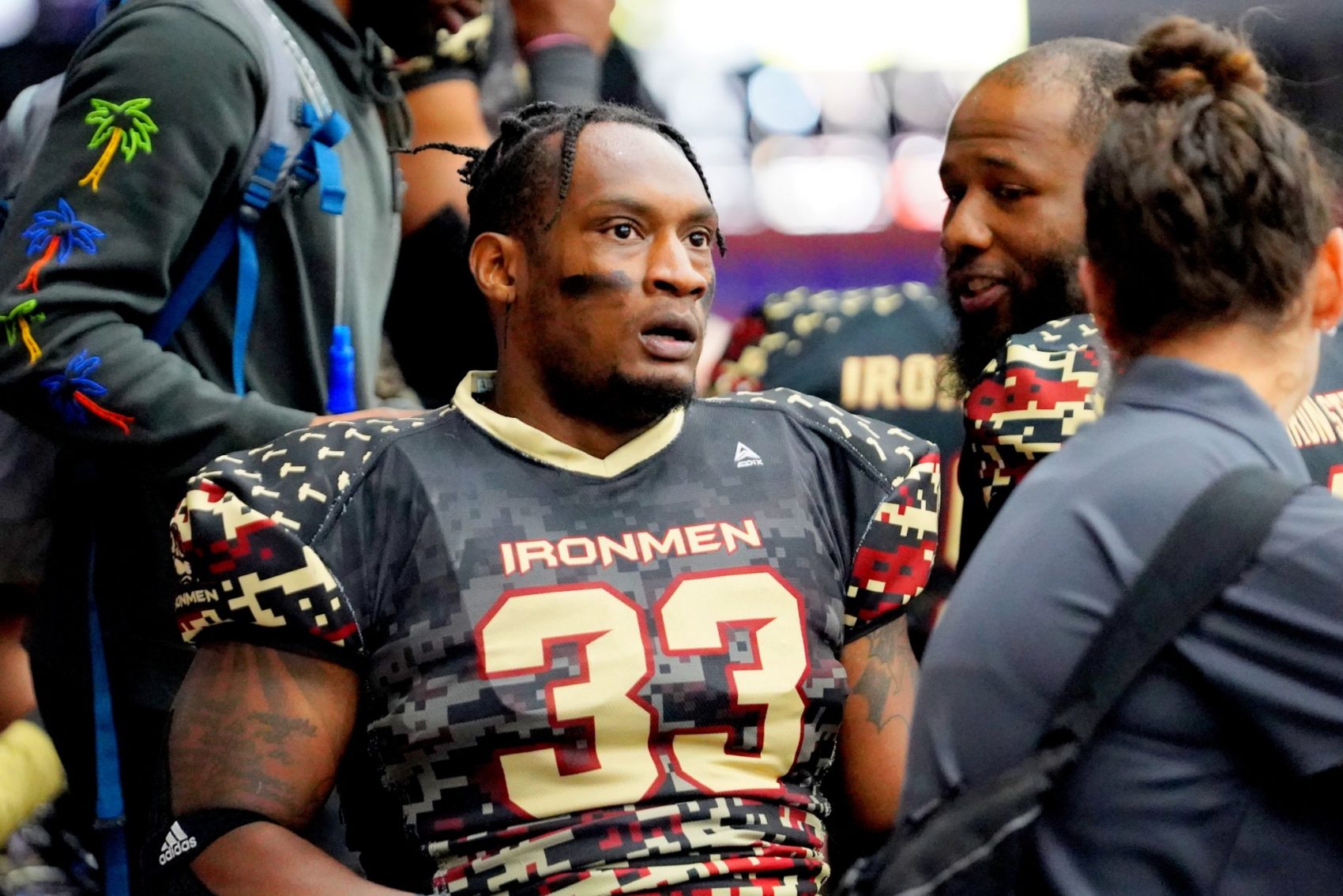 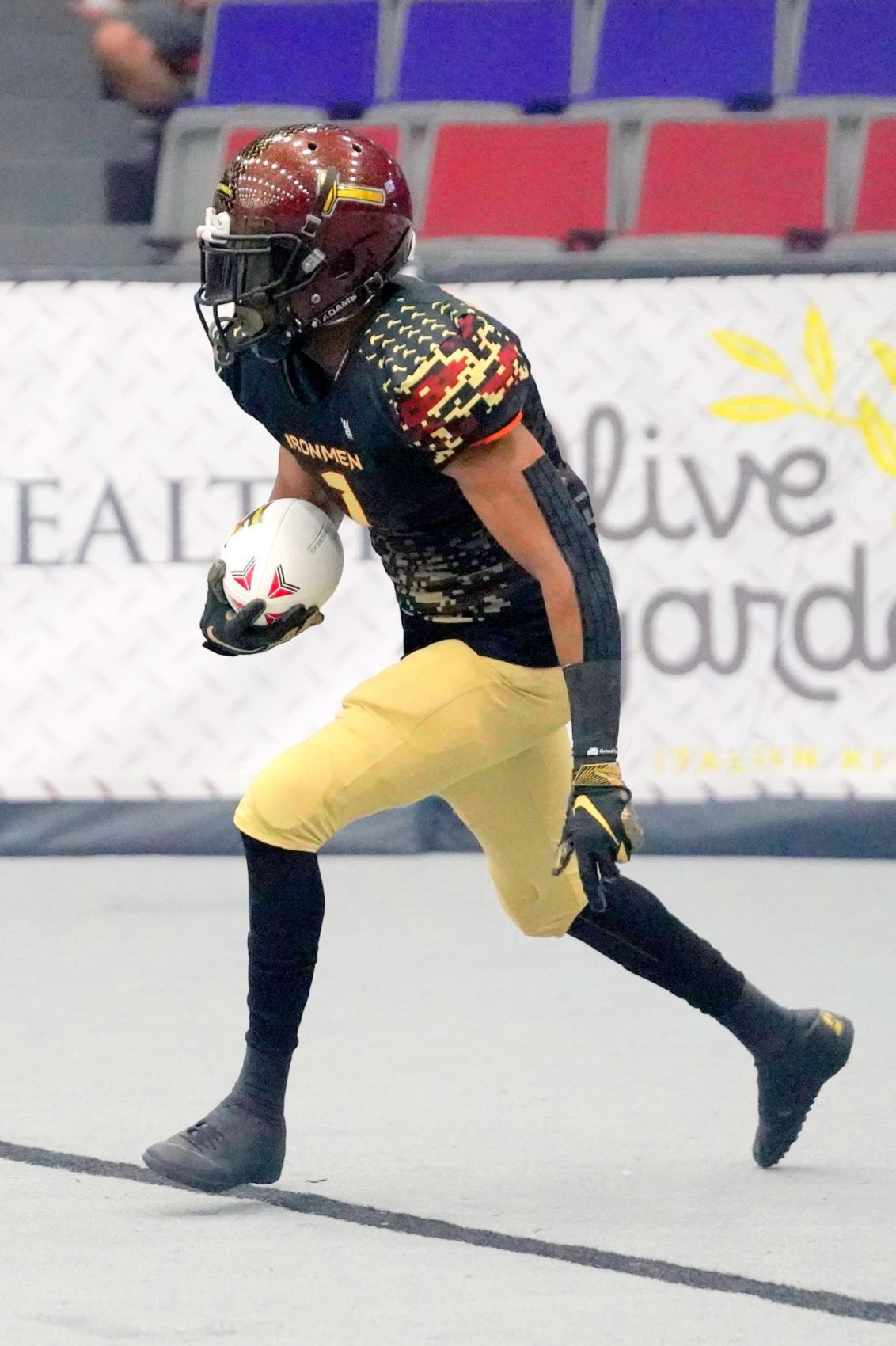 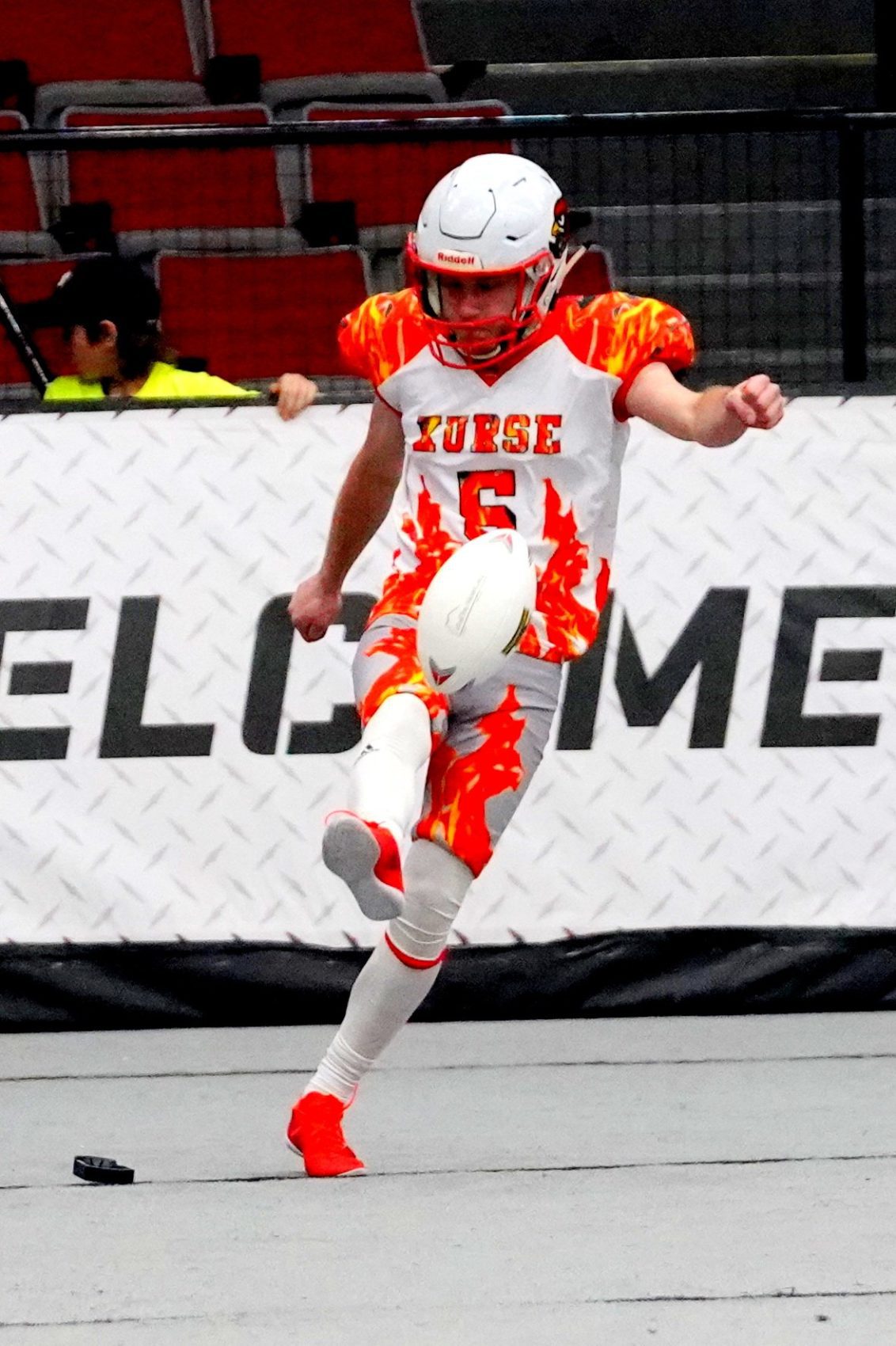 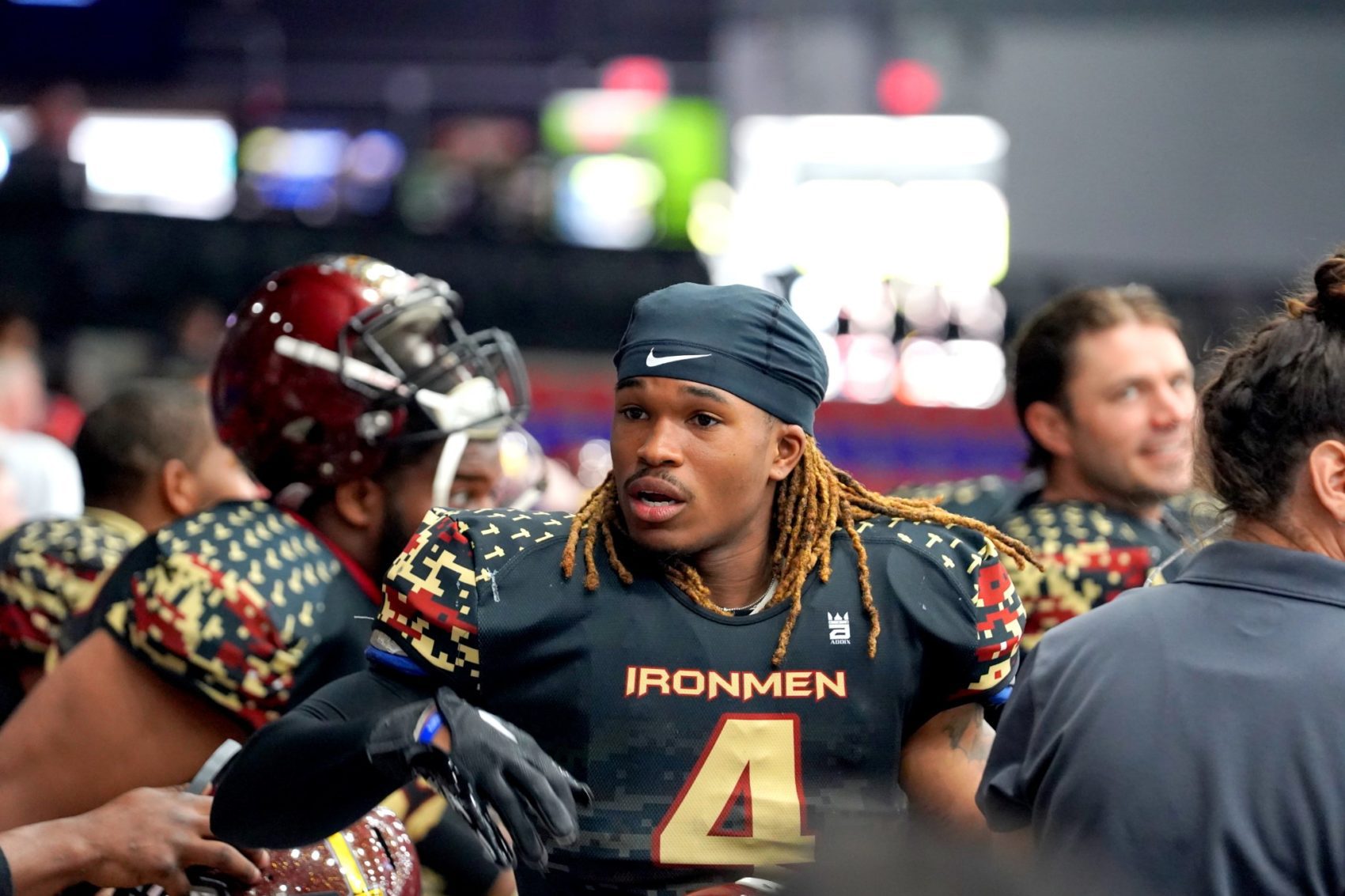 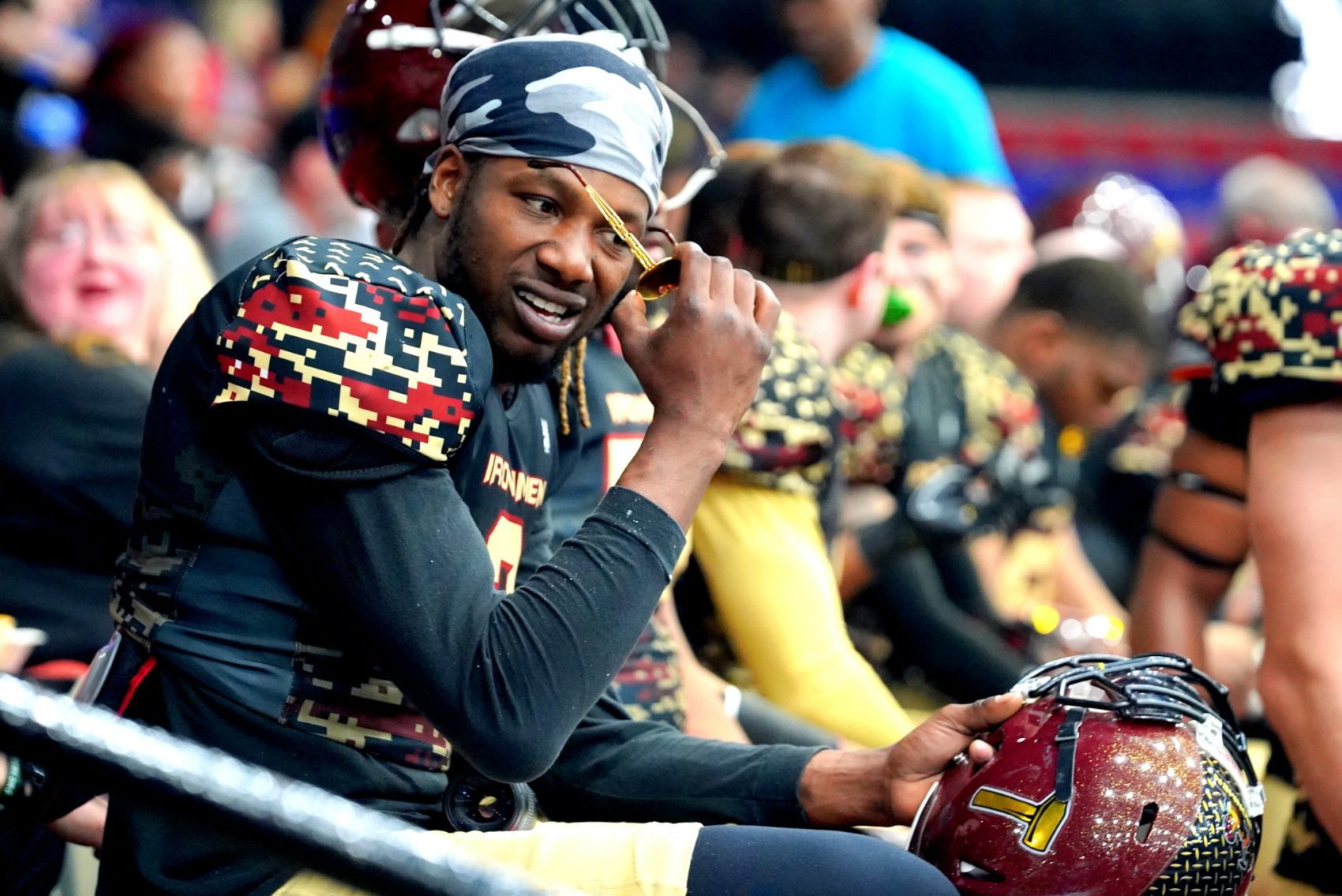 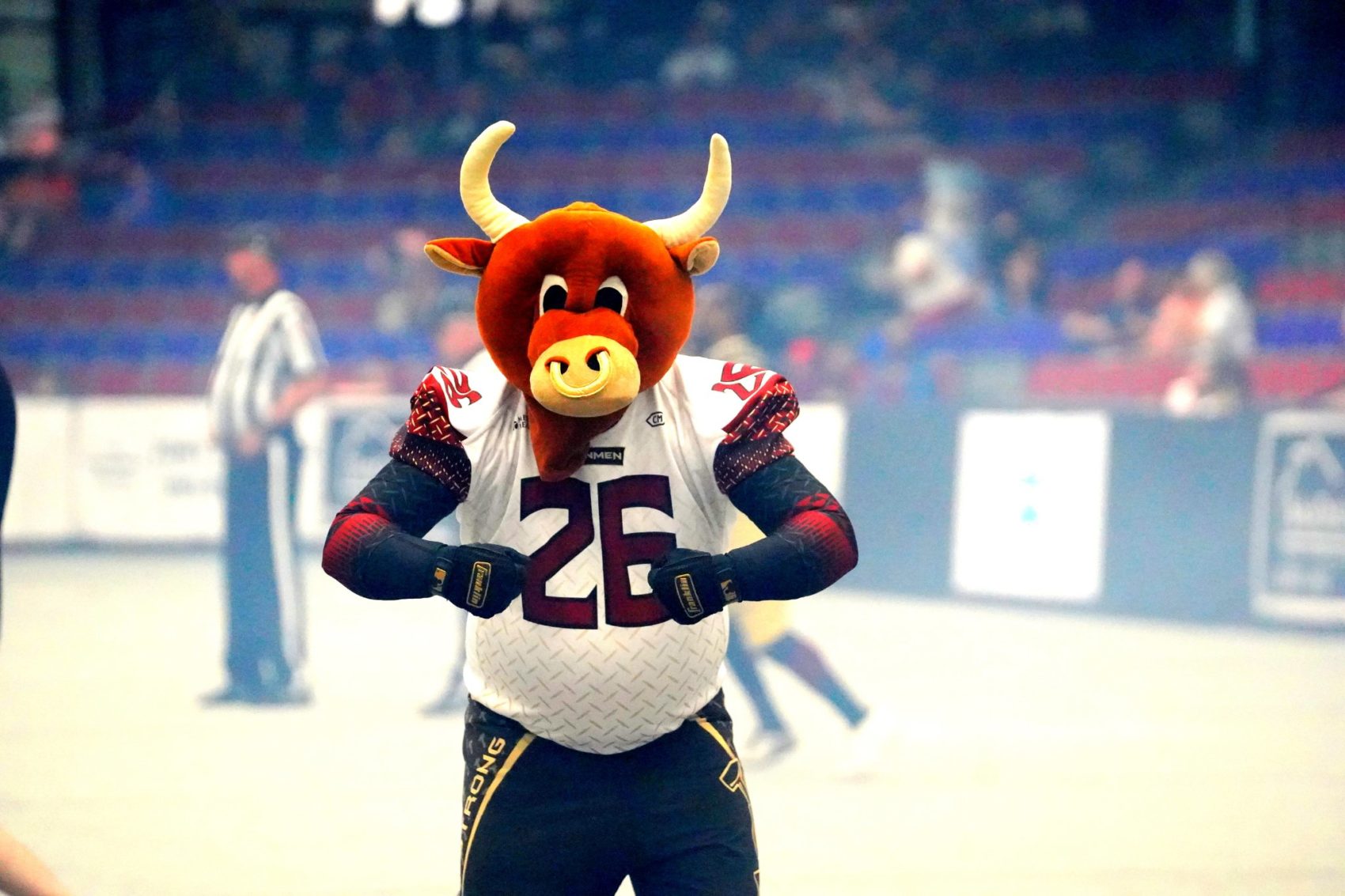 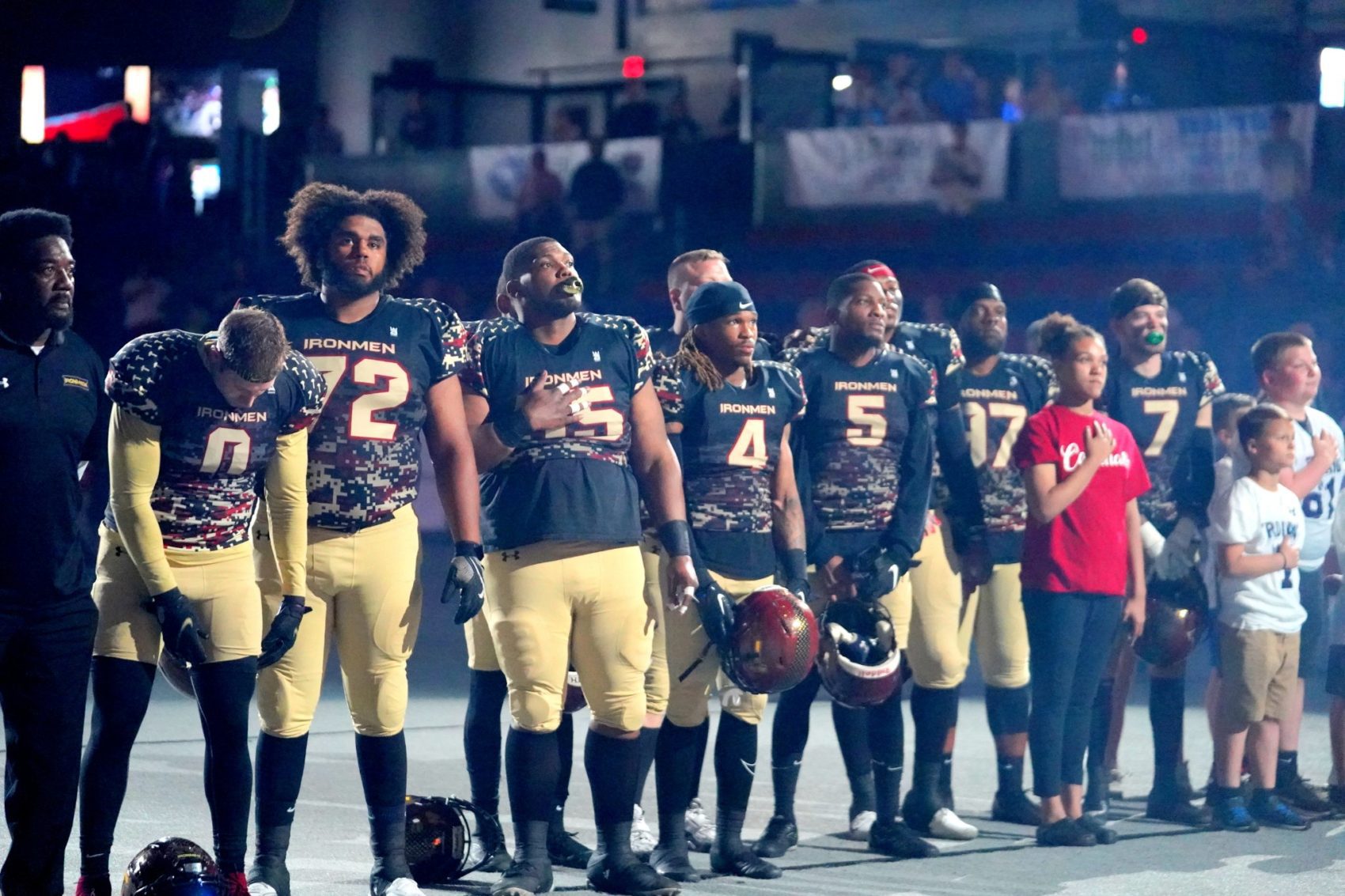 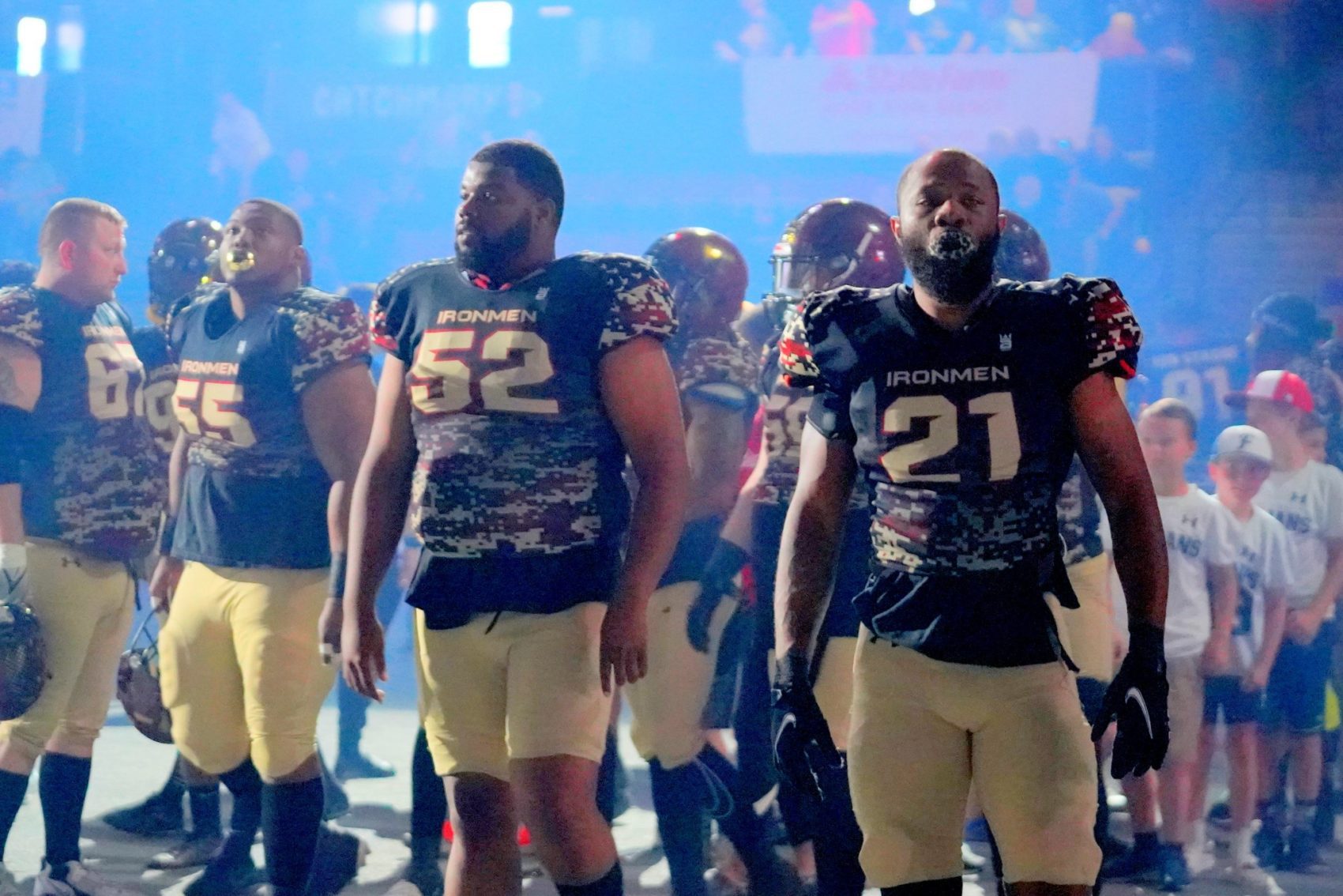 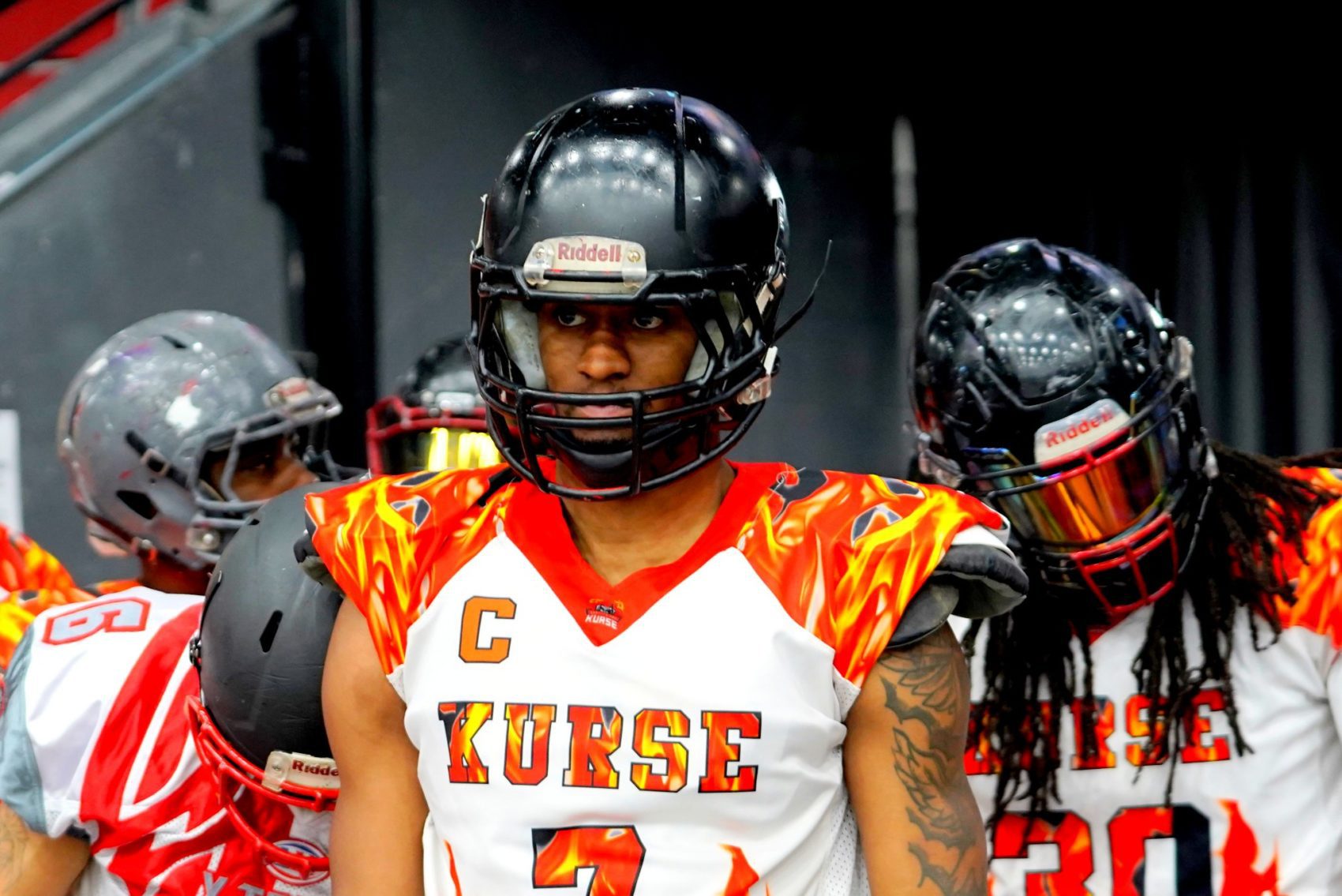 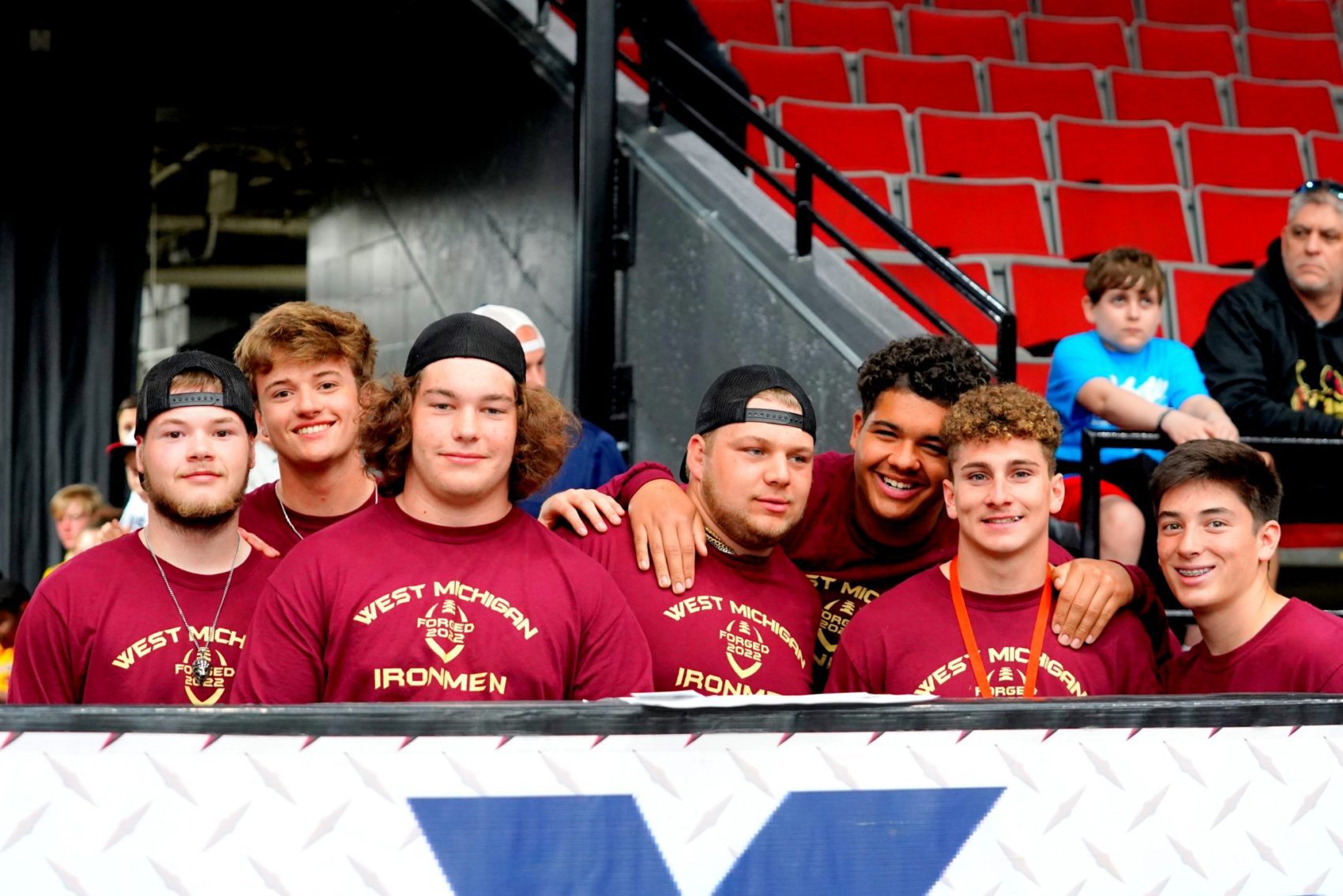