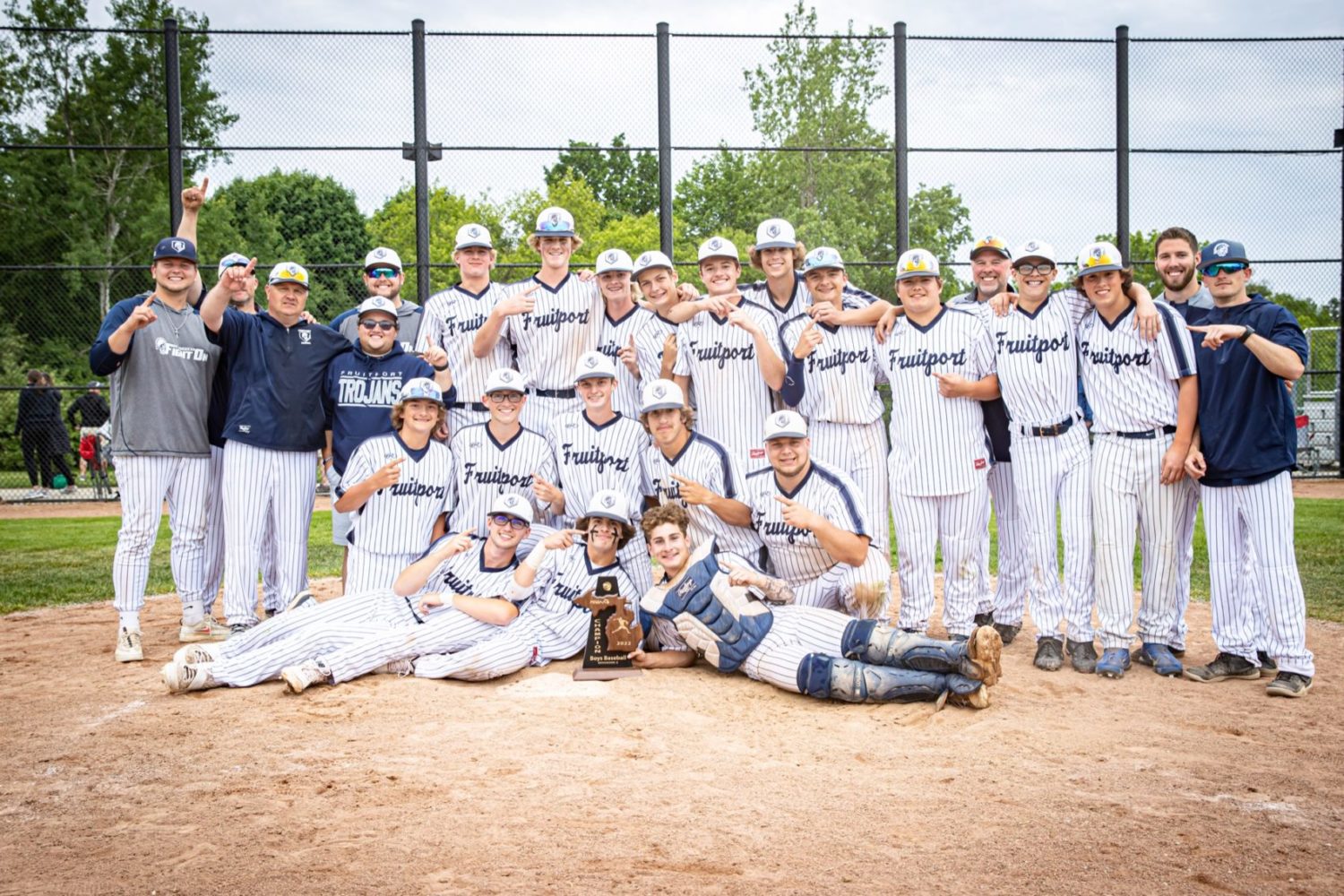 WHITEHALL — Fruitport’s baseball team sailed to an easy 12-3 victory over Spring Lake in the MHSAA Division 2 district championship game at Whitehall on Saturday.

It is Fruitport’s first district title in baseball since 2014.

Ryan Bosch picked up the win on the hill for the Trojans, going 6 2/3 innings and allowing two earned runs on four hits, walking two and striking out nine. Gavin Reames relieved him and struck out the only batter he faced to end the game.

Reames paced the Trojans’ 10-hit attack on offense by going 3-for-5 with a double, four RBI and two runs scored. Bosch went 2-for-2 with a doubleand two RBI, while Hayden Harper finished 2-for-4 with a double, two RBI and a run scored.

Aiden Vela was 2-for-3 with two RBI and four runs scored, while Cody Matuz contributed one base hit and scored a run.

Spring Lake took a 2-1 lead with a run in the bottom of the third inning, but the Trojans put up a four-spot in the top of the fourth and took the lead for good, 5-2.

The Lakers added their final run in the bottom half. Fruitport then scored single runs in the fifth and sixth, respectively, before a five-run seventh blew the game open.

Fruitport shut out Oakridge, 3-0 in the semifinals despite being out-hit 6-5 by the Eagles. The Eagles committed three errors in the contest.

Matuz went the distance on the bump for the Trojans, scattering five hits while walking just one and striking out 11 in seven innnigs.

He also hit a home run. Andrew Spyke was the only Fruitport player with more than one hit in the game, going 2-for-3. Bosch drove in one run with his base hit. Vela and Brady French each added a hit.