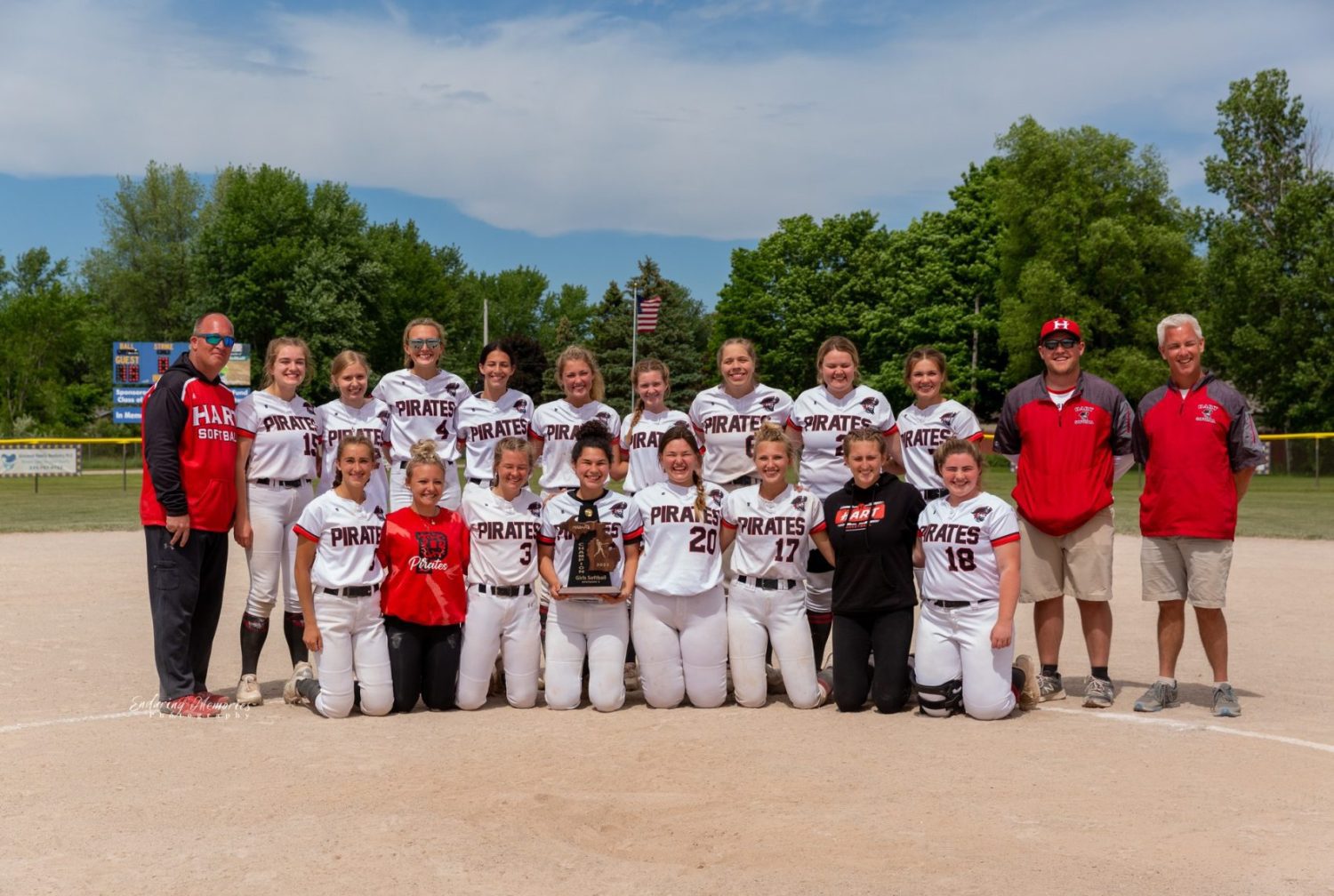 CLARE — Hart’s tournament run ended in the MHSAA Division 3 regional semifinals with an 8-1 loss to Evart at Clare on Saturday afternoon.

The Pirates struggled offensively against the Wildcats’ pitching, managing just one hit over the seven-inning game while giving up seven.

Errors also betrayed the Pirates, as they were guilty of making five fielding miscues. Evart, on the other hand, played a fairly clean game with only two errors.

Hart grabbed a 1-0 lead in the top of the first inning, scoring the run after the first two batters were retired in order.

Abby Hicks drew a walk, and proceeded to steal second to get in scoring position. She advanced to third on an error by the catcher, and came home when the catcher made another error on ball four to Gabbryella Schmieding.

Evart tied the score with a run in the bottom half, then scored two in the third and five in the sixth. Hicks had the only hit of the game for the Pirates.

Finley Kistler took the loss in the pitcher’s circle for the Pirates. She worked six innings and gave up eight runs (three earned) on seven hits and one walk, while striking out one.

Hart finishes the season with an 18-13 record.