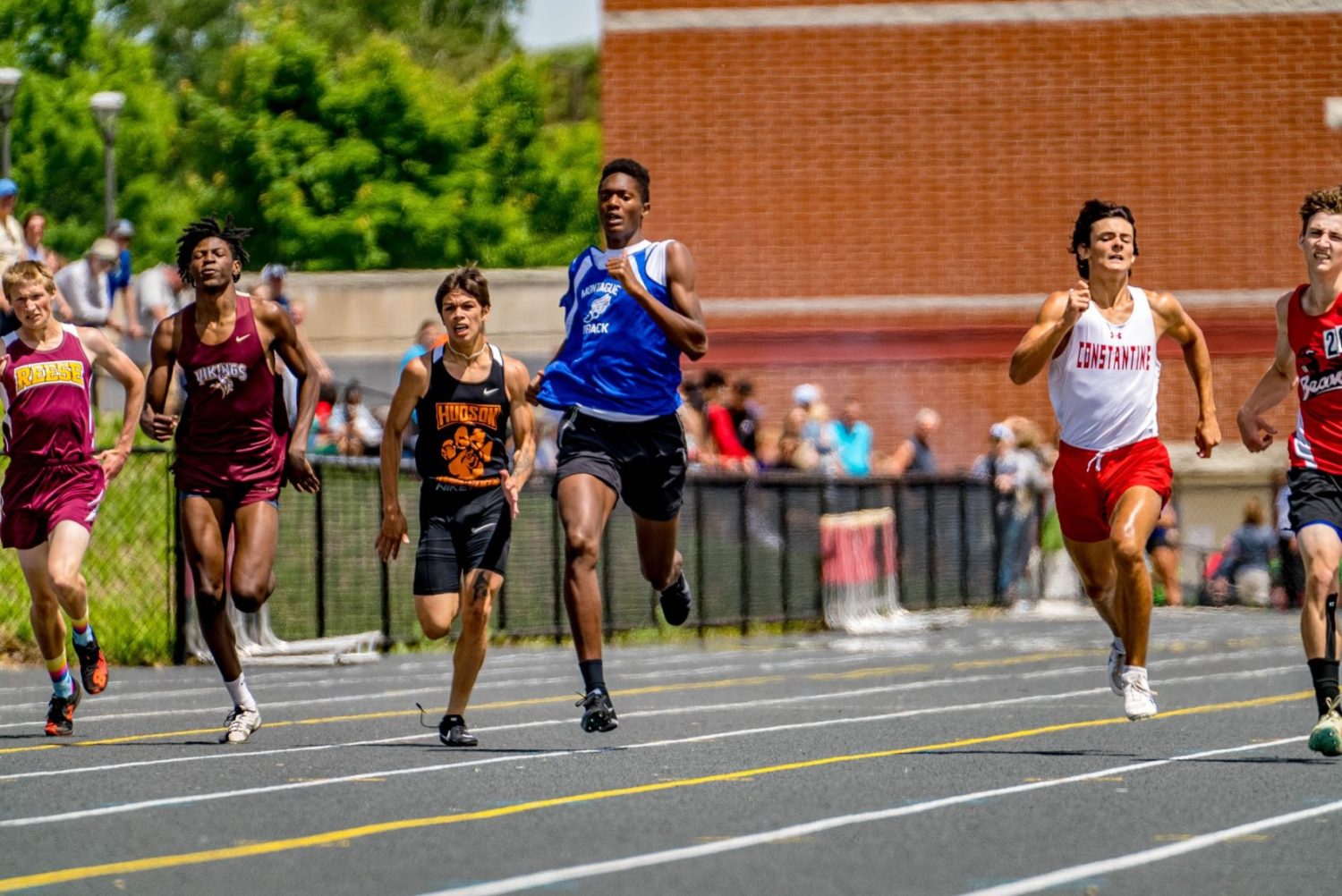 KENT CITY–The Division 3 track state finals took place Saturday at Kent City, and on the boys side, Hart placed fifth with a score of 29 and Mason County Central earned sixth with 28.

Leading the scoring for Hart were Kellen Kimes, Wyatt Dean and Clayton Ackley.

Kimes earned a first and second place in the discus and shot put, respectively. He won discus with a personal best of 165-10 and also in shot put with a 58-8 inch throw.

Ackley was another two-time all-stater. He led off the 4×800-meter relay team that took fourth and later ran a 9:33 personal best in the 3,200-meter to earn another fourth-place finish. 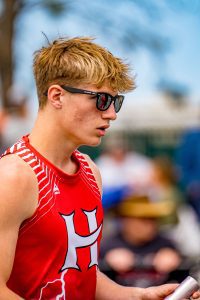 Clayton’s brother, Seth Ackley, also helped out Hart on the 4×800-meter relay and took 11th in the 3,200-meter run. Noah Bosley was Hart’s fifth all-stater and the final member of the 4×800 relay team.

Mason County Central was successful in the field events.

Thrower Andrew Quinn won a state championship in the shot put with a throw of 61-1.5 inches.

Ethan Wood, a pole vaulter, collected points for the Spartans with a personal-best vault of 13-3, good for fourth.

Thomas Swanson and Sam Martini from the Kent City earned all-state honors. Swanson placed sixth in the 800-meter run with a 1:59.19 (personal best). Martini took sixth in the 3,200-meter with a time of 9:42.

In the 400-meter, North Muskegon’s Jerry Wiegers and Montague’s Isaiah Atchison just missed out on all-state nods. Wiegers had a 51.54 and placed ninth and Atchison placed 10th. Both placed above their original seeding.

Montague’s 4×100-meter relay team ran at state. The team, made up of Silas Jancek, Paul Olson, Dylan Everett, and Adam Baird, beat their seeding by seven places to finish in 14th place with a time of 45.33.

Results from the meet can be found at: https://www.athletic.net/TrackAndField/meet/446343/results/all

Photo’s below are courtesy of LSJ photographer Jake Szetela 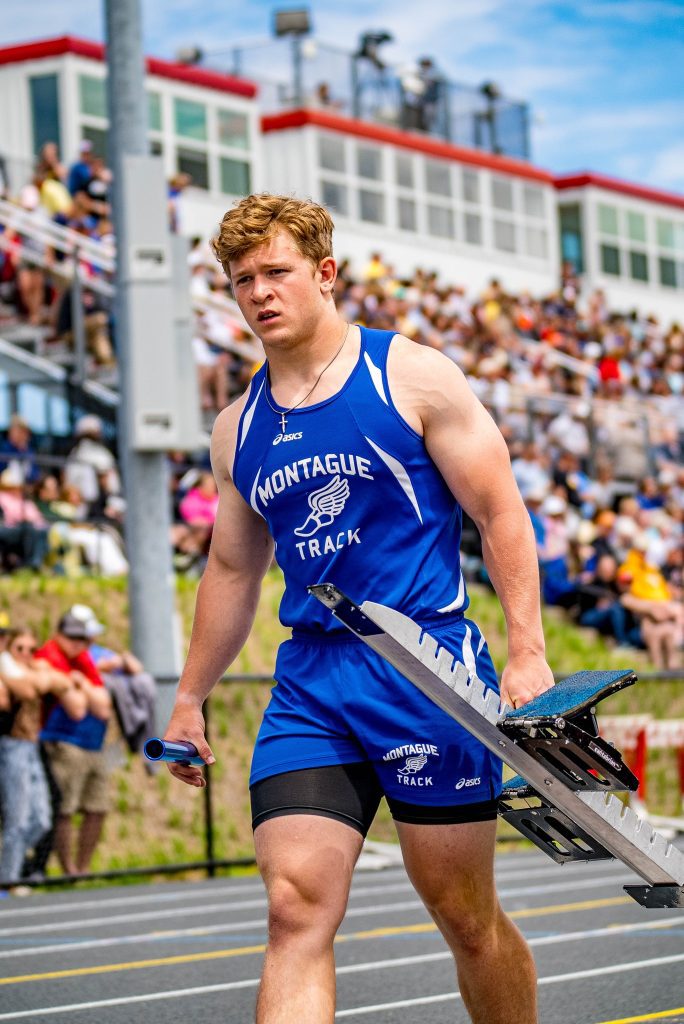 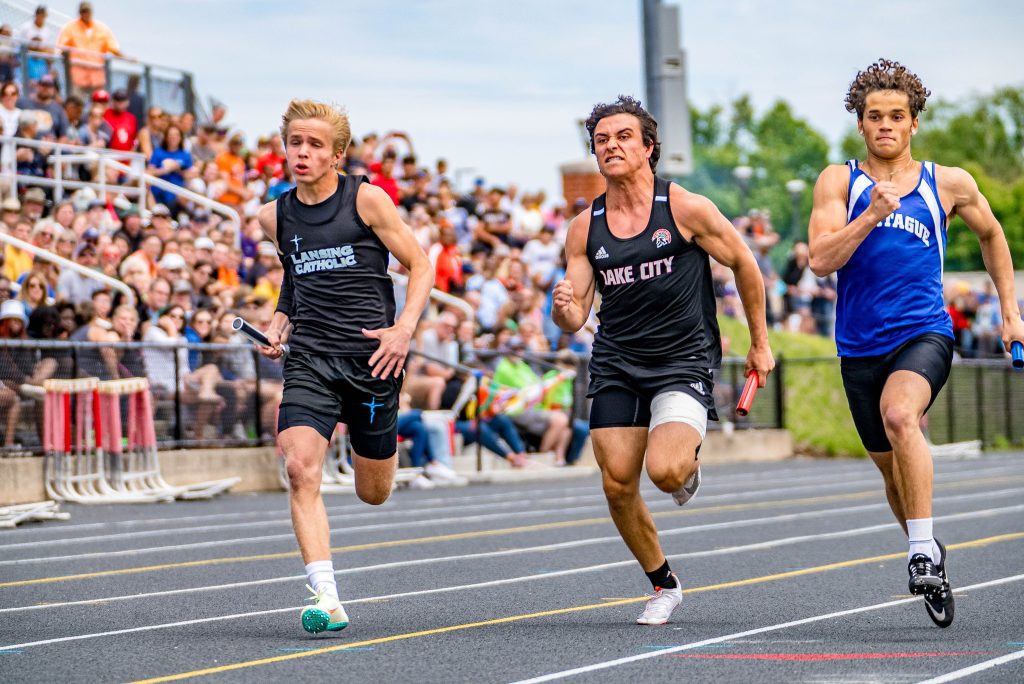 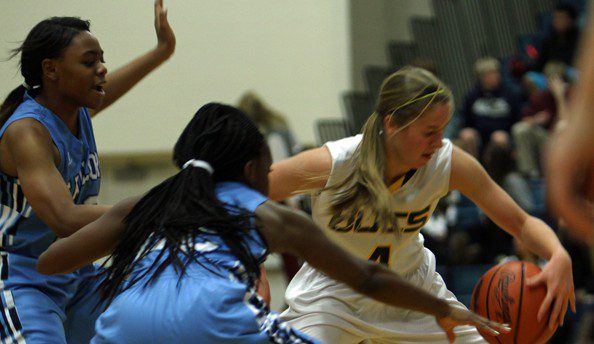