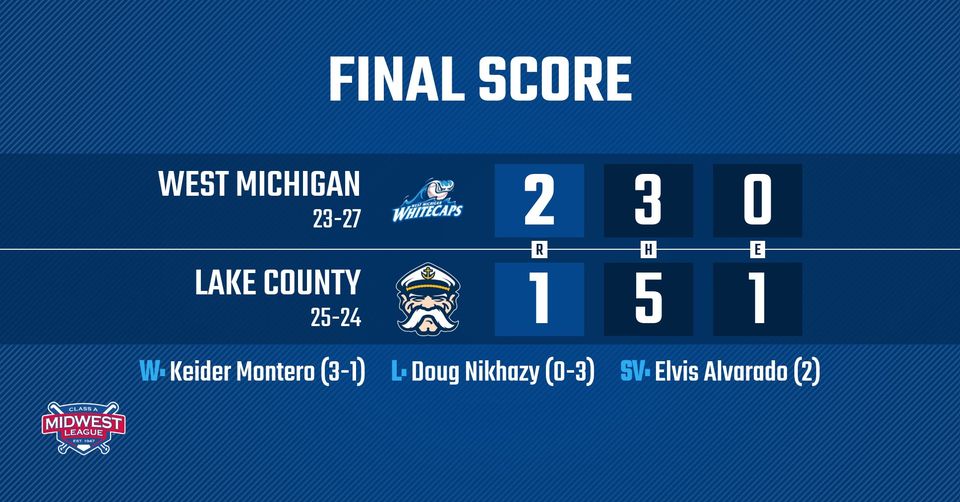 Montero had his longest start of the year, lasting 5.1 innings while allowing just one run on a season-high six strikeouts as Whitecaps pitching combined to hold Lake County to an 0-for-4 mark with runners in scoring position with 11 strikeouts in the slim victory.

Montero retired the first two batters he faced before Jhonkensy Noel blasted a solo home run to put Lake County in front 1-0 in the opening inning.

Ulrich Bojarski opened the third with a solo homer, his third of the series, before a double play helped Captains starter Doug Nikhazy tightrope out of a bases-loaded jam, leveling the score at 1-1.

Ben Malgeri reached base on a fielder’s choice to open the third inning before stealing two bases and scoring on a sacrifice fly off the bat of Bojarski, forging the ‘Caps in front 2-1.

Lake County managed only four baserunners the remainder of the game, as Whitecaps relievers Jack Anderson, Andrew Magno, and Elvis Alvarado combined for 3.2 scoreless frames with five strikeouts to slam the door on the slim 2-1 victory.

Montero (3-1) secured his third victory as Alvarado notched his second save, tossing 1.1 shutout frames with a pair of strikeouts.

Magno currently holds the longest scoreless streak of any Whitecap reliever, tossing 18.2 shutout innings over his last 15 appearances with 24 strikeouts. The Whitecaps improve to 23-27 as the Captains fall to 25-24.

The Whitecaps conclude this six-game series with the Lake County Captains with a Sunday matinee at 1:00 pm. Righty Jordan Marks gets the start for the Whitecaps against the Captains to finish the week in Eastlake.

Broadcast coverage with Nate Wangler starts on the Whitecaps Baseball Network at 12:45 pm. Get your tickets for all 2022 home games now at www.whitecapsbaseball.com. 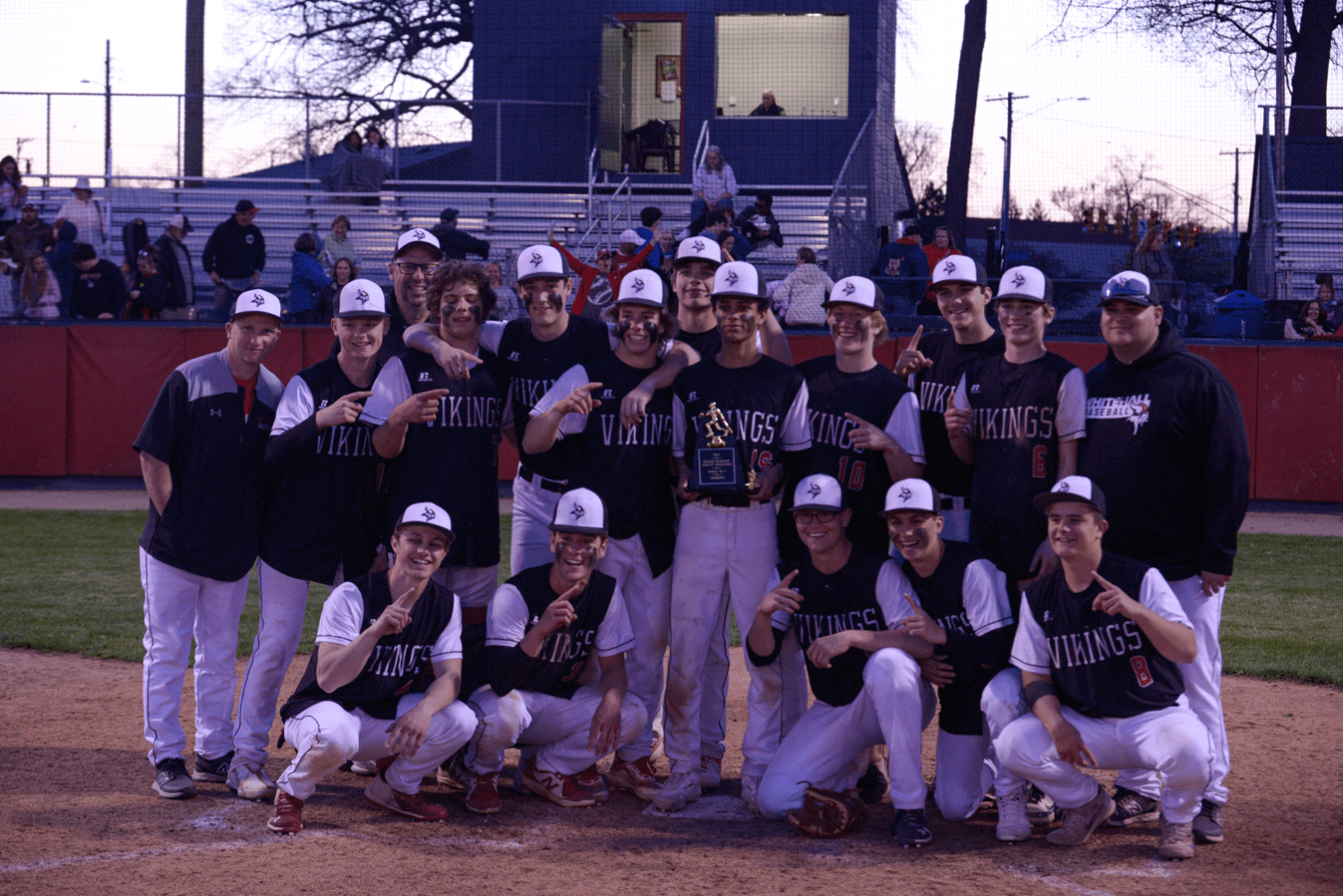